The cars produced by the Chrysler Group in the 1980s were by no means the most expressive. The company needed to dig its way out of the recession, so they were forced to produce almost all their models on the same “K-car” platform. This reflected positively enough in the company's financial statements, but it negatively affected the feelings of petrolheads.

But in the 1990s, things started to get better in general. Chrysler managed to do a great job rehabilitating the Dodge brand by releasing the Viper, while Plymouth fans had no less of a surprise in store. The Viper was a tribute to the Shelby Cobra, and it was decided to pay homage to people who confess hot rod values with the new Plymouth roadster. 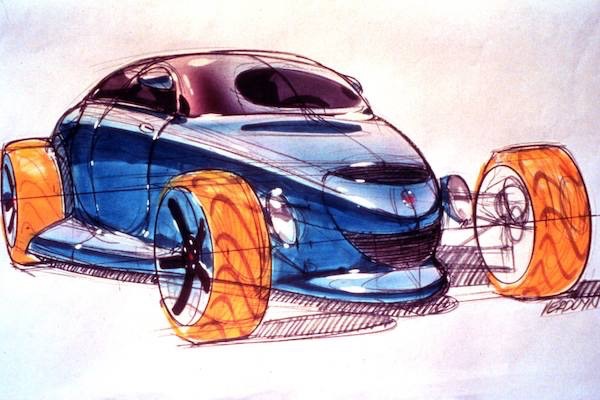 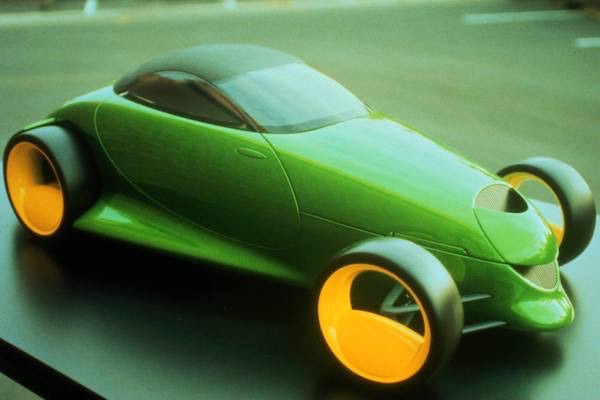 Tom Gale (former Chrysler head of design) had a 1933 Ford hot rod replica himself built according to sketches of his own design, and back when he was doing those sketches, he had an idea: why doesn't Chrysler make a modern hot rod concept? So the guys got to work, and the Plymouth Prowler – a nostalgic but modern hot rod that was “a rolling celebration of libido” (The Washington Post) – was already on display at the 1993 North American International Auto Show in Detroit. The Dodge Viper that made such a sensational début just a few years earlier had made its way to mass production, so for this precedent alone, the Prowler that became the star of the 1993 Detroit show also had a chance.

So after the success of the concept, the design office had to get to work, and they got a task that was even more complicated than in the case of the Viper. The thing was that from a technical standpoint, the Viper was a relatively standard product with a steel body. Meanwhile, the Prowler had become a base for much more serious experiments. Tom Gale decided to use as much aluminium as possible in the Prowler because he felt that light metals were the future of automotive manufacturing, but Chrysler had virtually no experience in this field at that point. 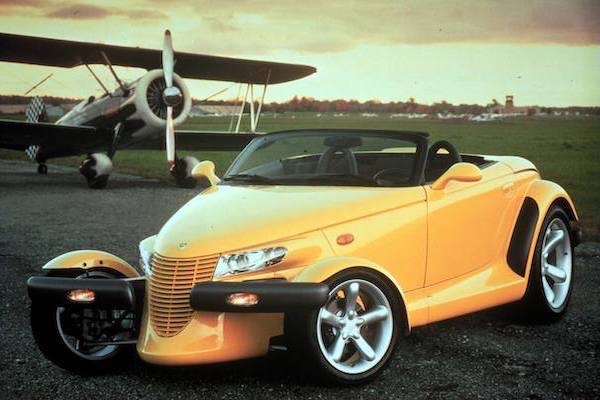 From 1999 Prowler was available in yellow
©Plymouth archive 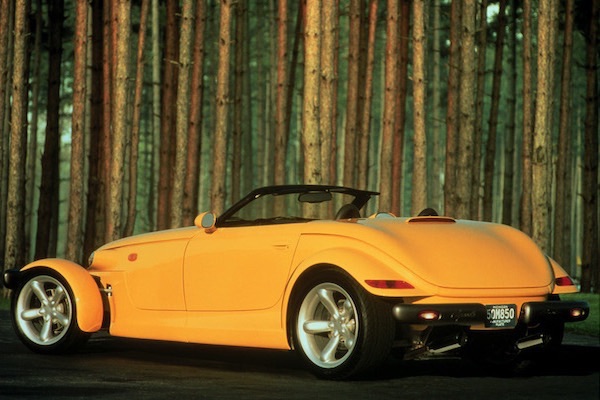 They managed to overcome the aluminium challenge, but then they were faced with the challenge of fitting a V8 under the bonnet – a plan that was ultimately abandoned. The car had to make due with a V6 because the idea behind the Prowler was primarily in its appearance, and the designers didn’t want to sacrifice the harmony of the graceful body lines just to stick a big engine under the bonnet. Thus, three years after the concept came out, purple metallic Plymouth Prowlers were already parked at dealerships, waiting for buyers. Under the shiny paint there were 400 kilograms of ingeniously used aluminium, and in this sense, the Prowler – along with the first-generation Audi A8 – was a complete innovator in the production vehicle market. 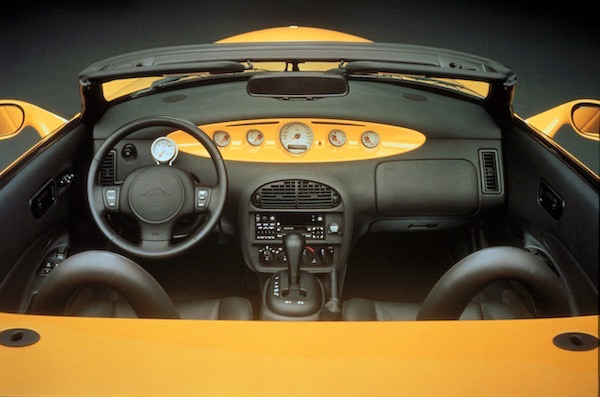 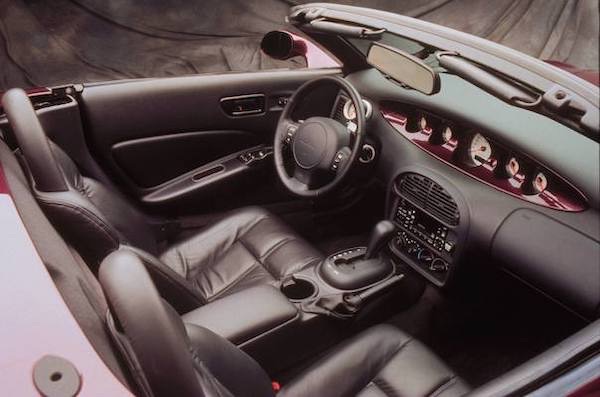 The Prowler was a good-looking and interesting roadster with a relatively reasonable price tag of USD 38,000, but its impressive appearance hid some major flaws. First of all, there was the V6 engine, which though powerful enough (214 HP), was, as American car lovers saw it, light years away from the essence of hot rodding. The small fuel tank and small boot were also not what people usually imagined in American cars. Because of the small boot, Mopar even offered an aftermarket option – a trailer that echoed the Prowler’s rear end.

Chrysler held a special presentation for hot rod journalists. They were impressed by the company’s efforts to move the hot rod culture into mass production. Until then, it seemed impossible that a car with open front wheels could pass all of the required safety tests. Yet despite the retro look, it was not a purchase that a genuine hot rodder would want. Especially since it didn’t have the most important feature of a hot rod – a growling V8. 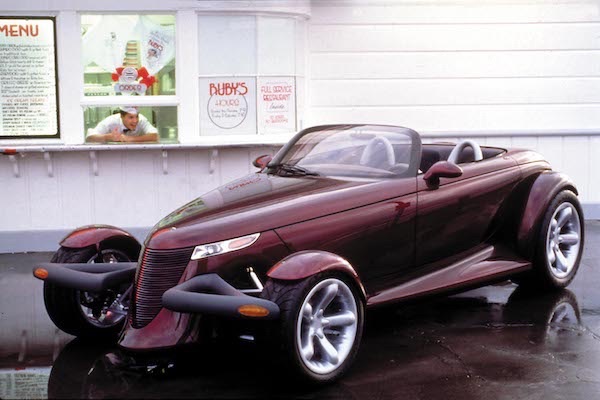 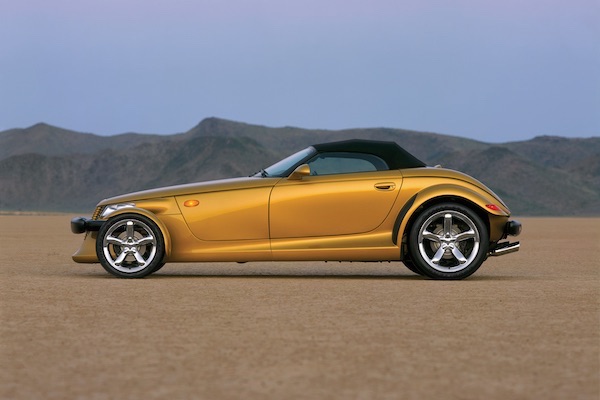 True, the Prowler V6 was upgraded in 1999 to 253 HP, making it as powerful as many small-block V8s. It also became available in more colours, since the only choice during the first year of production was purple metallic. However, sales declined steadily, and Plymouth itself was also on its last legs. The Plymouth brand was discontinued in 2001, and the Prowler was sold as a Chrysler model in its last year of production. 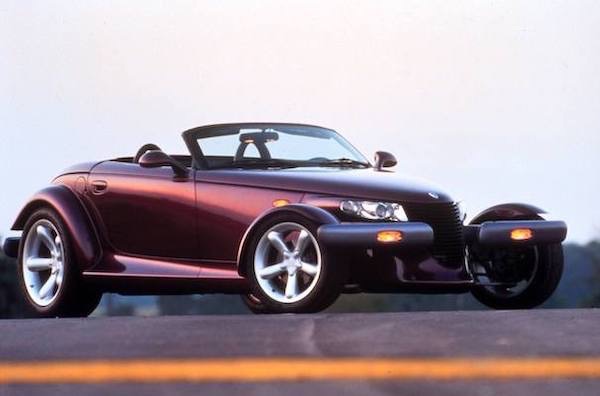 Purple metallic was the only colour available in 1997
©Plymouth archive 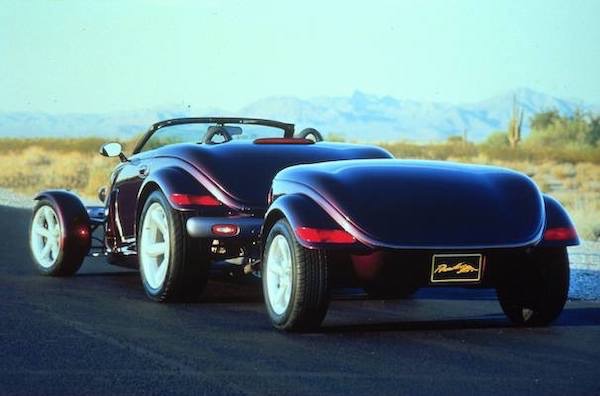 Special trailer could be ordered from Mopar
©Plymouth archive

A total of 11,702 Prowlers were produced, and this not a lot considering Chrysler had expected to sell about 5,000 cars per year (something they didn’t manage to achieve in any of the years that it was in production). Purely arithmetically, this was a net loss for the company, since development of the model cost about USD 90 million. Yet in broader terms, it was not such an unsuccessful project. According to management, they were already spending tons of money every year on stupid TV ads that nobody even remembered a few minutes later. Meanwhile, models like the Prowler made a lasting impression on people and changed their view of the entire Chrysler corporation for the better. Not to mention the technological know-how for using aluminium. 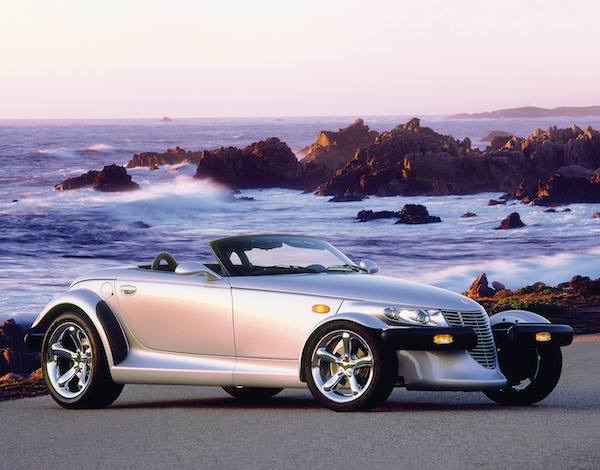 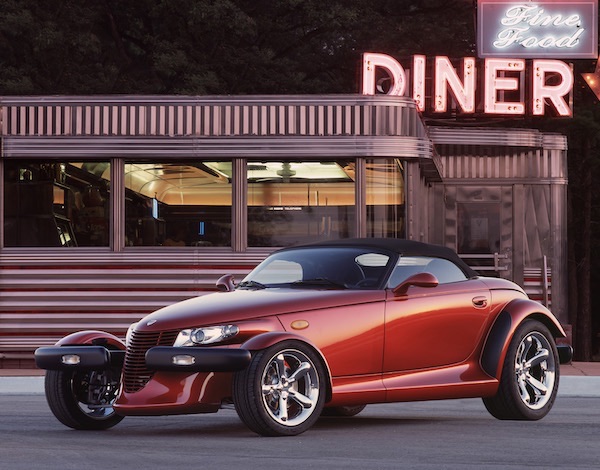 It’s unlikely that the Plymouth Prowler will become a highly valued classic car in the future, but it is – for its uniqueness alone – one of the most interesting products in contemporary automotive history. In the words of Kevin Verduyn, one of the Prowler’s key designers: “No mainstream car company had ever done anything this bizarre.”