“Being second is to be the first of the ones who lose” – this famous Ayrton Senna quote objectively describes his approach to both life and racing. The Brazilian is one of the most celebrated Formula One racers of all time, having become the world champion three times. In terms of ups and downs, his career could be compared to a roller coaster, but Senna is remembered as a fighter who never gave up in the pursuit of his one and only goal – winning.

Like many racing drivers, the extraordinary Brazilian began his career in karting. In 1981, at the age of 21, he moved to an open-wheel car and went on to win the British Formula Three Championship in his third season. The next year the Brazilian moved up to the ‘Queen of Motorsports’ – Formula One, where he already amazed the world with his skills in his first season.

During the first F1 race of his career, Senna didn’t make it to the finish, but he scored his first points during the second. By the middle of the season, motorsport fans all knew his name. At the Monaco Grand Prix, there was heavy rain and the drivers were going very slowly, with the exception of the daredevil Brazilian who had qualified 13th the day before. Without having a fast car, he passed his opponents one after another and overtook Niki Lauda for second on lap 19. The Brazilian was quickly gaining on race leader Alain Prost, beating him by as much as four seconds on some laps; but he never did manage to pass him since the race was stopped on lap 31. That was Senna’s best performance in his debut season. 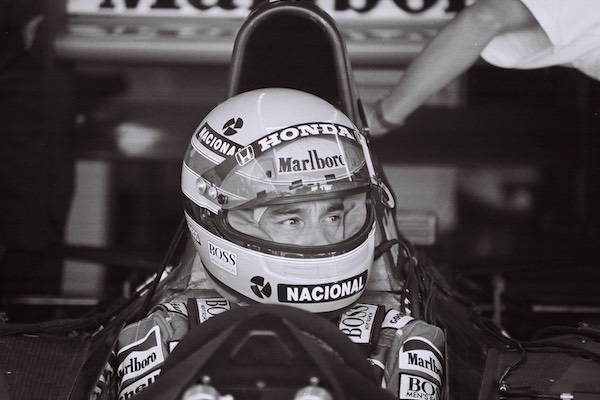 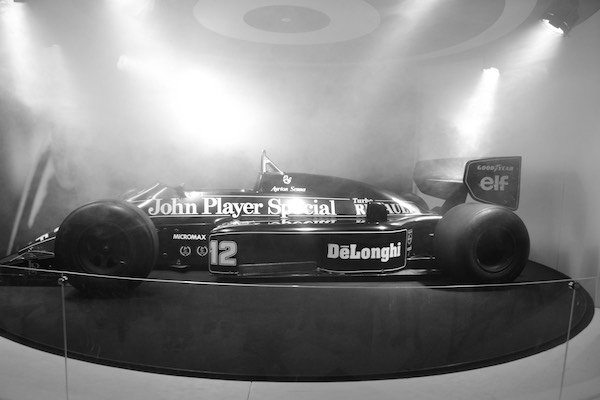 Even though he was racing for Toleman, which didn’t have the fastest cars, Senna still made it to the podium two more times during the 1984 season and was 9th in the driver standings at the end of the year.

In 1985, the Brazilian raced for the Lotus team and became a pole position master, winning seven qualifying sessions that season; however, he often failed to finish the race due to the unreliable nature of the Lotus 97T, and ended up 4th in the overall standings for the season.

In 1986 and 1987, Senna represented the same Lotus team and finished the 4th and 3rd in the final season standings respectively. However, the yellow and blue Formula One car was not cut out to reveal the Brazilian’s full potential.

In 1988, Microsoft released the MS DOS 4.0 operating system, Hurricane Gilbert devastated Jamaica, and Senna’s moment of fame began in the Formula One world. After moving to the McLaren team, the Brazilian became the teammate of Alain Prost – a person who was Senna’s equal in terms of leadership qualities and egocentricity. Thus, 1988 became the year which marked the beginning of one of the greatest internal rivalries in the history of Formula One. 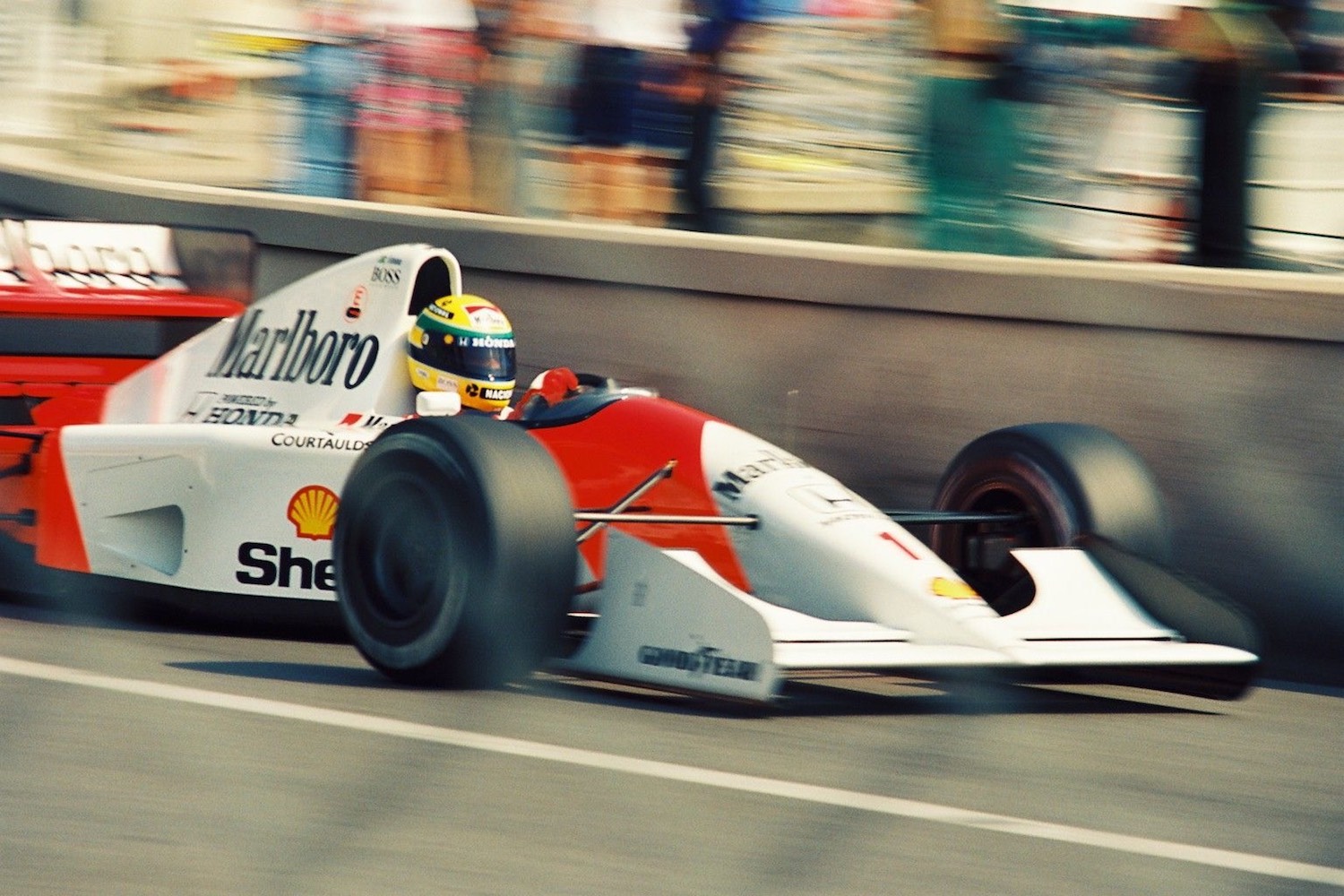 Signed with the best team of that time, two of the best racing drivers of that time did not become friends. Their duel was probably a bit exaggerated by the media, but even without the newspapers it was obvious that the Brazilian and the Frenchman were worthy opponents. Their discord was highlighted by the same year of 1988, when Senna became the Formula One world champion for the first time, even though Prost had scored more points over the season. This happened because due to the poor reliability of Formula One cars at that time, only the 11 best scores of the 16 stages were counted in the final standings. This made the Brazilian the champion, while his more experienced teammate was left in second due to the specifics of F1 scoring.

In 1989, Prost was faster in the duel between the two McLaren drivers. A year later, in 1990, Prost was lured by an Italian offer, and after a seven-year career in the ranks of McLaren, he joined the Ferrari team. The Frenchman wasn’t there for long: he was fired in 1991 for criticizing the team car. After skipping the 1992 season, Prost returned to Formula One with Williams in 1993.

On the McLaren team, Austrian Gerhard Berger became Senna’s teammate. He was no competition for the Brazilian, who won two F1 championships in a row – in 1990 and 1991. 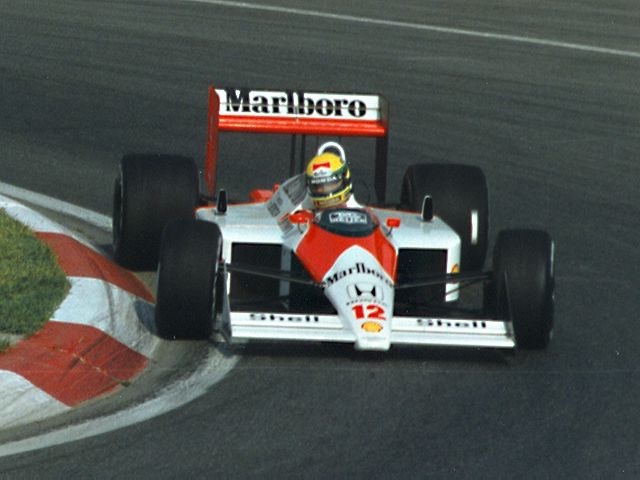 Later, competition kept growing for the McLaren team: Williams unveiled a new car in 1992 that had an active suspension which changed the car’s handling on corners radically. Benetton developed an excellent car and signed a future star – Michael Schumacher. Senna was a regular on the podium for three years, but the Brazilian was kept from first place in the championship by McLaren’s lack of reliability – Williams dominated in this area. The 1992 F1 champion became this team’s driver, Nigel Mansell, and in 1993 it was Alain Prost.

Senna wasn’t lacking speed: up until the tragic end to his career, he had the Formula One record for pole positions. The Brazilian beat all of his competitors in qualifying 65 times – in almost every other race that he started in.

The Brazilian started the 1994 season with Williams, which was the fastest F1 team at the time, where he replaced the retired Alain Prost. During testing, Senna was not happy with the new Williams car and mentioned on more than one occasion that he didn’t like the way it handled.

“It‘s going to be a season with lots of accidents, and I’ll risk saying that we’ll be lucky if something really serious doesn’t happen”, - said Senna before the start of the 1994 season. 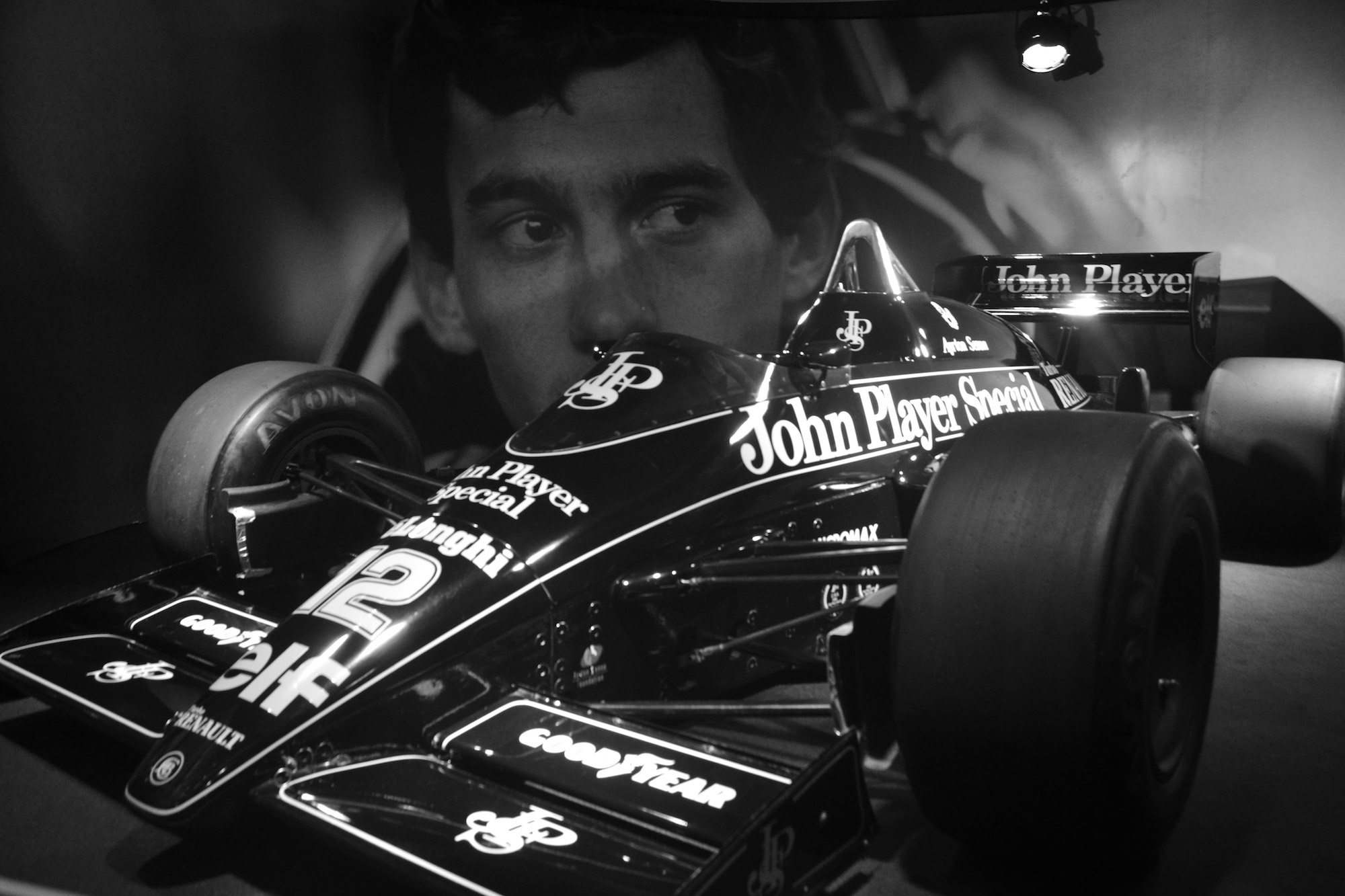 The Brazilian didn’t score any points in the first two races of the 1994 season, so the third start at the Imola circuit (San Marino) was supposed to be the beginning of his season. The Grand Prix in Imola marked the start of the F1 season in Europe, where the entire race caravan would travel for several months from one country to another.

The San Marino weekend began tragically. During the Friday session, Rubens Barrichello – a good friend of Senna’s – had a major accident that left him with a broken nose and arm. During Saturday’s qualifying, F1 rookie Roland Ratzenberger’s car lost its front wing at a speed of 310 km/h and crashed into a concrete wall. The driver was killed.

On race day, Senna retained the lead, but JJ Lehto and Pedro Lamy crashed during the start, with the wheels and debris from their cars injuring eight fans and a police officer. The safety car appeared on the track, and once it pulled off, Senna set the fastest time of the race on lap 6; on lap 7, while rounding the Tamburello corner at more than 300 km/h, his car slipped off the racing line and hit a concrete wall at 233 km/h.

A medical team appeared at the crash immediately and extracted the Brazilian, who had experienced significant blood loss, from his car – he was taken to hospital promptly. The same evening, head of the hospital’s emergency department Dr Fiandri announced the tragic news – Ayrton Senna had died. According to the doctor, the official time of death was 2:17 pm – the moment Senna’s car hit the wall. 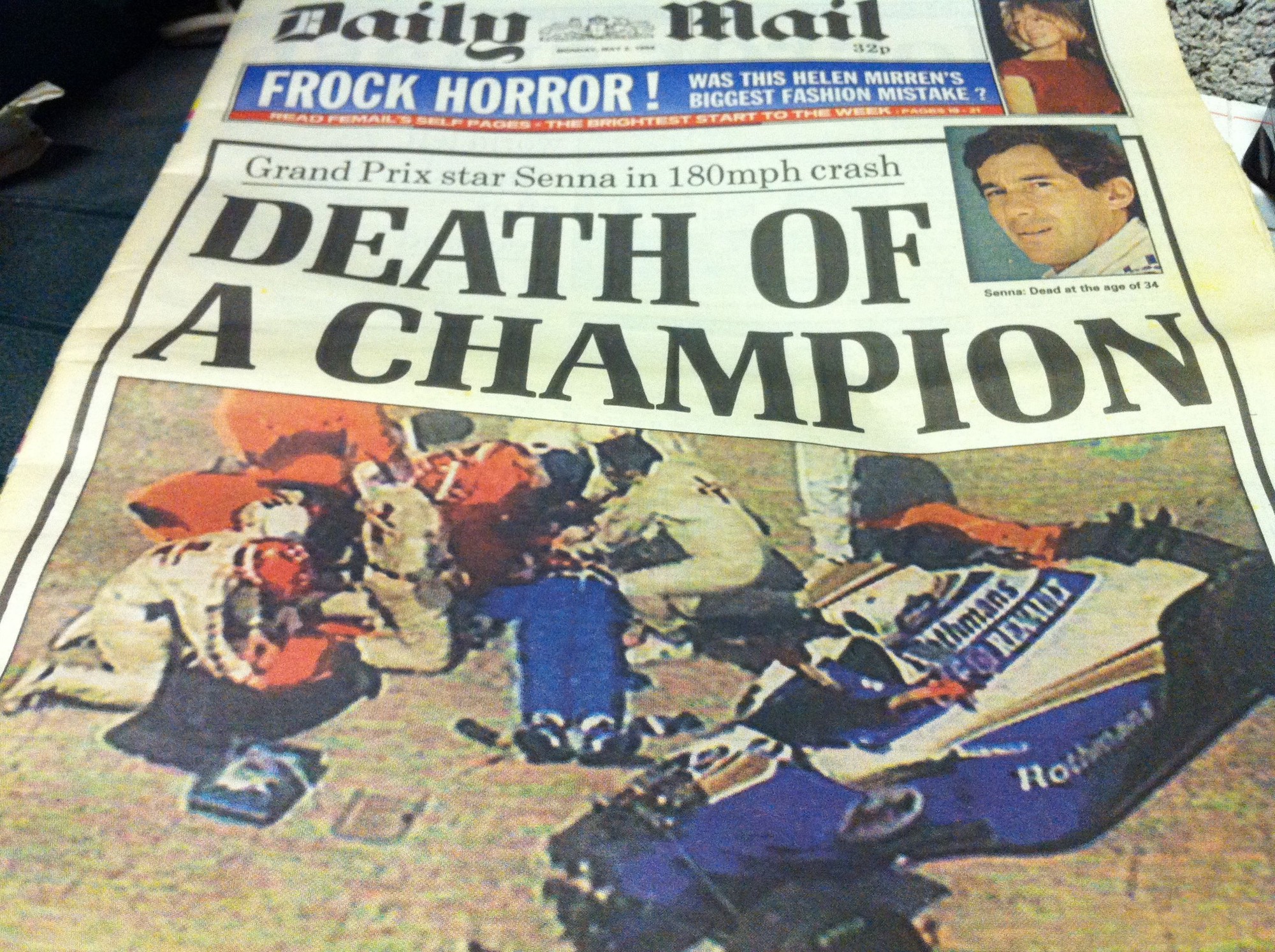 It was later revealed that Senna had an Austrian flag in his car – apparently, he intended to raise it after the race in honour of the F1 rookie who had died the day before.

Ayrton Senna was the last driver to be killed in a Formula One race – after 1994, safety in motorsport became a top priority.

In 2007, after many years of deliberation, an Italian court stated that Senna’s accident was caused by a poorly designed steering column failure and that responsibility for this falls on Patrick Head, an engineer on the Williams team. However, Head was never arrested due to the statute of limitations.