Historic Wheels Made of Something Other Than Metal

If you knock on the body of a car, and especially an old one, the clank of iron probably won’t surprise you, but have you ever wondered what other materials have been used to make bodies and interiors over the more than 100 years that cars have been produced?

One of the reasons why iron and steel are the most prevalent in automobile production is that this is how things turned out historically. People have been able to extract iron pretty much from the very dawn of humanity, and the first self-propelled vehicles – trains and huge steamships – were made of iron. So the miracle of the new age – the automobile – simply couldn’t be any different. Especially since during the dawn of the car, other materials didn’t really even exist, and iron was relatively cheap. So it was in this form that the car made its entrance, and the Ford Model T that put half of the world behind the wheel was even nicknamed “Tin Lizzy”, which immediately brings iron to mind.

The first attempts to replace the iron in a car’s body with something else were in post-World War I Germany, where there was a shortage of industrial materials due to the reparations. DKW came up with the idea of making cars from wood, and that’s exactly how they produced their first model – the DKW Typ P. But you can’t sell a car planed off like a bench – you have to protect it from the wind, rain and sun. Therefore, the Typ P’s body was additionally covered with imitation leather. This first attempt was not very successful, and the Typ P was often criticised, especially for the body – the leather was quick to crack, and the wooden frame would rot. Apparently, this is what led to the Typ P’s demise – at a time when cars were still a luxury item, a man didn’t want to spend his life savings on something that would become termite food. 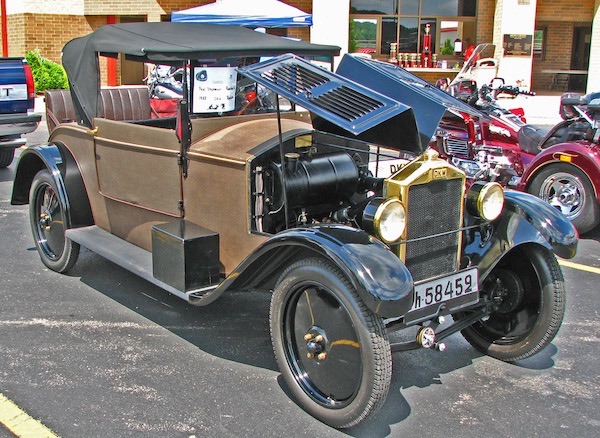 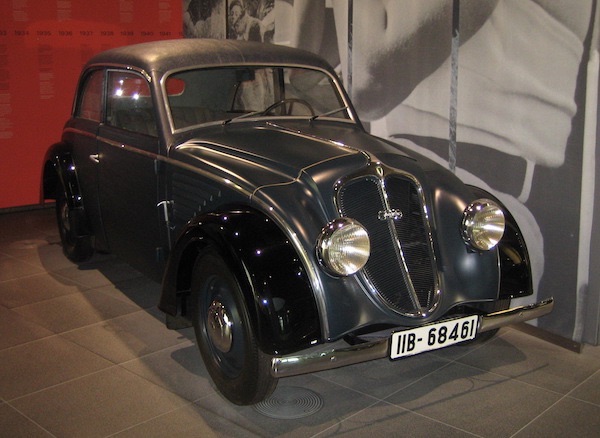 Nevertheless, DKW didn’t give up and continued experimenting with wood. With its streamlined design, the DKW Schwebeklasse sedan that came out in 1936 was a relatively modern car for that era, and it sold quite well in Germany. However, when life started to improve, the Germans began looking at cars with metal bodies, since they were more reliable and in the event of an accident, you still felt safer in a steel drum than in a wooden barrel. Plus there was the fact that the DKW woodies were not very suitable for long-term use – the bodies quickly began to creak, and finally rotted, unable to withstand the extreme European weather conditions. Not surprisingly, only a few dozen wooden DKWs have survived to this day.

So in Europe, wood as an alternative to metal was left as an interesting but unsuccessful attempt to make cars more accessible to the masses, and from the end of World War II to now, iron established its position as the material of choice for car bodies, except for a few woody wagons like the Morris Minor. Wood was a bit more successful in the States, and especially in California, where woody wagons were fairly common on the streets, and Chrysler convertibles with partly wooden bodies could cost almost as much as a luxury yacht. Given, after World War II woodies became extinct in the States as well, with steel nevertheless being the more reliable choice in car manufacturing. One of the most absurd woody wagons was the Moskvich 420 that was made in the Soviet Union – this copy of a pre-war Opel Kadett had a partly wooden body that was definitely not the best choice for Russian weather.

After World War II, the golden age of man-made materials began. Nylon, various plastics, glass fibre. It would be strange if nobody tried to make new-age cars from new-age materials, right? Even before World War II, Ford tried to build a car body from organic fibre that was based on a fibre made from soy, corn and other grains, and the car’s engine was supposed to be driven by oil. Ford Motor Company even bought huge plots of land to grow the bodies of the future, but World War II prevented them from continuing development of what was truly an interesting and perspective project. 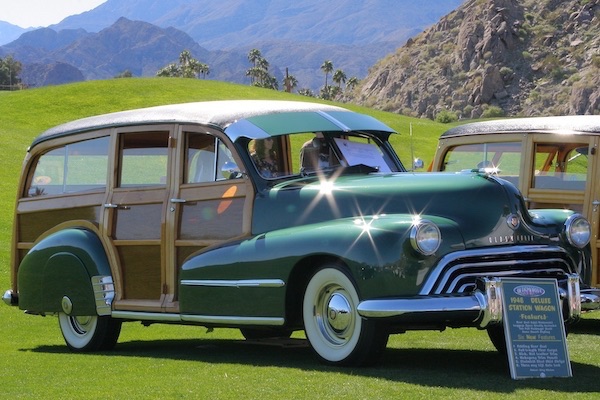 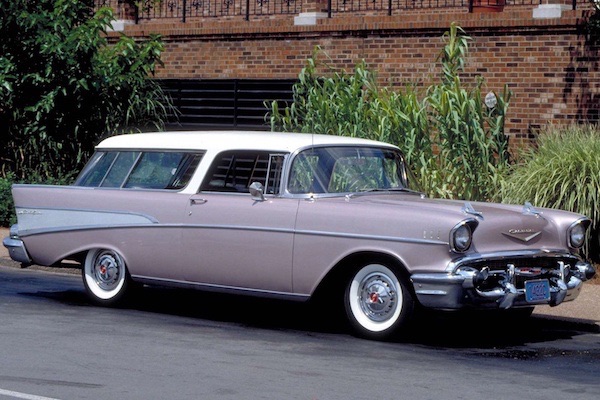 After the war, automotive innovations were dictated by Detroit and one of its most prominent designers, Harley Earl. In 1953, the world saw the small but luxurious Chevrolet Corvette, which, among other innovations, had a plastic body. Well, not exactly plastic – that’s just what people who weren’t too familiar with chemical substances said about the Corvettes. In fact, the first Corvette body was made out of fibreglass – a lightweight, yet durable material that was also beginning to be widely used in construction at that time.

The lightness of the Corvette was even advertised with a pretty model lifting its body shell with two hands. And even though fibreglass really is a good material to use in the production of sporty coupés, it also had its drawbacks, the greatest of which was safety. In the event of an accident, a metal body was still stronger, and it was also more flame-resistant. This is apparently why fibreglass didn’t stick around for long in the production of Corvettes – in the mid-1970s, Chevrolet already started putting steel floor panels in the third generation model, and fibreglass eventually disappeared completely from the body of one of the most well-known American cars. 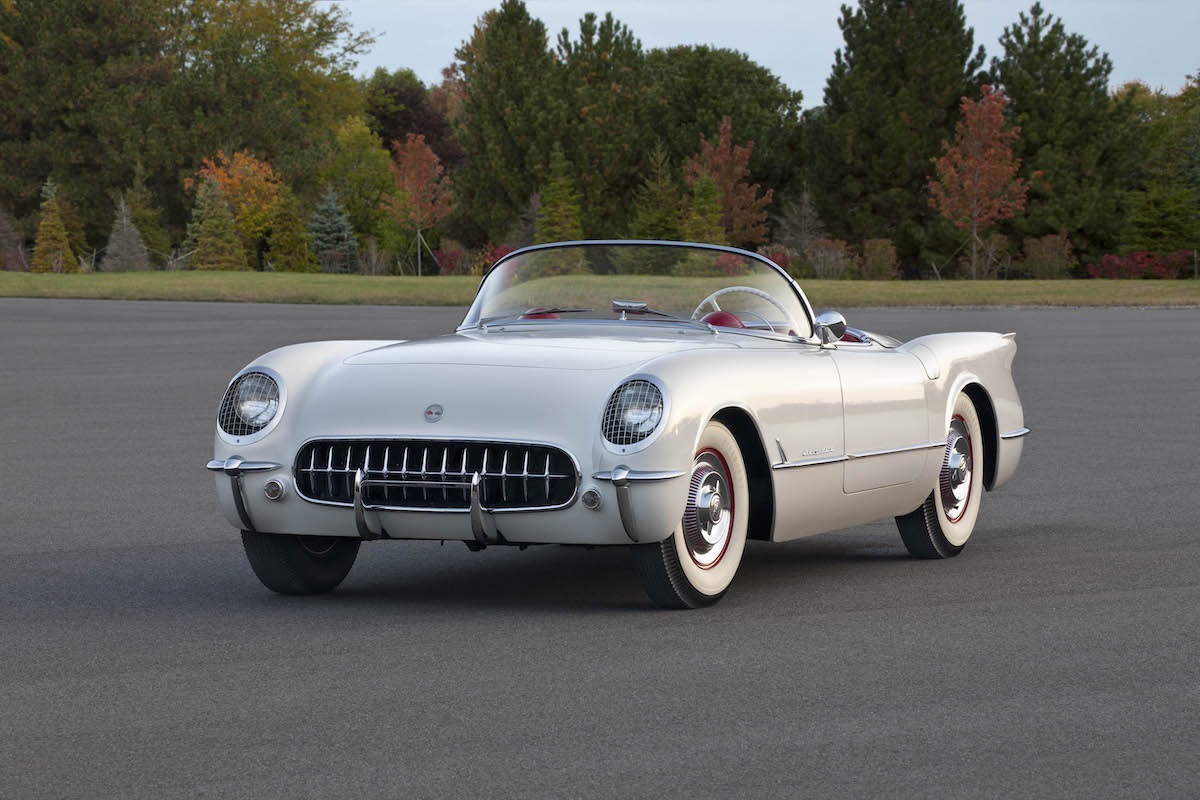 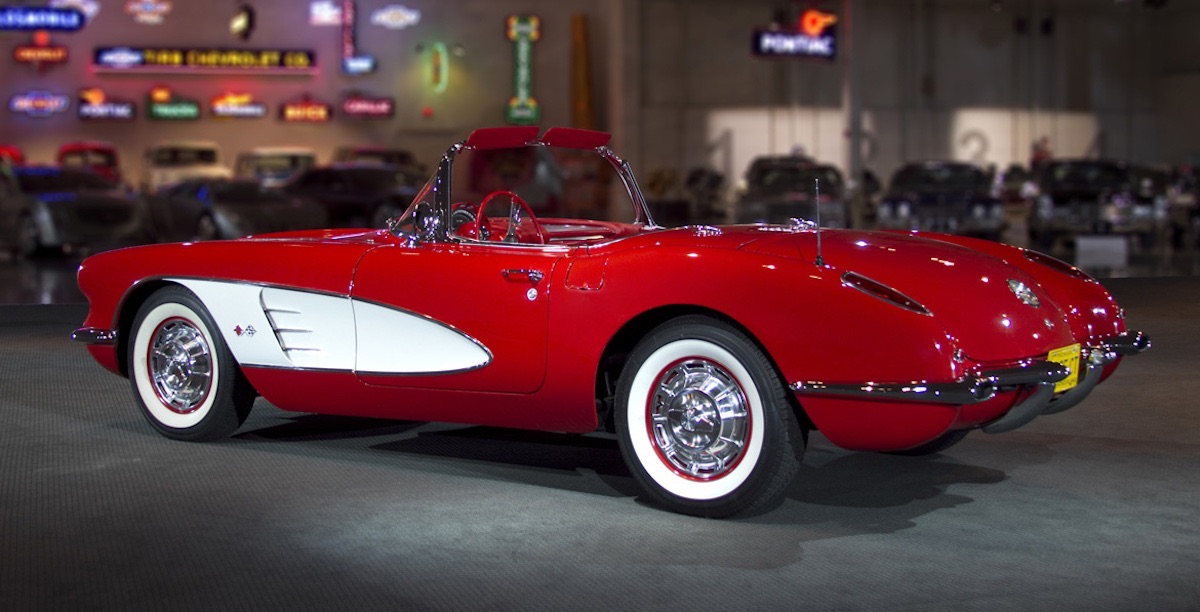 However, the return to iron does not mean that something a little more interesting can’t be created inside the car. One of the more intriguing exhibits is the AMC Gremlin, which literally wore trousers. The interior for some Gremlins (the Levi Strauss edition to be precise) was made entirely of denim, even connecting the material on the seats with rivets. In their press release, AMC had this to say about the model: “Now a Gremlin with upholstery that’s like blue denim Levi’s. Has orange stitching, the buttons, even the famous Levi’s tab on both front seats…Levi’s Gremlin. The economy car that wears the pants.” Very few of these Gremlins have survived to this day, so if you find one – buy it, because their prices will only be increasing in the future. Given, reviving the interior will require careful restoration and quite a few trips to the tailor.

Getting back to Europe, unusual car materials were quite popular in certain models. In the Citroën DS – a car that still looks modern today – all of the upholstery was made of nylon, which at that time was considered to be a very progressive material, especially when other manufacturers usually used plain canvas or artificial leather.

And East Germany went even further. Whether from thriftiness or because of a deficit, they invented Duroplast, a new material that was used for the body of the Trabant 601, East Germany’s answer to the “People’s Car”. Duroplast had both pros and cons: it was easy to produce (its basis was a mixture of cotton waste and chemical substances), it was basically indestructible (in Trabis, only a few metal parts of the chassis would rust, and the average car lasted about 28 years), and the car itself was as light as the Corvette. However, Duroplast offered almost no protection in the event of an accident, and when it burns, it releases hazardous chemical compounds into the environment. Plus it is almost impossible to recycle. So it’s not at all surprising that Duroplast was essentially a one-model material that was never used anywhere else. 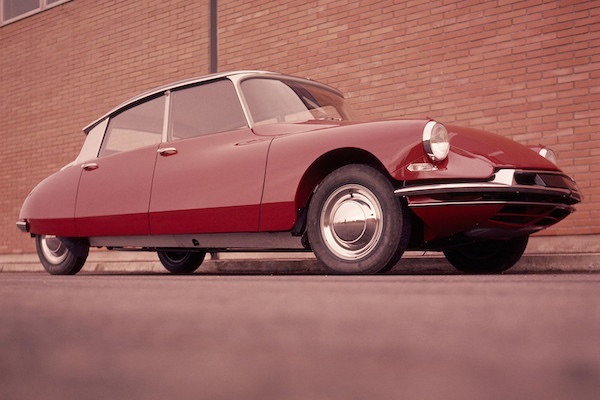 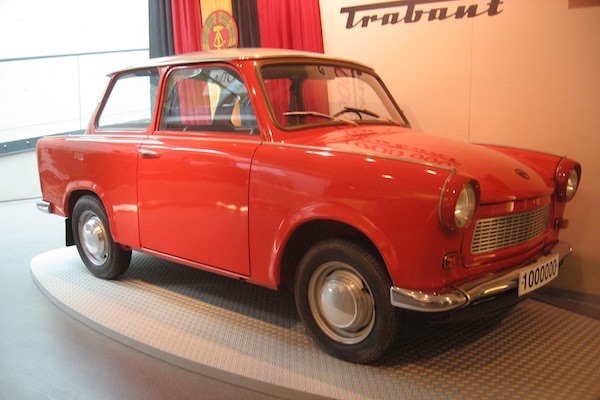 However, West Germany also looked into using something other than iron in new cars. Audi (which was one of the direct descendants of DKW) was apparently inspired by the spirit of its forerunner and decided that their cars needed something lighter than ordinary iron. During the early and mid-1980s, they explored the possibilities of using aluminium in mass production, and introduced the Audi Quattro Spyder in 1991 – a very unusual concept for Audi design with an all-aluminium body – followed a few years later by the A8, which was the first production car to sport an aluminium body. 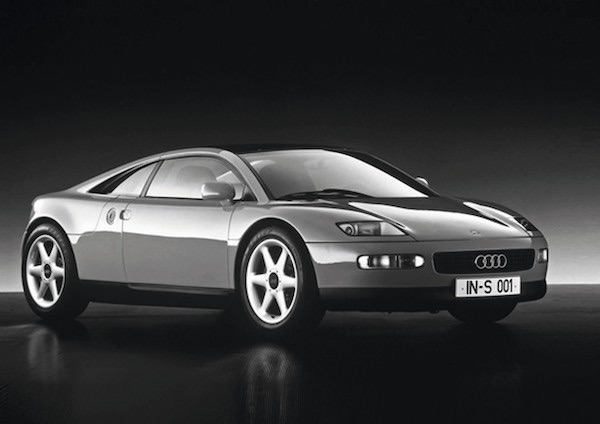 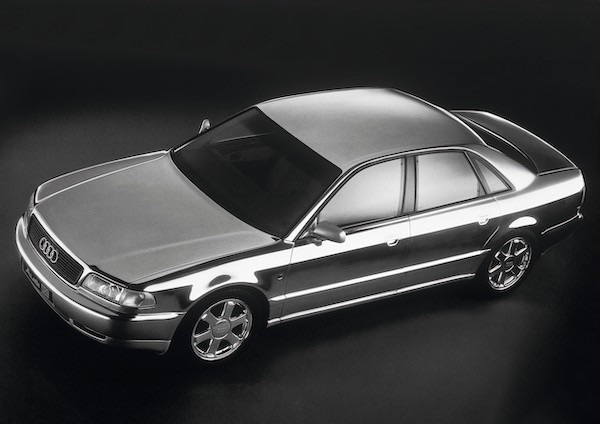 So over the entire course of automotive history, there were more than one or two attempts to replace conventional iron. Some of them were successful, while some of them were forgotten by history. Who knows – with technologies being developed so extensively, maybe someone will write an article in 50 years about a classic car from 2035 with a body made of carbon fibre or nanoparticles.