The Dodge Charger And 10 Other Cars With The Coolest Headlights 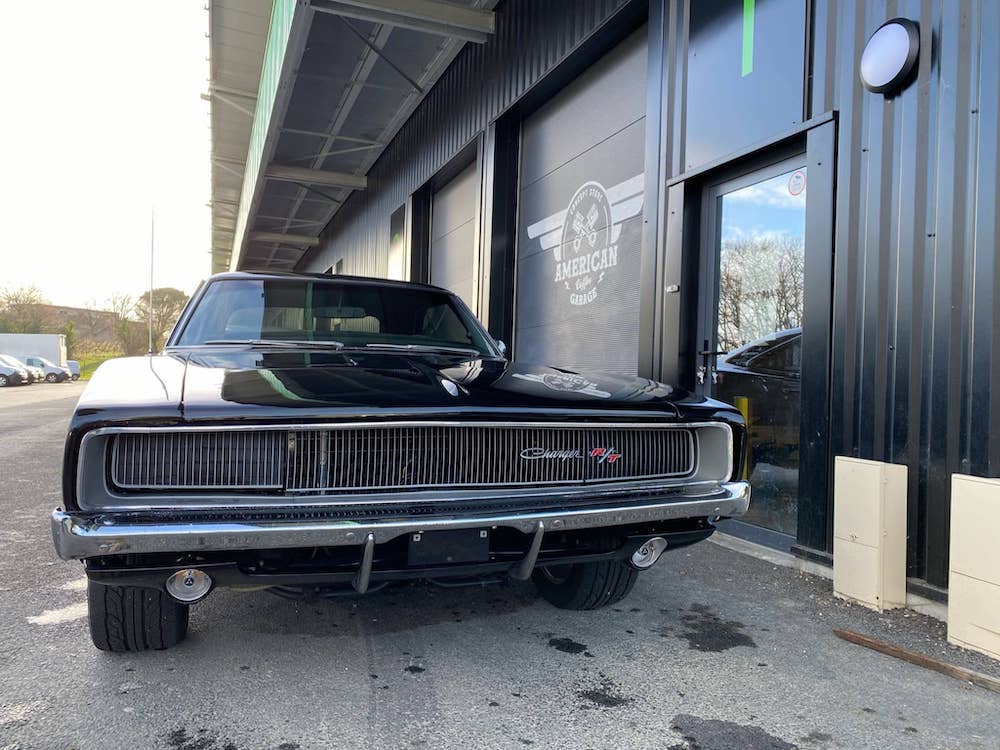 William Shakespeare is quoted to have said “the eyes are the window to your soul,” and there’s some truth in that. Probably.

So, if you can tell someone’s personality from the look in their eyes, can you apply the same theory to a car and read its character from its headlights?

Anyway, we at Dyler.com have tried to answer the question above by compiling a list of some of the coolest headlights to have ever graced the automotive world. 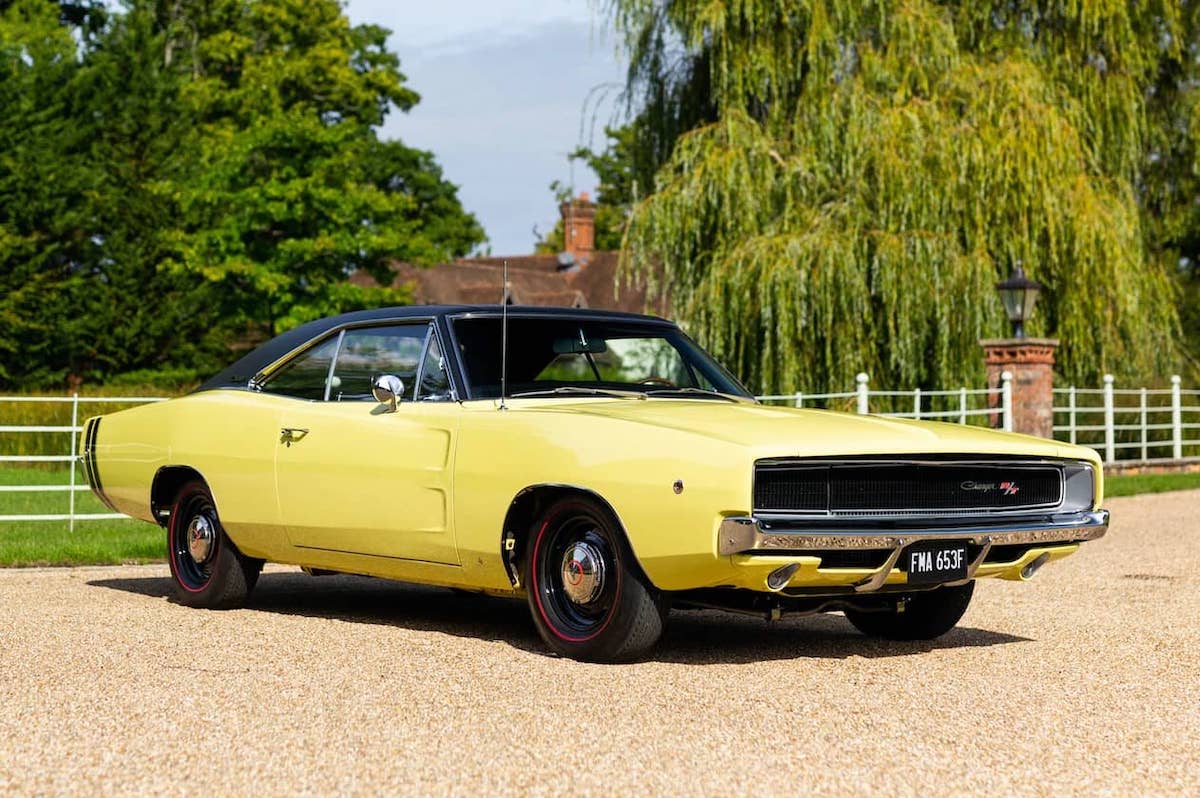 The ‘Coke Bottle’ Dodge Charger with its seamless grill is the most sought-after of version of Dodge’s classic muscle car
© CollectingCars.com

The angriest-looking car in the world? Quite possibly. Yet no comprehensive list of the world’s greatest headlights would be complete without the Dodge Charger. First and second-generations of Charger are acknowledged to be the finest vintage of the classic Dodge muscle car, as it would hide its headlights behind two fake grilles that made the car appear to have no lights at all. Almost 60 years since its launch, it still looks massively menacing, and is still massively cool. 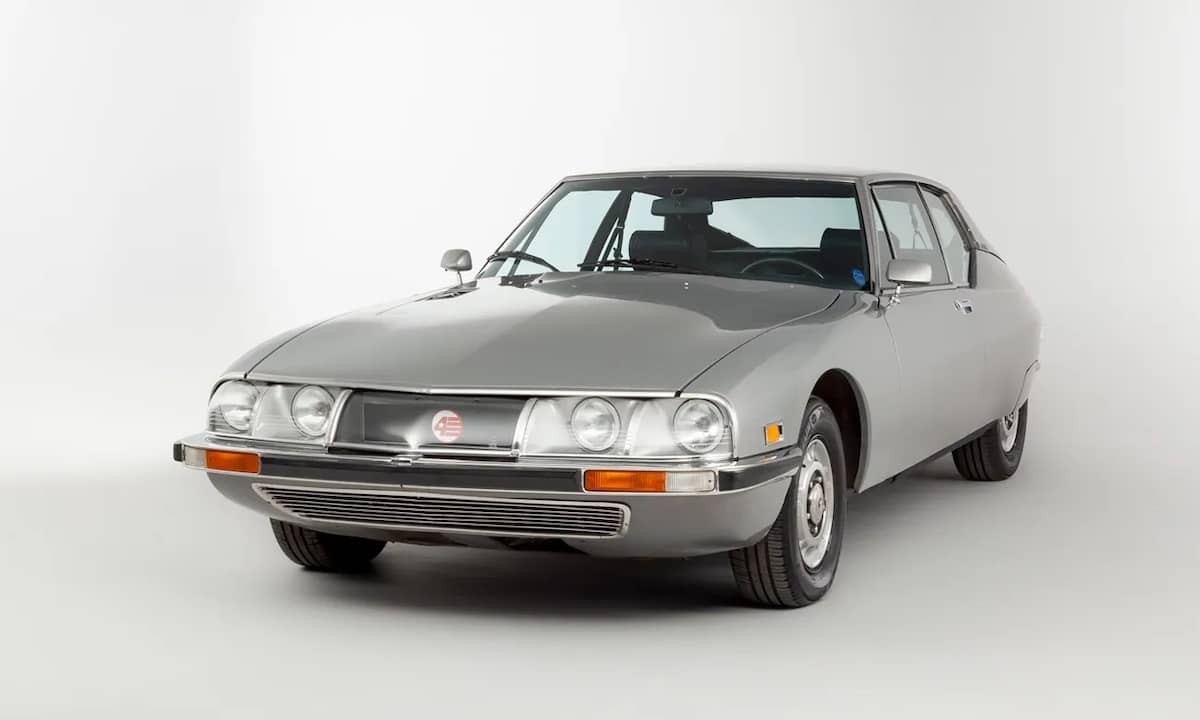 Way ahead of its time, the Citroën SM had headlamps turned with the road thanks to their connection with the steering
© Opumo.com

Since its foundation in 1919, Citroën has always pushed the boundaries of innovation. Before many other carmakers even thought about technologies such as hydraulic suspension and swivelling headlamps, avant-garde Citroën was already fitting them to the DS and its successor, the Maserati V6-powered Citroën SM. Within one unit, the SM had three separate headlamps; standard low-beam, standard high-beam, and high beam, which were fitted to the steering via a series of complex wires and rods, and would turn with the steering wheel to ensure that the car could ‘see’ around upcoming bends and corners. Very Citroën. Very geeky. 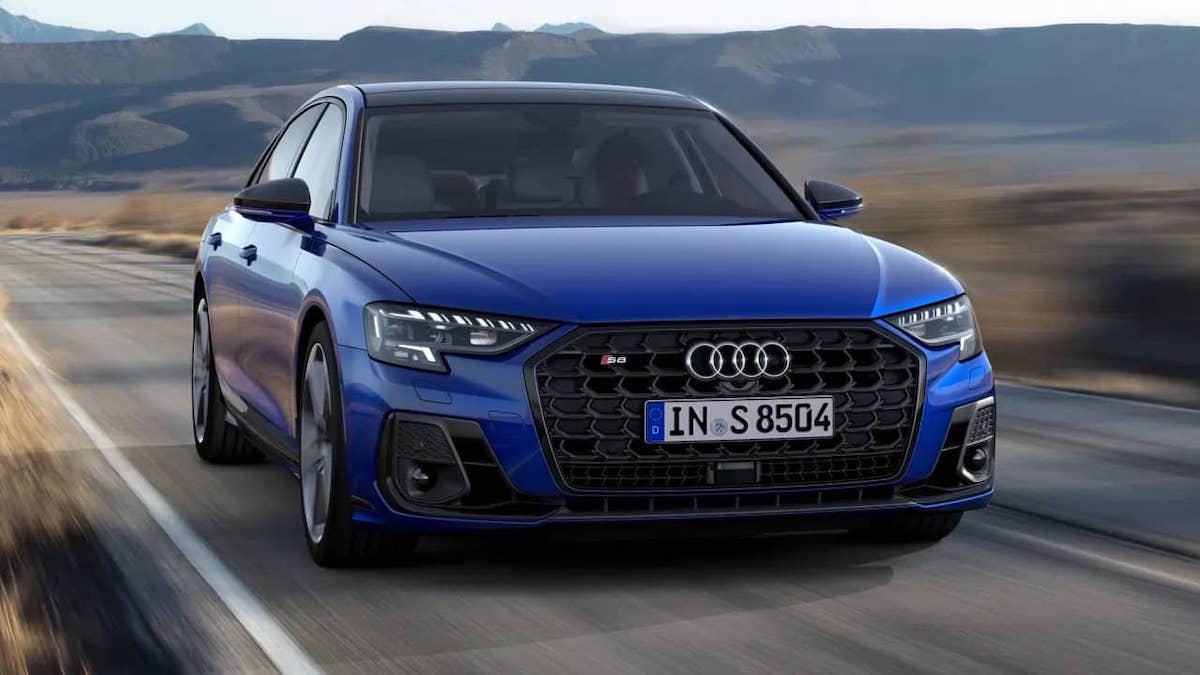 Brooding and subtle, the Audi S8 has one of the best front ends of any modern car today
© Audi Media Centre

The Audi S8 is a big, luxurious German saloon so naturally it comes with LED headlights. Yet unlike the equivalent BMW 7 Series or Mercedes-Benz S Class, the Audi S8 carries its headlights - and itself! - with a special sense of subtlety and moodiness… especially when configured with the fully blacked-out grille and a dark paint scheme. 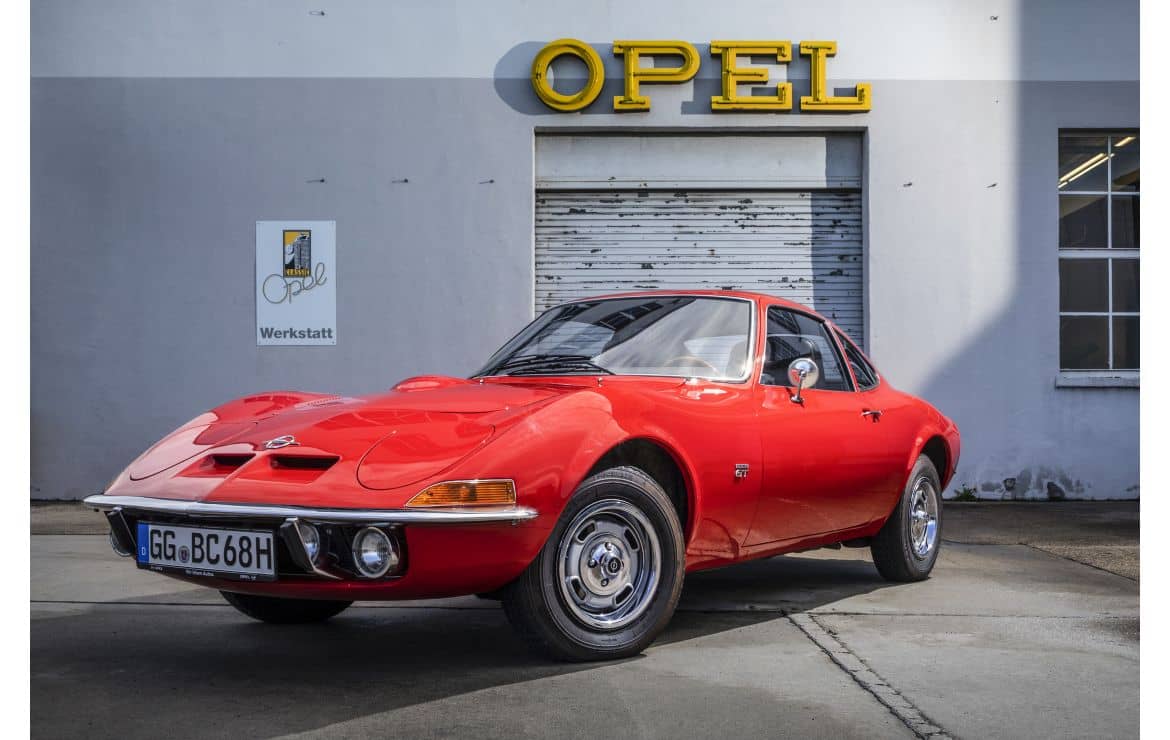 The Opel GT was a pretty standard European coupé from the 1960s and ‘70s. It was lightweight - just 970kg - and good looking. It also had pop-up headlamps, which on any car is immediately cool. How the lights flipped upwards was even cooler. Instead of flipping up like a ‘normal’ pop-up, they rotated across and clockwise. Click here to check out what we mean - we guarantee you’ll be here watching for a while! 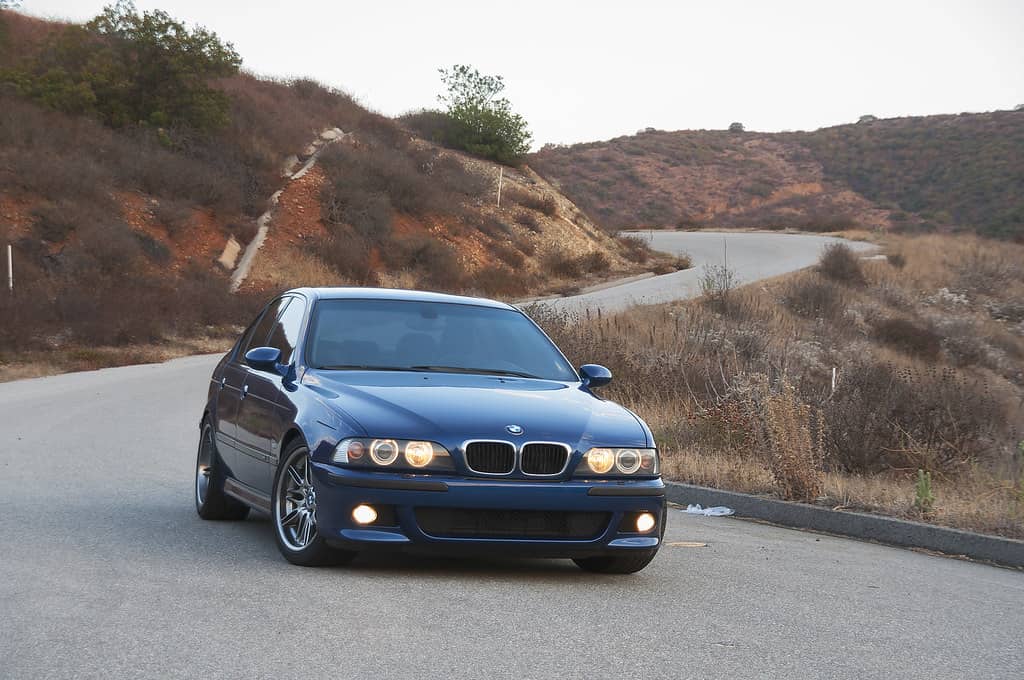 "Look into his angel eyes, one look and you're hypnotized" - ABBA were definitely singing about the facelifted BMW E39 5 Series
© Pinterest.com

Audi is oft-credited for bringing LED running lights into the mainstream during the mid-to-late 2000s, but it was actually BMW who got there first. When its now-classic E39 5 Series got a mid-life facelift in 2001, Munich introduced its own ‘halo’-shaped LED running lights affectionately known as ‘Angel Eyes’. Given the apostilic beauty of the facelifted E39 compared to some later BMW models, it’s almost unbelievable that this timeless design went out of production almost two decades ago. 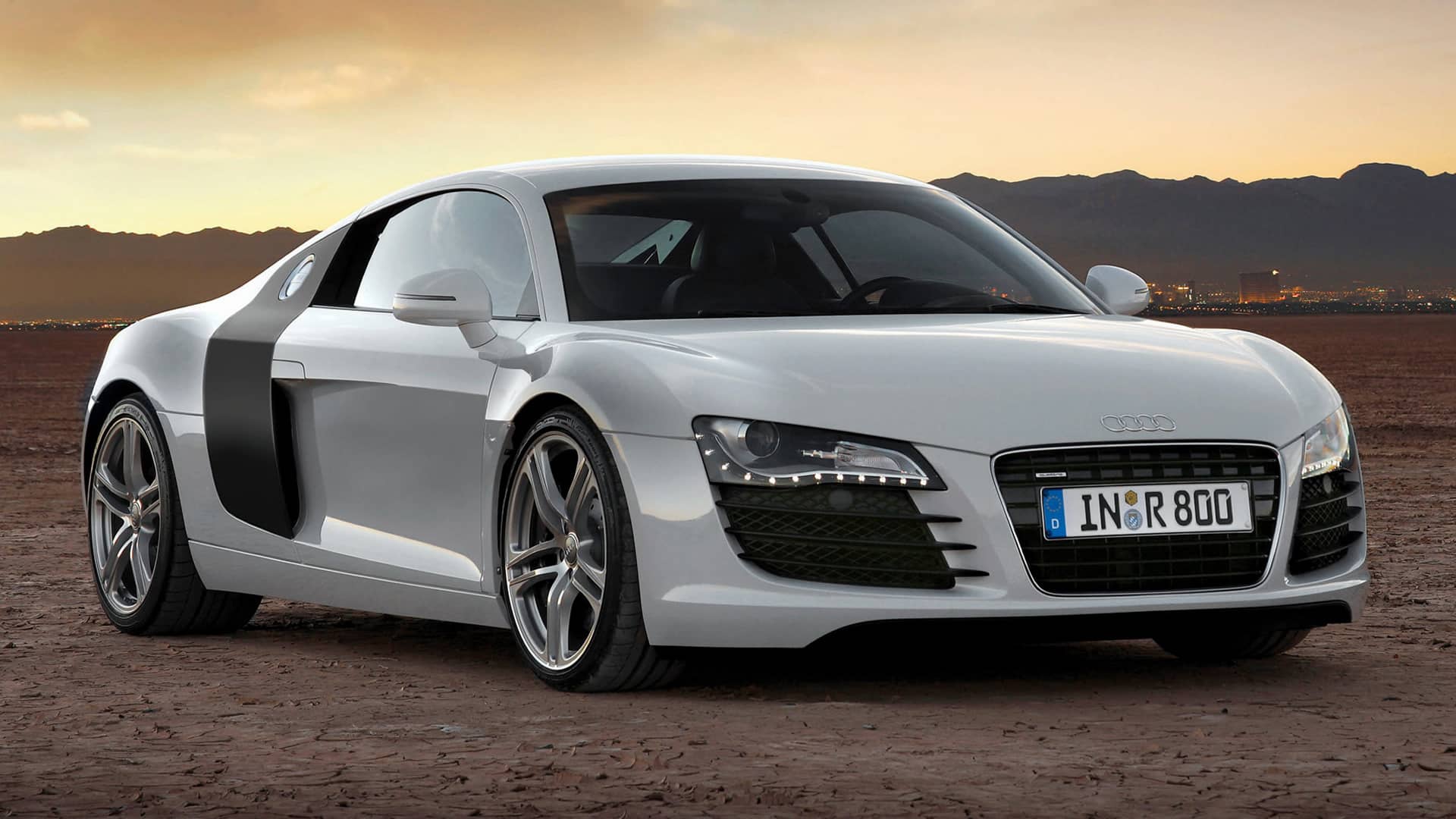 The R8 was not the first Audi to wear LEDs - in 2004, that accolade went to an A8 W12 in 2004, which Audi fitted with daytime runners. However, the R8 was the world’s first car to use an all-LED front lighting system, with 54 light sources powering the daytime runners, turning signals, dipped beam, and full-beam headlights. Both highly intelligent and good looking, the R8 was available with a V8 or a V10 engine, which undoubtedly contributed to putting Ingolstadt’s first supercar on its inevitable path towards future classic car status. 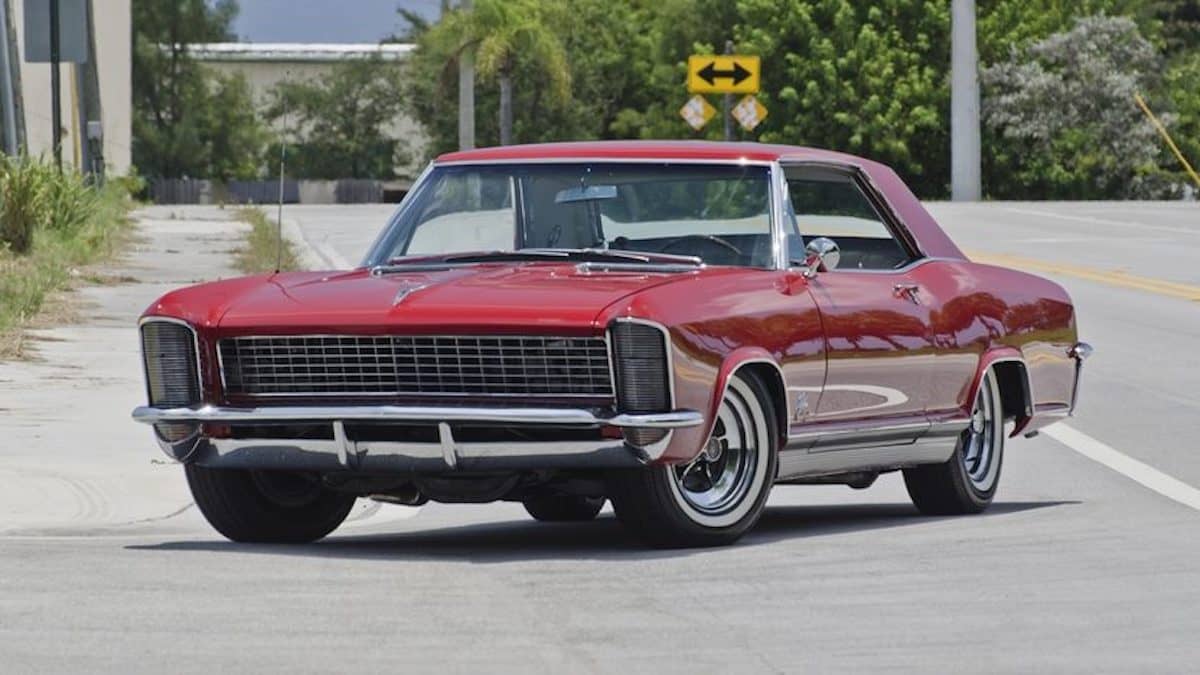 Like the Dodge Charger and Mercury Cougar, the Buick Riviera is another 1960s muscle car with hidden headlights
© Mecum.com

Like the Dodge Charger, the 1965 Buick Riviera featured a hidden headlamp configuration. Unlike the Dodge, the Buick’s headlamps were concealed behind two metal clamshells at the side of the grille, which opened from above and below to reveal two vertically-stacked lamps. With their slow open-and-close mechanism, they’re pretty mesmerising to watch. Follow this link to do just that! 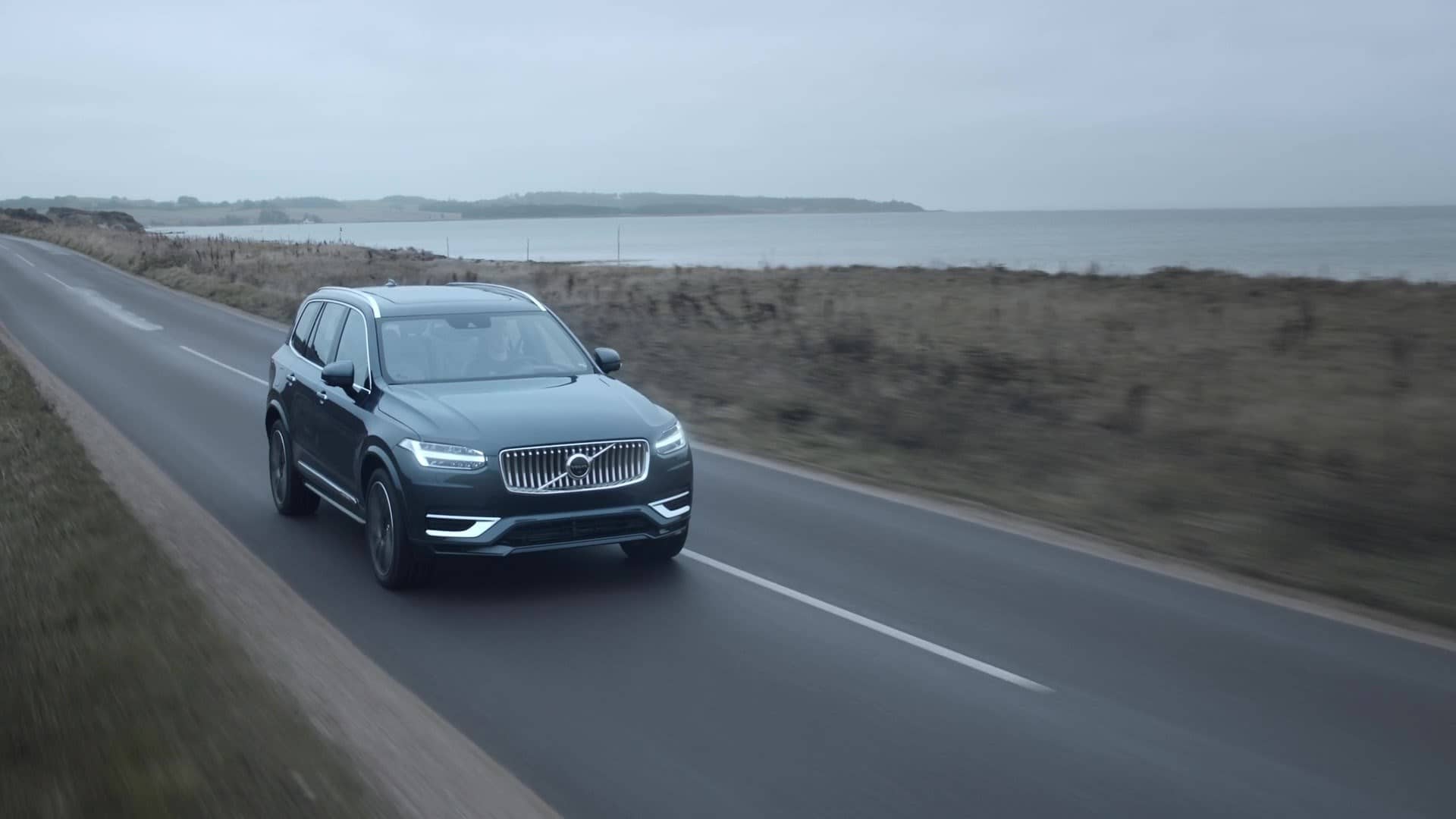 Over the last decade or so, Volvo has undergone what is arguably the biggest glow-up the car industry has seen for a long time. Once seen as the conservative choice, Volvo is still making solid, dependable cars. Yet now they are now wrapped with beautiful, unfussy designs and fitted with equally classy interiors. The second-gen XC90 is the car that started it all with its uncluttered look and ‘Thor’s Hammer’ headlamp design, which not only looks great, it sounds cool AF. Not just found on the latest family of Volvos, ‘Thor’s Hammer’ is also fitted to the Polestar 1 and Polestar 2. 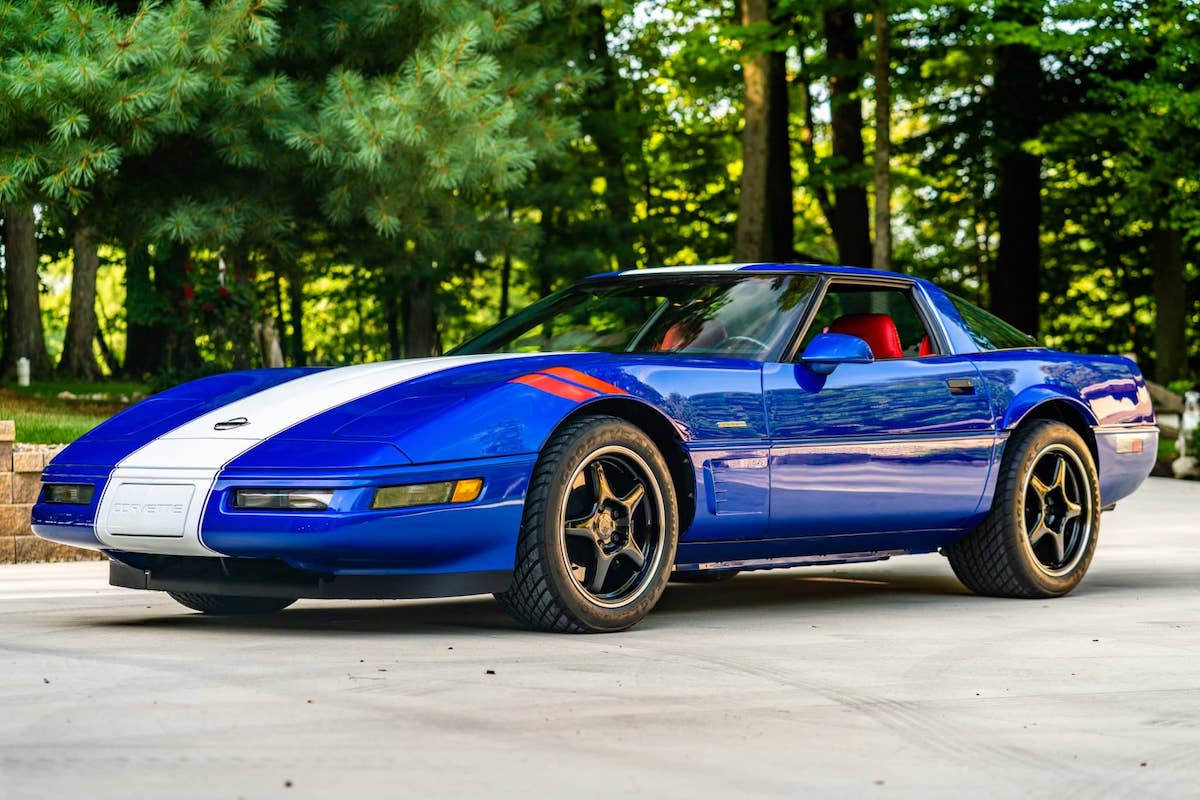 The pop-up headlights of the Chevy Corvette rotate 180 degrees and that makes it very, very cool
© Chevrolet.com

From the second generation of Chevrolet Corvette to the fifth, each iteration of the all-American sports car was fitted with pop-up headlamps. Yet it was gen-five - or the “C4” in Chevy - that featured the most iconic of the lot. Chevrolet wasn’t content with fitting the C4 with a simple set of lights that popped-up and then retracted. Oh no, these rotated a full 180 degrees before fixing in place. Pointless? Yes, but GM had the money to do whatever it wanted and when the C4 launched, it was the 1980s. A superb piece of automotive theatrics and feel good design? Also yes. 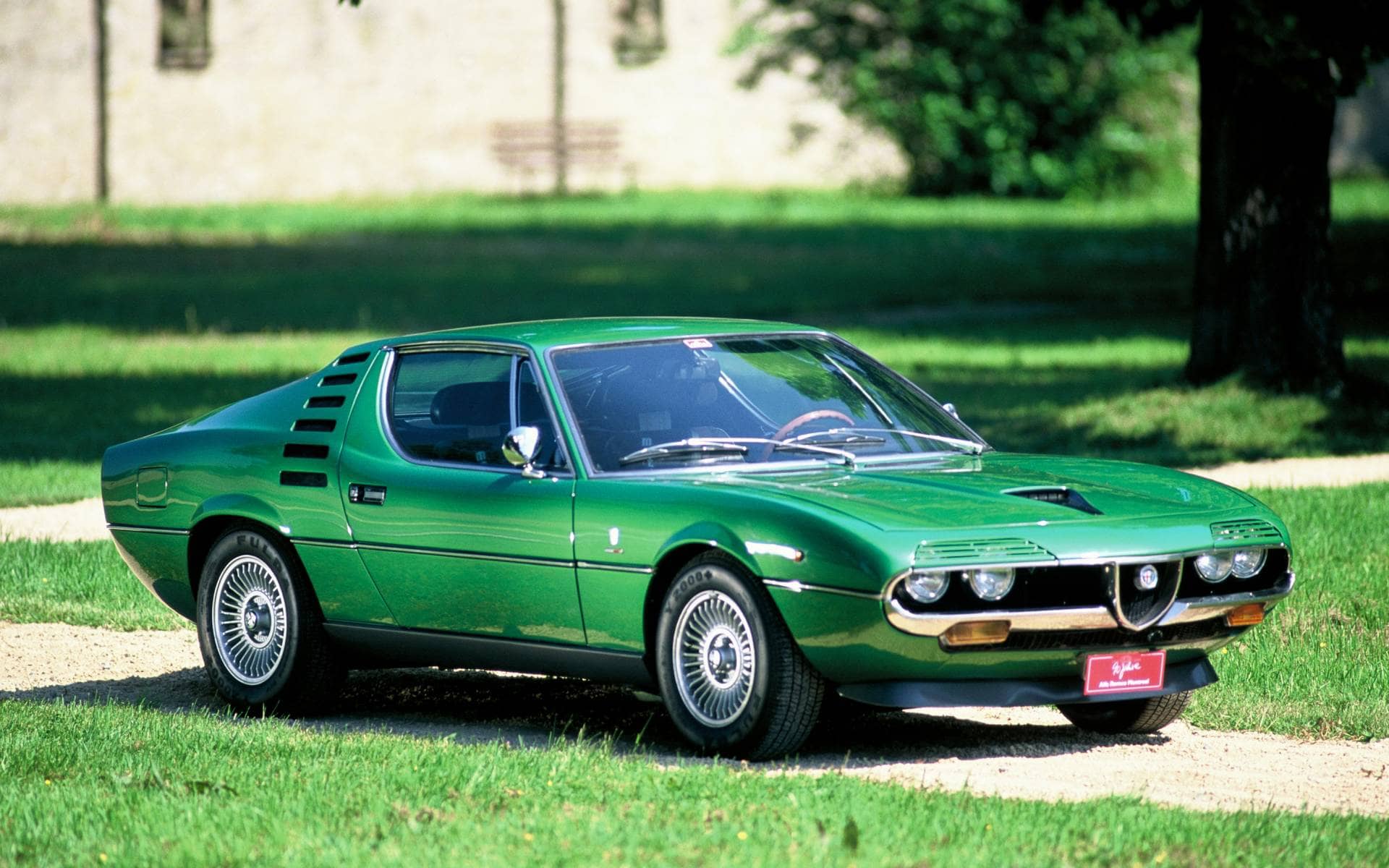 Two of the most-loved design features on the Alfa Romeo Montreal serve absolutely no purpose at all
© Goodwood.com

With its V8 engine the Alfa Romeo Montreal is widely considered to be Italy’s answer to the US muscle car. With its Marcello Gandini design, it is also seen as one of Bertone’s greatest hits. There’s plenty to like about the design of the Montreal, with its brawny haunches, striking side vents, and its headlights with their retractable slatted hoods. Whilst the latter two design features have become talking points synonymous with the appearance of this particular Alfa Romeo, it is ironic that they serve absolutely no purpose other than to look good. Never change, Italy. 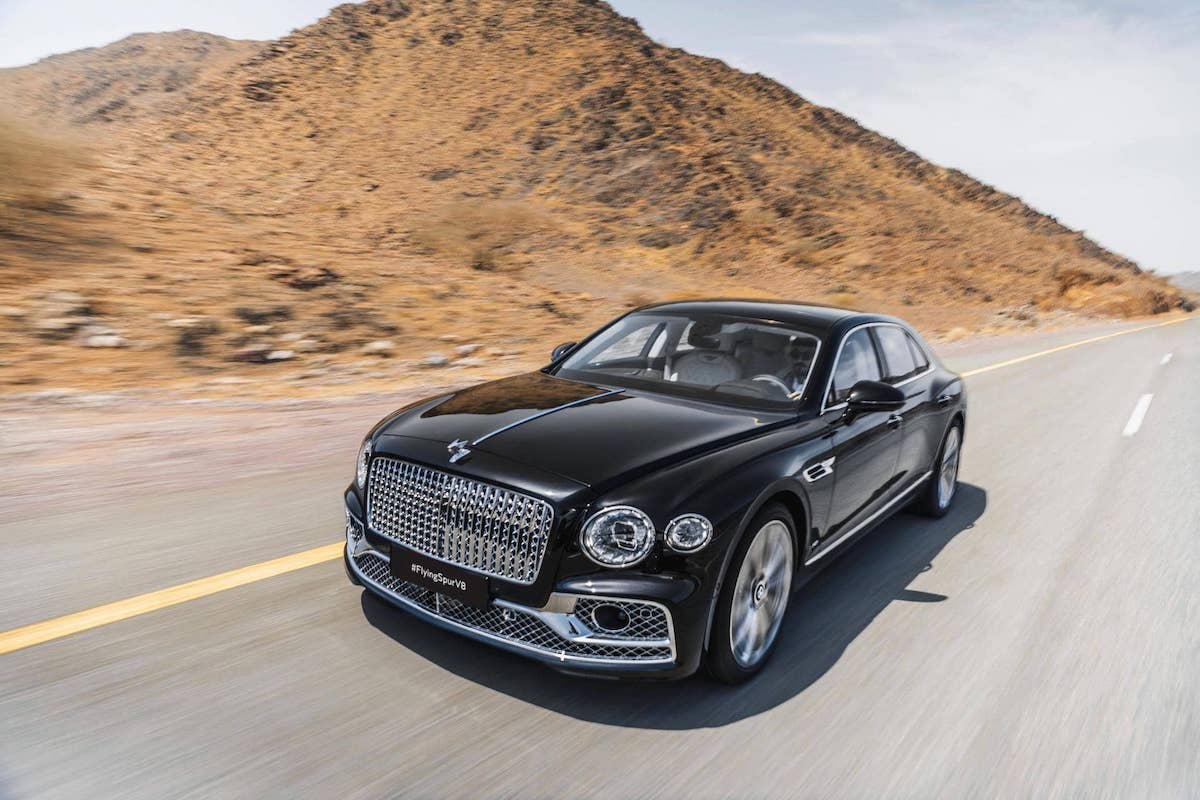 A Bentley isn’t a car bought for subtlety, so it should come as no surprise that its LED Matrix headlamps use a cut-crystal design. Not only are they very, very bright, they are also beautiful-yet-slightly mad in that way only a British carmaker can muster. Next time you’re out and about, find a new Bentley Continental GT or a Flying Spur and get up real close to its headlights for a good look. You’ll be amazed at the attention to detail. Just make sure they’re not switched on if you value your retinas. 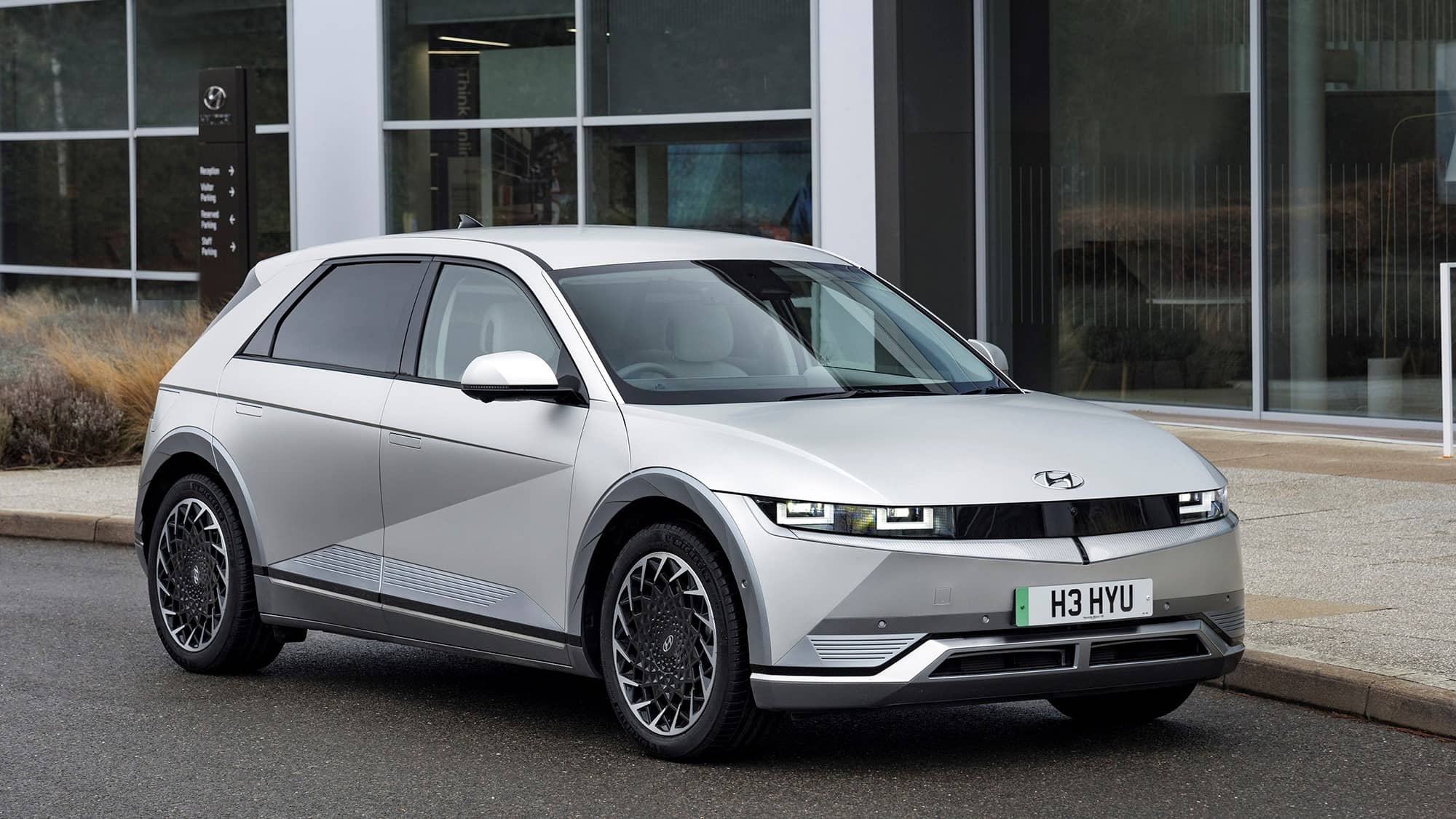 Nope - the Hyundai IONIQ 5 isn’t from the future; you can go out and buy one today and it looks even better in the flesh
© Hyundai Newsroom

For the last few years, South Korea has been killing it with car design thanks to cars like this - the Hyundai IONIQ 5. The aesthetic of Hyundai’s all-electric hatch is like nothing else on sale at present, and Hyundai has incorporated the front and rear lights into its bold design; the daytime runners and their squared housing have been made to resemble pixels of light and give the IONIQ 5 a futuristic, cyberpunk aesthetic. A solid 11/10 for the folks from Seoul here.

If you are interested in owning any of the cars that have made this list, click these yellow words to browse through the 40,000 cars we have listed on Dyler.com!