From times of old, the two main materials used in production have been wood and metal. Even the world's first steam-powered amphibious vehicle that came out in the United States in the late 18th century and could drive down roads independently had a body of solid wood. At the beginning of the 20th century, the world was changing rapidly, especially with the self-propelled carriage – it was an automobile, but the materials used for its production remained the same as for 17th century carriages: metal and wood.

The very first mass-produced automobile – the Oldsmobile Curved Dash that came out in 1901 – also had a wooden body. Yet even though metalworking technology improved rapidly and more and more of it appeared in cars every year, customers still valued the warmth and vivacity of wood, as well as the look – nicely varnished, it shined like a luxury yacht. Thus, the phenomenon in the United States (and on rare occasions in Europe) of the woodie – a car with bodywork elements made of real wood. 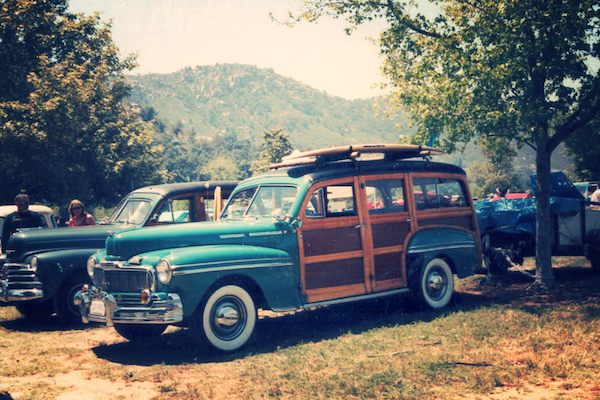 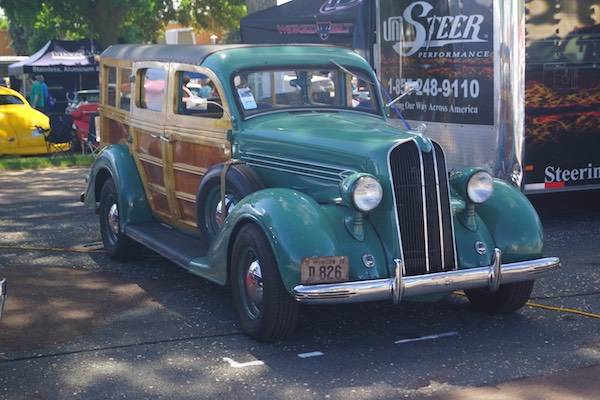 In the early 20th century, Ford was the largest car manufacturer in the world. In 1920, Henry Ford 400,000 acres of Michigan's Iron Mountain Forest. It goes without saying that the wood was needed not for building homes, but for producing car bodies. In this way, the Ford Motor Company secured an independent supply of material in almost unlimited quantities, unlike other competitors who had to purchase timber from third parties. This led to Ford becoming the leading producer of woodies in the States back in the early '30s.

In 1929, the Ford A station wagon became the first production car with a body assembled from wooden elements. Partially wooden bodies quickly began to be offered by the other big US car makers such as Chevrolet, Nash and Chrysler, and, for obvious reasons, the entire range of Ford brands – both Ford itself and Mercury. During the '30s, despite the Great Depression, woodies remained relatively popular, even though they were more expensive than their metal counterparts. Especially since woodies were not only available from the major manufacturers, but also from small workshops and even individual carpenters who managed to produce "Pinocchio-wagons" that could be fitted on your chassis right in their garage. Without a doubt, the prevalence of woodies was boosted by the fact that pre-WW2 cars were body-on-frame, so the only limiting factor for the body that was mounted on the frame was the imagination of the owner. 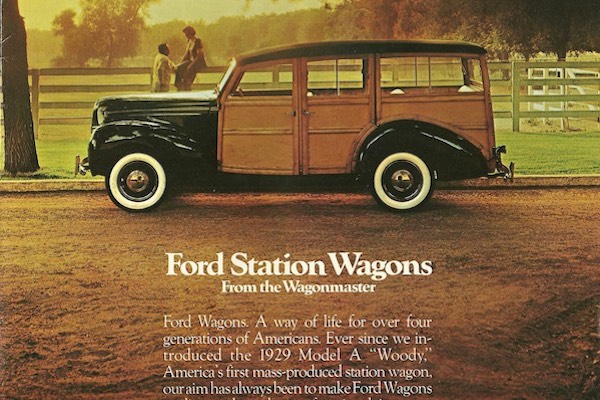 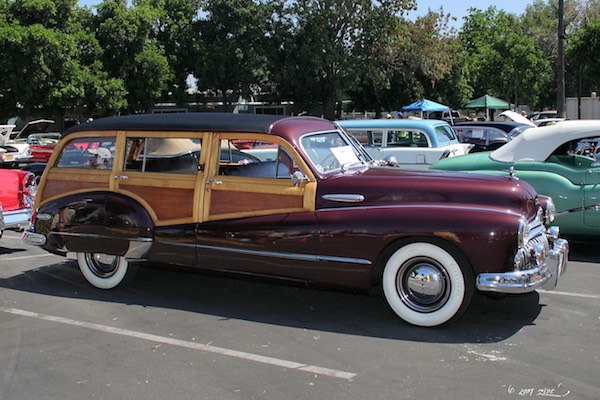 The technology for manufacturing woodies was not quite as simple as for carving a pair of clogs. Over a hundred wooden parts of various sizes had to be prepared for each car, not to mention details like screws and rivets that you needed a lot more of than for a body made from stamped metal. Once the body itself was riveted together from different parts into one piece, it was just the end of the first stage of production. Then it would be sanded down and varnished. Once the varnish dried, the body would be sanded down again, followed by a new coat of varnish. This was repeated a few more times until the four-wheeled yacht was given its last coat of varnish.

This was followed by traditional automobile production work: wiring, fitting the interior, installing the seats. Only then was the woodie ready to hit the roads. That's some darn complex and expensive technology, especially compared to that of the Ford T that was being manufactured by the millions. It's not surprisingly that woodies never did become a real mass vehicle. Not to mention the climate issues – you could basically only use a woodie in the extremely dry states, and maybe in parts of southern Europe. This is the main reason why the woodie only really took root in the States. Completely impoverished at the time, southern Europe couldn't even dream about the luxurious yachts on wheels that the woodies eventually became. 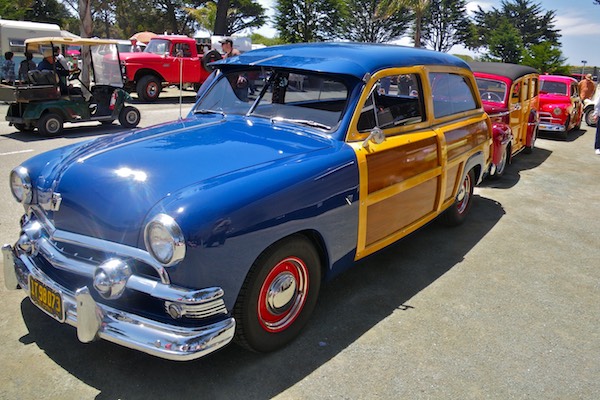 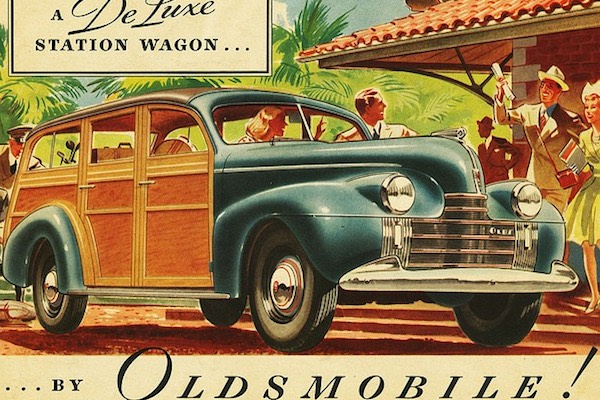 The early '40s were the glory days for woodies. They evolved from work horses (station wagons) into luxurious wooden four-wheeled barges. At that time, Packard was probably the company making the most luxurious production cars in the States. In 1940, Packard came out with the Packard Woody Wagon model – a station wagon with the luxurious Packard grille that could entice eight passengers with the smell of wood and that was powered by the famous Packard straight-eight engine. Meanwhile, the most luxurious American woodie ever came out in 1945 – the Chrysler Town & Country coupé.

It seemed as if the future of fashionable cars depended on woodie production technology, but by the early '50s, most manufacturers had already removed the woodie models from their ranges. Woodies never paid off for the big manufacturers and they decided to leave the warmth of the wood behind them and look at the numbers. And the safety in these cars was also not the most ideal. For example, the eight-passenger 1947 Chevrolet Fleetwood Woody Station Wagon was the most expensive and worst-selling model the brand had. Chevy abandoned woodies in 1951. 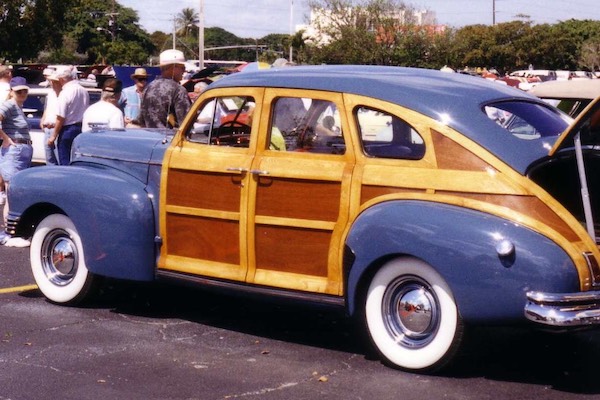 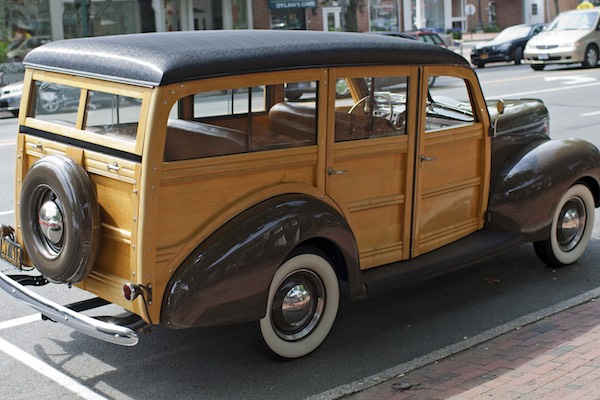 The last American woodies rolled through the Buick factory gates in 1953. These were the Buick Super Estate Wagon and the Buick Roadmaster. And the very, very last woodie in the world was made in a country where the climate is perhaps the least suitable for this body style – the United Kingdom. The Morris Minor Traveller estate had a structural wooden frame and metal bodywork fitted on it. Thus, the woodies became a part of automotive history.

However, wood did not disappear from the automobile industry altogether. Already in the mid '50s, the Big Three began offering station wagons with wood detail – traditions aren't that easy to forget after all. But with time, the wood trim from what was once a reminder of luxury on the road turned into a parody of itself. This was especially evident in the mid to late '70s, when strips of plywood were pasted on almost every station wagon that came out of Detroit during what was not the best of times. Perhaps the most curious example was the AMC Pacer station wagon covered with wood trim. Parked next to a Chrysler Town & Country from 1949, it would look like a true parody. Given, this trend also became history as well. The era of fake woodies ended in the mid '90s – just like with the real woodies, the Buick Roadmaster Estate became the last production American car to be plastered with fake plywood trim. 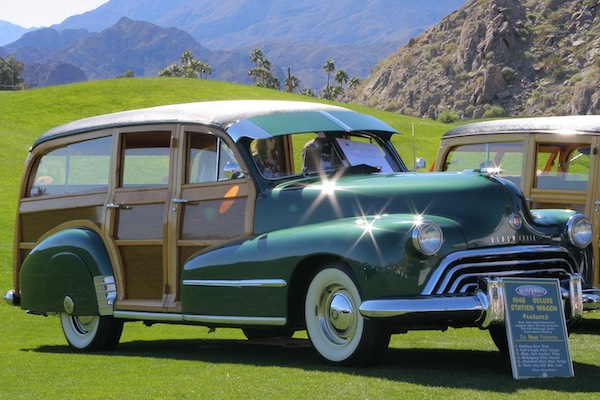 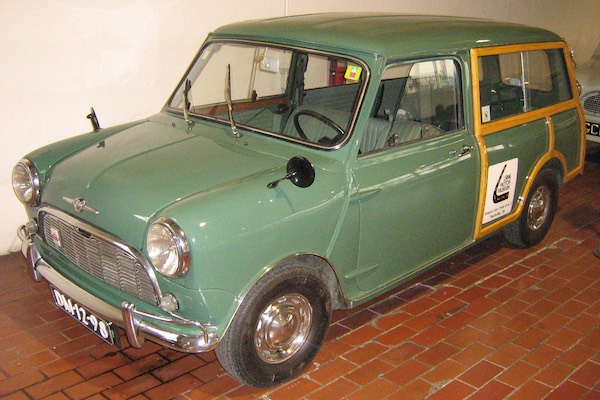 But to a certain extent, woodies experienced a revival during the '60s, when their prices went down rather quickly and they became affordable to ordinary teenagers. Since the majority of woodies settled down in California because of the climate, they became an integral part of the local surf culture. And in 2010, Chevrolet introduced the 21st century version of the woodie – the Chevrolet Spark, with body parts made of real wood instead of being covered with wood-imitation plastic. However, it's unlikely that woodies will ever return be put back into mass production – the low demand will create the same obstacles that already killed these Pinocchios off once before.

Is it worth investing in a woodie if you want to buy a old-timer? In most cases – no. This is easily explained – the climate. A woodie will quickly decay if you live in northern Europe or damp South America. If you're one of the lucky ones who lives in California, then you're going to have to dig deep. Prices for woodies with a restored body start at around USD 50,000. And don't forget the special maintenance – cars with these bodies have to be closely guarded from any stains, and have to be revarnished every few years. A lot like a luxury yacht. But if you have the money and your nose isn't bothered by the sweetish smell of varnish, you can start looking for a woodie of your own through online auctions!