Built from 1989 to 1997, the Opel Calibra was an example of a vehicle that combined physics and a sound design philosophy into a striking car. With a world-beating drag coefficient and outstanding looks, the Calibra has earned a reputation as a cult coupé amongst enthusiasts.

The sleek Opel Calibra made its debut as a concept at the Frankfurt Motor Show in 1989. It immediately stood out as a revolutionary piece of design thanks to a drag coefficient of Cd 0.26, which made it the world’s most aerodynamically-efficient production car at the time. It retained this accolade until 1999 when it was surpassed by the Audi A2 and the Honda Insight - both of which had a drag coefficient of 0.25. However, even in 2020, the Opel Calibra still ranks amongst the top-20 most aerodynamically efficient cars ever made.

In terms of mechanicals, the Opel Calibra was closely related to the first-generation Opel Vectra, and was designed by General Motors’ Wayne Cherry, and German designer, Erhard Schnell. 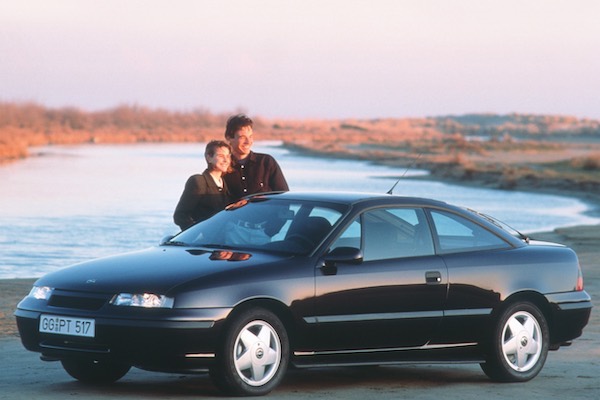 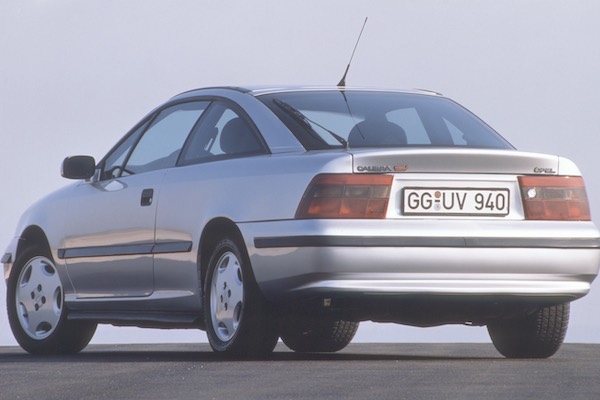 A combination of turbo power and affordability


The entry-level Calibra was fitted with a 115bhp 2.0-litre engine, which gave the car a top speed of 203 kilometres-per-hour (126 miles-per-hour). A 150bhp, four-valve version of the 2.0-litre engine was also available and would take the Calibra to a maximum speed of 223 km/h (138 mph). With a starting price of 33,900 Deutschmarks - around EUR 17,300 - the Opel Calibra, like its predecessor the Manta (Opel Manta for sale), represented an easy, cost-effective way into performance coupé ownership.

Alongside the standard front-wheel-drive car, the Opel Calibra was also available with an all-wheel-drive drivetrain.

In 1992, Opel introduced the Calibra Turbo which boasted a six-speed manual gearbox, all-wheel-drive, sports seats, and 16-inch alloy wheels. The car’s main attraction was its 16-valve, 2.0-litre turbo engine with 204bhp and a reportedly massive torque curve. A 170bhp 2.5 V6 version of the Calibra followed, and Opel facelifted the car in the middle of 1994.

However, the extra power, a new cooling system, and all-wheel-drive drivetrain added to hotter Calibra models meant that the car’s drag coefficient dropped to 0.29. Throughout its life, Opel released a number of special editions of the Calibra. In 1996, Opel released the Calibra Cliff Motorsport Edition, which was inspired by the Calibra driven to that year’s DTM championship by Manuel Reuter. Opel reduced the Cliff Calibra’s ride height by 20 millimetres to give the car a meaner, race-inspired profile, along with 7 x 16-inch BBS light-alloy wheels, and a paint job inspired by Reuter’s title-winning car. 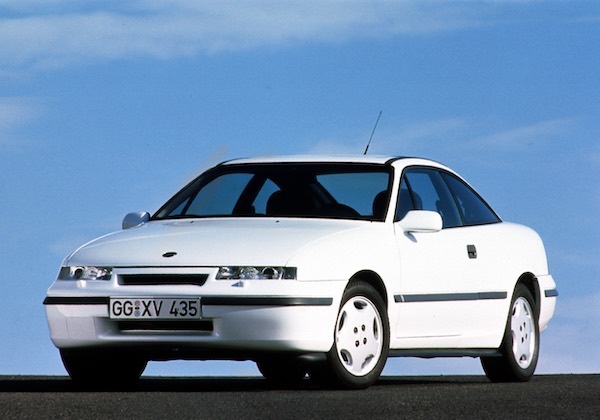 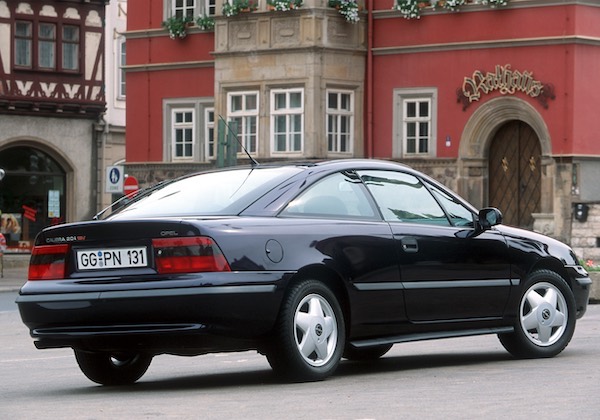 
>At market launch in 1990, all-wheel drive system was optionally available in addition to the standard front-wheel drive for both 2.0-liter gasoline engines. In March 1992 Opel made waves when the Calibra Turbo entered dealerships at a price of 49,800 marks. All-wheel drive, a six-speed gearbox, sports seats and 16-inch light alloy wheels came as standard. However, those affected aerodynamics – 16V, V6, 4x4 and turbo models had a worse Cd of 0.29, due to changes in a cooling system, underbody, use of spoked wheels and glass detail. 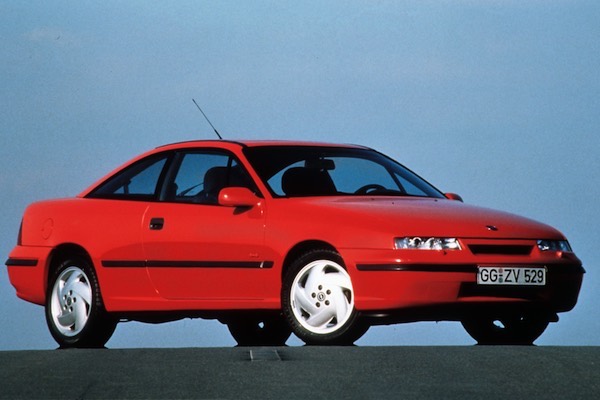 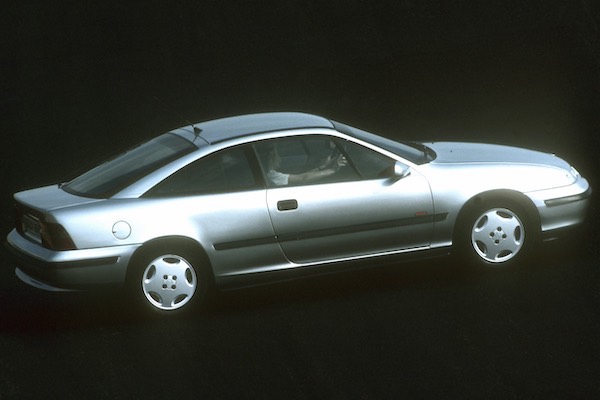 On August 29th 1997, Opel marked the official end of production for the Calibra. The last Calibra to be produced was a black Last Edition model, which was powered by the popular 2.0-litre, four-valve motor. Today, Opel Classic often shows this car at Youngtimer events across Europe. 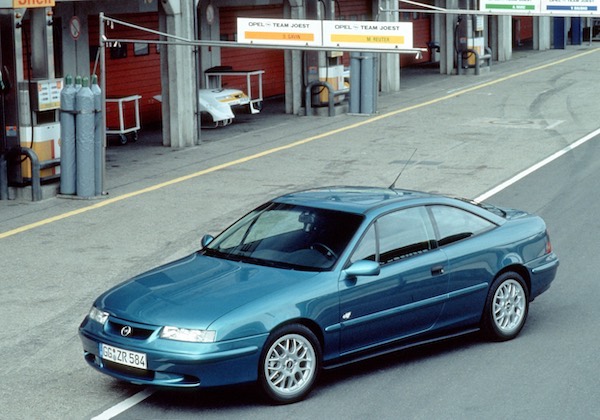 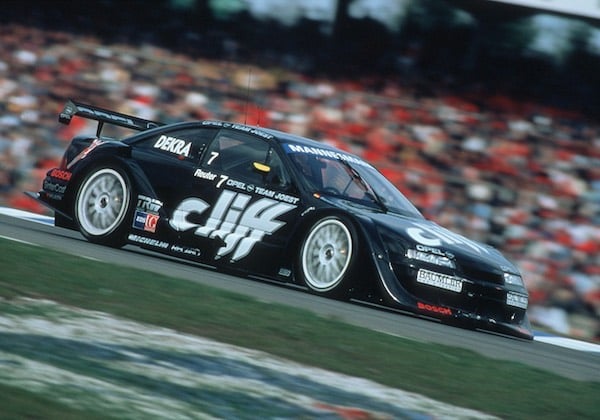 During the course of its life, the entry-level, 115bhp 2.0-litre Calibra was the most popular model with 130,000 produced, which was followed by the 150bhp model - more than 61,000 of these cars were made. The biggest markets for the Calibra were Germany, the United Kingdom, Italy, Spain, and France. As a General Motors car, the Calibra was sold in the UK under the Vauxhall brand. In South America, it was marketed as the Chevrolet Calibra. In Australia and New Zealand, it was sold as the Holden Calibra. 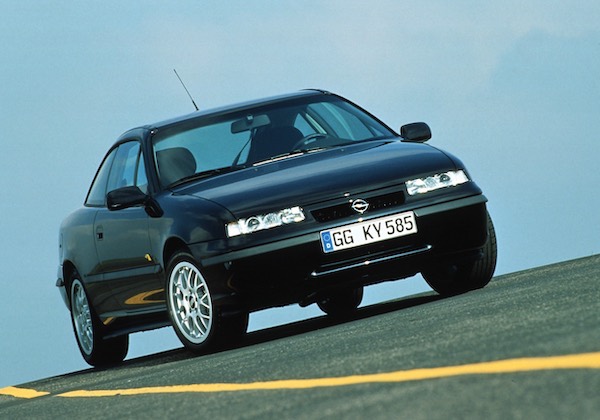 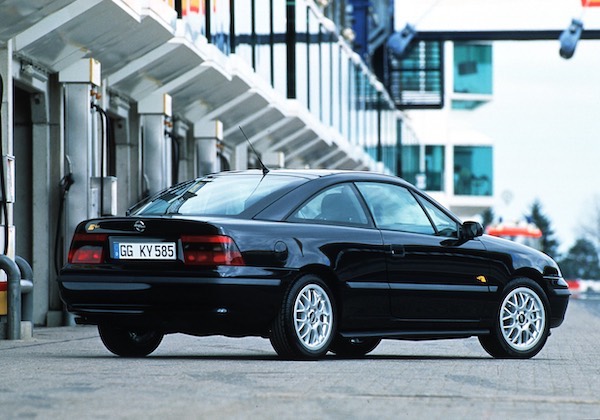 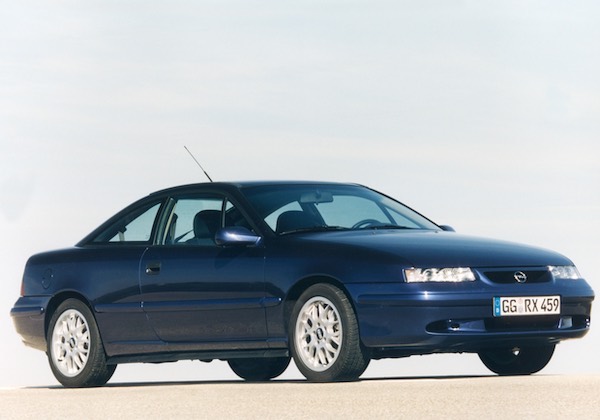 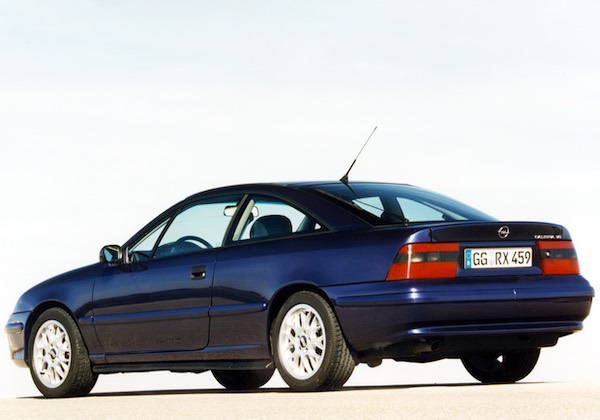 According to market conditions, the price of a Calibra can range from around EUR 500 to around EUR 30,000.