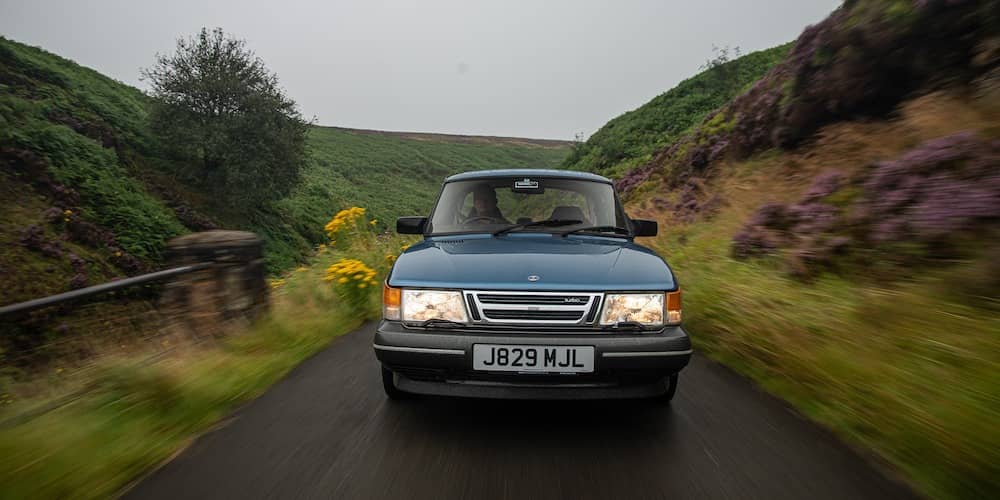 If you wait until next week, you’ll discover that back in August this year, I fell madly in love with the classic 1992 SAAB 900 Turbo above. The car, in my mind at least, I christened Ulrika and we had a very nice day out on the B-roads of Britain’s Peak District.

I’ll keep things brief, because everything about the seemingly strange world in which the SAAB People at the firm’s base in Trollhättan operated will be covered in next week’s first of two long reads.

But I will say this: whilst it’s easy to sometimes laugh at SAAB for its ‘Born From Jets’ marketing slogan, the fact that SAAB’s supposed “quirks” or “weird way of doing things” actually made sense once you found out why they mounted the 900s engine transversely, or shoved 250bhp through the front wheels of the 9-5 HOT models. 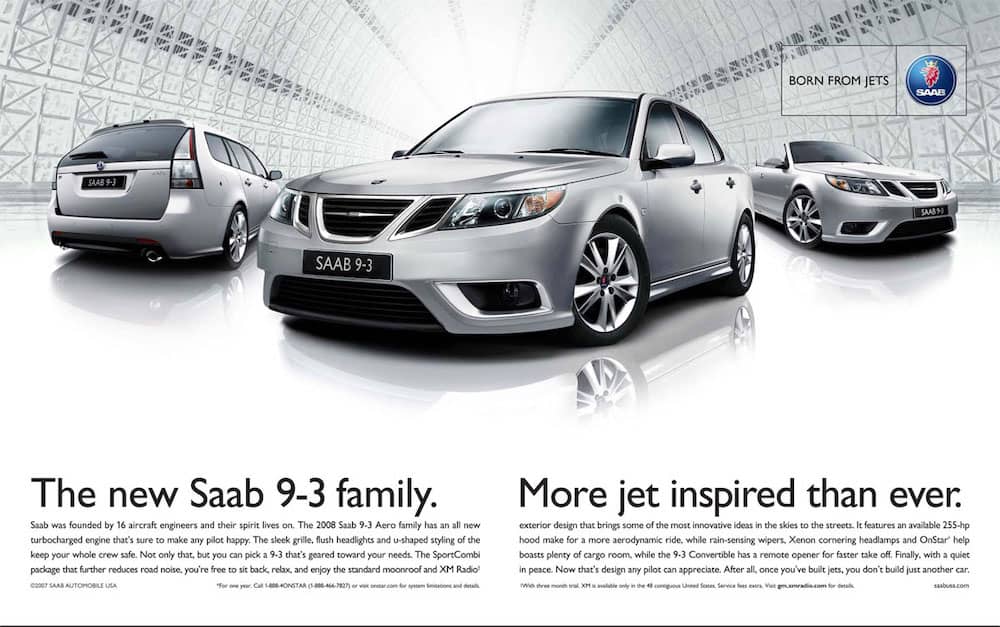 All classic SAAB cars were ergonomically designed to keep things as simple as possible for the driver under the philosophy of “SAAB: Born From Jets”
© COLOR CULTURE

There is also the matter of the electric window rockers and ignition switch placed on down by the ignition tunnel on SAABs from the 900 to the first-gen 9-5 and 9-3. It is not, contrary to popular belief, just a case of SAAB doing SAAB things or being quirky for quirky’s sake. p>

Whilst the Dyler team and I put the finishing touches to the classic 900 Turbo feature - which, by the way, also features some stunning imagery by Liberium Photography - we’ve combined This Week In Cars with what we hope is a clear explanation of why we love SAABs, and why we feel they should still be very much a part of the automotive world, classic or otherwise.

Thank you for bearing with us, and if you have owned or still own a SAAB, then we’d love to hear about your experience of having one. To drop us a message, get in touch with us on Facebook, Instagram, or send me an email directly by clicking here.

We hope you enjoyed the read, and we’ll also send you our weekly newsletter on Sunday as usual! 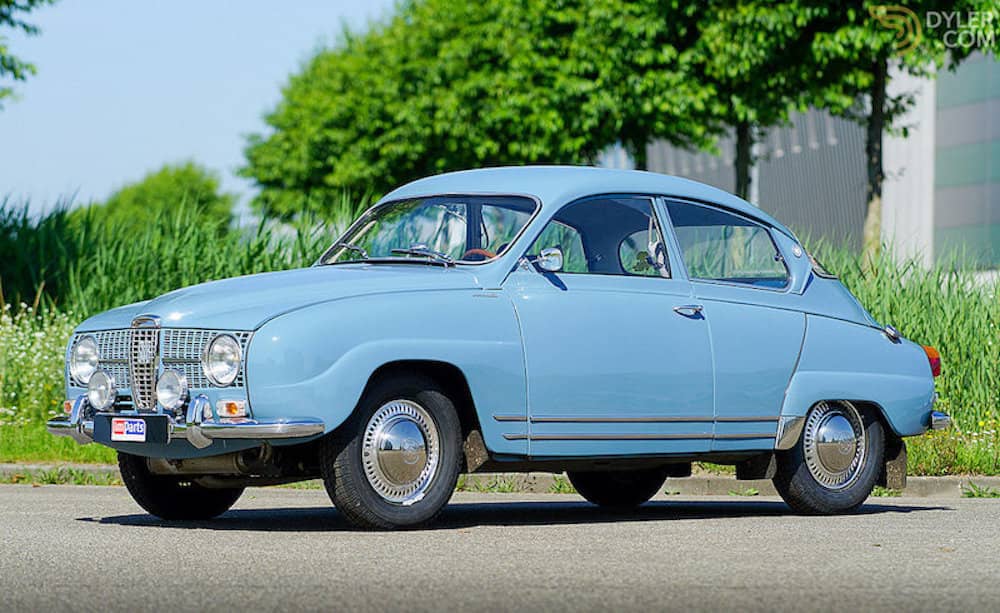 The SAAB 96 was an evolution of the massively aerodynamic SAAB 92, which boasted an insanely low drag coefficient that would still impress today
© Imparts Cars & Spares

Now just over 60 years old, the SAAB 96 is one of the OG classic SAAB models well and truly on the map of car enthusiasts who like things to be well… a bit different. The 96 was an evolution of the SAAB 92 , the first car made by the aircraft manufacturer-turned-car maker. The 92 was a masterpiece in aerodynamics. The little car with its transverse mounted, oil thirsty, two-stroke engine was stamped from a single piece of sheet metal, and it boasted an impressive drag coefficient of 0.30. That’s impressive for today’s terms, but when it came out in 1949, those were unbelievably advanced numbers from the SAAB People in Trollhättan. By the time the 92 had morphed into the 96 by 1960, it had become a fine rally car, and the Monte Carlo 850 was made to celebrate Erik Carlsson’s Rally Monte Carlo victories in 1962 and 1963. The 850cc two-stroke motor underwent a power boost from 39bhp to 57bhp, but remember this was dropped into a car that weighed just 873kg. To show off its rallying credentials and separate it from more pedestrian 96s, SAAB also gave the Monte Carlo special ‘Monte Carlo’ badging, sports seats in the front, a wood-trimmed steering wheel and dual chrome strips on the side. 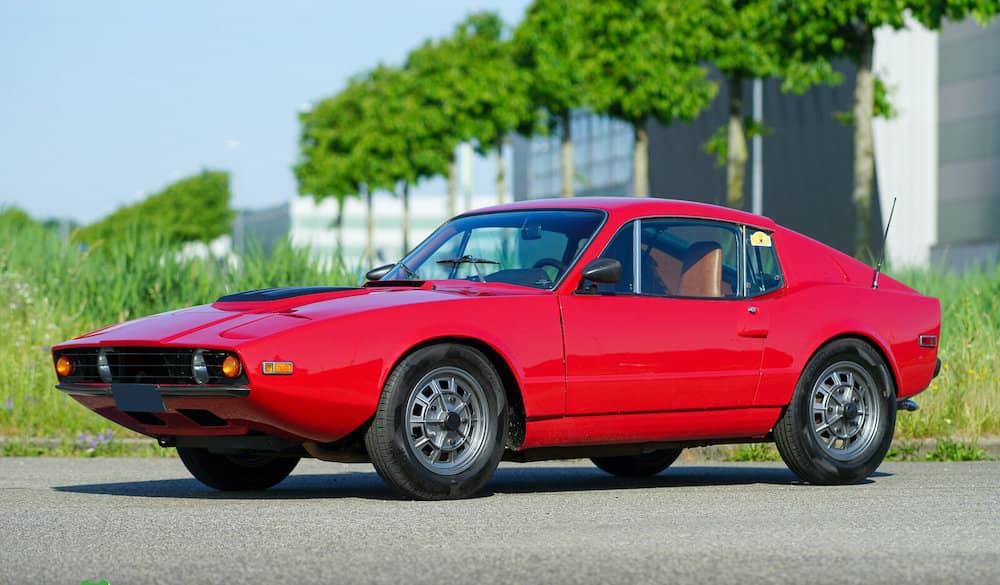 Lightweight, pretty, and powered by an unusual V4 motor, the SAAB Sonett III was one of Trollhättan’s biggest success stories in the United States
© Imparts Cars & Spares

When it comes to saving the best until last, that’s exactly what SAAB did with the final edition of its Sonett coupé - the pretty little Sonett III. The SAAB Sonett had been around since the mid-1950s, but it’s the third-generation car which came out in 1970 is the one most sought after by Swedish classic car enthusiasts. Trollhättan brought in Sergio Coggiola to design its Sonett and bring some Italian flair to its trademark logical Swedish cool. The Sonett's fibreglass shell was placed over the chassis from the already much-loved SAAB 95 and 96 and weighed just 880kg. SAAB moved away from the oil-loving, two-stroke motor fitted to the Sonett III predecessor - the Sonett II - and bolted in a lightweight, fuel-sipping V4 motor lifted from a Ford Taunus. The result was a cooler running engine, capable of propelling SAAB's kink-tailed coupé to a top speed of 105mph. Most importantly though, the Sonett III did not need oil added to its fuel mix. Quirky engine and pop-up headlights aside, the best thing about the Sonett is the name. Sonett isn’t a misspelling of “sonnet”, it comes from the Swedish for “så nätt” which means “so neat” or “so pretty”. SAAB anglicised the name, because the Sonett III was aimed at the US market, and lap it up US buyers did! Out of the 8,531 Sonetts IIIs made, 90% of them were exported stateside 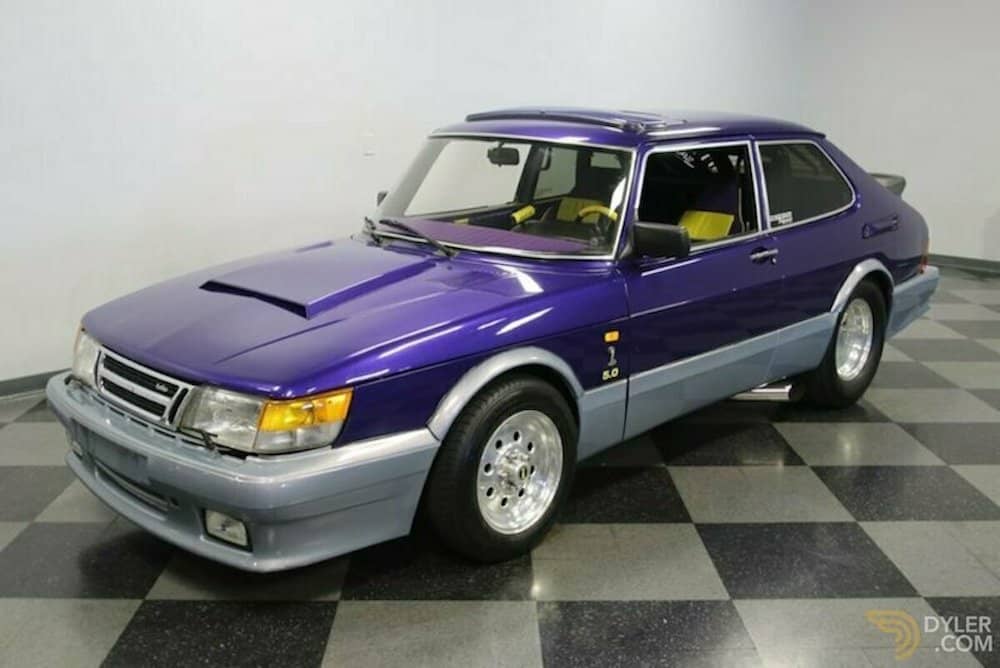 This classic SAAB 900 has been fitted with a 5.0L supercharged V8, which alters its personality from low-key sports coupé to muscle car-slaying Swedish sports car
© Streetside Classics Charlotte

Classic SAAB 900 enthusiasts look away now, because this one is bound to split opinion. Throughout its 67-year history, SAAB was noted for giving the automotive world plenty of ‘firsts’ - arguably, the most famous of all, is the addition of a turbocharger to regular cars. Yet despite bringing the turbo to the masses, Trollhättan never went down the route of supercharging. Clearly then, the owner of this 1987 900 Classic felt like rejecting tradition and added a supercharger to the small block, 5.0L Ford V8 they shoehorned under the bonnet of what many consider to be the best car in SAAB’s history. Alongside the big American motor, this car has undergone a series of further modifications inside and out; there’s the lairy two-tone paint job, and the interior is a lurid mix of purple and yellow racing seats. Further modifications include toggle switches, a roll bar, and a dash-mounted shift light. This may not be one for the purists, but it’s certainly unique. 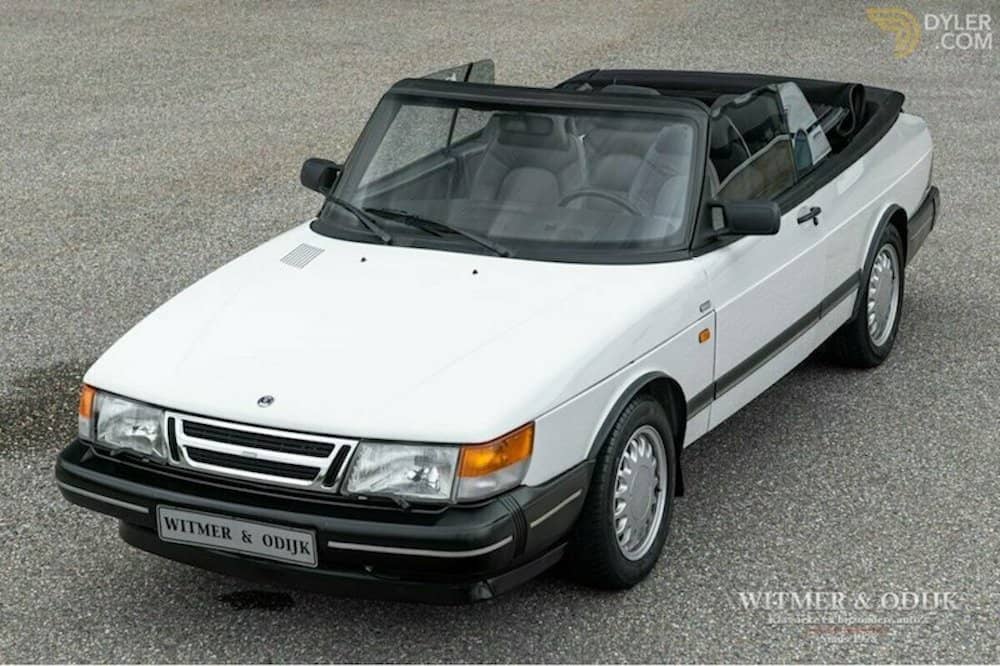 Described as being “built to a target and not down to a cost”, the classic SAAB 900 is considered by classic SAAB enthusiasts to be the company’s finest build in its 68-year history
© Witmer & Odijk

Ah, the SAAB 900. A car loved by everyone for its timeless styling, and the fact that it remains the purest example of Trollhättan building the best possible car it could. According to motoring journalist and SAAB historian, Lance Cole, the pre-GM 900 was SAAB “creating the best car they could [it was]; built to a target and not down to a cost.” When it launched in 1979, the 900 boasted a low drag coefficient of 0.36 for the hatch, and 0.37 for the coupe. When the car received a facelift in 1987, its new sweepback front and smooth, curved, integrated bumper mouldings reduced the Cd figure down to 0.35. The classic SAAB 900 Turbo like you see here is rapidly being snapped up by car enthusiasts globally, and prices are rising. If you can get your hands on one, then expect a car that boasts a unique, thoughtful character, and a driving experience like nothing else thanks to its transverse-mounted engine which came in full-pressure turbo or half-pressure turbo guise. In the late 1980s, Autosport magazine described the SAAB 900 as “just about the best motor car being made anywhere [in the world]. In the world of modern classic cars, the classic SAAB 900 is unrivalled in terms of quality and personality.

SAAB’s era of GM ownership is the most contentious in the company’s history, but it’s widely accepted that the 9-5 was one of the period’s highlights thanks to SAAB’s clear influence over its development and its range of rapid turbocharged engines
© Het Klassiekerhuis

When General Motors took over SAAB in 1989, the cars that followed are amongst the most divisive in the brand’s history. SAABists will argue that GM strangled the Swedish car company to death by cost cutting and in the process, removing the quirky personality that had won it so many fans across the world during years prior. Meanwhile, GM apologists will contend that Trollhättan was inflexible in its working methods and engage fully with its US-based owners. However, what both sides mostly agree on, is that the 9-5 was the best car to come from the GM/SAAB venture. Despite being based on the chassis that underpinned the unremarkable Opel/Vauxhall Vectra, the 9-5 was “definitely 80% SAAB, and 20% GM”. In short, SAAB did what SAAB does best by creating a rival to the BMW 5 Series and Mercedes E-Class in a way that really wasn’t like either of the more staid, mainstream German cars. Whilst the last-gen 9-5 is considered the ‘best’ of the bunch, it doesn’t necessarily feel like a proper SAAB should. In today’s market, the first facelifted cars from 2001 - 2005 are considered the pick of the crop for enthusiasts. Turbocharged manual HOT models are currently the most sought after thanks to their straight-four motor which sends the best part of 250bhp through the front wheels.