The AC Aceca from the 1990s: A GT Forgotten by All

A grand tourer, or GT, is a type of car that offers potential buyers the highest level of luxury, comfort, and the ability to travel very long distances at high speeds.

These cars have always been designed according to the same formula – with the engine in the front and the driven wheels in the rear.

Italians are the experts with this car type – it was in their country that GT exemplars like the Ferrari 250 GTO, the Maserati 3500 GT, and the Alfa Romeo 6C 1750 GT were born; in the era of more modern cars, these ranks could be supplemented by the Nissan 300ZX, the Ferrari F12 Berlinetta, the S-Class Coupé, and the Jaguar XK.

Looking through the history of the automotive industry, we can see a few dozen little-known, very rare specimens that failed to catch the public’s attention. One of them is the AC Aceca. However, the story of this model should begin with a brief history of AC Cars and its predecessors.

Founded in 1904 as Autocars & Accessories Ltd., the company owned by the Weller brothers originally produced the Autocarrier, a three-wheeler goods carrier. Autocarrier Ltd. was only founded in 1915; in 1918, this new company put its first four-wheel car into production – a sporty two-seat coupé powered by a four-cylinder engine that was met with immediate success in the market.

In 1921, after the resignation of Weller and his colleague, Portwine, the company got another new name – this time AC Cars Ltd. – and significantly changed its philosophy, focusing on excellent handling, sportiness, and an ultra-stylish exterior design. This successful strategy was further developed.

In 1937, the first AC cars were already being exported to the US, but once World War II broke out, the company changed direction and began producing military equipment instead of motor vehicles. As soon as the war ended, AC started making cars again, and their production rates grew steadily over the next five years: by 1950, at least five cars with two-litre engines and different body types were coming off the conveyor every week at the company’s factory, and in 1953, one of the manufacturer's most important models was introduced – the AC Ace, a two-seat sports convertible that quickly won over the hearts of motor sport enthusiasts. This was followed a year later by the Aceca Coupé, and in 1957 – the AC Bristol, which came in 10th at the Le Mans 24-hour race that year. The next year, an AC Bristol specially modified for the race came in 8th place, and in 1959, the new AC Ace finished 7th overall and first in the GT 2.0 class. 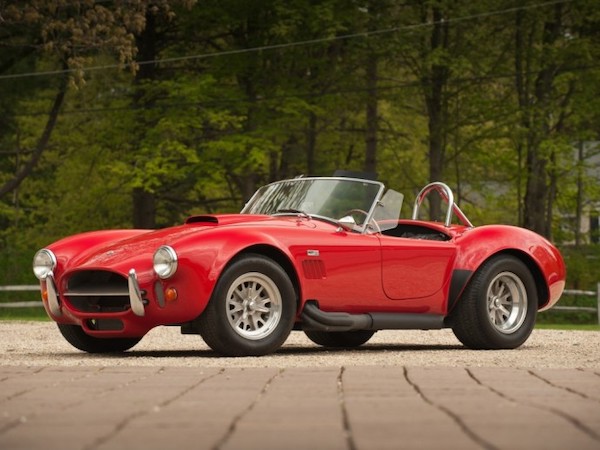 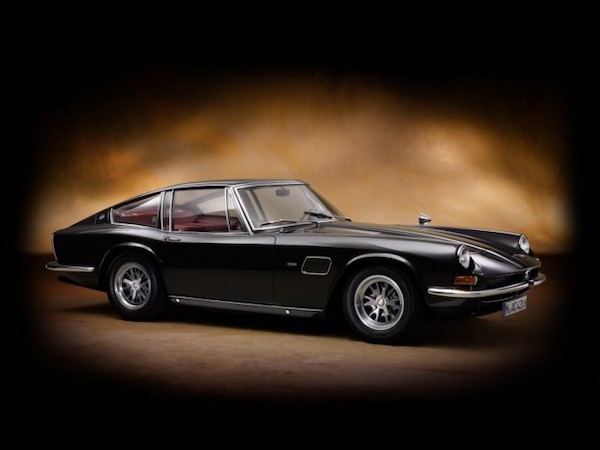 1961 was a momentous year for AC Cars – Carroll Shelby, with Ford firmly behind him, offered to join forces and put their 4.2-litre V8 engine in the lightweight AC Ace chassis. Of course the Brits agreed to combine the brutal power of the American engine with their own subtle design aesthetics – AC Cars was the company that gave the world the legendary Cobra, one of the fastest sports cars of all time, worshipped by car enthusiasts in both the United States and around the world.

While AC was enjoying the tremendous popularity of the Cobra, some of the company’s employees were trying to solve a dilemma: what model could replace the Cobra that everyone so adored? Maybe they should make not one, but two successors?

The ambitious manufacturer decided to start production of a completely new grand tourer that was in no way inferior to Ferrari or Maserati as far as elegant body lines go. This was the AC 428 Frua that came out in 1965 – a model with a long nose and curved rear that was fitted with a giant 7.2-litre, 8-cylinder engine. The car was created by the renowned Italian designer, Pietro Frua.

Unfortunately, this attempt to test the waters was not very successful. AC only produced 93 Fruas, which even for such a niche car maker as AC Cars was too small of a number. After the Frua came the AC 3000ME, but this model wasn’t any more successful – only 101 cars were made and production was not regular.

The only salvation for the drowning AC was the opportunity to become part of another, larger company, and that’s how AC was taken over by C.P. Autokraft in 1986. You think AC managed to rise like a phoenix from the ashes? Then think again. The AC MK IV that was developed under Autokraft was relatively popular, but the decision to create a replacement for it was fatal – the AC Ace sports car that was introduced at the 1993 London Motor Show with a stainless steel chassis and aluminium body was modern and attractive, but the project development and production costs were too much. Brian Angliss, the head of Autokraft, was forced to sell his huge motorcycle collection, his vintage Bentley, and many other assets to try to make ends meet, but his efforts and sacrifices didn’t pay off and after 50 Aces were made, production came to an end. Just like the entire Autokraft era. 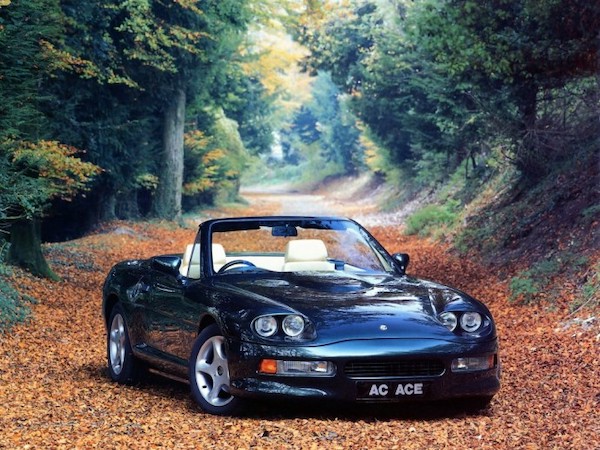 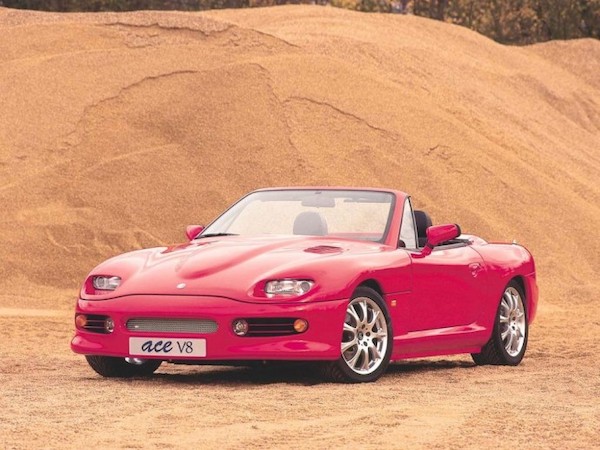 In 1996, AC was acquired by Pride Automotive, which continued to manufacture cars and renamed the company AC Car Group Ltd. It was at this time that the hero of this story was created – the undeservedly forgotten AC Aceca V8, a four-seat grand tourer coupé. The Aceca that began being produced in 1998 and got its name from the legendary model from the 1950s was developed on the same platform as the Ace, but compared to its older brother, it had a wheelbase that was 15 centimetres longer, and was 25 centimetres longer in total. 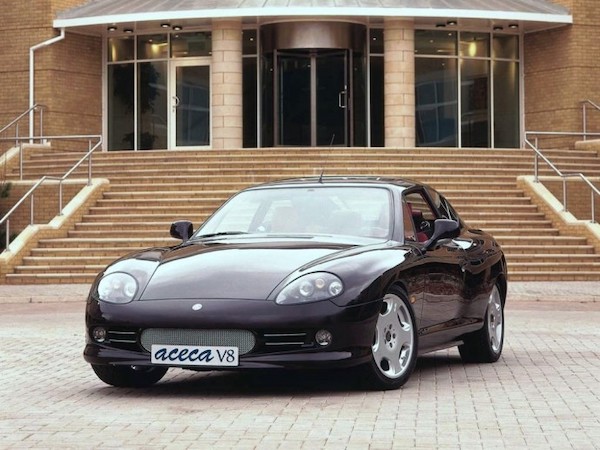 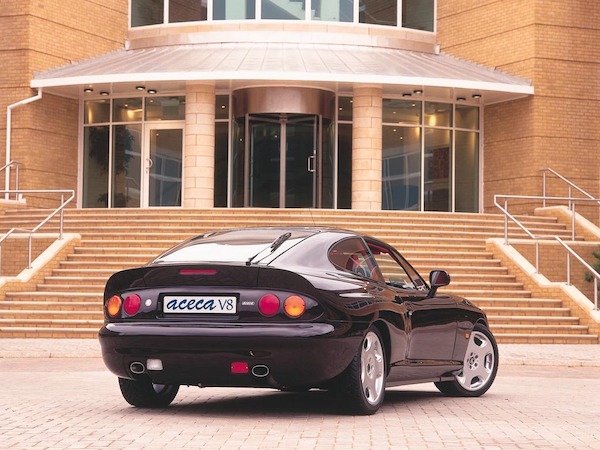 You could get the AC Aceca with one of two engines: a 4.6-litre, 8-cylinder engine capable of reaching 326 hp and developed by Ford engineers, or a V8 borrowed from colleagues who worked at the Lotus factory that could generate 350 hp.

One of AC’s biggest trump cards (their ace – pun intended) was that it was one of the first manufacturers in the world to let customers alter the interior finishing and colour schemes, or choose from different types of leather. Plus, the AC Aceca was one of the first cars that had a navigation system as standard equipment.

Ironically, the Brits only managed to find four customers who wanted to buy an AC Aceca. After this unsuccessful project, the car makers from Great Britain decided to shut down the factory for good and direct their energy into a more profitable area.