Back in the late 70s, European car builders have been sharing a passion for sports coupé. Ford Capri, Opel Manta , VW Scirocco, not mentioning the whole Japanese nation that was ready to conquer the auto world. There was also Porsche 924 , a real star amongst European men with a mid-life crisis.

Always at the forefront of technology, the French from Renault somewhat fell asleep while making budget alternatives for Golf and was late to offer a new model along with other manufacturers. That's how chiefs of Renault came up with the idea about a coupé that would light up leaving its competitors in its dust - Renault Fuego.

Alright, maybe a metaphor about lighting up is more suitable when talking about Ford Pinto, yet my words are still chosen carefully. In Spanish, Fuego means a flame, but it's strange how the patriotic French chose a foreign country's name for a model presented in 1980. Until then, Renault made 15/17 model coupé cars, but their mid 60s design looked terrible compared to the spectrum of newer models. That's why these oldies needed a next-gen heir that would stand proud next to the competitors from Germany. 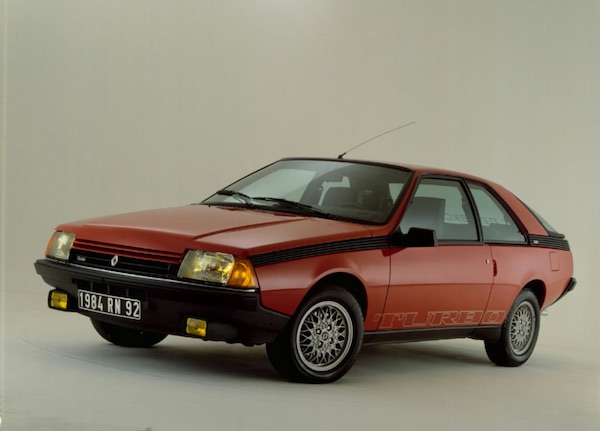 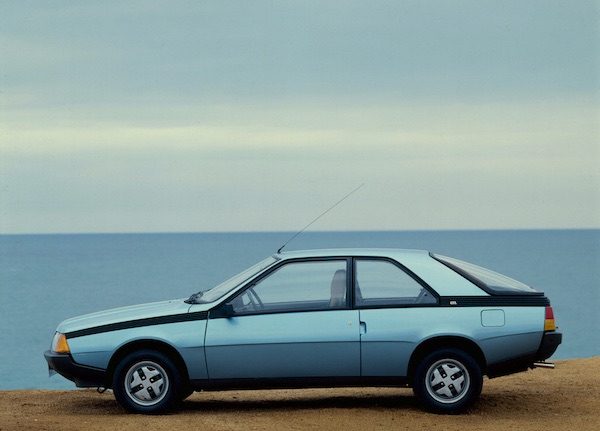 In truth, the new model wasn't that new after all. Mechanical side, including the engine and gearbox, was borrowed from Renault 12 - a french VW Jetta equivalent, whereas the rear suspension came from Renaut 20. Doesn't sound too sporty and innovative, right? However, there was one thing that distinguished Fuego from its rivals - back then, sports cars calmly ignored the worldwide rear-wheel-drive car fever, and "Porsche 924 for regular folk" (that's how journalists called Fuego) was a front-wheel-drive car.

Of course, what is trending is not necessarily effective, especially in such a niche sector as sports cars . Because of such composition, Fuego was often critiqued by those journalists that were specializing in other fields. Because it was a front-wheel-drive and had a soft suspension, Fuego made turns lazily and didn't have any sport-ish sharpness at all. Besides, for a vehicle that considers itself sports car, it wasn't very reasonable to utilize rear drum brakes like some budget Lada.

In fact, Fuego was often lazy on the road also. Its weakest engine was only 1.4 liter and had 64 horsepower. Even Ford Capri (which was already old at the time) was faster than this car, not mentioning names like Porsche. Renault soon realized that a wannabe sports car that even your grandma could pass by doesn't bring any honor to the brand. Thus, in 1981 the company presented two new engines equipped with turbines. One was a benzine engine and the other, as Renault marketed it, was the first turbo diesel engine in a coupé. 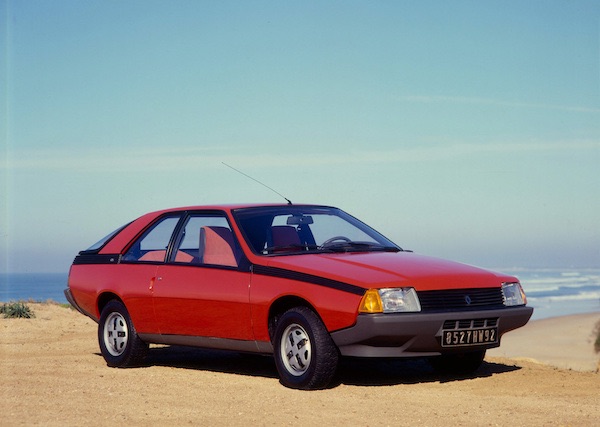 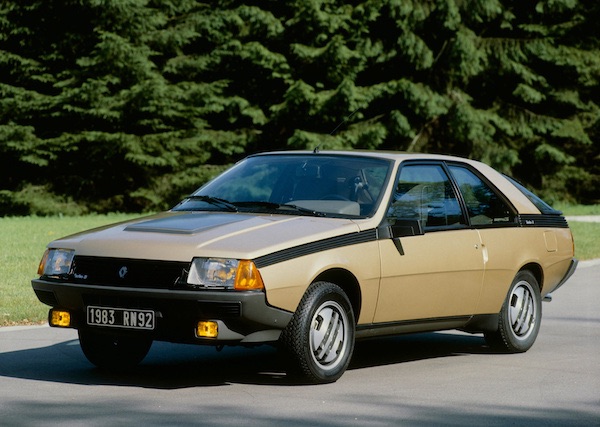 Until 1983, when BMW released its 5th series, a turbo diesel Renault was the fastest diesel car in the world that would reach 180 km/h. However, it still didn't make Fuego a sports car - even with a benzine turbine, Fuego could reach 100 km/h in 10 seconds with a max speed topping 177 km/h. Numbers are certainly not impressive by the standards of these days, and they weren't exciting in 1983 as well. The gearbox also didn't perform any miracles - it was either a five-gear manual or four-gear automatic transmission. Both options were standard and didn't have any sports features.

Weak technical indicators and poor reliability didn't help to achieve commercial success. Thus, Fuego was positioned as a cheap, used car soon enough. On top of it, Fuego wasn't resistant to rust, and the insurance was costly. You probably already know why after a couple of years, it was better to put Fuego under the press rather than take the effort to fix it.

It's evident that the engineering wasn't the strongest Fuego suit, but was it really that bad? No. It actually had a unique design and some innovative solutions. A team led by Robert Opron (the same person behind Citroen SM , Citroen CX and GS 'spaceships', and later Renault 25) created something that is being called one of the most elegant models from Renault. Back then, Jeremy Clarkson and L. K. Setright called Fuego a car that is gifted with not only plenty of space and fantastic aerodynamics but also with a stunning bodywork.

The wedge form exterior didn't resemble a technical donor of Fuego, Renault 18, and instead looked more modern than its competitors from Germany. It reminded cars from the late 80s / early 90s like Ford Sierra or Audi 100 . Fuego was the first from sports cars to be tested in aerodynamic tunnel. Its drag coefficient varies from 0.32 to 0.35. If not for weak engines, Fuego would be way faster than it was. In 1984, the model was restyled and became somewhat similar to Renault 25. 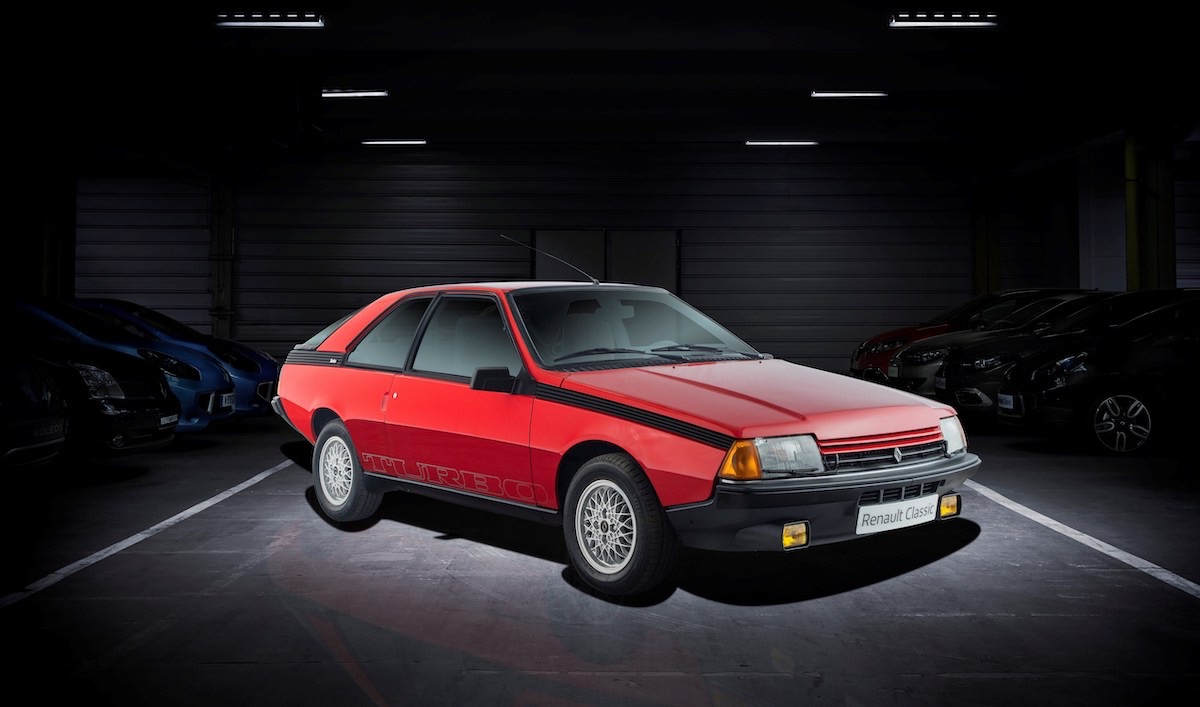 Fuego had more luck developing innovative solutions rather than shining on a track - in the early 80s, electronics and computers went popular, and Renault didn't want to avoid the technology. Even though the most simple Fuego set had budget features, buying a more expensive version meant more cool features. At the time, Fuego had a remote central lock that seemed futuristic, a computer that displayed all the info, power windows, comfortable seats with soft velor, etc. Some models had even air conditioner and power skylight from Webasto workshop. Elegance and innovation - that's a pretty good fit for a wannabe sports car.

But was it enough to compensate for its sluggish performance? Of course not. Fuego didn't make sales that well. In the most prominent market - The USA - only a few units were sold. During the seven years of its production in Europe, up until 1987, Renault made more than 200,000 Fuego units. Not a huge number if you spread it across the world.

Renault was also considering making Fuego's heir. The idea inspired by Renault Alpine has been refused at the last moment. Mostly because of the company's financial problems and the fact that the trend of sports coupé was counting its final days. The aggressive marketing strategy in the European press didn't help either. However, it gave some ideas to the Japanese.

In 1984, the Fuego Turbo version in Europe was marketed with the slogan 'L'Aerodynamite.' The same slogan was used nine years later when marketing Toyota Supra.

Is it worth considering buying Fuego? If you wish to have a retro car that is unique in the 80s context, you have an extra 8,000-10,000 Euros, and you don't want to drive Porsche 924 - why not. But if you're fine with a year of scouting ads for a decent model, neverending electronic problems, and fixing a car more often than driving it, it is better just to remember it as a sports coupé from France.

However, it didn't actually become a sports vehicle because of Renault chiefs that thought it's enough for a sports car to have an excellent bodywork with a family-friendly engine.