Volvo 262C – Designed in Sweden and Built in Italy

Forty years ago, in 1977 Volvo turned perceptions of what its brand stood for upside down. The Volvo 262 Coupé left no one unmoved and sold significantly better than expected, despite costing more than twice as much as the basic model in the 200 series.

The Volvo 264 was presented in the autumn of 1974, and two years later it was time for Volvo’s first six-cylinder estate: the 265. But that was far from the end of it - at the Geneva Motor Show in March 1977, perhaps the most unexpected model version saw the light of day: a two-door coupé with heavily slanting windscreen pillars and the roof lowered by 60 mm. To get the car to be perceived as sleeker, the rear spare wheel pods had been removed - the remainder of the body was identical. 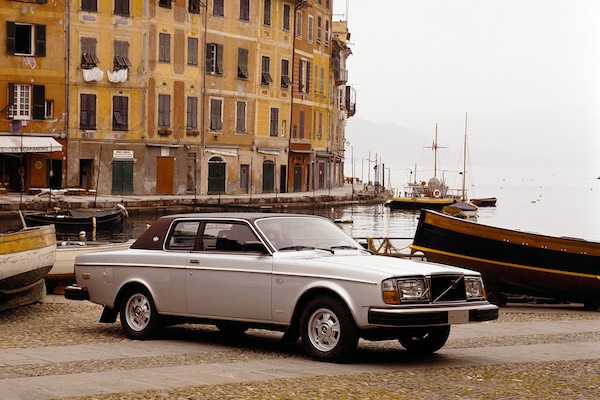 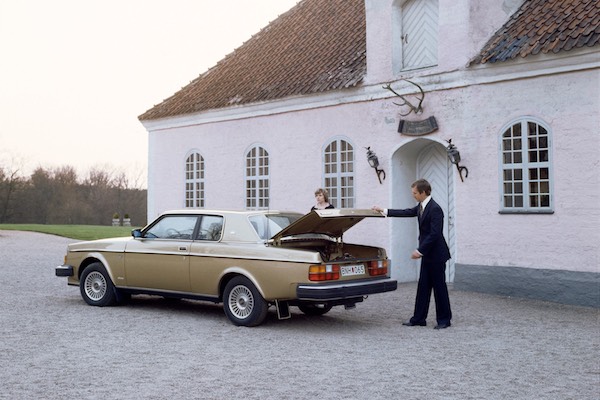 A small Bertone badge on the front fenders


What really made the 262C into what it was could be found in the passenger compartment. This offered an extravagance of leather and hardwood. The seats, headrests, door sides - even the curve handles had been upholstered in leather. 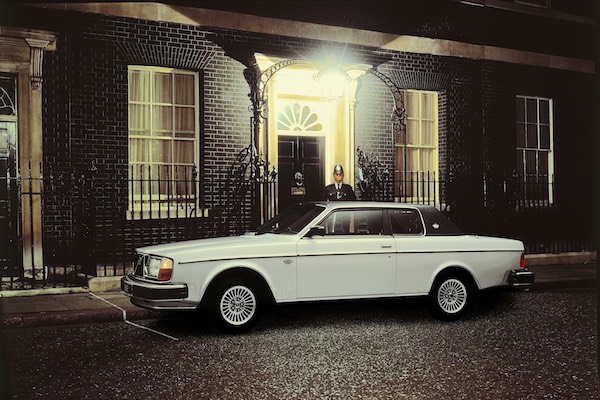 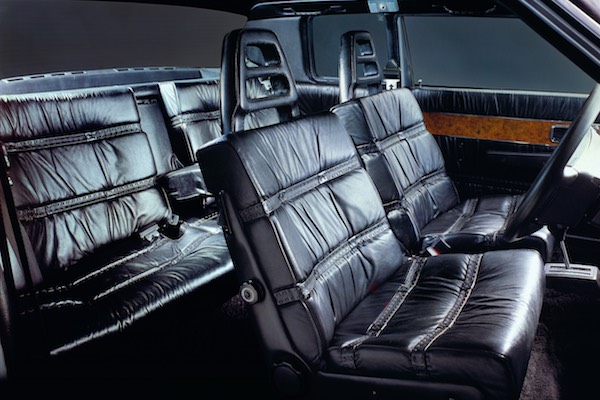 When the Volvo 1800ES was discontinued in 1973, there was no natural successor to the role of top range sports model. Volvo’s CEO Pehr G Gyllenhammar saw this as a problem. It was especially important that there was a model of this kind in Volvo’s biggest export market in the USA and a luxury coupé seemed more right at the time than another sports car.

Volvo’s chief designer Jan Wilsgaard did sketches for the shapes of the prestige car, but no clay model was ever built. Instead, he used a Volvo 164 that had been used to test new interiors. It was taken to the Italian designer Sergio Coggiola’s company in the Italian city of Turin, where the four-door body was rebuilt into a two-door body with a lower roof. The roof was clad with vinyl and the wide C-pillar adorned with three crowns - Sweden’s heraldic national symbol. The three crowns were replaced with one larger one on the production car, which is one of the very few differences between it and the prototype - except the obvious one that it was based on a 164.

The engine in the 262C was initially a 2.7-litre, 140 hp V6. It was shared with all the other body versions in the 260 series and had been developed together with Peugeot and Renault. Manufacturing took place in Douvrin in France under the auspices of the Société Franco-Suédoise de Moteurs-PRV company. Volvo’s engine designation was B27E and thanks to engine blocks and cylinder heads made from aluminum, it weighed less than 150 kg.

Such a niche product, built in small numbers, didn’t fit into the Volvo plant in Gothenburg. Instead, final assembly took place at the Italian Carozzeria Bertone, who also built the 264TE limo. Kits were sent to Turin where the bodies were modified, painted and assembled into finished cars. A small badge on the lower part of the front fenders showed that Bertone had built the car. 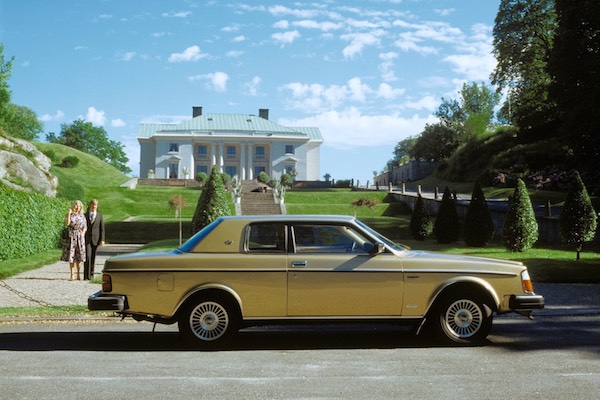 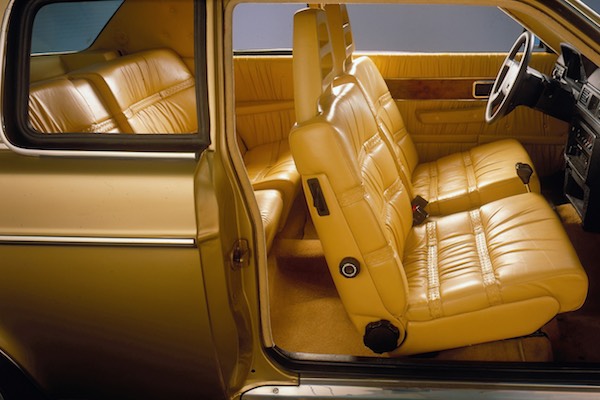 Considered to be collectibles immediately after production end in 1981


For the first few years, the 262C was only available in silver metallic with a black vinyl roof and it was sold for $14,700 in US. From 1979, it was also available in gold metallic without a vinyl roof. That year, all saloon models in the 200 series also received a new rear with a boot that went down at the rear edge. The tail lights were also new and went around the body corners.  In 1980, black and light blue metallic and silver metallic with vinyl roof was phased out. In the USA, the model was sold under the name of the Volvo Coupé from 1980.

The model year that stands out the most was also its last. In 1981, the 200 series underwent a major update with new, more slender bumpers and a new headlight set up. The B27E became a B28E as the engine gained in terms of cylinder volume and had another 14 horsepower added to it. The new colour combination was a two-tone paint job in gold and nougat. 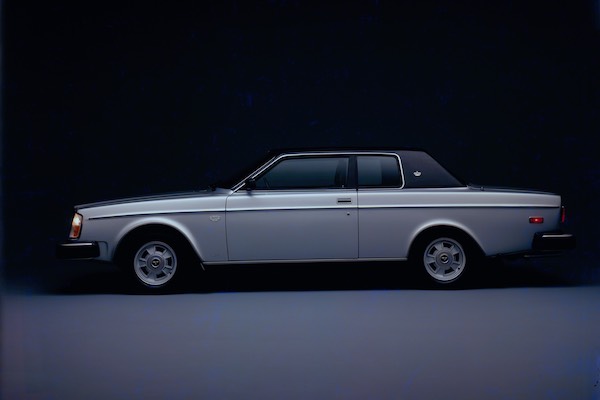 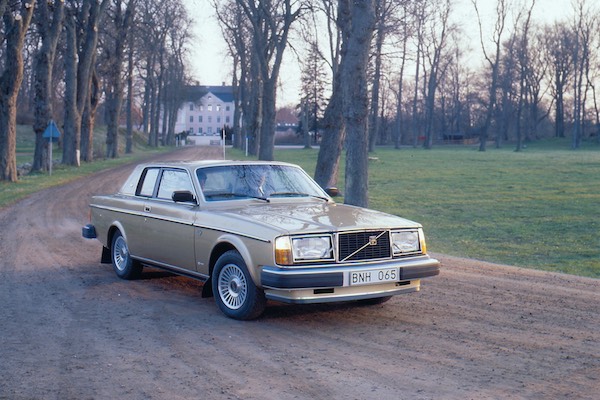 The aim was to manufacture 800 units per year, but expectations for demand had been set far too low. Apart from in 1977 when production started late in the year, and the final model year, production figures were more than double the forecast. When the final cars were sold in 1981, they were already considered to be collectibles. In total, only 6,622 cars were built between 1977 and 1981, giving it true exclusivity. Today it‘s not easy to buy 262C – in classic cars market prices can be up to $25,000 for the ideal condition models and slightly lower for the ones, who need some restoration.

It was only in 1985 that the successor to the 262C was presented, Volvo 780. The collaboration with Bertone continued, but the 780 was both designed and built in Italy.

Five things you should know about the Volvo 262C