This Week in Cars: Five Classic Cars From Sweden Including the SAAB 900 Turbo and a Bertone-Designed Volvo

It’s been a while since I last said hello, but it’s been a busy few weeks with the Goodwood Festival of Speed, road-testing, and a few days off but we’re back, and normal service is resumed!

Our latest edition of This Week in Cars is actually inspired by a chap at Goodwood whose name is Joakim Rydholm. He is also Polestar’s Senior Chassis Development Engineer.

Alongside rolling out the high-performance Experimental Polestar 2, Joakim joined Dyler for a chat about the characteristics and essence of what makes a car *feel* Swedish. Drawing on his decades of knowledge from previous positions at SAAB and Volvo, he also knows a thing or two about how to create an outstanding driving experience and develop an excellent chassis. 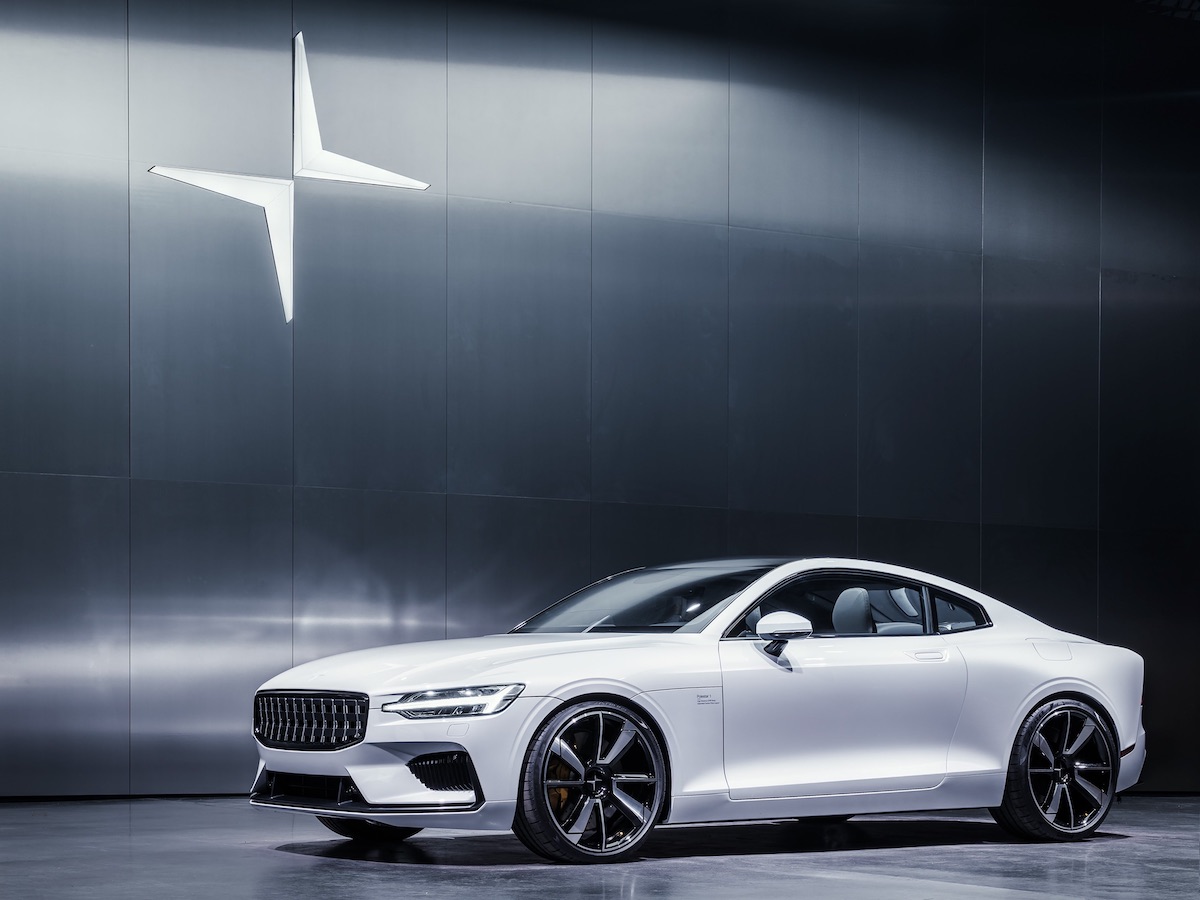 The Polestar 1 is a fully carbon fibre, hybrid GT classic car of the future
© Polestar Press

The affable Swede also took the time to explain how the Swedish national character has trickled down into the DNA of the incredible Polestar 1 and Polestar 2; both of which will almost certainly become classic cars of the future. If they don’t, I’ll streak across my local cricket ground…

…and that’s now officially on record.

You can read the interview with Joakim by clicking here, and it will also give you a good insight into the obsessively-nerdy (Joakim’s words, not mine!) engineering wizardry that makes Polestar one of the most exciting automotive start-ups around today. 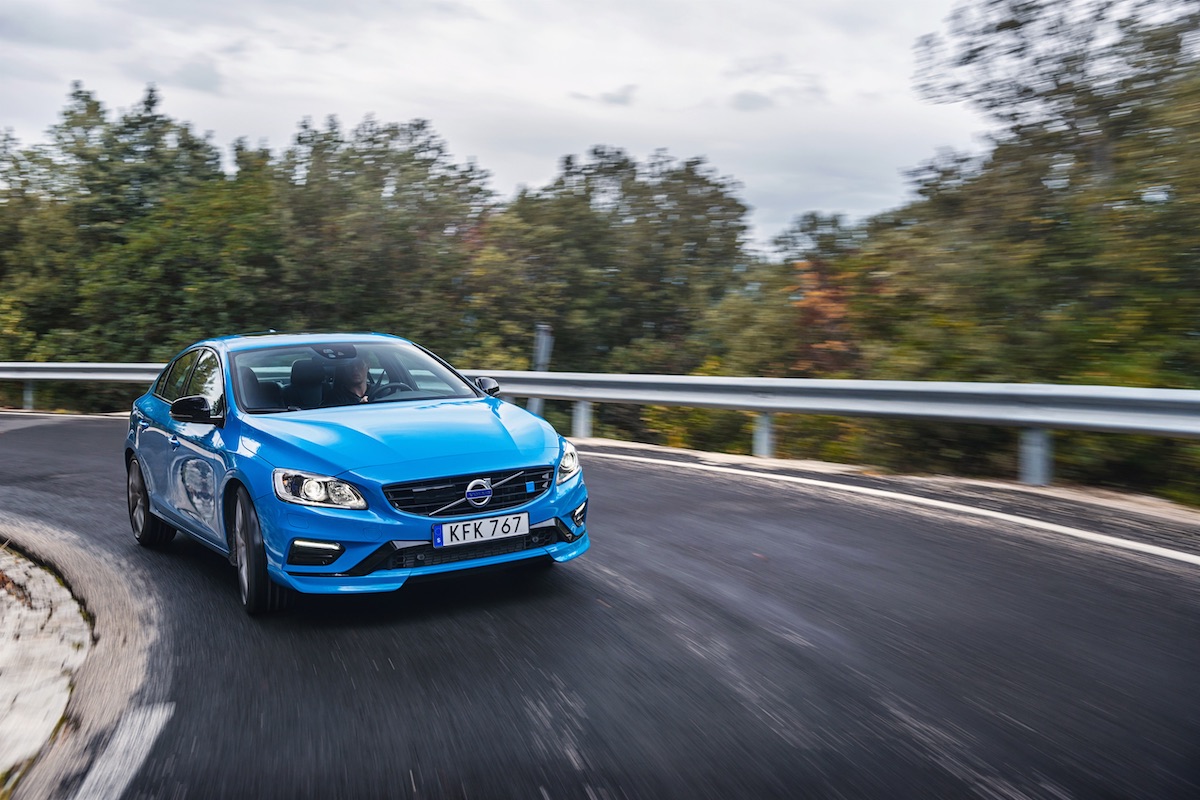 But that got us thinking. Within the classic car and youngtimer worlds, there’s plenty of love for German cars and Italian cars, but Swedish cars - which are bursting with character and boast buckets of history - are often criminally overlooked by most, with the exception of a few hardcore fans.

So we’re here to change that with this latest edition of TWIC. We’ve listed five of our favourite Swedish cars listed for sale on Dyler, and we’re sure that by the time you get to the end of the story, you’ll be wanting something from the world leader of pioneering-yet-quirky cars.

Enjoy the read, and until next week! 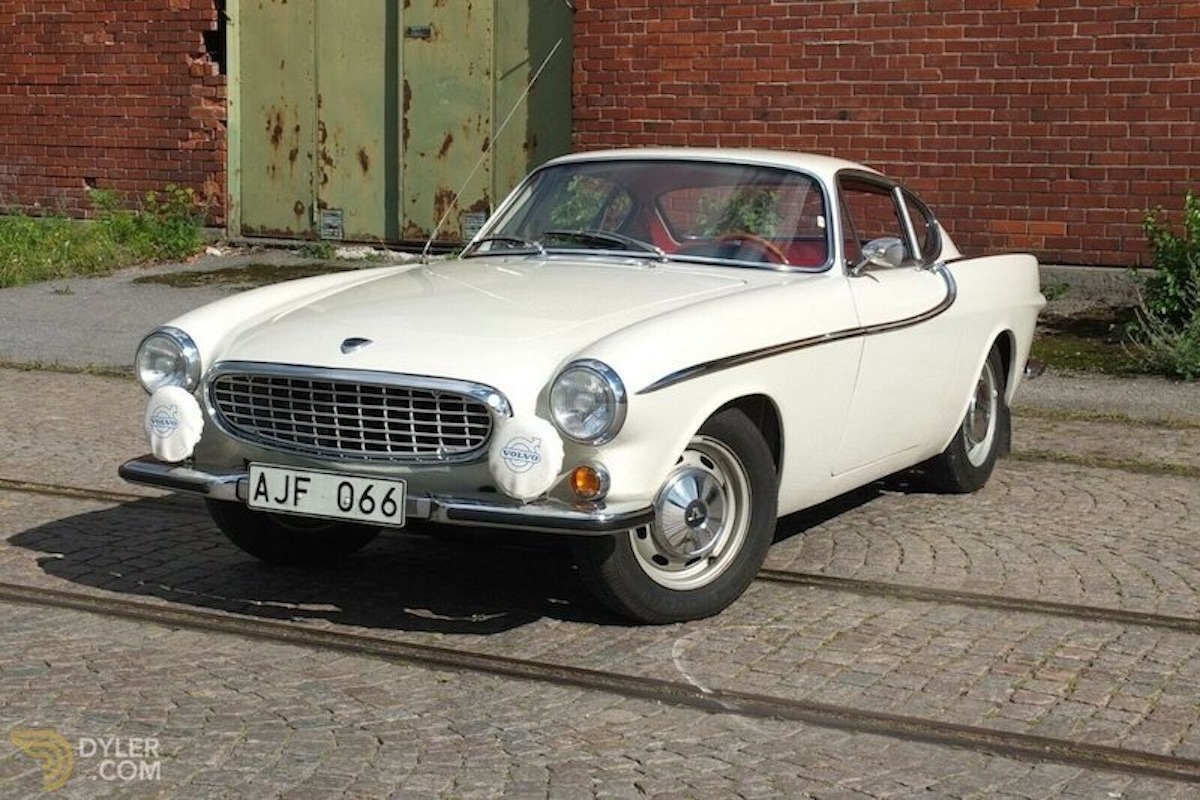 Instantly recognisable as “The Saint” car after its role in the popular 1960s TV show starring James Bond to-be Roger Moore, the Volvo P1800 is one of the most important cars in the Swedish carmaker’s history. Produced from 1961 to 1973, Volvo’s 2+2 coupé showed that the company could produce a car that was good looking, yet retained the Volvo philosophy of being pleasant, reliable, and economical. Throughout its life, the P1800 was - aesthetically at least - largely unchanged. Throughout its 12 year production run, most of the changes were evolutionary rather than revolutionary, such as changes to the paint, grille, wheel trims, and available colours. Under the skin, however, it received upgrades such as disc brakes, more powerful engines, and electronic fuel injection. The first 6,000 P1800s were made in the UK by Jensen, but production was quickly moved to Volvo’s Lundby factory in Sweden after a series of quality control issues. Imagine - a British carmaker suffering from quality issues. That’s something unheard of! In 1998, a US-owned P1800 made it into the Guinness Book of Records after clocking a record-breaking 3,000,000 miles; the highest ever mileage recorded on a production car. 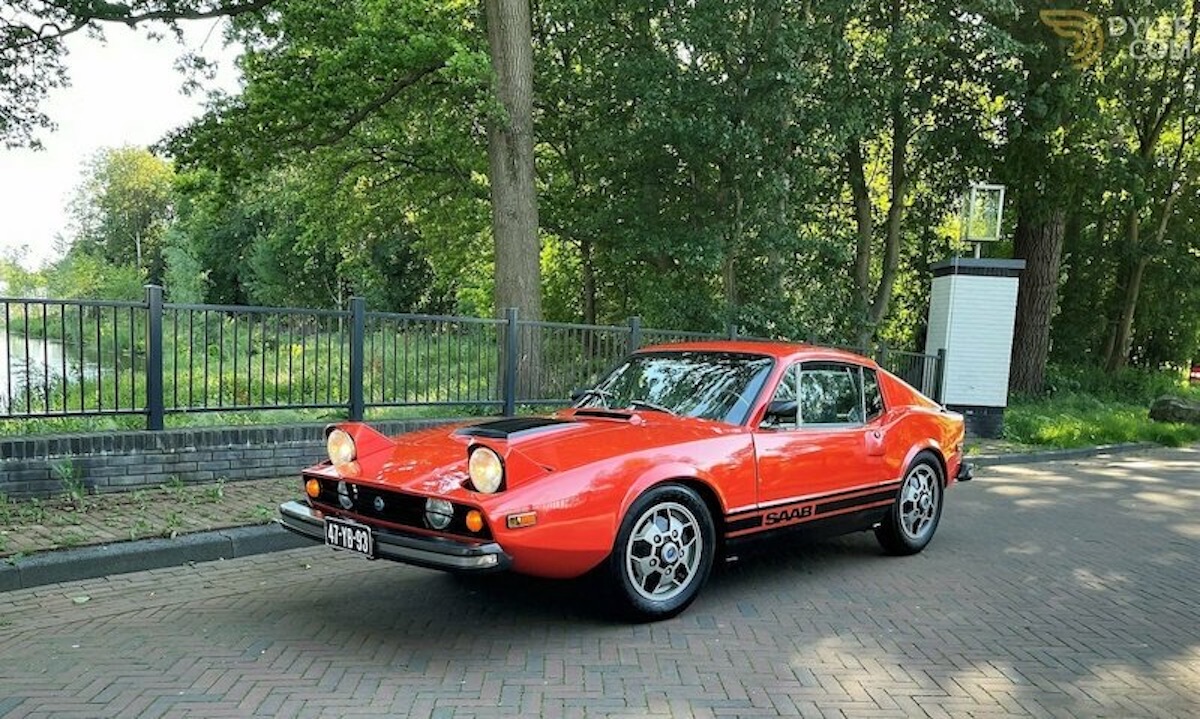 Powered by an unusual V4 engine, designed by an Italian, and with possibly the coolest ever background story behind its name, the SAAB Sonett is an icon in Swedish classic car circles
© Your Classic Car

When it comes to saving the best until last, that’s exactly what SAAB did with its pretty little Sonett 3. The Saab Sonett had been around since the mid-1950s, but it’s the third-generation car which came out in 1970 is the one most sought after by Swedish classic car enthusiasts. Just look at it, and that’s enough to see why. Designed by Sergio Coggiola and made of fibreglass, the Sonett weighed just 880kg, and could reach a top speed of 105mph. It was also fitted with a V4 motor from a Ford Taunus, because… well, SAAB doing SAAB things. My personal favourite thing about the Sonett isn’t the pop-up headlamps or the styling (don’t get me wrong, both are pretty rad though!), it’s the name. Sonett isn’t a misspelling of “sonett”, it comes from the Swedish for “så nätt” which means “so neat” or “so pretty”. SAAB anglicised the name, because the Sonett III was aimed at the US market, and lap it up US buyers did! Out of the 8,531 Sonetts IIIs made, 90% of them were exported stateside.

PRICE:
P.O.R.
LINK TO CAR AND DEALER:
Your Classic Car 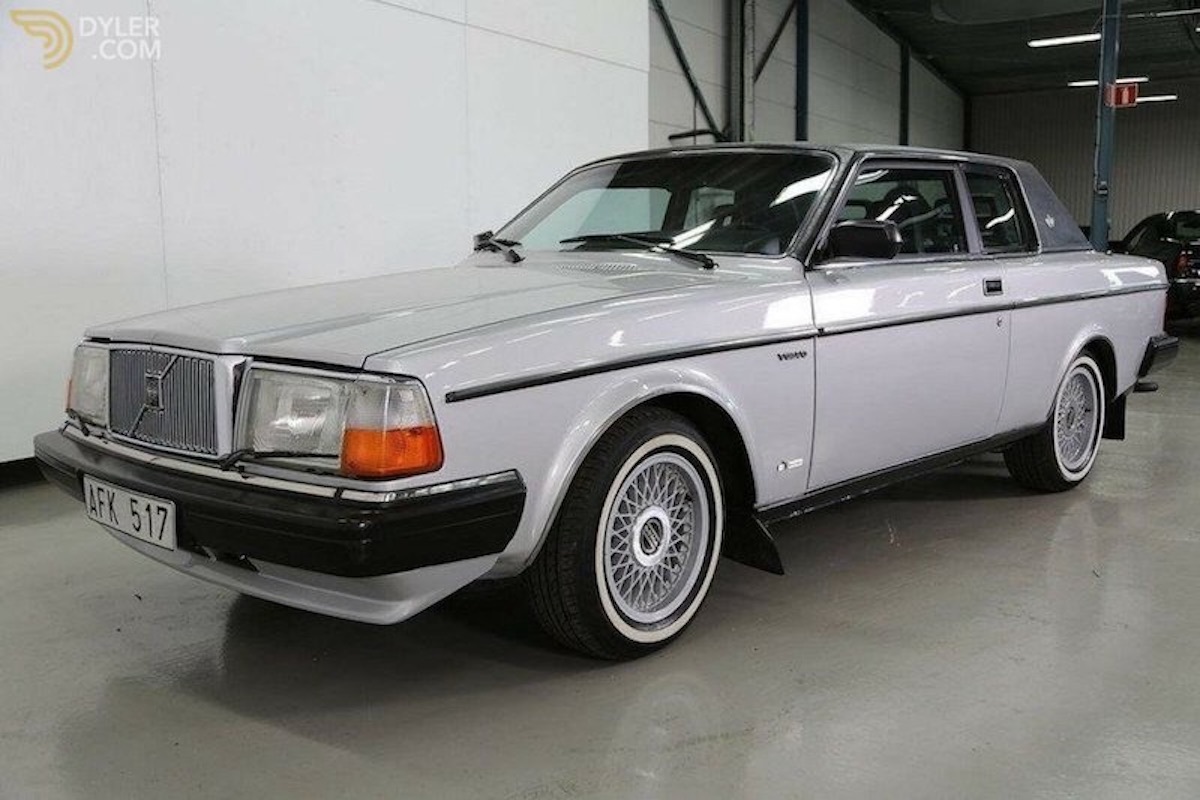 The Volvo 262C was based on the big American barges of the 1970s, and aimed predominantly at US buyers - it was also made it Italy
© UCARS Exclusive AB

The Volvo 262C Bertone is the second Volvo coupé to make our list, and it’s also the second Swedish car geared towards US tastes. Unlike the lightweight P1800, the 262C was inspired by the Lincoln Continental IV. Designed by Jan Wilsgaard, the 262C was based on the iconic 262 sedan and estate cars, which have come to define the stereotypical blocky Volvo in popular culture. To date, it is the only production Volvo to be made by Bertone in Italy. The 262C was pure Americana from the white wall tyres, to the ‘C’ crown-embossed leather seats and wood-trimmed cabin. The performance was pure 1970s too, thanks to the 130bhp PRV V6 - which was developed with Peugeot and Renault, hence the name! - developed under the hood. From 1977 to 1981, 6,662 262Cs were produced, and 75% of them found homes in the United States. Meanwhile, just 200 sold in the United Kingdom. 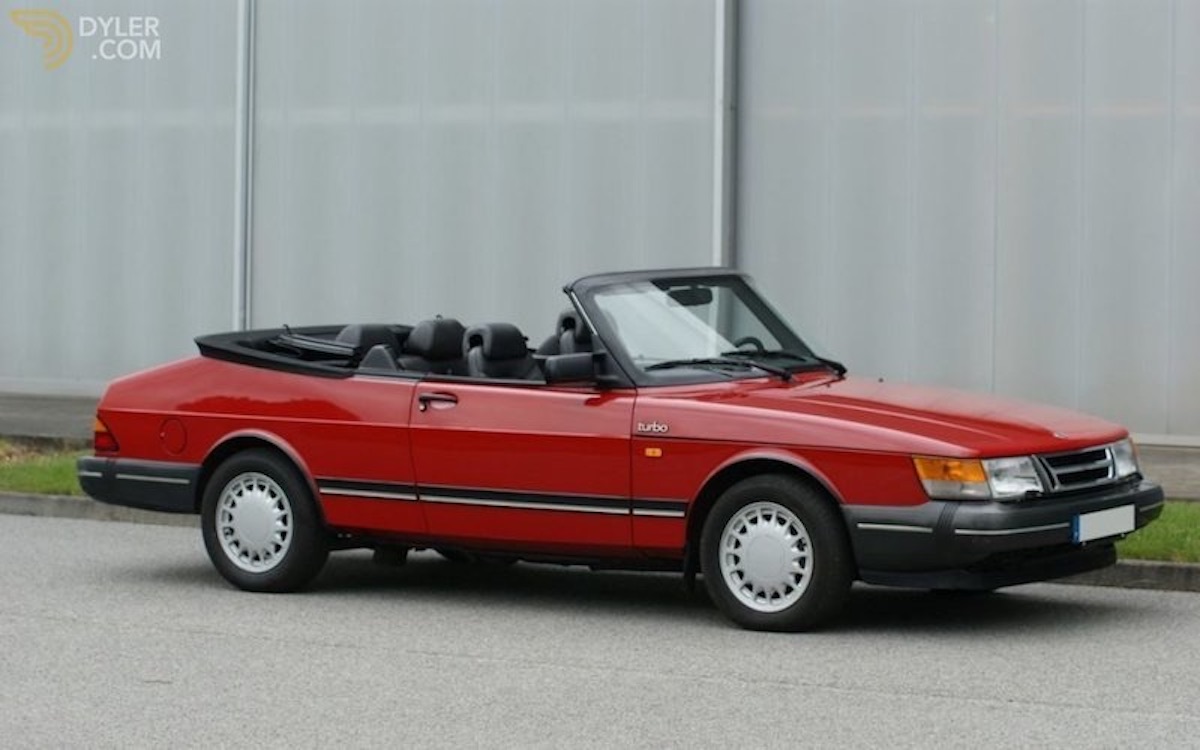 The SAAB 900 Turbo ‘classic’ is one of the most sought-after SAABs around, and is largely considered to be the last ‘true’ SAAB before General Motors took over and ruined the brand - after reading below, you’ll want a 900 ‘classic’ too
© WoowMotors

The SAAB 900 ‘classic’ - the car you see here - is considered Peak SAAB, before General Motors took over the company in 1994 and did to the quirky Swedish brand what it does best. Launched in 1978, the classic 900 ran until 1993, and is one of the most loved models in SAAB history. Much of the affection for the 900 amongst SAABistas comes from its longitudinally-mounted 45 degree engine, which was essentially mounted backwards, and mated to a transaxle gearbox. SAAB also fitted an innovative double wishbone suspension which contributed to the 900’s highly-praised handling. Designed by Björn Envall - the man responsible for a number of iconic SAAB cars including the EV-1 and the 9000 - the 900 drew heavily on the company’s history as an aircraft maker. Its huge screen, aimed at giving drivers the best possible visibility, was inspired by SAAB fighter planes, as was the curved dashboard with its easy-to-reach switchgear. The 900 Cabriolet was introduced in 1986 and was made until 1995, until GM’s beancounters replaced it with a model based on the Vauxhall/Opel platform. The classic Cabriolet came fitted with SAAB’s iconic 2.1-litre Full Pressure Turbo, which is yet another reason to love this car.

The SAAB 9-5 is the final chapter in the SAAB story, and is a case of what could have been had General Motors not totally mismanaged the brand
© Het Klassikerhuis

The SAAB 9-5 is one of the greatest “what if’s” of the SAAB story. Good looking and insanely fast, what was the biggest SAAB in the range until the brand’s death in 2021 had the potential to be Sweden’s rival to the BMW 5 Series (E39) and Mercedes E-Class (W210). However, GM starved the car’s development of funds, so whilst SAAB’s engineers managed to squeeze a whopping 306 bhp out of the turbocharged straight-four motor and successfully send all that power through the front wheels, that was as good as things got. Inside, the 9-5 is all swooping curves and light in comparison to the Germans. If you ask me, it’s also much, much cooler than either the BMW or the Mercedes, because despite GM’s neglect and mismanagement of the company, it’s still a SAAB at the end of the day.