While other parts of the world were in a state of upheaval in 1968, revolution was far from people´s minds at Volvo in Gothenburg, Sweden. Instead, they were focusing on the launch of the new prestige model, the 164. This year the model celebrates its 50th anniversary.

The notion of designing a slightly larger, more exclusive model had existed for a long time. In the late 1950s, a big luxurious Volvo with a V8 engine and a powerful, vertical grille was planned. However, this project died a death in 1960 when a survey indicated that compact cars were the future, especially in the US. 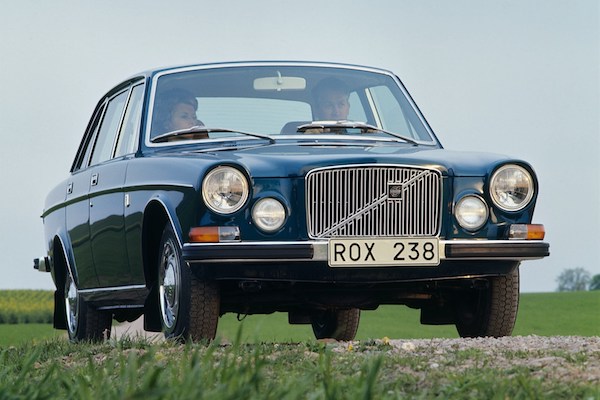 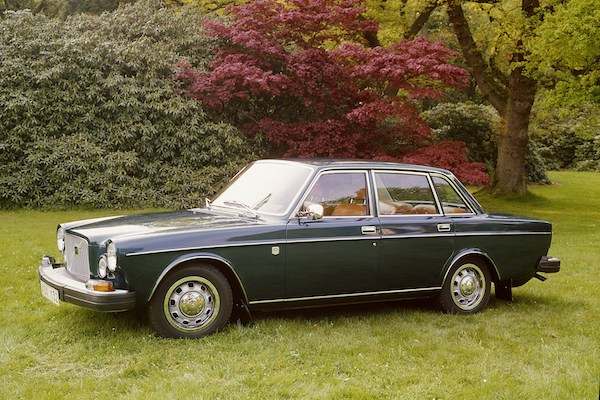 But the launch of the 140 series in 1966 gave rise to the idea of placing a straight-six engine in the 140 body. That would allow Volvo to create the combination of prestige and compact size they were absolutely certain people needed.

Chief Designer Jan Wilsgaard kept the chassis of the 140 series and used the front from the 1950s 358 project. Here, the iron mark logo once again took on a prominent position, placed on the diagonal in the same way as on the first Volvo back in 1927 – and as we see on today's models. 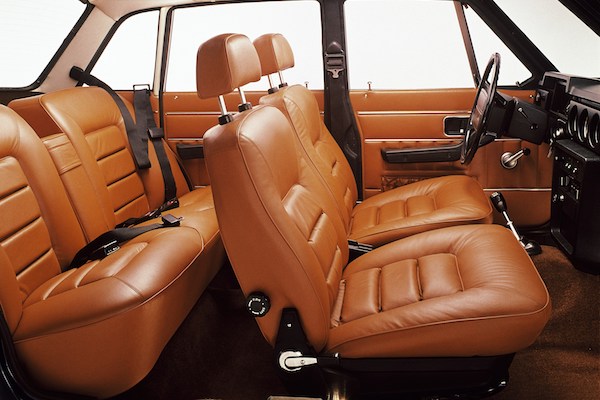 Interior of the Volvo 164
©Volvo archive 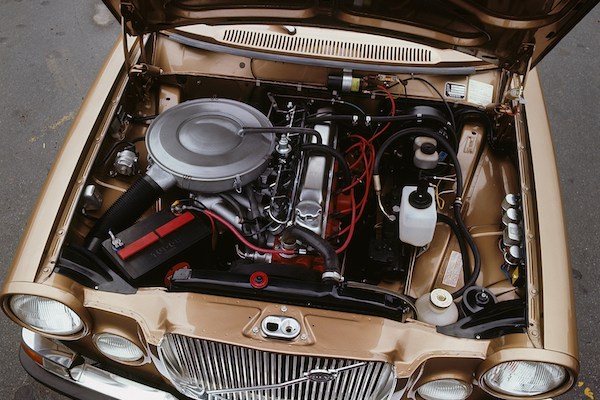 The 140 chassis was also extended by 10 cm from the windscreen forward. This latter measure was needed in order to make space for the newly developed straight-six. This was designated B30, had a 3-litre capacity and developed 145 hp thanks to twin Zenith-Stromberg carburettors.

It had been developed from the 2.0-litre, 4-cylinder engine that was introduced for the 140 Series at the same time, in 1968. This was the first time in 10 years that Volvo was able to offer a 6-cylinder car. The last time had been when the taxis in the 830 Series were built. However, when it came to cars aimed at private buyers, Volvo had not had a 6-cylinder car for almost 20 years, since 1950 when production of the PV60 ceased. 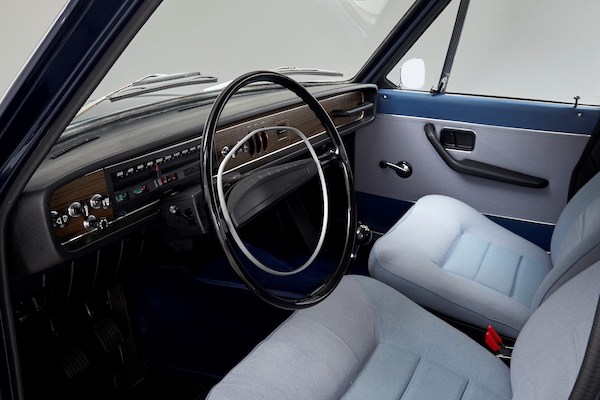 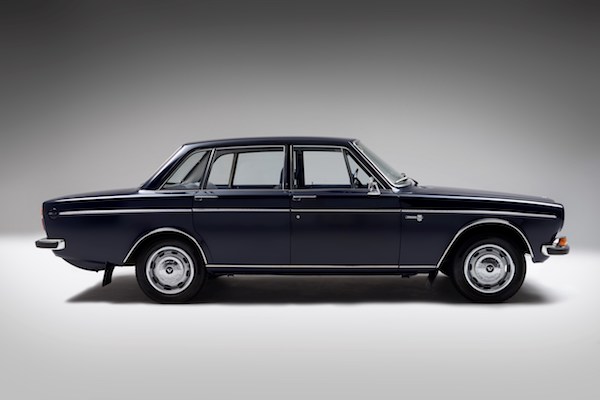 The August 1968 press release proudly declared that the German ZF gearbox was of "remote control" type, which meant that the relatively short gear lever was positioned on the transmission tunnel adjacent to the front seats.

The fittings were considerably more lavish than in the 140 series, with a thick woollen fabric on the seats, textile floor mats and the rear seat designed for two people, with a drop-down armrest in the centre.

After the first year of production, the 164 was given leather upholstery as standard, integrated halogen-type auxiliary lamps and headrests. In the US, it was of course offered with electric windows, an electric sunroof, air conditioning and tinted windows. 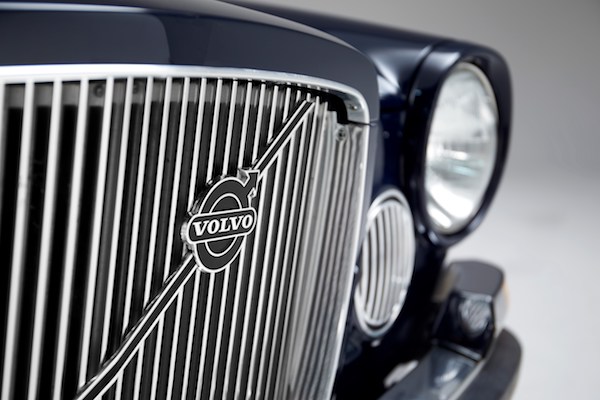 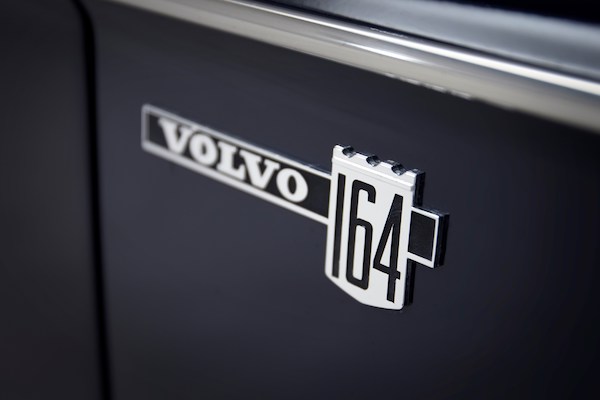 When US magazine Car and Driver tested the Volvo 164 in its July 1969 issue, readers were treated to a description of the kind of people who were expected to buy the new Volvo:

"The Volvo people are looking to steal buyers from Buick, Oldsmobile and Mercedes showrooms, and they are doing just that. Volvo's new customers are professional types – doctors, lawyers, dentists… people who can afford something different." 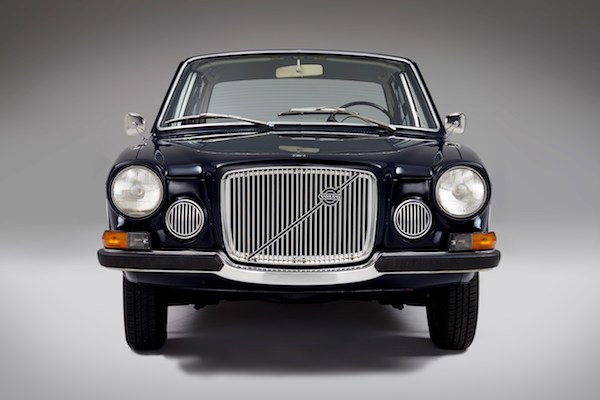 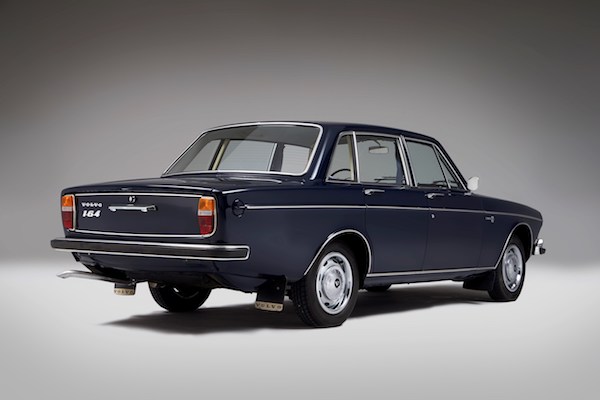 An American ad for the 164 from Volvo was linked with the same theme: "The Luxury Car That Shows You Have More Than Money".

The Volvo 164 underwent continuous development throughout its life, with the addition of features such as electronic fuel injection (as of model year 1972).

The last model year was in 1975, and all the cars built in that year were exported to the US. By then, the car's successor, the 264, had already gone into production. A handful of estate versions called ‘165' were built by different coachbuilders on private initiative. 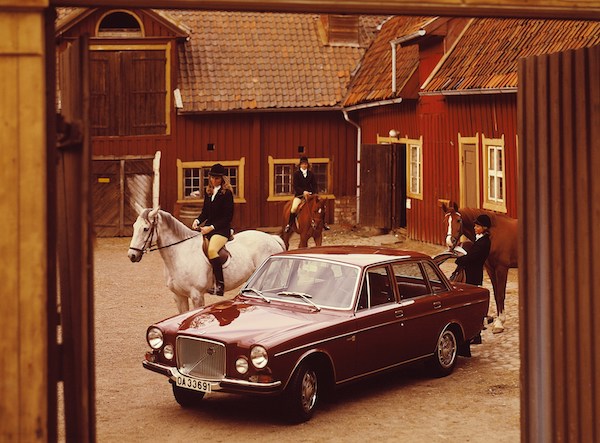 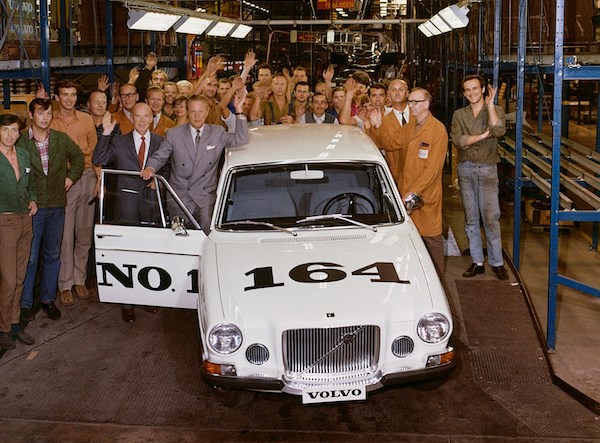 5 lesser known facts about the Volvo 164: