A few moments is enough to name a manufacturer that continuously invested in innovation and modern technology. In front of every company, there would be Mercedes-Benz with a few Italian and French brands behind it. And then, we would suggest focusing on Chrysler. Once an independent producer, Chrysler was one of the brightest stars in the industry. Want to hear some supporting facts? It is our pleasure.

Chrysler was the first company to use compression-ignition engines in production. Chrysler also was the first manufacturer to use reusable oil tanks, and first to install coolant temperature sensors, and first to cover the car's body with protection against corrosion. All of this is just a small part of Chrysler engineering innovations.

Still, if we would have to choose the most essential and fascinating innovation, we would choose the Chrysler Turbine - a unique project that had to cause a little revolution. 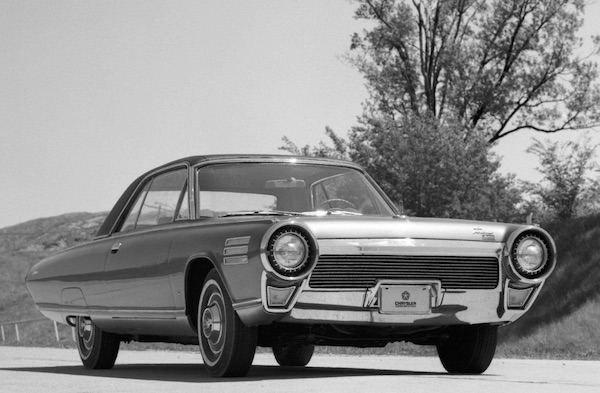 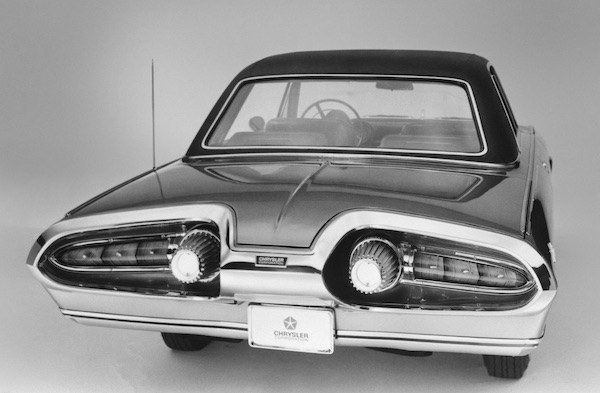 The engine fueled with any petrol

Chrysler Turbine is the first and most likely the only serious project that aimed to begin serial production of cars with jet engines. An idea of a vehicle equipped with a gas turbine has been bothering Chrysler executives for years. First experiments with jet engines began back in the 40s. However, World War II forced Chrysler engineers to focus on other projects and the concept of the car with a gas engine was put to a drawer.

Chrysler specialists managed to return to the project only when World War II ended. Rapidly growing economy resulted in lots of money flowing into the company's account. So, when the time came to distribute the annual budget, Chrysler executives blew the dust off of an old project. Happy to get another shot at it, they instructed their engineers to create a fully functioning prototype.

You see, the Americans worked on the idea of a gas-driven car not only to outmatch their competition. The most significant benefit a gas engine brought to the table was that it could use any fuel. Petrol, diesel, kerosene, jet fuel - it could utilise anything that burns. 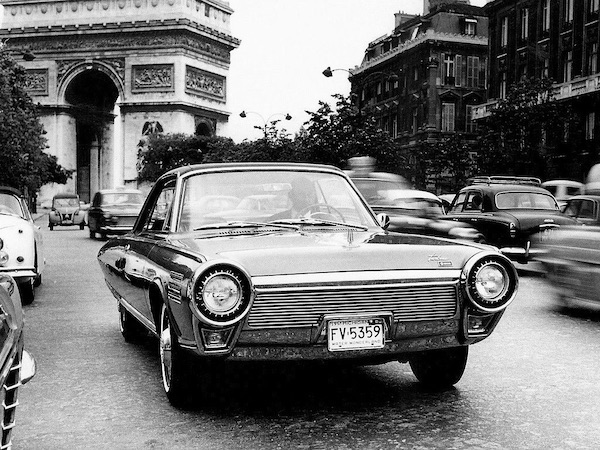 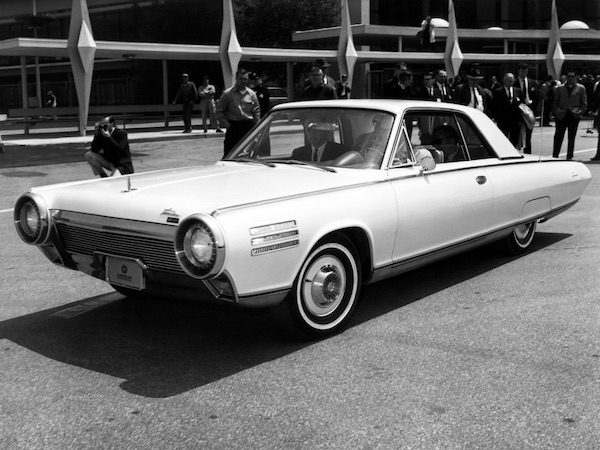 When presenting this rocket, Chrysler told that the gas turbine, compared to internal combustion engines, requires fewer exploitation costs. Moreover, the car is more enduring and easily starts even at low temperatures. Chrysler stated that a motor called A-831 could be started even at -29°C. 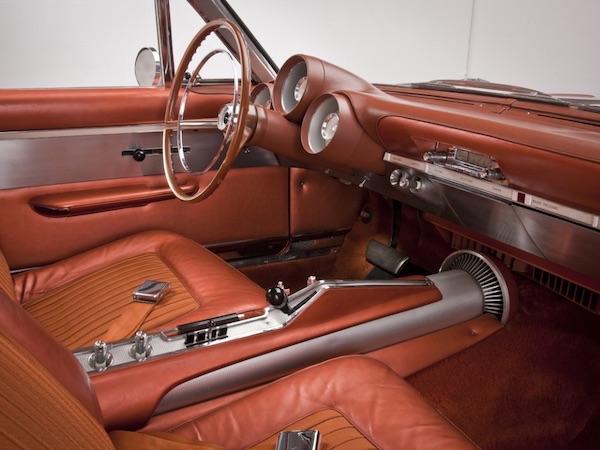 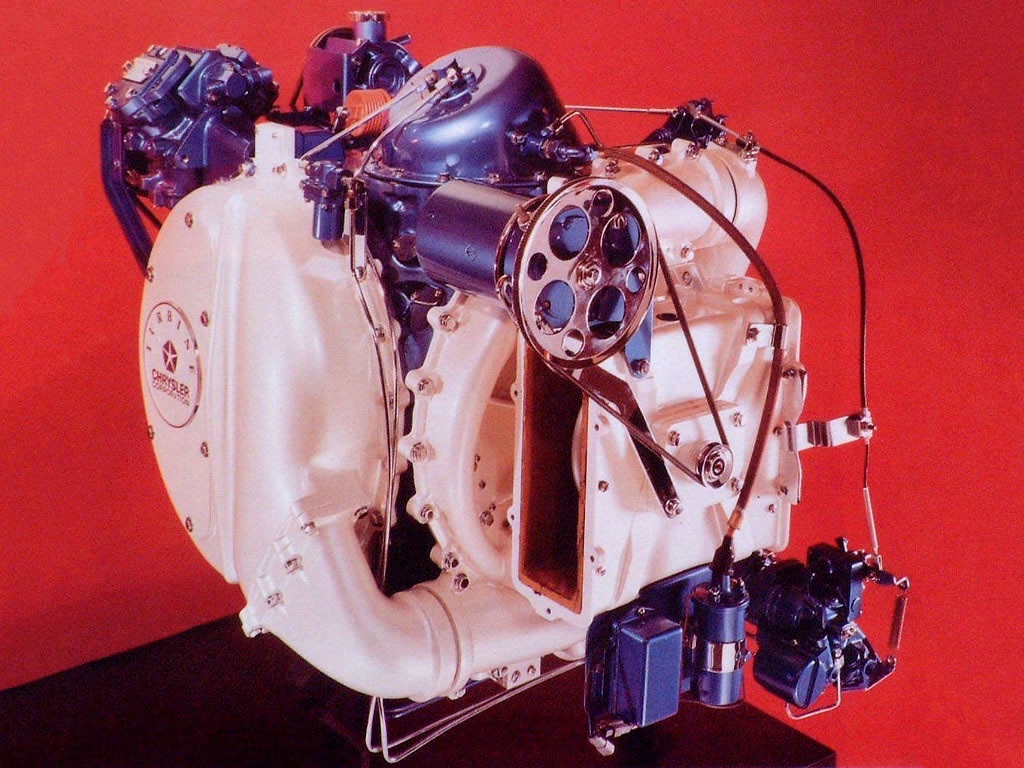 But, like all new technology, the gas engine has its flaws. First one is that it was cumbersome. Because of this reason, the Chrysler Turbine prototype would reach 100 km/h in around 12 seconds despite heavy engine rotations. And the second flaw is that it was costly to make. Even though Chrysler never revealed their expenses, you can be sure that the production of the engine by itself was more expensive than a whole compact class car. Back in a day, Chrysler planned to sell Turbine for around $50,000. If we were to account for inflation and other factors, today it would cost about $400,000.

Perhaps the biggest problem of this engine was the community's reaction. Wanting to find all the weaknesses of a jet engine, Chrysler made 50 units of this car, gave them to volunteers and asked to use it as if those vehicles were theirs.

During the program that took three years to finish, these cars accumulated 1,600,000 kilometres. That allowed Chrysler engineers to figure out what are the main flaws of the gas turbine. Most of the volunteers complained about a loud and lengthy process of turning the engine on. Others underlined poor dynamic properties and high fuel consumption.

After the program ended, Chrysler realised that it is not worth further investments. At the same moment, the decision was made to destroy almost all the Chrysler Turbine. The company kept two models, and seven more can be seen in various museums and private collections. 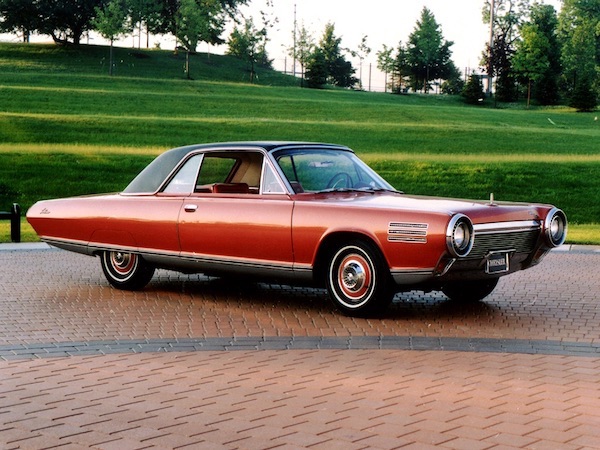 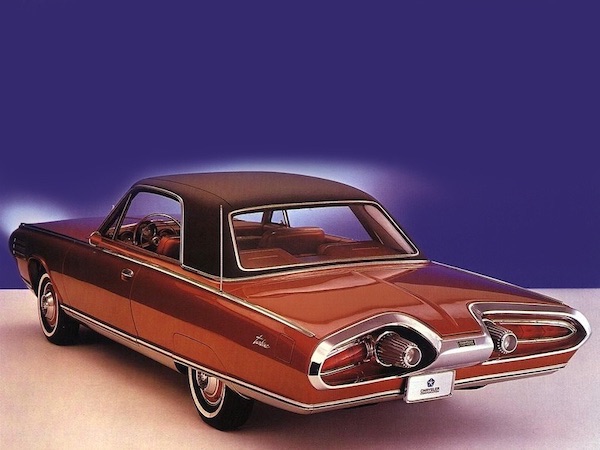 When the company's executives decided to cancel the development of a jet engine, a small group of engineers continued to experiment with it.

Even though this motor had not been installed into lightweight cars, it perfectly fits into M1 Abrams tanks. This engine was an offspring of a motor that could use almost any fuel, even tequila.