In the Unique AMP Car Hides Alfa Romeo and Maserati

One-of-a-kind race car, created in 1947, was given the very short name AMP. Two well-known noble names, Alfa and Maserati, were encoded into this abbreviation of letters, and the third, Prete, is mostly known only to experts.

After World War II, Placido Prete managed to buy 1939 Maserati 4CL one-seater (chassis # 1566) for a war pilot and mechanic from Rome (not named in the AMP emblem). Although, it had a slight defect. Before the engine malfunctioned, the car was previously driven by a Neapolitan Giovanni Rocco. A vehicle that participated in most serious races was sold for pennies because it was not possible to find a replacement engine and participate in the highest-level Grand Prix.

The 4CL chassis is said to have shown serious problems in its last race in 1939, and Maserati replaced the model with the newer 4CLT, where "T" in the name means tubular chassis. 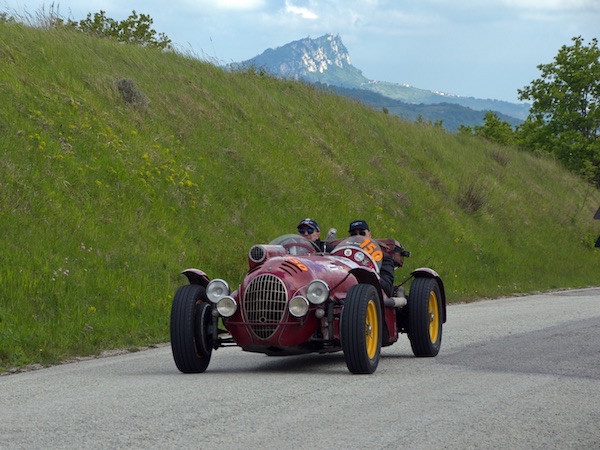 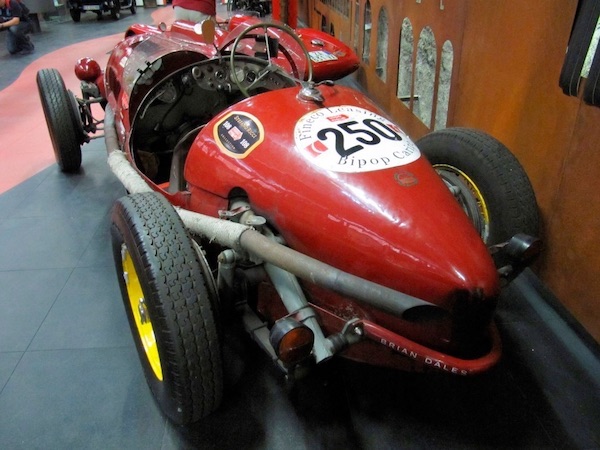 Being aware of the ever-changing restrictions for racing cars and lacking the resources needed to race, the inventive Prete decided to turn it into a sports car for roads, better suited to compete in Targa Florio and Mille Miglia. A lot of sweat was shed while this one-seater was converted into a two-seater. The car had a gearbox without a synchronizer taken from Alfa Romeo 6C 2300. Even though it is not as sophisticated as the creation of Maserati brothers, but it had a reliable 6-cylinder, 2.4-litre engine.

Modifications and carburettors that were taken from Stromberg aircraft allowed to increase the power to 200 HP. The body was made of tubing, but the suspension, differential and brakes remained the same as in the original Maserati products. However, for practical reasons, less noble details have appeared in the car. The steel three-spoke steering wheel is used from the Jeep, and the rear-view mirror is taken from the Beetle. Weighing around 630 kg, the vehicle could reach 240 km/h maximum speed. 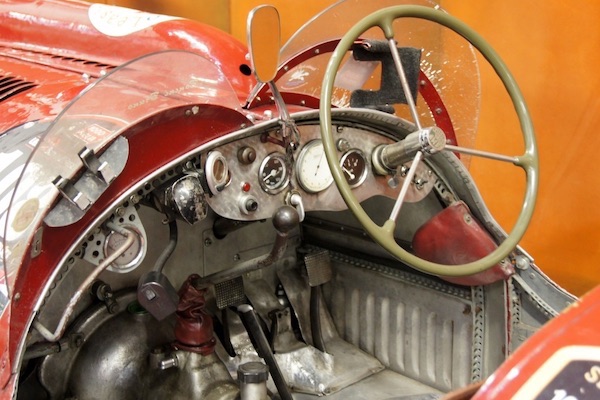 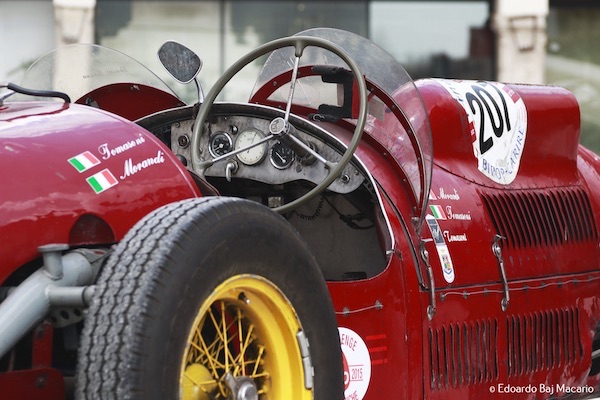 From 1947 until 1953, AMP participated in a lot of races, with the biggest achievement being the 3rd place in 1959 Targa Florio, driven by Pete himself and experienced Giovanni Rocco - 1937 champion of Italian Voiturettes. Such a result was a real sensation for a car without the backing of any factory. However, AMP's great racing career began in 1948 with the high 8th place on the Pescara track. It was the most gruelling high-speed test for any car. Back then, Giovanni Rocco was behind the wheel. 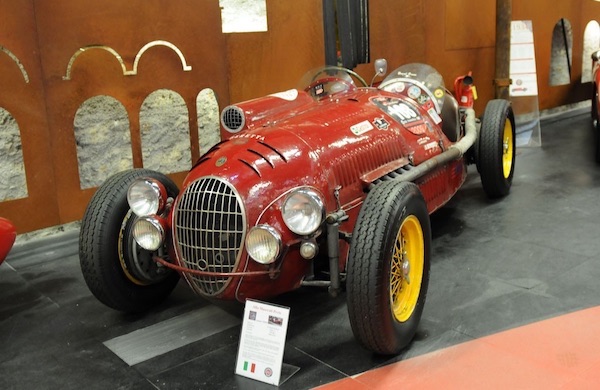 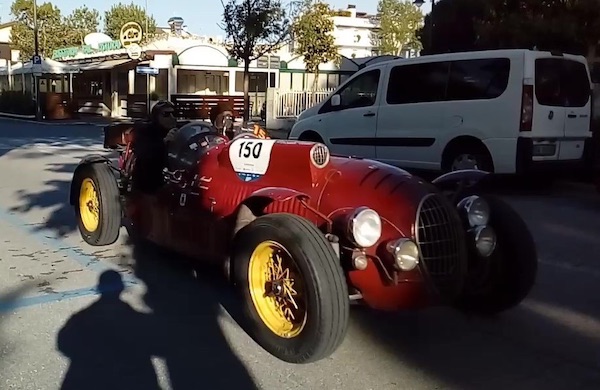 Later on, more wins followed in various competition classes or absolute rankings. Of course, not everything went smoothly. For example, in 1949 Mille Miglia, while in 6th position, AMP team consisting of Rocco and Vincenzo Sorrentino had to withdraw from the race. The same thing happened in 1950 Gran Premio di Napoli. Even though he came with a strong statement, eventually he lacked success.

In 1950, Pete sold the car to Francesco Santovetti, who shared the steering wheel with Rocco, and in 1952 came first in the Coppa dei due Laghi. Santovetti finished third in the 1952 Vermicino-Rocca di Papa race. In the final year of his career in 1953, Scarlatti won second place in the Coppa dei Due Laghi competition. 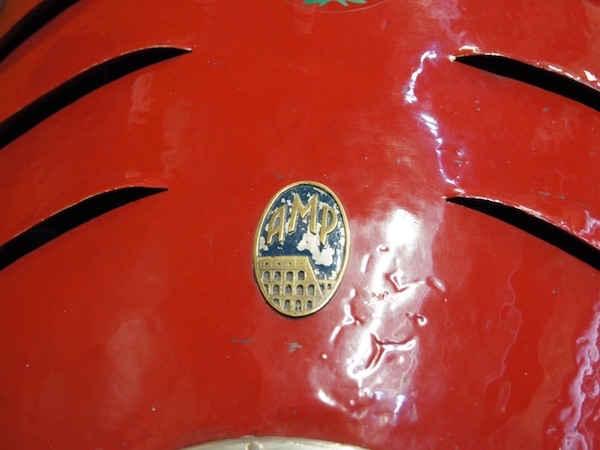 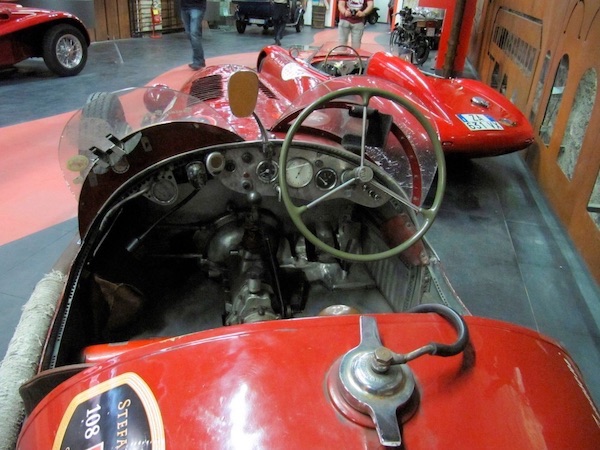 Both as Alfa Romeo and Maserati

Throughout the history of the car, it has had several body variants: either with two or four headlights; with or without partial wings; with or without air intake; with a windscreen or without it. A total of 14 races have been documented, proven by "evidence", but its history is still being explored and supplemented by new facts.

Interestingly, the same AMP car is included in both Alfa Romeo and Maserati official registers. Three decades of his career went unnoticed by noble donors as well.