Born in 1881, Vincenzo Lancia enjoyed spending time in mechanical workshops rather than school. He was not interested in his studies at the Polytechnic School as well. He dropped out and started working for Giovanni Battista Ceirano in Turin in 1898. A year later, in 1899, Ceirano took over the ownership of future automotive giant Fiat with all the workers.

By the age of 18, a self-taught mechanic had already earned the reputation of a trusted specialist and had a remarkable career as a Fiat car tester. All new company cars had to go through his hands, but it was not enough for V. Lancia.

He became one of four Fiat racing team pilots alongside Felice Nazzaro, Alessandro Cagno and Luigi Storero. As early as 1900 Lancia won his first trophy - he was awarded the Padua Race Cup. 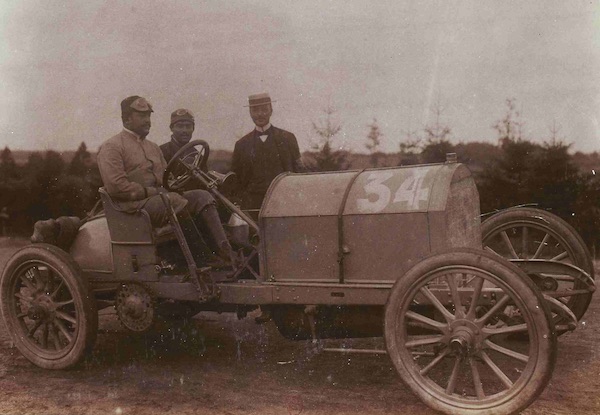 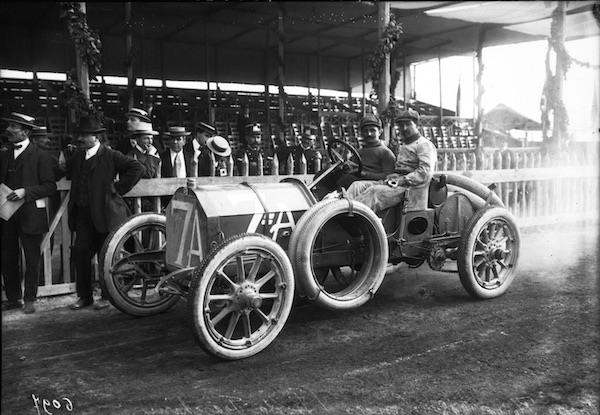 Victories did not often occur due to constant mechanical failures. Lancia was on the Fiat racing team until 1910, although he had co-founded the car manufacturing company, Lancia & C. Vincenzo, with his friend Claudio Fogolin in Turin in 1906 and was entrusted with commerce and advertising. He chose the spear's head with a flag bearing the steering wheel as the brand’s emblem, adding the ”Lancia” inscription on it. It is no coincidence - the word "lancia" in Italian means spearman.

In 1908, the new factory produced the first Lancia Tipo 51 cars. Taking the advice from his brother, this model was soon named the first letter of the Greek alphabet Alpha. The Lancia Alfa was a typical car of its time with a 4-cylinder engine. However, V. Lancia expressed the desire to design cars that were more original than most. 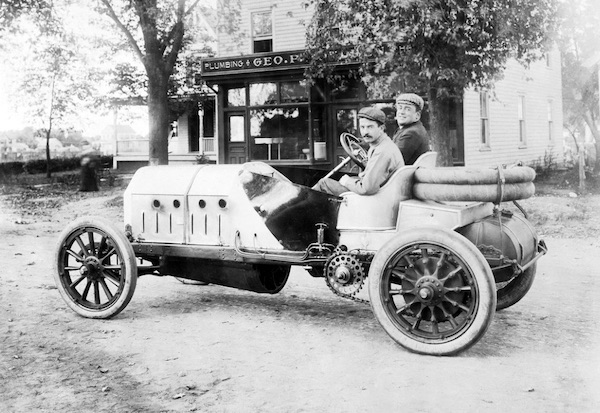 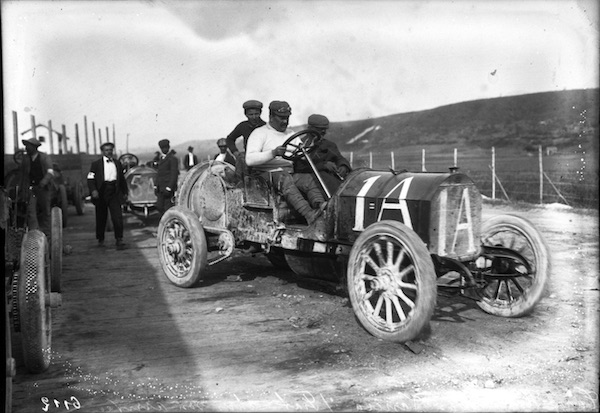 As the company expanded, in 1911 it moved to the workshops of the bankrupt car company Brasier. This is where Dialfa models with the 6-cylinder engine and revolutionary Theta were created. The latter car has outdone its rivals for a good decade. But most importantly, it was the first serial car in Europe with a complete set of electrical equipment - starter, generator, electric lights.

To put it into perspective, most vehicles still had an ignition handle, kerosene light and wooden wheels. The Theta’s 4-cylinder, 5-litre, 30 HP engine was considered high-speed at the time and allowed the car to reach 110km/h. 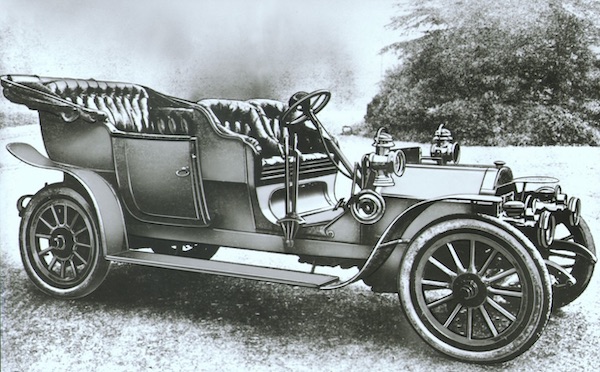 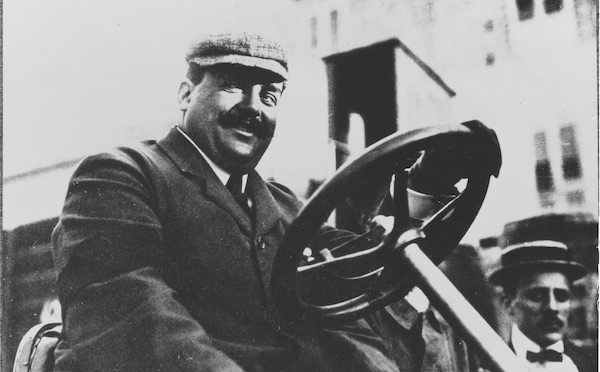 At the outbreak of World War I, Lancia had to build a truck army. Traditionally named after the Greek alphabet, trucks Jota, Dijota and Tetrajota not only carried troops and cargo but also provided chassis for Italian and English armoured vehicles.

Debuting at the Paris Motor Show in 1922, Lancia Lambda had become a masterpiece of automotive technology and a world-class sensation for its many original design solutions. However, some say that the best result of Lancia and its engineers is the V4 engine.

The Lambda engine compartment was long, although the engine was short. Lancia used unconventional means to allow air intake and exhaust manifolds to flow into the unit itself, with the filter air and muffler tubes screwed to the rear of the unit. In doing so, they exploited the void between the engine and the front side of the body.

In fact, the Lambda had a greater role in the development of the car's structure than its engine, and that’s its supporting body. As Mr Lancia himself said that at the time, he was looking at such an unusual technical solution from shipbuilders. 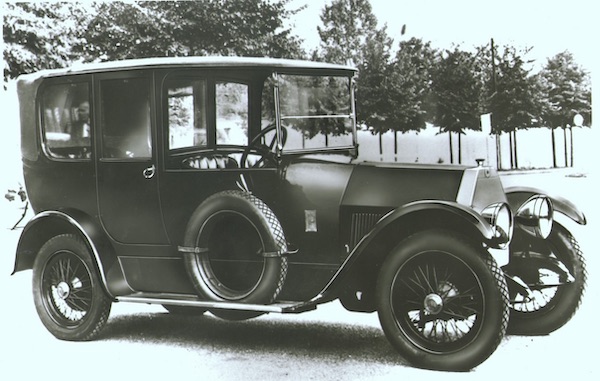 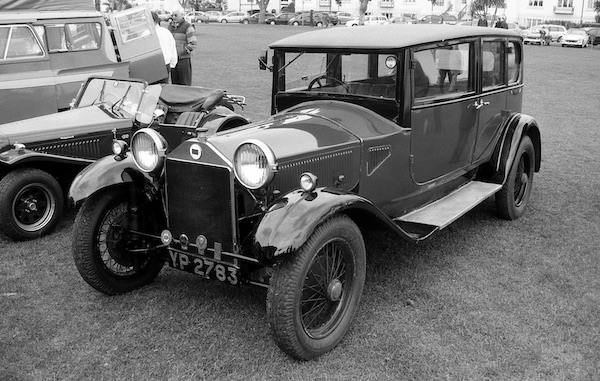 Constructively, the body resembled an open-top rectangular trough with high sides that had slots for the door. Car assemblies were attached to it (and not to the frame as in other cars). Although it was not a cheap car, buyers have praised it for its excellent driving characteristics - Lancia has sold nearly 13,000 Lambda vehicles in 9 years.

In the early 1930s, Lancia replaced the Lambda with new models, named after ancient Roman roads - the large Astura classic and the smaller Artena. A bit more interesting is Augusta, which again uses a carrying body and a small 1.2-litre V4 engine.

All of the Lancia models mentioned had the classic three-boxes design with straight body lines, flat radiators and open wings. It is true that, on special orders, Lancia has already developed fashionable, sleek bodies, usually convertibles, on Lancia-made chassis.

Always looking for innovation, Lancia has started to combine the new body design with the proven Lancia technical solutions in production and service. This is how Aprilia was launched in 1936, a small sporty 4-door fastback style model with a sleek silhouette. The engineers put all that Lancia had best into this car. 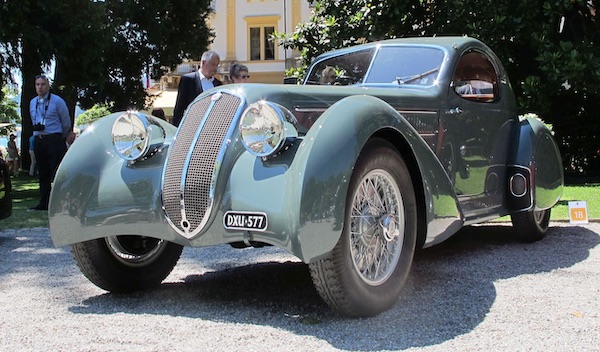 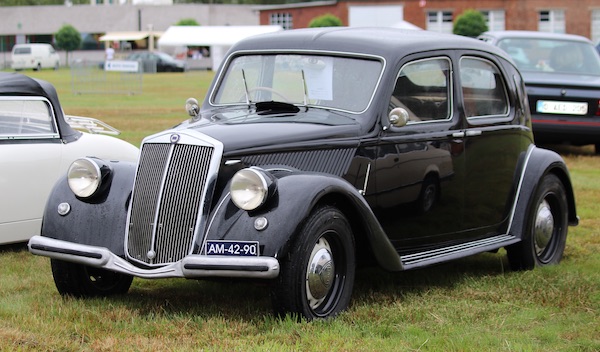 The car, albeit a small one, was comfortable, because, due to the long base, the wheels ended up in the corners of a body, and the interior between them. In addition, the all-wheel suspension was independent.

Another innovation was the chassis without any external lubrication points. The front suspension and steering link joints were lubricated by an engine lubrication system. Therefore, the Lancia Aprilia was the first serial car in Europe that did not require lubrication. A maximum speed of 130 km/h was achieved by the V4 1.4-litre aluminium engine.

Vincenzo Lancia tested the prototype himself, sitting behind the wheel for several thousand kilometres on Italian roads as if this was his last car. The sleek and fast vehicle, near which many of its contemporaries looked obsolete, was blessed with production. But Vincenzo Lancia did not live to see its debut - an unexpected infarction in 1937 put an end to the talented self-taught engineer and racer.