Rolls-Royce has experienced many ups and downs during its many years of existence. However, in recent years, when the company merged with BMW Group, it has returned to its old ways and started to flourish again.

The expansion of Rolls-Royce has been boosted by the introduction of new models - particularly Phantom sedan, convertible and coupe, Ghost sedan, Wraith coupe and Dawn convertible. Today we will talk about one of the - Rolls-Royce Wraith, released in 2013.

There are two reasons for purchasing this type of car. The first is the need to show off wealth and the size of a bank account to those around. And the second is the desire to have a car that is hard to pick on. The car that makes you feel like you're driving not a vehicle, but a unique piece of engineering.

The Wraith is for people who already have at least one Rolls-Royce or Bentley sedan in their garage. Maybe also a Ferrari, Aston Martin or Lamborghini model for fun weekend rides. And, if there is still money left for a model that has no counterpart in the vast market, that's when Rolls-Royce Wraith comes into focus. 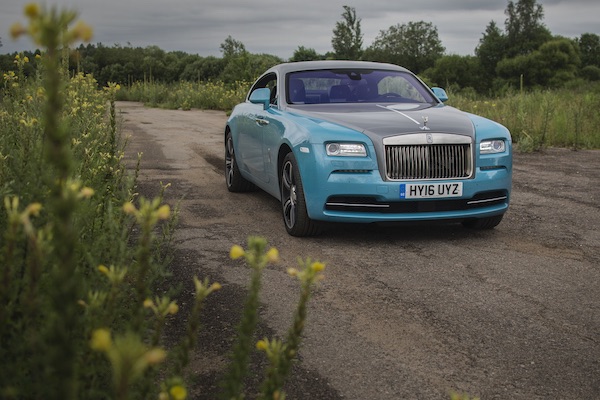 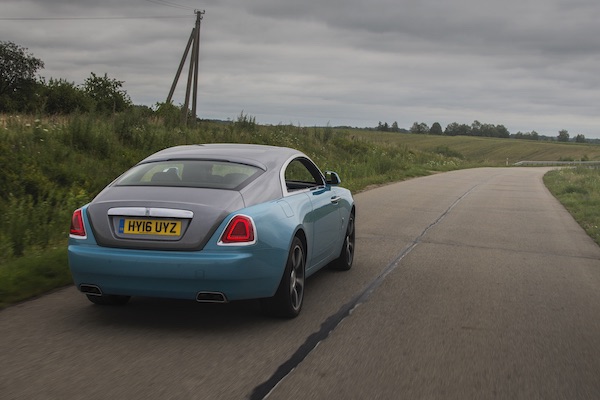 The car is built on an abridged Ghost platform and has an 18.3 cm shorter wheelbase. Even so, the Wraith still remains a massive car with a 3.11-metre wheelbase, which is longer than of S-Class Mercedes-Benz.

The manufacturer wants you to believe that this is a full-size four-seater. But do you know how many models in the world are officially considered 2 + 2 type cars, but when you try to sit in the rear seats, you begin to feel claustrophobic? 12.

With the Rolls-Royce Wraith measuring 5.26 meters long and nearly 2 meters wide, the luxury coupe can actually be considered a full-featured four-seater. With the giant front seats retracted, not only are they comfortable to sit on, but they are also very enjoyable. Rolls-Royce engineers have made the rear passengers feel as special as their colleagues in front-seats. But for now, let's briefly step away from the interior of the car and look at the Rolls-Royce Wraith’s aristocratic exterior.

When walking around a car, you want to look at each body detail not once, not twice, but several times just to examine every millimetre of the car. The Wraith coupe comes with a 6.6-litre, 12-cylinder petrol engine with 632 NP and 799 Nm.

Theoretically, the Wraith model should be the most sporty and dynamic member of the Rolls-Royce family that does not compromise the true values of this manufacturer. 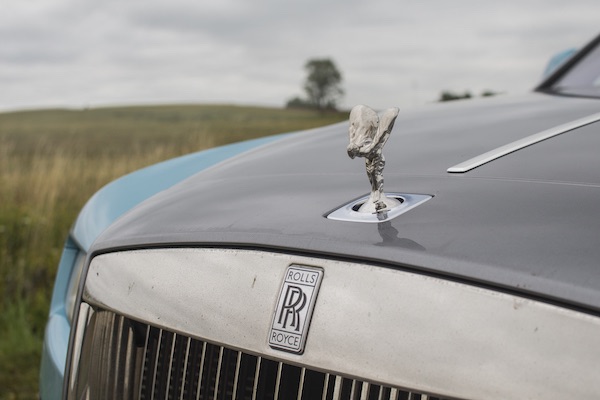 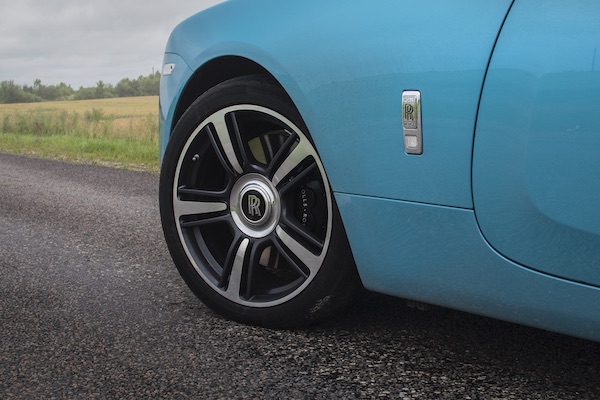 Although the car’s doors look massive, they are not heavy. For both getting in and out, the gate to the luxury Rolls-Royce can be moved without putting much effort. Of course, there is another way to go. Once in the car, just press a button and wait for the Wraith door to close itself.

When sitting on dual-colour leather seats, it's time to understand the driver's experience, which is also different from traditional cars. The first sensations dictate it’s a sporty coupe, but one look to the left, the other to the right made me realize that I am not sitting that low. Even in its lowest position, the seat is still high enough for your eyes to consistently see the lengthy hood and Rolls-Royce business card, which is the Spirit Of Ecstasy figurine. 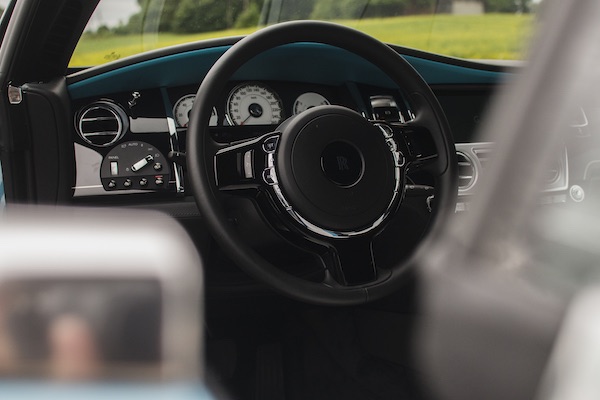 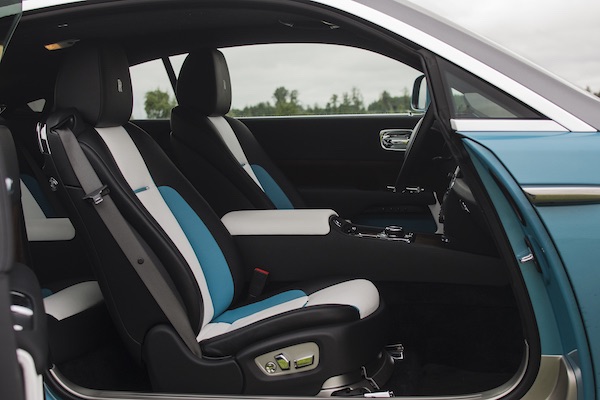 The most impressive part of the Wraith interior is not the pleasant touch of the leather, the woodwork or the impeccable quality of the assembly. What is fascinating is the British ability to combine the styles and technologies of two different eras into one. Wraith has all the modern technology: climate control, a navigation system, automatic cruise control and many more accessories. And still, Rolls-Royce stylists have been able to design each device's control button and even navigation screen as if it came right from the previous millennia.

Even with the ability to keep up with the latest technology, Rolls-Royce has left a few marks of the past in its cars. For example, instead of a traditional tachometer, you will only see an arrow with an engine power reserve on the instrument panel, as well ash the gear lever mounted next to the steering wheel. 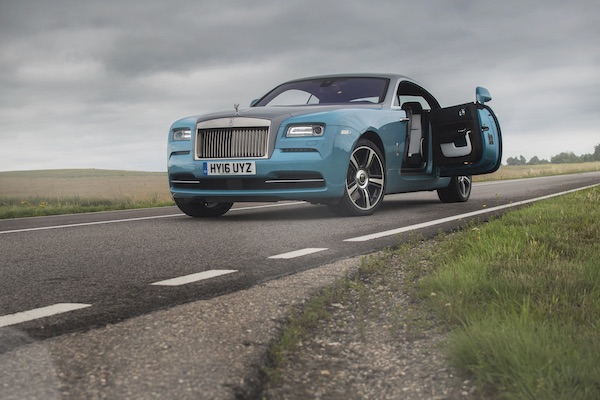 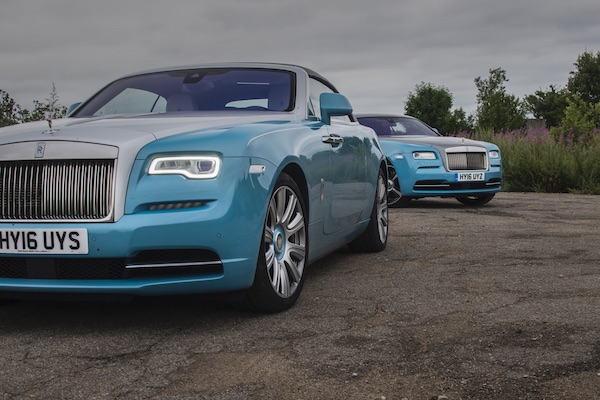 The vehicle is able to accelerate to 100 km/h in 4.4 seconds. This is a very impressive result knowing that the machine weighs as much as 2435 kg. However, I very much doubt that at least one Rolls-Royce buyer cares about this indicator because the petrol-driven beast is doing its job well not just when speeding up to 100 km/h.

No matter how fast you go, no matter when you decide to press on the accelerator pedal, the 6.6-litre engine stays in place and maintains steady power output. No drama, no frightening speedometer arrow rising faster than you would blink.

If the Porsche or Ferrari then had such an engine that could reach 60 km/h, not only you or those around you would hear it, but also all the cats roaming a few kilometres away. Meanwhile, Rolls-Royce engineers paid a lot of attention to sound insulation. As such, noise from the engine and other sounds inside the vehicle is minimal. Yes, you can hear the 12-cylinder engine murmuring, but it does not play the role of a notorious performer in this car, but a locomotive's that drags huge formations. 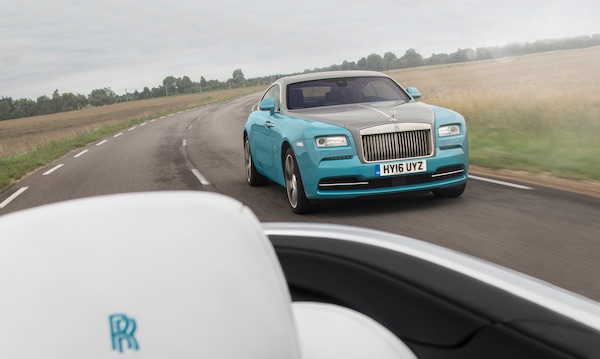 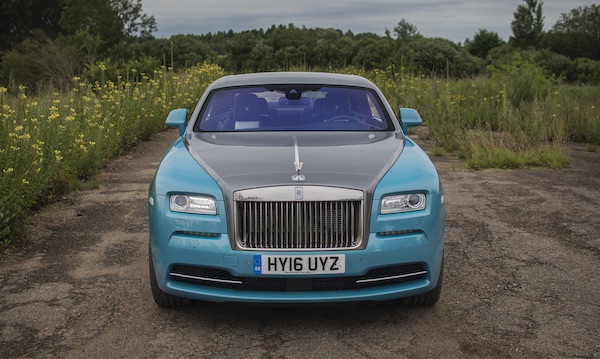 The embodiment of sportiness

When analyzing the Rolls-Royce Wraith recipe, many may get the impression that it does not bow down to Porsche 911 Turbo or Ferrari FF in terms of dynamics. And no, its dynamism certainly won't match the cars mentioned above, but Rolls-Royce is in a completely different league.

Personally, Rolls-Royce Wraith reminds me of a huge yacht that needs to be managed delicately and without making sudden movements. Yes, it can make turns with ease, but in doing so, your conscience might begin to crumble as you realize that it is simply not the car’s calling.

When sitting in Rolls-Royce, you can easily distance yourself from the rest of the world, turn on the album of your favourite band and just relax while the comfortable seats and one-finger steering makes you feel like you are in control of the whole world. It is a very unusual yet delightful feeling.

On both the highway and the winding sections of the country road, you feel as if you are not driving, but flying on a very soft pillow. Every road’s roughness is absorbed flawlessly. It is an ideal example of a GT-type car, which allows the driver to enjoy it not only for short distances but also for very long distances. Although it is not the most sporty car in the world, the front-mounted 12-cylinder engine could leave a number of hotheads in the dust.

You must have realized that this is not really a car that tries to please as many people as possible. It is an aristocrat playing in his personal sandbox who doesn't care about the opinions of others.

I can safely say that there is no other vehicle in the world that is so exciting, strange and unique at the same time. All the most unusual features are in one place. However, it has to be accepted that this is a very unusual car.