The Best of Rolls-Royce

Every model ever released by Rolls-Royce – the producer of luxurious, hand-crafted automobiles with a distinctly British spirit – is something special. Yet if you had to pick out the most unique Phantom model, it would undoubtedly by the Phantom IV.

When this car has to be described, it is often underscored that it is the best and most exclusive model that Rolls-Royce has ever produced. This is evidenced not only by the total number of Phantom IVs that ever existed – the manufacture only created 18 of them. Its exclusive history is also evidenced by the fact that the Phantom IV was not attainable by mere mortals. Only heads of state and royal family members were able to purchase this car.

Of the 18 models that were produced between 1950 and 1956, 17 were sold to some of the most famous people in the world, and the Rolls-Royce factory kept the other one for itself. The latter model was totally experimental – Rolls-Royce produced the limousine with a pick-up body. Even though only 18 cars were made, a few of them were fitted with different engines. For the first ones, Rolls-Royce installed a straight-eight, 5.7-litre engine (it was the automaker's only model to get an inline-eight). The last three that were produced got 6.5-litre engines.

Today, 16 models which have become invaluable are preserved in museums and private collections. A model in very good condition would put you back around USD 1.2 million, while a poorly-kept one would still cost at least USD 750,000.

First and foremost – the royal family

In July 1938 Rolls-Royce had to publish an announcement in the motoring press "denying that the Phantom III is to be discontinued and replaced with another model having an 8-cylinder or other engine". Yet the truth is that at the time, Rolls-Royce was developing prototypes for a potential new model.

In 1937, a seven-seater limousine that was nicknamed "Big Bertha" was produced. Likewise, the Bentley Mark V (which was owned by Rolls-Royce at the time) – an experimental automobile with a straight-eight engine – came out in 1939. The Experimental Department called this car the "Comet", but due to its technical specifications and power, the prototype was soon nicknamed the "Scalded Cat".

In 1948, Prince Philip, Duke of Edinburgh, became interested in the Scalded Cat and asked if he might test it out. He enjoyed it immensely, and upon returning the car to the manufacturer, he murmured about how nice it would be to have one in the Royal Mews. That same year, not long after Prince Philip's test drive, an order came through for a Rolls-Royce motor car for Princess Elizabeth and Prince Philip. In order for the car to meet the needs of the royal couple, it had to be a limousine, but it also had to have enough power, since the prince wished to drive it himself. It was to be the first Rolls-Royce in the Royal Mews, so it was originally planned to be the one and only Phantom IV. 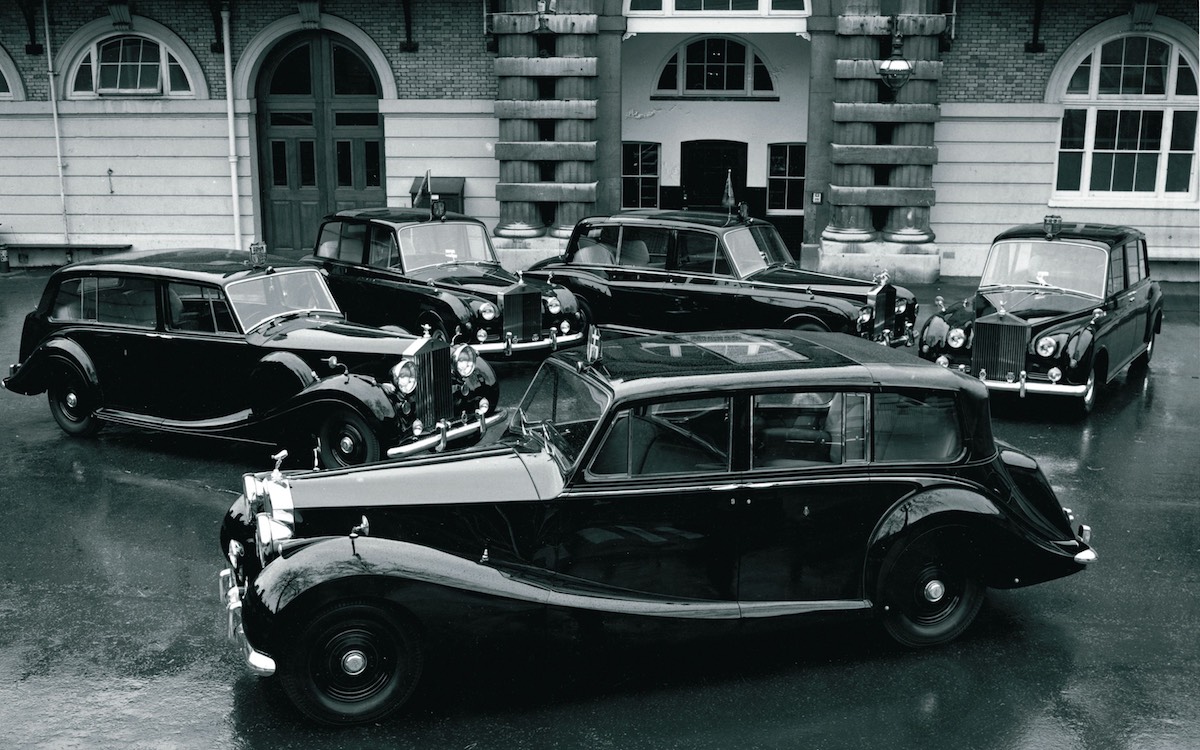 Incidentally, Rolls-Royce knew that motor cars had been supplied to the royal family by Daimler since 1900, so they wanted their new model to be the best car ever produced. Production took two years, and it is said that Prince Philip visited the workshop numerous times while the car was being built. When the first Phantom IV was unveiled in July 1950, it was emphasized that it had been "designed to the special order of Their Royal Highnesses, the Princess Elizabeth and the Duke of Edinburgh".

The first Phantom IV was painted Valentine green (deep green with a blue secondary hue) with red belt-line striping. It stayed that way until 1952, when Princess Elizabeth ascended the throne. At that point, the car was repainted in the royal colour scheme. This car remains in the Royal Mews to this day. For example, the Phantom IV was used to carry Prince Charles and Camilla, Duchess of Cornwall at the wedding of Prince William and Kate Middleton. 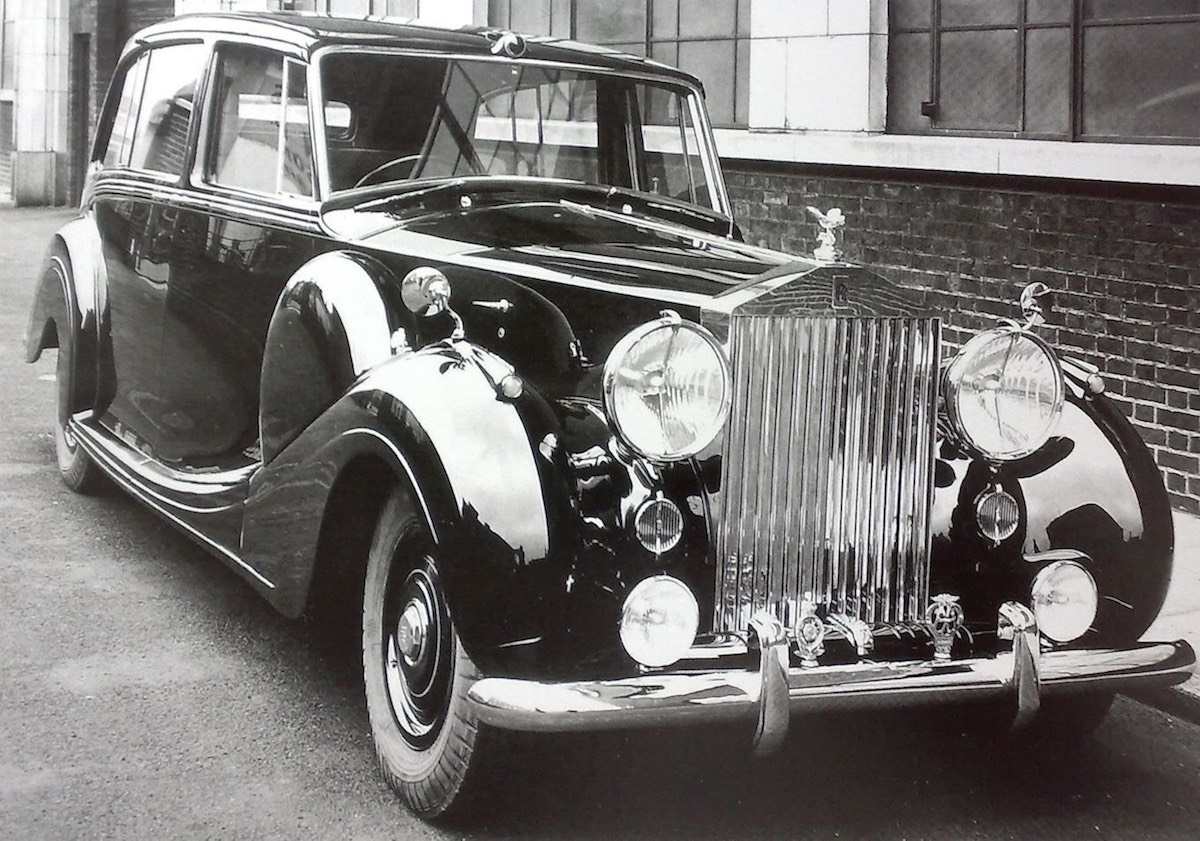 The Phantom IV was supposed to be a one-off piece, but in 1948 – even before Prince Philip ordered his own – Rolls-Royce received an order from Spain. Generalissimo Francisco Franco wanted three armoured cars. Even though the Phantom IV was not known outside the factory, it was decided that this car's chassis would best withstand the huge weight of the armour. These cars remain the property of the Spanish Army to this day, and are still used for various ceremonies.

No source is available that can indicate when it was decided that the Phantom IV would only be made for heads of state and royalty. All that is known is that the Rolls-Royce board decided that it would be impractical to build more than three Phantom IVs per year, and that no private customer has ever purchased this model. And yet despite the fact that only 18 pieces were ever made, some Rolls-Royce fans believed that they would be sold a Phantom IV, but their hopes did not materialize.

Among the lucky ones was the Shah of Iran, who received his own Phantom IV in 1951. The light blue convertible with white leather upholstery was the only one to have Silver Dawn headlights. The convertible was returned to Rolls-Royce in 1959 because the Shah apparently claimed that the body was not sturdy enough for Iranian roads. It has been published that the car made its way to the United States from Switzerland in 1982. As far as scant photographs reveal, the car is still light blue in colour, but its exact whereabouts are unknown. 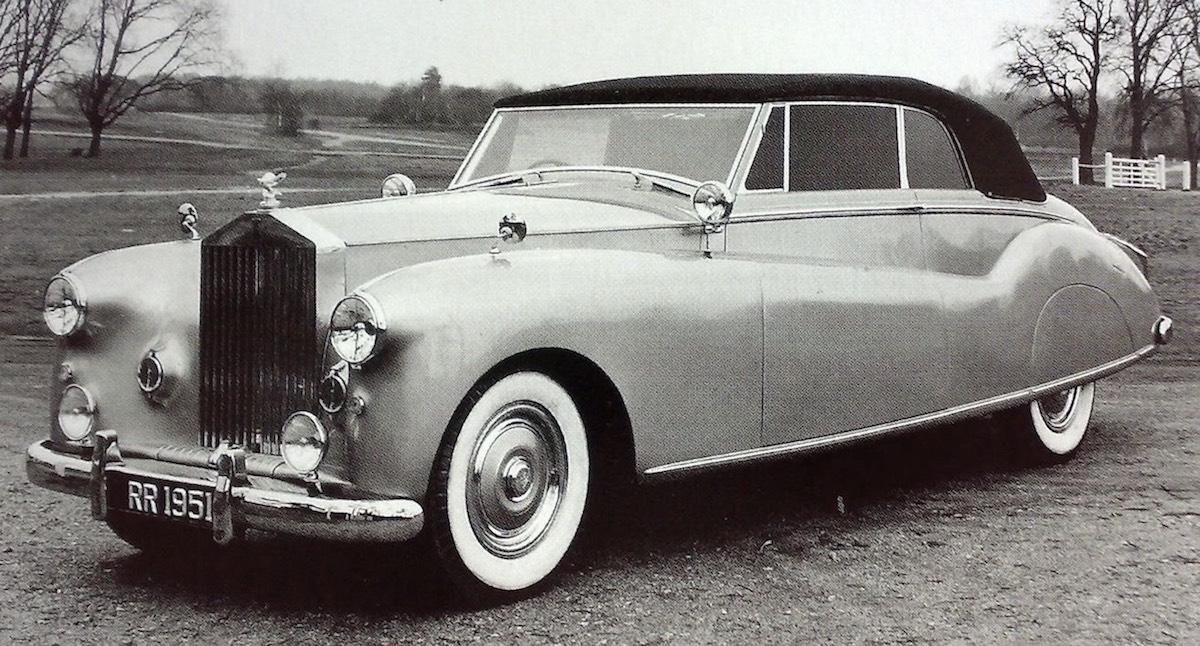 Aga Khan III, whose real name was Sultan Muhammed Shah, purchased a Phantom IV limousine. His contract with Rolls-Royce included a clause that the Aga Khan could not sell the car. However, after his death his widow sold it to the Mayfair-Lennox hotel, which used the one-of-a-kind model to shuttle guests. In 2011, this Phantom IV was offered for sale at the Pebble Beach Auctions. It was estimated to sell for USD 850,000–1,100,000. Unfortunately, no one emerged who was able to place such a bid and the car remained unsold.

One of the more interesting Phantom IVs belonged to Princess Margaret, the Countess of Snowdon. Since the princess wished to drive the car herself, it was fitted with an adjustable seat. But this is not the only intriguing detail. A panoramic glass roof was installed in the roof for the princess, and the car also had a special drink holder.

In 2003, the black model with its Pegasus hood ornament moved to a collector in Pennsylvania until returning back to Europe from the United States after being purchased by a collector in Germany for somewhere around USD 750,000.

One of the last Phantom IVs was produced for Mohammad Reza Pahlavi, Shah of Iran. The black model with grey leather interior is one of the few with a special distinctive feature. The muse named the Spirit of Ecstasy that had become Rolls-Royce's symbol was mounted on practically all of the Phantom IV bonnets in the kneeling position, but on the model made for the Shah of Iran, the muse is standing.

Production of the Phantom IV was discontinued for a very simple reason. First of all, the hand-built Phantom IV, with its coachwork customised for each customer, was not very profitable. In addition, the Silver Wraith was already in production, and this model was perfectly suitable for heads of state. Thus, after building 18 exclusive Phantom IVs, Rolls-Royce pushed this model into oblivion. 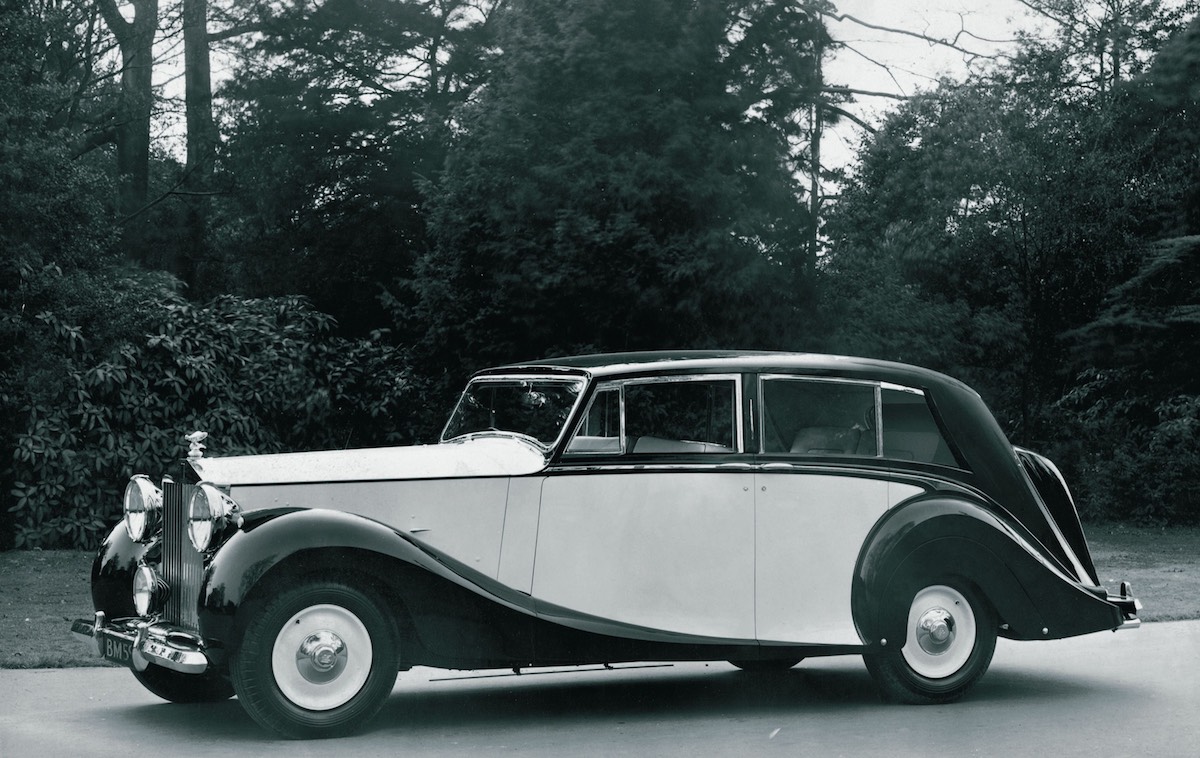