Can you imagine a Rolls-Royce made for people who don't want to flaunt their riches? Probably not, because just like many other people, you most likely think that the Rolls-Royce name goes hand in hand with indescribable luxury. However, there was at least one model in the history of Rolls-Royce that was supposed to reflect the "spirit of austerity".

In 1946, the British car manufacturer announced its plans to produce an update to the 1939 Wraith. The new version – which is also called the first post-war Rolls-Royce – was to be a bit more powerful, but it was stressed that it would be a smaller car. The size was meant to be in keeping with the widespread mood of post-war austerity, since there was a shortage of materials in Great Britain at the time, and petrol was being rationed with coupons. In other words, there were other things that were much more necessary in the country after the war than luxury cars.

The Silver Wraith was produced from 1946 to 1958. A straight six-cylinder engine was used over the entire production run, although its capacity was increased every few years. The engine capacity grew from 4.3 litres in 1946–1951 to 4.6 litres in 1951–1955, followed by 4.9 litres in 1955–1958. The 125 hp engine that was fitted in the first model was the same as in the pre-war Wraith, but with a new design. In addition, the early post-war cars had two divided bonnet sides which became one-piece in 1947. 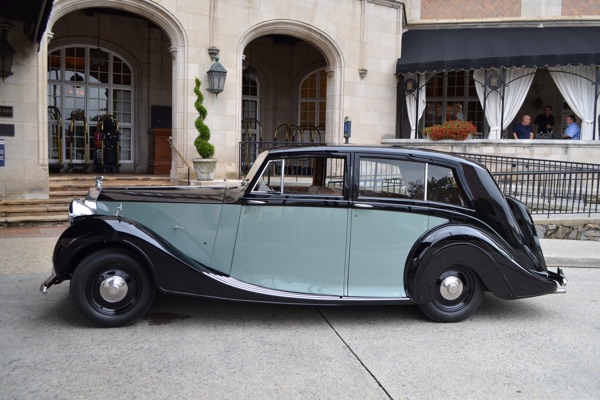 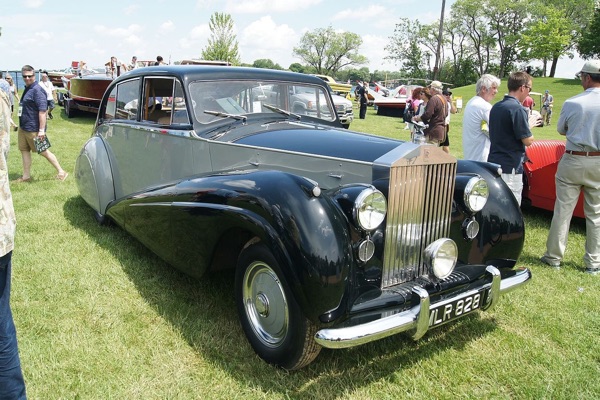 Although the Silver Wraith was released as a "smaller model", there were two different sized wheelbases. Up until 1953, the Silver Wraith was 3.23 metres long, but in 1951–1958, a slightly larger 3.38-metre model was also produced. A total of 639 of the latter were produced, while 1,144 cars were built with the shorter wheelbase chassis. 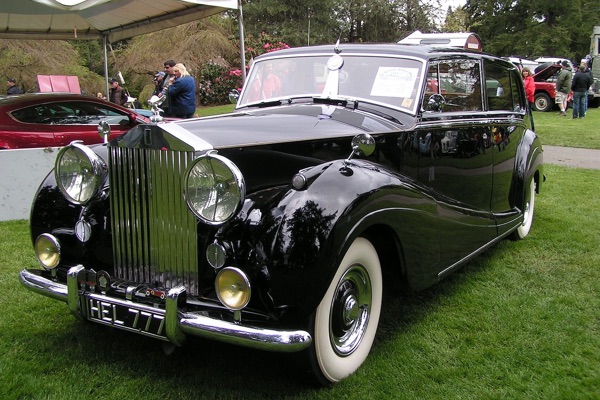 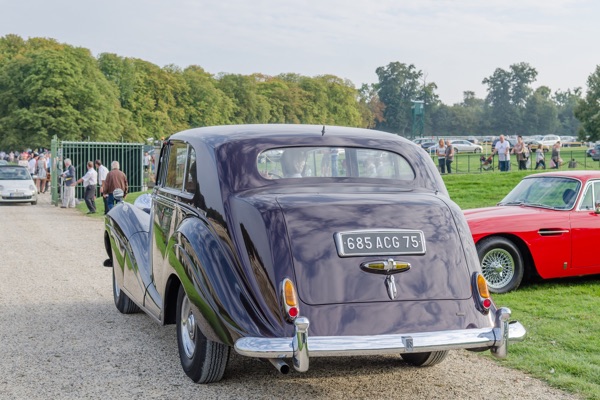 Despite the fact that the Silver Wraith was only in production for 13 years, the coachbuilders came up with a wealth of different body styles for this model. There was everything from compact coupés and convertibles to huge limousines and landaulets to carry public figures. The chassis that the coachbuilders used cost USD 9,000 at the time. Bodywork was designed for the Silver Wraith by coachbuilders such as Hooper & Co, James Young, H. J. Mulliner & Co, Park Ward, J Gurney Nutting & Co Limited, and Freestone & Webb. Craftsmen from the likes of Pininfarina, Chapron, Franay, Saoutchik and Vignale also contributed to the Silver Wraith. 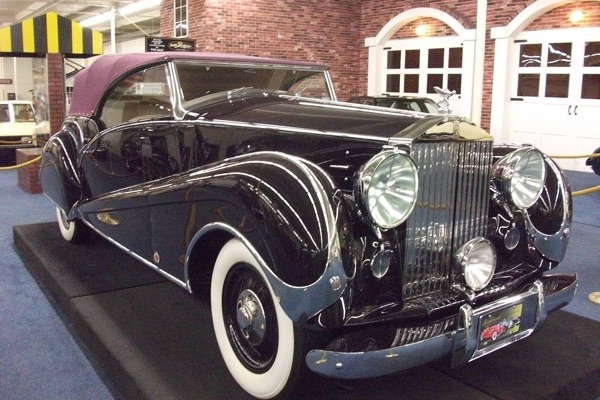 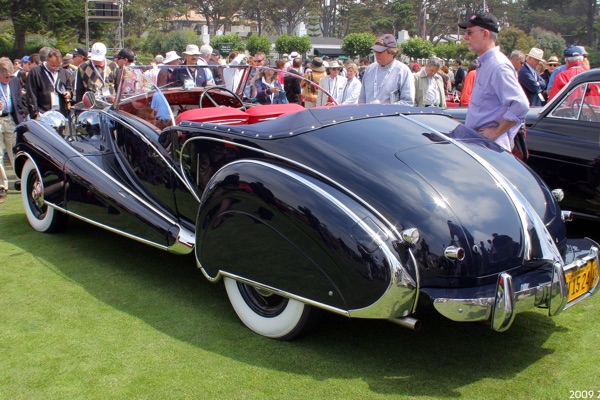 The official state car of the President of Ireland is a 1947 Silver Wraith, and the ceremonial state car of Brazil is a 1952; the Dutch and Danish royal families both had 1958 models.

However, despite the numerous coachbuilders who were involved with this model, the Silver Wraith became a symbol of the end of an era when skilled craftsmen who got their hands on a chassis could create whatever they wanted or what the customers asked for. Once production of the Silver Wraith was terminated, only a few coachbuilding companies were left – most of them merged in order to survive. The Silver Shadow drew this to a close, and after 1970, only a few bodies from different manufacturers were developed. 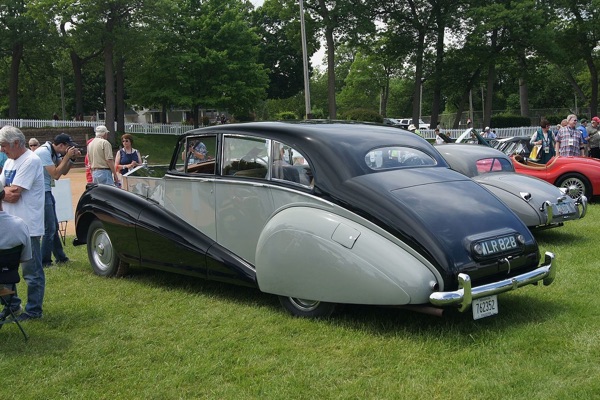 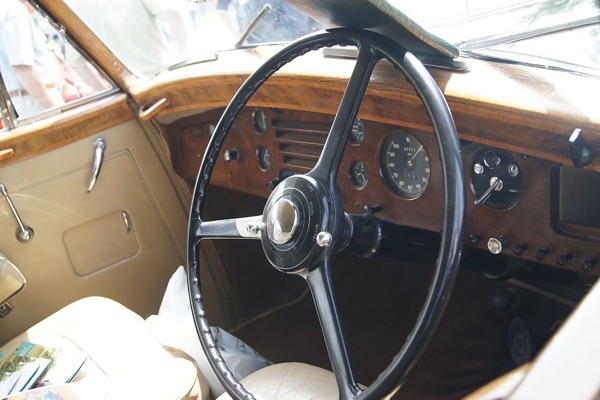 Collectors should know that quite a few Silver Wraith sedans have survived to this day, so the convertible versions of this model are the most prized. As are the Silver Wraiths that have bodywork designed by famous craftsmen –these models typically carry a six-figure price tag. For example, you would probably have to pay around USD 60,000–90,000 for a limousine. Meanwhile, a 1947 model with coachwork by Mulliner will cost GBP 78,000, and an enormous limousine designed by Freestone & Webb will put you back GBP 85,000. Another example is the 1947 Silver Wraith convertible with custom coachwork by J.S. Inskip that was built to the order of eccentric millionaire Tommy Manville Jr –according to Gooding & Company, the estimate for this car is USD 1.25-2 million.

Specialists emphasize that when looking for a model like this for your collection, you should first consult with an auto mechanic, since Silver Wraith repairs are rather expensive. And one last heart warming detail: the Silver Wraith appeared in quite a few movies, including Batman, Batman Returns and Spectre.