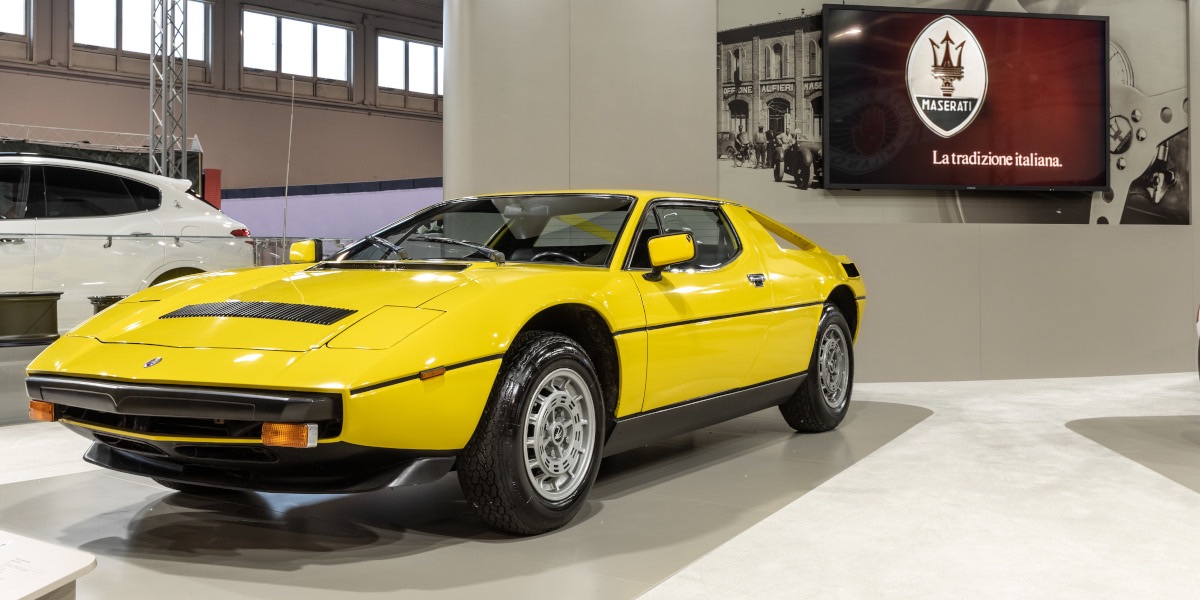 After a partnership with Citroen in the 1980s, Maserati shined with new colours. Maserati Merak was one of the sweeter fruits of this union.

There were several reasons for the launch of the 2 + 2 six-cylinder Maserati sports car: the success of its rivals from Italy and Germany, the excellent base of the two-seater Bora and the flair for the oil crisis.

The work of Giorgetto Giugiaro, who then represented the Italdesign studio, gave it a relatively long life - the car was manufactured between 1972 and 1982. When it comes to Merak, Citroen is often mentioned. There are several reasons for this: the 3.0-litre V6 engine derivative of both brands, the hydraulic suspension that French has been famous for decades, even the dashboards found on both models, and the coveted pleasures like power windows or air conditioning.

Purists may have shuddered to hear about this incest. However, without these French-derived technologies, Maserati would not have been able to launch a modern car even with an attribute such as an all-wheel-independent suspension that competitors have been proud of for years. The hydraulic system was used not only in suspension or brakes but also in pop-up lights. During the Citroen ruling period, even the clutch was part of the hydraulic system until 1975-1976. However, the hydraulics in the cars have gradually declined, replacing them with more common components. 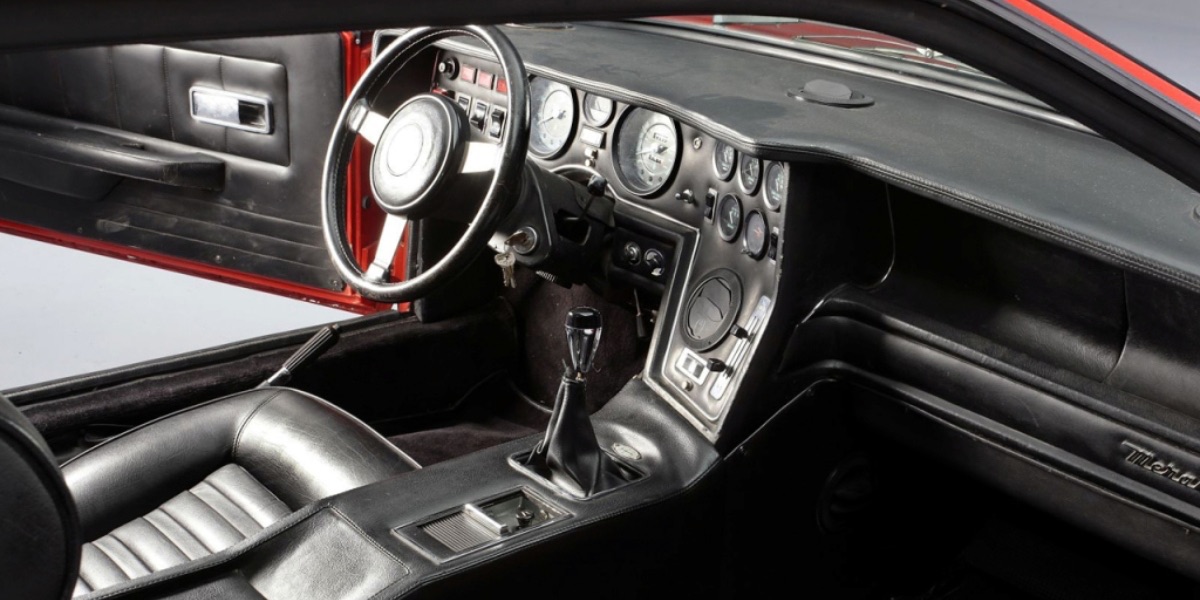 If Bora, who appeared earlier in the year, was the first Maserati with the engine behind the driver, Merak became the second. Compared to the Bora, the front-to-centre pillar was almost identical, but only the rear of the Merak had less glass - the roof-to-rear struts were not glazed.

Bora's younger brother became the first four-seated, mid-engined model in the company. The two cramped extra seats came as the engine shortened from eight to six cylinders, but in theory, a car that could carry more passengers might have attracted a wider range of buyers. It's not without reason that old Youtube videos show women with kids hanging out at Merak's showroom. As it turned out later, in some places, Merak's ban on additional seats made the prices fall by 50%. That's because the brokers charged the price as it was sedan instead of a sports car.

The V6 engine emitting the sound of Grand Prix cars deserves special attention. It began its career as a 2.7-litre aggregate designed for the Citroen SM. But with the increase in cylinder efficiency, the capacity increased to 3.0 litres. The cylinders were mounted at an unusual 90 degrees. The two-shafted, chain-driven engine was also better lubricated by wet sump and oil cooler. Weber carburettors allowed 190 hp to be developed at 6000 rpm and 255 Nm at 4,000 rpm. The rear-wheel-drive was transmitted through a transaxle five-speed manual transmission and a limited-slip differential.

Introduced in 1975 and launched into production, the Merak SS revived interest in the model. The SS version was 50kg lighter and, thanks to its three carburettors and higher compression ratio, 30hp (up to 220hp) more powerful. A black grille appeared in the front of the lift lights, the Citroen SM's steering wheel disappeared from the cabin, and the dashboard was changed to a more driver-oriented one. The latest models include the Bora three-spoke steering wheel. In 1977, when de Tomaso moved from Citroen to Maserati, Bora ceased production with just 600 units. Fortunately, Merak survived another six years.

The Italian authorities' decision to charge 39 percent VAT instead of 19 percent on cars with more than 2-litre engines has also affected the supply of sports cars. Maserati introduced the Merak 2000 GT in 1977, which was most commonly found on the Italian market. By reducing the direction and diameter of the cylinders, the engine developed 159 hp. There were only two 2000 GT colour options available - light blue and gold, and this version can be distinguished by the solid black sidebar.

Only 1,830 Merak cars were produced. This was also adversely affected by the oil crisis of 1973, which reduced the already narrow circle of thirsty buyers. Merak had no direct rivals, but the main competitors could be the Dino 308 GT4, Lamborghini Urraco P250 and possibly the Porsche 911.

When selecting a model, pay attention to the mounting points of the suspension on the body, and it can be expensive to repair a long-idle engine due to corrosion of the exhaust valves. Despite its flaws due to its exquisite design and exotic brand, interest in Merak is still growing today. The gossiping of the world's most famous auto journalist Jeremy Clarkson in a Top Gear show also means something, considering that he called it one of the most beautiful supercars ever created. Although its value is usually less than half the price of the Bora V8, depending on the condition, the high-performance and simpler design are the most sought after of late SS models. This is also reflected in their prices.