The VAZ 2107: The Car that Started the Stereotype of the Terrible Russian Car


When it comes to Russia and the automotive world, it’s generally accepted that Russian cars are not very good.

The most recognisable car to come from the largest nation on earth is the VAZ 2107 (or Lada Riva as it was referred to Western markets). It was a slab-sided, rugged machine based on the FIAT 124, and for reasons due to poor build quality and incredibly simple engineering, it became the punchline of many a joke.

Yet the 2107 suited the rough and potholed Russian roads. When it finally went out of production in 2012 after four decades, this low-tech, simple car that was introduced in the Soviet Union (and outlived it!) had become the third biggest-selling automobile platform in history behind the Volkswagen Beetle and the Ford Model T.

Hippolyte Romanov and the Creation of the Russian EV


Whilst the Lada is pretty much single-handedly responsible for the idea that Russian cars are shoddily-built and are little more sophisticated than cattle, don’t forget that Russia has given us some of the most important engineering innovations of all time.

Without Nikolai Betekov, there would be no household radiators. Had Igor Sikorsky not strapped four propeller motors to his enormous Russky Vityaz biplane in 1913, we wouldn’t have the modern-day airliner. Don’t forget that in 1957, it was the collective technical brains of the illegally-occupied nations of the Soviet Union that helped Yuri Gagarin on his journey towards becoming the first man in space. 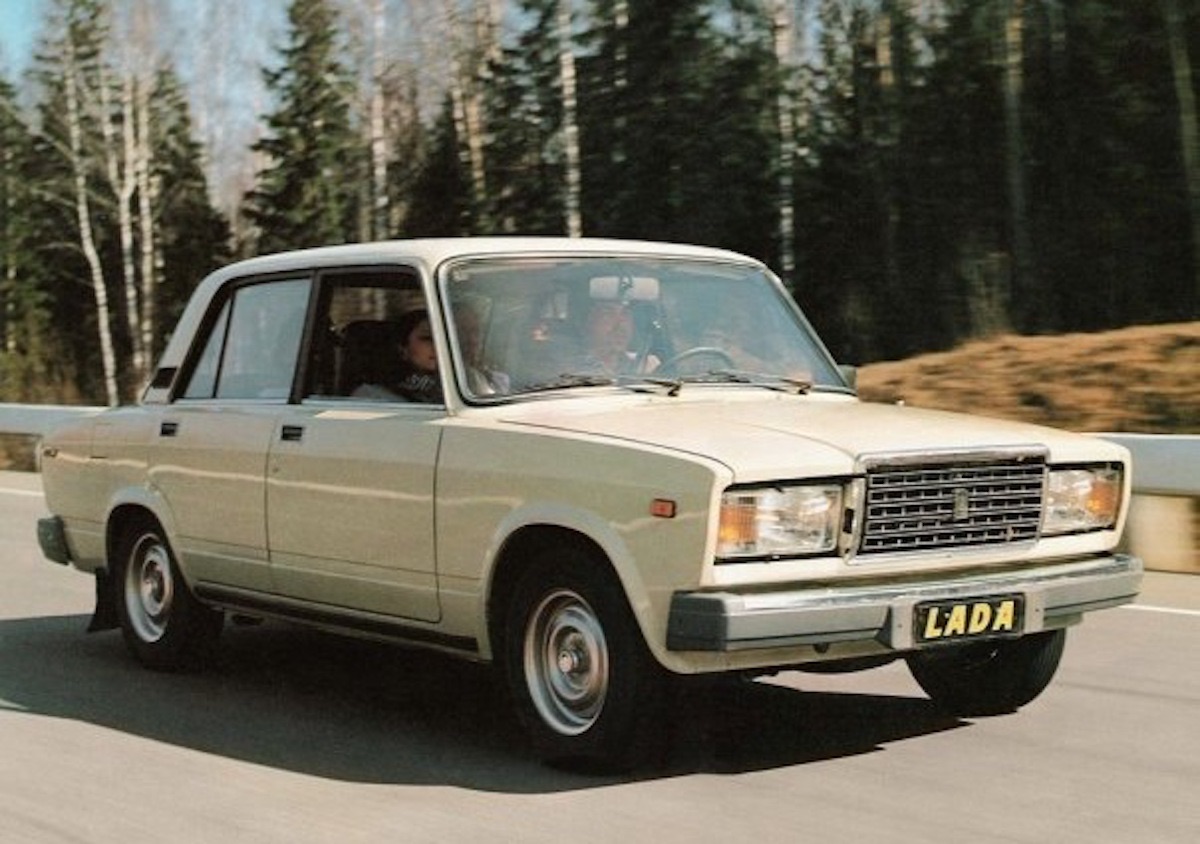 The Russian car you all recognize - the VAZ 2107 or Lada Riva
© Яндекс.ru

Despite the Lada jokes, the Russian bent for innovation has also been long-evident in its car industry and the concept of the Electric Vehicle is nothing new. At the turn of the 20th century, Hippolyte Romanov pioneered the Cuckoo - a vehicle that’s widely considered to be the first domestic EV. The forward-thinking engineer also pushed for the electrification of St. Petersburg’s public transportation system four years prior to the collapse of the Russian Empire and the Soviets’ seizure of power.

From 1918 to 1991, the Soviet car industry also experimented with non-ICE vehicles. Yet despite the collapse of the USSR and Russia’s subsequent transition to free-market capitalism in the early 1990s, it has only been in very recent years that EVs have gained traction in popularity amongst domestic Russian car manufacturers and consumers.

In August 2020, the Russian Ministry of Industry and Trade announced that production of the Zetta - a city car produced by the Russian Engineering and Manufacturing (REMC) startup - will commence by the end of the year.

At the other end of the automotive spectrum, another startup called Aviar Motors announced that it would begin producing a ground-up EV called the Aviar R67. Whilst it’s made in Russia, that’s where the parallels with the Zetta stop. 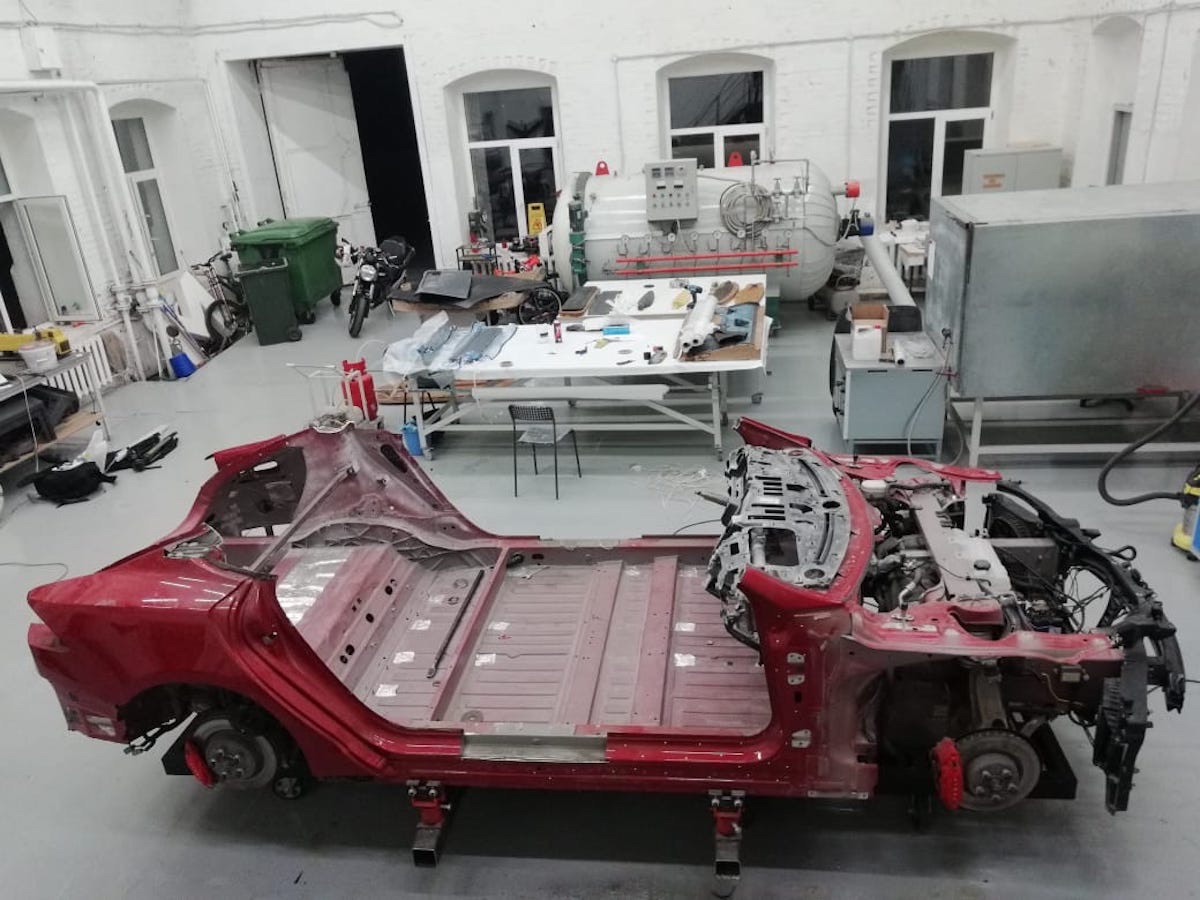 Aviar’s Ford Mustang Mach 1-inspired machine will boast a fully carbon fibre body, but don’t be fooled by its retro aesthetic. The R67 us underpinned by the chassis and mechanicals of a Tesla Model S - a car that ranks as the world’s most reliable EV with a reliability score of 98.9%.

Just 200 R67s will be produced, and each car takes eight months to make from scratch. Factor in the low production number combined with Tesla flagship running gear and the brainpower needed to get it to work with its all-new, handbuilt body, the R67 will not be a cheap device. In fact, it will cost a whopping EUR 295,000 when it launches next year.

It’s not just the price and tech of the R67 that’s jaw-dropping, either. So are its performance numbers. The Moscow-made motor boasts 840bhp and like the Model S, it will reach an electronically-limited top speed of 250 kilometres per hour (155 mph). Its batteries sourced from the Tesla also give it a range of 507 kilometres (315 miles), whilst the interior trim is sourced from Rolls Royce.

The R67 is set to go on sale in 2021, just over 120 years since Romanov’s Cuckoo took the streets of the Russian imperial capital, and Aviar’s founder, Aleksey Rachev, believes that his company represents a new dawn for the Russian and global automotive industries by positioning its R67 as “the world’s first ground-up, fully-electric muscle car.” 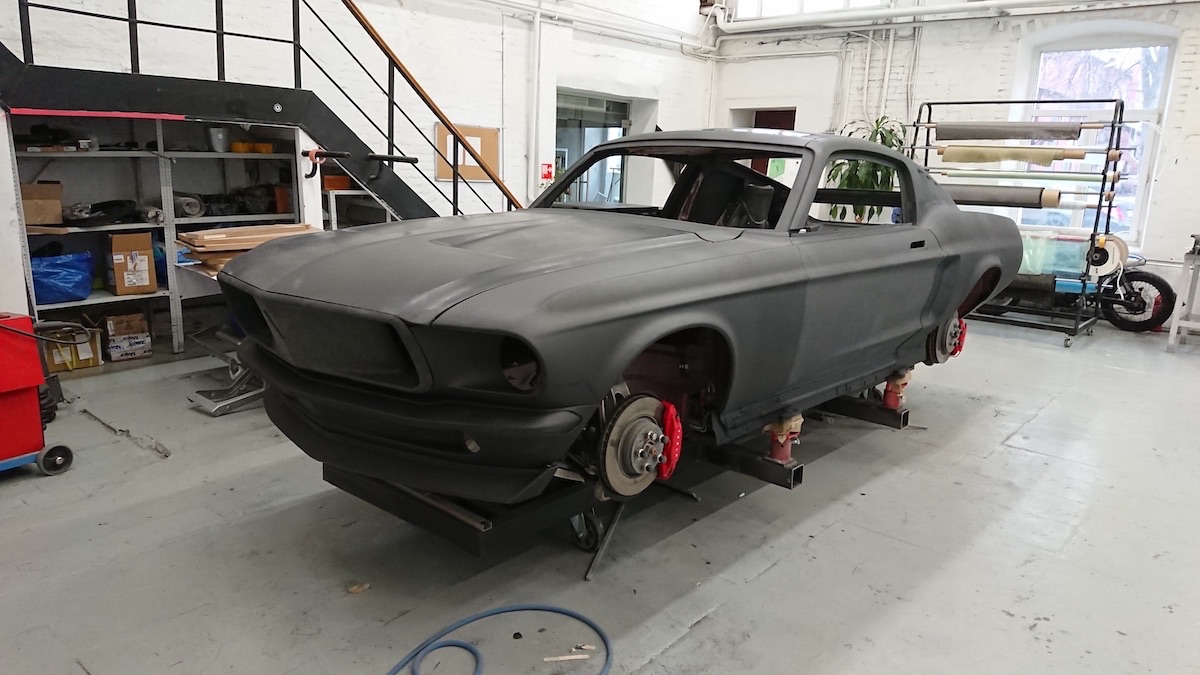 “I know there are startups all around the world who specialise in restomodding classic cars with EV tech,” he explained to Dyler.com. “I think this is a wonderful thing to do because these classics get a second life and they’re pretty useable day-to-day.

“However, if a car that’s based on tech from around the middle of the last century, I really don’t think any amount of current tech or restomods can really transform a classic into a ‘modern’ car.

“The power structure of older cars doesn’t allow for effective crumple zones, and they have no electronic driver aids or security systems, and their battery packs are placed in either the engine or luggage compartments, which has an extremely negative effect on handling and safety.

“I won’t say all of them, but many restomodded vehicles are forced to use solid-state, lithium-ion batteries that don’t have cooling systems. Because of this, these cars end up with a low range and slow charging speeds. When depressurizing, lithium-ion batteries can explode and burn with a heat release up to 900⁰С. Considering that the power of some of these cars reaches up to around 400 bhp and can do 0-62mph in around four seconds, this could be quite dangerous.” 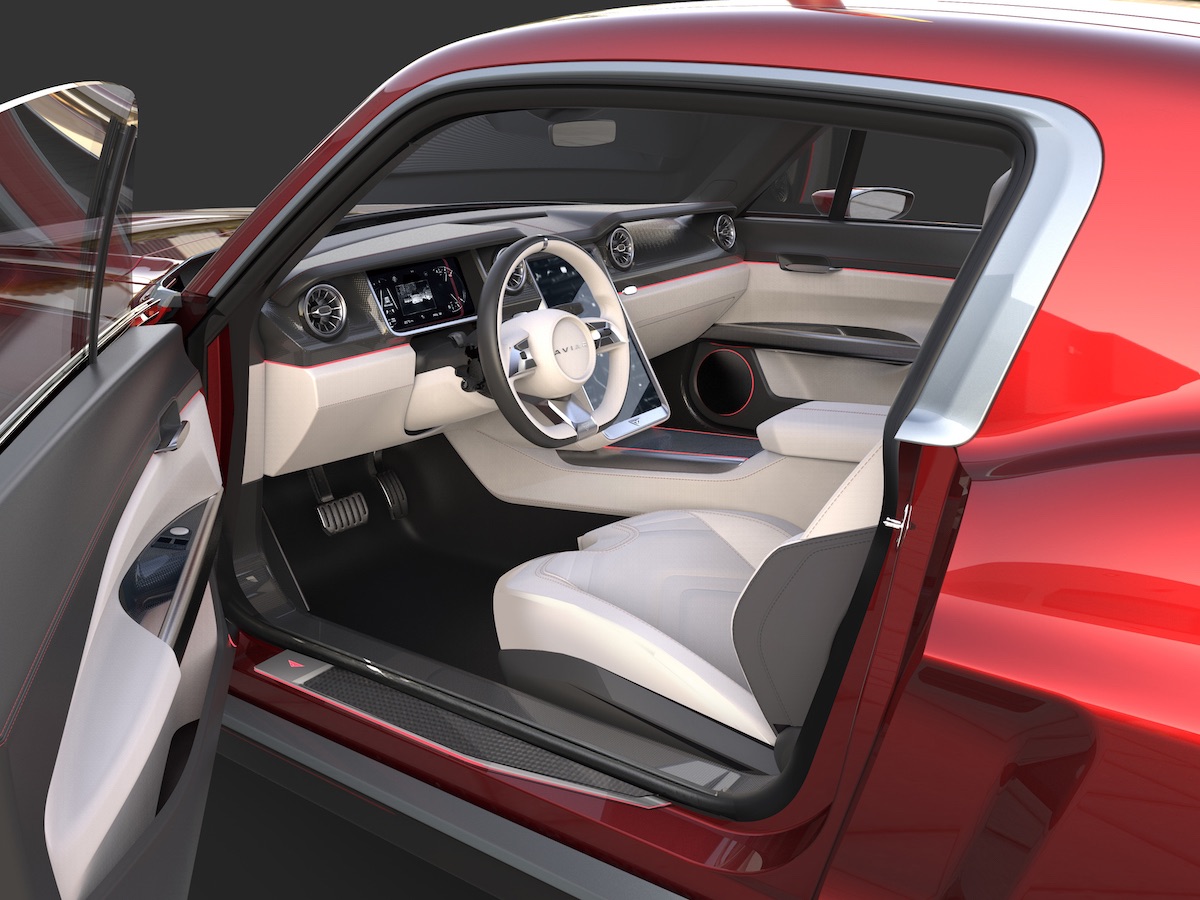 
The thing is though, it isn’t. The R67 is very much a reality and it looks set to fill the demand in the market for a fully electric muscle car for the 21st century.

The numbers surrounding the future of EVs and classic cars appear to show that Rachev is correct in his predictions that there is and will continue to be a growth in consumer appetite for both types of vehicle - between 2018 and 2019, global sales for EVs increased by 40% year-on-year. From 2020 to 2023, the classic car market - currently worth $25bn at the time of writing - is expected to grow by 8.2% annually.

“There is a demand for EVs and classic cars, but the number of classics that are available globally is decreasing,” the former economist-turned-engineer continues. “What we’re doing is offering clients a vehicle that takes all of its performance, safety, and technology from one of the market-leading EVs and wrapping it up in the body of a classic American muscle car.

“Given that the R67 is based on the Model S, owners will also be able to access Tesla’s fast-charging Supercharger network and the event of needing a new part for their car, the maximum waiting time for it will be two weeks thanks to Tesla’s global presence. I don’t think a restomodding specialist can offer anything like that.” 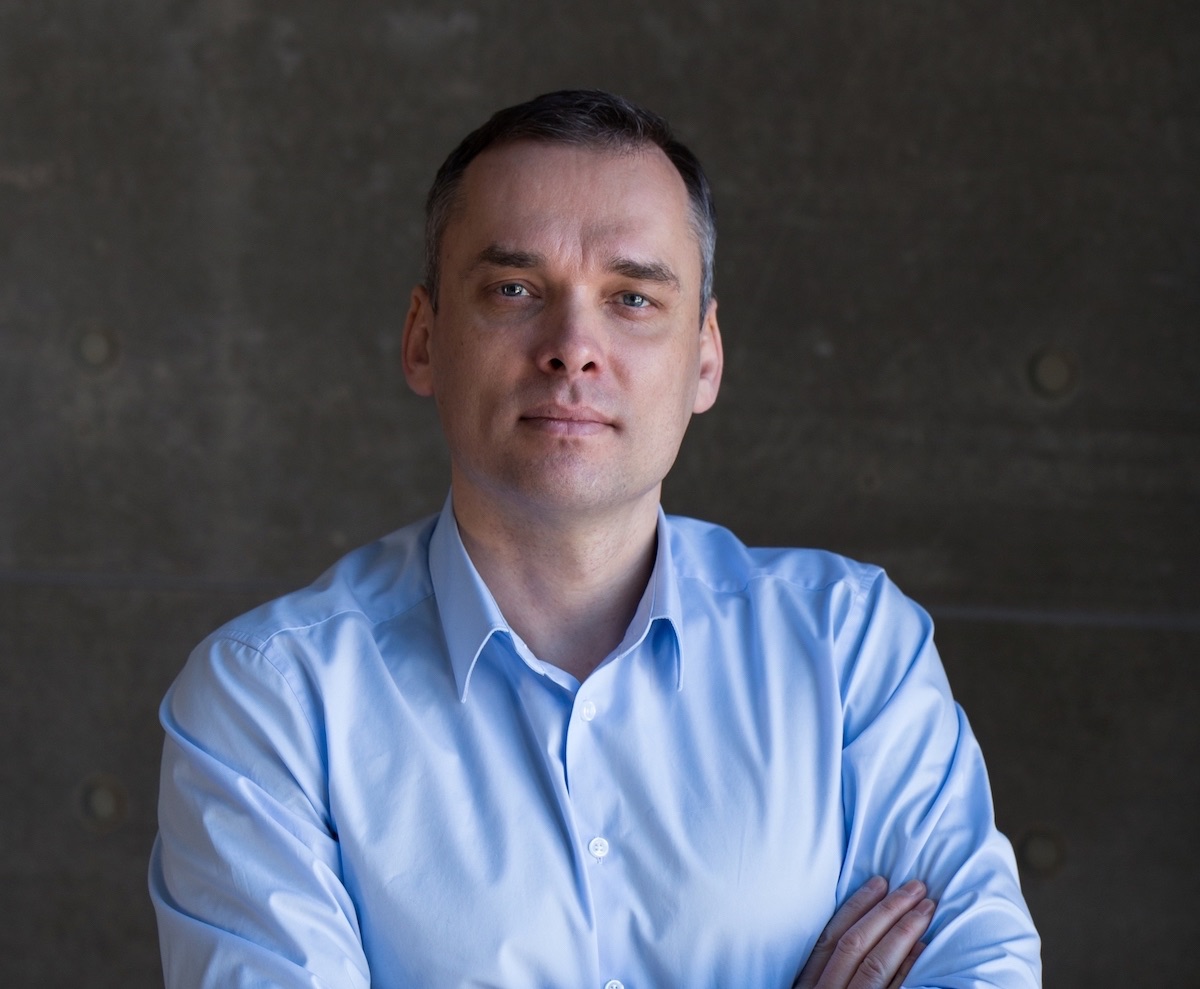 The positioning of the R67 as a modern solution to a modern problem has already seen Aviar already accept a number of pre-orders. Rachev reveals that the car’s prototype has been warmly received by EV and classic car fans across Europe and the United States. As a carmaker, Aviar will also appear at a number of international car shows in 2021 “COVID-19 permitting.”

Speaking to Rachev, it also becomes apparent that the adage of “think local, act global” is vital to the whole essence of the Aviar brand.

“I don’t want Aviar Motors to be a ‘Russian’ manufacturer because the world is getting smaller and I see the R67 as a global effort. Yes, sure, it’s engineered by Russians, because we’re based in Moscow, but I really want to convey to potential buyers who may be put off by the Lada stereotype.

“In Russia, there are a large number of professional and highly qualified engineers and designers who are able to look outside the box at a solution to any problem and offer a truly innovative solution. It's not for nothing that so many Russian engineers and developers work at internationals such as Google, Tesla, and Facebook.

“On the other hand, the R67 is based on an American car, and it has the dimensions of a classic US muscle car and to bring the two together was a big challenge for our engineers. However, I like to think we’ve succeeded because in 2021 the car will be on display at a number of motor shows across Europe and America. We’ve also taken a number of pre-orders, so I’m very much looking forward to what the future brings for us.

“If our figures from now to 2023 are correct, we will move manufacturing from Russia to the European Union in the future…” 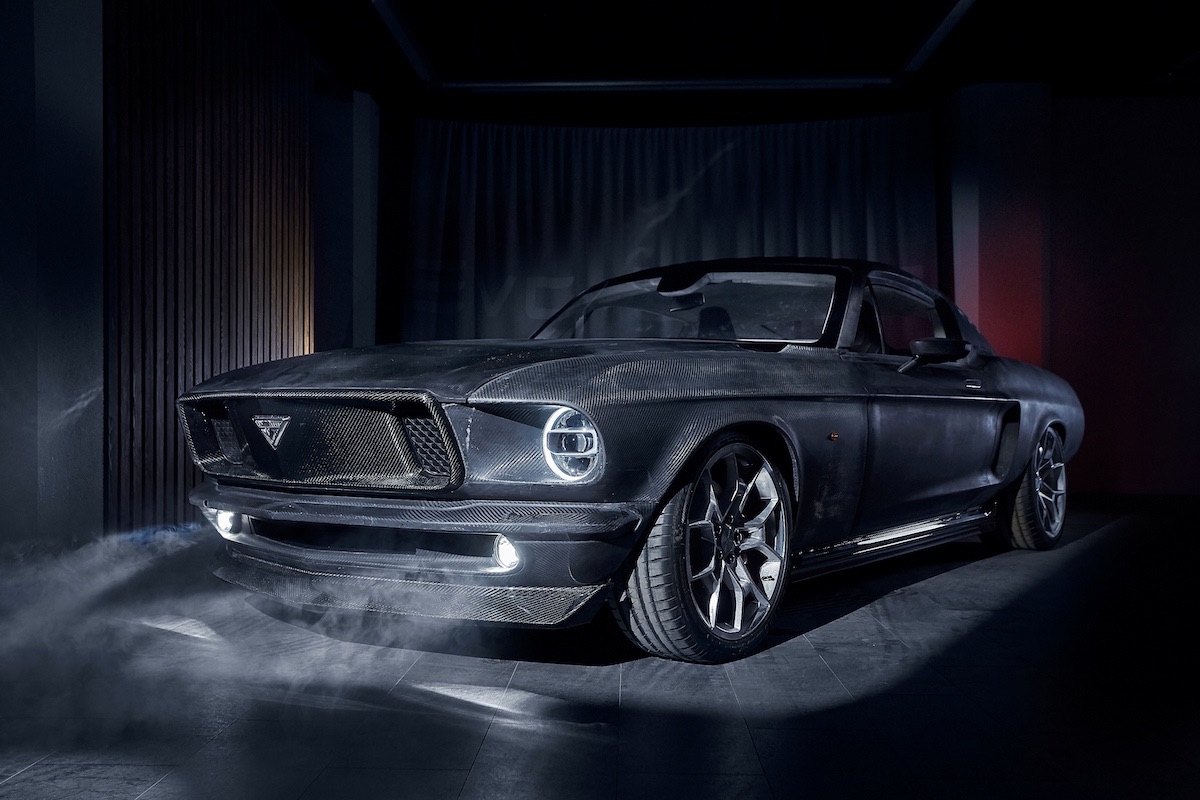 The working prototype of the Aviar R67 - it’s a good looking thing, isn’t it?
© Aviar Motors

Is the Aviar R67 A Future Classic EV? We Think So!


A classic car is defined by its exclusivity, desirability, and/or its status as the first or last of its kind. The Aviar R67 ticks all of these boxes.

Fancy a piece of US muscle? Take a look at the full range of classic American muscle cars available on Dyler.com!