Honda e: Will It Classic?

I’d like to begin this review by addressing Boris Johnson, the Prime Minister of the United Kingdom.

Your plan to replace all ICE cars on Britain’s roads with electric cars by 2030 - whilst commendable - is quite, quite mad.

Don’t believe me? I’ve just spent the best part of a fortnight with a Honda e, and if you read on over the next 1,000 words or so I can explain to you why.

Many moons ago in the pre-COVID era, the Honda e first came to my attention in a YouTube review by Jonny Smith on The Late Brake Show.

To be honest, I hadn’t taken much notice of EVs up to this point. The only thing I knew was that I found the idea of a zero-emissions, fast accelerating car appealing.

Prior to the e, I was aware of the BMW i3 because I liked the way it looked. I dabbled in reading up about the Volkswagen e Golf because Golves are superb, and by default, an electric one would be excellent and dependable.

Oh, and Teslas? I’m not particularly interested in them. They look a bit crap, and everyone I’ve met who’s a fan of muH ElOn speaks in corporate bullshit bingo - “to the moon!”, “marketing ninja”, and “office pool table” types.

The e though? That really got me going. Despite its flaws, which we’ll go into later, I loved the e’s face because it looked like Honda’s Asimo robot who is adorable.

The contrasting colour panel on the front of the little Honda took me back about 10 years to when I used one of those black polycarbonate MacBooks and had frosted tips. If you’re over a certain age, you’ll know what I’m talking about on both fronts.

As for the inside? Honda’s use of screens for displays, and what appeared to be clever use of light and space in a small car was like nothing I’d ever seen before. When I first discovered the e, I was driving an Audi A1 - an excellent car, but oh so very dark and humourless. And cramped. In fact, I used to be 6’5.

Fast-forward six months and a written feature about the e as a future classic, I was kindly lent one by Honda UK for a fortnight’s test in the middle of September. It was Charge Yellow, and it was VERY BRIGHT. It was also the range-topping Advance model, which with the government £3,500 subsidy to go electric, would cost £28,660.

The first thing that struck me was the interior. It is truly a superb and relaxing place to be. The seats are Citroën levels of comfort and the brown - sorry, copper - seatbelts are a nice touch.

Honda has also fitted the e with a sunroof which massively opens up the cabin. It’s an airy place to sit as it is. Its use of light colours make it feel bigger than it is, and the screens reduce potential clutter from dials. Come the end of the 12 days on the e, I was happy to conclude that it boasted the most relaxing cabin I had ever been in.

Now, this is where things go downhill slightly. The drive from Honda HQ in Bracknell to where I live amongst the livestock in the Peak District is 168 miles or 3 hours 35 minutes. Honda claims that the e Advance has a range of 136 miles. It does not. The Man From Honda who oversaw the handover say no, and it was about 100 at best. He was not wrong.

The Honda e is a nice place to chill whilst charging… you can watch TV, make a snack…
© George East

The drive home wasn’t fun. I’d done my homework about the different charging stations en-route and figured that using a CCS charger with up to 350kW would charge my car by 80% in anything from 45 to 90 minutes.

Through no fault of Honda’s, each DC CCS charger motorway service station I stopped in along the way didn’t work. The only charging option was to use the government-issue, 50kW Type 2 plugs which charge your car in anything from five to 10 hours. After much sweat, I managed to find a CCS charging station at a supermarket just outside of Leicester which gave me enough charge to get home.

Upon arriving home, I had 4% charge left in the e after two full charges. The drive - some eight hours in total - was possibly the most stressful in-car experience I’d ever had as a result of crippling range anxiety and the Honda’s woeful range. I have been in cars that have scared me, and I have been in cars that have bored me. Until the Honda e, I had never been in a car that instead of enthusing about it, had driven me to drink.

With an ICE car, you know you can push it a bit when the red light on the fuel gauge comes on. My old Audi would do 30 miles on empty. With an EV, you simply can’t. The rear wheels lock, and the car becomes stationary because if you push it, you will mangle the drivetrain and cause many pounds worth of damage to what’s already an expensive thing.

Still, tomorrow would be a better day, right?

Eh, yes and no. I should say that I live in a second-floor flat and I do not own it. This means that there is no charging facility as the cables that Honda kindly provided with the e were not long enough to loop from the bedroom, through the bathroom, down the outer wall, and a few metres up the street to charge the car that had given me such conflicting emotions.

Even if I did own my flat though, I wouldn’t have really wanted to have charged it with the other three-pin cable that came with the e, because I would have overloaded the electricity circuit, causing the building to catch fire. 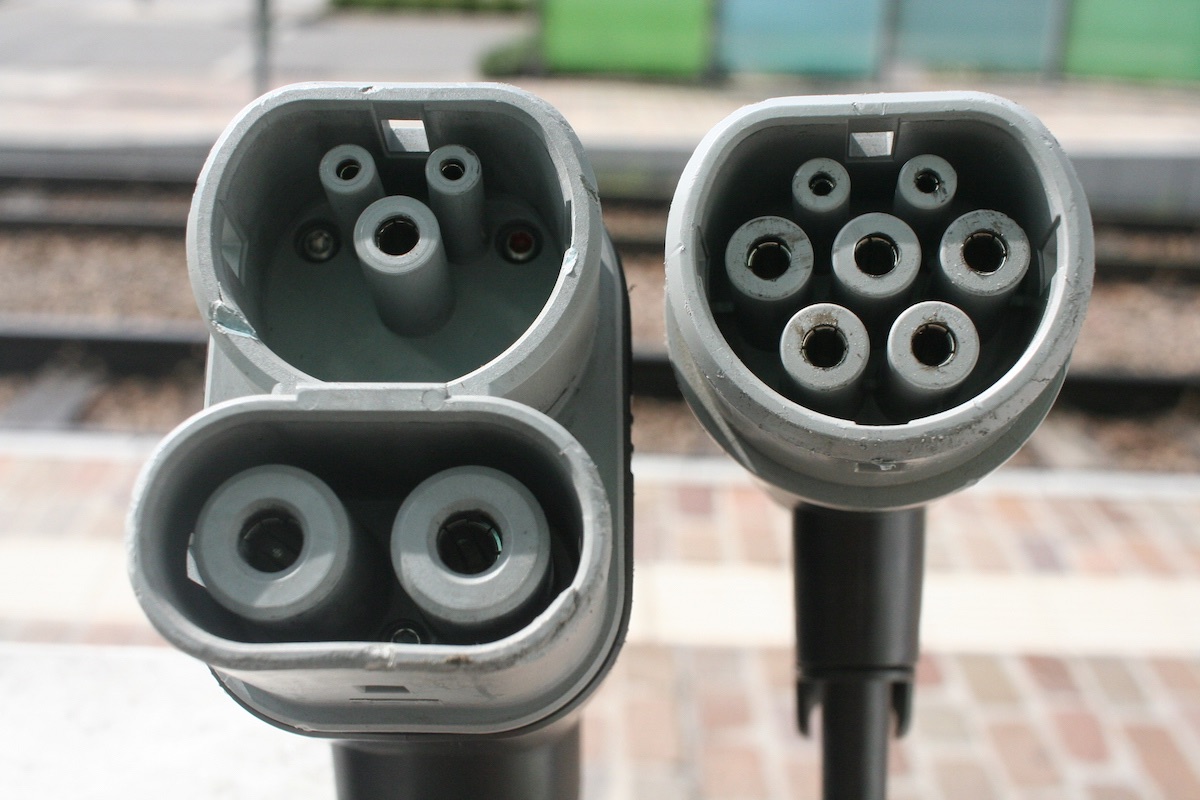 CCS (left) vs. Type 2 (right) - learn the difference when charging an EV
© Wikipedia

So given I don’t want to burn my house down, here we go again. Time to find a charging station using the many, many apps on my phone. Of course, none of them were the fabled CCS charger which in rural areas seem to be rarer than chicken’s teeth. Or salmon feet.

The charging issue was solved by driving to a nearby village with a CCS charger. However, that still involved a phone call to the company who provides the ports to get it to work properly. At this point now, I’m quite bored about writing about the charging issue, as I’m sure you are reading about them.

So, terrible range and naff charging infrastructure aside, what else is there to say about the Honda e apart from the fact its cute appearance can melt hearts and it’s a lovely place to be?

Well, it’s fantastic to drive. With all those batteries, it is not a light car. In fact, it weighs in at 1.5 tonnes. However, Honda has sent its 151bhp and 122lb ft of torque through the back wheels and most importantly, they’ve given it 50/50 weight distribution. The instant power from the batteries - remember, you don’t wait for an optimal rev band here - is also laughable. From the lights at least, the little Honda can chew up a Golf GTI or similar.

Yes, there’s some wobble as a result of the e’s ample girth, but the equal distribution of weight gives you the confidence to really tackle the twisty stuff and testicular fortitude permitting, really kick the arse out. What’s more, if the weather is warm enough and the road surface is sufficiently sticky, you can also get some chirp on from the tyres.

In town, the battery regeneration is great too. You achieve this by driving with one foot which takes no time to get used to. The electricity generated by the autobrake system feeds back into the battery. This means that for a while, the range anxiety sweats stop and you get to drive the e as a normal car. 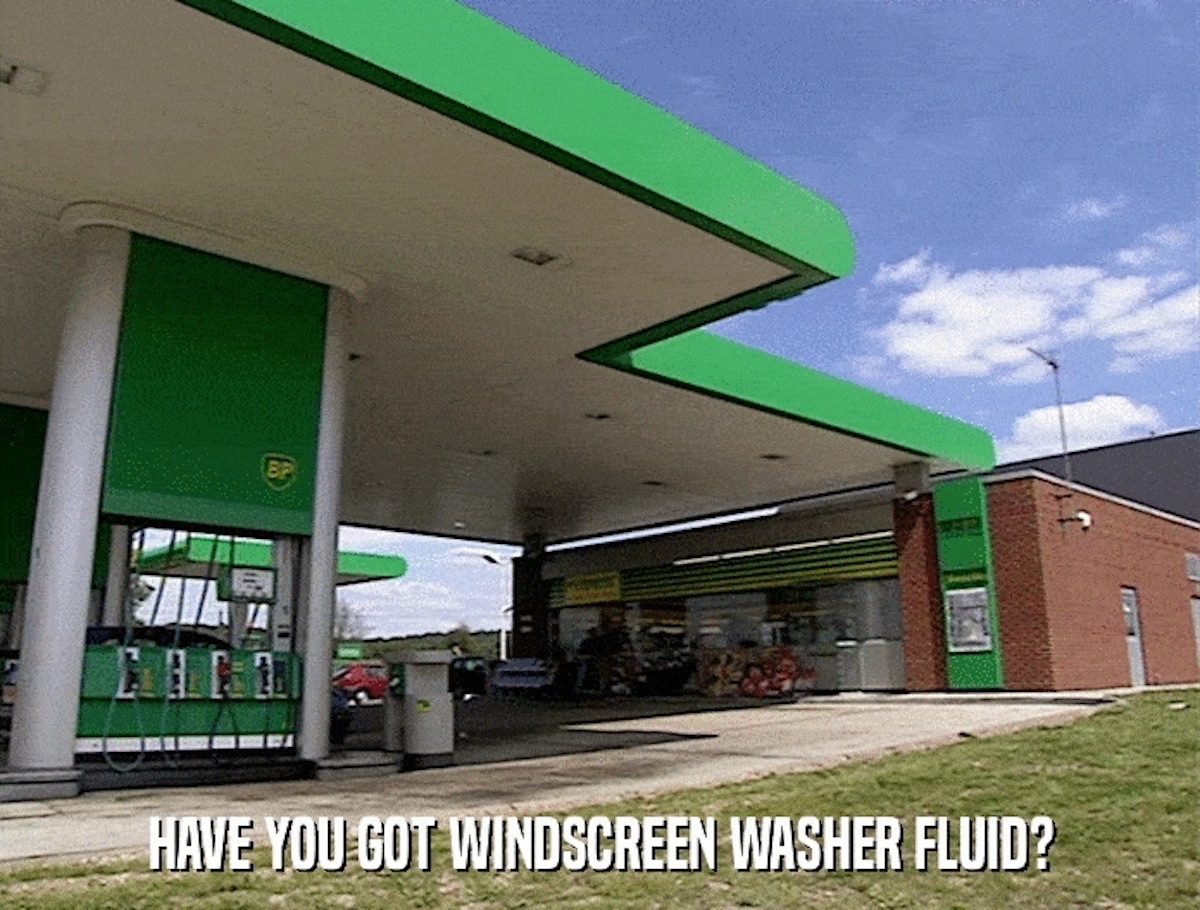 As for the screens, I finally decided that they were a nice touch. I wasn’t initially sure about them, but if you don’t have a home or workplace charging facility for them, they’re a Godsend.

Whilst waiting many, many hours for your car to charge from a public charging station, the e’s internal three three-pin plug for electrical devices and its HDMI port is an invitation to take your games console along for the ride. This - believe me - will make you feel less like Alan Partridge as you sit alone in your car waiting for it to charge in a supermarket car park.

And that last sentence sums up the Honda e for me. It’s a happy and cute little car. It’s fun, and almost everyone who sees it will smile and give you a thumbs up. It’s a break from the norm, and it’s a truly lovely place to be. I would even go as far to say that it made me a better driver as I had to adopt a calmer, more methodical approach to my driving instead of driving everywhere at 80mph.

Unfortunately though, I fear that the UK’s current public charging infrastructure for EVs and the e’s poor range mean it’s pretty difficult to use a day-to-day machine at the moment. Unless, of course, you have home charging facilities.

At the end of the day, if you’re about to spend £30k plus on a car, you want something you can drive without having The Fear every time you get behind the wheel. If Honda added a bit more range, then they would make what’s already a good little car into a great little car.

Also, Boris, if you’re reading this, your government has no chance of replacing all ICE vehicles with EVs by 2030. With the best will in the world, you will need to seriously invest into public charging infrastructure over the next decade to do so.

That said, a classic car doesn’t have to be good - it has to be desirable, and the Honda e is very much that.

Will it classic? Yes.

Everyone at Dyler.com would like to thank Honda UK for kindly lending us R020 ZYE for this review. If any of you reading have a classic car you would like us to review, please get in touch by clicking these four yellow words! One of our editorial team will get in touch with you ASAP!