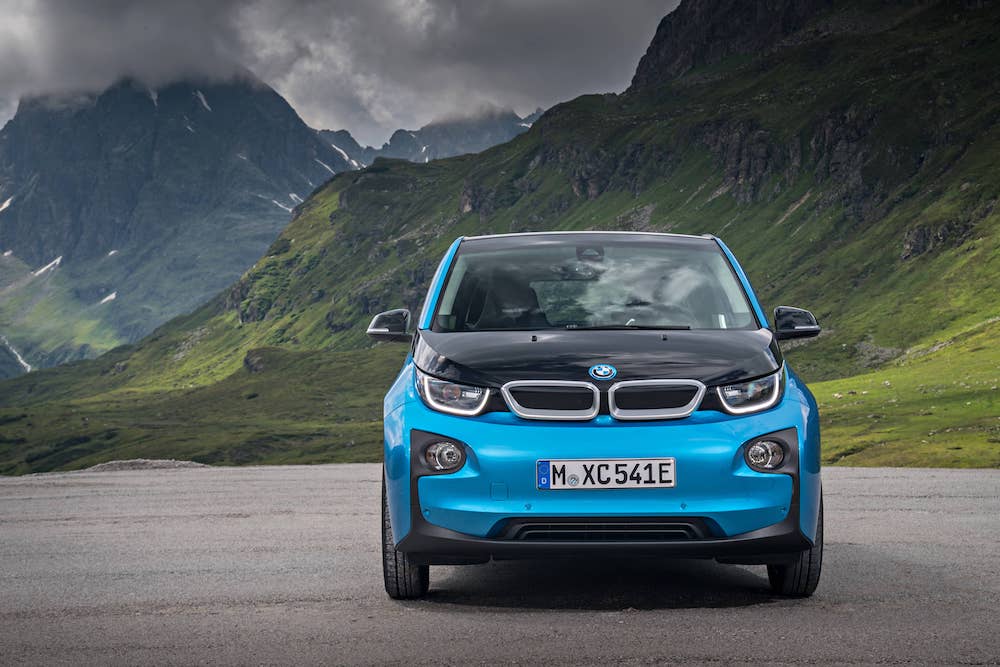 Bad news, people. The BMW i3 is dead. Long live the king.

After nine years and some 250,000 cars later, BMW has decided to stop producing its pioneering all-electric EV, the i3.

Now, the i3 was always destined to be a classic car of the future from the off. When it launched in 2013, it looked like nothing else. It was - and still is - incredibly advanced in terms of technology.

Most importantly, the i3 heralded the start of BMW’s “i” brand of electric vehicles, which is currently made up of the rather excellent i4, iX, and iX3.

The i3 showed the world that BMW was very serious about an electrified future, which is why it is an extremely important car in the BMW story and on a wider scale, the wider adoption of EVs globally. 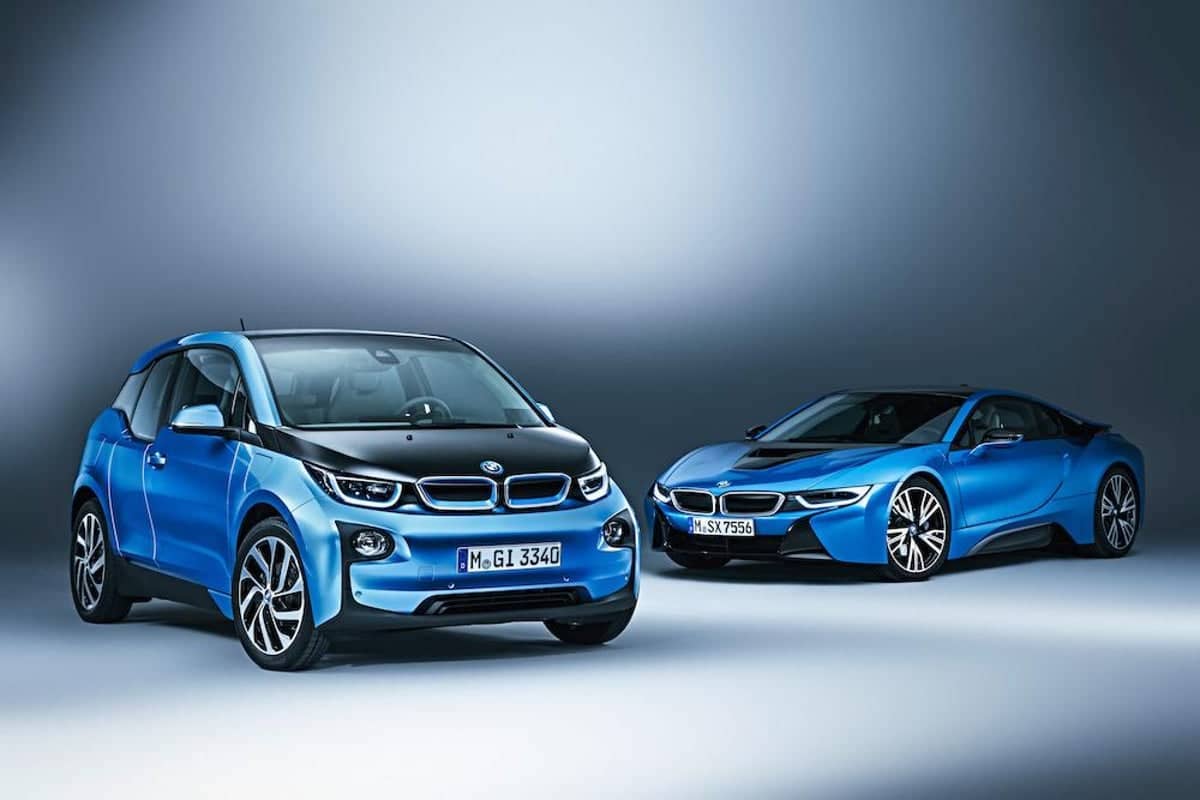 As of July this year, BMW will stop making the i3, and it is set to be replaced by the upcoming iX1 within the next few years. BMW hasn’t issued an official statement as to why.

Yet we suspect that it’s somewhat related to costs and aging - it is said that the i3 cost an eye-watering EUR 3,000,000,000 to develop. What’s more, almost a decade in car terms is a millennia, and there’s more than a kernel of truth in the observation that nothing shows a car’s age more than its architecture and infotainment system.

As it heads towards the final chapter of its life, let’s look at why the i3 will be considered an immediate classic when the last of BMW’s fully-electric hatchbacks rolls off the production line in a handful of months.

BMW i3 Was The First Fully-Electric BMW… Sort Of… 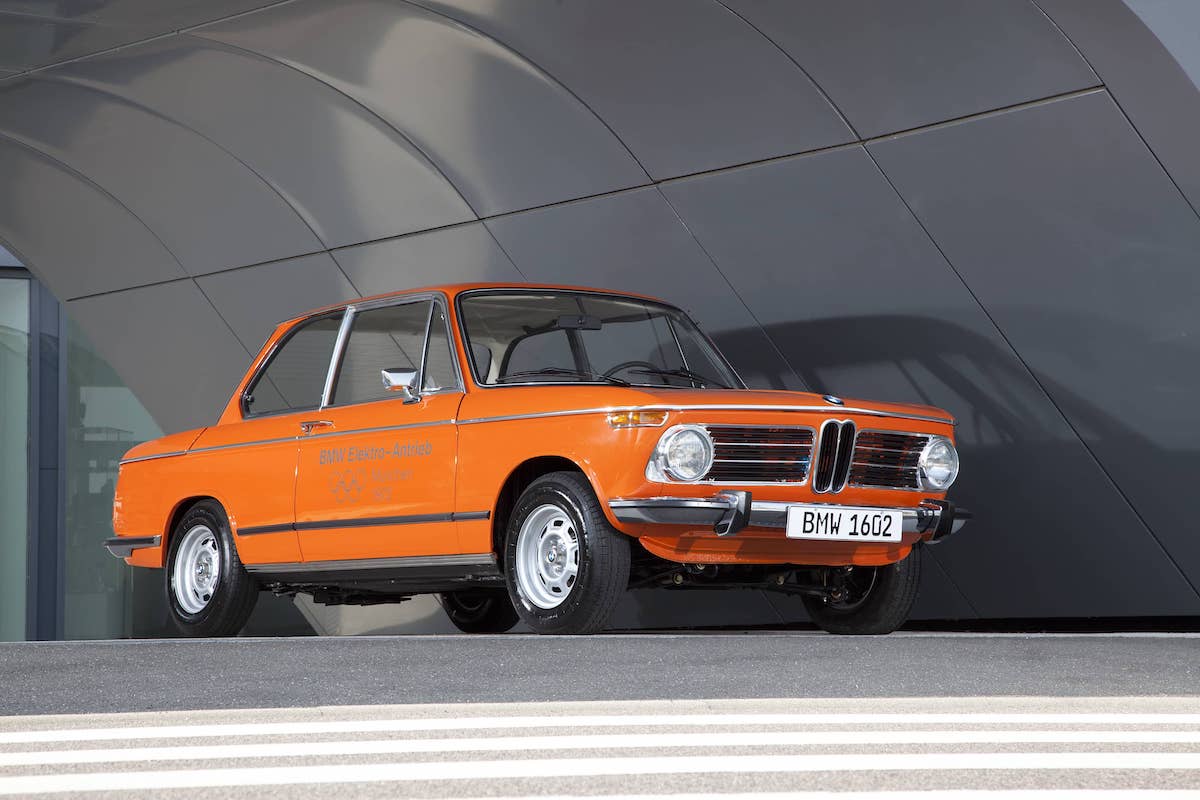 The BMW 1602 was the OG all-electric BMW - like the i3, it shocked the automotive world by demonstrating that a car could be both electric and desirable
© BMW Press Club

The i3 is credited with showing the automotive world that BMW was serious about electric cars, and that is 100% correct. When it launched, the i3 was the Bavarian carmaker’s flagship in terms of full-EV technology - electric motors, power electronics, and batteries. It was also BMW’s masterflex in aluminium and carbon fibre production. However, whilst it was the first “mainstream” BMW to be powered by the magic of electricity, it wasn’t the first. That accolade goes to the 1972 BMW 1602 Elektro-Antrieb. Only two of these electrified 1602s were made, and they were used as support vehicles for the 1972 Olympic Games in Munich. The 1602e had a 42bhp front-mounted electric motor, which drove the rear axle and produced a top speed of 100 kilometres per hour or 62mph. The car’s all important 12.5kWh battery weighed 350kg, and gave the first all-electric BMW a range of up to 37 miles; a figure which could give the modern day Honda e a serious headache.

Despite Being Almost a Decade Old, The Little BMW i3 Is Still Pretty Good 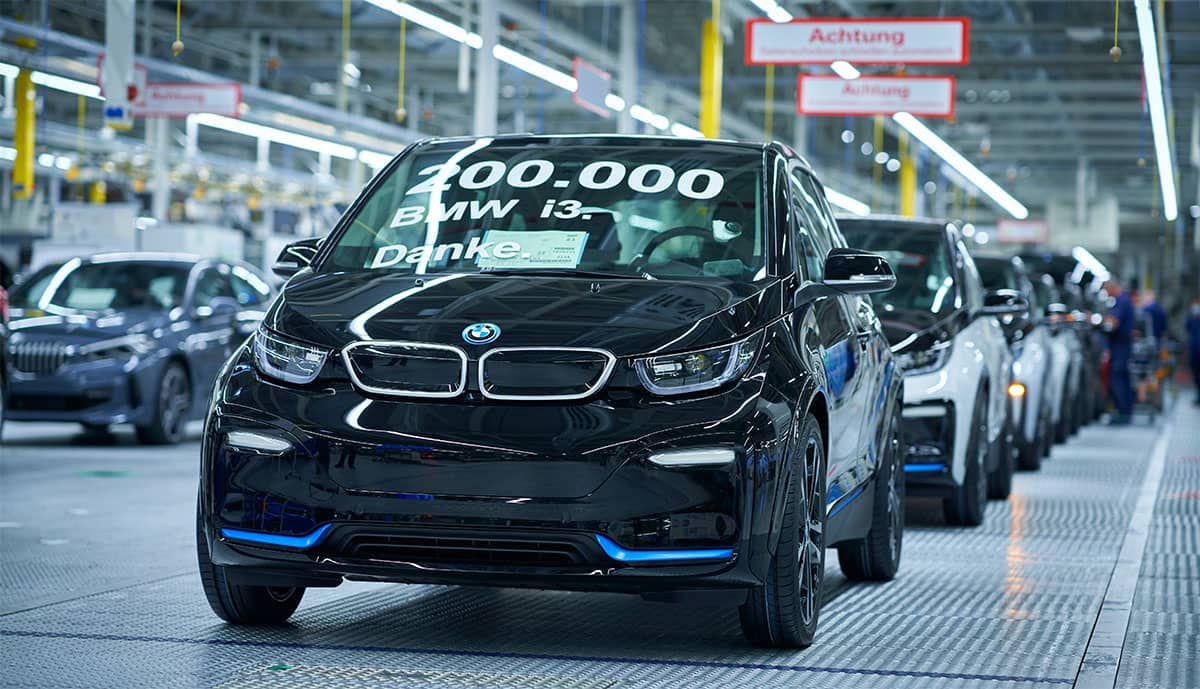 BMW predicts that it will have sold around 250,000 i3s by the time production ends this year
© BMW Press Club

From its debut up until now, BMW has sold around 220,000 i3s globally. When production ends in July 2022, it is estimated that this number will rise to 250,000. Throughout its life, the i3 has proven to be massively popular around the world, with buyers in the United States, Norway, and Germany ranking amongst its biggest adopters. Whilst it now shows its age against newer cars such as the Peugeot e208 - for example, it does not support Android Auto - the BMW i3 is still more than capable of going toe-to-toe with more contemporary rivals. According to Top Gear magazine, the little BMW “remains the best premium small EV out there.”

The BMW i3 Will Go Further That Some Much Newer EVs On One Charge *Hint, The Honda e* 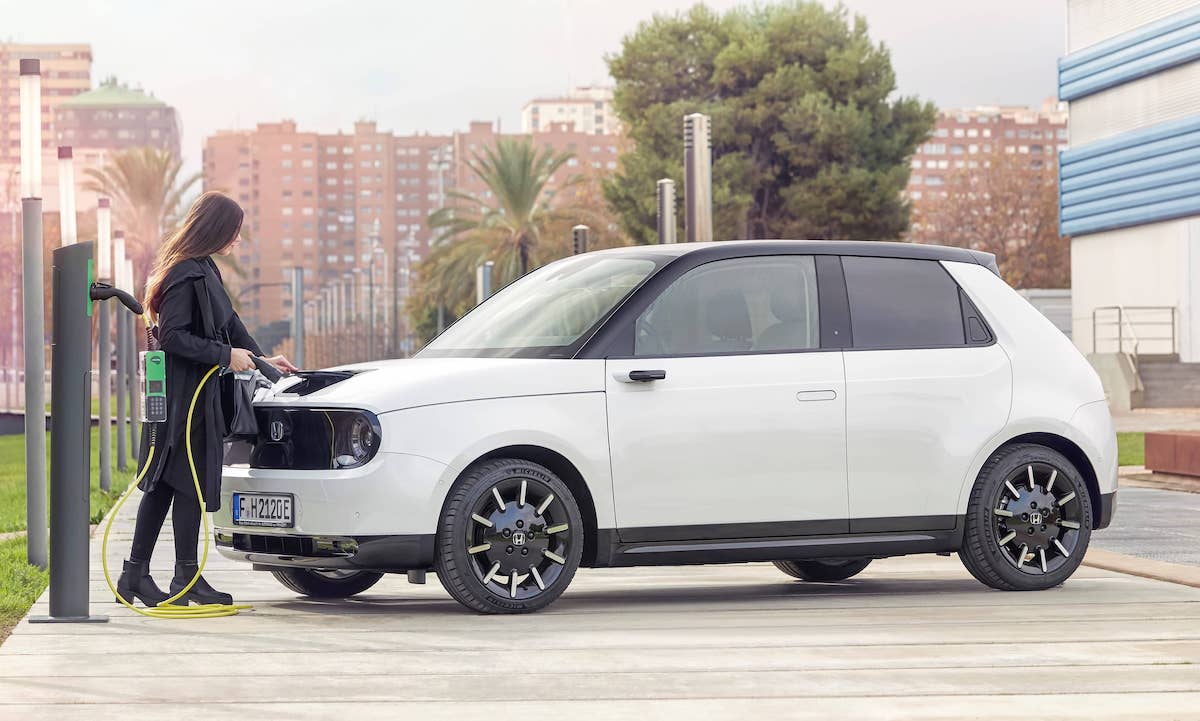 Despite leaving their home just 10 minutes ago, the person charging this Honda e has had to charge their car again
© UK Media Newsroom

In terms of looks, the Honda e is the poster boy for the small EV market. However, that’s about the only thing it’s good at. Honda alleges that the e will do 140 miles between charges. We lived with one for a week in 2020 and the real world range is around 120 miles if you don’t use navigation… or air conditioning… or more or less anything that makes your journey comfortable. The reality is that it’s around 100 miles, and in winter, it drops to around 70/80 miles. In short, the whole car is a tad pointless. Now, whilst the range of the i3 will not exactly be keeping the likes of Tesla or Polestar awake at night, later cars can still manage 153 miles on a single charge. Range Extender or “REX” models come fitted with a two-cylinder ICE motor, which kicks in when the battery drops below 5% charge and boosts range to 200 miles. Given EVs were far from the mainstream back in 2013, this is some serious forward thinking by The Clever People at BMW.

BMW’s Engineers Are Pretty Good, So The i3 Battery Will Last Way Beyond The Originally-Predicted 100,000 Mile Figure 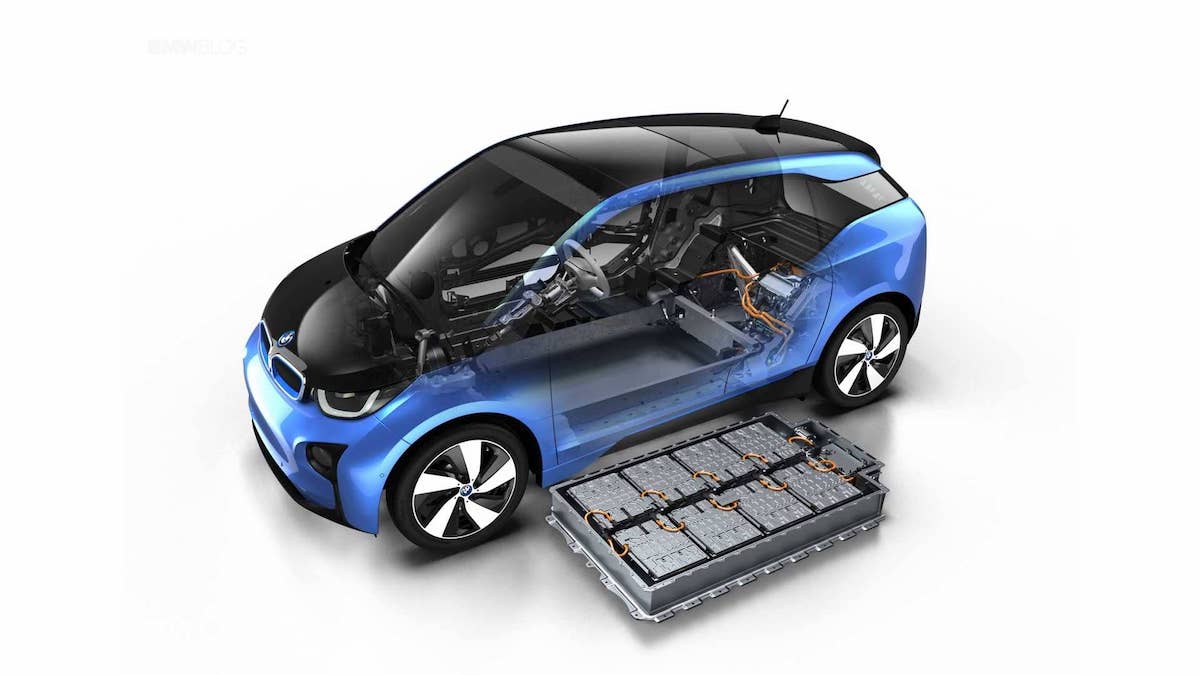 When the i3 first arrived, BMW predicted that its batteries would last for some 100,000 kilometres or around eight years. However, it turns out that BMW massively underestimated itself. A 2020 report by Automotive World stated that the stylish little EV will easily clock around 300,000 emission-free kilometers with any strain or its batteries or brake pads. As further advances are made when it comes to prolonging EV battery life, don’t be surprised to see plenty of i3s hitting 500k or more!

Talking Of BMW Brains, The i3 Is A Hugely Visionary - And Hugely Expensive - Piece Of Engineering 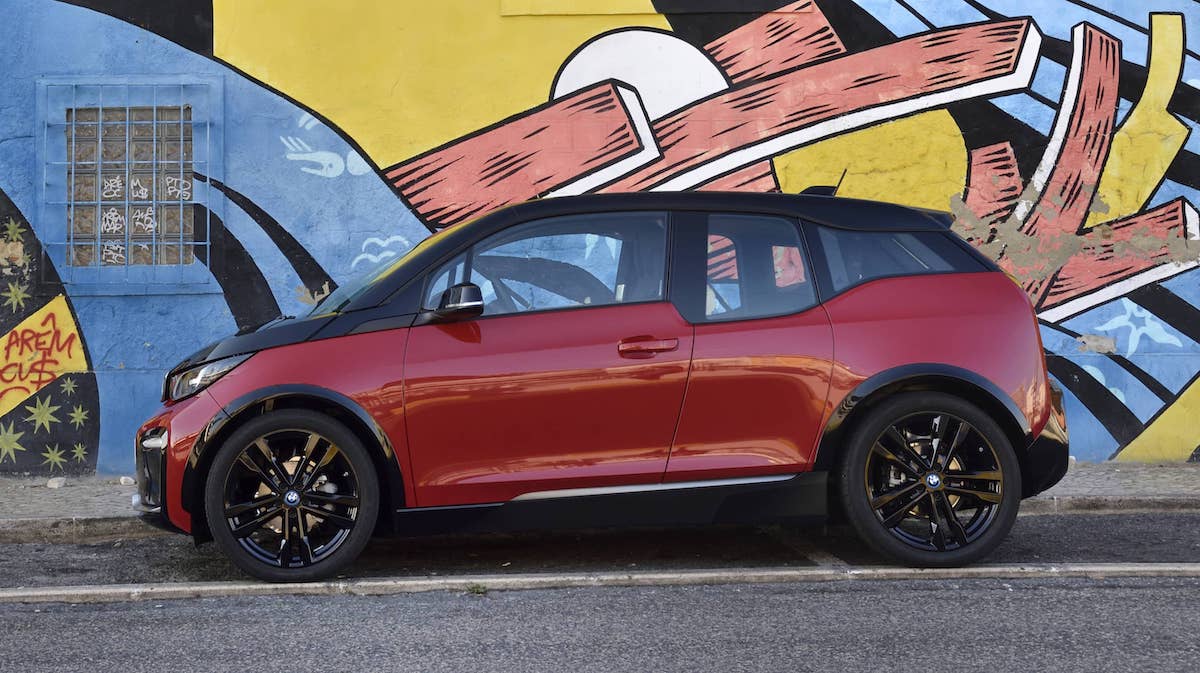 With its aluminium frame and CFRP body, the BMW i3 is a bespoke piece of engineering designed to keep weight down
© BMW Press Club

The BMW i3 cost a hefty EUR 3bn to develop, which ranks it alongside the Mercedes-Benz W124 S-Class, the Lexus LFA, the third-gen Range Rover, and er… the Opel/Vauxhall Vectra when it comes to the most cash spent by a manufacturer on R&D. Nonetheless, when looking at how cleverly the i3 is as a piece of engineering, these numbers start to make sense for a flagship product. In the name of keeping weight down to keep handling sharp, BMW created a bespoke aluminium frame for its chassis, and draped a body fashioned from carbon fibre-reinforced plastic over the top. To create this massively advanced automotive architecture, BMW constructed a special carbon fibre production factory in the United States to process the raw material, which was shipped over from Japan. Once processed, the carbon fibre parts were transported to BMW HQ in Bavaria, and then sent to the i3 plant in Leipzig. The only other car we can think of that had such a convoluted production process is the Cadillac Allanté. However, the Allanté was nothing like the i3 because it was rubbish.

Whilst Fully-Electric, Owners Report That The i3 Drives Like A “Proper” BMW 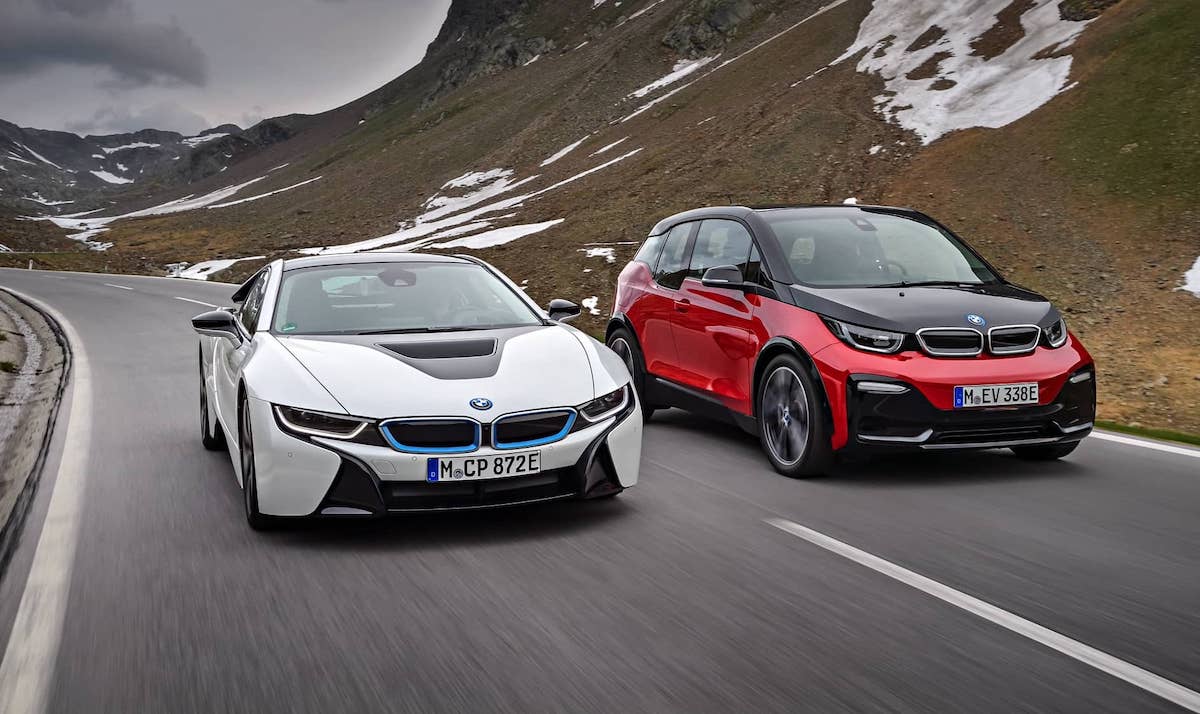 The BMW i3 has been praised by automotive journalists for its sharp handling, which makes it feel like a “real” BMW
© BMW Press Club

There is no doubt that EVs can seriously shift in a straight line thanks to the instant torque their batteries provide. Unfortunately, the extra weight from these batteries also makes some electric cars feel a bit… wobbly in the handling stakes. BMW has always made great driving cars, and its strapline as “The Ultimate Driving Machine” holds more than a kernel of truth. Happily for i3 owners, their car’s aluminium/carbon assembly makes it no exception to the BMW rule. The i3 will happily zip in-and-out of traffic with ease, and its rear-wheel drive configuration means you’ll get THAT trademark BMW feel; that’s the weighty steering and the perfectly balanced chassis that devotees of the brand love so much. What’s more, its lightweight construction means it’s light. Not “light for an EV”, it’s just light fullstop. To put things into context, an i3 weighs 1,195kg. Meanwhile the Honda e (sorry to bring it up again…) weighs in at 1,588kg, and the Volkswagen ID.3 lumbers in at just 35kg shy of two tonnes.

The BMW i3 Has A Big Fan In The Form Of The Late Brake Show Presenter, Jonny Smith 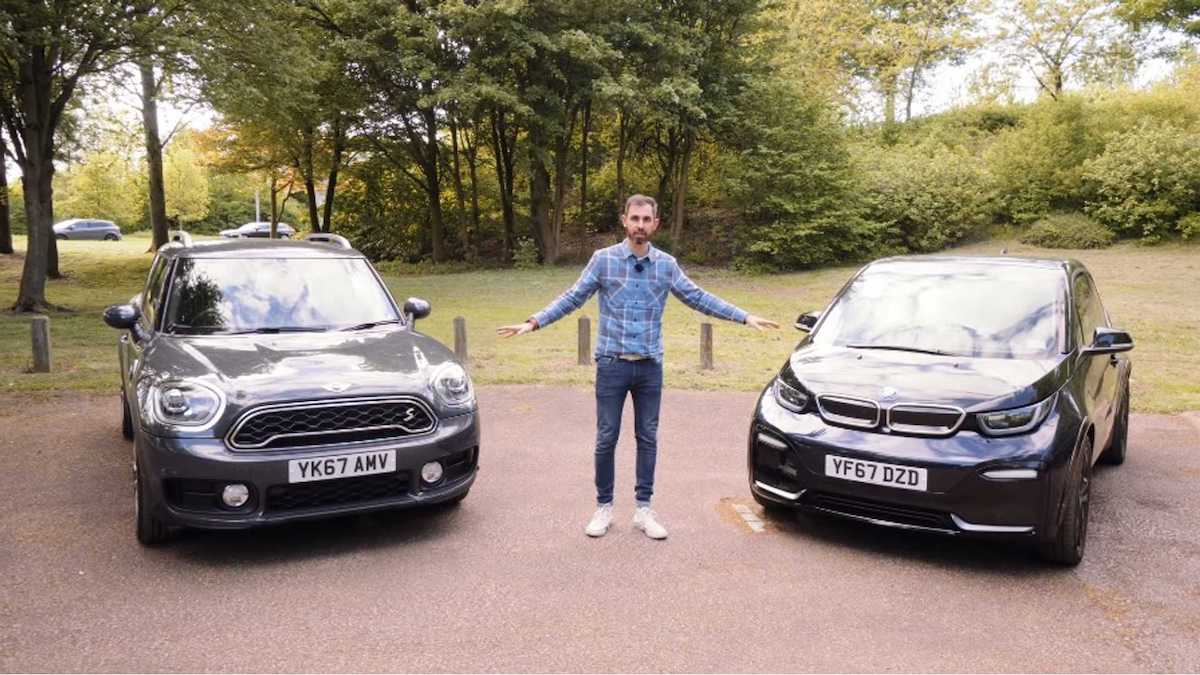 Way back in 2020, we interviewed Jonny Smith from The Late Brake show about EVs and hybrids he considers to be future classics. Unsurprisingly, he listed the BMW i3. Here’s what he had to say: “I know I've just mentioned it, but I think that in terms of a piece of design, the BMW i3 is the best EV out there - especially when you get inside. If you just take its interior alone and consider the quality of the materials that BMW used and how well made it is, I’m not joking when I say it easily puts £200,000 supercars to shame. In terms of making a bold statement, I also think BMW did a hell of a thing with the i3 - it threw everything they had at it and actually ended up losing money on it. I am absolutely sure that there will never, ever be another car like this. When people say "oh, it's £36,000 and that's quite expensive," I always reply "dude, it's built like a McLaren except it's built well and a McLaren costs about four times more. With the i3, you're also getting a full carbon fibre EV which is an amazing little car. Trust me, it is not expensive." The i3 fully deserves to be on this list because I truly believe it's a piece of history we will not see again in our lifetime. The best thing is, is that you can get one in the UK for around £12 or £13k now.” 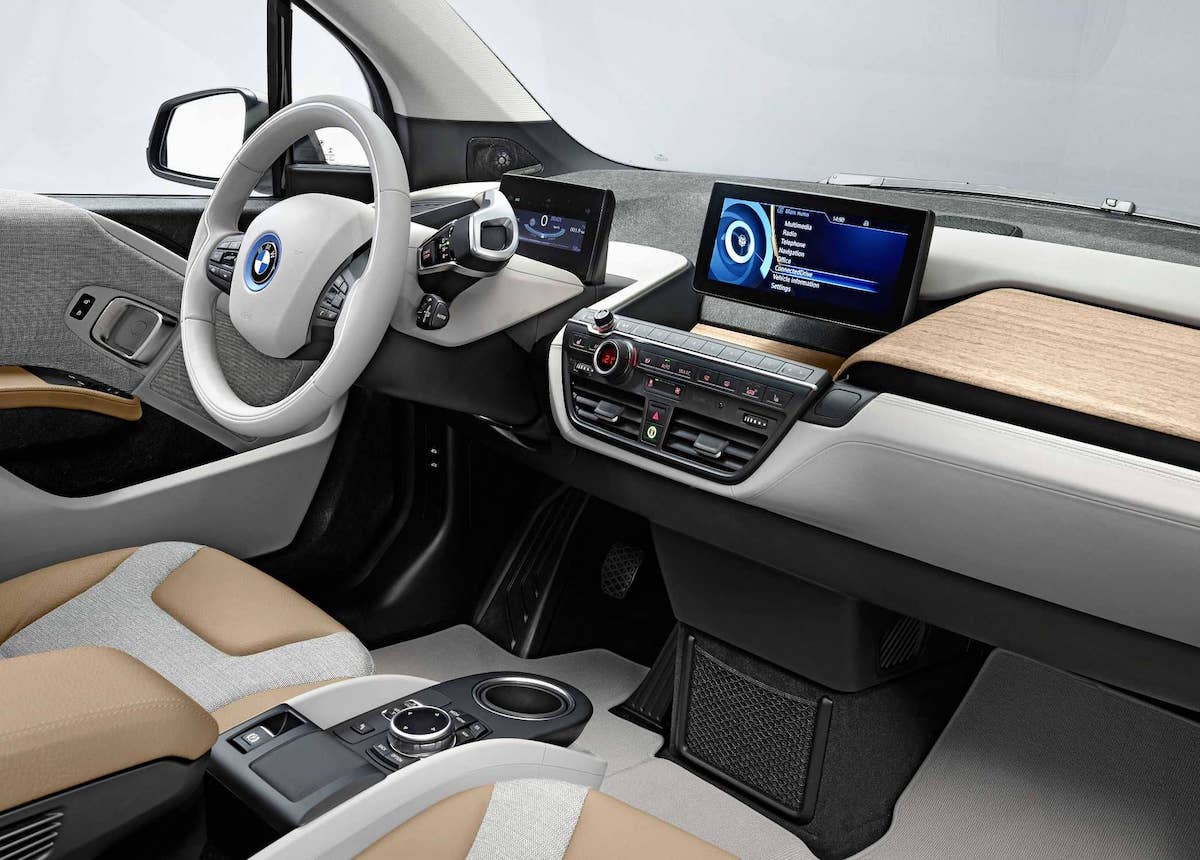 High quality-yet-super sustainable, it’s no wonder that the BMW i3 has won multiple awards for design and sustainability
© BMW Press Club

Yes, yes, we can’t argue - the term “vegan motoring” sounds somewhat of a misnomer. However, BMW pioneered the term and proved it could indeed be achieved. The i3 is 95% recyclable when it reaches the end of its life. BMW also prides itself on the fact that its carbon fibre panels are produced in a factory which runs on 100% hydro-electric power, and the i3 factory in Leipzig is powered by four on-site wind turbines. Thanks to its mindful construction method and stunning vegan interior, the i3 won the World Car Design of The Year and World Green Car of The Year awards in 2014.

Ultimately, the BMW i3 Was A Technical Trailblazer That Showed Even The Biggest Petrolhead That EVs Could Be Cool 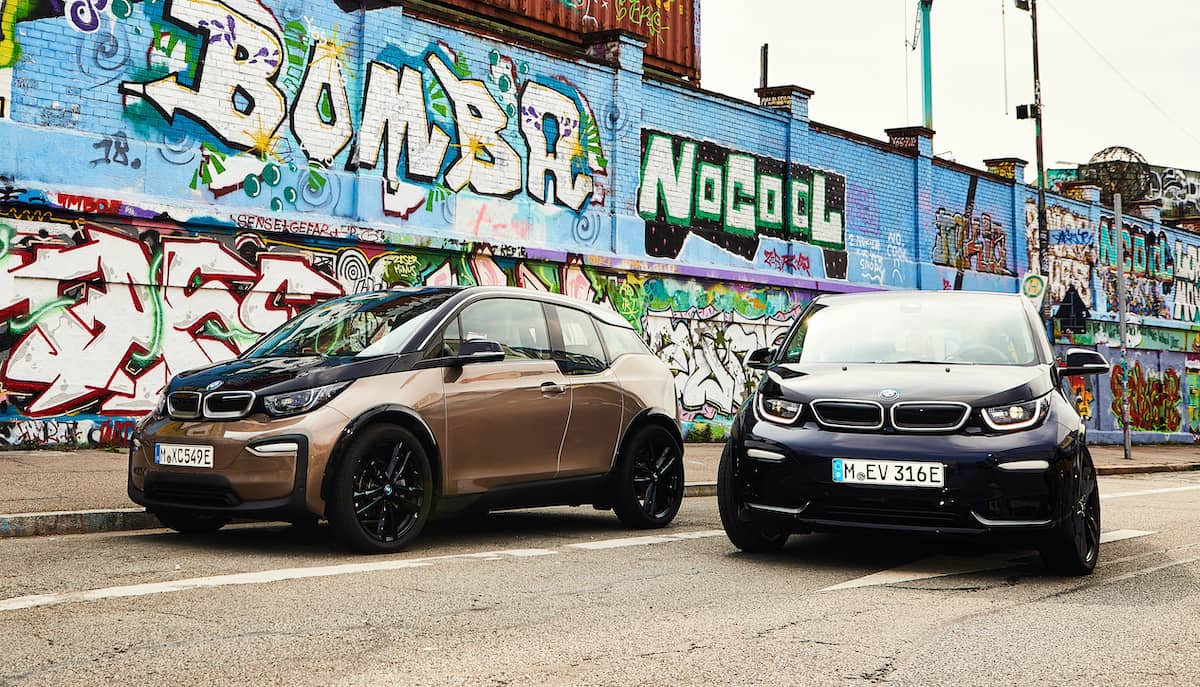 That’s everything about the BMW i3. We’ll certainly miss it. Thanks to the forward-thinking philosophy behind it, its green tech construction, and the fact it drives like any ICE-powered BMW, it showed the world that a full EV need not compromise on design or vehicle dynamics. If you want to buy or lease one of the most important cars in the development and adoption of EVs, we’d suggest you do so sooner than later. Prices will increase.

Will you miss the BMW i3? Tell us your opinion in the comments section below! What’s more, if you are interested in buying a BMW i3, click here to browse our full range of EVs and hybrids for sale on Dyler.com.