Lockdown Beaters: An Audi RS6 and Four Other Modern Classic Cars For Less Than 20k!

When COVID-19 first took its hold, the forecast for the classic car market was largely doom and gloom.

Experts predicted that the classic car market would tank due to a lack of consumer interest and financial constraints. As we’re seeing with the current U.S. election, exactly the opposite happened.

Faced with questions of mortality, extra time, and in some cases, more money in the bank, classic car enthusiasts flipped two fingers to COVID-19. They went out and bought the cars they’d always wanted.

As the number of COVID-19 cases spikes, it looks as if Europe’s governments are preparing for a second lockdown. Based on previous behaviour, there is no reason to believe that the classic car market will be dramatically affected.

With that in mind, Dyler.com has found five modern classic lockdown beaters for under EUR 20,000. Even better, you can still use them as daily drivers.

After all, there are no restrictions against going for a drive, right? 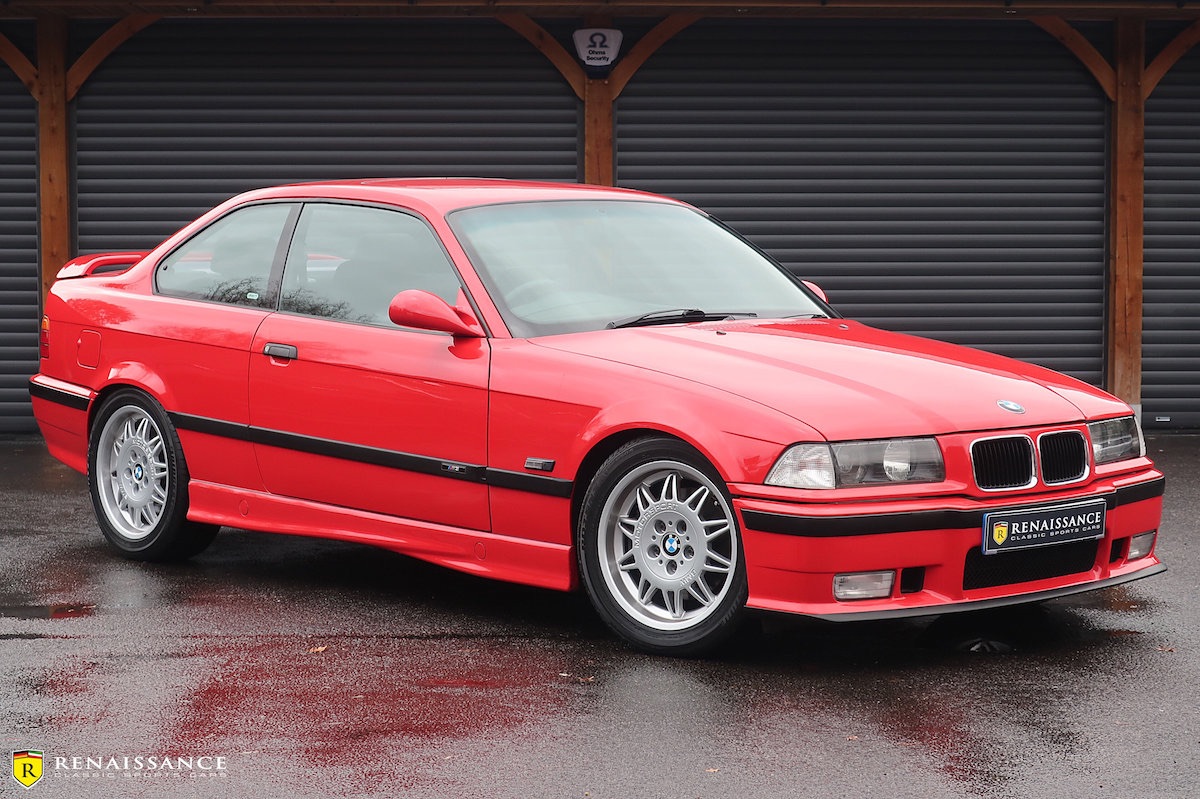 The middle sibling of the BMW M3 family, the E36 is a relative bargain if you’re in the market for an M3
© Renaissance Classic Sports Cars

In terms of all-time-great BMW M3s, the E36 sits between the much-loved E46 and the original E30. As the middle child in the M3 family, it’s often overlooked. However, this makes it a relative bargain. Produced from 1992 to 1999, the E36 was the first M3 to be offered as a four-door saloon. It was also the first M3 to be fitted with BMW’s now-legendary 3.0-litre, straight-six S50 motor. The engine in question produced 286bhp, and an upgrade in late 1995 saw power boosted to 316bhp. In terms of looks, the E36 was the first M3 to be offered in a series of bespoke colours such as Dakar Yellow, Estoril Blue, and Daytona Red such as the one you see here. Like all M3s, the E36 is a great car to drive despite early models being almost 30 years old now. It is worth noting that it’s worth spending upwards of EUR 15,000 for a good one, as cheaper models will have most likely have been modded aesthetically and mechanically. 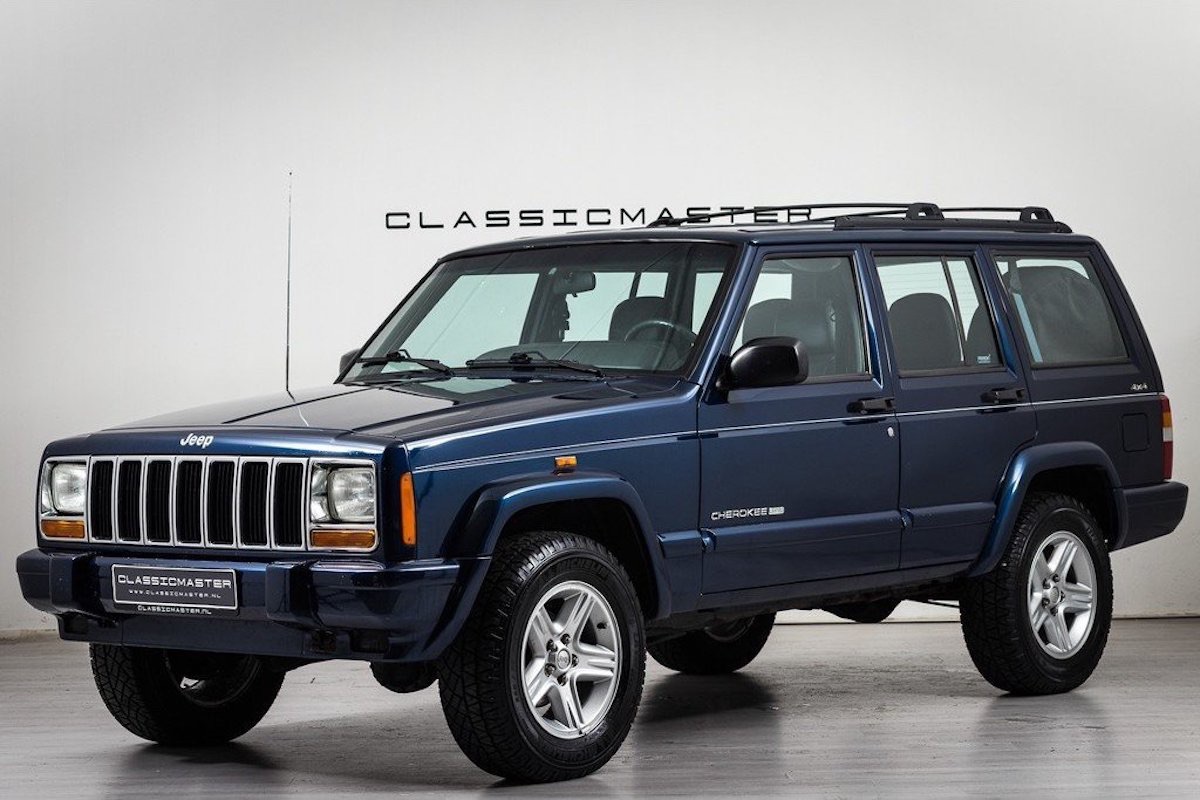 The Jeep Cherokee is just as capable as a period Land Rover Discovery off-road, but the US car comes loaded with a more standard kit than its British rival
© Classicmaster

Amongst the performance machinery on this list, the Jeep Cherokee may look like an odd entry. However, in recent years, the all-conquering, boxy Jeep SUV has gained a cult following. When it first launched in the mid-1980s, the Cherokee was pretty much the first luxurious-yet-capable SUV for the masses. It could go toe-to-toe with the class-leading Land Rover Discovery and the Isuzu Trooper off-road. However, it undercut its rivals massively in terms of value. The top-end Limited spec just like the one here came with power steering, alloy wheels, anti-lock brakes, remote central locking, six speakers, air conditioning, cruise control, and an automatic transmission as standard. Leather trim was a reasonable £1000 option. Don’t expect a Cherokee to be cheap or economical to run, though. Diesel models will return a moderate 30mpg. Meanwhile, the 4.0-petrol has a tremendous thirst with its eye-popping 20mpg. As Cherokees are gaining a reputation as a modern classic, prices are climbing. Don’t expect costs for this massively capable, luxurious SUV to remain low for long. 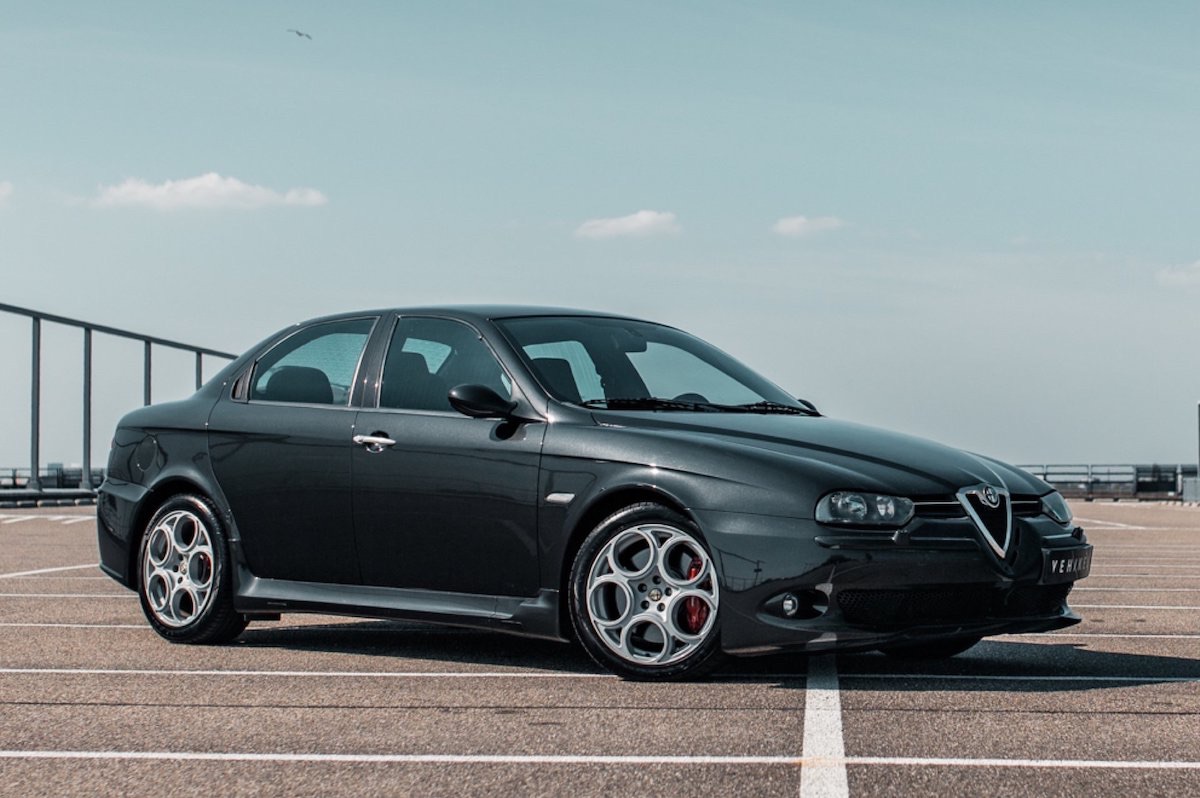 The Alfa Romeo 156 GTA’s biggest advantage over its rivals was the sonorous, 3.2-litre V6 under the hood
© Vehikel Sports Cars

The early 2000s were a great time for fast, mid-sized saloons and coupes. We had the Audi S4, BMW M3 E46, Mercedes-Benz C32 AMG, and this, the Alfa Romeo 156 GTA. Despite launching in 1997, the 156 GTA left as quick as it arrived. It was introduced in 2001 and went out of production four years later. It wasn’t as good to drive an M3 or an RS 4 - the steering was go-kart sharp, the suspension too firm, and the big alloys often made for a crashy ride. However, the Alfa Romeo had much more charisma than the German cars. Like the GT-V6 that came before it, the 156 GTA’s party piece was its howling, 3.2-litre, 250bhp V6 engine, which propelled the 156 to 150mph in 6.5 seconds. In typical Alfa Romeo fashion, the design of the GTA’s interior also made it a special place to be. Alongside the 1,973 saloons produced, Alfa Romeo made 1,678 wagon versions of its hot 156. Is it more desirable than an M3? We’ll leave you to decide that... 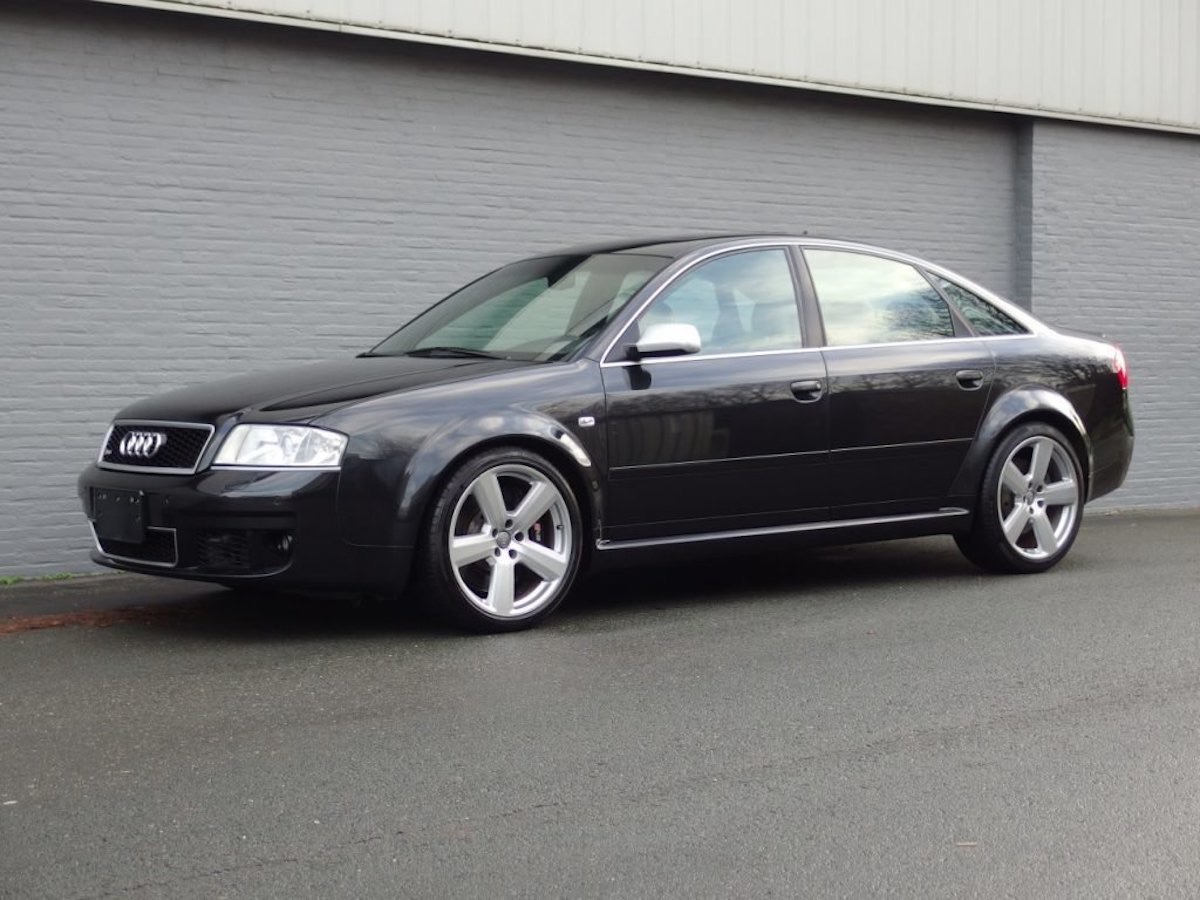 The Audi RS6 launched in 2002, and was the fourth car to be produced by the Ingolstadt carmaker’s performance quattro branch. The first-generation of Audi’s super saloon was - aesthetically at least - a very subtle thing. In fact, from a distant and through squinted eyes, it’d be pretty difficult to tell the difference between the standard Audi A6 and the RS version. Under the hood though, the two cars were a world apart. Under the hood, the RS 6 is powered by Audi’s thunderous 4.2-litre, Biturbo V8, which is mated to the company’s legendary permanent all-wheel-drive quattro system. Despite all of this power, the RS 6 is just as comfortable cruising a motorway as it is blasting surefootedly around a B road. Almost 20 years on, Audi is still making the RS 6. The latest version is a Ferrari-shaming, twin-turbo powerhouse of performance, comfort, and grip. Lots and lots of grip. This first-generation car though? It costs less than a brand new, mid-range Ford Focus. It’s also the first in the RS 6 family, and given the first in a landmark family of cars tends to gain classic status, prices will almost certainly rise in the very near future. 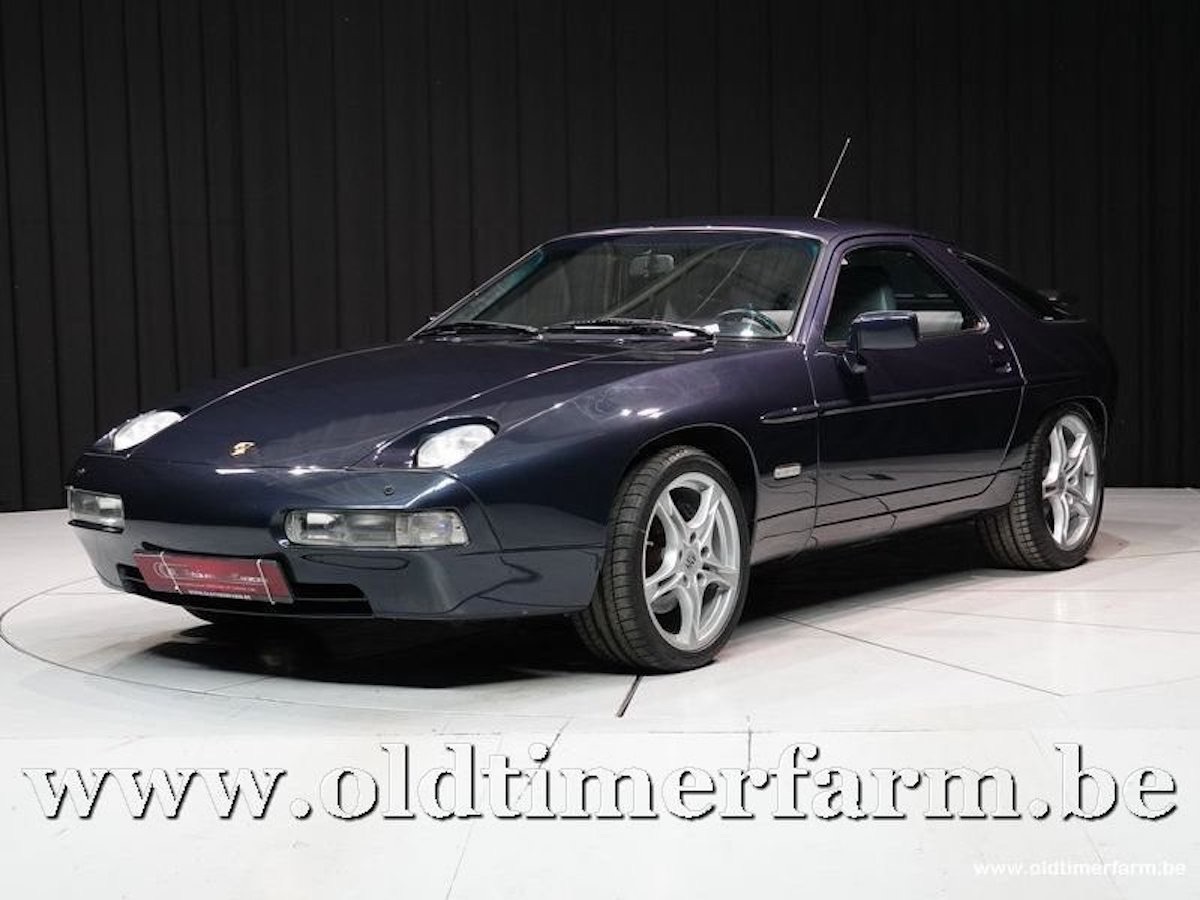 It now sounds cruel and unusual, but Porsche originally developed the 928 as a replacement for its iconic 911. When in production from 1978 to 1995, the 928 was relatively unloved. The idea of combining luxury sedan levels of refinement and comfort along the power and handling of a sports seemed an alien concept to purists. However, those who knew, knew. The 928 was the first Porsche to have a front-mounted V8, which sent its power through the rear wheels. As a result, the handling was far less scary than period 911s. In-keeping with Porsche’s tradition of pushing technological boundaries for performance, the 928’s doors, front wings, front fenders and bonnet were made of aluminium to keep weight down. The S4 model here was powered by a 5.0-litre V8 that produced 396bhp, thus making it the first proper GT Porsche and arguably the spiritual predecessor to the modern-day Panamera despite having two seats less. Over the last decade or so, the 928 has finally started receiving the praise it deserves. In fact, Porsche is even considering reviving the model in the not-too-distant future. For now though, that’s just talk and the only Porsche 928 available is the original one. At the time of writing, prices for a decent 928 start at around the £16,000 mark and in the unlikely event of it going wrong, there is plenty of information and parts available from Porsche’s official website.