Each model has a name of its own. Some names help to make a car manufacturer famous, but some of them become a source of shame to the entire company.

Some carmakers, admiring the footprint left by a particular model, decide to take a risk and resurrect the name of a valuable car. Unfortunately, not all rises from the ashes could be viewed positively as they have nothing to do with the history and achievements of the targeted model.

Let's look at 10 models that have been named in honour of the cars that have become legends. Do they have anything to do with old cars? Why did manufacturers choose such names?

Aston Martin is one of those companies that doesn't like innovation. It is a manufacturer that is strongly committed to tradition. Therefore, it is no surprise that they use the old names for new models, which remind older car users of completely different type of wheels. A great example is the Aston Martin V8 Vantage.

When hearing this name, the next generation of enthusiasts immediately thinks of the compact, British analogue of the Porsche 911. Meanwhile, older car users should remember the sleek and extravagant 2 + 2 coupe with a 550 hp, 5.3-litre, 8-cylinder petrol engine.

Completely different cars, but this is certainly not one of the shameful examples of the automotive industry. Why? You will understand by looking at another example. 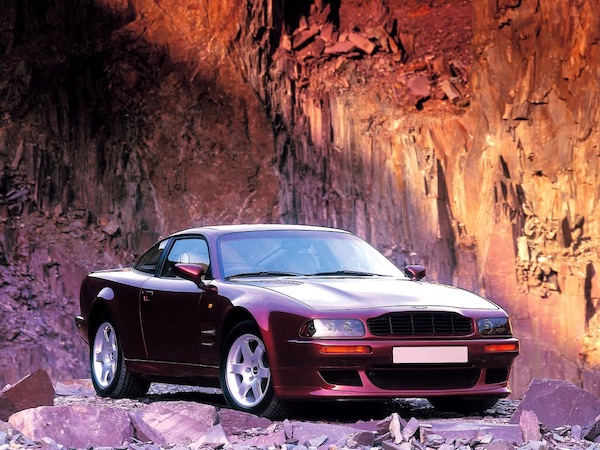 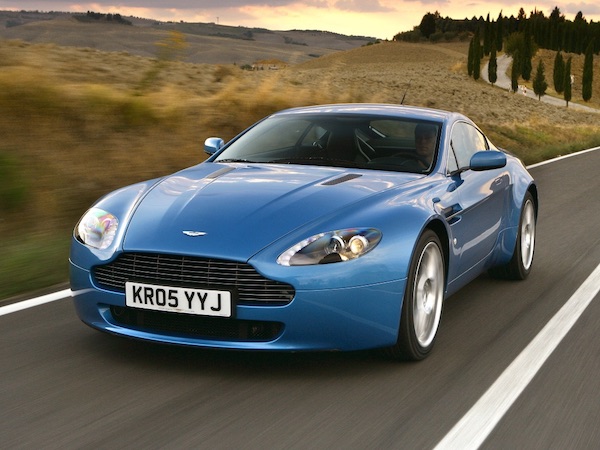 Anyone and I mean anyone who hears the roaring of Audi S1 would immediately say that this is a fire-rallying car, and they would be absolutely right.

The Audi S1 was named after a car that drove at incredible speeds on the WRC. Meanwhile, the new Audi S1 has nothing to do with the rally car. It's a compact four-door hatchback with minimal resemblances to sportiness. It’s a product of the marketing department in all its beauty. 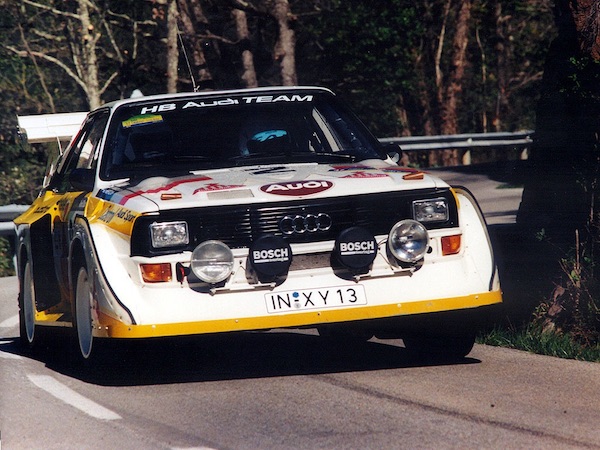 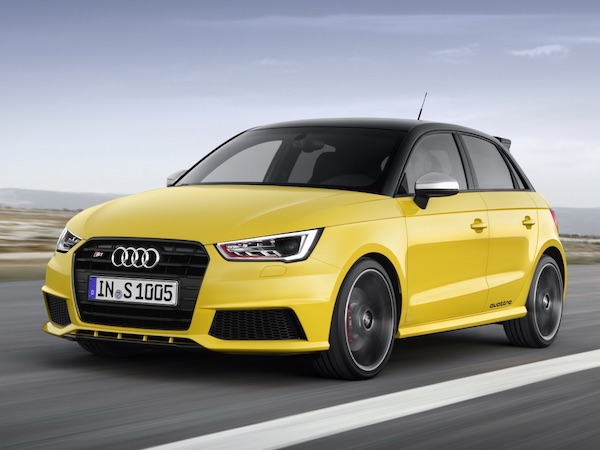 If you opened a BMW history book, you would see a very interesting coincidence.

The BMW 328's name was once worn by an aerodynamic, elegant convertible. It was then considered a purebred sports car.

Fast-forward a few decades, and we would see that every generation of the BMW 3 Series had a 328 markup that had absolutely nothing to do with the model once enjoyed by the upper class. 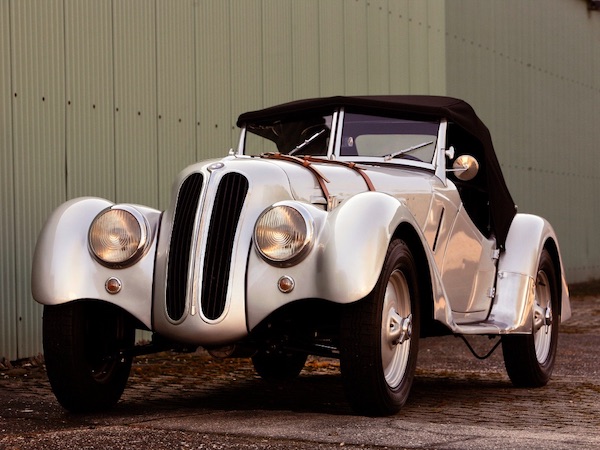 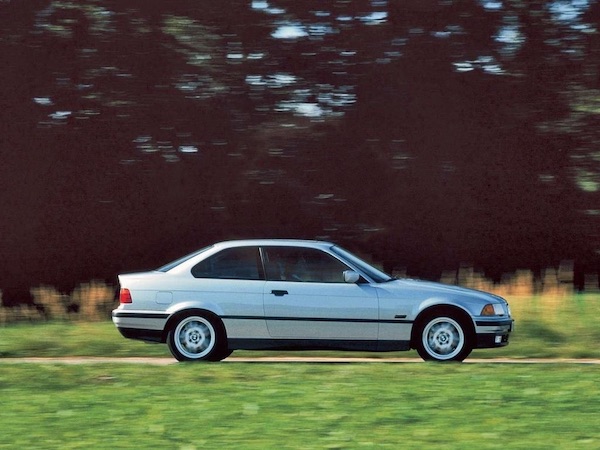 Dodge, like many American brands, was beloved by working-class drivers. They were affordable, powerful and good looking. So when Dodge added an attractive, Ford Mustang-like coupe to its model range in 1966, fans of the brand went off.

Meanwhile, the modern Dodge Charger has only one thing in common with its ancestor - the terribly powerful 8-cylinder engine, which is probably the only feature that makes the modern Charger interesting. 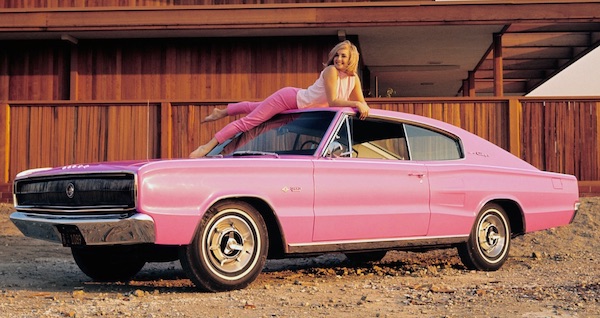 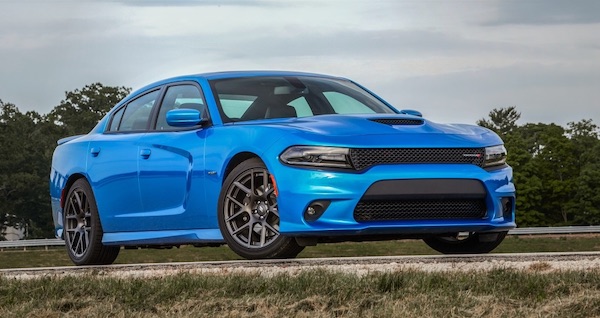 Racecar = the world's most beautiful grey diesel. Do you see the difference? An original 159 model was designed to conquer Formula 1 tracks, and to your surprise, it did just that assuredly, especially with Juan Manuel Fangio at the forefront.

A few decades later, in 2004, the beloved manufacturer introduced the long-awaited Alfa Romeo 156 replacement, the Alfa Romeo 159. A front-wheel-drive, heavy, but very attractive car that has unfortunately not been given a chance to show off its racing abilities on the track. 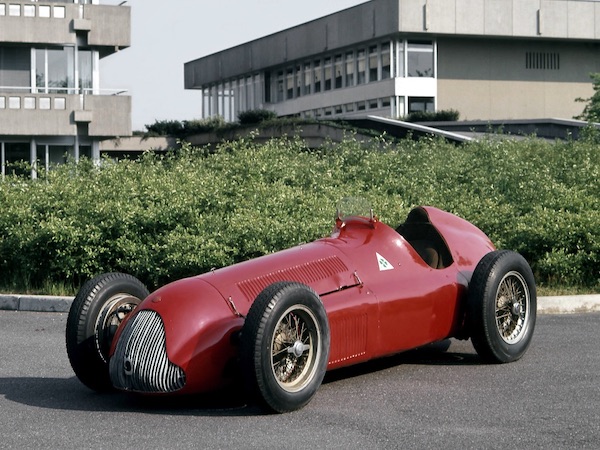 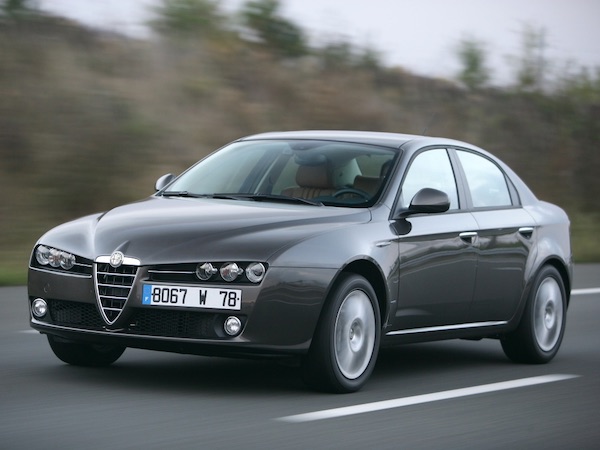 Compact hatchback or four-wheel-drive SUV? Two very different types of cars. And neither of them has anything to do with the genre of music.

These days, many associate the name Jazz with an extremely interesting hatchback, but this has not always been the case.

Several decades ago, a small but cute hatchback appeared in the Honda model range. However, the following interpretation of Jazz was the exact opposite.

Honda decided to shake hands with General Motors, who had the Opel Frontera in their arsenal. Do you already feel the direction we are going?

The Honda Jazz, or simply the Japanese Opel Frontera, was produced between 1993 and 1996. 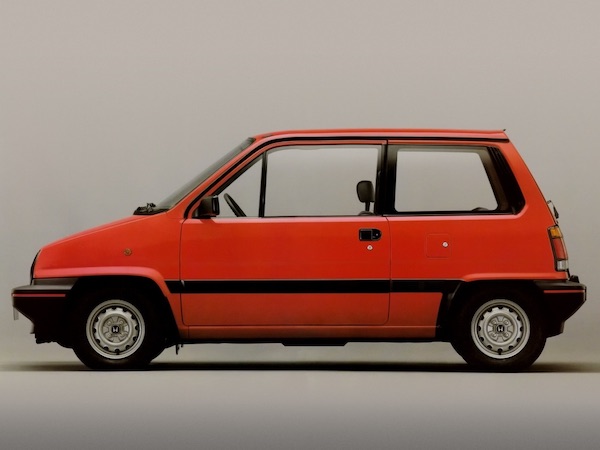 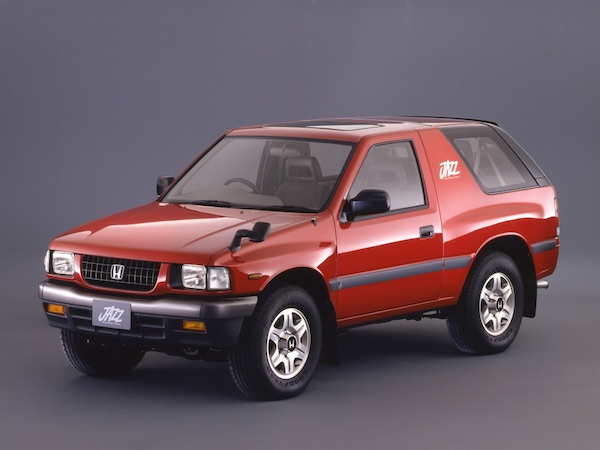 Maserati, like many other Italian brands, very rarely fell into the hands of knowledgeable executives. And it can be perfectly seen in the evolution of the Maserati brand.

Here is the famous Maserati Ghibli, which was born in a different form and different decade each time.

The first generation of the Ghibli was a two-door, comfortable GT-type coupe. Meanwhile, Ghibli's latest interpretation is trying to convince everyone that it is better than the 5 Series BMW. 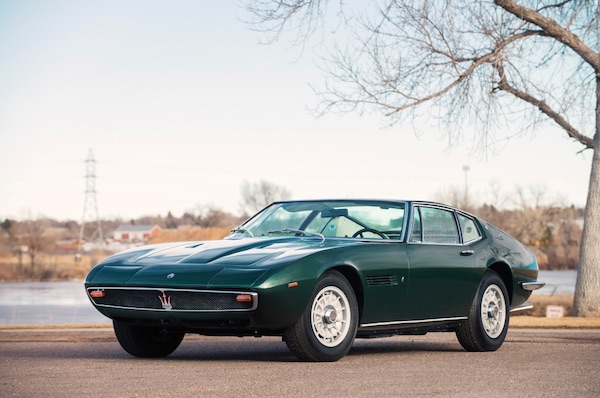 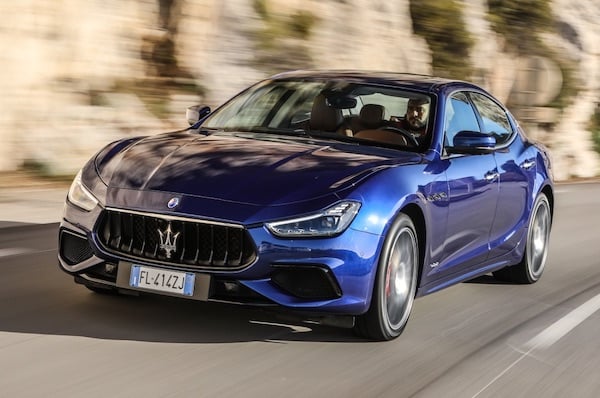 The icon. The legend. The example of a good ride. It was just like the original Mercedes-Benz 190 SL - an elegant convertible of stunning beauty that increased in value a dozen times over the decades.

So we find it very difficult to understand why Mercedes-Benz decided to use the name of a two-seater convertible when designing the cheapest, most compact sedan in the company. 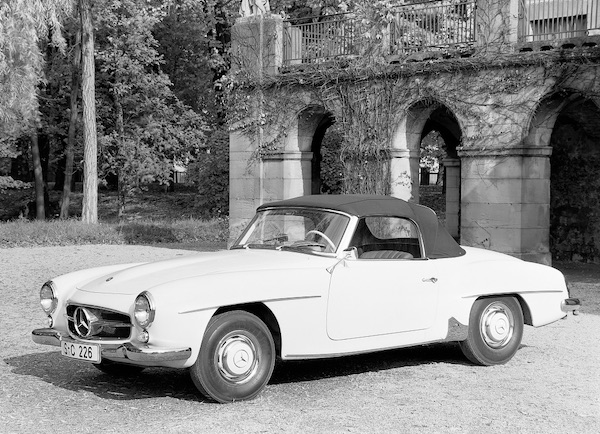 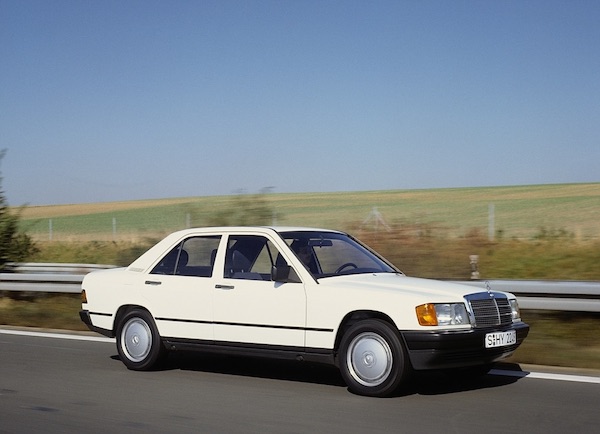 Sometimes, but only sometimes, we do not understand some car manufacturers. They are well aware of the tastes and desires of Europeans, but they still choose to attack them with models like Ford Fusion. More expensive than the Fiesta, scarier than some TV shows.

On the other hand, across the Atlantic, Ford used this name on a reasonably good-looking mid-size sedan that was even offered with a V6 engine at one time. 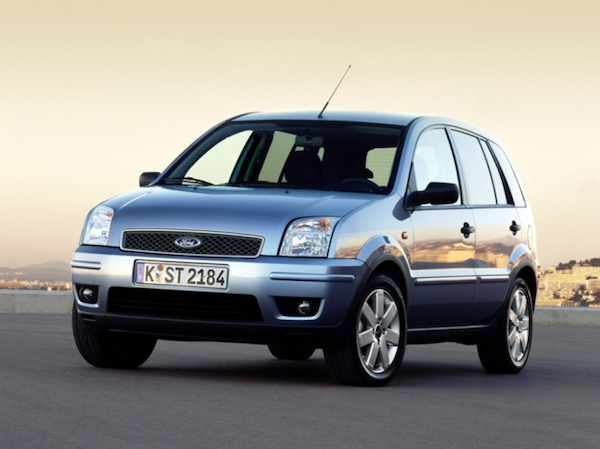 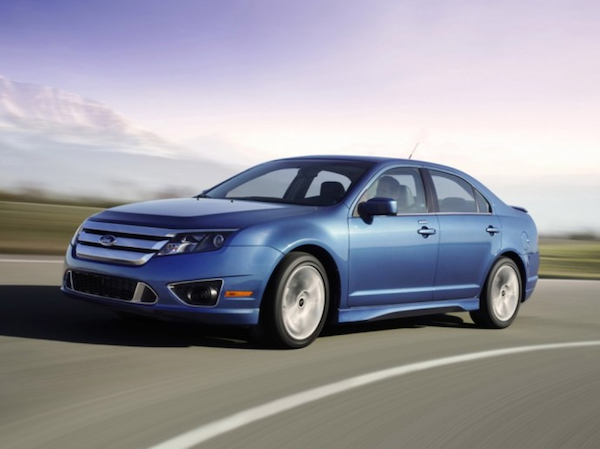 Mitsubishi Space Star - hold on, don't yawn yet. We are well aware of the emotions it gives you, but this particular model should show you where Mitsubishi went wrong.

Once upon a time, the car that had Space Star name tried to become a Japanese alternative to the Renault Scenic. And that's a very noble goal because we can't imagine a world without reliable Japanese cars.

Meanwhile, the range of modern Mitsubishi models only brings tremendous sadness. Forget the thunderous EVO sedan, the sleek Eclipse or even the comfy Galant wagon. For crying out loud, the letters of Space Star than once decorated a one-litre now belongs to the budget hatchback. Why? It turns out that this hatchback was named after the Space Star because of its classy interior. Wow! 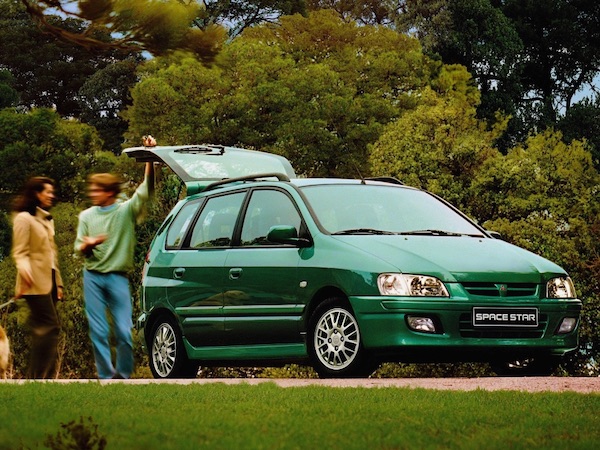 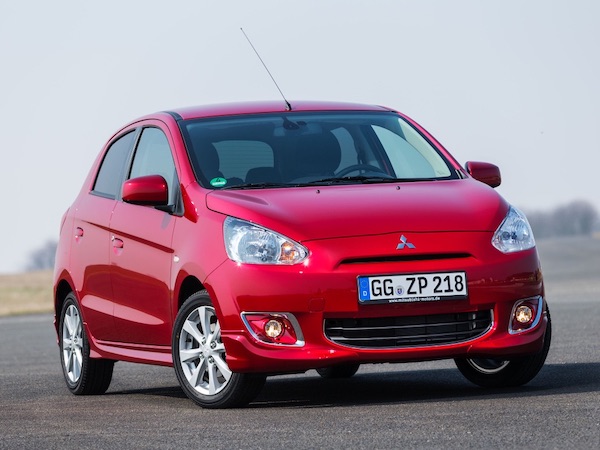