SPOILER ALERT! We love classic cars, especially classic wagons. You can understand then why earlier this week, we were very excited at the arrival of a one-off Rolls-Royce Silver Shadow Estate Wagon to our website.

This got us thinking - we haven’t yet written a This Week in Cars feature about some of our favourite modern classic wagons for sale on Dyler.com.

So, here you have it - this week is all about some of our favourite wagons from the last 25 years or so!

What do you think? Do you agree, or have we missed something out?

Head to Dyler.com to look through our listings, and let us know what you think via email, Facebook, or Instagram! 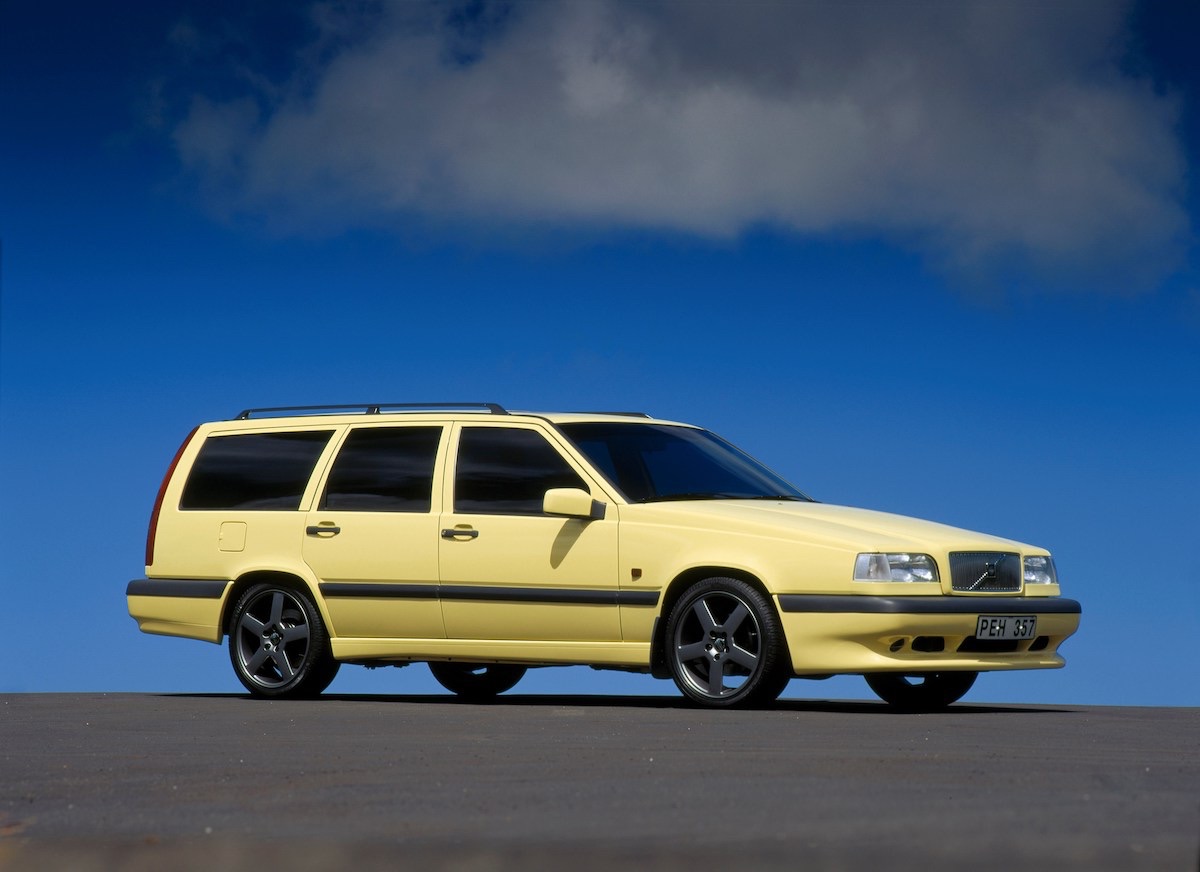 If you’re a Volvo lover of a certain age, it’s almost inevitable that the T5-R will still tug at your heartstrings
© Volvo Cars Media

The Volvo 850 T-5R was a limited edition performance version of Volvo’s dependable and sensible 850 compact executive car. The 850 T5-R was powered by the same five-cylinder turbocharged motor as the turbocharged version of the 850. With some help from Porsche, the boffins at Volvo’s performance division (now Polestar) gave the transverse-mounted, 2.4-litre turbocharged engine an extra 2 psi of boost to produce 243bhp. Volvo also lowered the 850 T5-R’s ride height, added a front bumper with a lip, a rear spoiler, side skirts, and aluminium door sills. Inside, the car had bespoke graphite leather and alcantara seats. However, the car still had all of the standard safety features synonymous with the Volvo logo including driver, passenger, and seat-mounted side, airbags, the structural Side Impact Protection System, and self-adjusting front seatbelts. With a 0-60 time of six seconds and an electronically-limited top speed of 152mph, the T5-R won the hearts of sleeper car enthusiasts the world over - after all, it was a traditionally safe Volvo that was BMW fast, but it’s understated, aggressive styling meant you wouldn’t get in trouble with the police for sporty driving. Only 6,964 T5-Rs were produced worldwide, so there aren’t many of them around. They are shooting up in value thanks to their exclusivity - in 2014, it was possible to buy one for around the £7.5k mark. Now you’ll have to pay at least double that for starters. If you’ve got this far, just do yourself a favour and buy it, okay? 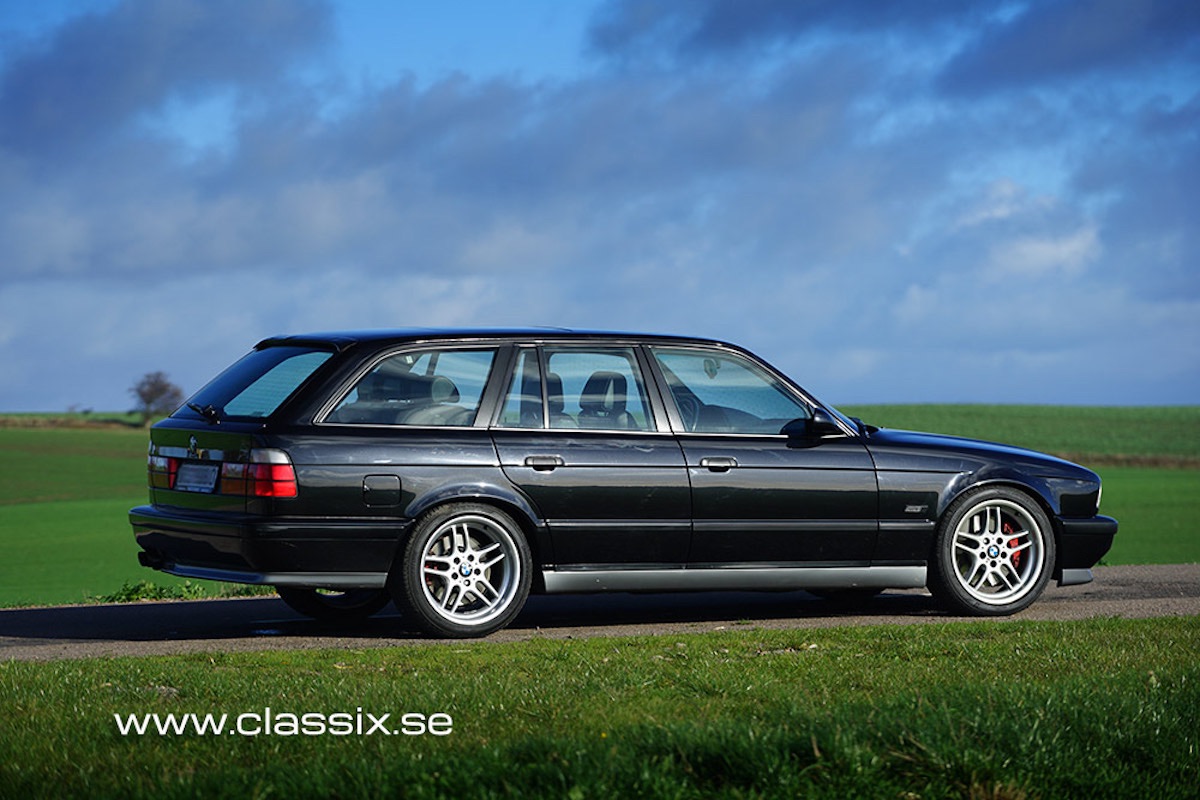 Only 891 of these BMW M5 Tourings were made
© Classix.se

Like the Volvo T-5R we just looked at, the E34 BMW M5 Touring was one of the finest sleeper wagons to come from the 1990s. The E34 is the only wagon version of the M5 in the model’s 36-year history. What’s more, BMW didn’t make many of them - in fact, only 891 of them were made worldwide. The M5 Touring isn’t shouty in its performance credentials, but look close enough, and you’ll see them. It has a lip spoiler, side skirts, and wider alloy wheels. This last of the handbuilt M cars is also powered by a 3.8-litre, six-cylinder motor, producing 340bhp. Oh, and then there’s the small matter of it being fitted with the much-loved, six-speed manual gearbox that died a death with the F10 generation M5. It may be more expensive than the E39 - a car considered to be the best M5 ever - but considering everything we just listed above, this ‘90s M5 wagon is one of the most exclusive modern classic BMWs around.

PRICE:
EUR 45,000
LINK TO CAR AND DEALER:
Classix by Schiebler 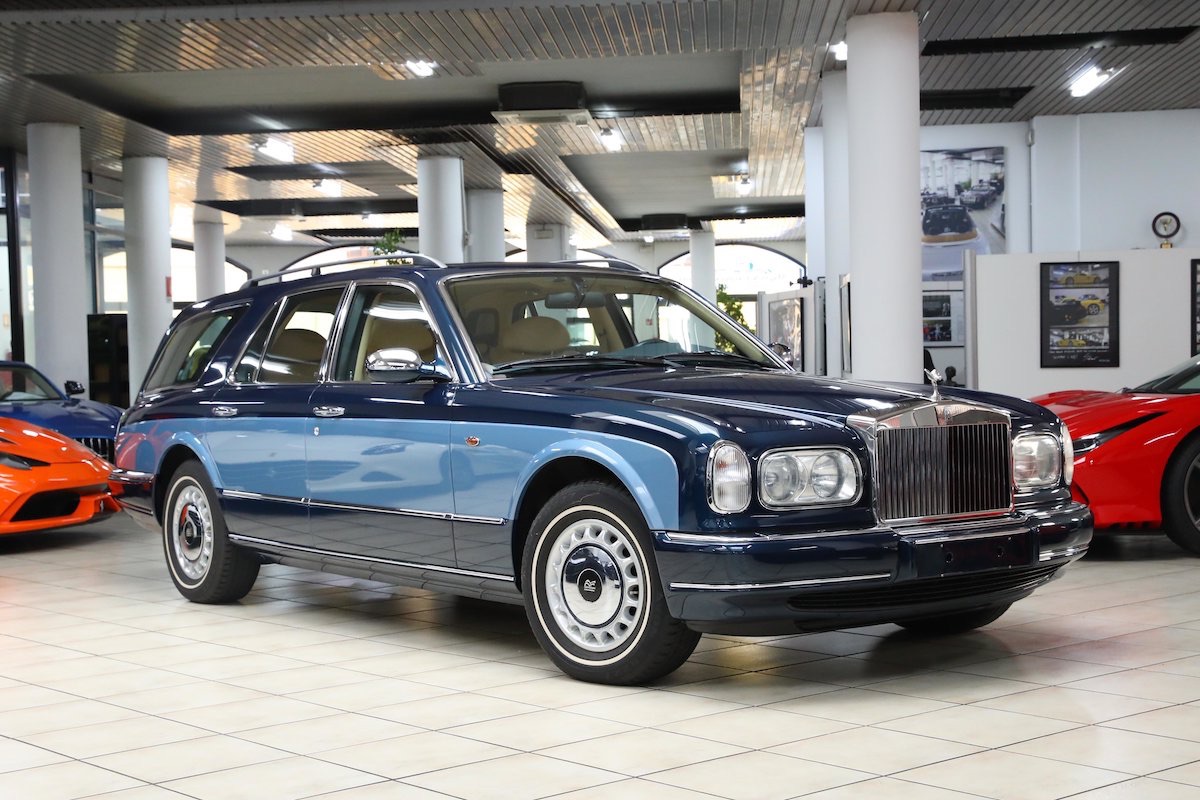 These is only one RR Silver Shadow of this kind in the world, and you’re looking at it right now
© Magni & Carnevale

Now then, now then! This isn’t your usual Rolls-Royce Silver Shadow. It’s a one-off wagon version that was commissioned by a mysterious owner in Italy. Not much is known about who converted this massively exclusive vehicle. In fact, if you would like to add it to your collection, you’ll have to contact the dealership who are looking to sell this very special car. What we do know, though, is that Rolls-Royce has a history of making bespoke estates - sorry, shooting brakes - for very wealthy customers. 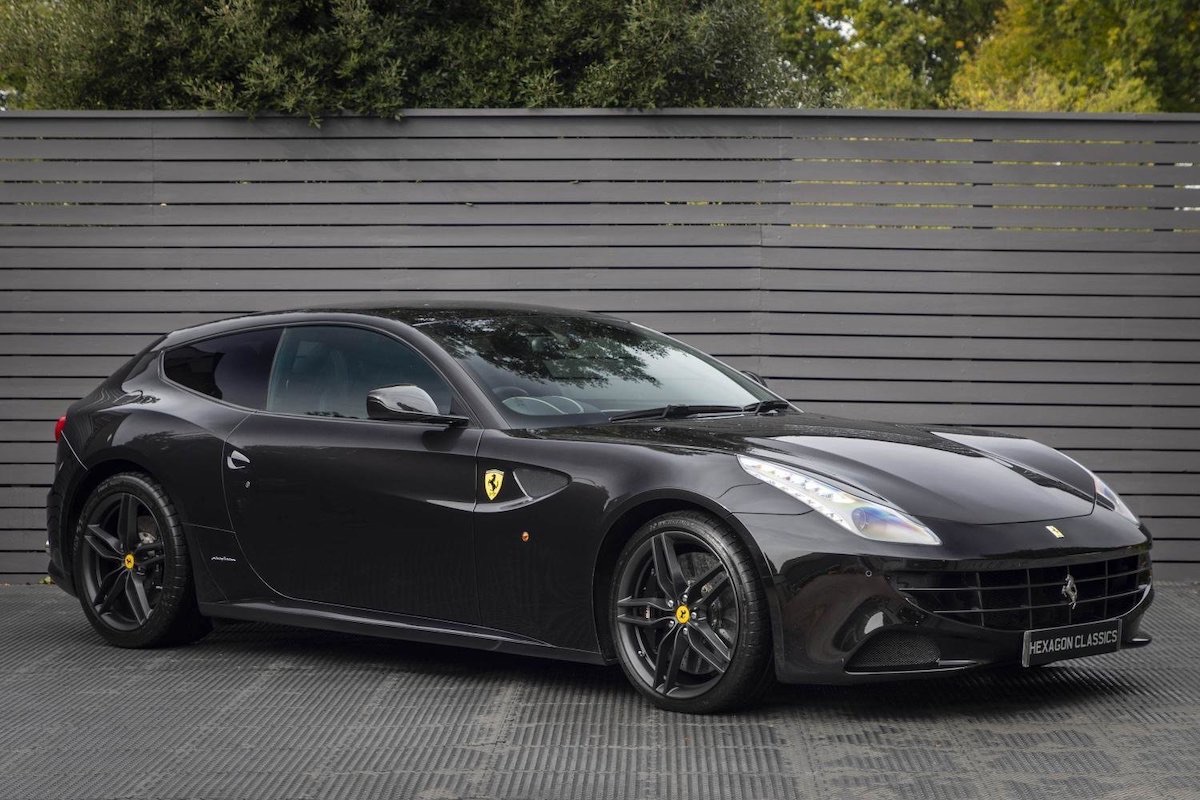 “The sky is falling!” cried the Ferrari faithful at the announcement of a shooting brake Ferrari. “Think of the children!” they said. Well, that’s exactly what Ferrari did with its FF when it launched in 2011. The FF was the successor to the four-seater 612 Scaglietti, meaning it could - and can still - be used as a family car. Its hatchback, shooting-brake design meant its rear seats could be folded down to increase boot space from 450 litres to 800 litres. In capacity terms, these numbers can give a Volvo V60 a run for its money. The FF was also had four-wheel-drive, meaning it was safer - and therefore more family friendly - than a rear-wheel-drive option. Unlike your usual family wagon though, the FF was powered by a mid-mounted, 6.3-litre V12. This gave the Family Ferrari a top speed of 208mph, and a 0-62 time of 3.7 seconds. In fact, the FF boasted the largest ever engine fitted to a road-going Ferrari, which made it the fastest estate car in the world. 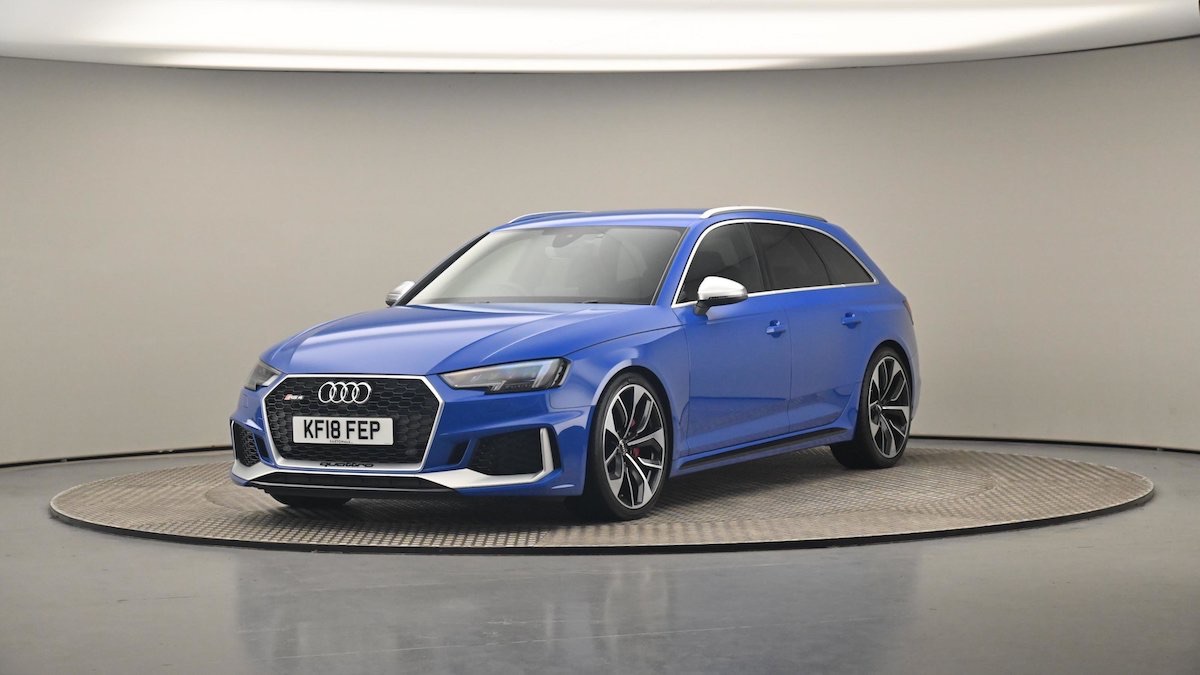 Subtle and supercar fast, the Audi RS 4 is the latest in a long-line of fast Audi wagons
© Saxton 4x4

Like Volvo, Audi is one of the car makers that understands the recipe of what’s needed to make a great performance wagon. Starting with the Porsche-engineered Audi RS2 Avant in 1994, Audi has since produced the RS4 and RS6, which it is still making today. Like the first generation of the RS4 - the B4 - the latest iteration of Audi’s mid-sized superwagon has reverted to turbocharged V6 power. The RS4 is one of the most surefooted performance wagons out there. Its all-wheel-drive Quattro system means it’s hugely capable (and fast!) in all sorts of conditions. Combined with the Audi Sport-developed chassis, the 2.9-litre, 444bhp, bi-turbo unit distributes its power so well, the RS4 is more than capable of keeping pace with supercars that cost twice its £60,000 pricetag. By looking at it you wouldn’t think that, though… and that’s why we love the RS4.