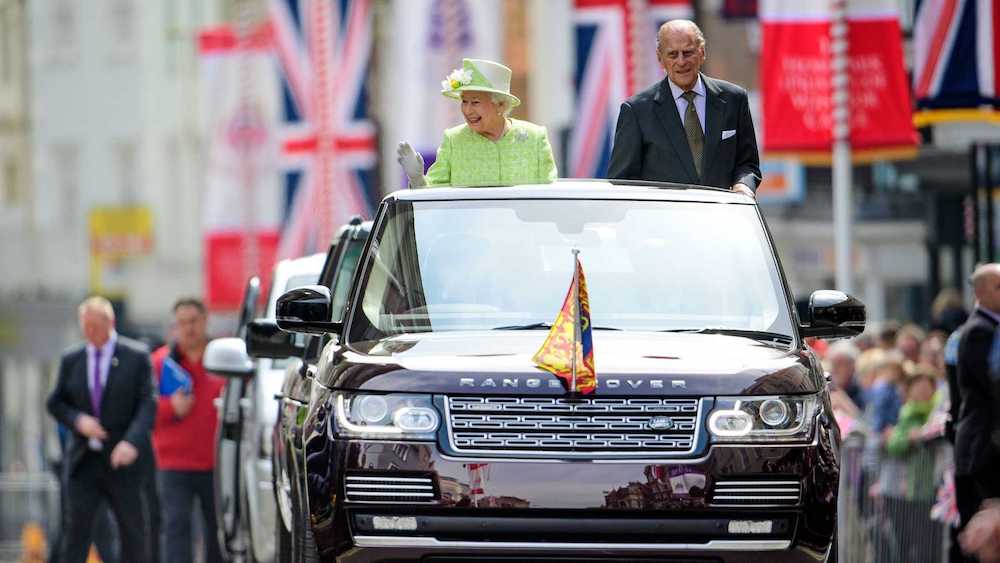 Up until her recent passing, the United Kingdom’s Queen Elizabeth II was both a globally-recognised figurehead for the country and a life-long car enthusiast.

During her 70 year reign, the beloved monarch befriended some of the UK’s greatest racing drivers, kept a remarkable garage of eclectic vehicles, and drove her fleet of cars by herself when she could despite not legally needing a driving license. Elizabeth II was also a staunch defender of the oft-beleaguered British car industry. 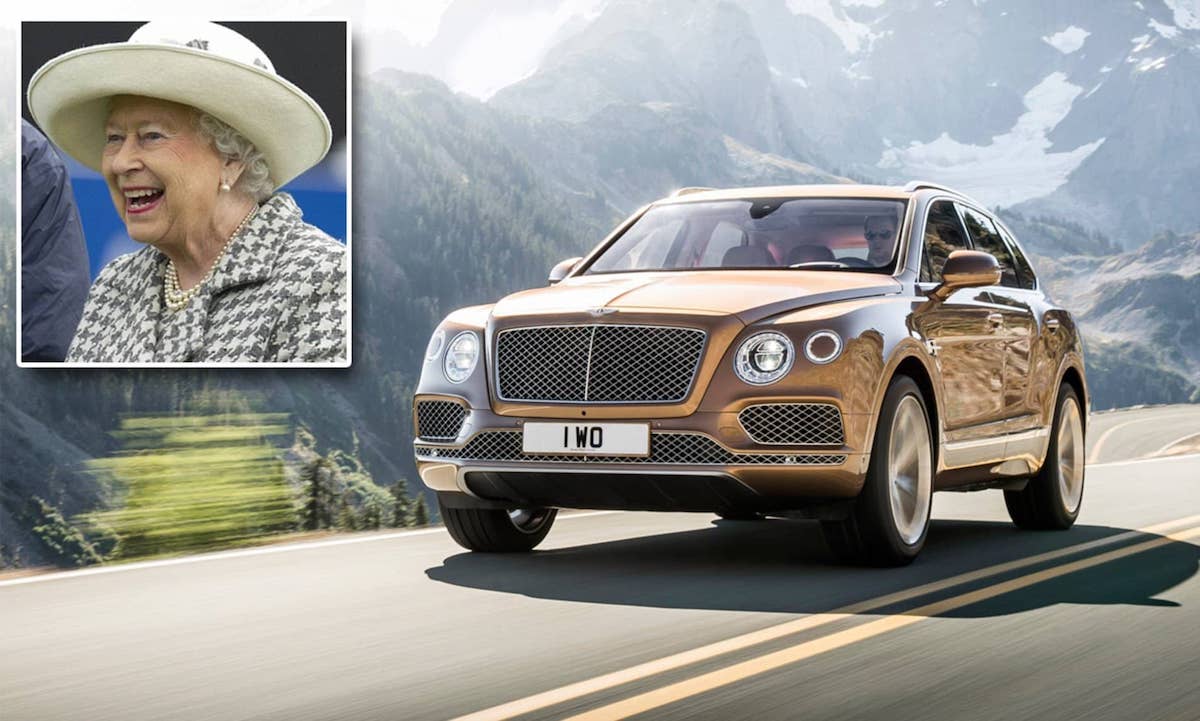 The Queen’s love for the British car industry was not one-sided, either. In the aftermath of her death, heartfelt tributes poured in from Jaguar, Land Rover, Aston Martin, Rolls-Royce, Bentley, Ford, and Vauxhall.

Ahead of her funeral ceremony at Westminster Abbey on Monday, September 19, we would like to commemorate Queen Elizabeth II’s remarkable 96-year life by taking a look at her remarkable car collection, as well as a browse through a number of other royal garages from around the world. 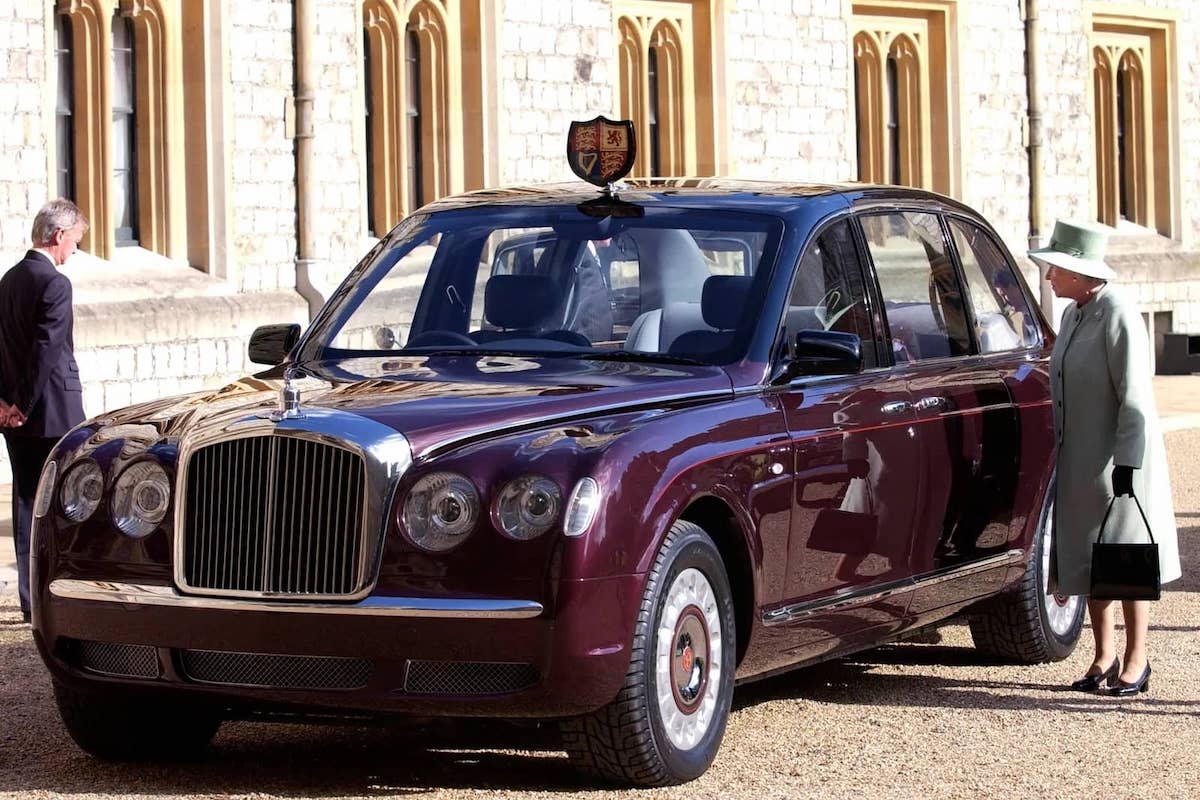 Despite being over 20 years old, this Bentley State Limousine is still used by Queen Elizabeth II
© Getty Images

Queen Elizabeth II is the monarch who inspired this story, so let’s start things with HRH. As we’ve already established that the UK’s much-loved monarch was a bit of a petrolhead. In fact, that would be an understatement. During World War II, the then-princess Elizabeth trained as a mechanic and a truck driver, and it was recently revealed that she was also a close friend to three-time Formula 1 world champion, Jackie Stewart. During her 70 year reign from 1952 to 2022, Queen Elizabeth II also kept a remarkable garage. HRH was fond of Land Rovers and during her reign, owned over 30 of them including a Series 1, several Defenders, a Range Rover ‘classic’, and a latest-gen Range Rover. She also owned a Rover P5 - one of the coolest cars to have ever come out of Britain - a Jaguar X-Type wagon, a Rolls-Royce Phantom, and the very first - get ready for it! - Bentley Bentayga. Perhaps her most interesting car of all though was the rather surprised-looking Bentley State Limousine above. Just two of these bespoke cars (the other one is black, in-line with state car color tradition) were produced for her Golden Jubilee in 2002 and cost a whopping £10,000,000. Naturally, the V12-powered State Limousine is blast-resistant, armored, and runs on kevlar-lined, run-flat tyres. Just to remind you that you’re in the presence of the royalty, when HRH was onboard and in town, the Bentley “Flying B” bonnet ornament was replaced by the Queen’s personal mascot of Saint George slaying the dragon. Following her recent passing, the car has been passed to her son, King Charles III. 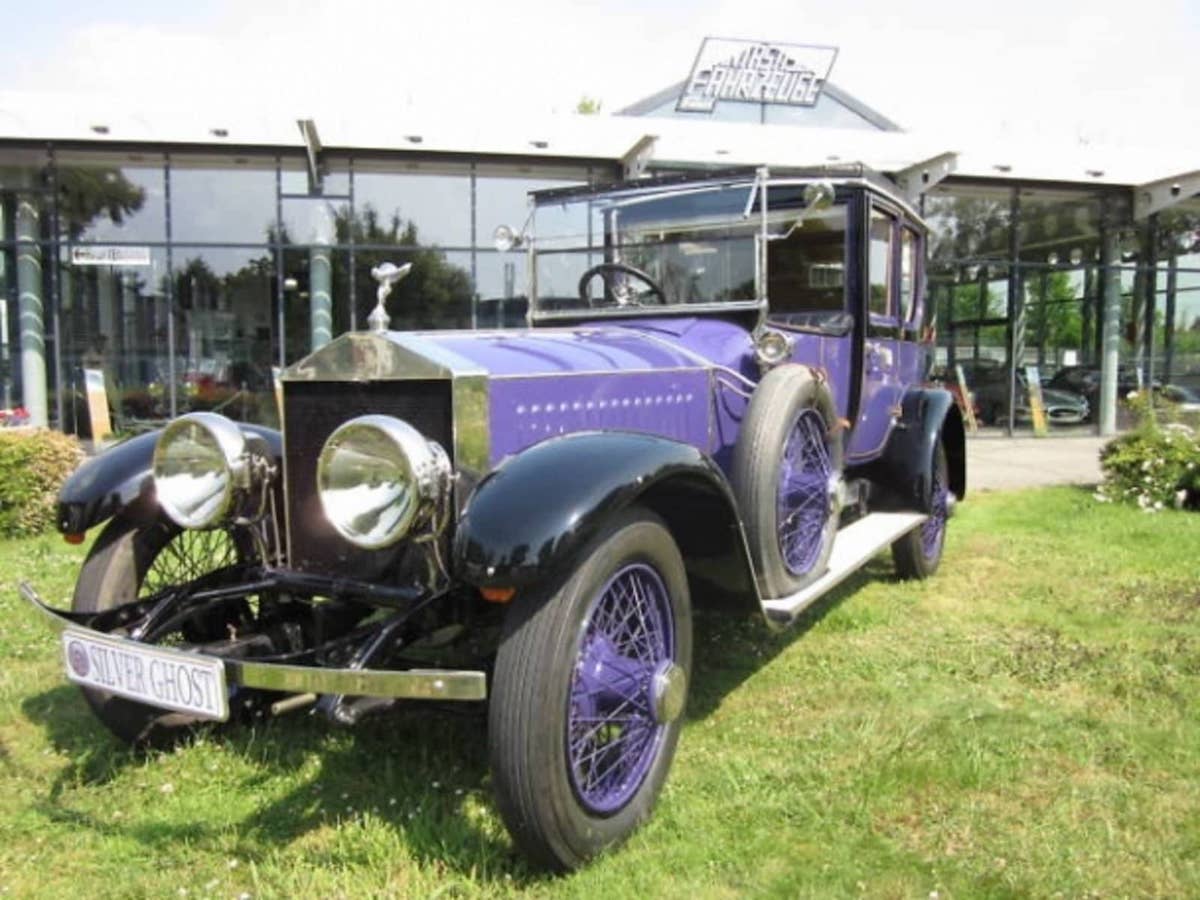 The Great Uncle to Queen Elizabeth II, Russia’s last Tsar, Nicholas Romanov II, is a controversial figure. Whilst Nicholas’ decision making ability is up for debate, the fact that he was a proper car enthusiast and loving father is not. “Nicky” - as he was nicknamed his cousin King George V - got his first taste of the automobile in 1903 when Prince Vladimir Orlov arrived at the Alexander Palace in Petrograd behind the wheel of a “kerosene thing.” After experiencing himself the joy and pleasure that comes with driving, Nicholas was hooked and so began a lifelong obsession with cars. That was, of course, until the Russian Revolution of 1917, which forced him into dissolving the Romanov dynasty at the stroke of a pen. Nicholas’ preferred cars were made by French manufacturer, Delauney-Belleville, and Mercedes; a beloved by the Tsar loved for its cars’ power, build quality, and luxury. Nicholas, after having experienced the glamor and luxury of the Rolls Royce brand on a family visit to the United Kingdom, also purchased the purple 1914 Silver Ghost you see above. In 2015, the car went to auction for a whopping $7.22m USD. By 1910, Nicholas II had 21 cars with a designated driver for each one, and the Russian royal garage was issued an “allowance” of 126,000 rubles for maintenance - that’s $1,260,000 in today’s money! 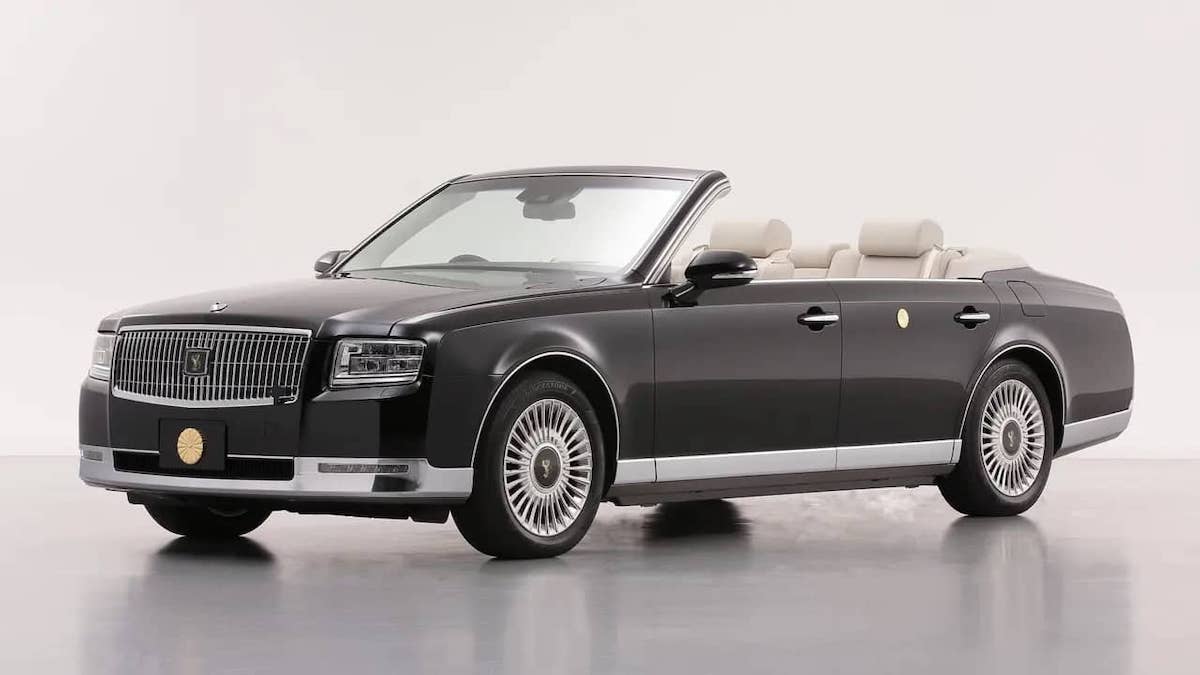 To say we are deeply jealous of Japanese Emperor Naruhito’s gorgeous, custom-made Toyota Century convertible would not be a lie
© Toyota

At Dyler, we’re huge fans of the Toyota Century and after driving one, we decided that this big, gentle, V12-powered Japanese giant is too good for our gaijin ways in the West. Imagine our giddy excitement then, when the Japanese Imperial Household Agency announced in 2019 that a one-off, four-door convertible version of the third-gen Toyota Century - the Century Royal - would be the parade car for the inauguration of Emperor Naruhito. The Century Royal would still be handmade like the regular Century, however the royal car had its wheelbase extended by 35-inches and it was fitted with higher rear seats to give the public a better view of the Imperial couple. To further distinguish the Century Royal from the standard car, the official ‘Toyota’ and ‘Century’ badges and logos were replaced by a gold chrysanthemum flower; both of which represent the Imperial Seal of Japan and the symbol of the imperial family crest. 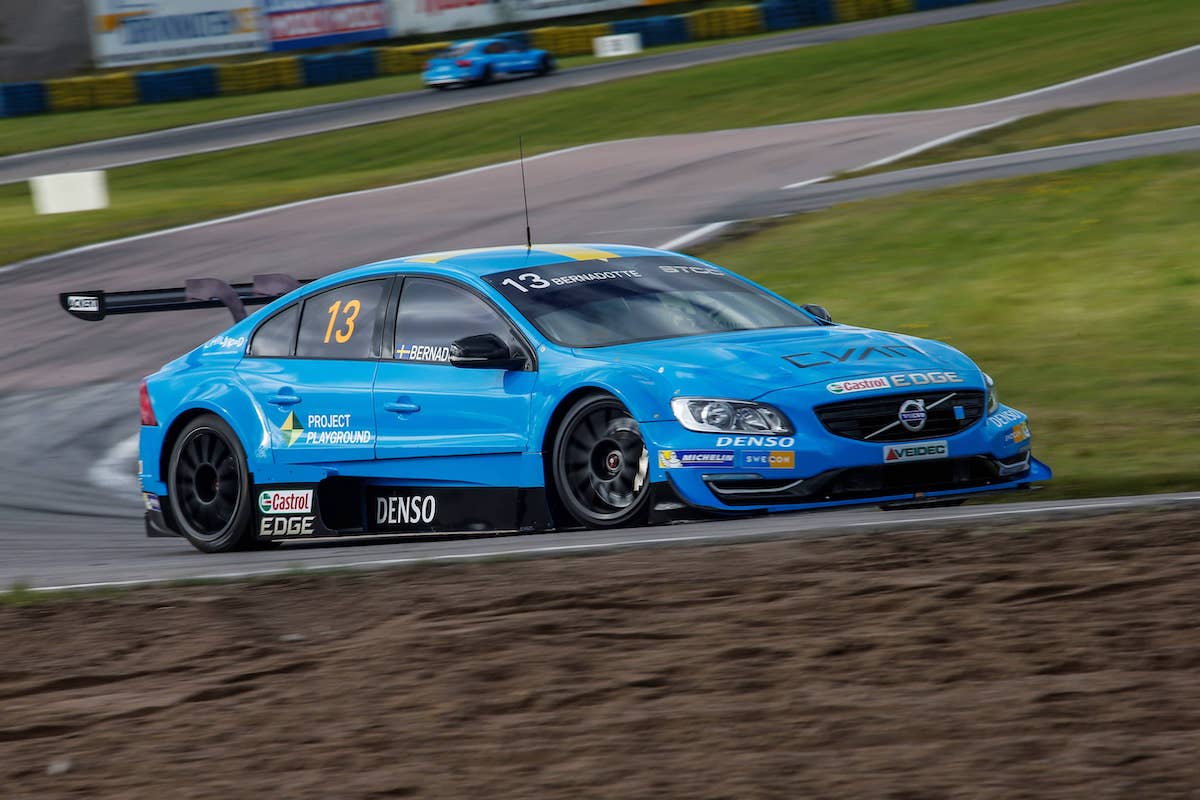 It’s no secret that Sweden is famously isolationist when it comes to its taste in cars, and the Swedish royal family is no different in its automotive preferences - after all, it purchased 35 Volvo XC90 SUVs as transport vehicles for the wedding of Prince Carl Philip and Sofia Hellqvist back in 2015. Now, as a general rule, any aristocracy loves a pricey, high-risk hobby and there is no more a financially ruinous and risky hobby than motorsport… which is exactly what Prince Carl Philip went and did from 2008 to 2022, and in spite of his detractors, the fourth in-line to Sweden’s throne wasn’t too bad at it! The highpoints in his racing career were whilst driving for Polestar Volvo in the Scandinavian Touring Car Championship and Swedish GT championships from 2013 to 2020. Whilst driving under the banner of Sweden’s leading car maker, Prince Carl Philip scored a total of three victories, six podiums, and a season-best finish of second in 2017. Meanwhile, Queen Elizabeth II’s grandson, Prince Harry, went and married Meghan Markle. 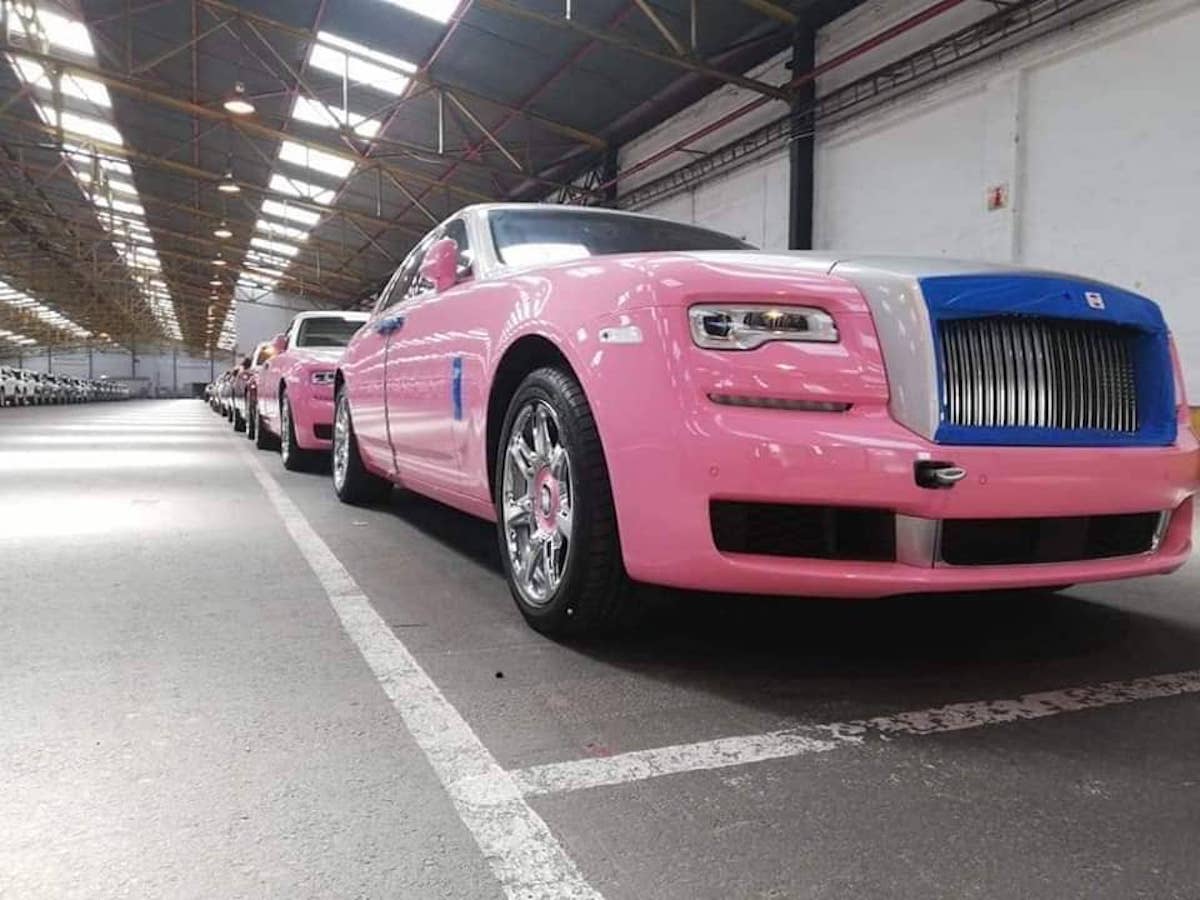 With 63% of the population living below the poverty line and an unemployment rate of 41%, it’s fair to say that Eswatini - formerly Swaziland - could do with a lot of care and attention from its powers that be. So, instead of getting stuck in to try and fix his peoples’ ills, what did its absolute monarch, King Mswati III, do? You got it! He imported 19 Rolls Royce Phantoms (one of which you see above) and 120 BMWs for him and his 15 wives. The cost? Around £14m. This level of spending wouldn’t normally register when it comes to royal spending habits on car fleets - after all, we’ve already seen that one of Queen Elizabeth II’s Bentley State Limousines cost £10m alone. However, for the average worker from Eswatini, it would take 70 years of constant toil for them to afford Mswati III’s car pool. In the aftermath of the incumbent ruler’s spending spree using money from government coffers, Eswatinian opposition leader, Wandile Dludlu, accused him of “showing the middle finger” to the country’s largely impoverished population. 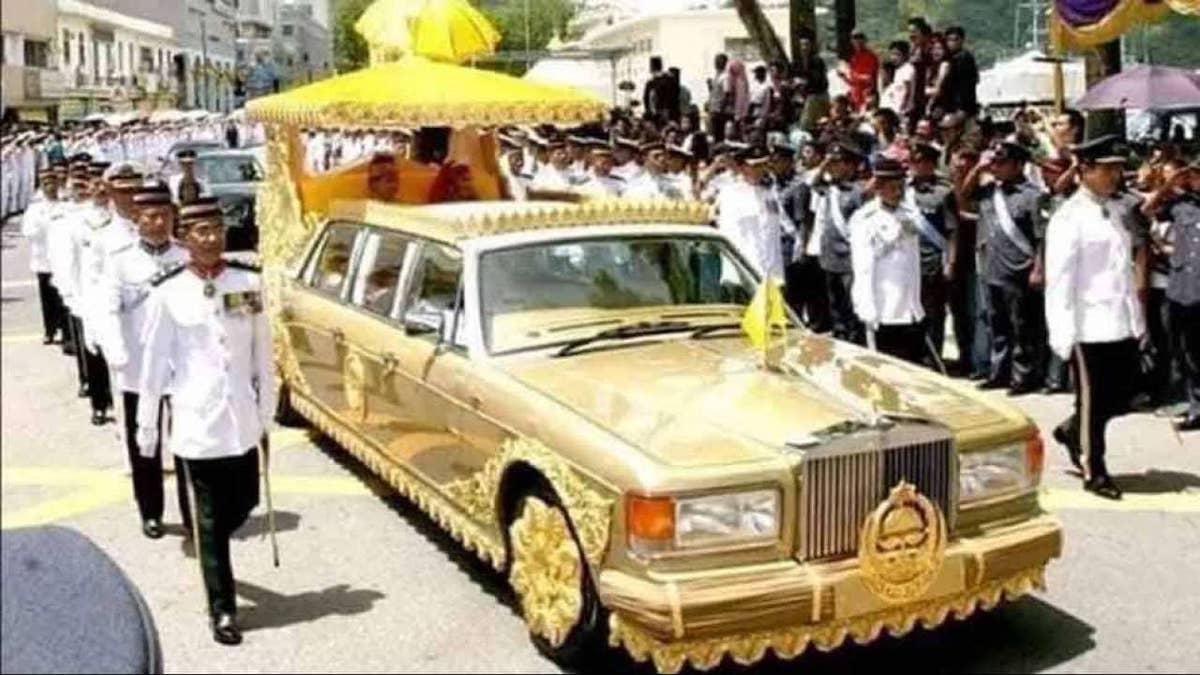 With his 18k gold Rolls-Royce Silver Spur, Hassanal Bolkia can legitimately lay claim to the the title “the Sultan of Bling”
© GQ India

To say that Hassanal Bolkiah - the Sultan of Brunei - is a car enthusiast is an understatement - after all, it is estimated that he owns 7,000 different automobiles, which have a combined value of $5bn USD! Oh, and if you were wondering, they are all guarded by heavily-armed, sword-wielding Gurkas. Perhaps the most striking car in the Sultan of Bling’s collection is this 24-karat gold plated Rolls Royce Silver Spur limousine, which he bought for his wedding day at the cost of $14m. The collection also boasts some seriously cool vehicles including a Bentley Dominator SUV commissioned by the Sultan himself, four Rolls-Royce Cloudesques also commissioned by him, a one-off gold plated Porsche 959, and a one-in-three Aston Martin V8 Vantage Special Series. 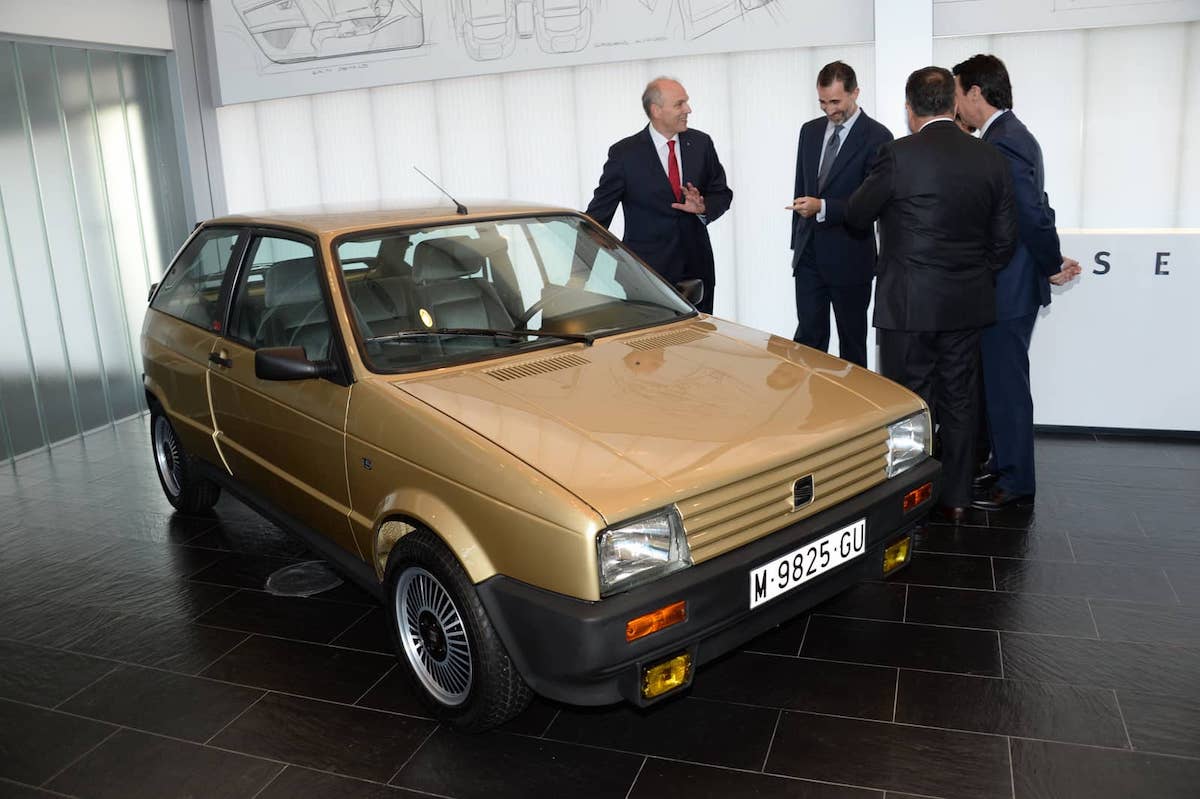 King Felipe’s choice in cars is pretty unflashy, and this gold SEAT Ibiza holds a special place in his heart
© Autopista.es

King Felipe VI of Spain is one of those non-controversial monarchs. He’s just ‘there’ and that’s what makes him cool. The other thing that makes him cool is the fact that he owns this - a gold 1986 SEAT Ibiza. Whilst it doesn’t look anything special, this unassuming Spanish supermini has a remarkable backstory. The car was given to Felipe on his 18th birthday by his dad, former Spanish King Juan Carlos. This Ibiza also had fuel injection and air-conditioning, two features that were not available on a standard Ibiza until 1988. Following Felipe’s ownership, the car appeared to be lost. However, SEAT managed to track it down and restored it to its original glory. The final chapter of this automotive feel good story, is that after 16 years of being apart, the Spanish carmaker returned the fully-restored Ibiza to its original owner. Alongside the little SEAT, King Felipe and his wife Queen Sofía use a Mercedes S-Class for official visits. It has also been reported that both Felipe and Juan Carlos share a mutual love for the Audi RS 6… 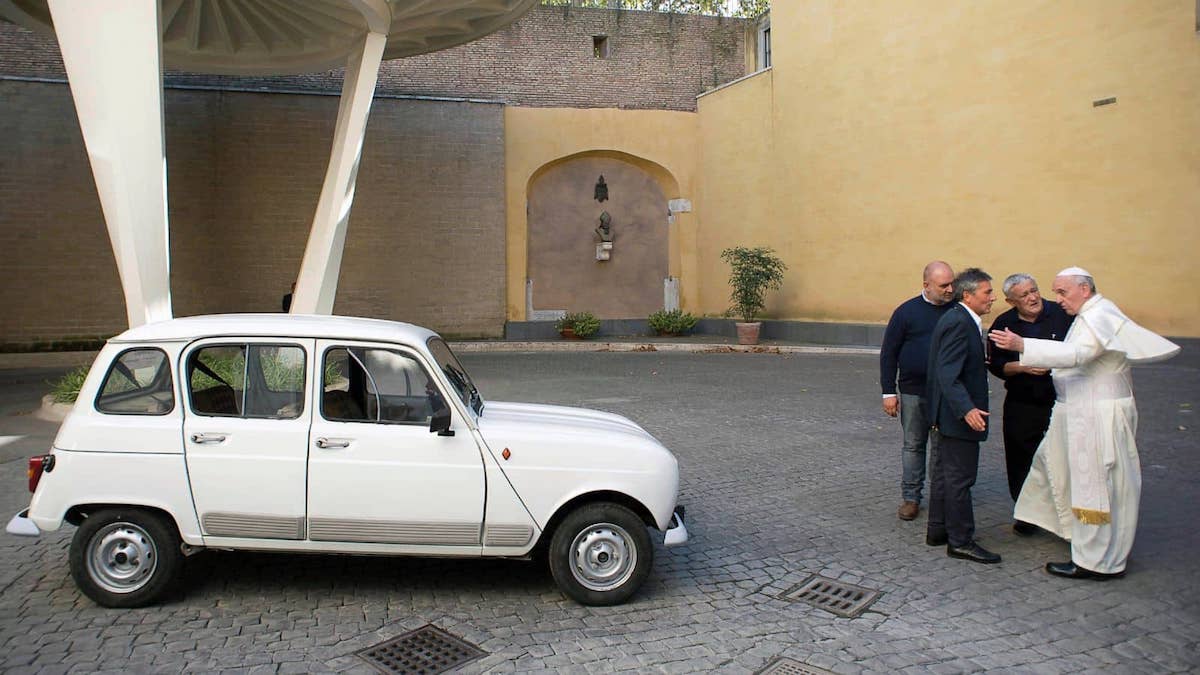 You may think you’re cool, but you’ll never be Pope Francis Bombing Around The Vatican in a Renault 4 Cool
© ABC news

Whilst not royalty as such, the pope is still the head of state of the Vatican which is why he makes this list. Now, we’re all aware of the Popemobile as the official form of transport favored by His Holiness. Yet given the incumbent Pope Francis is all about frugal living and not flashing the enormous wealth and power that comes with being God’s rep on earth, he uses a 1984 Renault 4 with 300,000km on the clock as his daily to get around Vatican City. In 2013, this simple car was gifted to the supreme pontiff by Italian priest Father Renzo Zocca who supported him in returning the Catholic Church into “a place for the poor and the needy.” The agricultural little Renault is not the only ‘simple’ car favored by Pope Francis; during a visit to South Korea, he chose a locally-made KIA Soul as his form of transport, and has also been spotted rolling around Rome in a second-generation Ford Focus.

If this journey through several royal garages around the world has whetted your appetite for luxury vehicle ownership, click here to find your next car on Dyler.com!