VW Type 2 - The Most Important Van in the History?

If somebody would decide to pick one van that contributed to the history of humanity the most, Volkswagen Type 2 would make a pretty strong case for itself. This vehicle, based on the underpinnings of VW Beetle, is known by an incredible variety of names and that just illustrates how many functions the car has served. VW Bus, produced for more than half of a century in 4 continents, has become a true historical icon.

Just like many most iconic automobiles, VW Type 2 has a humble working class beginning – based on the practical Beetle (also known as Type 1), Type 2 was meant to help Post-WWII Germany recover as well as provide foreign businesses with a compact transport vehicle to transport goods or people around. Type 2’s creation is attributed to a Dutch Volkswagen importer, Ben Pon, who saw a niche for a small bus and pitched the idea to VW. Exporting VW Buses to US later earned Pon a huge fortune.

Initial prototypes of Type 2 were terribly un-aerodynamic, so wind tunnel testing was in order. Along with other improvements, the engineers decided to split the windshield in two, giving it a slight V shape. As a result, the van had a better drag coefficient than the Beetle it was based on and its fans called the first iteration of the bus a “Splitty” after the iconic windscreen. The improved aerodynamics helped the VW Bus to maintain a decent speed on the highway, and it was a necessity, considering that at first, the van utilized a 24 bhp flat-four from the Beetle. 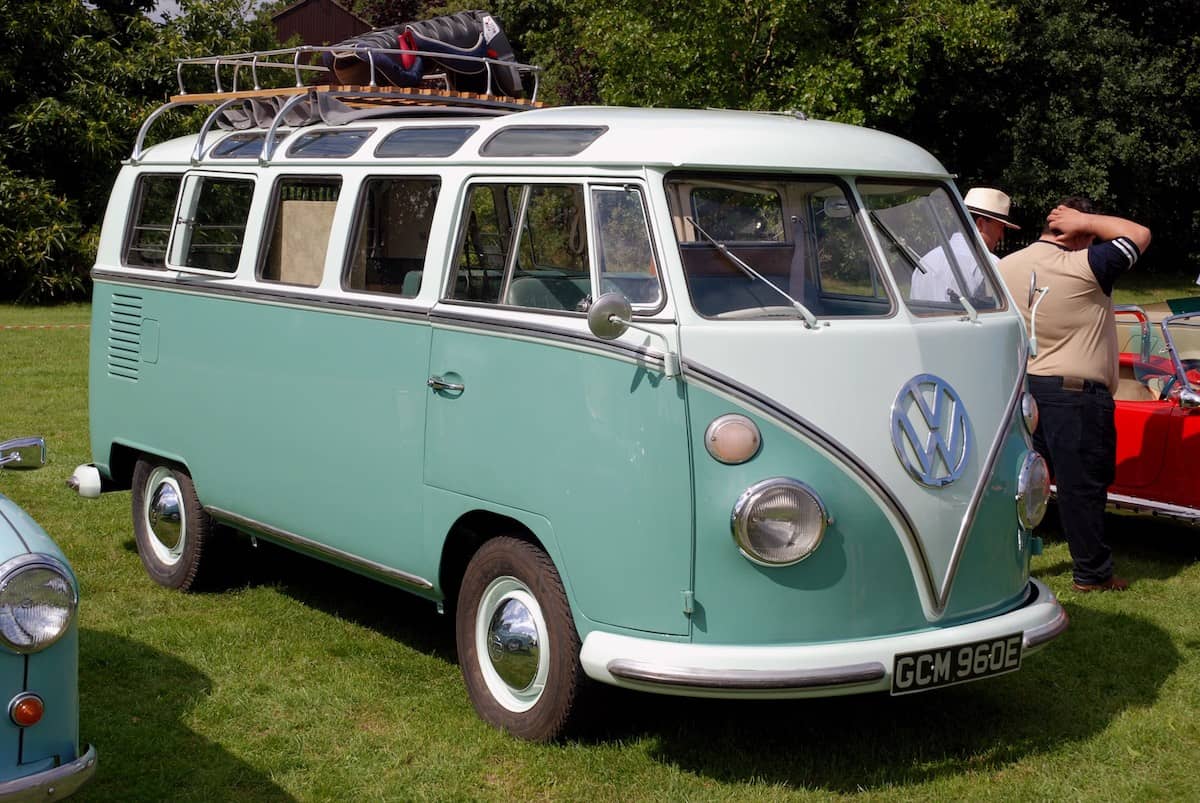 An upscale version of a “Splitty” with small roof windows
© allen watkin, Flickr

Right from the start of the production in late 1949, Type 2 was offered in several configurations, giving the choice between seats for passengers or a cargo space for objects. Depending on the purpose and market, VW Type 2 was called multiple names, including Kombi, Transporter, Bus, Camper or Kleinbus. The idea of a van proved to be successful and VW Bus become one of the pioneers of this market segment, along with the French Citroen HY. After realizing the potential of such vehicle, manufacturers from all over the world followed the suit. 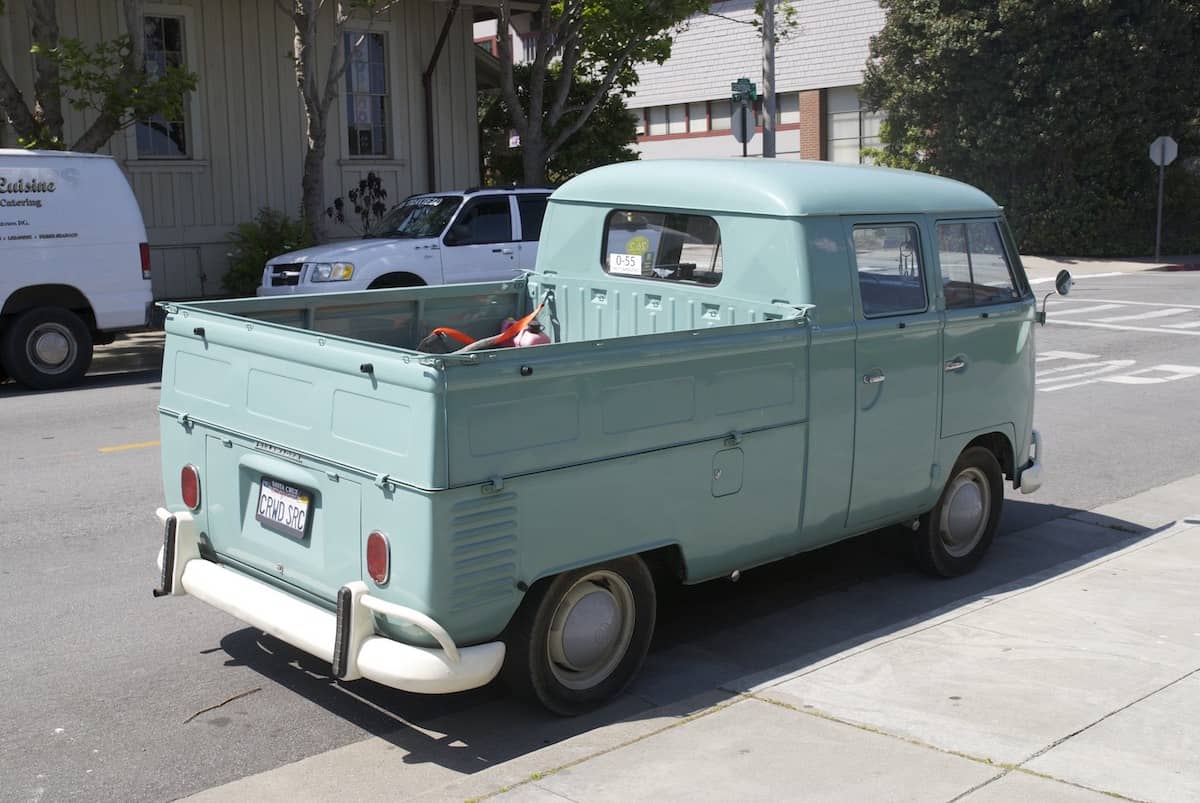 But it was only the beginning of discovering the endless applications of this multitalented Volkswagen. German company Westfalia soon used the practical qualities of the VW Bus to convert it into a perfect camping vehicle, with such conveniences as beds, stove, table and air-conditioning. Some cars came with a distinctive pop-up top, for added space and functionality of the vehicle. Due to clever design, the package is more compact than the motor homes or trailers, giving its users more freedom to move around while retaining the comfort aspects. Later more companies appeared with their own versions of the Type 2 based camping vehicle, but Westfalia was the best established one, and their cars were sold through Volkswagen dealerships. 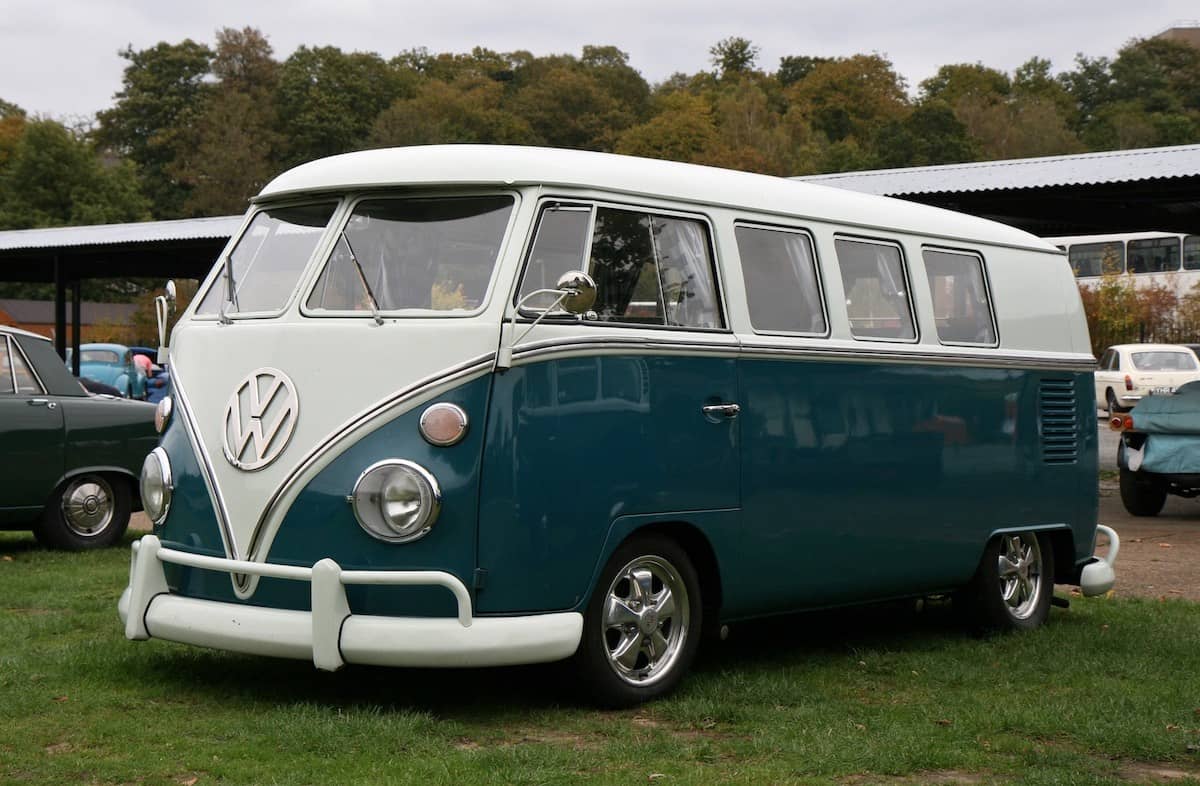 Volkswagen Type 2’s identity was constantly reinvented and took a new turn in 1960s as hippie movement gained traction. Type 2, along with the Beetle became the hippies’ vehicle of choice, due to their low prices, high availability and cute looks. The huge frontal VW emblem could be easily transformed into a peace symbol and the van would then be used to bring the hippies to an anti-war protest. This newfound persona of the humble Bus was even further etched into the pop culture with the musicians embracing Type 2 as a hippie vehicle. Bob Dylan’s album “The Freewheelin’” featured a VW Bus on the cover, while The Grateful Dead were famously followed by a convoy of Type 2s while touring. Over time, VW Type 2 became synonymous with the hippie identity and it can be found fulfilling this role in numerous pop culture appearances, including films, series and music.

While the Americans were crazy for the adorable looks of the Type 2 in the 1960s and the decades that followed, the car kept on proving itself as a capable workhorse across the globe. The car was produced in Mexico, Argentina, Brazil and Australia during its lifespan. It left the factory as a panel van, passenger van, double and single cab pick-up truck, but it was modified to fit any kind of purpose. Some Type 2s were converted to be fire engines or railroad draisines. It’s popularity as a commercial vehicle makes sense – the car was cheap, spacious, easy to maintain with the parts adaptable from other Volkswagens. 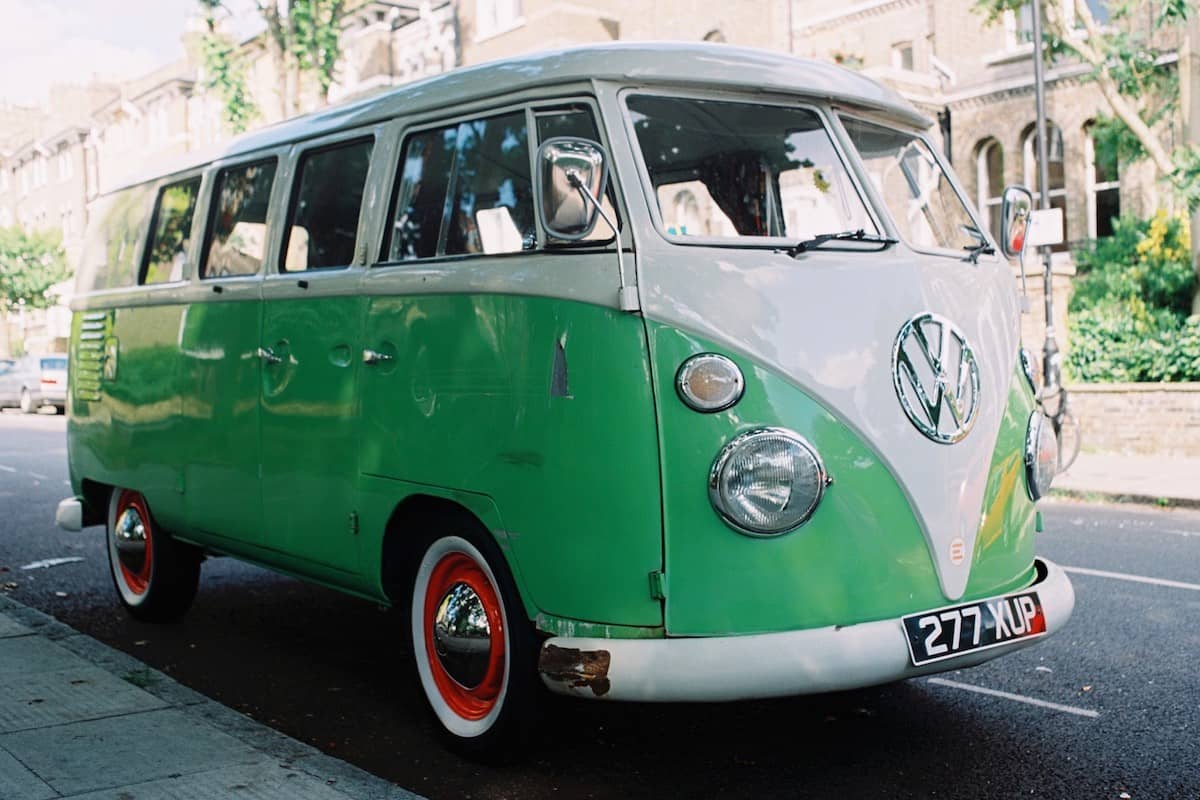 Type 2s are not some collector’s rarity, thus they are still often used as intended
© Jim Killock, Flickr

An updated version of Type 2 was introduced in 1967 and it is also known as T2 (the previous version is referred as T1). The most distinctive feature on the newer cars exterior is a singular windshield, which some call a “Bay window”, the car is often referred to as “Bay”. Among other upgrades, the newer car received more powerful engine, pushing out 47 bhp. Later on, engines up to 2-liters of capacity were introduced, upping the power to 70 bhp. 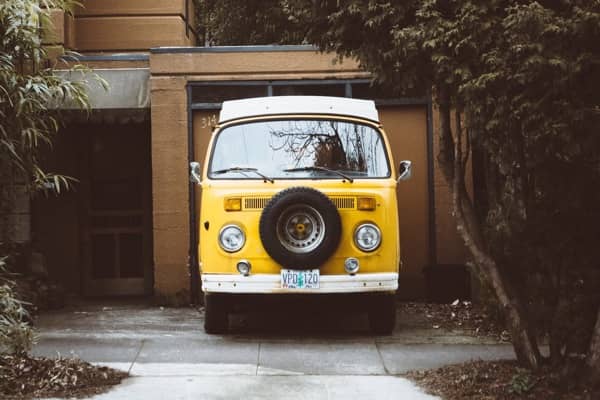 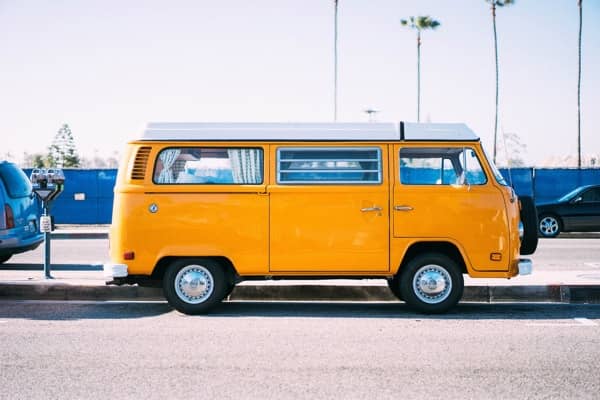 This iteration of the Type 2 has survived surprisingly long, T2 was built in South and Central America through the 90s, with the last model rolling off the production line in Brazil in late December of 2013. The reason for such endless popularity, was, once again, the unmatched dependability of this iconic van, as well as the low price. There was simply no cheaper way of transporting up to a ton of payload without it getting wet. Stringent emission regulations made VW adapt a water cooled engine to the T2 around the turn of the century, robbing it of its distinctive air-cooled character. Such models can be easily recognized by a black grille up front, which is used to suck air into the radiator. Rules and regulations were what put the end to the production of this iconic vehicle. VW Kombi, as it was called in Brazil, sold as well as always in 2013, but it was too costly to re-engineer the car to make it fit new, stricter safety requirements of 2014.

With more than 6 decades of production, Type 2 is one of the most significant of Volkswagen’s models, and the manufacturer is well aware of the heritage it possesses. Every once in a while they play with their fans’ nostalgia by introducing a Type 2 inspired concept. In 2001 they showed the world a ‘Microbus’ concept, which was built following a similar idea as the New Beetle, interpreting the classic in a new way. Unlike the latter, Microbus never reached the production, but it was reintroduced a decade later as a Bulli concept, this time with electric motors to power it. Earlier this year, post-dieselgate VW showed us the I.D. Buzz (they were being clever with a word “bus”), once again, inspired by the Type 2. All of these throwbacks were clearly far cry from making into production, with their fancy lighting and sensory steering, so we might not see a modernized version of the legendary van any day soon. 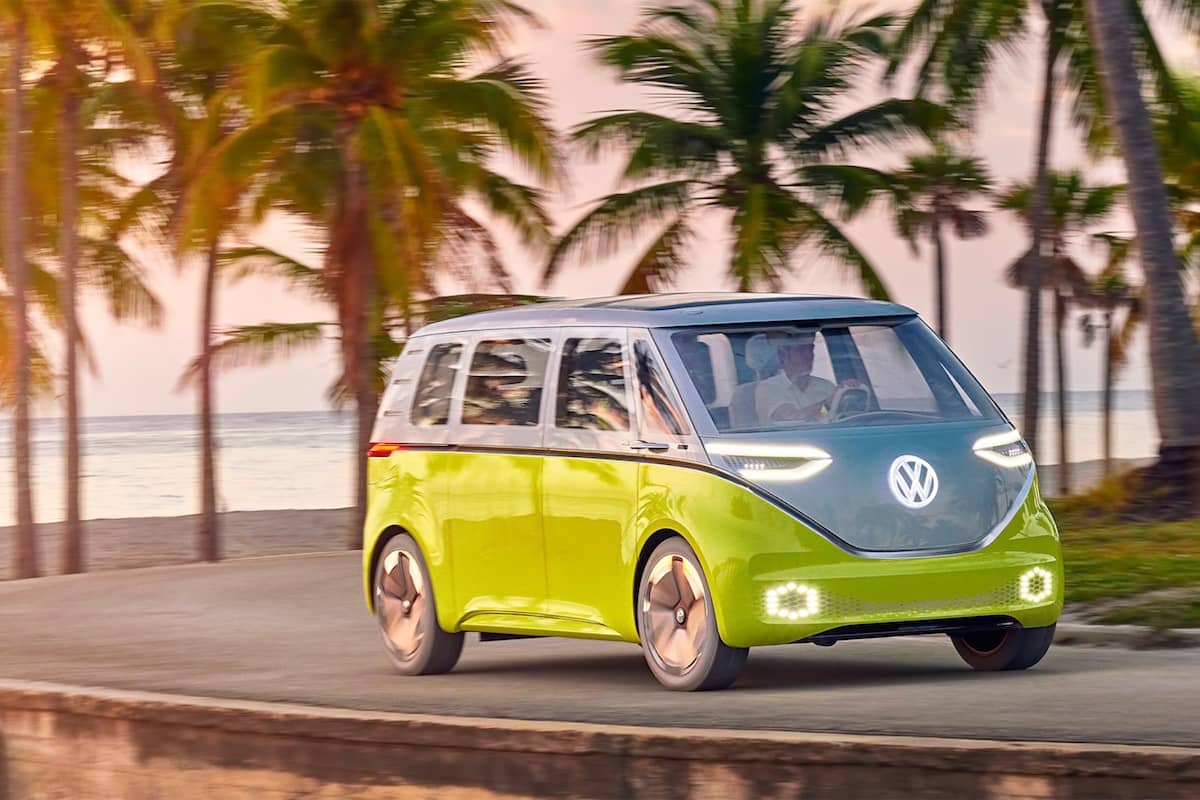 VW I.D. Buzz is a throwback to the classic Type 2
© Volkswagen

A good van must be a multi-purpose vehicle, and there is no arguing that the Type 2 was capable of fitting in numerous very different situations. There is no doubt, the model would have not survived 64 years without such a capability to adapt. If VW Bus Kombi is not the most important van of all time, it is definitely the most iconic one, with such omnipresence both in pop culture and the real world.