A Stray Branch of Volkswagen Evolution Found in Brazil

Some of the most exotic and weird air-cooled ‘wagens have not rolled down the assembly line in Wolfsburg. Instead, they were built thousands of kilometers away, in Brazil. More than 50 years of partnership spawned weird Beetle derivatives, gorgeous sports cars and even alcohol powered Type 1s and Type 2s. Let’s take a closer look what and how it happened exactly.

On this website we tend to emphasize the personalities and stories behind different cars. Although it is compelling to look at the history that way, there have been very few cars that were purely developed by personalities and not limited by various regulations in one way or another. To paraphrase, majority of the cars had to exist in a certain political climate which shaped them. In the same vein, Brazil’s ban on the import of assembled vehicles in 1950 was the sole reason for Volkswagen do Brasil’s inception. Initially, the branch was nothing more than an assembly plant in São Paulo district, where Type 1s and Type 2s were put together by hand. The Type 1 was renamed into Fusca (Portuguese for Beetle) and Type 2 was sold as Kombi. True production did not begin until 1959, when VW opened a factory in the same region. 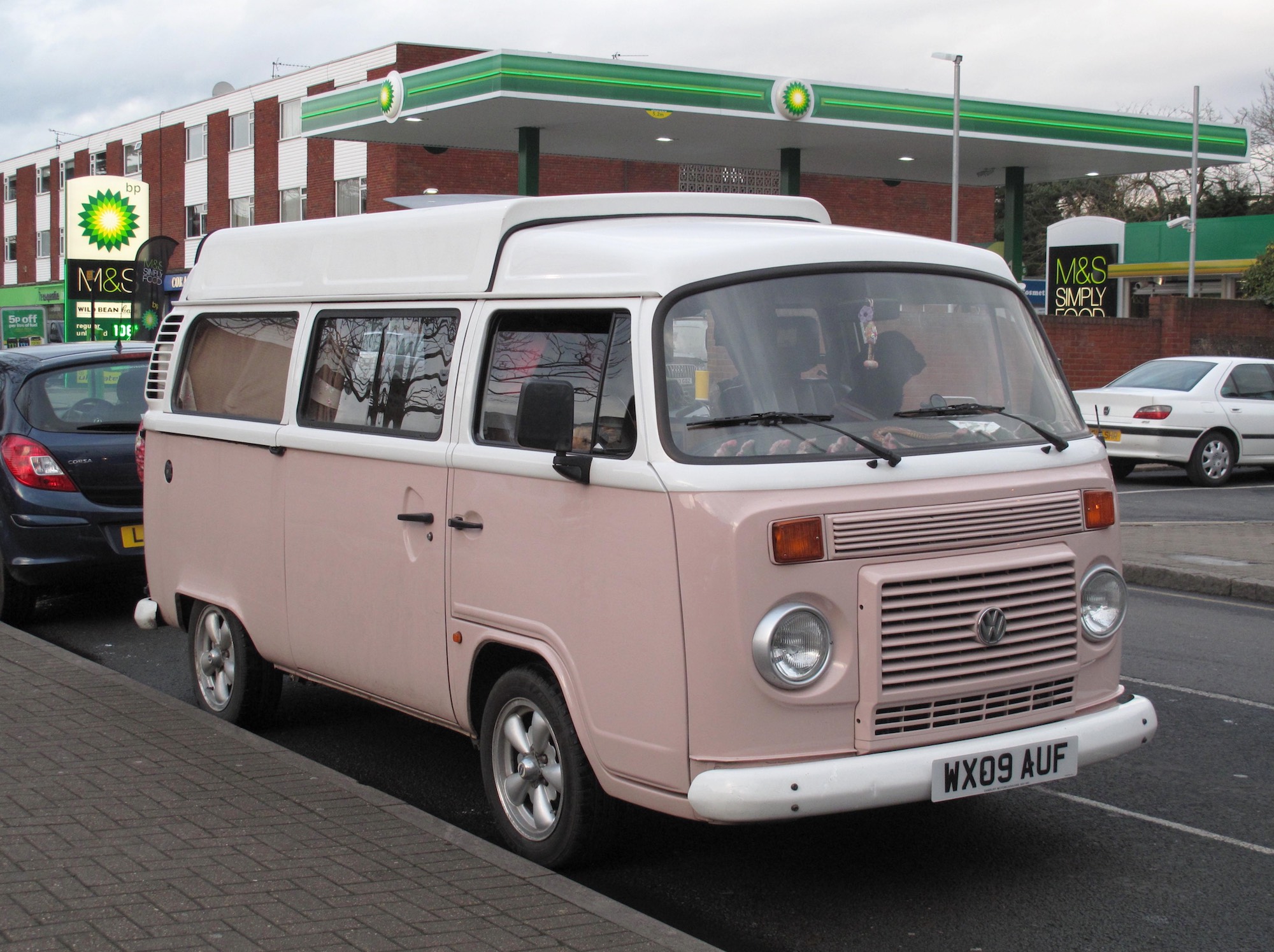 Post-2006 watercooled VW Kombi from Brazil can be recognized by its front grill
© Photo by davocano, Flickr

For years that followed, VW do Brasil churned out Fuscas, Kombis, Type 3s and Karmann Ghias to supply the Brazilian public, but in 1969 they decided to undertake an ambitious feat and design a car on their own. The first car to be developed independently from Wolfsburg’s rulers was named Project X (not to be confused with the Hollywood flick) and was meant to replace the aging Karmann Ghia. VW do Brasil still did not have the funds to engineer a car from the ground up, so it had to be based on an existing platform, Type 3 was chosen for the task. In 1971 the first prototypes were presented to the public and they looked similar to this: 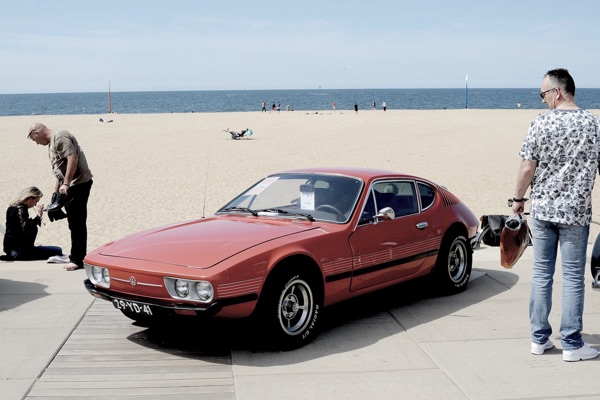 By some, the SP2 is considered to be the most beautiful Volkswagen ever
© Photo by Ruud Onos, Flickr 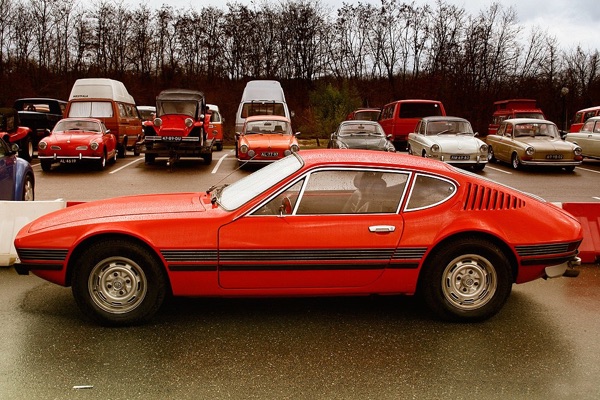 Actual production started in 1972 and the model was named SP2. According to some, this was the most beautiful Volkswagen ever produced, even surpassing different variations of Karmann Ghias in looks department. The design of it can be described as timeless, the low-slung coupe profile, subtle air cooling vents and sleek tail lights will probably remain fashionable relevant and intriguing. The same cannot be said about the drivetrain, which left a lot to be desired. It utilized a 1.7 l boxer engine from VW Type 3, squeezing out 75 bhp. Admittedly, that was sporty compared to other Brazilian VWs at the time, but meanwhile the rest of the world could get way more modern Scirocco.

Despite the stunning looks and affordable pricing (SP2s were just slightly costlier than VW Beetles), this Brazilian German coupe did not sell too well. Only around 10,000 SP2s were produced, and vast majority of them stayed within Brazilian borders. Nowadays, though, less-than-perfect performance of SP2s is overlooked and they are highly sought after around the world, costing at least twice as much as Karmann Ghias. 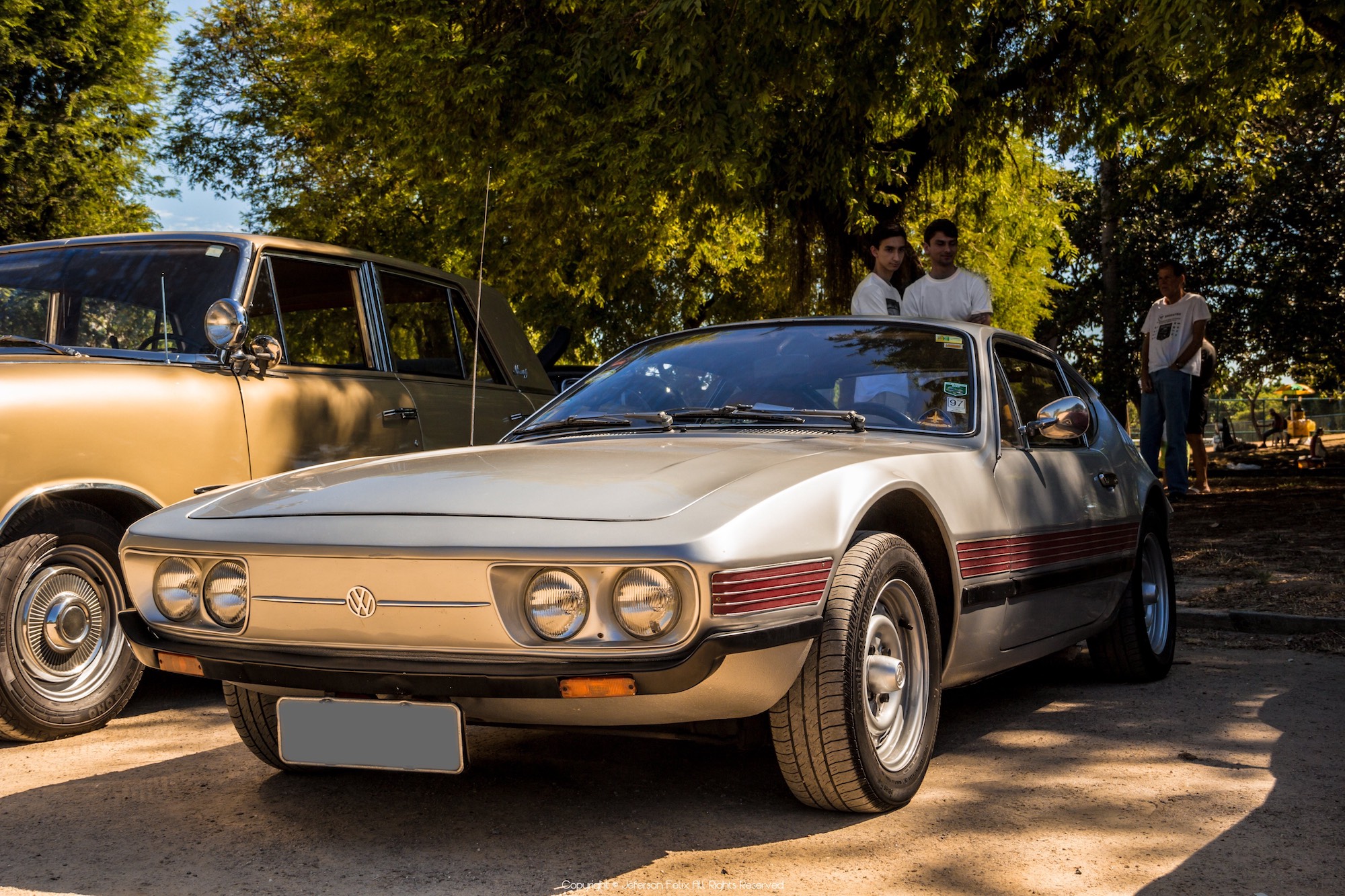 With just 10,000 sold, SP2s are quite rare these days
© Photo by Jeferson Felix, Flickr

Generally, air-cooled Volkswagens were a dying breed in the 70s, but they were still going strong in Brazil. No car was suiting the needs of Brazilians as well as the Beetle – its affordable and reliable nature ensured its popularity for years. But, after all, the Beetle was a people’s car for 1930s Germany, not 1970s Brazil, so VW do Brasil set out to create their own interpretation of the original Volkswagen. It was necessary, as the pressure from competitors, such as Chevrolet, was increasing. Brasilia (known as Type 321) was developed using a Beetle engine and Karmann Ghia chassis. Unlike these cars, it offered 5 doors and improved space and comfort. 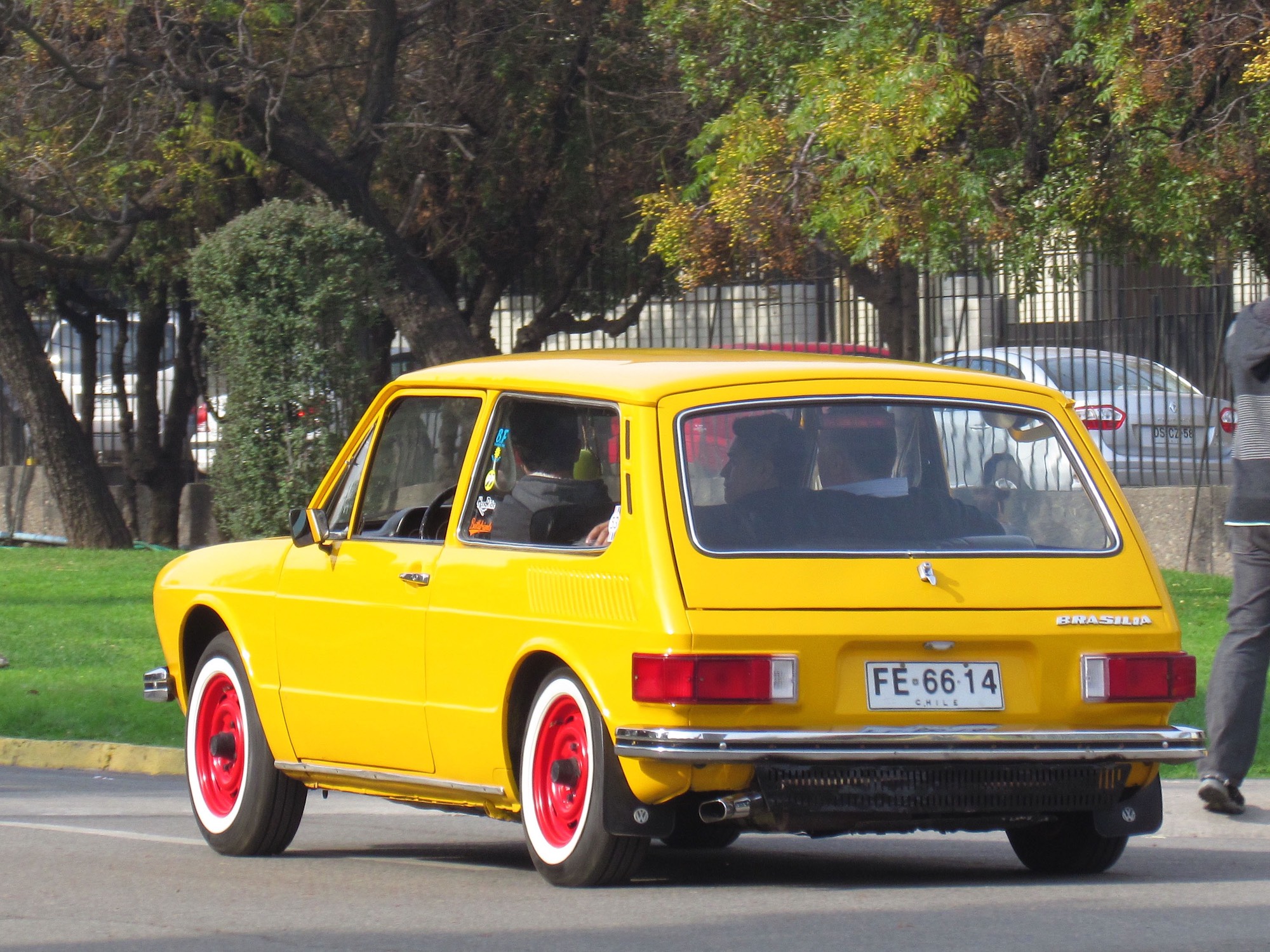 In contrast, over 1 million Brasilias were sold
© Photo by RL GNZLZ, Flickr

Produced from 1972 till 1984, Brasilia proved to be a best-seller – over one million of them were sold worldwide, making it the only successful air-cooled and rear engined Beetle successor. During the designing process, around 40 prototypes of Brasilia were developed, so the end result was indeed quite clever. Already compact VW drivetrain was further re-packaged, giving the whole wheelbase of Brasilia to the passengers, there was room for luggage both in front and back. Lastly, the car was a pretty nice place to be (for a 70s econobox) with plush seats and heaps of sunlight. This emphasis on creature comforts is reflected perfectly in the advertising from the period:

As you can see, Brazil was clinging onto their air-cooled VWs for much longer than others - last Fuscas rolled off the production line in 2003, while Kombis were produced for another decade. Despite being so long, Brazil’s love story with classic VWs is also quite dramatic. 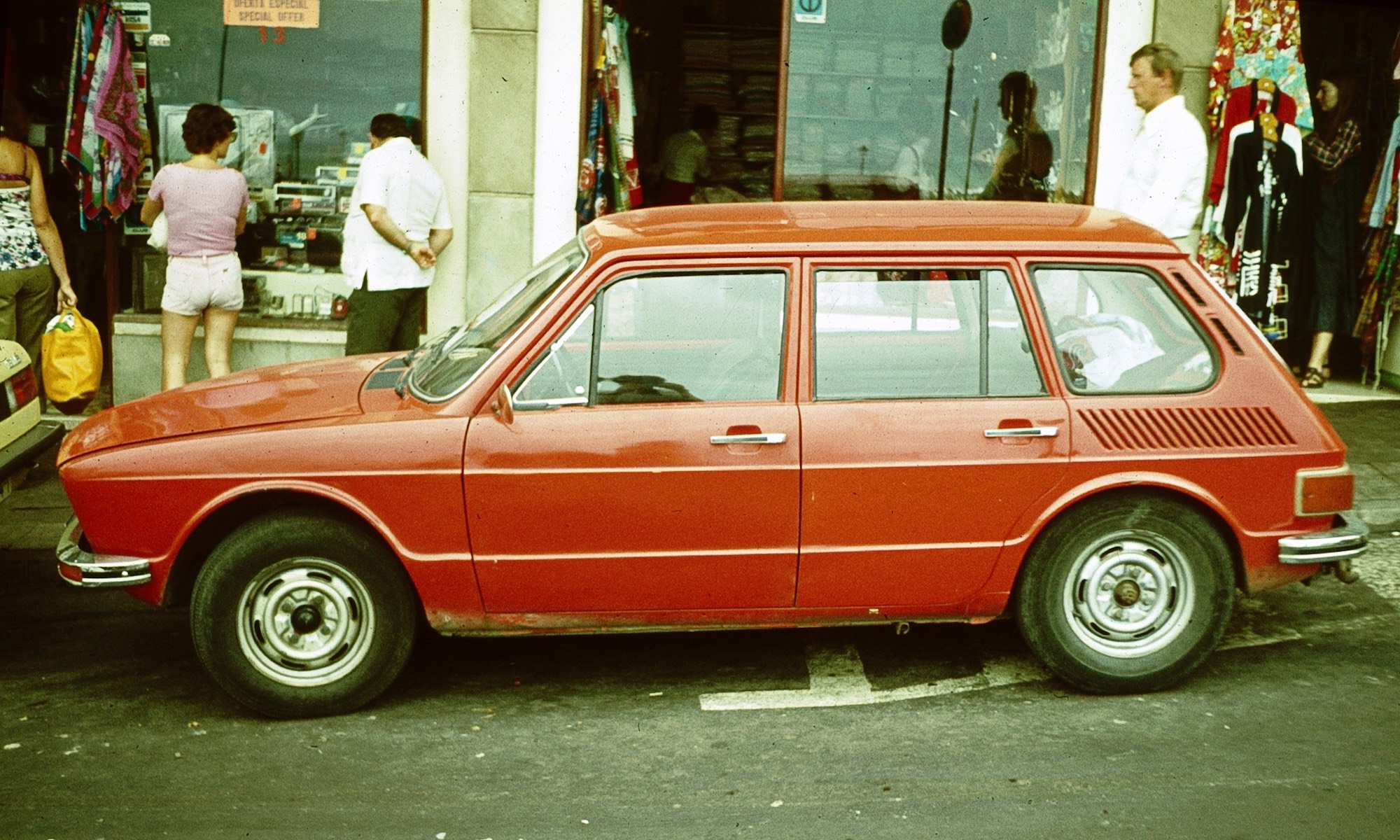 Brazilian VW branch stopped producing Fusca in 1986, which left a bubbly shaped void in Brazilian automotive variety. When the country’s market was opened for import cars in 1992, the president at the time, Itamar Franco, observed how expensive those imports were. To ensure cheap transportation for the people he commanded to resurrect the Fusca. According to Franco, there was nothing fundamentally wrong with the car, it just needed a little refreshment. VW do Brasil swiftly got to work, bought back the original production equipment and modernized the Beetle. The interior was revamped with the bits from VWs of the 90s, engine was improved and even ABS was added. Even a version of 1.6 l boxer capable of running on ethanol was developed. Which is no surprise, considering this fuel is plentiful in Brazil, where it is produced from sugar canes. 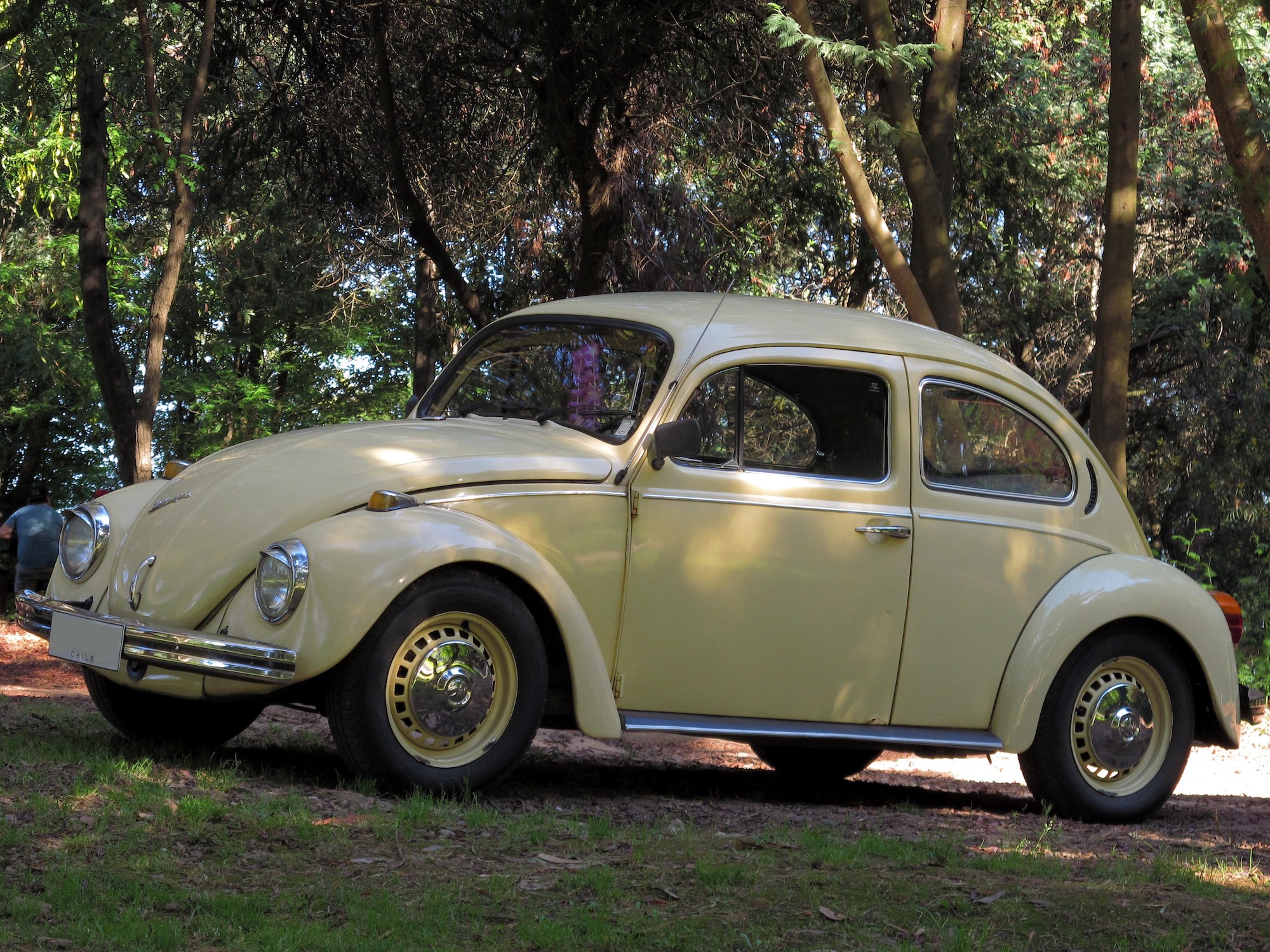 Kombis were also made to run on ethanol by giving them an engine transplant in 2006. To be more precise, it was a 1.4 inline-4 engine from Volkswagen Gol. The Kombis remained air-cooled up until 2005 and remained in production until 2013. Once again, the reason was quite straightforward - their practicality was just unmatched. There was simply no other van that would offer such cargo space for that price. On top of that, the basic construction of the Kombi did not change for more than 60 years, meaning endless spare parts and technical know-how. The demise of Kombi came not because the people stopped buying them, but because safety regulations caught up with them.

So there you have it, Brazil was an unlikely haven for honest and sturdy German cars. Not only had they managed to survive there, but also to morph into the most unlikely of shapes. Those who like the tune of air-cooled boxer have way more options to choose from just because Brazil decided to stop the car imports in 1950.