You said it. We listened. Our final This Week in Cars feature of 2020 is all about what appears to be your favourite car on Dyler.com - the Porsche 911.

Throughout 2020, we’ve kept an eye on our analytics and the numbers have shown that Porsche’s iconic rear-engined sports car is the one that you - our readers - seem to love in every single way.

This has been a challenging year one for each and every of us, but without your support, we wouldn’t have achieved half the things we did: since January, we have grown our website to have over 10,000 car listings; we grew our team, and our magazine section managed to get published in some top-tier international media.

With our record year in mind and a determination to do even better in 2021, this is our thank you to you.

Have a wonderful festive season, and we’ll see you in the New Year. 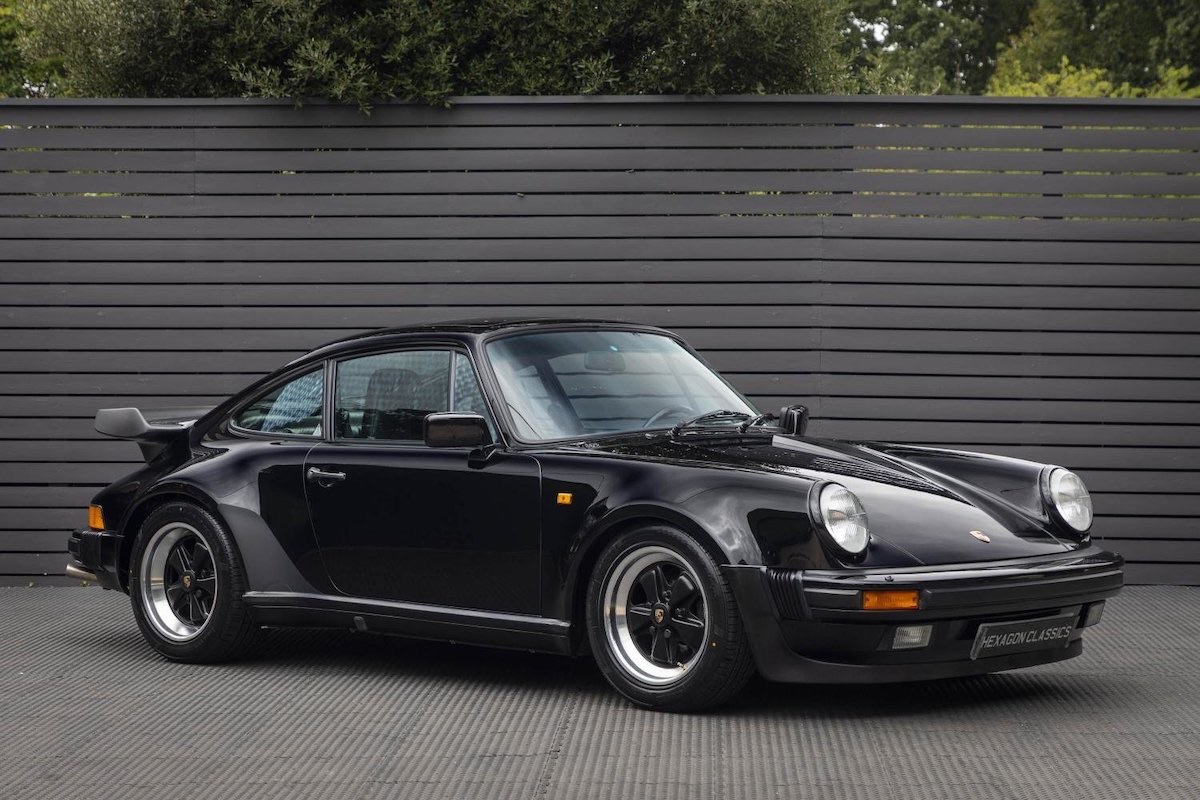 The 3.3-litre Porsche 930 Turbo you see here was the forefather to the current iteration of the 911 Turbo - the all-wheel-drive, twin-turbo, supercar you can use as a daily. Despite being known as the “widowmaker” or “witwenmacher” in German, the 930 Turbo wasn’t as fearsome as its morbid moniker suggested. However, the on/off nature of the turbo’s power delivery through the rear wheels to its 3.3-litre, rear-mounted engine means that even now - some 40 years - after its launch, the 930 Turbo is a car that demands your full respect. The heavy, non-power assisted steering, turbo lag, and a manual gearbox that needs to be worked hard is a further sign that the 930 Turbo requires you to bring your A-Game every time you go for a drive. Let your guard down, and the ‘Whale Tail’ will let you know otherwise. 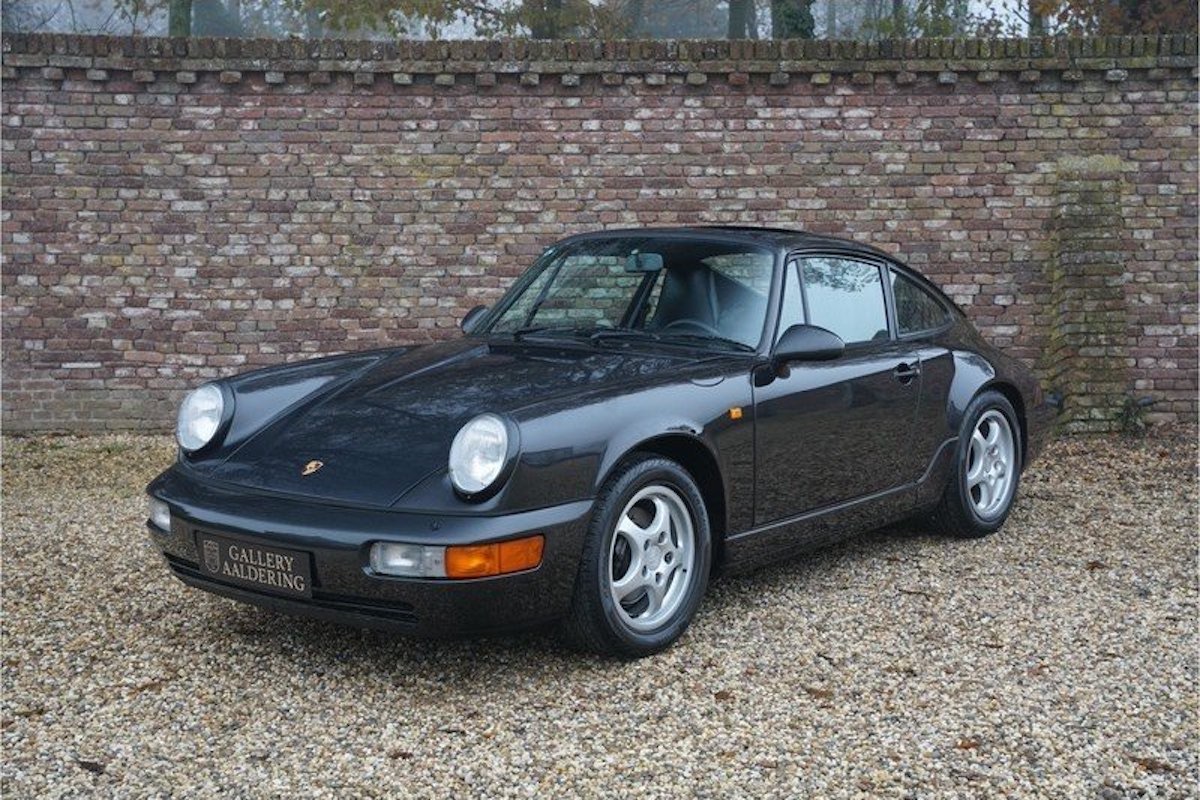 The Porsche 964 was very much a first for the 911 in a number of ways. Whilst the 930 had won many fans around the globe for its outstanding drive, it had gained a reputation for being particularly fearsome if not driven with respect. When it launched in 1989, the 964 showed the automotive world the 911’s friendlier, kinder side - it was 85% new over its predecessor, and it was the first 911 to come fitted with basic driver aids such as power steering and ABS as standard. Porsche’s addition of all-wheel-drive and an optional tiptronic transmission was yet another statement of intent that it was very much keen on civilising the 911 and tailoring it to a wider audience. Despite heading in a softer direction, the 964 was still as much of a formidable driver’s car as ever. The all-alloy, six-cylinder boxer engine made it the most powerful 911 yet, and it was quoted by the motoring press at the time as being quicker than its immediate rivals - the Ferrari 348, the Honda NSX, and the Lotus Esprit. 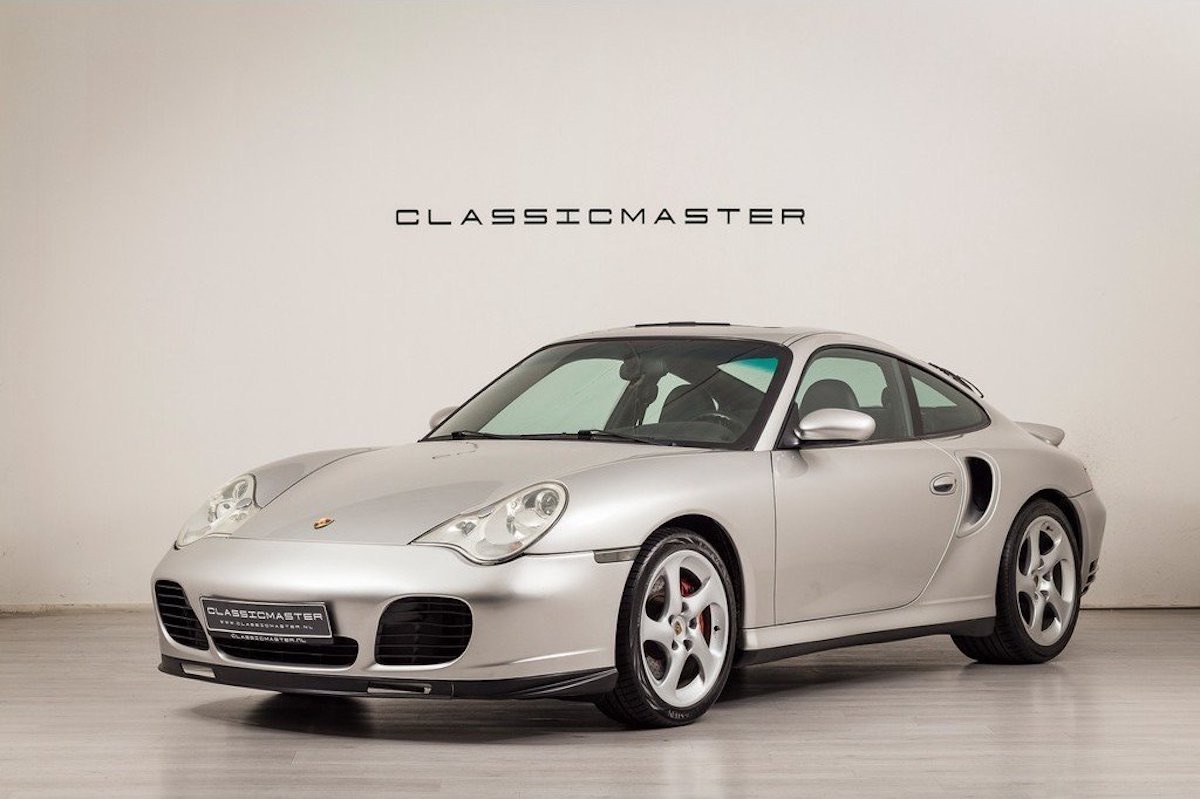 The 996 is the most controversial car in 911 history, but it will be remembered as being the car that saved Porsche
© Classic Master

Without doubt, the 996 is the most controversial car in 911 history. When it launched in 1996, Porsche purists were aghast at what Stuttgart had done to their beloved car. To grasp why the 996 caused such controversy, you have to understand that it came at a time when Porsche was struggling financially. Big time. In order for Porsche to survive the 1990s, not only did it launch the Boxster as a way of bringing the brand to a new audience, it ensured that the 996 shared many of its parts - the droopy, ‘runny egg’’ headlights, the interior and the entire front end - with the smaller car as a money saving measure. Worst of all though - in the eyes of the 911 faithful - at least, was the switch from an air-cooled engine, to a water-cooled unit. Despite the polemic nature of the 996, it is one of the engaging 911s of all time thanks to its hydraulic steering, and generally mechanical composure. The Porsche community will always have a love/hate relationship with the 996 and this is why they’re so reasonably priced models when compared to other models in the 911 family. Put aside any aesthetic prejudices you may have, and you’re buying a performance car bargain of the century. 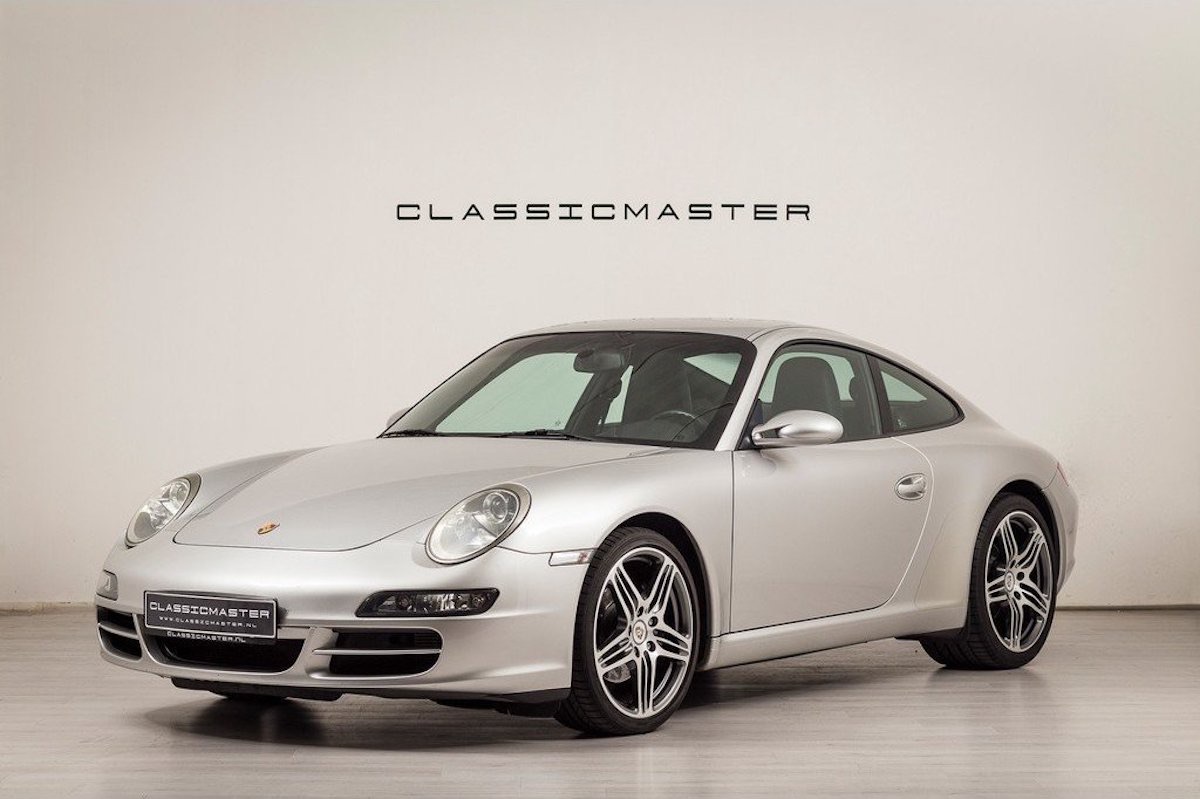 When the 997 launched towards the end of 2004, Porsche 911 purists breathed a collective sigh of relief. An evolution of the 996, the 997 retained the previous car’s analogue nature, but gone were the ‘runny egg’ lights, and the car’s overall shape was a much welcome return to a more classic design inspired by previous generations of 911. Inside, the 997’s cabin also underwent a massive upgrade in terms of ergonomics, aesthetics, and quality over the 996. Under the hood, Porsche’s engineers sprinkled their trademark Stuttgart Magic Dust over the 997’s range of engines and even now, - almost two decades after its launch - the 997 is considered mechanically bulletproof. Without doubt, the 997 is one of the greatest all-time 911s thanks to its balance of driver involvement and timeless looks. If the 996 is the car that saved Porsche, then the 997 is the car that kept the 911’s legacy alive. 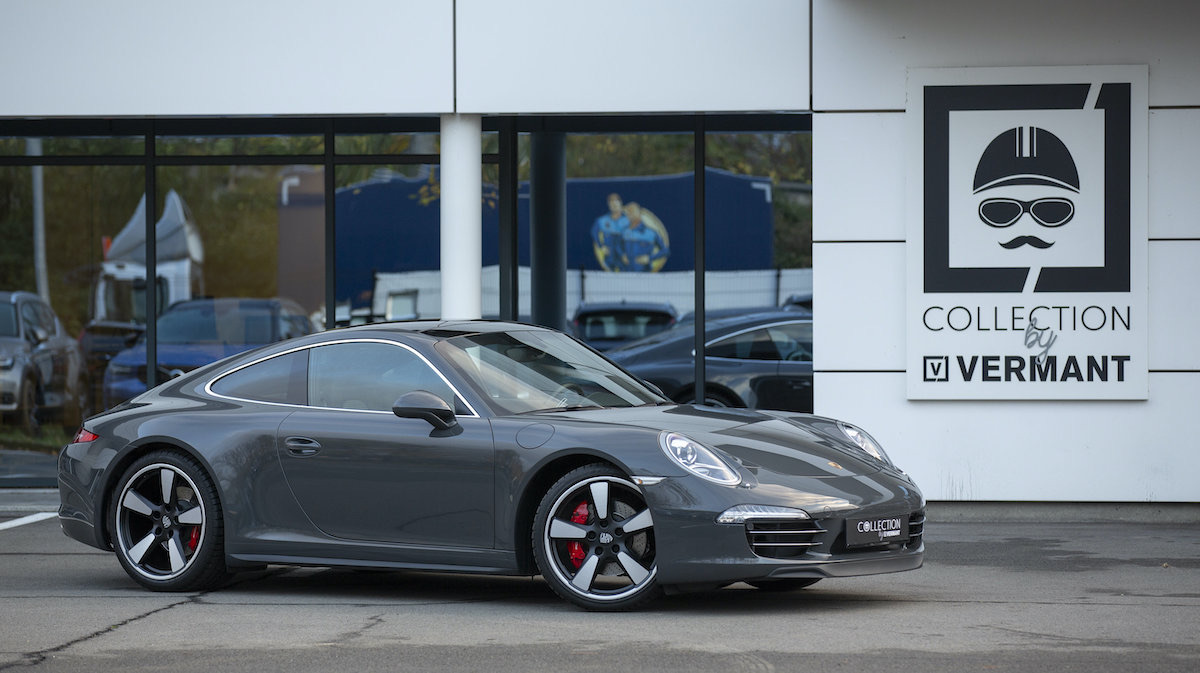 The 991 was the successor to the much-loved 996 and the third ever all-new 911 to be built from the ground up. In production from from 2011 to 2019, the 991 was a step away from the mechanical nature of its predecessors - for the first-time in 911 history, Porsche scrapped the car’s hydraulic steering for a fly-by-wire system. Meanwhile, the use of high-strength steel, aluminium and composites in its construction brought the car’s weight down to just 1,380 kilograms. The ‘50 Jahre’ model you see here is a celebration of 50 years of the 911 and despite being based on the Carrera S, it used the wider body from the Carrera 4 to give it a wider track and a more aggressive stance. Inside, the 50 Jahre had cloth seat inserts and a dash-mounted plaque commemorating 50 years of the 911 and the model number of the car (only 1963 of these cars were made). It was also fitted with either Porsche’s PDK system, or the purist’s gearbox of choice, the seven-speed manual. The 50 Jahre may not be as collectable as the 997 Sport Classic - after all, Porsche only made 250 of these highly exclusive machines. It is, however, still a very good, limited edition version of Porsche’s iconic sports car.

PRICE:
EUR 118,450
LINK TO CAR AND DEALER:
Collection by Vermant