Sixten Sason – The First Saab Designer, Turned a Drop into a Car

When you look at a Saab – whether it’s the 96, the 99, the first Sonett, or maybe one of the more recent models such as the 900 – has it ever occurred to you that they all have something in common? As if they were all united by one idea that moves from one model to another. If this thought has occurred to you, you were not mistaken. This is aerodynamics, an idea which was instilled by Saab’s first and most significant designer – Sixten Sason. He was responsible for the design work of all of the first Saab models, and the ideas that they conveyed were not forgotten right up until the very last car that Saab released.

Sixten Sason was born in 1912 in the western part of Sweden. Car designers usually display a propensity for cars from a very young age, as did Nuccio Bertone, who was already featured in a Dyler's article. However, Sason chose a profession that was close to technology, but distant from cars: he was an aeroplane pilot. Of course, these two fields were only distant until Saab began producing cars itself. But getting back to Sason: he did not become a fighter pilot or one of those aviation heroes flying over oceans. Sason went to work as a freelance designer for Saab, which was involved in the production of aircraft at the time.

This proved to be a good choice. Soon after, World War II began and Europe needed new planes, so Sixten had a chance to show what he was worth. However, the war didn't last forever, and Saab realized that in times of peace, it would be tough to survive on the production of aircraft alone and that it was time to look for a new field that could ensure stable income. Sagaciously, cars were chosen, with the understanding that once post-war Europe got back on its feet, its economy would grow and its people would want to have something to drive.

As far as the first Saab car goes, legend has it that one day, carrying a bundle of drawings, Sixten walked into the office of Gunner Ljungström, who was the engineer in charge of designing the Saab 92. These drawings depicted Sason's ideas of what the new four-wheel product coming out of the Saab factory should look like. We don't know if this is how Ljungström was actually introduced to the car design, but he liked what he saw in Sason's drawings, and the Saab 92001, which is also known as the Ursaab – the "original Saab" – went into development. 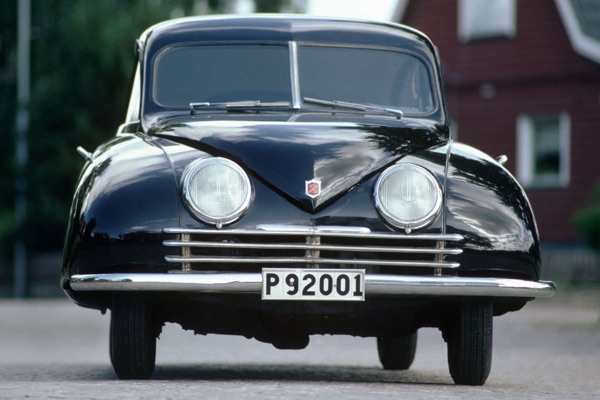 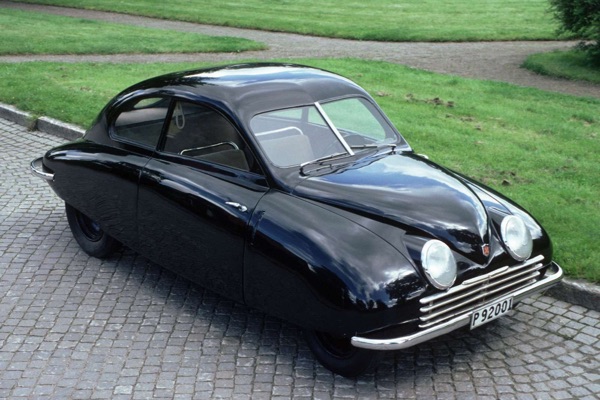 Aviation became a source of inspiration for most of the ideas, so the Saab 92001 was the first car to be developed based on aviation engineering knowledge. The thoughts that emerged in Sixten's head allowed them to achieve previously unimaginable results. For example, when tested in a wind tunnel, the Saab 92001 recorded an incredibly low drag coefficient of 0.32. This was something along the lines of science fiction for a post-war vehicle. This achievement sounds even more impressive when you take into account the fact that of the 16 engineers who developed the Ursaab, only two knew how to drive and none of them had ever worked with cars before.

The influence of aviation impacted the implementation of other design decisions as well. For example, have you ever noticed that the rear windows on all Saabs are relatively small? And do you know where that came from? Yes, the first Saab 92001. Sixten Sason created a small, rounded rear window for the Saab 92001 with a partition down the middle after consulting with engineers who worked in aviation. This boils down to the fact that wherever possible, each element in aircraft design has additional reinforcements. Since it was impossible to directly transfer this to a car, the engineers decided to strengthen the body of the Saab 92001 at the expense of the rear window. 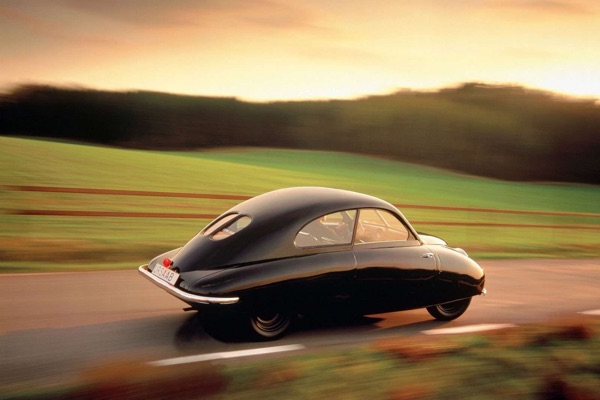 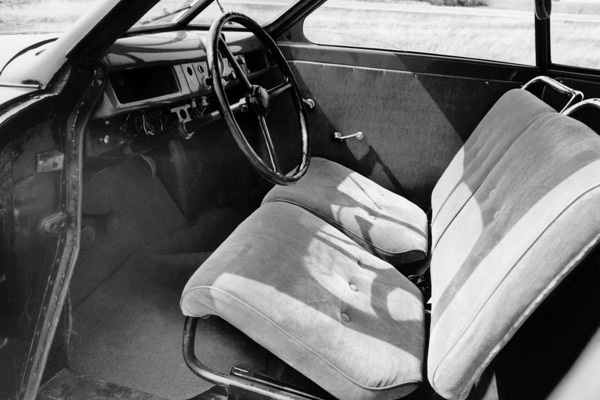 Sason even used aviation knowledge in creating the wheel arch design. From the late 1930s to the late 1940s, before retracting landing gear became widespread, most aircraft had wheel spats. Sixten Sason's hands made a similar decision in the Ursaab and the body neatly enveloped the front and rear wheels of the Saab 92001. This was very convenient when using the car in winter, as the spats would keep snow from accumulating on the wheels, thus reducing the danger of losing grip on the road.

Even though the Saab 92001 Ursaab never made it to the assembly line, the first production model, the Saab 92, came out in 1949. In terms of design, it was basically the same as the Ursaab, only with a slightly different front end that Saxon modified himself. While the model did not sell as well as the Beetle or the Citroën 2CV, it did very well in rallying. One can hardly deny that this was the merit of the aerodynamic lines that Sixten Sason drew, which allowed the car to speed up on the course faster than its competitors. The car that replaced the Saab 92, named the Saab 96, retained the lines of its predecessor and its actual composition, but was even more successful in motor racing and even competed at the Monte Carlo Rally. 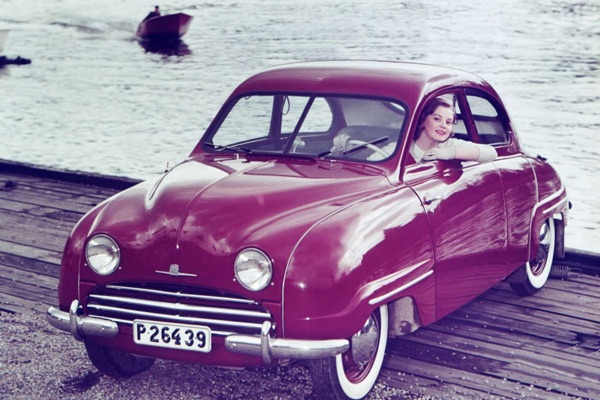 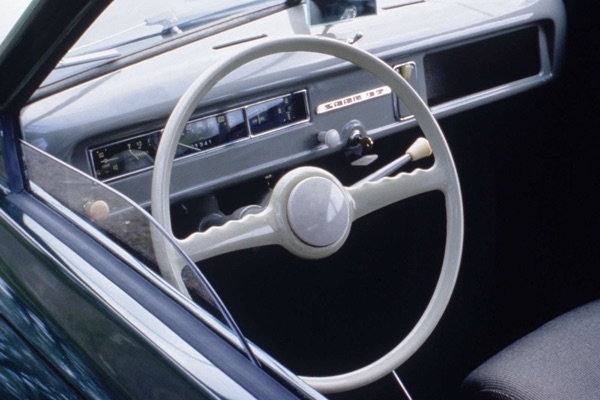 However, Sixten Sason didn't only do the bodywork for Saabs that were designed for the general public and doing well in rallies. In 1955, a few Saab engineers used engines from other Saab models to create a roadster racer with a sleek body designed by Sason – the Saab Sonett I. The body was not metal – it was made of fibreglass, like the Chevrolet Corvette that had just come out. With parameters and sleek lines that produced a top speed of 190 km/h, the Sonett I had the prospect of success on the race circuit; however, the rules for race cars changed at that time and the Sonett never made it to the track – only six of these cars were ever built. 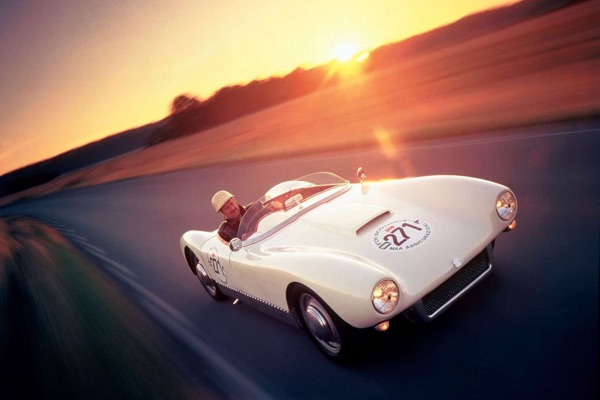 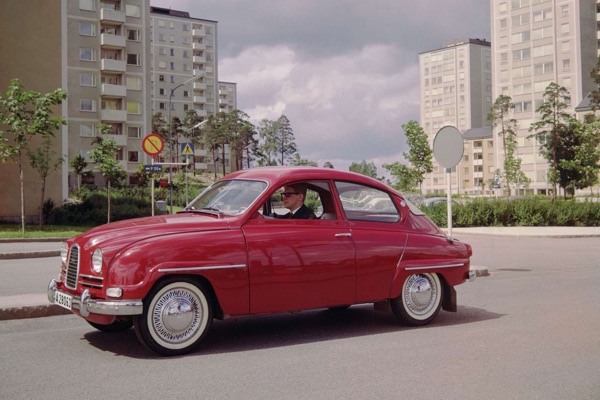 In 1964, Saab realized that it couldn't keep mass-producing 92s and 96s forever, and that something would need to take their place in the future. Design of the new Saab production model was once again entrusted to Sixteen Sason. The new Saab reflected Sason's aviation experience. The sleek Saab 99, which stylistically was unlike any other car being produced at the time, was first shown on November 22, 1967, half a year after Sixten Sason death... Who knows what other Saab models would have looked like had Sason not passed away so young. However, Saab preserved the ideas behind his design until its very last model, the 9-5, with which Saab closed its factory gates for good in 2012. 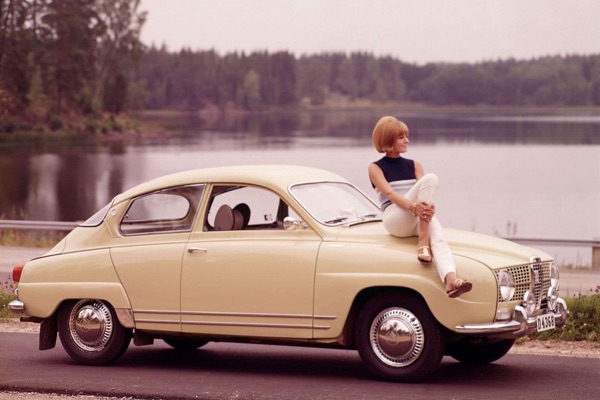 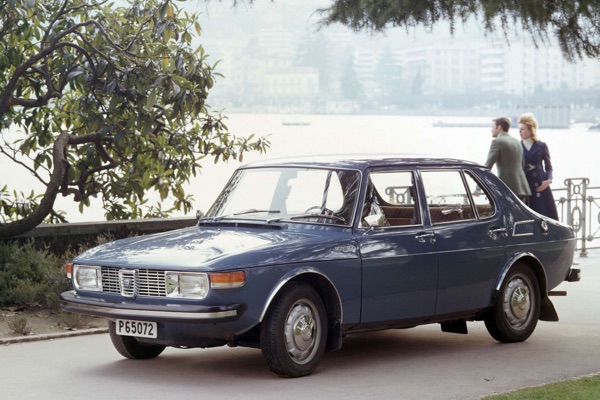