F1 2021 Season Preview Part 2: Will Ferrari Improve on its 2021 F1 Disaster, and Can The HAAS Rookies of Schumacher and Mazepin Outperform Williams?

In Part 1 of the Dyler 2021 F1 season preview, we looked at the top five teams and how we think they will fare in the upcoming F1 season.

Throughout this second part, we’ll look at the lower part of the midfield starting with Ferrari who go into F1 2021 on the back of their worst season in 40 years, and round off our season preview with the backmarking outfits of HAAS and the rejuvenated Williams squad. 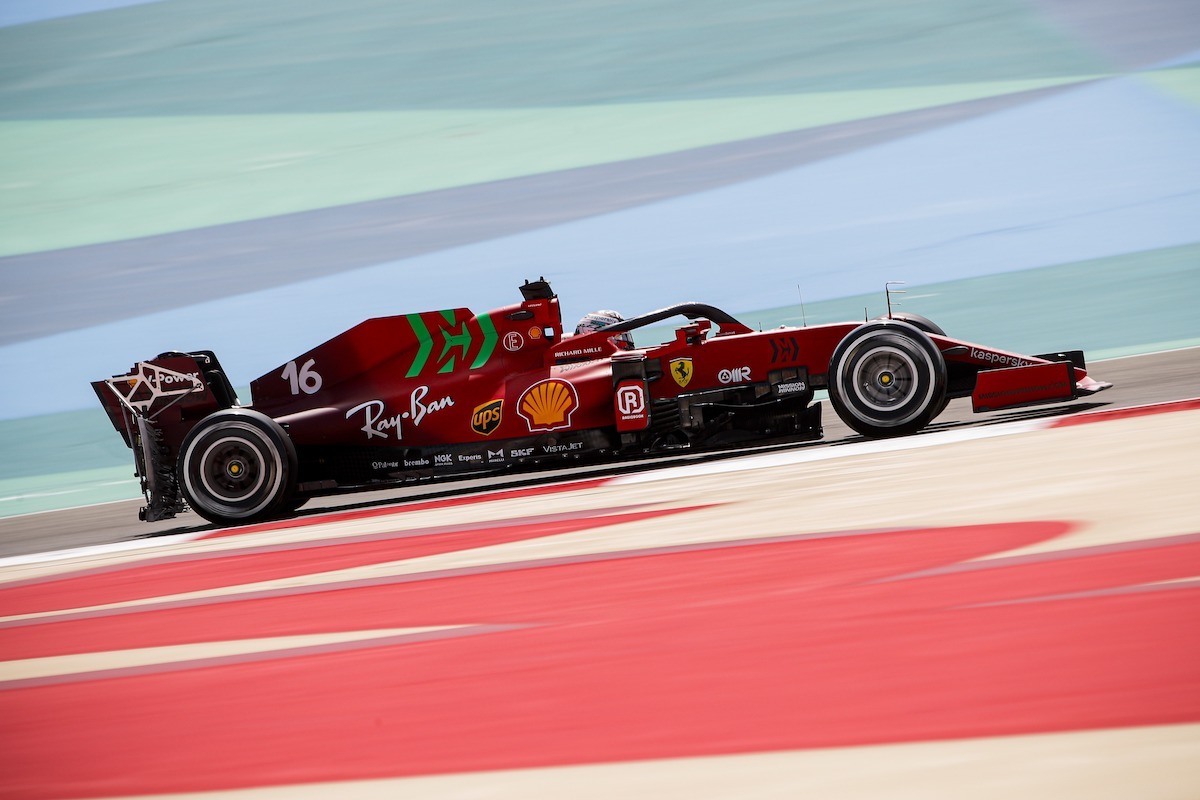 Can Charles Leclerc and Carlos Sainz get the best out of Ferrari’s 2021 F1 challenger, the SF21?
© Racefans.net

What you need to know: In 2020, Ferrari suffered their worst F1 season since 1980. Despite three podium finishes - two for Charles Leclerc, one for Vettel - F1’s most famous team had very little to smile about last year. The SF1000 was both underpowered and aerodynamically inefficient, which made it difficult for the drivers to get the best out of it. Given that the teams are relatively restricted about what they can do to improve their cars in 2021 as a result of the rule changes, it looks likely that the Scuderia will face another difficult season. It’s not all doom and gloom, though. Mattia Binotto remains as the team principal, and Carlos Sainz replaces Vettel after moving over from McLaren. The team is also confident that it has made up the power deficit that hurt it so badly on power-heavy tracks last season. All said and done though, F1’s technical overhaul in 2022 still remains Ferrari’s best opportunity to find its way back to the top.

Our prediction: Ferrari’s 2021 challenger, the SF21, ran relatively drama free in pre-season testing and it has a motivated driver pairing in Leclerc and Sainz. Yet given that the car is an evolution of last year’s rather than an outright revolution, expect Ferrari to finish sixth once again in the constructors’ with both drivers languishing around 11th and 12 respectively. However, the gap to the other midfield teams will not be as large as last year. 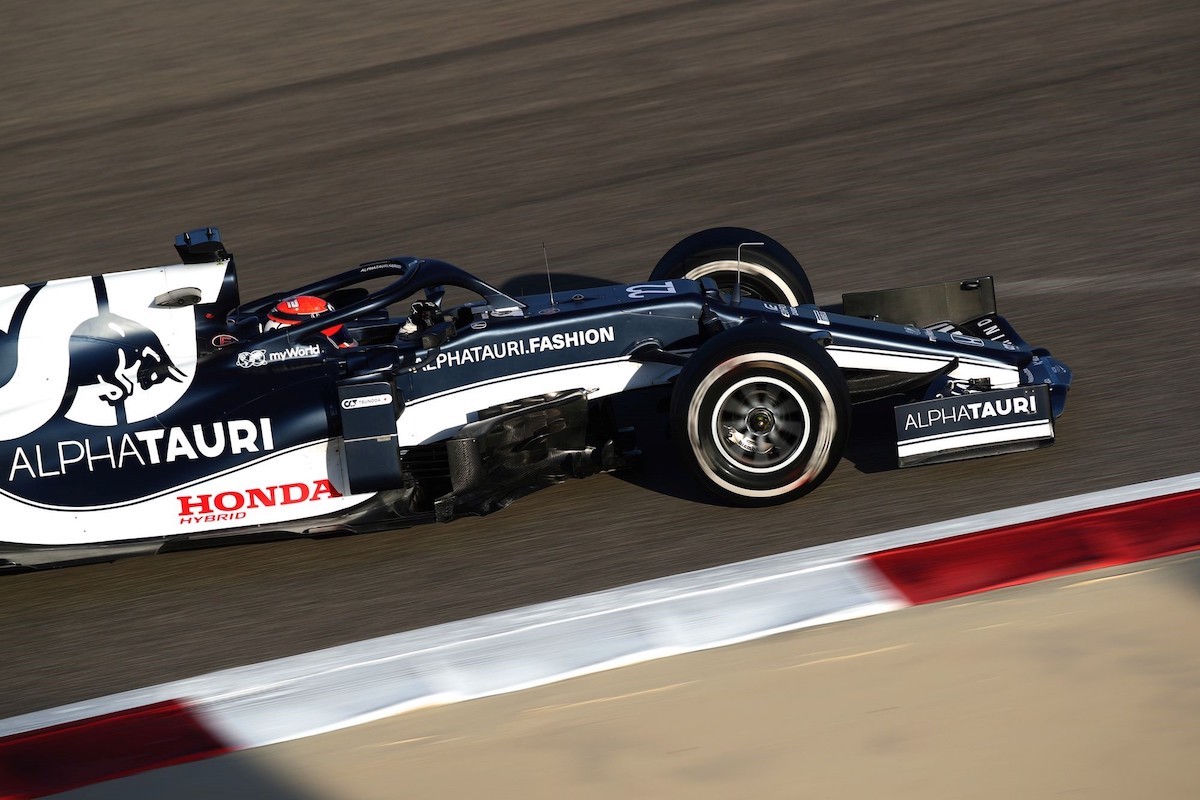 What you need to know: Alpha Tauri were one of the outstanding packages of the 2020 F1 season and also responsible for one the feel good moments of the year with Pierre Gasly’s shock Monza win. Gasly is also one of F1’s most in-form drivers at the moment, and was one of the most consistent performers of 2020. The Frenchman finished 10th in the standings ahead of the likes of Lance Stroll (who arguably had the third-fastest car on the grid), Sebastian Vettel, and Esteban Ocon, and gave then-teammate, Daniil Kvyat, a thorough pasting - by the end of the season, Kvyat had scored 32 points to Gasly’s 75. For 2021, Gasly remains with the team and Kvyat has been replaced by Japanese rookie, Yuki Tsunoda. Tsunoda joins the team on the back of a highly successful 2020 Formula 2 campaign in which he finished third with three wins, seven podiums, four poles and two fastest laps. Alpha Tauri’s faith in Tsunoda looks well placed, after he set the second fastest time on the final day of pre-season testing, just 0.098 seconds behind Max Verstappen in the Red Bull.

Our prediction: There won’t be any wins for Alpha Tauri this in 2021, but Gasly will still perform strongly in the midfield, and Tsunoda will be much closer to him than Kvyat ever was. By the end of the season, the team will finish seventh in the constructors’ standings. 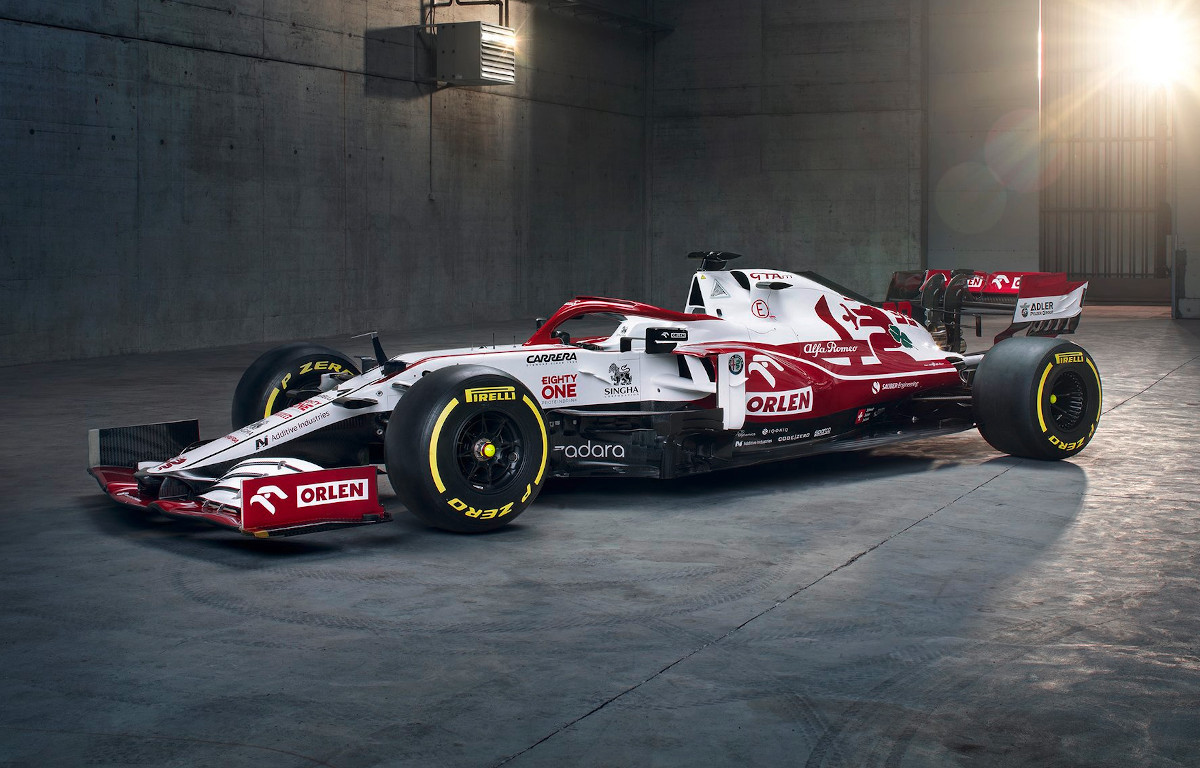 What you need to know: the 2020 F1 season was a pretty anonymous affair for Alfa Romeo. Once again, Kimi Räikkönen and teammate Antonio Giovinazzi were reasonably well-matched both scoring four points apiece. The team’s quiet season was no-doubt hindered by the wheezy Ferrari power unit, and should the Italian manufacturer’s claims of having eliminated the power deficit be correct, then expect Alfa Romeo to improve on their eight points scored in 2020.

Our prediction: Ninth in the standings for Alfa Romeo with Räikkönen outscoring Giovinazzi. The 2007 F1 champion will then head into retirement after his 85th season in the sport. Should Giovinazzi have another quiet year, don’t be surprised if he leaves the team at the end of the season too. 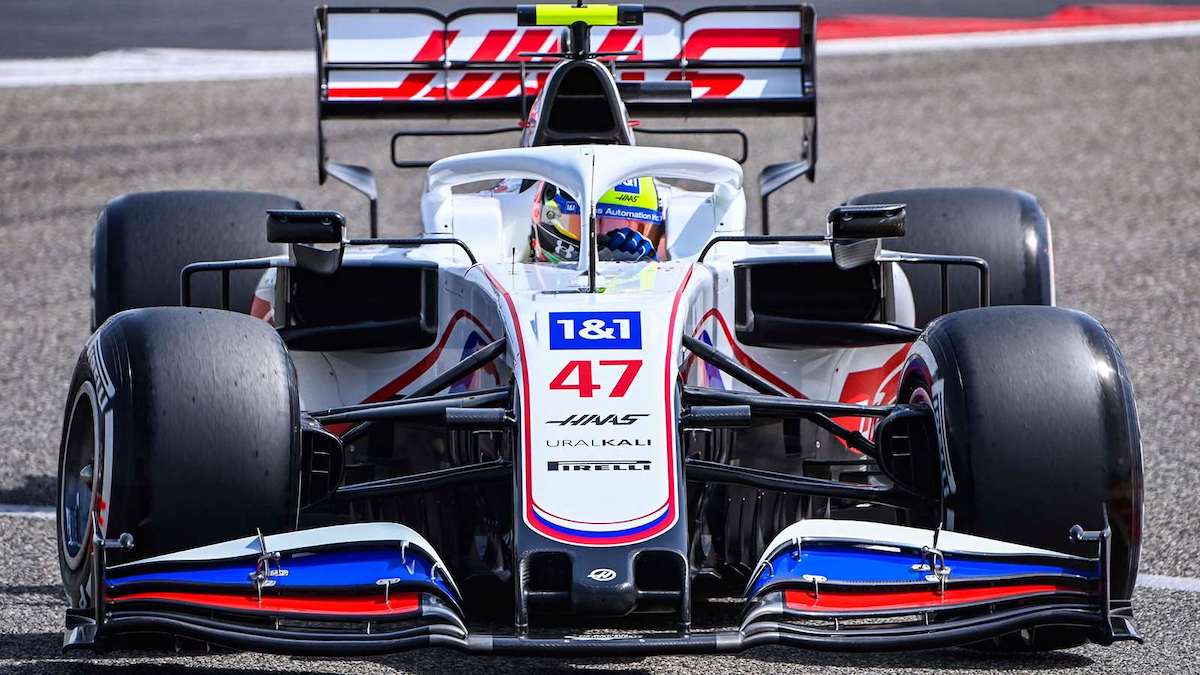 HAAS will field the only all rookie driver pairing of F1 2020 with Nikita Mazepin and Mick Schumacher
© GPFans.net

What you need to know: HAAS is the only team to go into the 2021 F1 season with an all-new driver lineup. After releasing long termers Romain Grosjean and Kevin Magnussen, rookies Mick Schumacher and Nikita Mazepin have joined the team. Mazepin also brings some much needed cash in the form of Russia’s Uralkali fertiliser company, which is now the team’s title sponsor (hence the Russian flag-inspired livery). It’s no secret that 2021 is a matter of survival for HAAS, with team principal Guenther Steiner on record as saying so. It seems a long since HAAS finished fifth in the constructors’ championship, and whilst Mazepin and Schumacher are quick, their lack of experience and a fundamentally poor car means that HAAS is unlikely to be climbing up the grid any time soon.

Our prediction: Given that the HAAS VF-21 will be largely unchanged from its tricky-to-drive predecessor, the VF-20, expect the team to finish 10th and last in the standings. The 2021 season will be very much a learning year for both team and driver. 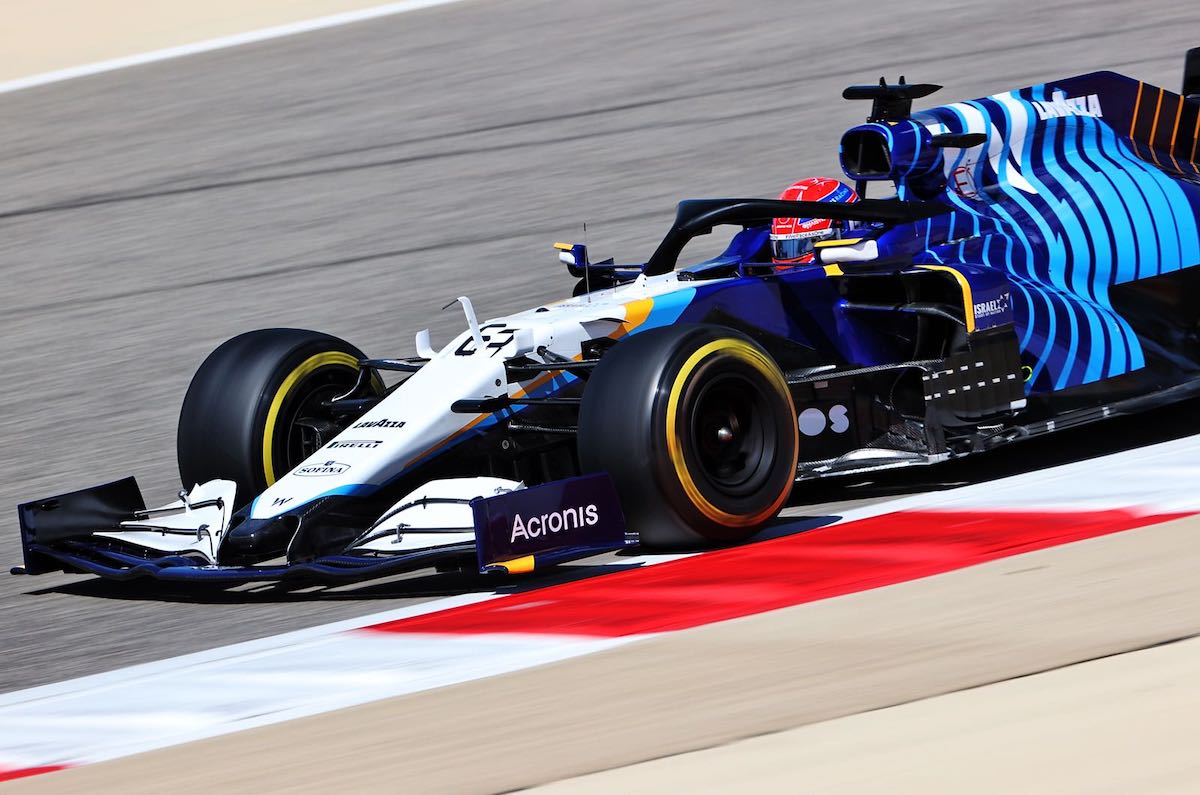 It’s all change at the Williams F1 team thanks to its new owners, Dorilton Capital
© Williams F1 Team

What you need to know: In 2020, the Williams team underwent its biggest chance since the team was founded in 1977. After more than 40 years, the team was sold and for 2021, no member of the Williams family will be running the show. Williams was bought by the Dorilton Capital investment group for EUR 152m and the new owners haven’t been shy when it comes to throwing some much needed cash at the beleaguered team. Jost Capito - the very same Jost Capito who oversaw Volkswagen Motorsport’s four consecutive WRC titles from 2012 to 2016 - is the team CEO, and he is joined by ex-VW WRC man Francois-Xavier Demaison who developed the all-conquering Polo WRC. The 2009 F1 champion Jenson Button has also returned to Williams - the team with whom he made his F1 debut in 2000 - as a senior advisor. As for the drivers, no more needs to be said for George Russell whose huge talent has shone since he made his debut with the team in 2019. Should either of the Mercedes drivers leave, Russell will almost certainly end up in one of the vacant seats. As for Russell’s teammate Nicholas Latifi, he’ll have another solid-but-unspectacular year.

Our prediction: Williams will finish eighth in the constructors’ championship, their best result since 2017. Russell will score a handful of points, as will Latifi. However, it will be Russell who ends the year on top before leaving for Mercedes.

What do you think about Part 2 of our F1 2021 preview? Accurate, massively wrong, or somewhere in between? Let us know by getting in touch with us via our Facebook or Instagram pages!