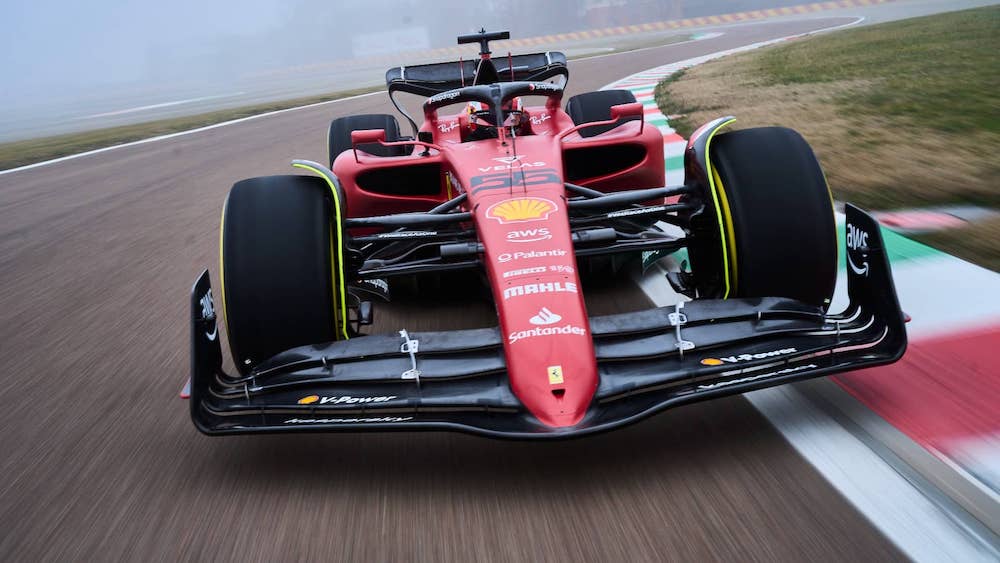 After what has felt like an entire year since Max Verstappen won his maiden Formula 1 title at Abu Dhabi, F1 2022 is here with an all-new look. What’s more, F1’s all-new era and 2022 calendar begins with the season opener in Bahrain on March 18. By the time you read this, that’ll be about a fortnight away!

So, what is there to be massively excited about for F1 2022? Well, 2022 sees the arrival of the first all-new technical regulations since 2014 when the turbo-hybrid era was introduced. Whilst the 1.6-litre turbo-hybrid engines will remain for this season and until at least 2026, there are plenty of new rules and regulations aimed at creating a more equal playing field for the 10 teams.

Aerodynamics have been simplified, so don’t expect the sprouting wings and endplates we grew accustomed to during the last F1 seasons. Instead - when you scroll down - you’ll see that 2022’s F1 cars boast a cleaner design. The new less-cluttered aesthetic is aimed at improving overtaking and ensuring drivers can follow the car ahead easier.

What’s more, aerodynamic testing restrictions have been tightened in order to help the smaller teams catch up with the frontrunners… and talking of restrictions, the FIA has introduced an annual budget cap of $142,200,000. In theory, then, the innovative use of resources - and not outspending rivals - will be the way to the front of the grid. 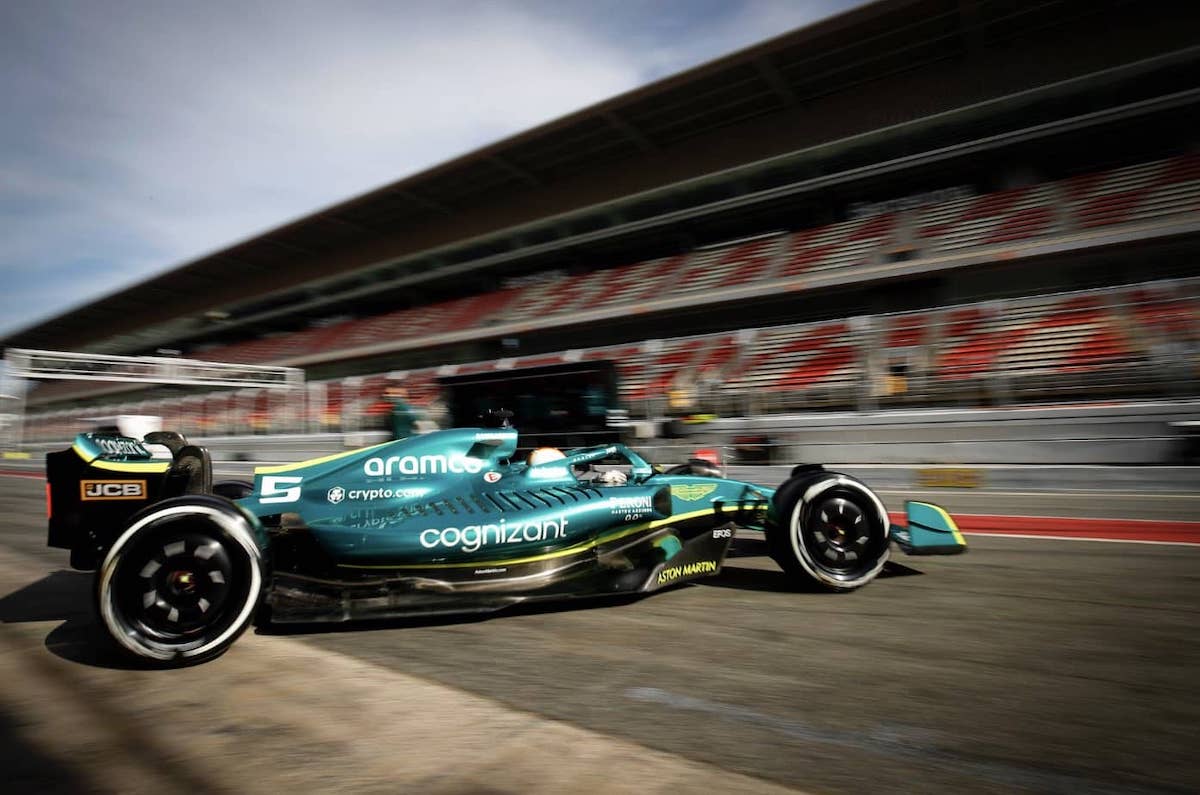 In its previous guises of Racing Point and Force India, Aston Martin has historically punched well above its weight given the resources at its disposal - can they do the same this year in F1 2022 with the new rules?
© Aston Martin F1 Team

These - at least we think - are the most important rule changes to be aware of for 2022. However, if you are interested in a deeper understanding of the technical regs, then the clever people over at the official F1 site have done that for you.

Now, at Dyler we’re not Autosport, so we’ll not be making any predictions about who’s leading the way this year. The class of F1 2022 has only done three days of testing so far - that was February 23 - 25 in Barcelona - and there are a handful of further days from March 10 - 12 in Barcelona.

So, let’s face facts: with so little testing time, nobody apart from the F1 teams themselves know how good their cars are and where they stand in the pecking order.

That makes it pretty much impossible to make an analysis. Our Editor - somewhat of an F1 connoisseur himself - predicted Lewis Hamilton would win his eighth F1 drivers’ title last year, Ferrari would have another shocker, and Sebastian Vettel would win a race in his debut season as an Aston Martin F1 driver…

… none of that happened, did it?

With that in mind, this year’s F1 season predictions are based entirely on how the cars look. Using our logic, the cars with the best liveries and designs will be the fastest. 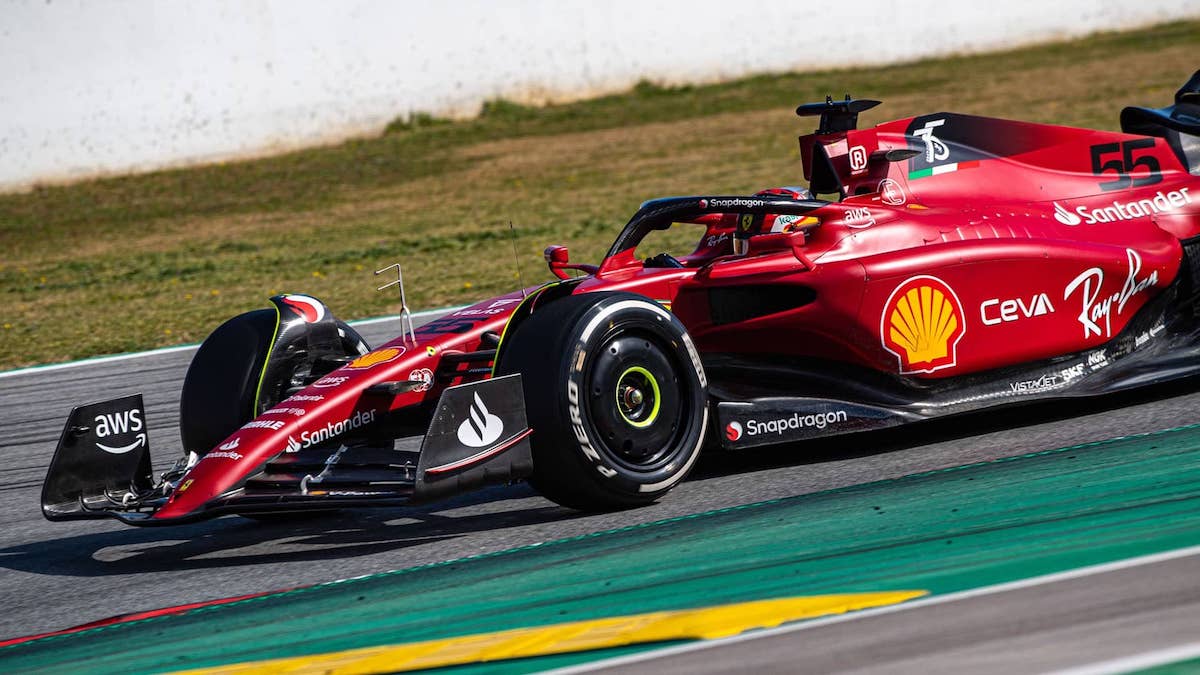 The Ferrari F1-75 is a great looking car which will be driven by the best-looking driver line-up - Ch.Leclerc and C.Sainz - in F1
© Ferrari

Since Ferrari first started racing in Formula 1 back in 1950, the Scuderia has never made a bad looking F1 car. Ultimately disappointing ones, yes, but nothing with the appearance that only a mother could love. For 2022 though, Ferrari has outdone itself even by its usual high standards. With the absence of Marlboro - sorry, Mission Winnow - branding for the first time since the 1980s, the team is no longer contractually obligated to painting its cars in fag packet red. Instead, the design team at Maranello has painted its F1-75 challenger a darker hue. Its already-aggressive design has been further enhanced by the black inserts and wings which hark back to Ferrari F1 cars of the early-to-mid 1990s. In Charles Leclerc and Carlos Sainz, Ferrari also has the hottest driver line-up in terms of looks. Massively. For the reasons you’ve just read then, Ferrari should comprehensively win both the drivers’ and constructors’ titles by a country mile. 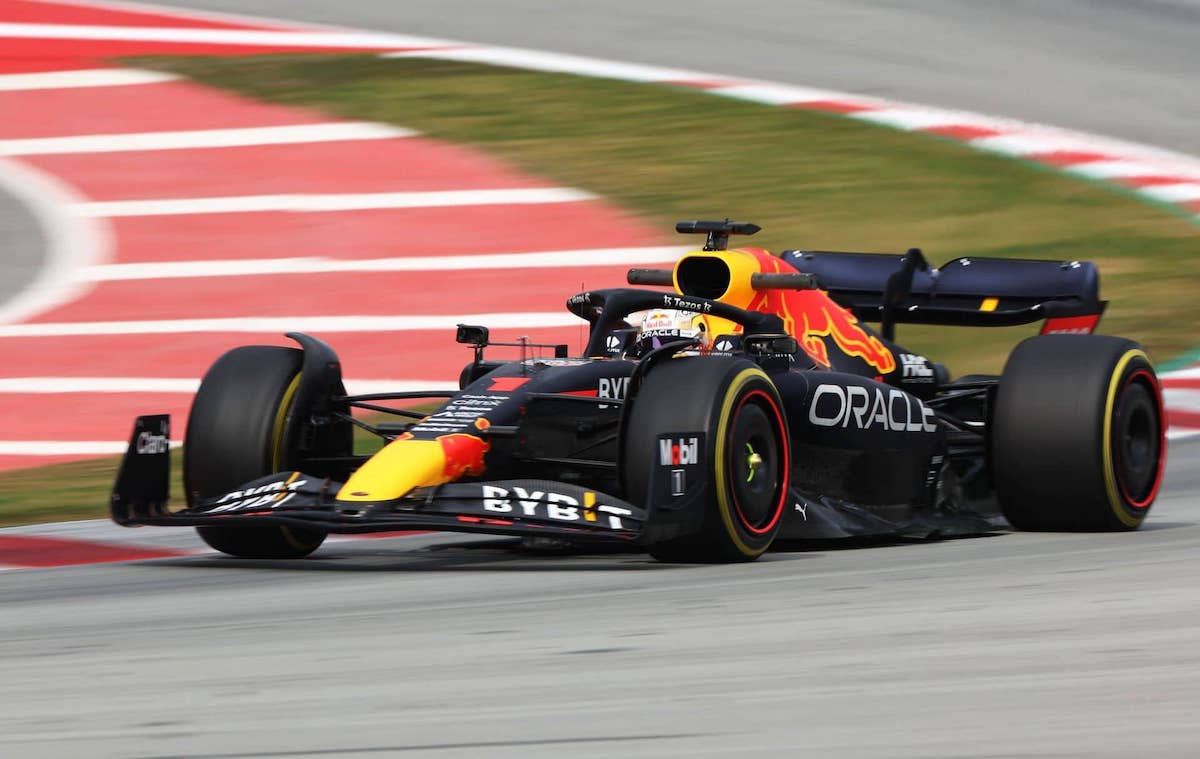 For years now, Red Bull has been giving us solid-if-unspectacular liveries by sticking to its corporate colours of dark blue, red, and yellow. There was that time their cars wore that gopping purple ‘Infiniti’ branding, but that was in the past. Anyway, the trad RBR colours have become part of one of the F1 classic liveries and its 2022 car, the RB18, is no different. As a piece of design, the car with which Max Verstappen will defend his driver’s title looks fast even when standing still. Furthermore, the RB18’s side pods - penned by no other than Adrian Newey - are works of art . If the axiom of “a good looking race car is a fast race car” is true, then Red Bull are already at a massive advantage. 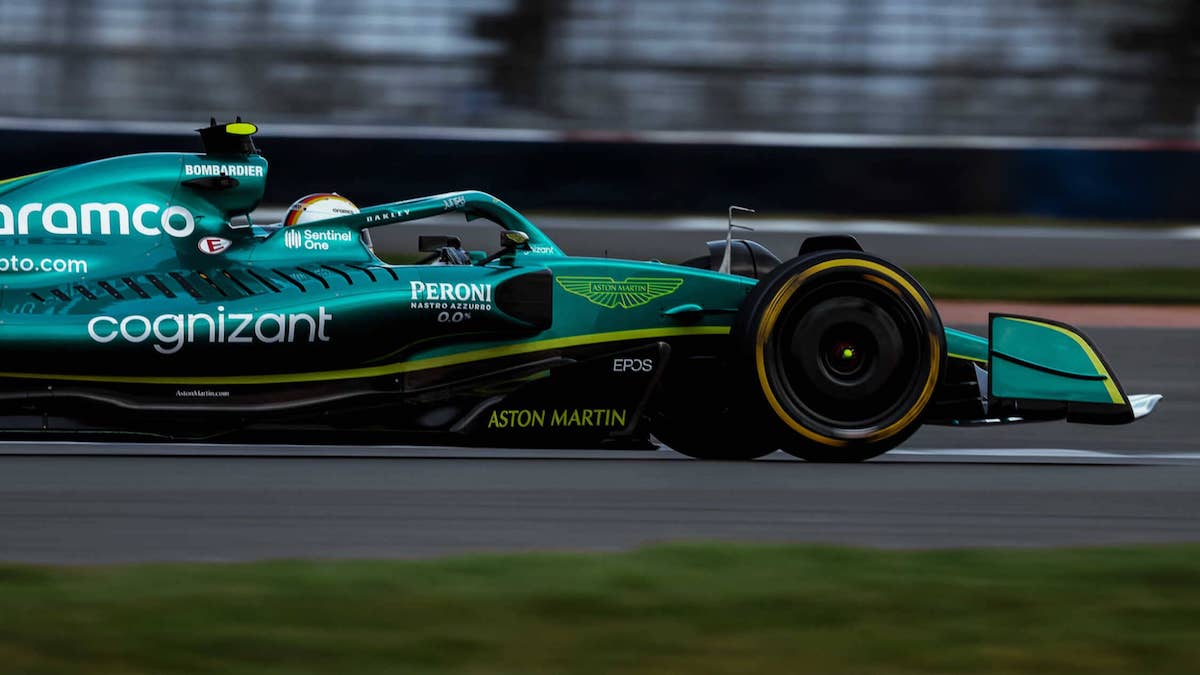 The Aston Martin F1 Team has tweaked its shades of green for the 2022 F1 season and its AMR22 looks even better than its predecessor
© Motorsport.com

Whilst the performances of the Aston Martin F1 Team were - to put it politely - “fluctuating” in their 2021 comeback season, they did boast one of the best liveries on the grid. The dark green with the pink accents from ex-sponsor BWT created for one of the tastiest designs of the year. For 2022, the Silverstone-based team has tweaked its F1 2022 challenger, the AMR22, to look even better. The dark green has been lightened to become more visible on camera. Meanwhile, the BWT pink has been replaced with the Aston Martin lime green we’ve all come to know and love from its FIA World Endurance Championship programme. Factor in the AMR22’s “fish slice” air vents on its super-tight sidepods, and it looks like that Aston Martin - from an aesthetic point of view - have a lean, (lime) green, fighting machine at their disposal. 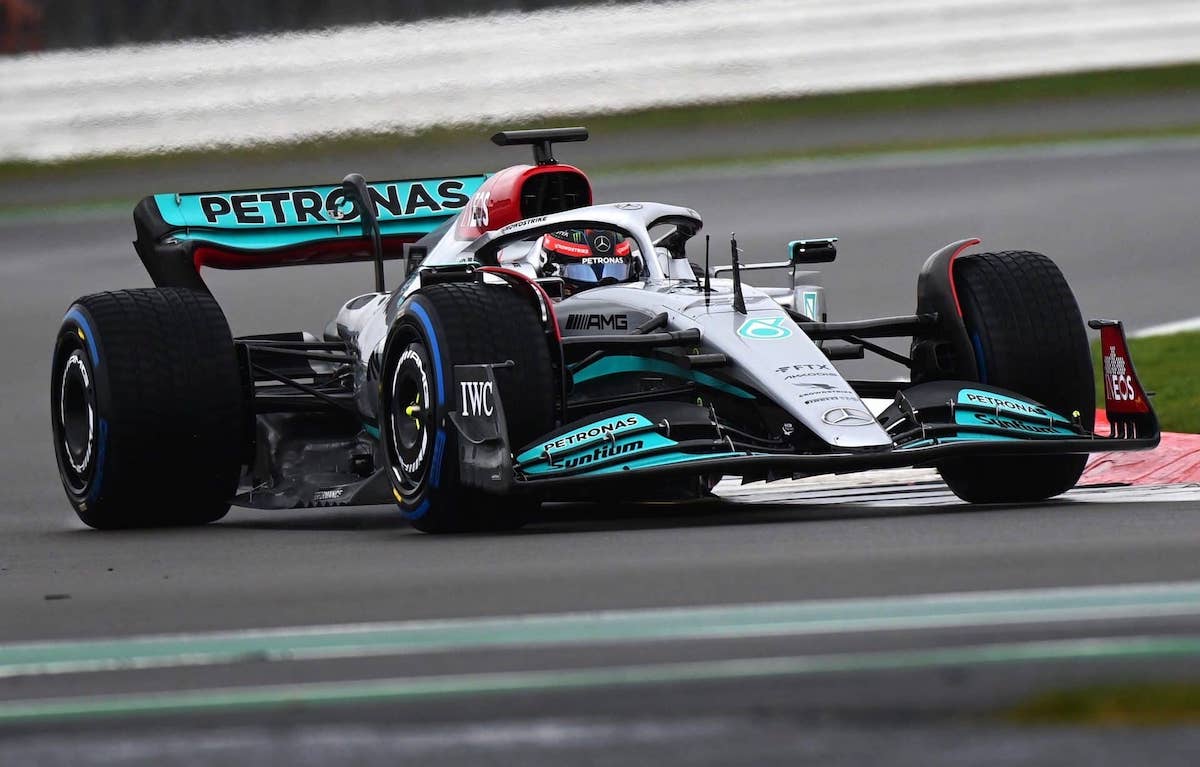 Mercedes F1 returns to silver for the first time since 2020 and it looks as classy as it always has done
© Racingnews365.com

There are two big changes at Mercedes in 2022: Firstly, George Russell has joined last year’s F1 constructors’ champions from Williams to replace Valtteri Bottas who has switched to Alfa Romeo. Secondly, now racism has been single-handedly stopped by the FIA and F1’s efforts over the last two seasons, the most successful team of the turbo-hybrid era team has reverted back to its traditional silver colour scheme. The silver and teal colours are nothing radical, but since returning to F1 in 2010, Mercedes has always had a smart, understated livery, and it has always produced decent looking race cars. The W13 looks to continue very much in this tradition. 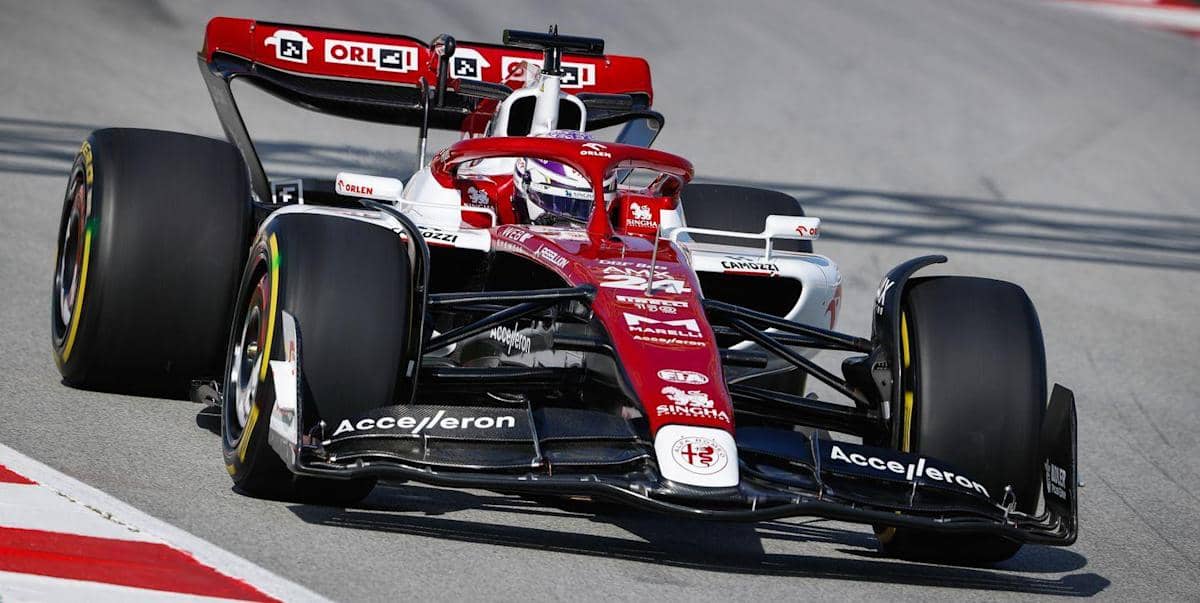 Since it re-entered the sport in 2018, Alfa Romeo has produced some of the best liveries in F1. After all, it’s FACT that red, white, and black are some of the most ‘racing’ colours you can find. What’s more, the team brings together two things that everyone with even the tiniest drop of gasoline running through their veins loves - Italy, and Alfa Romeo. To pull at the automotive heartstrings even further, the team has added a retro font to the Alfa Romeo branding on the car, which is reminiscent of its early years as a carmaker with a firm eye on motorsport. Just take our money for some merch now, Alfa! 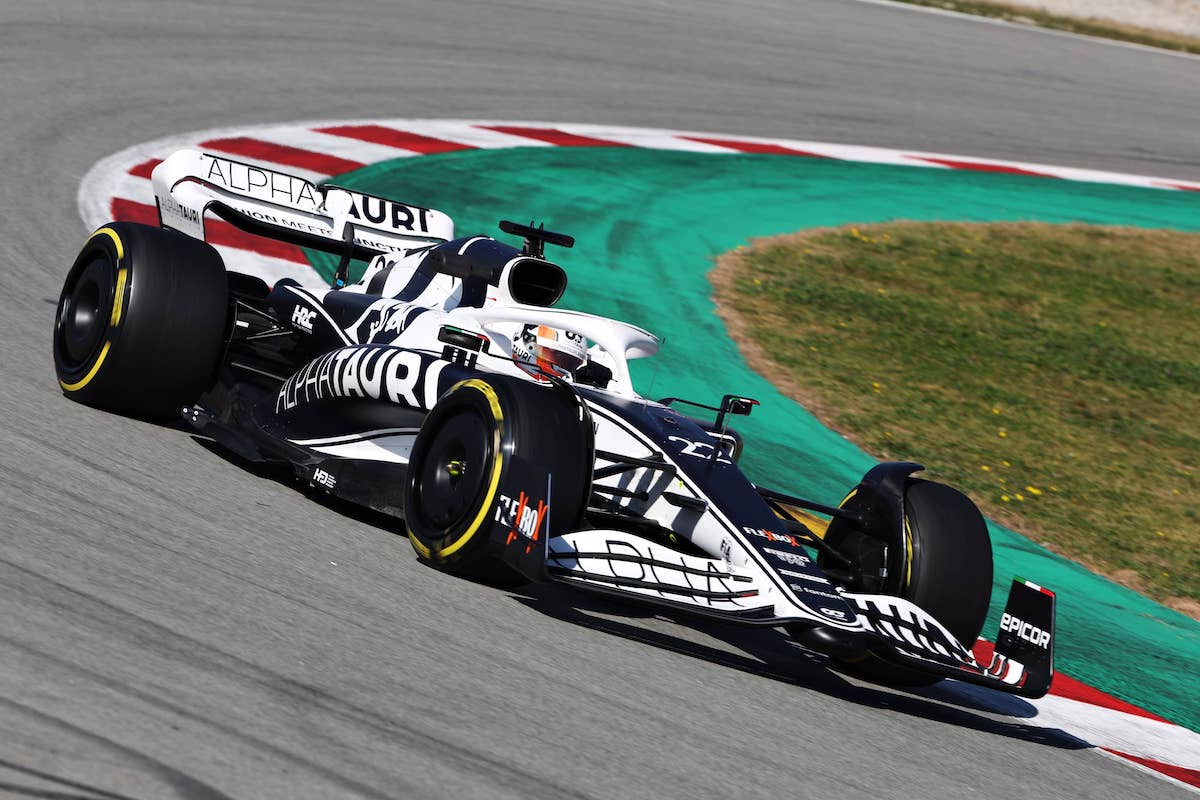 As Alpha Tauri keeps provide, there is nothing bad to come from a blue and white livery - their AT03 2022 F1 challenger is their best yet
© Alpha Tauri F1

Since Toro Rosso became Alpha Tauri for 2020, they’ve been a team on the rise - largely thanks to Pierre Gasly - and have worn one of the neatest liveries on the grid. Their ‘do’ is nothing flashy, but blue and white works well on well… anything, really! What’s more, the AT03 as a design is a thing of niceness. It’s just tidy. The team from Faenza has combined a classic colour combo with a cleanly-designed car. You can’t argue with that, can you? 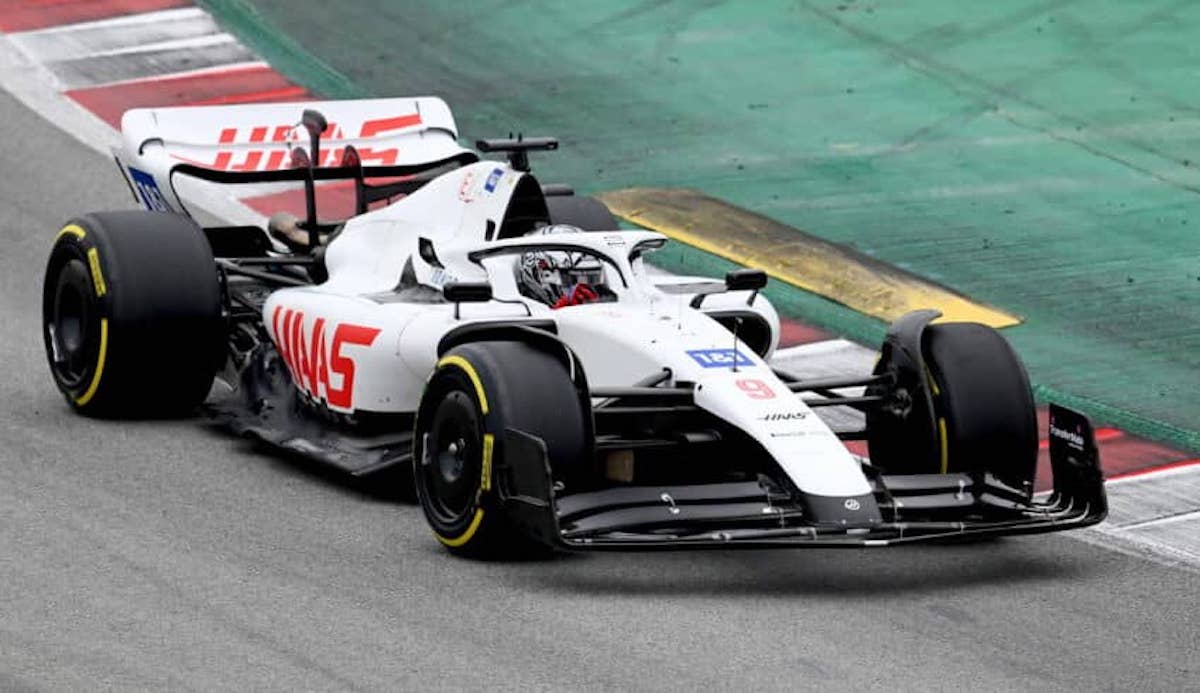 Without the flag sullied by the actions of Vladimir Putin and his cronies in Ukraine, the HAAS VF-22 looks better than ever in its simple, all-white livery
© MaxF1.net

First up, credit where it’s due to HAAS . They could have kept the UralKali sponsorship and the Russian tricolor visible on the car to keep Dmitry Mazepin - UralKali’s oligarch ownerand close pal of Vladimir Putin - happy. They didn’t though, so props to them for that. As for the car? Like we said, nobody knows anything about the performance of the cars this year. However, there’s something beautiful about the simplicity of an all-white (sort of…) racing car. HAAS has managed that down to a tee. 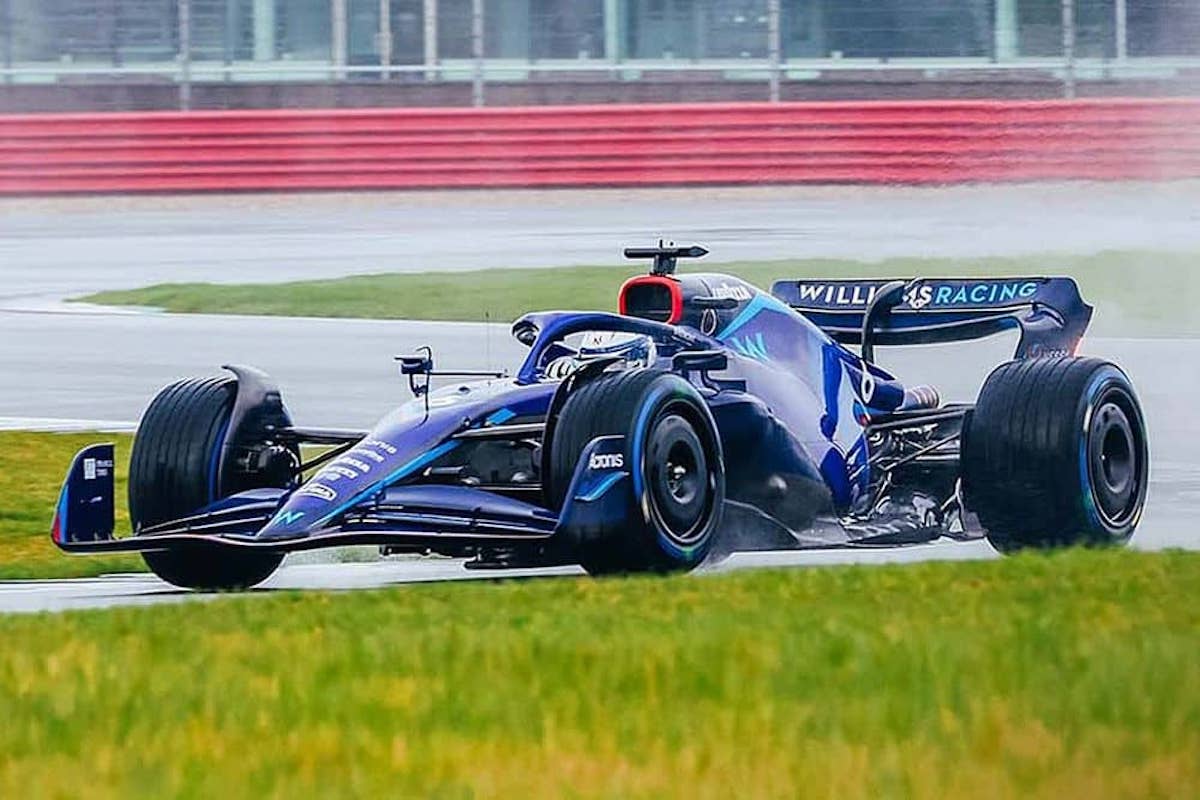 Not much to see here, apart from a solid all-blue effort worn by the 2022 Williams F1 challenger
© Williams F1 Team

In testing, the Mercedes-powered Williams FW44 has - rather like its livery - looked pretty tidy and drama free. What is more of a talking point, is that Williams has chosen to remove the Senna ‘S’ from the nose cone of the car, which makes it the first Williams chassis to be without it since 1994. Cue the “mUh sEnNa” outrage online by those who’ve only seen the Senna documentary which came out over a decade ago. However, this brave move to break from the past for Williams makes sense. The team - and F1 as a whole - has moved on dramatically since Ayrton Senna was killed almost three decades ago. 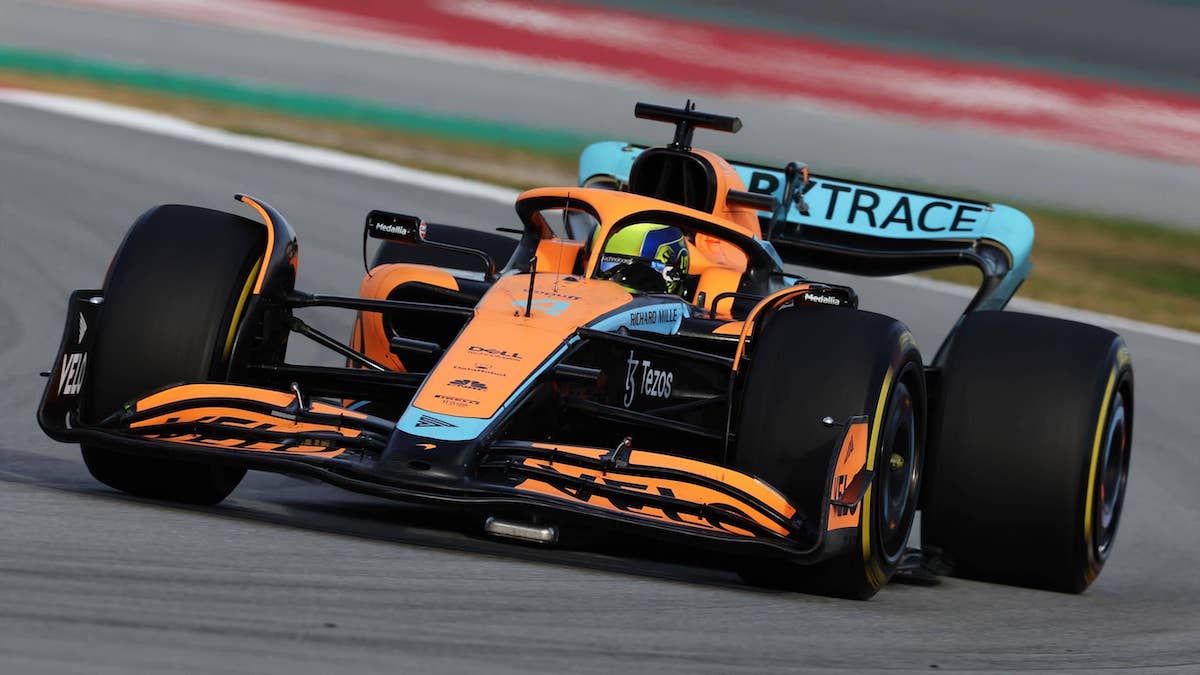 One of the most popular liveries amongst the Twitterati, the McLaren MCL36 is indeed striking. Whilst its colours echo the stunning one-off Gulf livery ran by the Woking-based team at the 2021 Monaco Grand Prix, the 2022 car’s neon orange and blue paint job could be a sign that the McLaren people possibly spent some time over the winter “avin’ it” to 1990s rave tunes and cracking glow-sticks. Still, the McLaren livery isn’t as jarring as what follows. 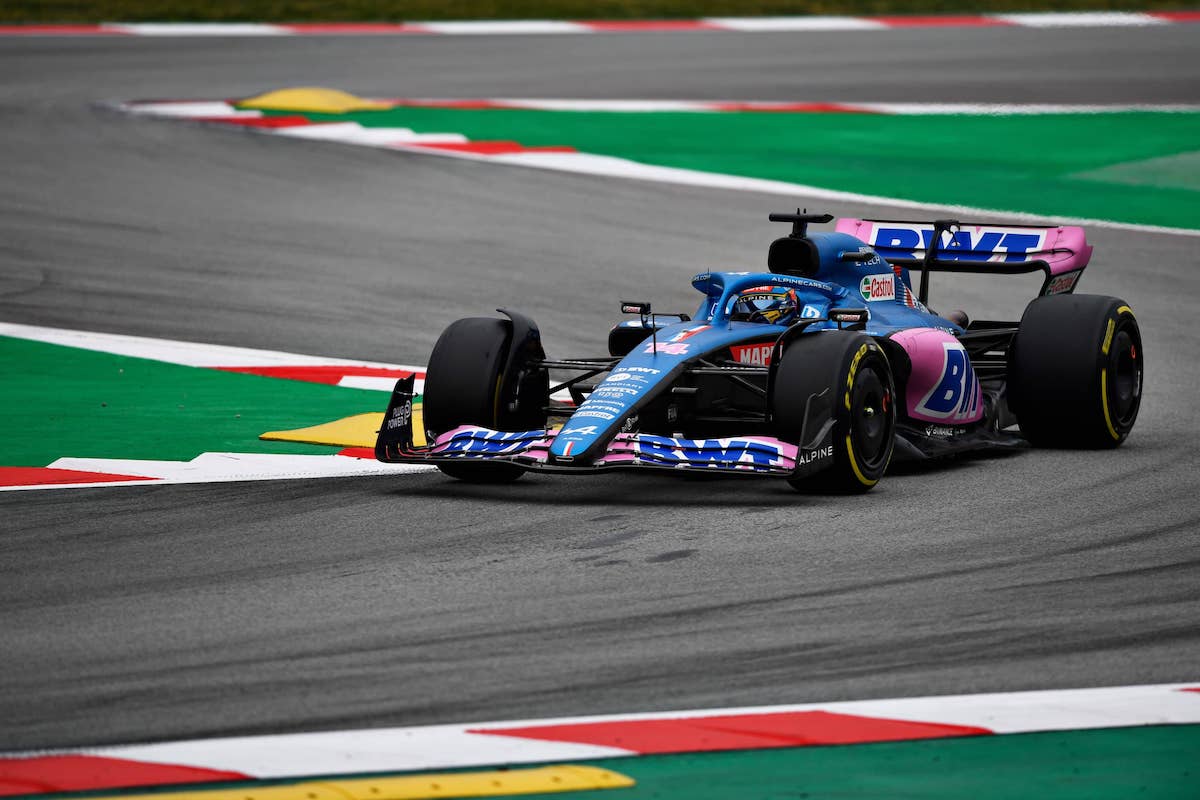 What happens if a peacock collides with a bubblegum factory? This. The Alpine A522 F1 car is what happens…
© Alpine F1

Mon dieu. Mon dieu indeed. Last year, Alpine boasted one of the best liveries on the grid. The blue, white, and red scheme was a symphony in gallic gracefulness. It just worked. Unfortunately - from an visual standpoint at least - Alpine nabbed Austrian water treatment BWT from Aston Martin as their title sponsor during the off-season, so gone has the simple French tricolor theme. The paint job on the all-new A522 appears to be inspired by what happens when a peacock collides with a bubble gum factory. The most frustrating thing about this whole garish mess, is that BWT has put its name to some of the best liveries in motorsport over the last five years or so. This, however, is not one of them.

Who do you think will win the 2022 Formula 1 drivers’ and constructors’ titles? Tell us what you think in the comments section at the bottom of this story!

What’s more, we have an entire section dedicated to the purchase and sale of racing cars on Dyler.com. If you are interested in adding some race machinery to your car collection, click here!