10 Cars That Didn’t Change Over The Decades

These days when the average lifespan of a casual car lasts for 5 years, it’s hard to believe that some models remained in production for decades with just minimal changes.

Since there are many such cars, we decided to select only the most interesting ones.

Spacious, practical family car. An example of an ideal vehicle for those living in eastern Germany, particularly when it was ruled by the Soviet Union.

As the eastern part of Germany dealt with the aftermath of the Second World War less efficiently and smoothly than the western one, the car designed in former BMW-brand factories was an excellent reflection of the drivers' needs of the time.

It was an all-round simple car. It had front-wheel drive and a two-stroke engine with just seven crucial moving parts.

The Wartburg car was used by police officers, other state institutions and, of course, working-class citizens who, frankly, had no choice.

The Wartburg 353, which was released in 1966, was produced until 1988. During this very long period of time, Wartburg made over 1 million units. 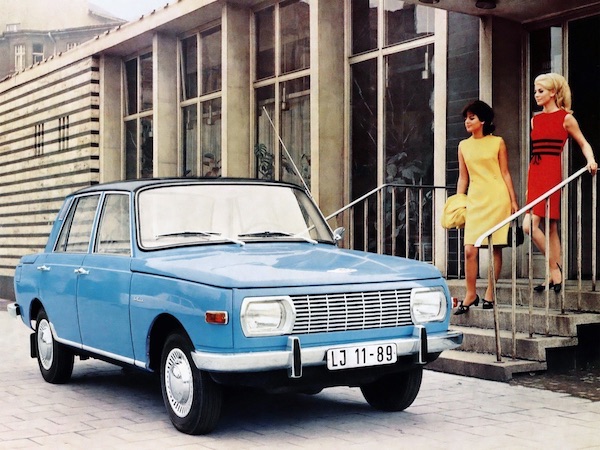 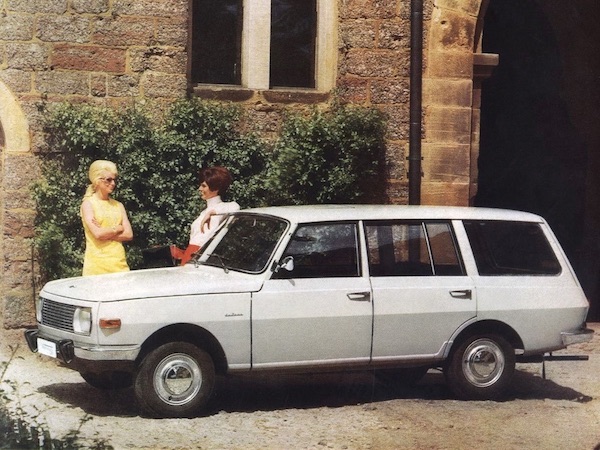 Back then, the Polish leaders, together with the state-owned car manufacturer FSO, persuaded the Italians to grant them a production license for the Fiat 125, but that was only an easy part.

The next steps were much more complicated. FSO was required to fundamentally refurbish the factory, ordering equipment that meets Western standards. In fact, it took even two years to get ready for production.

The elementary design of the car has quickly spiralled the most popular vehicle in Poland. Between 1967 and 1991, FSO released over 1.5 million units of the Fiat 125P on public roads.

It is also worth noting that in the final moments of the 125P, Poles had begun installing a Volkswagen diesel engine in this sedan. But it did not last long as only 100 units were made. 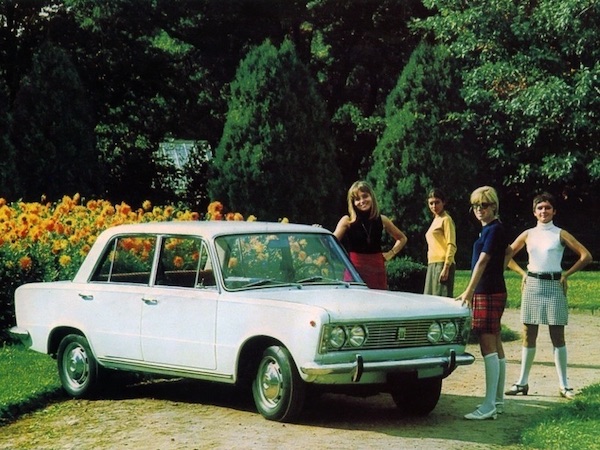 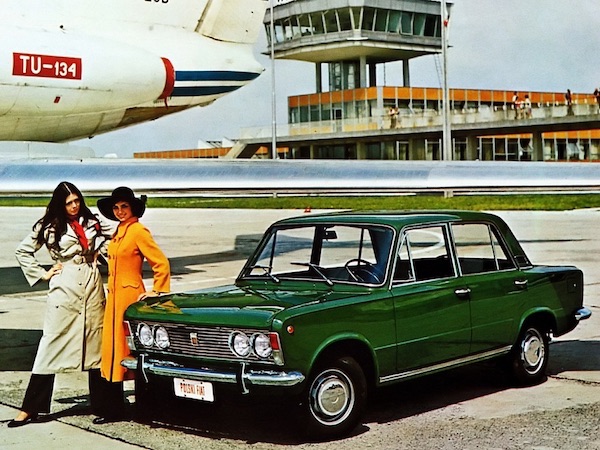 Another car that comes from Eastern Europe, or more precisely, Poland. Like many other drivers of big countries, the Poles had a car of their own nation, and this little Fiat 126 was it.

Strangely enough, the small Fiat 126 initially appeared in Italy and had to replace the much-loved Fiat 500. But, due to its old-fashioned components and less stylish appearance, it was very often left in the shadow of the Mini and other analogues.

Still, the old-fashioned approach was well-liked by Polish drivers, who were just crazy about this Fiat 126 hatchback.

The extremely low price and elemental construction have allowed this car to be in production for up to 28 years. During this impressive period, the Poles made as much as 3.3 million Polish Fiat units. 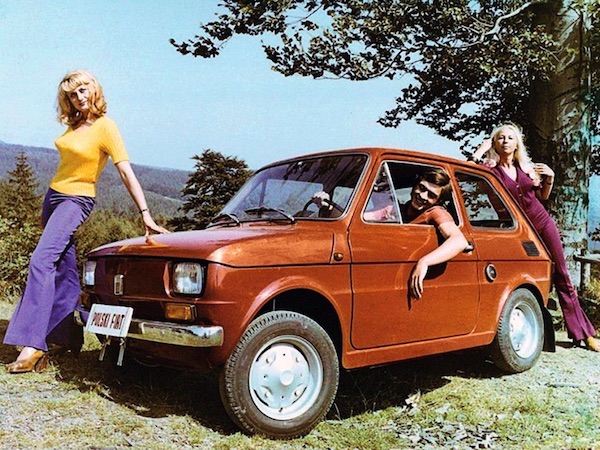 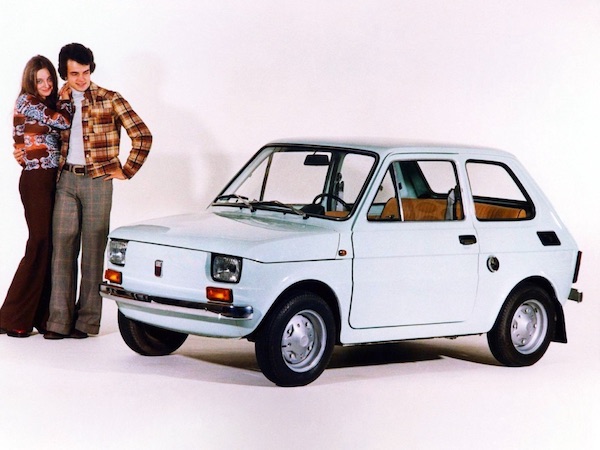 This car was a direct response to the highly successful Citroen 2CV, which first concepts were developed at a time when the French roads were not well-developed. Meanwhile, Renault specialists have taken advantage of the strengths of the 2CV and added a few more along the way, like stability at higher speeds.

The car in the market seems to have come at the most opportune time. Then, the French economy began to slow down, and people's chances of getting the car they wanted were diminished. And the solution to all these problems was the Renault 4, which was quickly gaining popularity not only in France but also in the surrounding countries and other regions.

Renault 4 has been produced in 15 countries including Morocco, Colombia, Spain, Mexico and even Australia.

Over a period of 31 years, Renault has produced more than 8 million units of Renault 4. 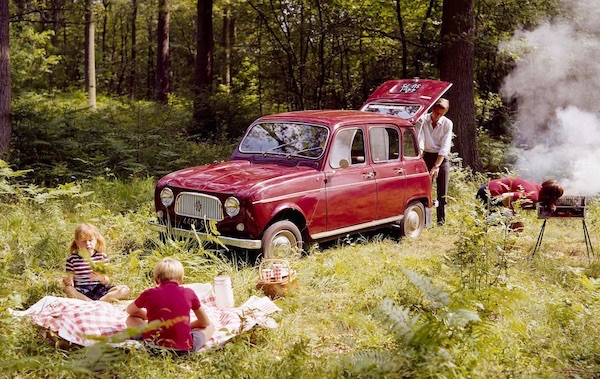 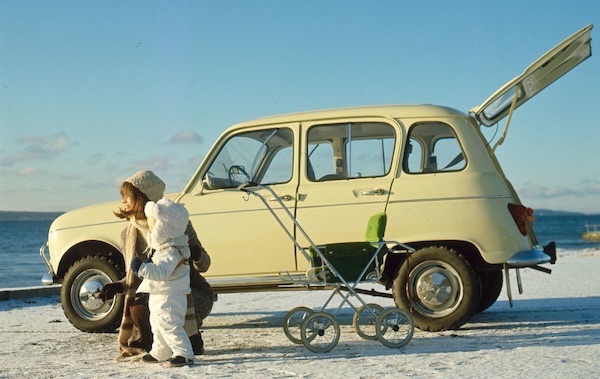 Here’s another car that was popular in the Soviet Union. While innovation and technological superiority were delayed, the cult of simple, unpretentious cars flourished in the Soviet Union. One of such cars was the Trabant 601. It’s creators originally planned to produce it for only seven years.

However, soon the Trabant 601 became the symbol of East Germany and the most affordable vehicle. So it's no wonder that the Trabant 601 soon became a highly demanded car that people had to stay patient for. Trabant buyers had to wait for around 10 years before finally enjoying their personal Trabant.

Production of Trabant started in 1957 and lasted until 1991. For over 30 years, the Trabant has been rolling off the conveyor with virtually no change, which seems to have been the formula for the success of this model. 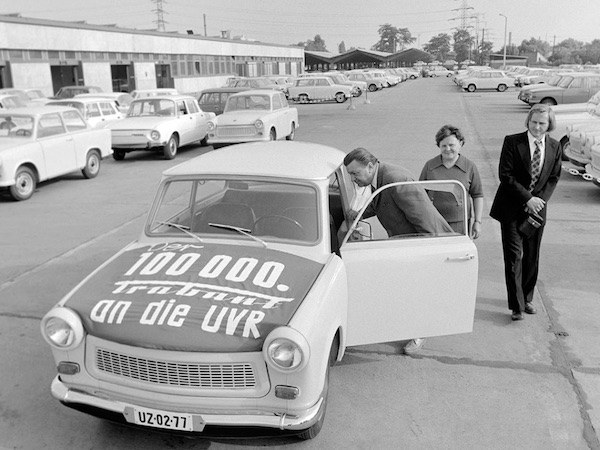 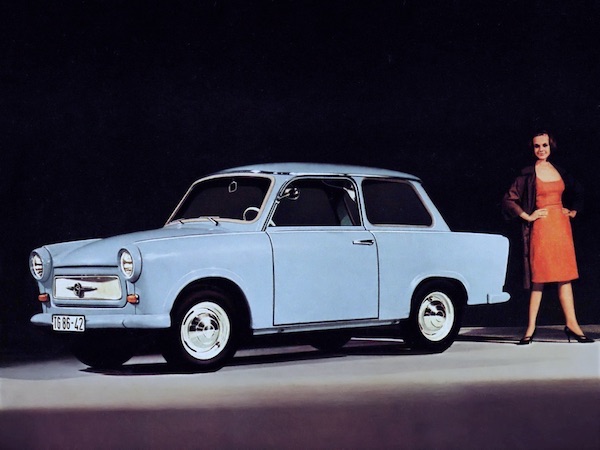 Dacia is a national car manufacturer founded by rulers of Romania. They were convinced that Romanians must have access to a cheap vehicle that meets Western standards.

When the Romanian government announced its plans, a large number of manufacturers responded to the demands of a state in southeastern Europe. However, the winner of this contest was the Renault 12, which, strangely enough, was still in its infancy.

Nonetheless, the first Dacia 1300 model appeared almost at the same time as the Renault 12, which at the time was praised for safety, good dynamics and reliability.

A decade or even 30 years later, this Romanian car was purchased for identical features. It is also certainly worth mentioning the extremely low price. In 2004, the Dacia 1310 sedan cost just €4,100 and the wagon cost €4,250. 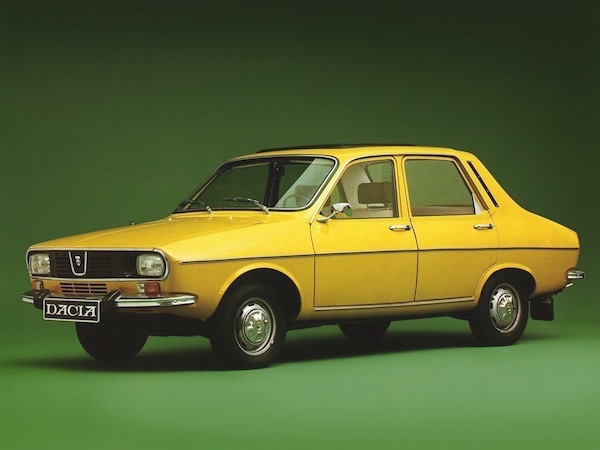 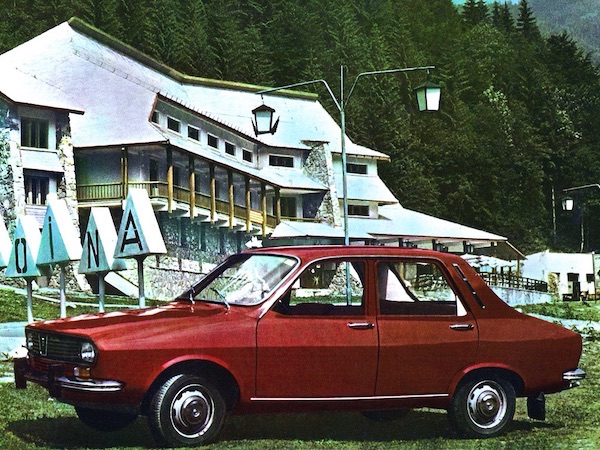 Fiat's push to expand the sphere of influence has given rise to several time-resistant vehicles. It's time to mention another one - Zastava 101.

The Zastava creation was interesting not only because of its close relationship with the Fiat 128. The fact is, it was one of the first cars to have a hatchback body with the engine and the transmission not in different positions but side by side.

The Serbs were also able to take advantage of the independent rear suspension and the extremely durable Fiat engines. They fit well in a less favourable environment, not only in Serbia but also in Eastern Europe as a whole.

As this Zastava was able to withstand poor petrol, potholed roads and drivers seeking to repair a malfunction with their own hands, the Serbian hatchback remained in production until 2008. Zastava produced 1.23 million units over 37 years. 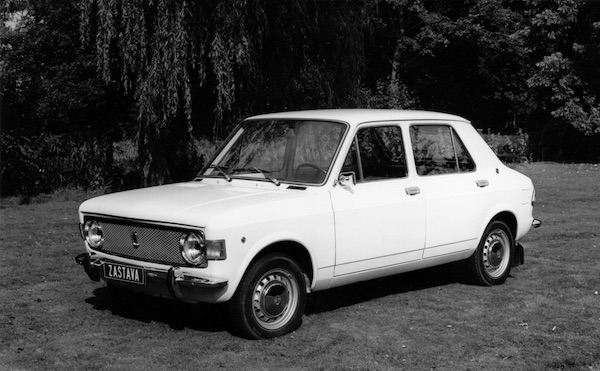 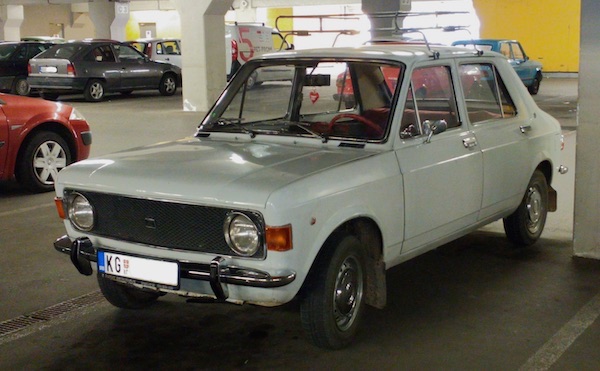 Who would have thought that a budget car would one day become a symbol of style and popular culture?

The car was driven by some of the most famous television actors and artists in the world. It even excelled in the motorsport scene when it won the 1964 Monte Carlo Rally. And, of course, one should not forget the series of victories at the British Race Championships.

The little Mini has been updated and upgraded several times, but the basic elements have always remained the same.

By 2000, the British had produced 5.3 million small hatchbacks. 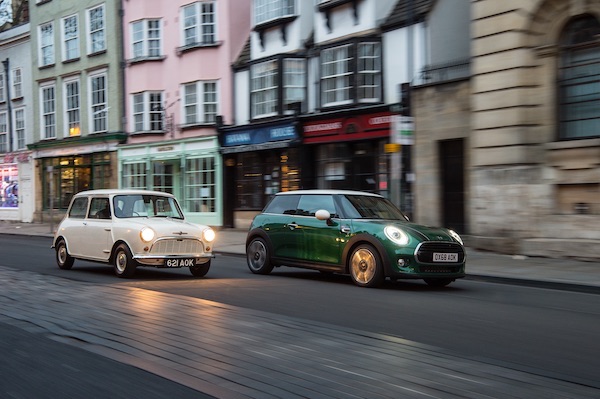 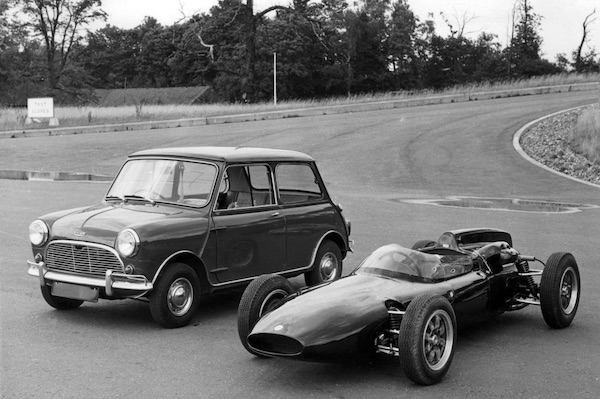 How do you get farmers or low-income residents behind the wheel? Create a car that meets their needs.

For that, we should thank Pierre Boulanger, Citroën's vice president, who created the most basic machine to encourage the wider use of cars.

From other similar vehicles, the French nation's car had a high body clearance, allowing for a surprisingly high level of comfort. Even when driving on a gravel road or in a pit. And that was the key to success with Citroën 2CV. 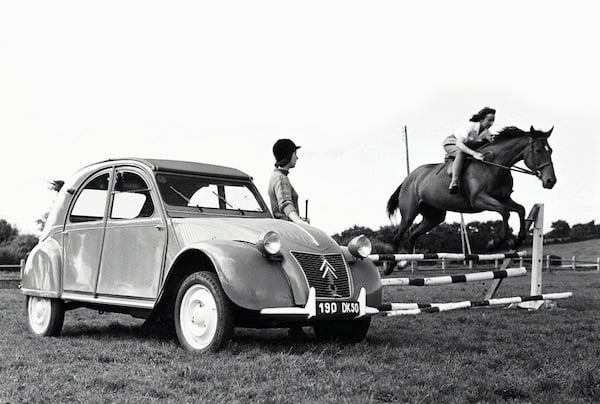 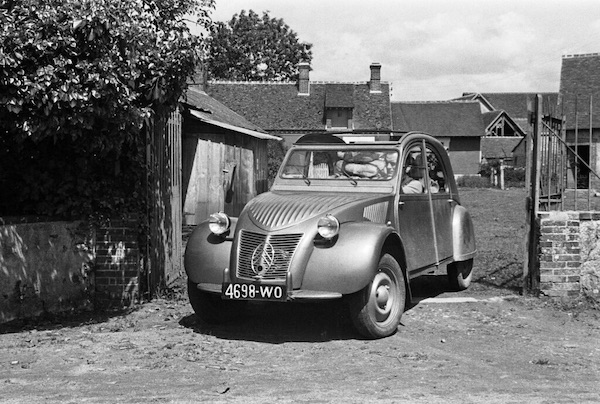 A car beloved and hated at the same time. It is heartening, but also induces anger. Built for the German nation, the car is quickly found many fans around the world, especially in Brazil.

At the end of World War II, Germany was looking for an elementary and unpretentious car trying to rise from the ashes. Just a vehicle and nothing more. And that was precisely the Volkswagen Beetle.

As Beetle spread around the world, the famous bug became an icon of style and even a way of lifestyle. For example, in 1971, Volkswagen has produced 1.3 million units. Although demand subsequently declined, in 2003 Volkswagen made a bold decision and stopped production of the classic Beetle forever.

In half a century, Volkswagen has produced as many as 21.5 million Beetles. 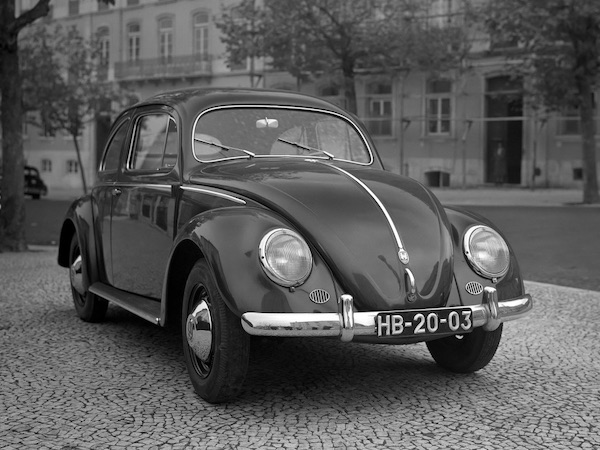 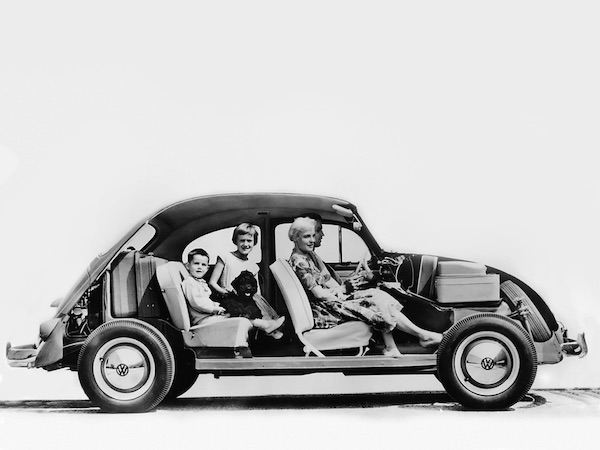