This Week in Cars: Would You Rather A Brand New Dacia Sandero For The Price Of One Of These Sub-15k Classic Cars?

At Dyler, we’re big fans of the Dacia Sandero. It’s fun, it’s unpretentious, and it’s honest in its simplicity.

We’re also certain that it will almost certainly become a classic car of the future. To find out why, you can click here to read our list of seven cars on sale today, which we are certain will earn classic car status over the coming years…

But back to Romania’s finest for a second. The Sandero is the cheapest new car on sale in Britain today. Prices start at £7,995 for an entry-level car. Hang on a second though, because even the top-spec is just under £12,000.

What’s more, the highest spec model - the Comfort - has keyless entry. And a digital infotainment system. And reverse parking cameras. And cruise control.

In short, the loveable little Dacia is packed to the hilt with all the stuff you would expect from far more expensive cars.

Yet for the cost of a brand new Sandero, you could also have one of many classic cars… In fact, each of the five cars below are all around that price mark.

So, here’s the question - would you rather a new Sandero, or any car listed below for the similar amount of money?

Don’t forget to tell us your answer… 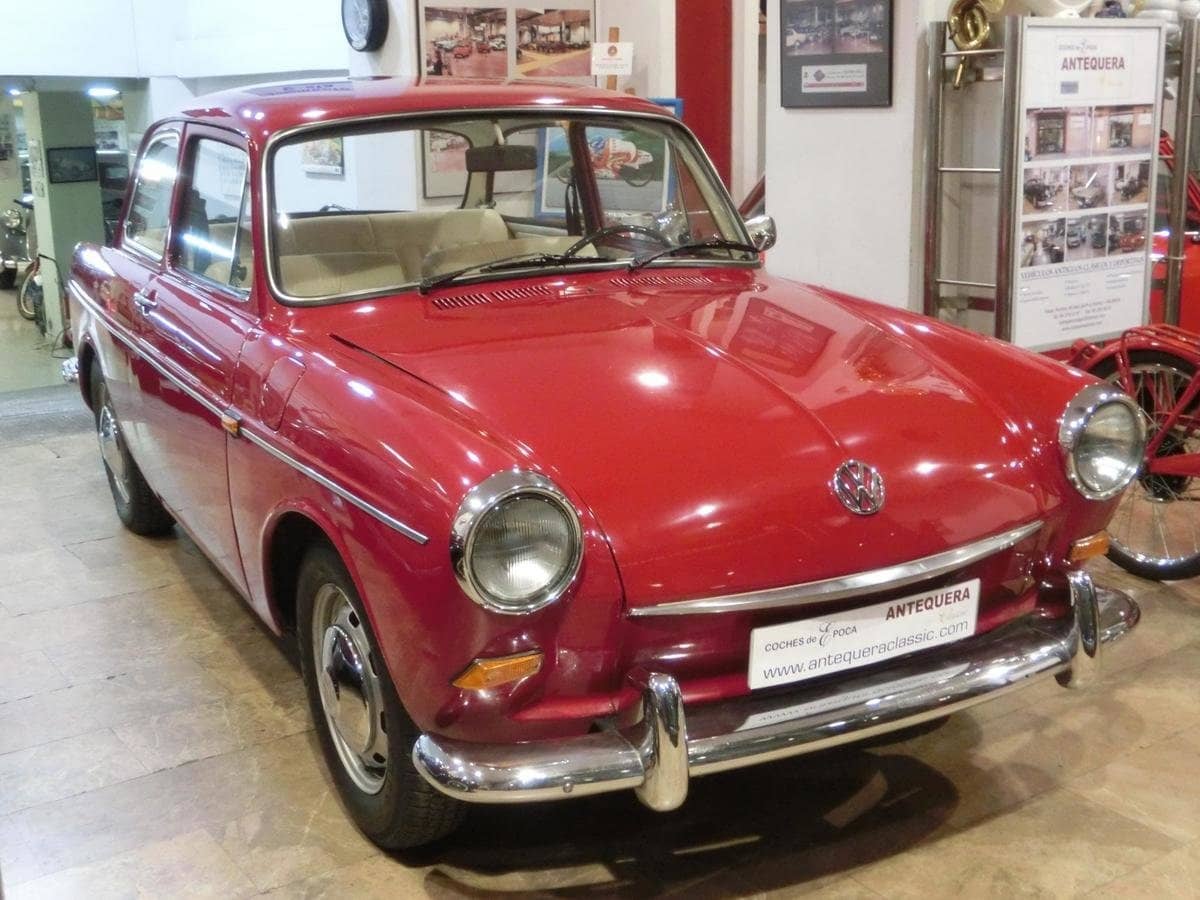 Based on the Beetle, the Volkswagen Type 3 was the company’s first notchback body style
© Antequera Classic

The forerunner to the Volkswagen Passat, the Volkswagen Type 3 was Wolfsburg’s first stab at a family notchback car. Built from 1961 to 1973 in Germany, Brazil, and even Australia, the Type 3 was one of the company’s most popular models, with over 2,000,000 of them made. The Type 3 was built around the Beetle’s wheelbase, and retained the most iconic VW in history’s air-cooled, rear-mounted engine and rear-wheel drive layout. However, some clever packaging meant that the Type 3 had more space for passengers, luggage, and if needs be, a larger engine. The Type 3 also spawned a series of spin-off vehicles including the stunning Type 34 Karmann Ghia, and the Brazilian Type 3. 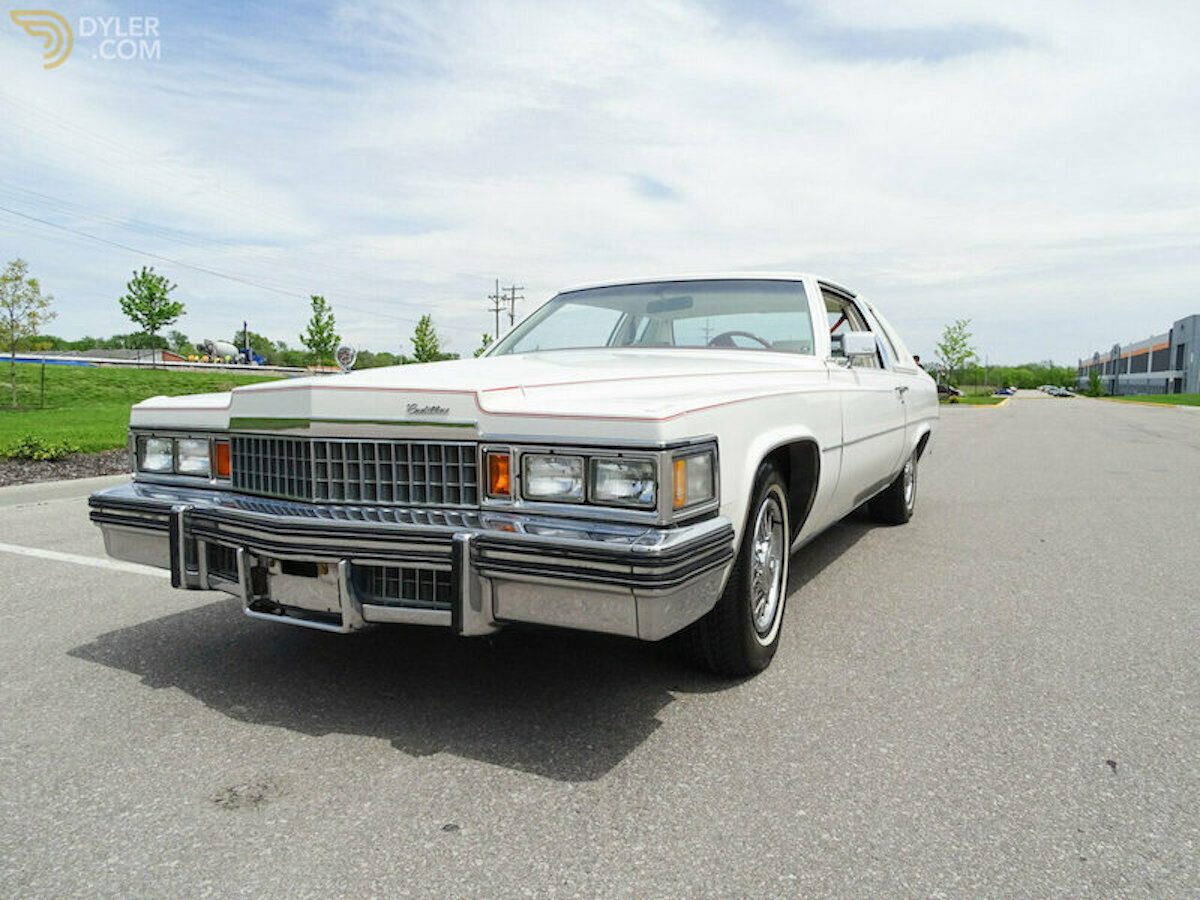 The Cadillac DeVille Coupé is one of the most recognisable American land yachts of the 1970s and this 1978 model can be yours for as little as £6,005 Whole British Pounds. The DeVille Coupé was peak American luxury and at a time when European cars were erm, spartan at best, the Cadillac - at almost six-meters long - was packed with features such as climate control, electric windows, and velour seating. Like them or love them, American cars made during the era of malaise pack a tonne of character, and for the mid-1970s, were - and still are - massively luxurious. With a 7.0L V8 wedged under that hood which is the size of a small country, be prepared to stump up for massive fuel bills. 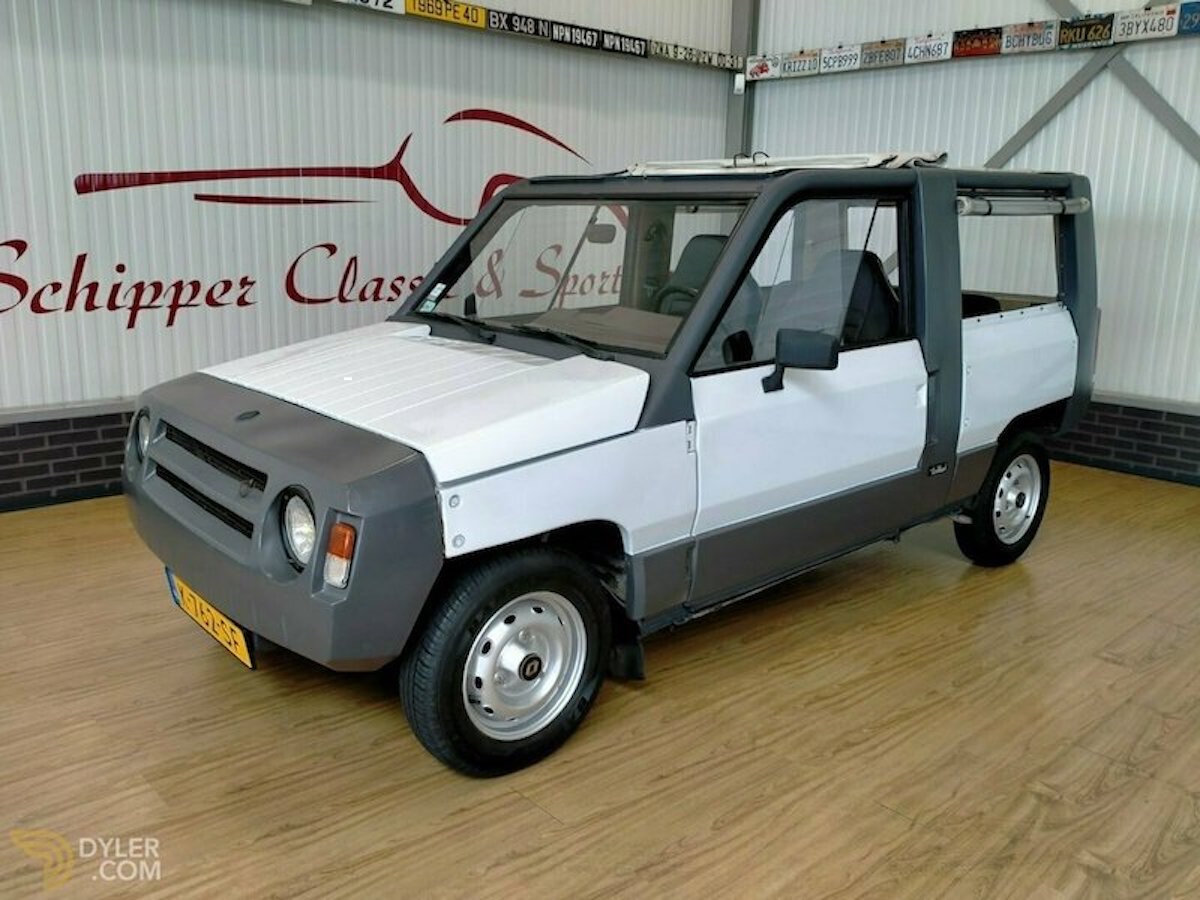 Plastic and fantastic, the Renault Rodeo was one of the pioneering SUVs
© Schipper Classic & Sportscars

Along with the Matra Rancho, Citroen Mehari, and the Lada Niva, the Renault Rodeo was one of the original sensibly-priced SUVs of the 1970s. Built on behalf of Renault by now-defunct French carmaker ACL, the Rodeo was based on the Renault 5 supermini. Yet in-line with the rufty-tufty image of rival SUVs, Renault threw the 5’s angular bodywork in the bin and replaced it with plastic cladding and a roll-back canvas roof. Whilst most models were front-wheel drive, Renault also gave buyers the option to fit a four-wheel-drive system to the Rodeo 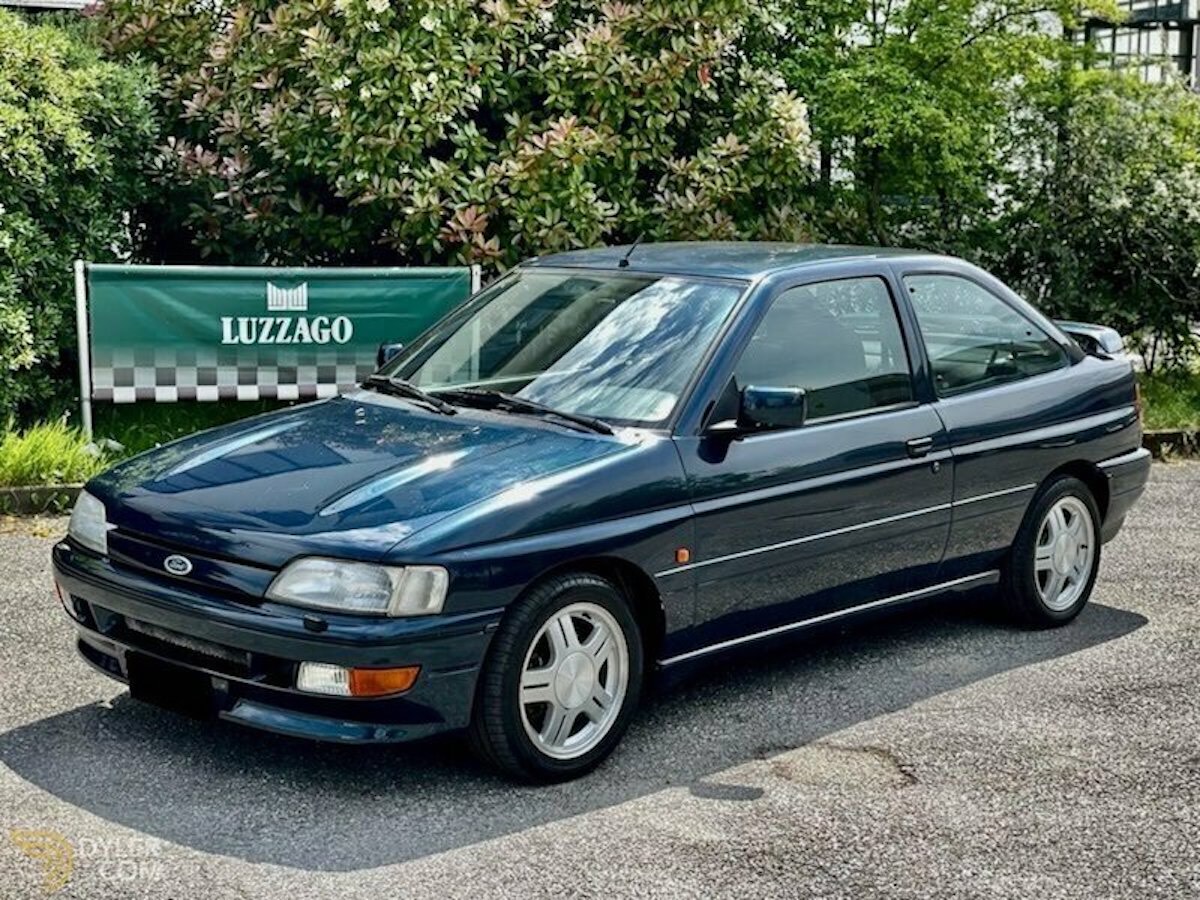 Whilst the Ford Escort RS Cosworth is one of THE most recognizable cars of the 1990s, the RS2000 was a more-than-worthy Fast Ford warm up act for its bigger, bewinged brother. The RS2000 was intended to capture the spirit of the 1970s original, and was based around a monocoque chassis and fitted with the 2.0L, eight-cylinder DOHC engine from the Ford Sierra and Ford Scorpio, which was good for 150bhp. To underline its rally stage credentials, the RS2000 was fitted with five-spoke alloys, a sporty body kit, a new, more aggressive front end, and dials which were backlit in red instead of the green fitted to standard cars. 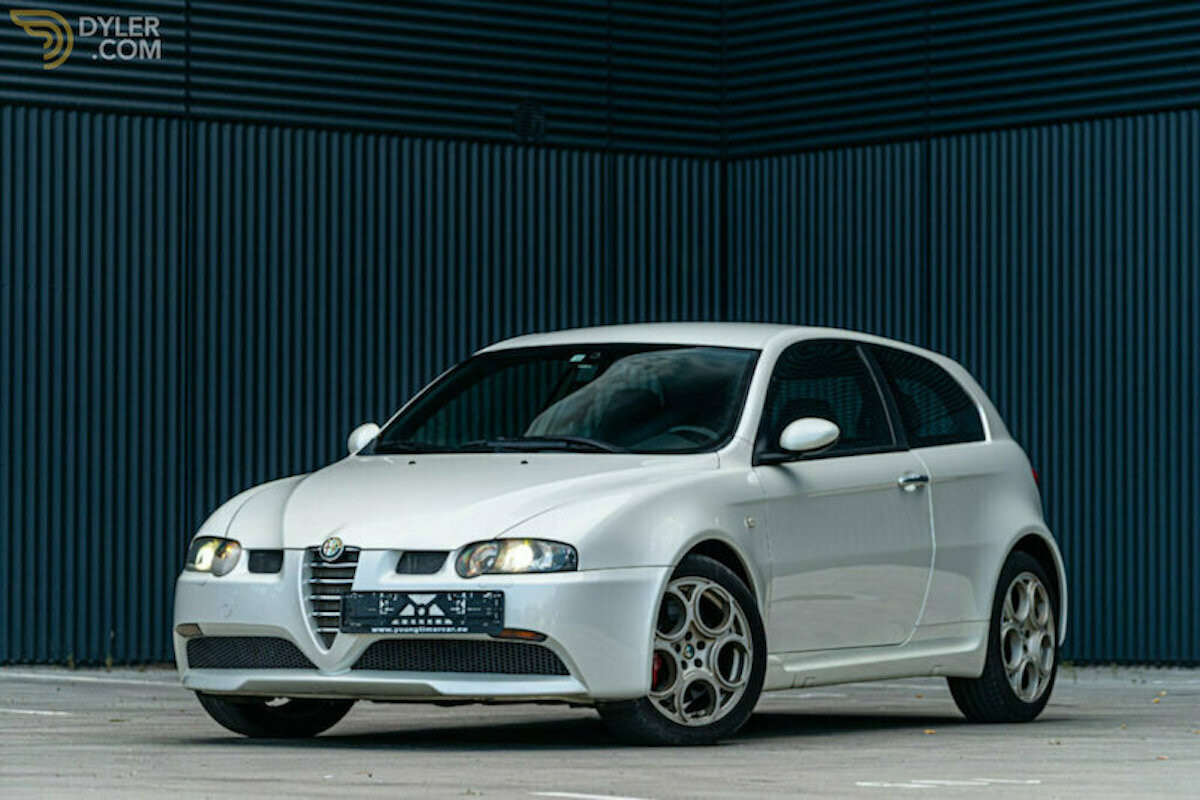 Fast, beautiful, and front-wheel drive, the 3.2L 147 is one of the maddest Alfa Romeos of all time
© Youngtimercar.eu

Wildly good looking, and fitted with Alfa Romeo’s legendary 3.2L ‘Busso’ V6 engine, the 147 GTA is widely considered to be one of the most soulful Alfas of all time. Despite having a chassis ill-equipped to cope with the engine’s 250bhp which Alfa - for some reason - channeled through the front wheels, the GTA’s magic lies in its sonorous engine note. The daft Alfa is a throwback to an era when car makers used to do things “just because”, as Ford did with its Focus RS, and VW did with its R32. Bring those times back, please.