If you hadn’t guessed, things have taken a bit of a Japanese car flavour this week!

To begin our celebration of The Land of The Rising Sun, we spoke to the founder of Instagram’s Japan Racing World Page, who took us on a fascinating journey through the past, present and future of the Japanese motorsport scene.

In this engaging interview, he explained the difference between Japanese motorsport and the JDM movement, and what the European and US scenes can learn from them. To read this in-depth feature, click here!

To maintain the Japanese theme, we have also listed five of our favourite classic Japanese cars which include an ultra rare Mitsubishi Evo VI Tommi Mäkinen Edition and its arch rival, the Subaru Impreza WRX STI. As always, you can take a look through these five cars selected by the Dyler team, because as always, they’re at the bottom of the edition of This Week in Cars.

That’s everything from us this week, and we very much hope that all of the cars we mentioned this week bring about the same amount of nostalgia in you as it did us!

Thank you very much for reading, drive safely, and we’ll see you again next week! 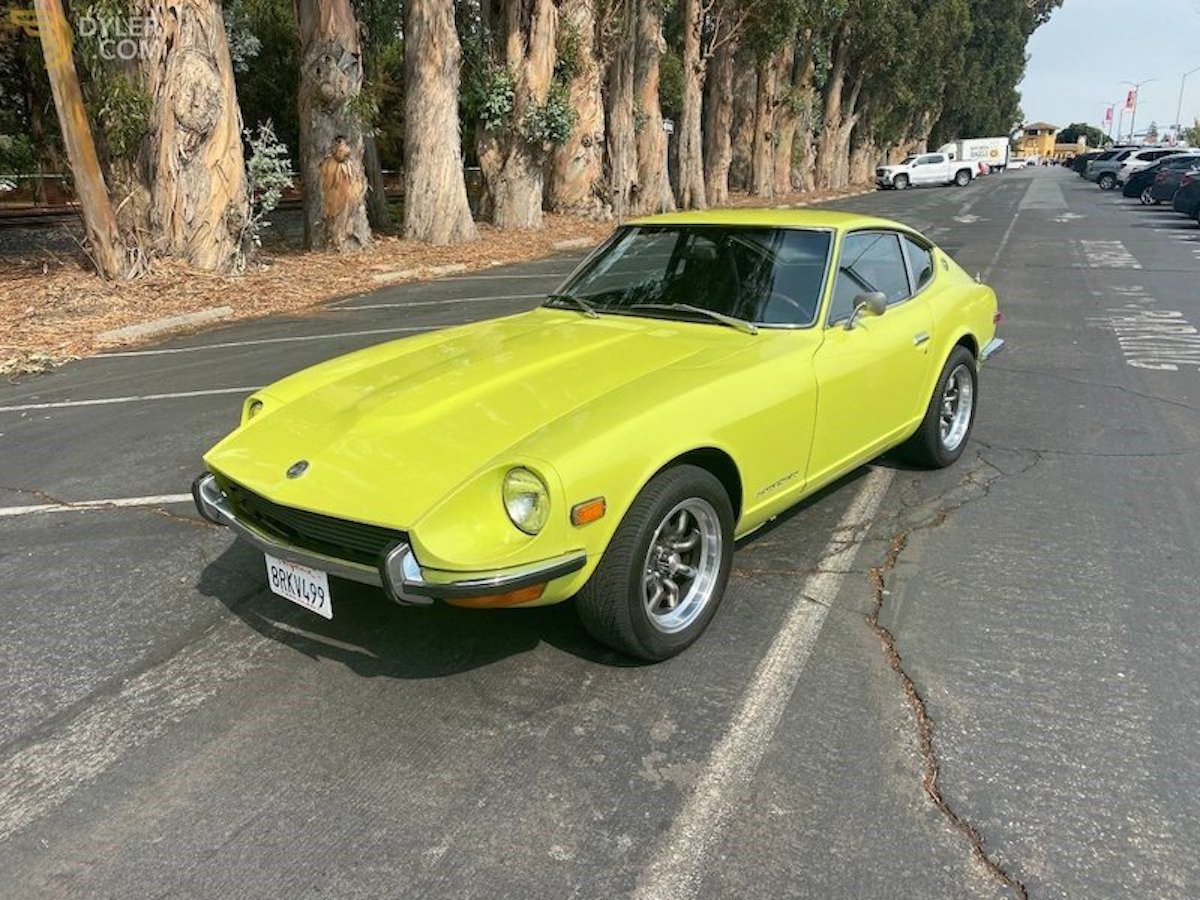 Widely considered to be one of the finest sports cars of the 1970s, the Datsun 240Z was the Nissan (then Datsun, remember!) answer to European car makers’ sports cars of the era. It was the company’s move to show that they could do performance, rather than just econoboxes. Essentially, the 240Z was Datsun’s halo car to get people talking. Priced at around £200 lower than the similar MGB, the 240Z was not only cheaper than similar cars, it was also much more reliable than most of its ‘Western’ counterparts. This was largely down to Datsun’s global dealer network and parts sharing system across various models - if anything broke, then the replacement could be easily sourced because it was used in another Datsun car. The 240Z’s magic lay in its independent suspension and disk brakes, which gave the Nissan sports coupe outstanding handling when mated to its front-engine, rear-wheel drive layout. Meanwhile, its 2.4L straight-six provided impressive performance, and a growly soundtrack. In 1971, a 240Z also won the East African Safari Rally in the hands of Kenyan-Indian rally driver, Shekhar Mehta. 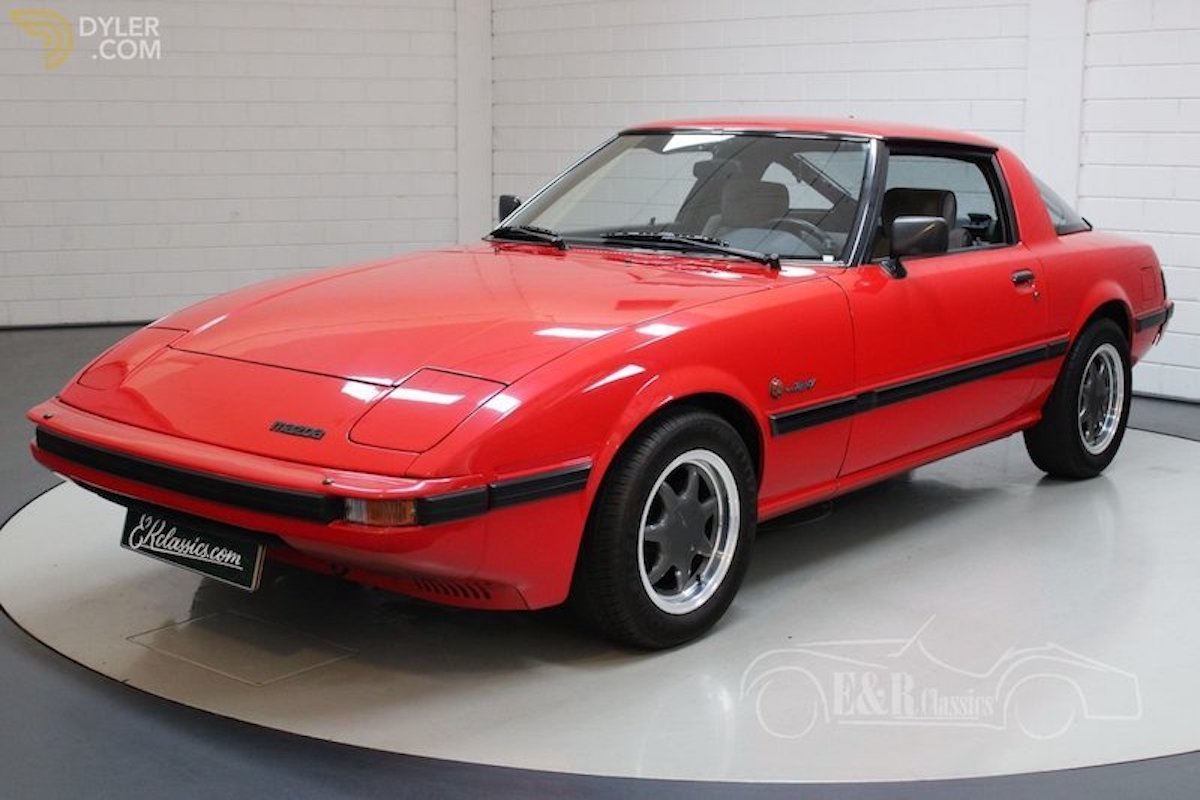 Powered by a high-revving rotary engine throughout its life, the Mazda RX-7 is one of the most popular classic Japanese cars amongst enthusiasts
© E&R Classics

Just like Subaru places all of its faith into the boxer motor, Mazda elected to use a rotary (or “wankel”) motor in its front/mid engine, rear-wheel drive sports car thanks to its high-revving, compact dimensions. The 2+2 coupé RX-7 was the replacement for the Savanna RX-3, and it immediately struck a chord with the public who - just like those who bought the Datsun 240Z - were looking for a fun-to-drive compact sports car that wouldn’t prove to be massively tempramental. On the back of its launch in 1978, the first-gen RX-7 (the car you see here) spawned a series of variants including a turbocharged RX-7 Turbo which produced nigh-on 160bhp. Throughout its lifespan, over 800,000 RX-7s were made until 2002, and it made Car and Driver magazine’s Ten Best list five times. 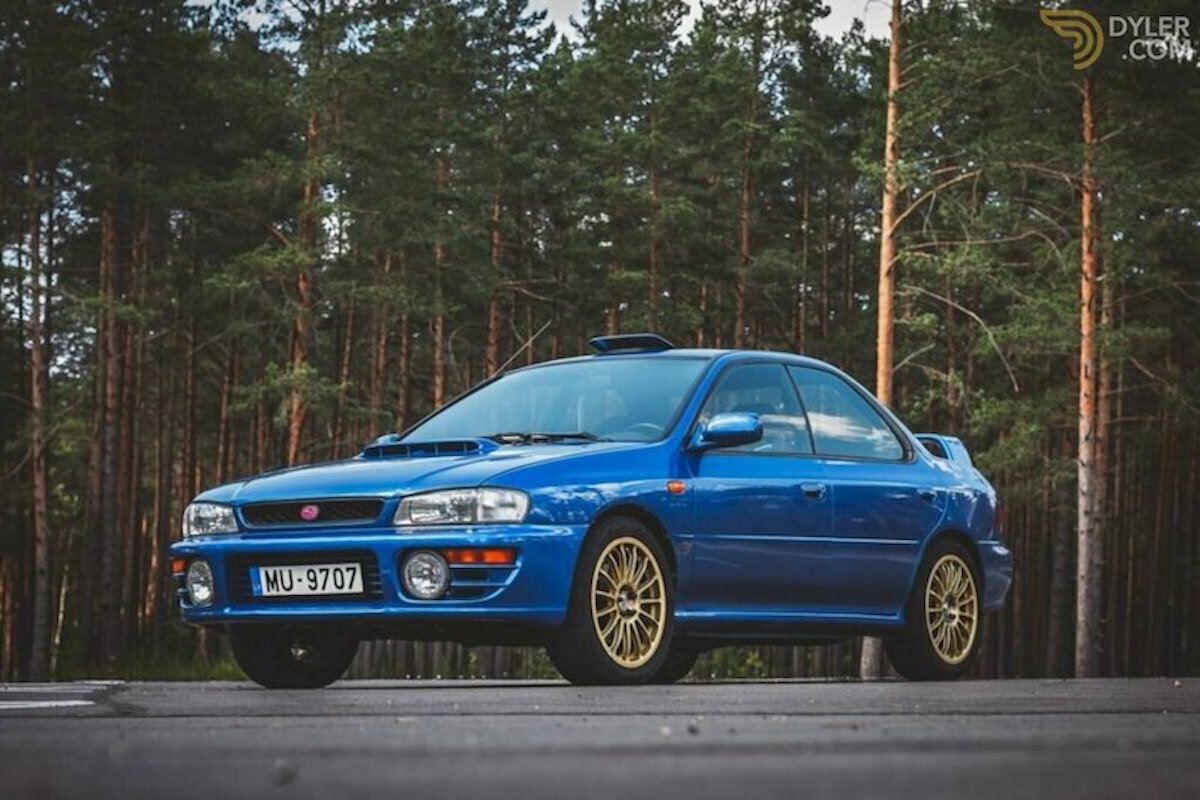 The Subaru Impreza WRX STI - all hail the king
© Youngtimercar.eu

Yes, it’s THE WRC car of the 1990s, and it’s probably the car that got you into the JDM movement in the first place thanks to a certain Scottish rally driver. The Impreza WRX STI was the Subaru answer to the Mitsubishi Lancer Evo and it sparked a rivalry that would last to this day. Compared to later models of the STI, the ‘98 car looks relatively restrained but it’s clear that it meant business. The pink badging, gold wheels, sporty interior, and that spoiler hinted that the STI was something a bit beyond the humdrum Impreza. Under the hood, the WRX STI packed a 275bhp turbocharged flat-four, which provided the trademark Subaru ‘boxer burble’ soundtrack. Fast, immensely capable on-road and off, Subaru’s finest may be almost 25 years old, but it’s a car that will go down in history as a legend. 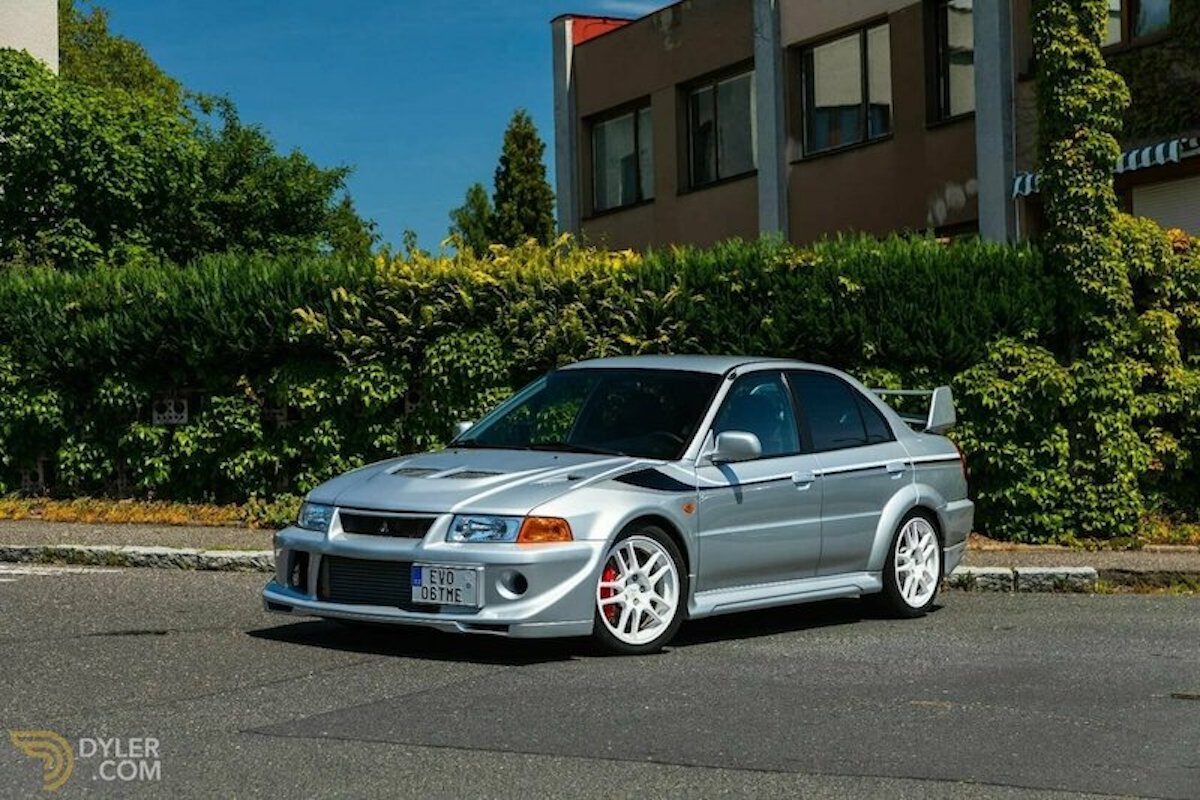 The arch rival to the Impreza WRX STI on-and-off the WRC stages, the Evo VI TME is considered to be the greatest Evo ever
© Auctomobile.com 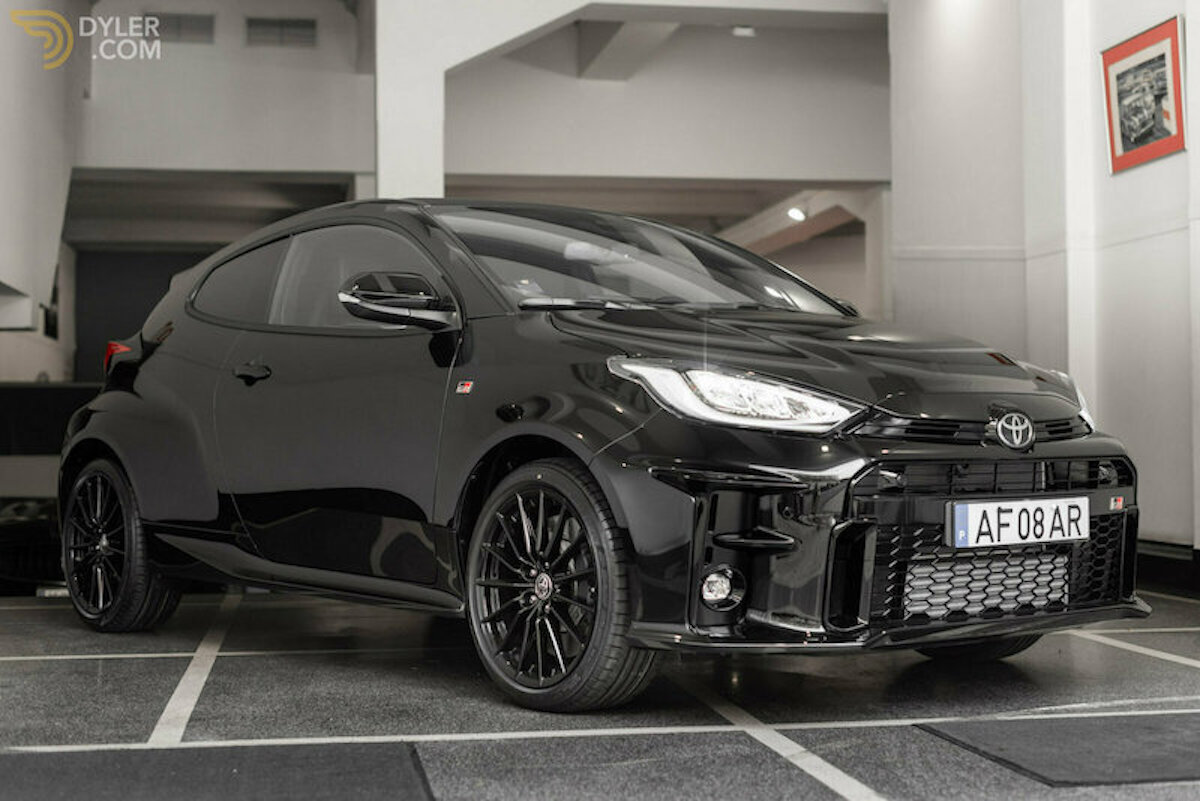 The Toyota pocket rocket is a throwback to Japan's golden-era of the 1990s. In short, the GR Yaris is a rally car made for the road from the ground-up. To save weight, Toyota did away with the Yaris’ rear doors, fitted a carbon fibre roof, and added a bonnet, tailgate, and door skins fashioned from carbon fibre. The result is a weight-saving of 27.5 kilograms. Yet the lightweight 1280kg construction isn’t the most impressive thing about the GR Yaris. Much of the little Toyota’s magic lies in its three-cylinder, 257bhp, 1.6-litre turbocharged engine. When mated with Toyota’s gorgeous six-speed manual (and it’s a proper manual with a clutch and no paddle shift option), the GR Yaris fizzles and cracks and pops and bangs with joy when driven hard. In short, the harder you push, the more rewarding it is. Very much the spiritual successor to the Mitsubishi Evo and the Impreza WRX STI.