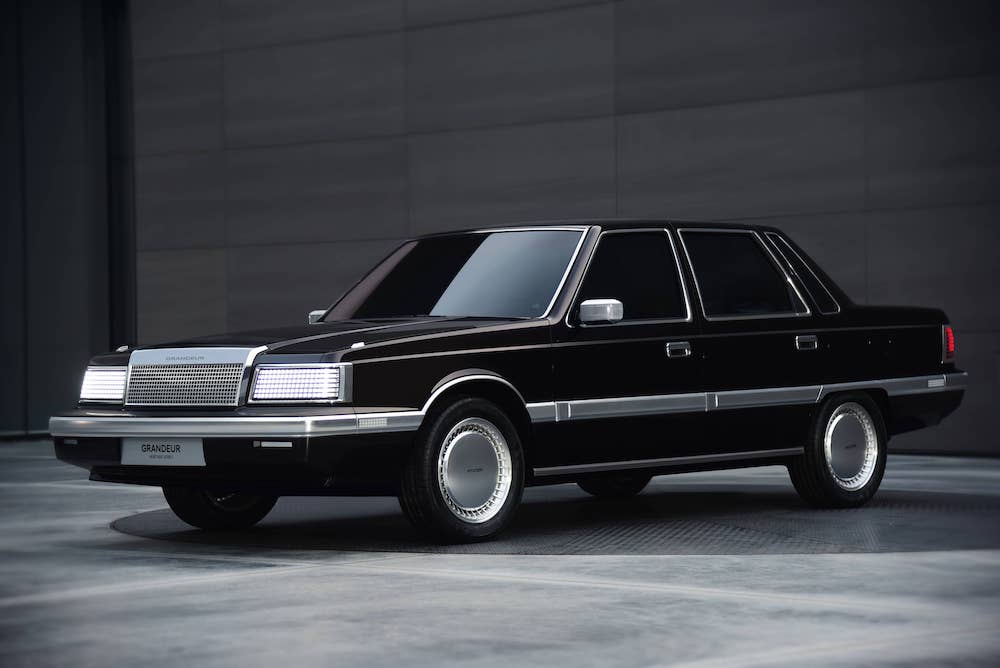 Now, at Dyler we’re huge fans of restomod classic cars. There’s something pretty magical about how they combine together old-school design and personality with modern-day technology… and given how mega the Hyundai looks, we thought it would make sense to build a list of some of our favourite restomod cars around today. 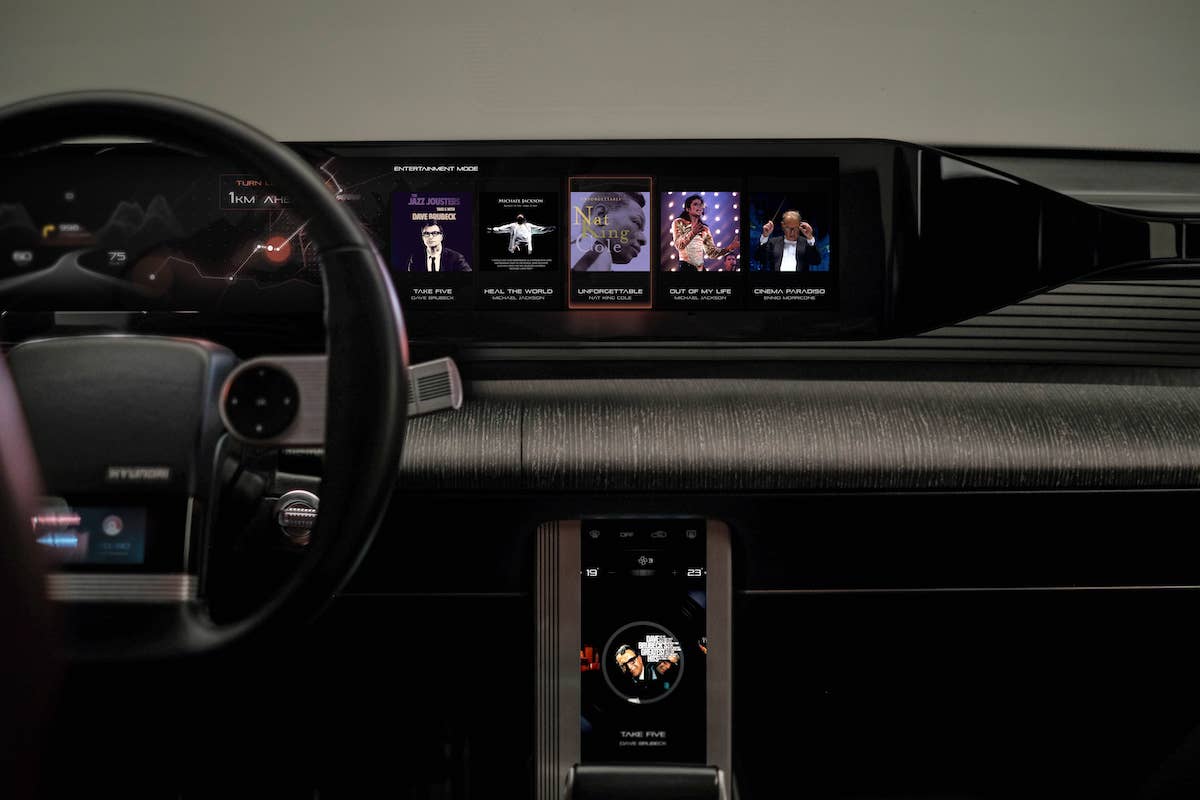 Some of the restomods we found are one offs; passion projects on behalf of their creators. Others are small-batch cars such as the GT Electric, and there’s one - the Maserati Shamal restomod - that hasn’t even made its way out of its designer’s sketchbook!

The common link between all of these cars though, is that they’re very, very cool and the automotive world is a better place for them. They’re also all very expensive. Enjoy, and don’t forget to tell us which is your favourite of these! 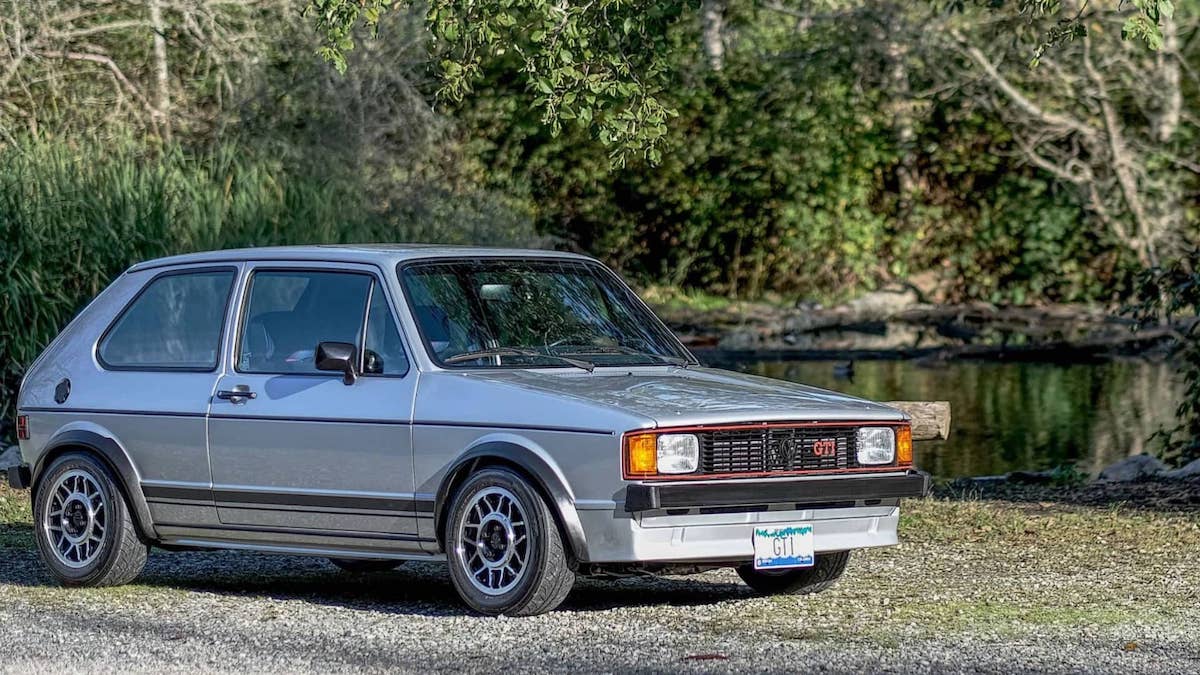 Dear The People at Volkswagen, please make this an official thing
© Volkswagen Newsroom

When it comes to things purer than pure, then Mk1 Volkswagen Rabbit (sorry, ‘Golf’ if you’re European) and ABBA rank very high on the list. Anyway, Canadian all-round good guy Derek Spratt spent over $140,000 and 12,000 man hours transforming this Rabbit GTI into the ULTIMATE Rabbit GTI - the hare, if you will. A life-long Rabbit enthusiast, Derek’s first car was one of these little bags of lagomorpha loveliness as a student. Upon turning 50 in 2011, he purchased this Rabbit GTI as a project car. The result is a 220bhp pocket rocket, with an upgraded suspension, chassis, and brakes to handle that extra 130bhp - after all, the original Rabbit GTI had 90bhp. To ensure that the Ultimate Rabbit GTI is bang up to date with modern trends, Derek also fitted his with heated seats, a push-go ignition, and a touchscreen digital dash. If you’re listening, VW, stop making things like the T-Roc cabriolet and put all of your resources into making a restomod Rabbit part of your line up. Thank us later. 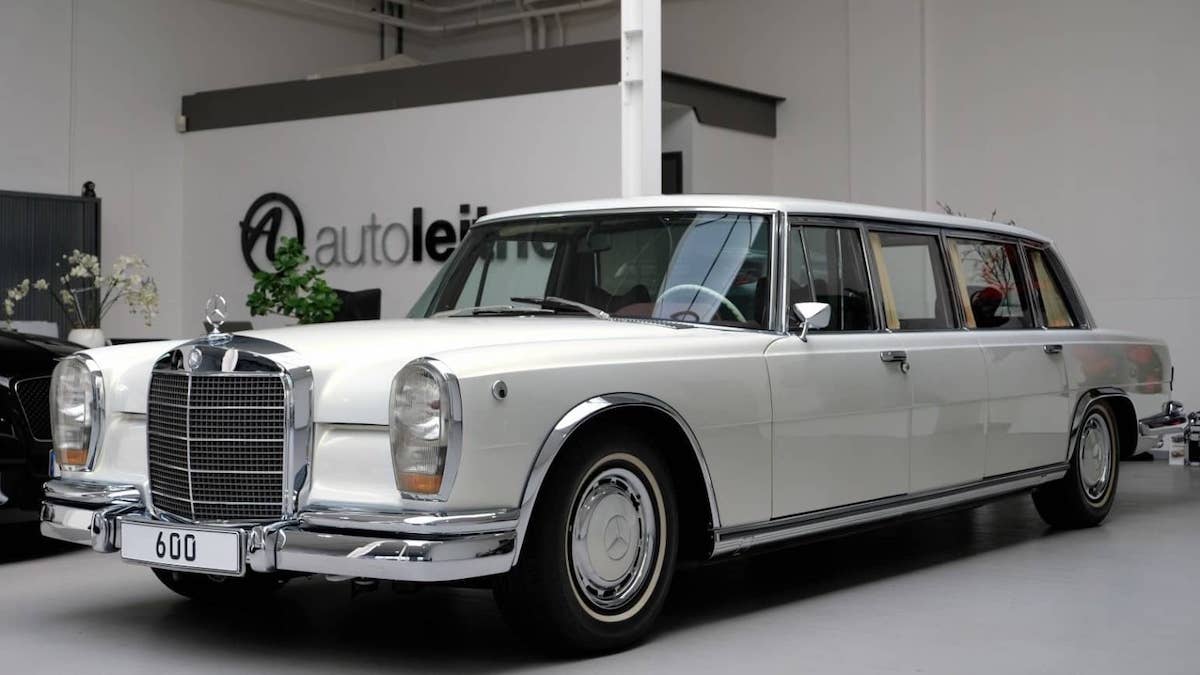 This car has diamonds in its roof-lining and cost over EUR 2.1m
© Auto Leitner

Both the preserve of rock stars and despots, the Mercedes-Benz 600 was synonymous with guitar solos and bloodlust in its 1960s and ‘70s heyday. Yet for all its presence and retro styling, the 600 Pullman you see here is a bang up-to-date, non-jingle jangle luxury Mercedes. To create this retro masterpiece, Mercedes-Benz Classic got hold of this very car, gutted it, and then fitted it with various bits and bobs from a mid-2000s Maybach 62. Some seven years and EUR 3,000,000 later, this Pullman boasted everything from electric heated seats, a fridge, champagne flutes, a full-size TV, and diamonds in the roof-lining. The cost? That’ll be some EUR 2.15m. Despots and musical types apply here. 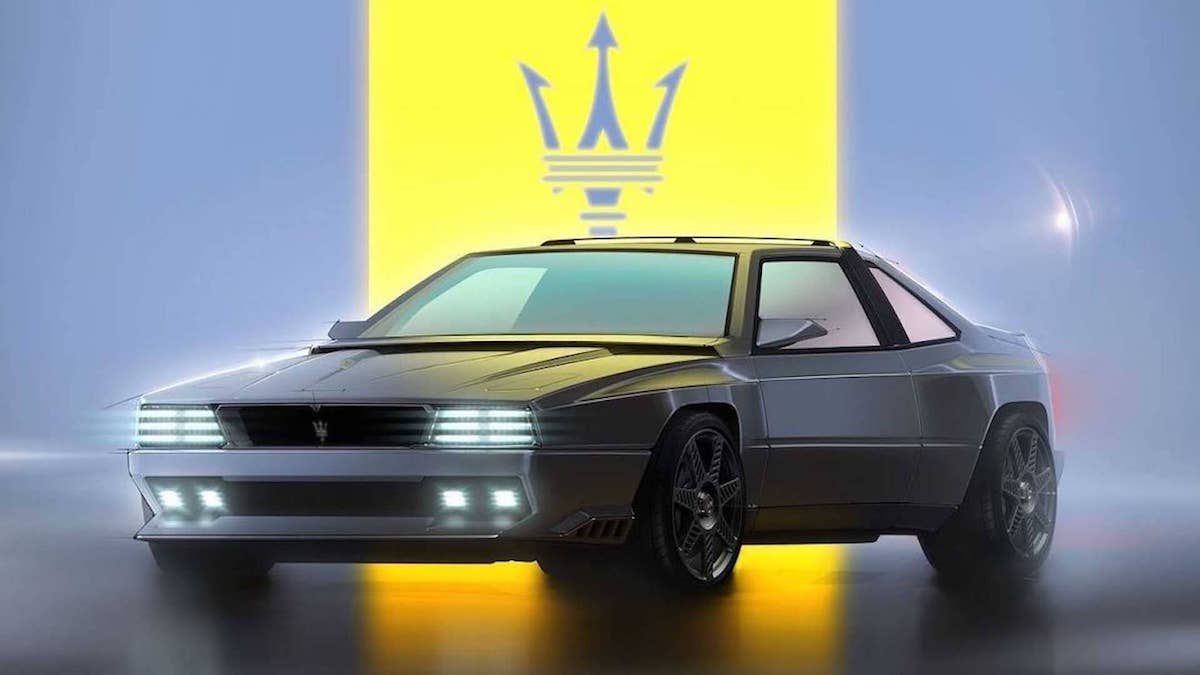 In spite of their beauty and coolness, it’s not wrong to say that Maseratis of the early ‘90s suffered from, erm, “quality control” issues. Not that it stops us from wanting a period Shamal or Ghibli, though. Anyway, it seems that The People At Maserati have been listening, and they’ve given us the Project Rekall. Based on its angles and manly rear haunches, it appears to be a restomod Shamal, and what’s more, Maserati promises that all of the quality issues will be ironed out when it makes production. This is a good thing. What’s more, Maserati is asking its fans for their input into the Project Rekall’s design via the power of social media, so if you want to play your bit in the restomod Shamal, you can fill your boots. Just don’t you dare call it Mazza McMaz Face or make a joke about spaghetti. Please. It’s not funny. 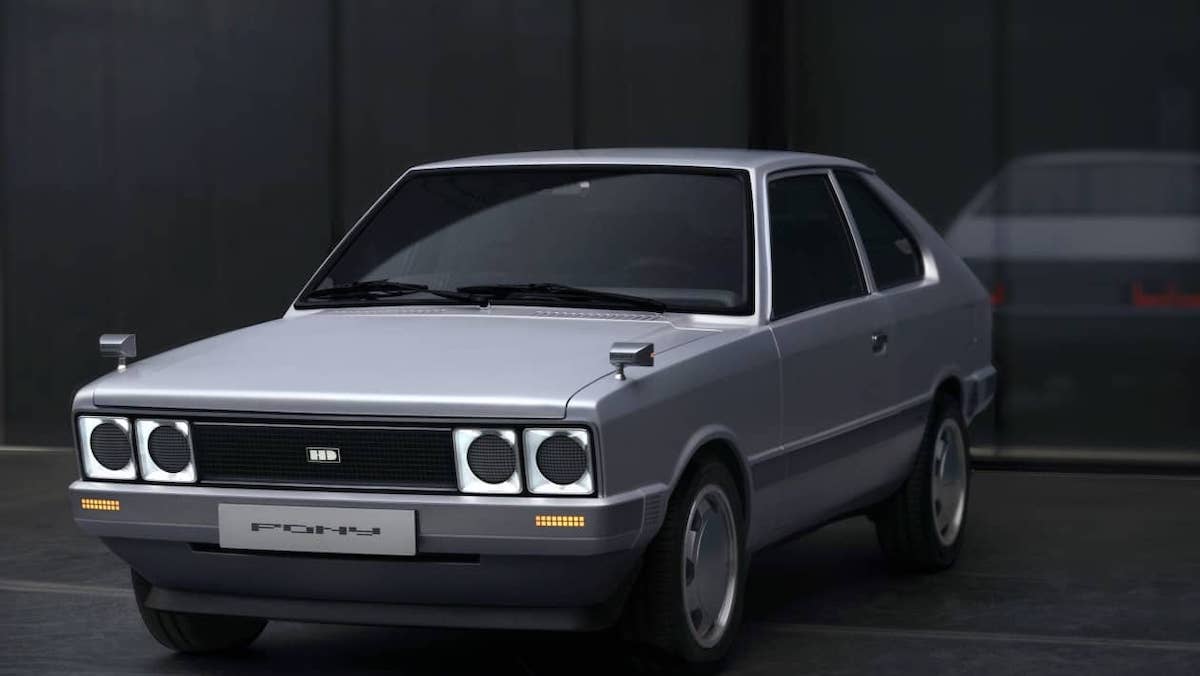 To say that South Korea is killing it with cars - both in terms of design and being just great things - at the moment would be an understatement. We’ve already seen the Hyundai Heritage Grandeur, and the Pony restomod is equally as cool. When it launched in 1974, the Giugiaro-designed Pony was Hyundai’s first car and South Korea’s first mass-produced car. It wasn’t, erm… hugely exciting, though. Yet in 2021, Hyundai made this one-off Pony with pixel head and tail-lights sourced from its oh-very-lovely IONIQ 5. Alongside an exquisite aluminium trim, the 2021 Pony has nixie tube dials. NIXIE. TUBE. DIALS. You can’t get much cooler than that, can you? 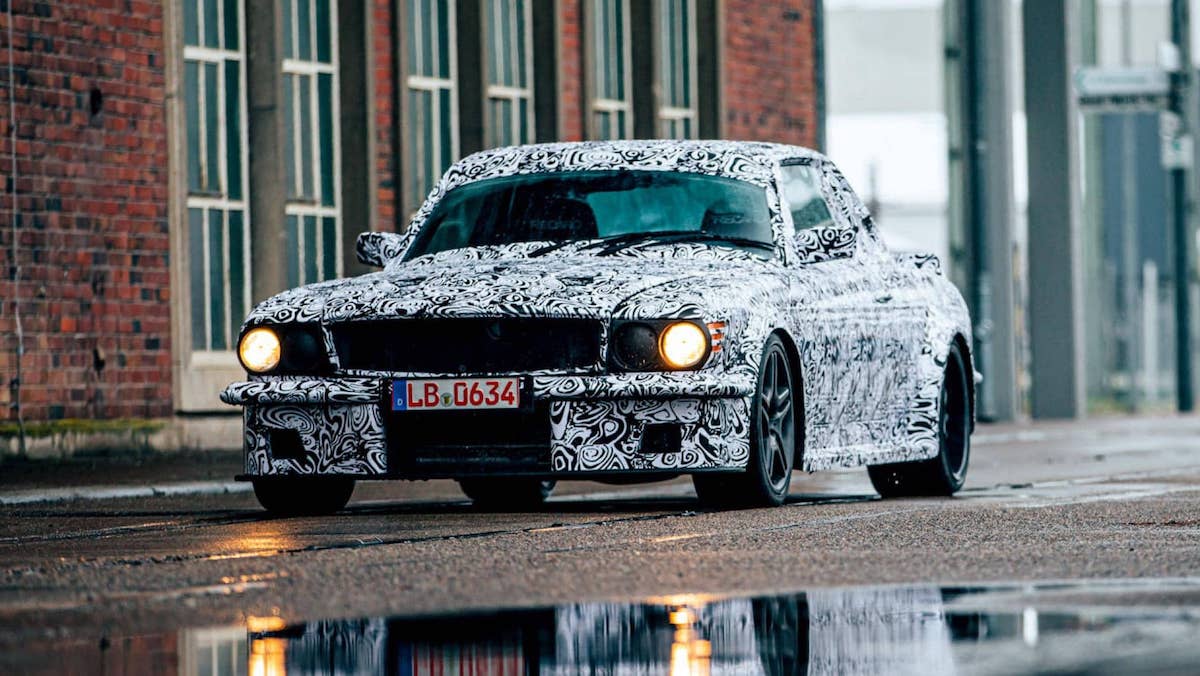 Details are scarce on the Mechatronik Project 107, but based on what we see here, it should be a very lovely thing
© Mechatronik

When it comes to restomod Mercs, nobody does it better than Mechatronik, and their Project 107 is what happens when they get their hands on an SL R/C107. Unfortunately, details are scarce on what promises to be one of their latest creations, but given the pictures, we’re pretty sure it’ll be mega. Born from Mechatronik’s ‘New-Tech’ division, we can expect Project 107 to be loaded with the latest toys and infrastructure. If the rumours are to be believed, then it’ll also come with a big ol’ naturally-aspirated V8. Marvellous. 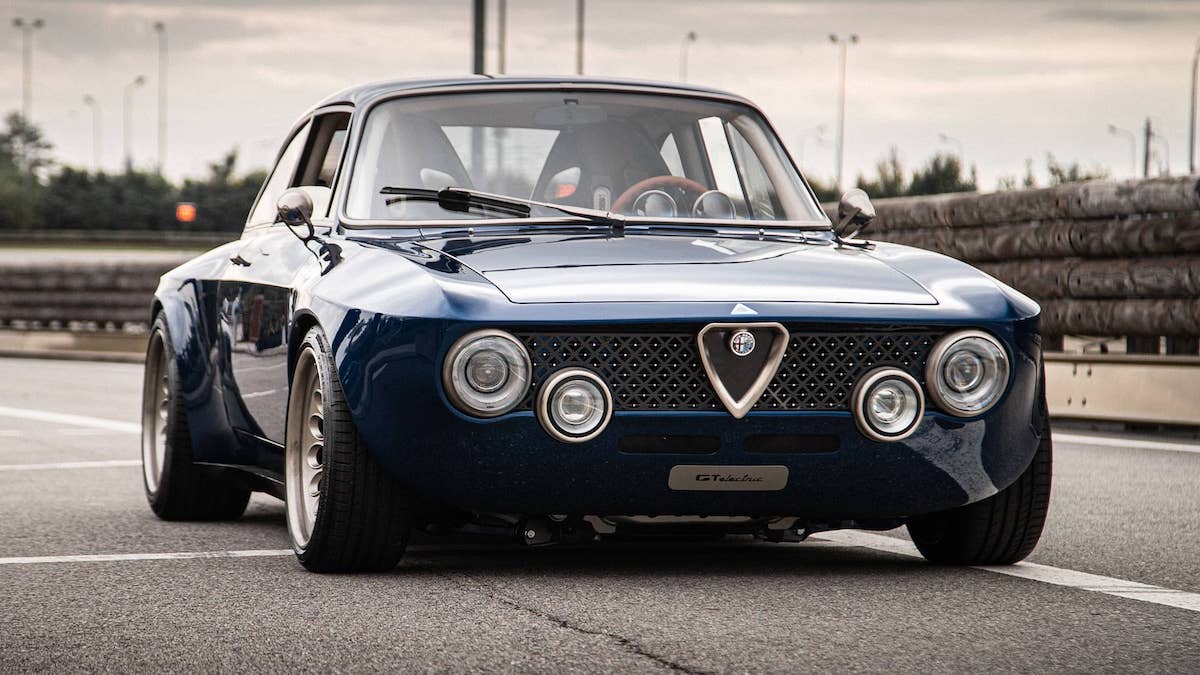 Yes, we want one, and so do you - give in to it
© Polestar Press

Yes, yes, we can hear you screaming “NO, STOP THIS BLASPHEMY” from the back, so let’s get a few things out of the way - driving an EV isn’t the same as an ICE car. However, it’s still an experience and one we’d describe as both thoughtful and relaxing. Oh, and quick. Very quick. Anyway, the GT Electric by Totem Automobili is what happens when the classic car and EV worlds come together and create a truly exquisite device. Based on a 1970s Alfa Romeo GT Junior 1300/1600, the fully carbon fibre GT electric packs a whopping 518bhp from its 81kWh battery, and will reach 152mph at full chat. Oh, it’ll also do 224 miles on a full charge if you do not tune your inner Nino Vaccarella. Totem Automobili has also developed a fast-charging system. Step inside the GT Electric, and it’s all wood, leather, and aluminium. Everything is put together in a way that only Italian sprezzatura can achieve. And those of you moaning about “mUh eNgInE nOIsE”, don’t worry - because The Good People at Totem Automobili have done magic to give the GT Electric THIS wonderful soundtrack. The price for all of this Italian amazingness? That’ll be EUR 430,000, please. 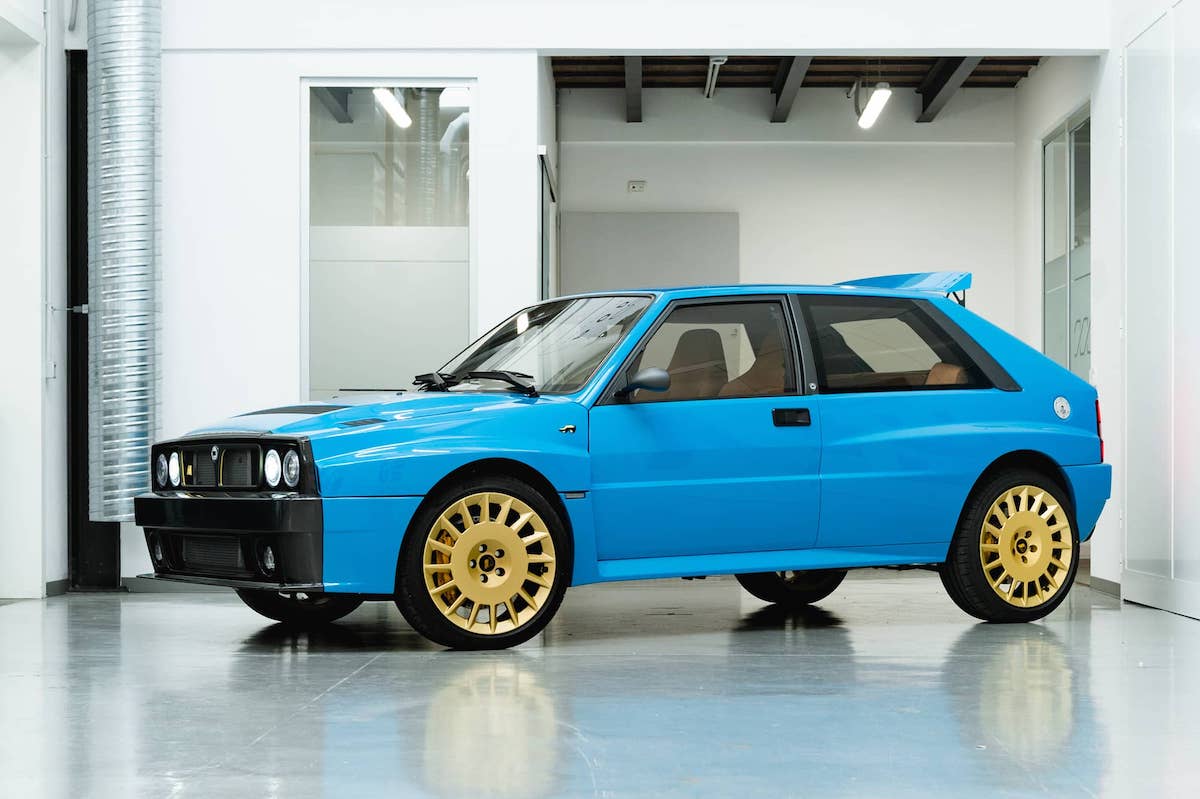 You also want one of these too, don’t you?
© Automobili Amos

There aren’t many things that make us feel a bit sweaty, but a Lancia Delta Integrale is something that’ll transform us into something that makes Prince Andrew seem arid. Already a thing of true greatness, Automobili Amos has made the Delta even better. Seriously. Frustrated with what Lancia has become since its WRC heyday, Automobili Amos founder, Eugenio Amos, created a Delta - the aptly named Futurista - for the modern day… because why not? An homage to what’s arguably Lancia’s greatest hit, the EUR 330,000 Futurista boasts an all-aluminium body, and a carbon fibre front end. Under its hand-forged skin, it has uprated brakes from Brembo, and electrics from Magneti Marelli. Think of the Futurista then, as a rambunctious chorus of Bella Ciao celebrating everything wonderful about Italy. On that side of things, Amos also doesn’t seem massively arsed about the PR or marketing about his creation, and that’s why we love everything about this car. To summarise everything great and good about the Futurista, here’s what the man himself had to say: “nowadays every car is fast, safe, reliable, precise… but what happened to the personality?” We couldn’t have said it better ourselves. 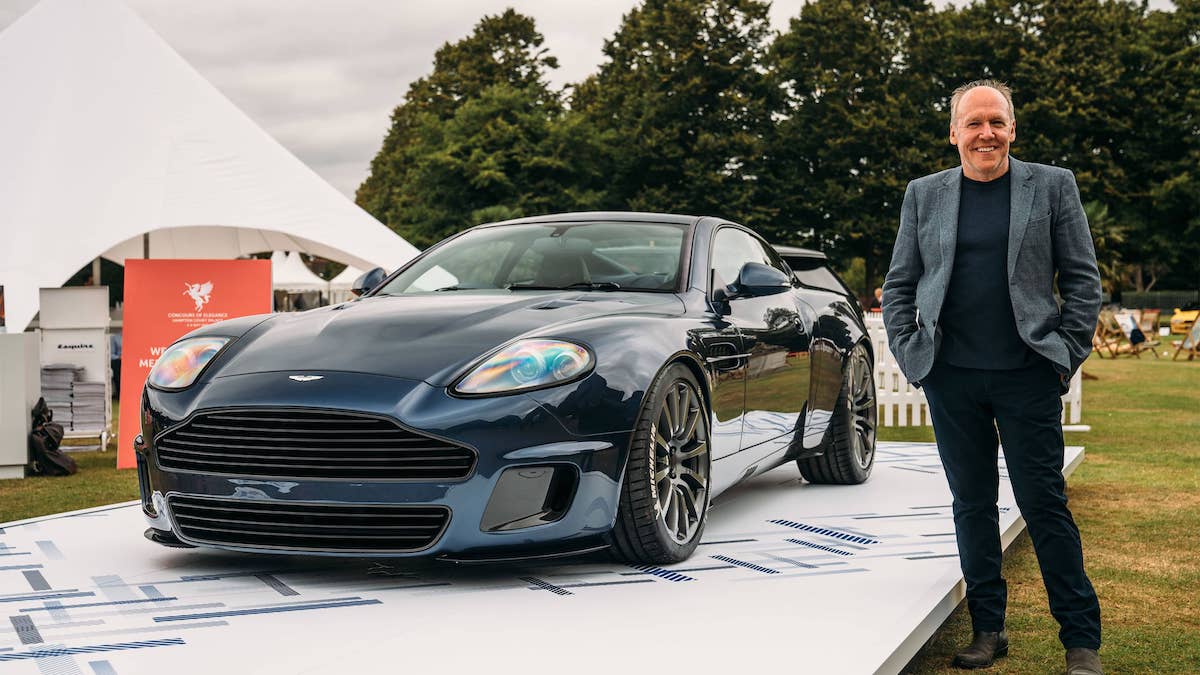 Ian Callum took his finest creation and made it even better - an astonishing exercise in power, carbon fibre, and style
© CALLUM design studio

At Dyler we’re unashamed fans of Ian Callum. After all, the I-PACE, DB7, Vantage, DB9, DBS, are but a few of our favourite cars that were born from the Softly Spoken Scot’s pen. Well… iMac. Despite everything Ian has contributed to the automotive world, the Aston Martin Vanquish is what he considers to be his proudest moment. Yet in his own words, he was a tad disappointed with how a few things - the interior, for example - turned out. So when he set up his bespoke CALLUM design studio after he left the position of Director of Design at Jaguar Land Rover, he set about fixing everything he felt was wrong with the OG Vanquish in what is the ultimate passion project. His interpretation of his finest hour - the Vanquish 25 by CALLUM - has undergone at least 350 changes inside and out. The CALLUM car also has an optional manual gearbox, should you wish to opt-out of the clunky semi-auto fitted to the original. What’s more, its 6.0L V12 has been tweaked to produce a whopping 580bhp from the original’s 460 horses. As its name suggests, there are only 25 of these Ultimate Vanquish cars in the world. 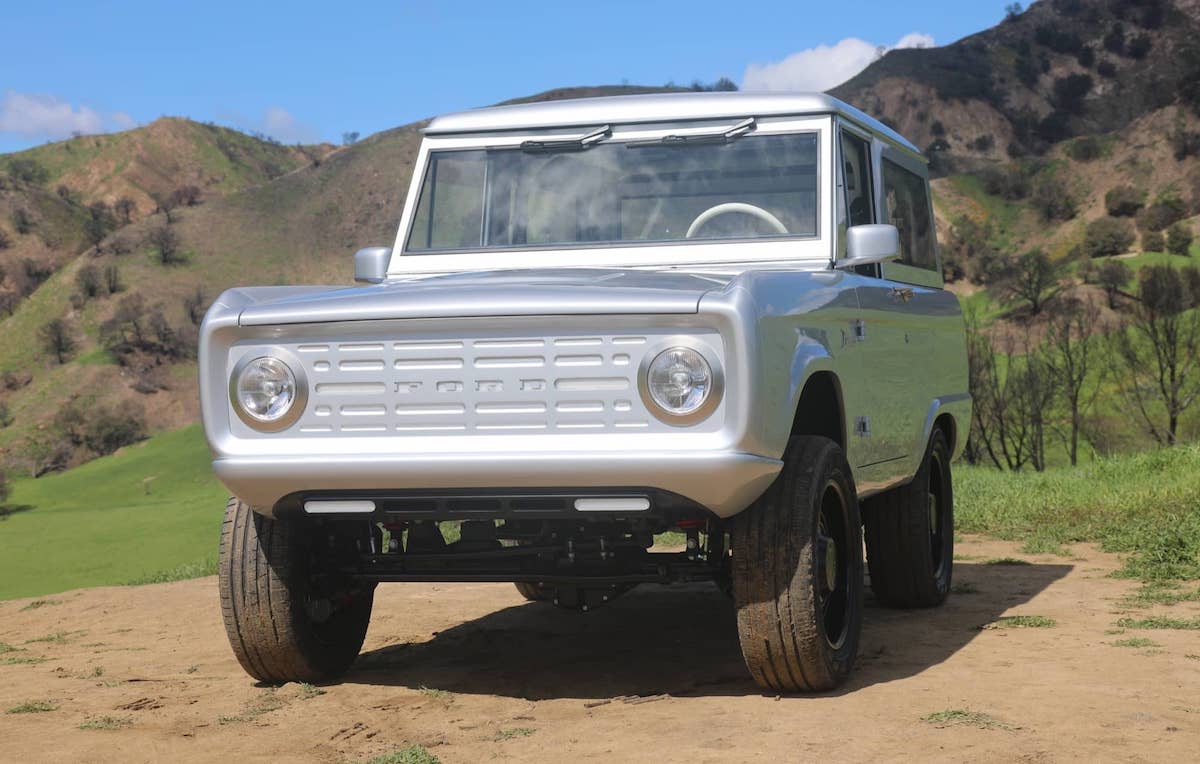 Unfortunately in the UK, we don’t officially get the Ford Bronco, and that makes us sad. Especially when we look at Zero Labs’ restomod interpretation of things. Like the Jeep Wagoneer, we think that the Bronco is one of the coolest SUVs of all time, yet California’s Zero Labs has pushed it into the sub-zero stratosphere! With build quality akin to a Rolls Royce, and coachwork that’s a symphony in stainless steel and aluminium, we can think of a cooler SUV on sale today. What’s more, its 70kWh battery drives a pair of electric motors which push 440bhp to all-four wheels. We don’t have enough space to describe how awesome this interpretation of the Bronco is, but if you’re keen for one - as we are - you can find out more here!

All of the car models mentioned here are for sale on Dyler - click here to browse our thousands of listings for your next classic!