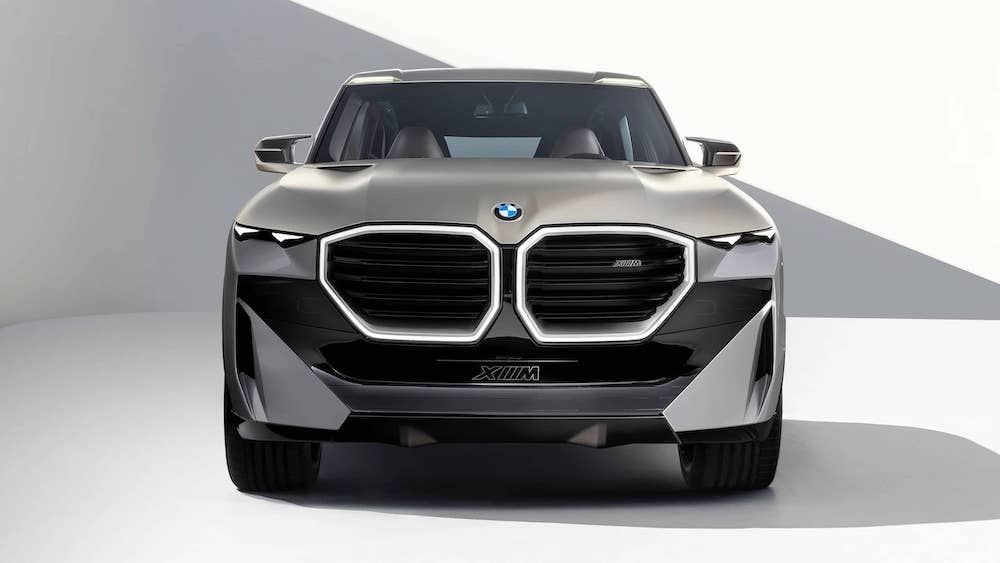 This week, BMW launched its concept XM - yes, this 740bhp plug-in hybrid is the first standalone M Car since the beautiful M1, and yes, it has astonishing performance figures, and yes, many people with many Shekels will buy it.

Yet for all of the XM’s big money and massive power flex, its looks are the biggest talking point. Whilst they may not be to everyone’s taste, surely the genius behind good design is getting people talking, right? 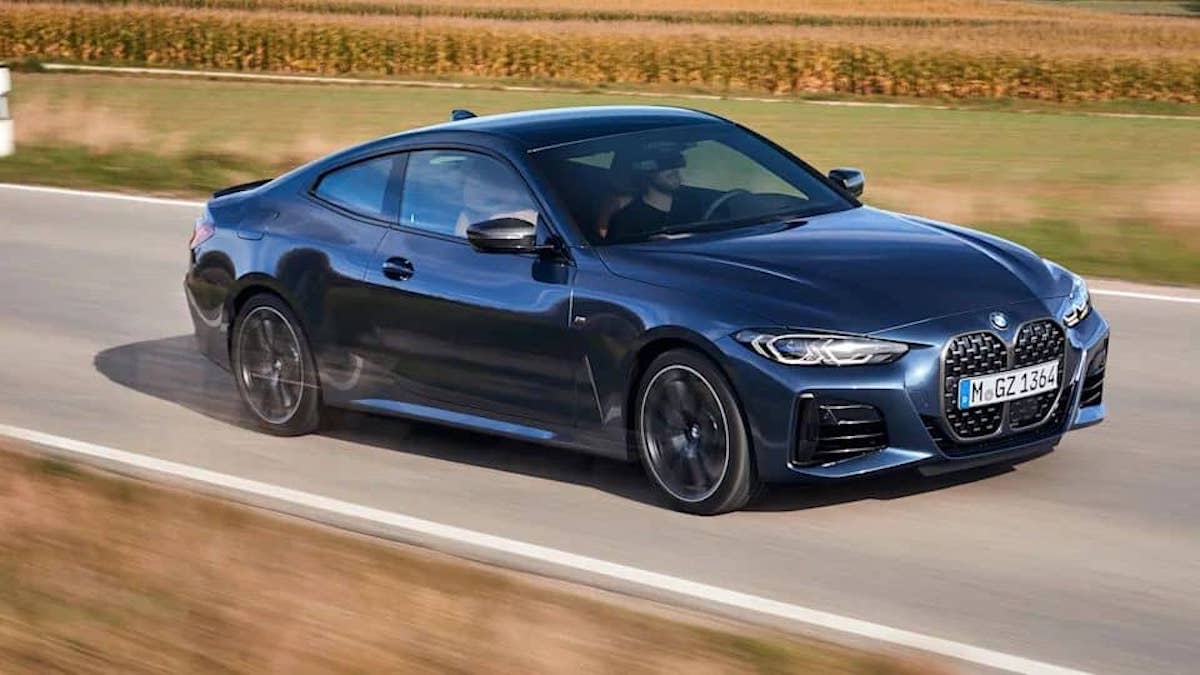 Wherever you stand on BMW’s new design philosophy - and we are not against it given how much we enjoyed the new 4 Series and M4 both aesthetically and behind the wheel - we thought we’d make this edition of This Week in Cars about five classic BMWs, which are considered to be some of the company’s finest designs in its history. 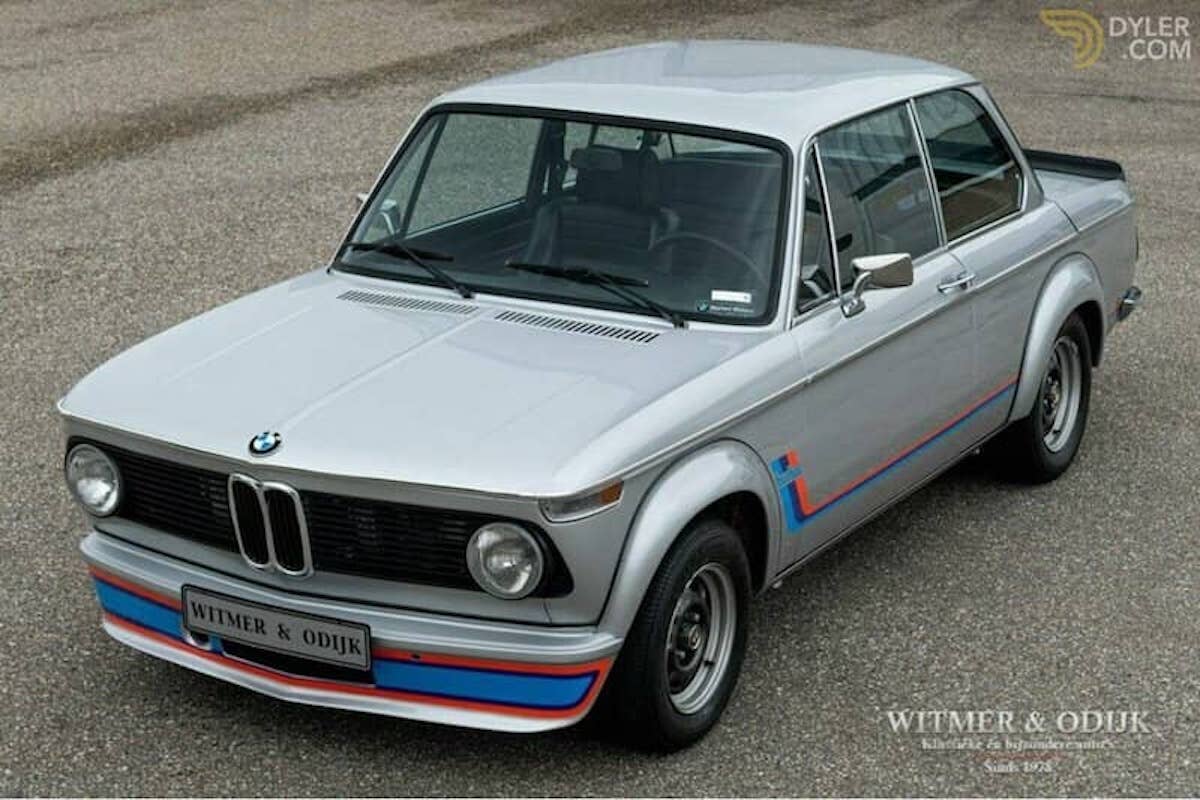 The 2002 Turbo was a turbocharged version of BMW's 2002, which was introduced in 1968. Widely considered the first true sports sedan, the 2002 was light, modern and, most importantly, comfortable, with enough room for four. In short, it was the forerunner to the much-loved BMW 3 Series. The 2002 Turbo was powered by a four-cylinder engine, which produced 170bhp. When the 2002 launched in 1973, it was one of the fastest road-going production cars around, and was only bested by the Porsche 911. 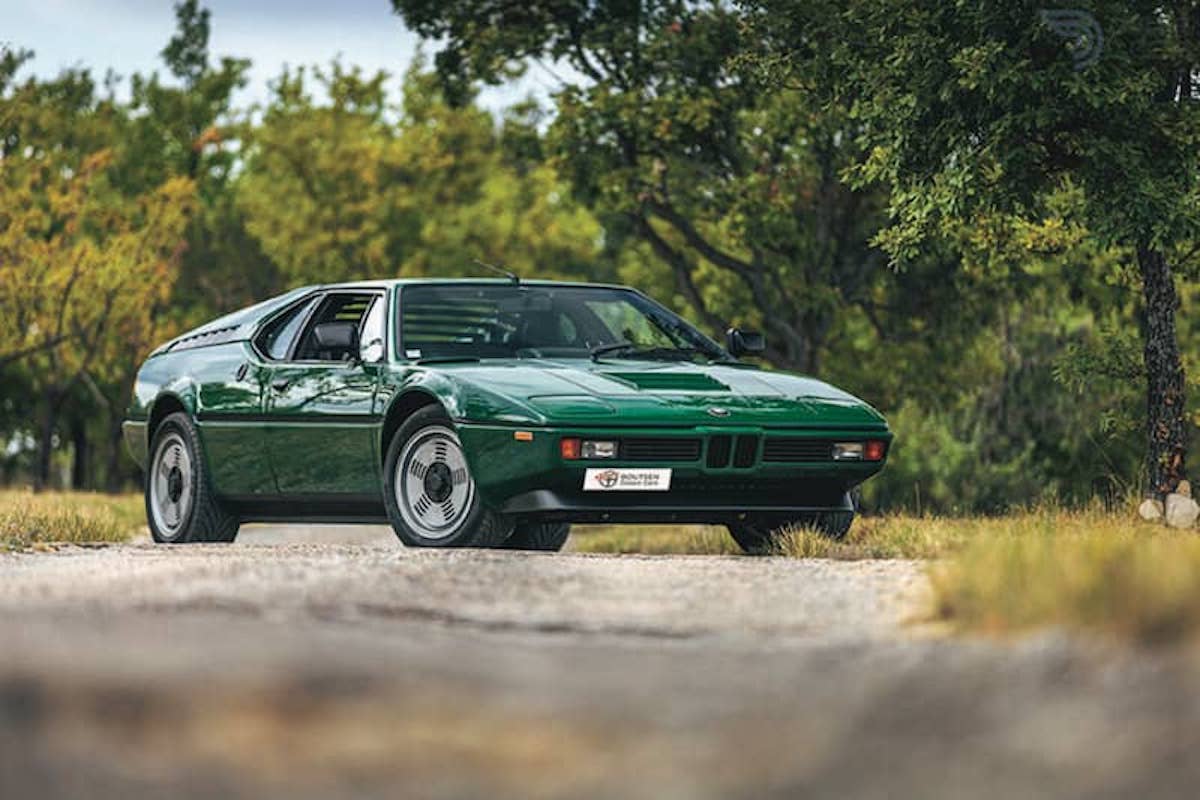 The BMW M1 is where BMW’s ‘M’ division started. Back in 1978, BMW decided that it needed a car specific for racing, and here it is - a purpose built, mid-engined homologation special designed for the track. The first ‘M’ Car. The M1 was originally destined to be a joint venture between BMW and Lamborghini. However, given that fallings out tend to happen when Germany and Italy get together, that’s exactly what happened and BMW ended up making the car themselves. The M1 was powered by a 3.5-litre inline six motor, and it also boasted a highly advanced tubular steel space-frame chassis. Just 453 M1s were produced over a three year period, which makes it one of the rarest, sought after BMWs of all time. Up until the i8, the M1 was the only mid-engined car to have been made by BMW. 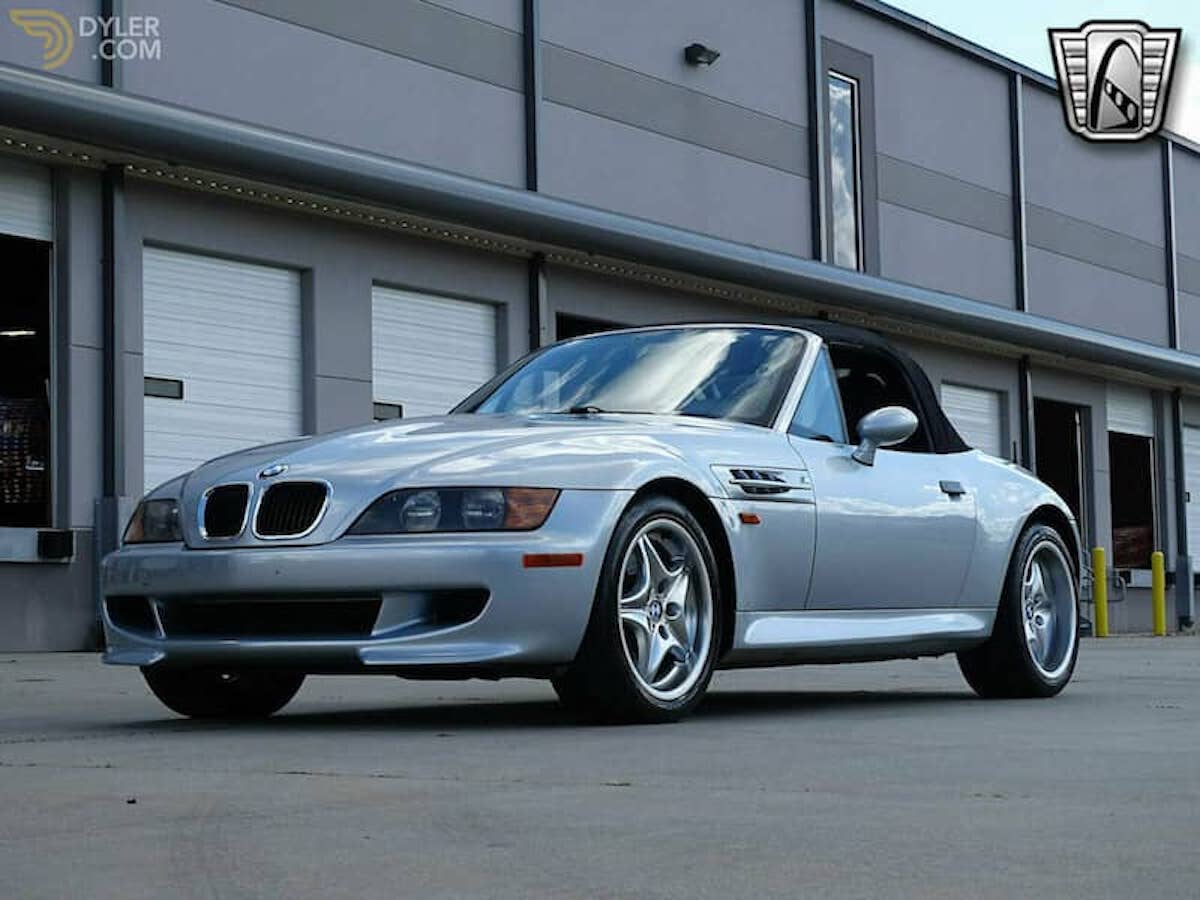 The BMW M Roadster was the hot version of the BMW Z3. Powered by the brawny 3.2L straight-six motor from the E36 M3, the M Roadster retained all of the Z3’s good looks, but The People From BMW ensured that the Z3 now had the power to match its great looks. It was also way more driver-focused than before thanks to the E36’s suspension, limited-slip diff, brakes and pretty much all the hardware it needed to cope with the extra power. Fun to drive all the time, and hilariously slippery in the wet, is the BMW M Roadster the most-overlooked M Car of all time? 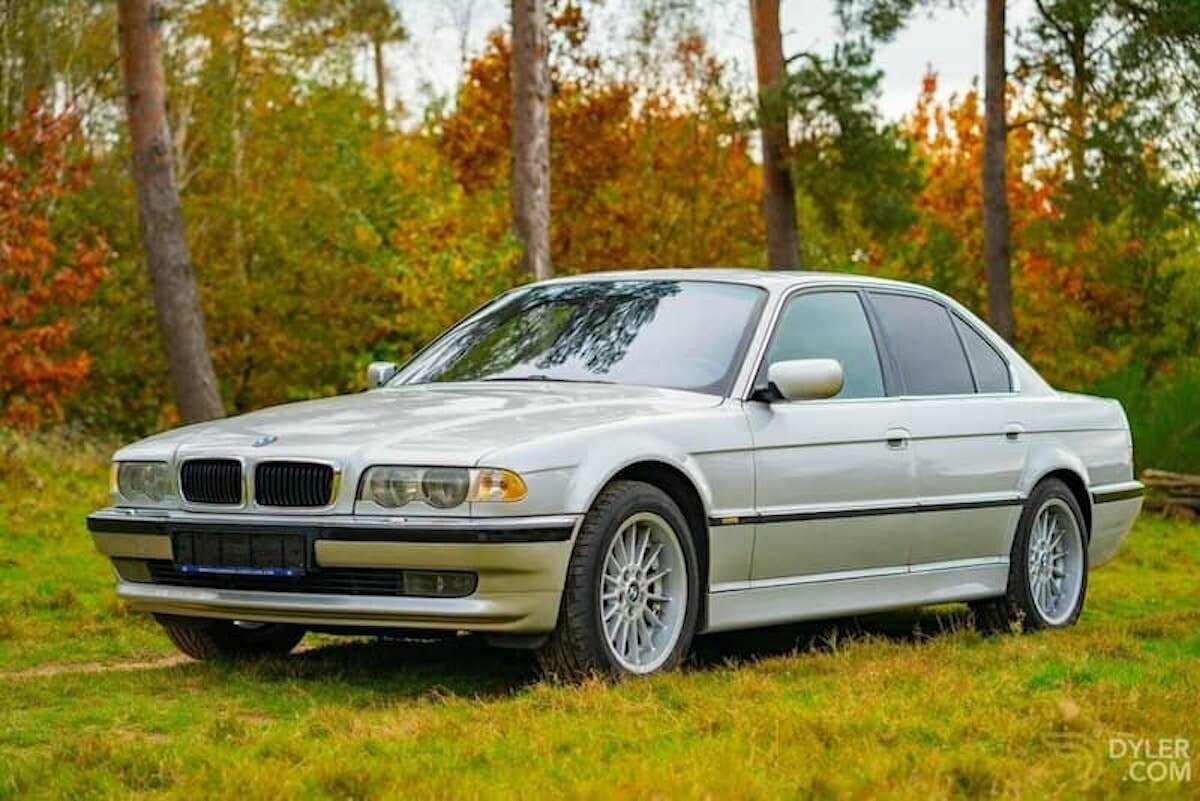 This wouldn't be a proper list of classic BMWs with an E38 7 Series, so here you have it - from the off, the E38 firmly had the W140 Mercedes S-Class in its sights, a car which is widely considered to be the most technologically advanced automobile ever made. When it came out in 1995, the E38 was the first European car to offer satellite navigation, and it was the world’s first car to have curtain airbags. It was also the first 7 Series to have a diesel engine, alongside the straight-six, V8, and V12 units BMW also offered. It was also vastly superior to drive over the Mercedes and handled more like a sports saloon than a big, luxurious Eurobarge. Despite going out of production 20 years ago, the Boyke Boyer-designed E38 is now considered to be one of the best looking BMWs of all time. It has also made for one of the coolest, most memorable Bond cars ever after its starring role in Tomorrow Never Dies. Available in short wheelbase (i), long wheelbase (L), and limousine guise, the E38 is hands down one of the greatest BMWs ever made.

Widely considered to be the best M3 ever, the E46 is now well and truly an ‘M’ Car for the collectors
© Cool Classic Club

In the 30 plus years since the BMW M3 burst onto the automotive world, there hasn’t been a bad one. However, the E46 you see here is widely considered to be the greatest of them all. The E46 M3 was - and still is - praised for its naturally-aspirated, 3.2-litre straight-six engine, six-speed manual gearbox, and its engaging drive. In short, it’s widely seen as the last of the properly mechanical M3s. After all, the E46’s successor, the E90, moved away from the traditional naturally-aspirated inline-six to a 4.0-litre V8. The cars that followed, the F80 and G80, were a further departure from the E46 thanks to electronic steering, turbocharging, and optional four-wheel-drive. Right now, E46s - both M3 and standard cars - are reasonably affordable. However, their unfussy design, pure mechanicals, and thrilling driving experience, mean they will certainly rise in value in the not-too-distant future. Do it. You know you want to.