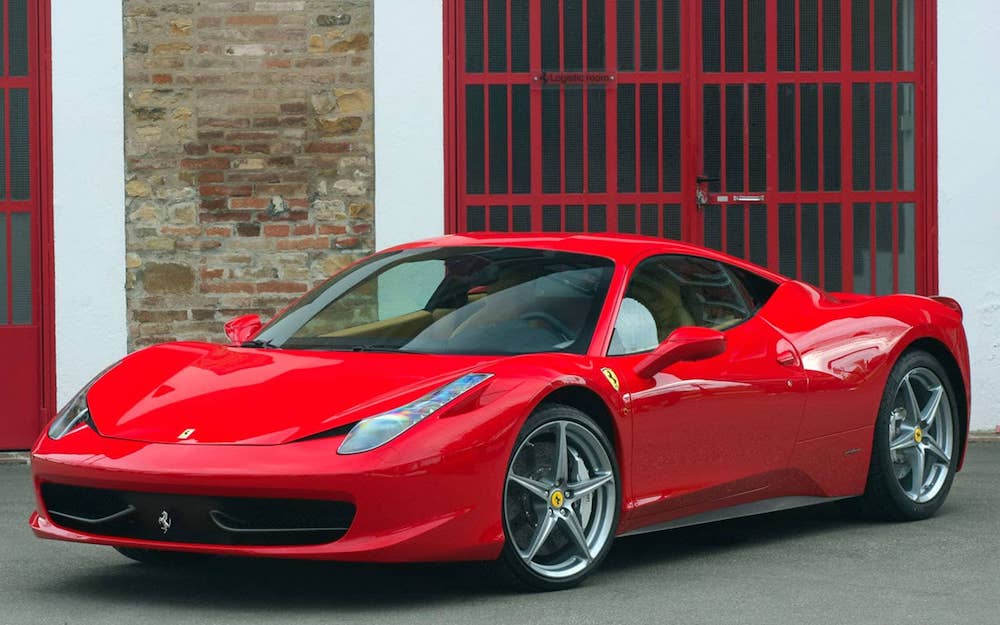 The reasons behind buying a classic car vary from individual to individual - some will buy a classic as an investment, whilst others will purchase one because it’s the dream car they’ve always wanted. Some braver enthusiasts may even go all in and use their classic car as a daily depending on its age and condition.

Thankfully - if you’re looking to buy your classic car as an investment - the good people over at Hagerty have already done this bit of hard work for you. For the second year in succession, they have produced their Bull Market List of cars which are at the bottom of their depreciation curves and are set to rise in value during 2022.

Scroll below to look through some of the hottest classic car buys of this year! 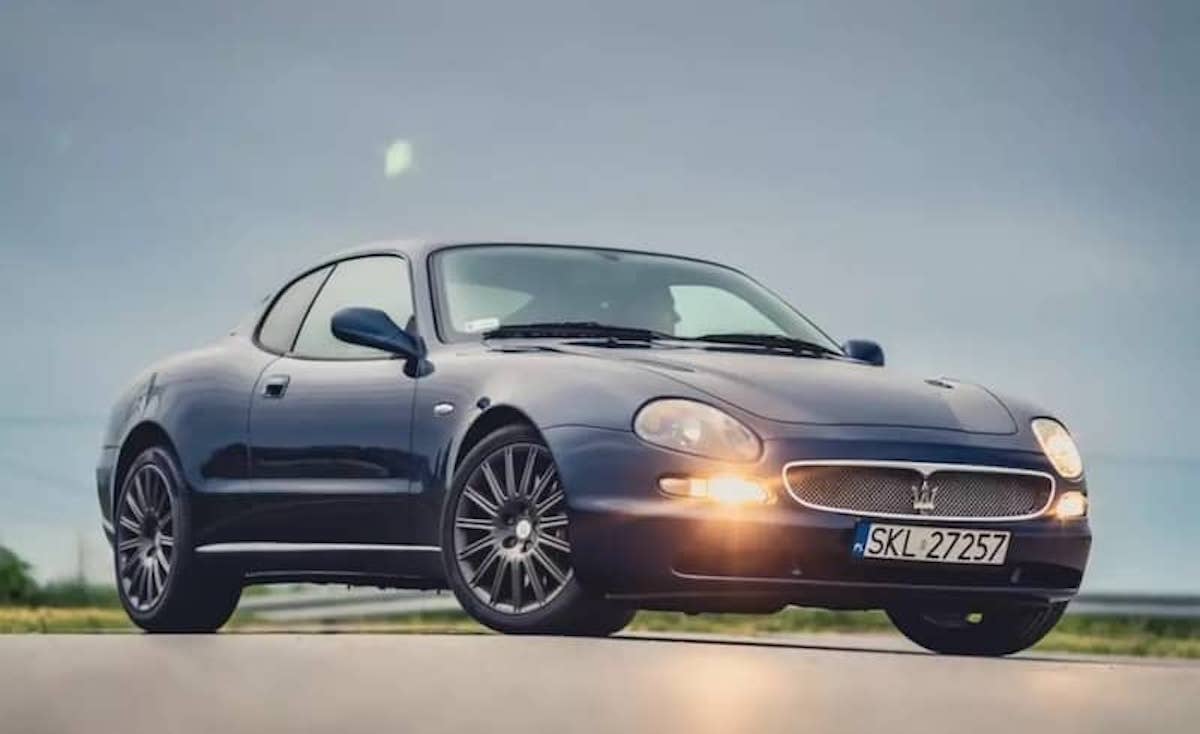 Just looking at the Maserati 3200 GT, it’s no surprise that it’s one of the modern classic cars that are set to rise in value in 2022. Maserati’s Giugiaro-designed sports grand tourer is a far more head-turning choice than the contemporary Jaguar XKR or Porsche 911 996 of the late 1990s and early 2000s. The 3200 GT boasted touches of Italian design flair that neither the British nor German car could match. It had boomerang-shaped rear headlights, and the Maserati trident set proudly into its C-pillar. Then there was the noise. Under the 3200 GT’s sloping bonnet was a 3.2-litre, twin-turbo V8, which produced a sonorous, howling soundtrack, and pumped 370bhp through its rear wheels. Initially overlooked at its time of launch in 1998, this turn of the century Maserati has recently become wildly popular amongst Maserati enthusiasts and within the wider classic car community in recent years. From 2019 to-date, 75% of all 3200 GTs offered at auction have sold successfully. 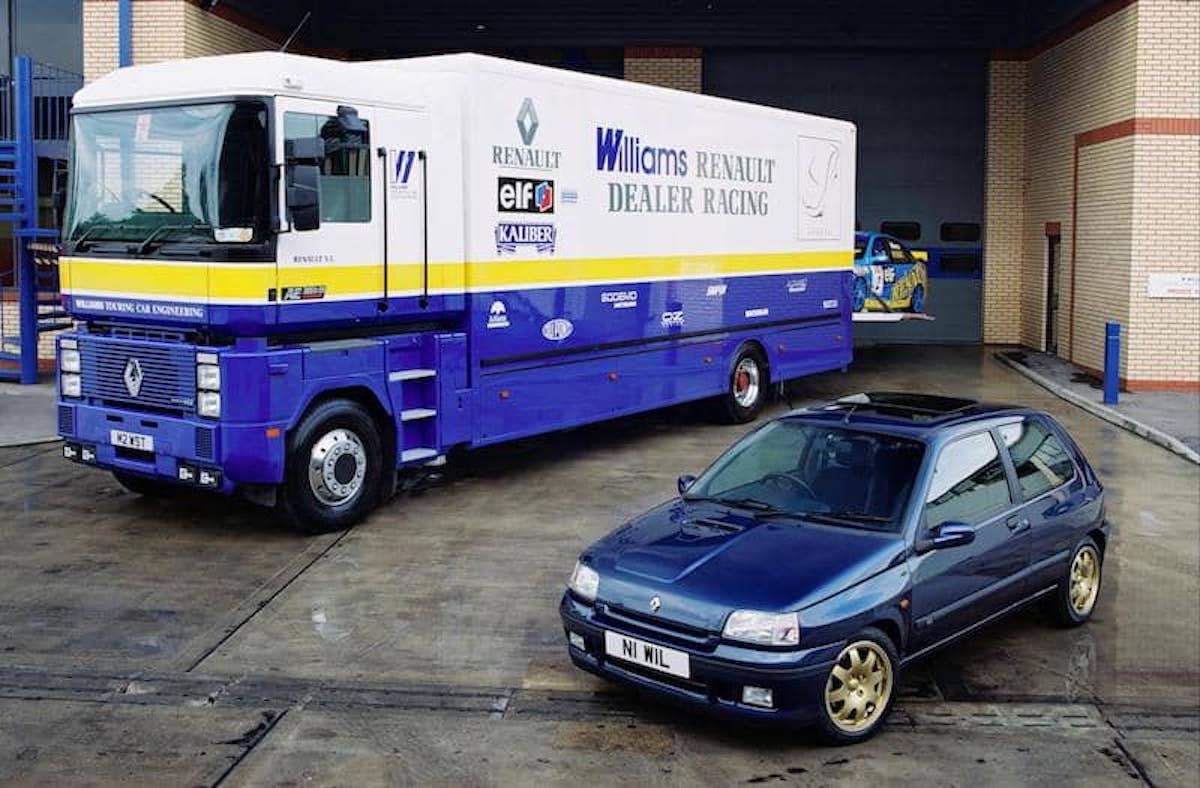 Small, light, and with added Renault Sport magic dust, the Renault Clio Williams is one of the French car maker’s most recognisable hot hatchbacks of all time
© Newsroom Renault

Without a doubt, Renault are the kings of the hot hatch game at the moment thanks to its glorious Mégane R.S. However, the French carmaker has a long history of producing sensationally fun hot hatchbacks including the pocket rocket you see here - the Renault Clio Williams. Launched at a time when the Williams F1 team dominated the sport with the assistance of Renault power, The People From Renault Sport decided to celebrate and rightly so. It took its 2.0L,16-valve Clio Cup car, revised its suspension, widened the track, and bolted on those instantly-recognisable gold Speedline alloys to create a homologation special of just 12,000 cars. Despite having “only” 148bhp, the Clio Williams weighed just 980 kilograms, meaning it was one immensely fun to drive and most importantly - yet another of Renault’s hot hatch hits. 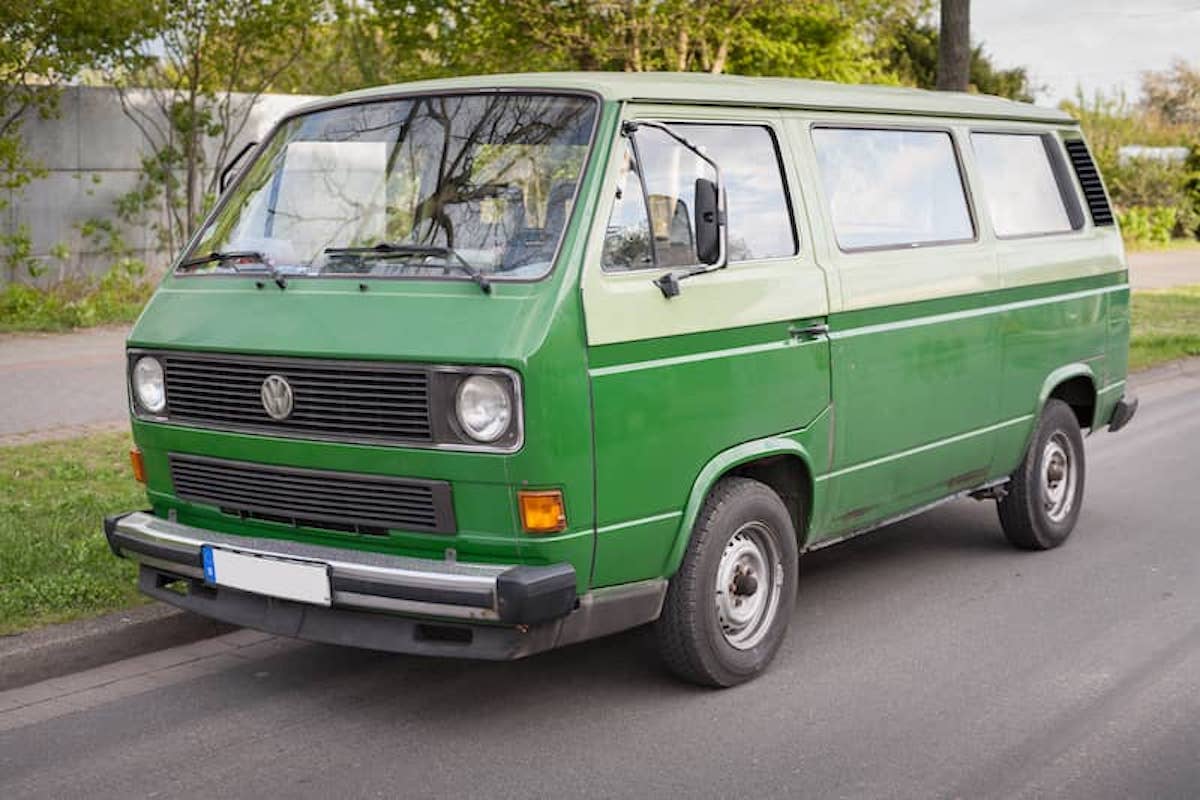 The Volkswagen T3 may not be pretty, but with the rise of the staycation, it’s sure become popular
© Wiki Commons

With the COVID-19 pandemic affecting travel plans for everyone - not just the classic car world! - there has been a rise in “staycations” and with it, a demand for camper vans as families seek to holiday in their native countries. Alongside the staycation trend is a rise for camper vans, especially the Volkswagen T3 or VW T25 Camper. Introduced in 1979, this third-generation of VW’s iconic camper van wasn’t the prettiest in the model’s history, but it retained the much-loved air-cooled engine (albeit this time sourced from Subaru) and had vastly improved handling and safety features over its predecessors. One of the biggest draws of later T3s - VW replaced it with the T4 in 1990 - is their blocky styling which is reflected in other VW modern classics including the Passat B3 and B4, and the Golf Mks 2 and 3. 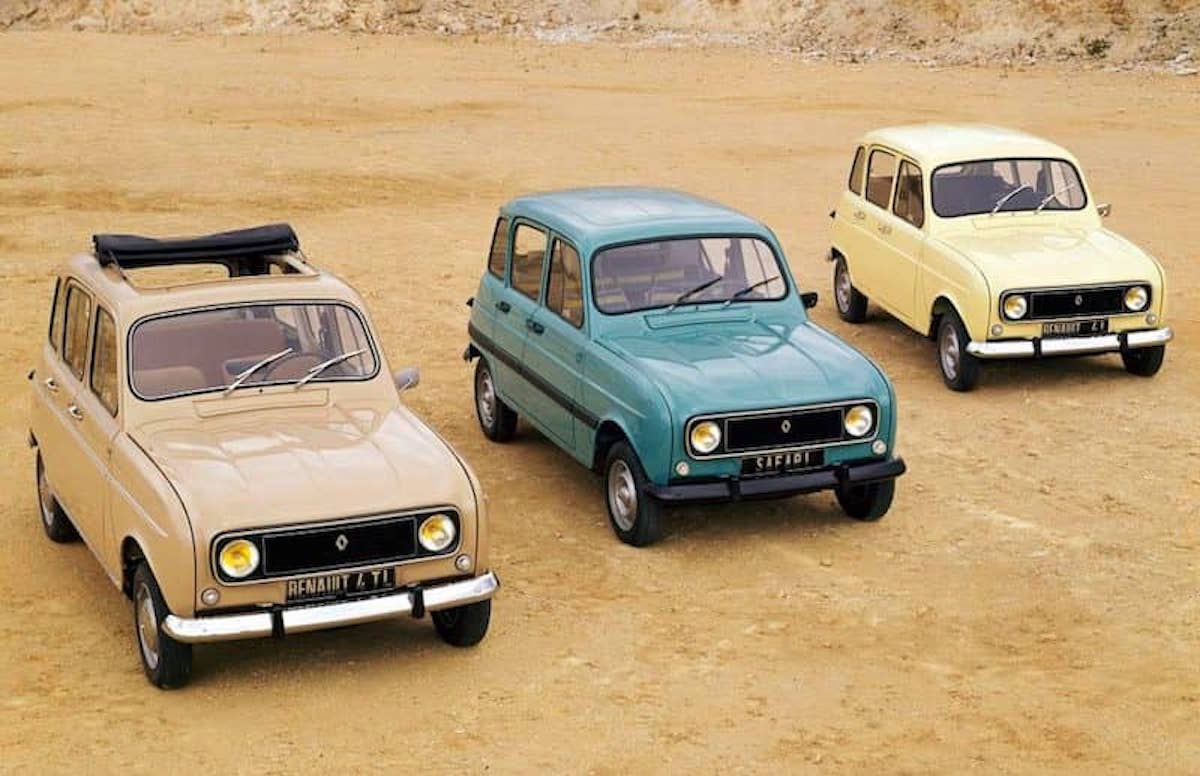 The 4 is quirky, tough, and the second Renault to make this list - it’s also set for a comeback in 2025 as an EV
© Newsroom Renault

The only car we know of that has a wheelbase 45mm longer on its right side than its left, the rugged little 4 was Renault’s answer to the Citroën 2CV, FIAT 500, and Volkswagen Beetle. Produced for a staggering 33 years, the Renault 4 - or “Fourelle” - was a utilitarian family car, which provided families everywhere from France to Uruguay and everywhere in between with spacious, affordable, no-nonsense transport. It also boasts a clam shell bonnet and a dash-mounted gear lever; two things that make it instantly cool. It’s not a powerful car by any means thanks to its 1.1-litre engine with a tiny 34bhp. As part of Renault’s ‘Renaultution’ plan for 2025, the 4 will be making a comeback as an all-electric crossover. If you want one of the originals, buy now as prices for an original Renault 4 have risen by 39% in the last two years and will almost certainly go up. 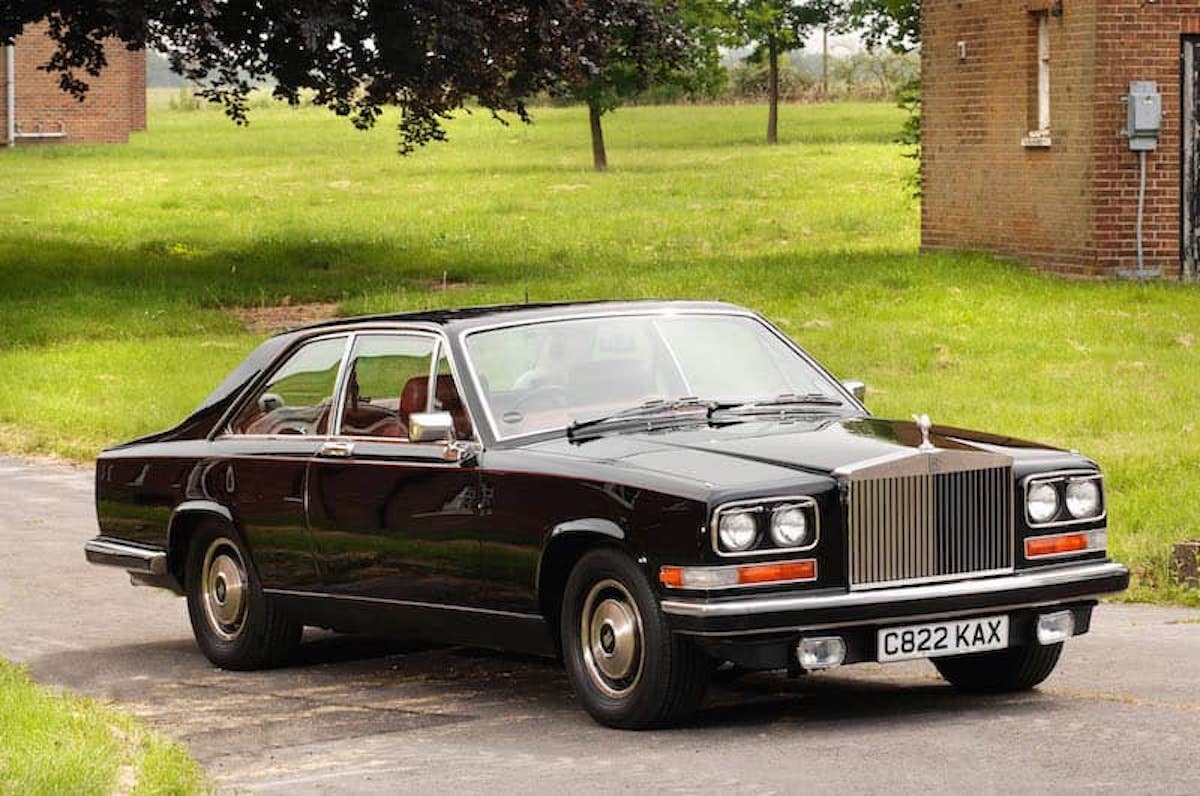 No whiff of Operation Yew Tree here, the Rolls Royce Camargue was Pininfarina-designed luxury coupe barge which only the mega wealthy could afford
© Getty Images

Now then, now then, - most Rolls Royce cars from the mid-1970s definitely have a whiff of 1970s TV and radio presenters about them. Jingle jangle, if you will. However, the Pininfarina-designed Camargue was different. Untouched by any connotations of Operation Yew Tree, the Camargue is starting to gain the recognition it finally deserves and we’re not surprised - it’s wafty, it’s incredibly luxurious in a 1970s shag pile carpet and walnut kind of way, and its light steering makes it incredibly easy to drive despite weighing almost 2.5 tonnes. From 1976 to 1985, just 531 Camargues were made, which makes it incredibly rare. When it launched, it also had a price tag of £29,250; the equivalent of £291,000 in 2022 money. With prices now starting around the £25k mark on the classic car market, the Camargue seems a proper steal, doesn’t it? 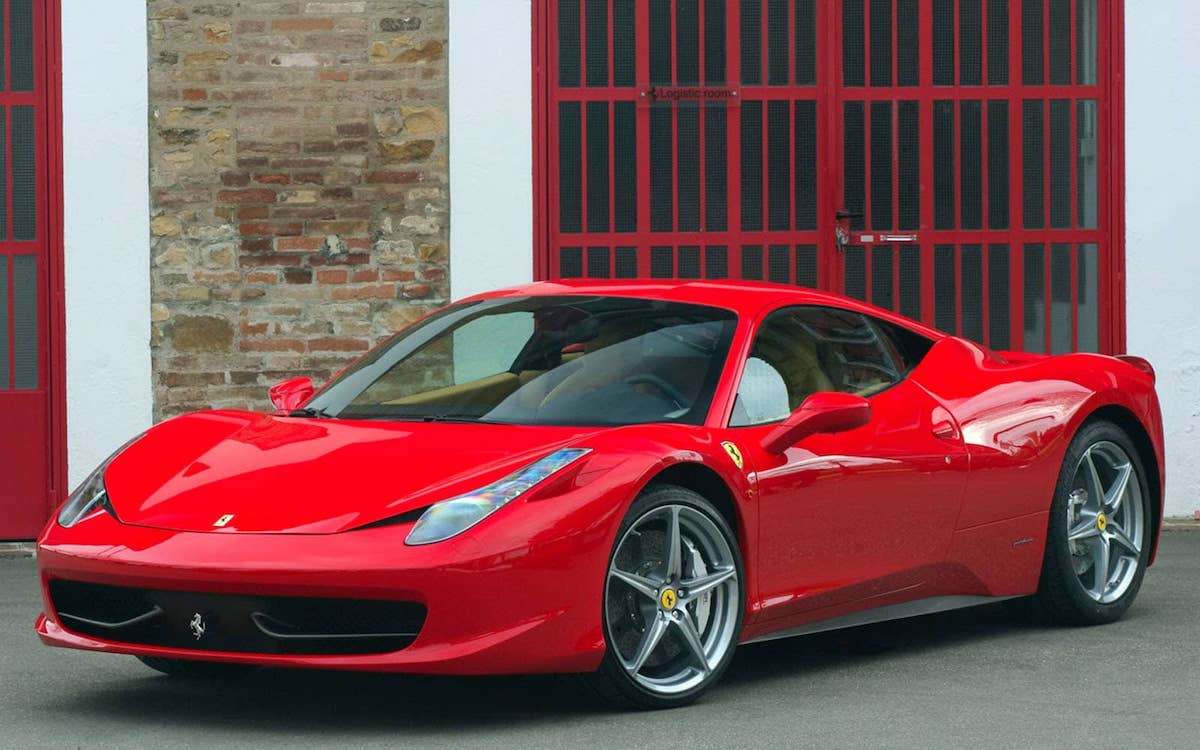 The Ferrari 458 Italia is one of the best cars the Scuderia has ever made, and its price tag of up to £200,000 is a reflection of just how superb a machine it is
© Ferrari

Since the F355 of the mid-’90s, there hasn’t been a duff two-seater, rear-engined Ferrari. That said, the 458 Italia is widely considered to not just be one of the best of its kind; it’s considered to be one of the all-time great cars from Maranello. Launched in 2010, the 458 Italia turned out to be the last naturally-aspirated V8 sports car to be produced by the Scuderia as emissions restrictions meant all future cars of this nature would have to be fitted with more efficient turbocharged engines. The 458’s clean, Pininfarina-design will still turn heads despite going out of production seven years ago, and its 562bhp, 4.5L V8 remains tantamount to aural nectar. Alongside its jaw-dropping looks and operatic V8 soundtrack, the 458 Italia is also capable of reaching 124mph in 10.4 seconds and boasts a top speed of 202mph. It’s not a cheap car at all, with prices starting at around £100k with low-mileage cars exceeding double that. It is bloody good, though… 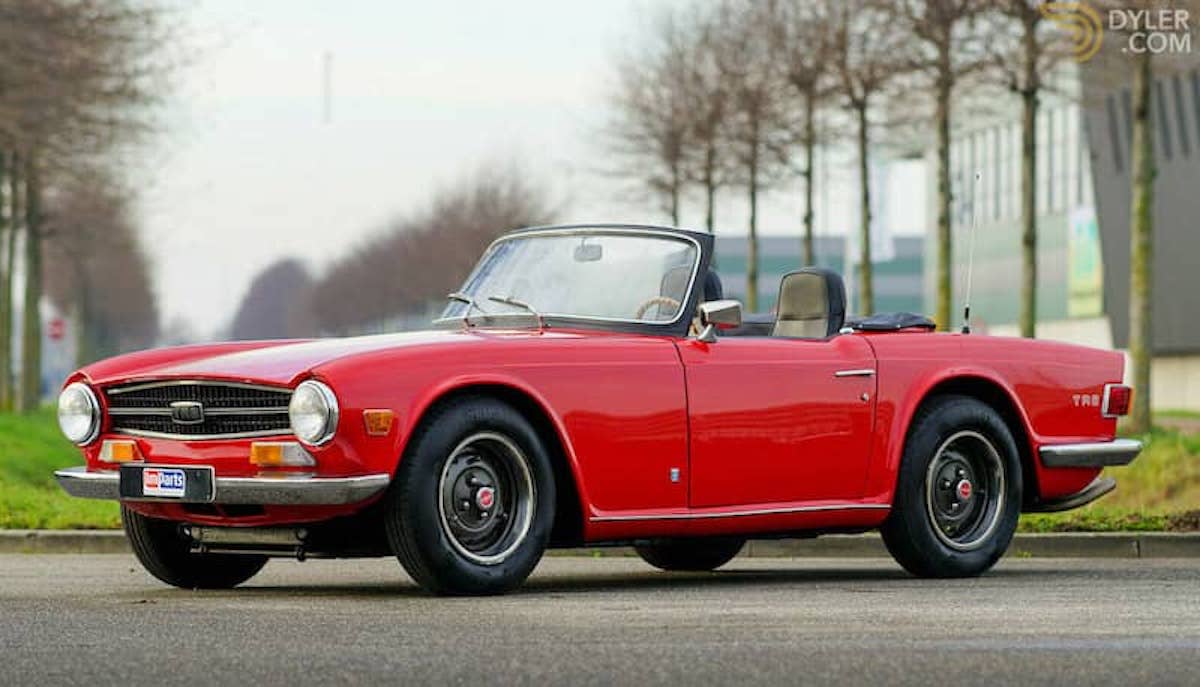 Designed by Germans, made by Brits, and bought largely by Americans, the Triumph TR6 is truly the ‘Mr. International’ of this list of appreciating classic cars
© Imparts Cars and Sales

The Triumph TR6 follows the recipe for the classic British sports car of placing a relatively powerful engine up front - in this case, a 150bhp, 2.5L straight-six - putting two seats in the middle, and sending all the power through the rear wheels. Oh, and lopping off the roof for The Great British Summer… The TR6 was designed by German design house, Karmann, and it proved an instant hit at home and abroad; especially in the United States. It was great to look at, fun to drive, and not difficult to maintain. According to industry experts, 82% of TR6s that have gone to auction have met their reserve, with values increasing by 13% since 2019. 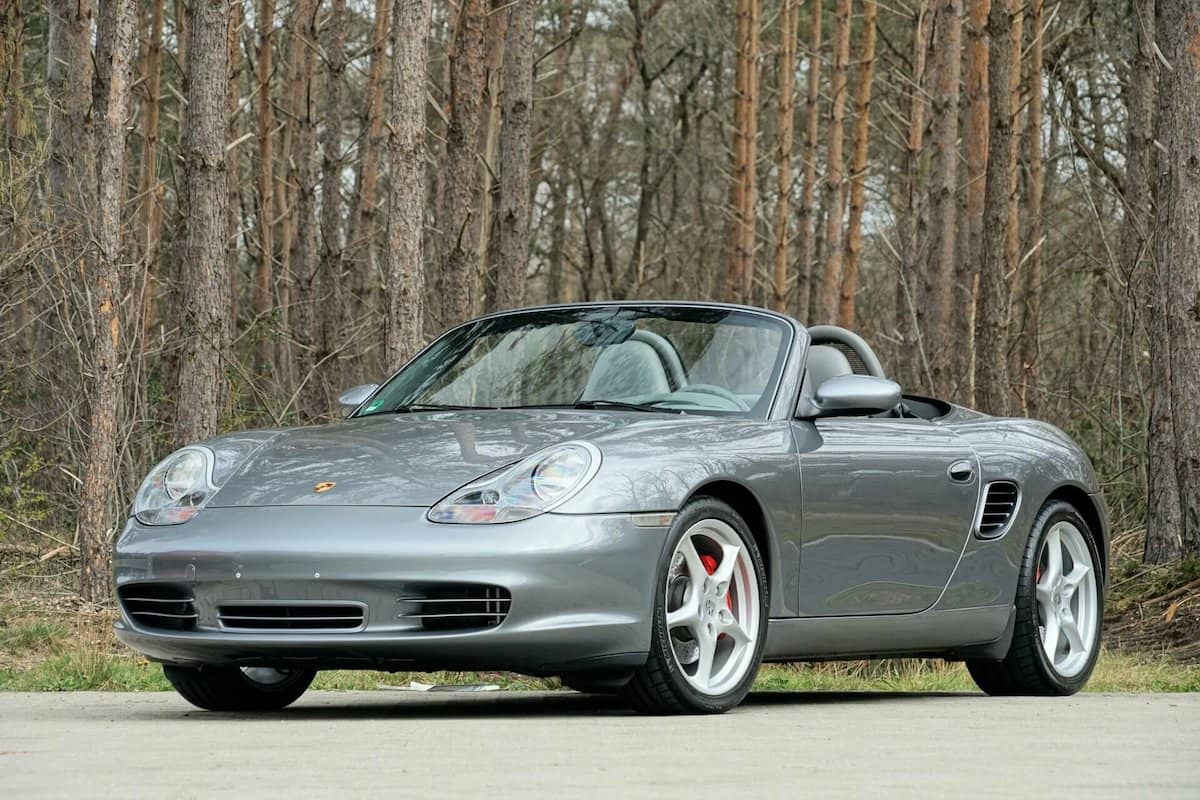 Despite some initial naysaying from Porsche purists, the first-gen Boxster is at last getting the love and recognition it deserves from the classic car world
© CabrioMaarten

Just the Porsche 911 996, the closely related first-generation Boxster was also unfairly considered the Poor Man’s Porsche for far too long. As cars have got bigger and more technologically complex in recent years, the 996 and the Boxster have finally got the recognition they deserve. Both are considered by Porsche enthusiasts to be amongst the last of the “analogue” cars to come from Zuffenhausen. The Boxster’s boxer engine and Porsche DNA make the “entry-level” Porsche sweet to drive and powerful enough to enjoy without being scary, which is why this thoroughly modern classic car is so popular with new, younger members of the classic car community. In 2021, 150 Boxsters sold at auction alone, with prices increasing by 5% year-on-year. They won’t be this cheap for very long. 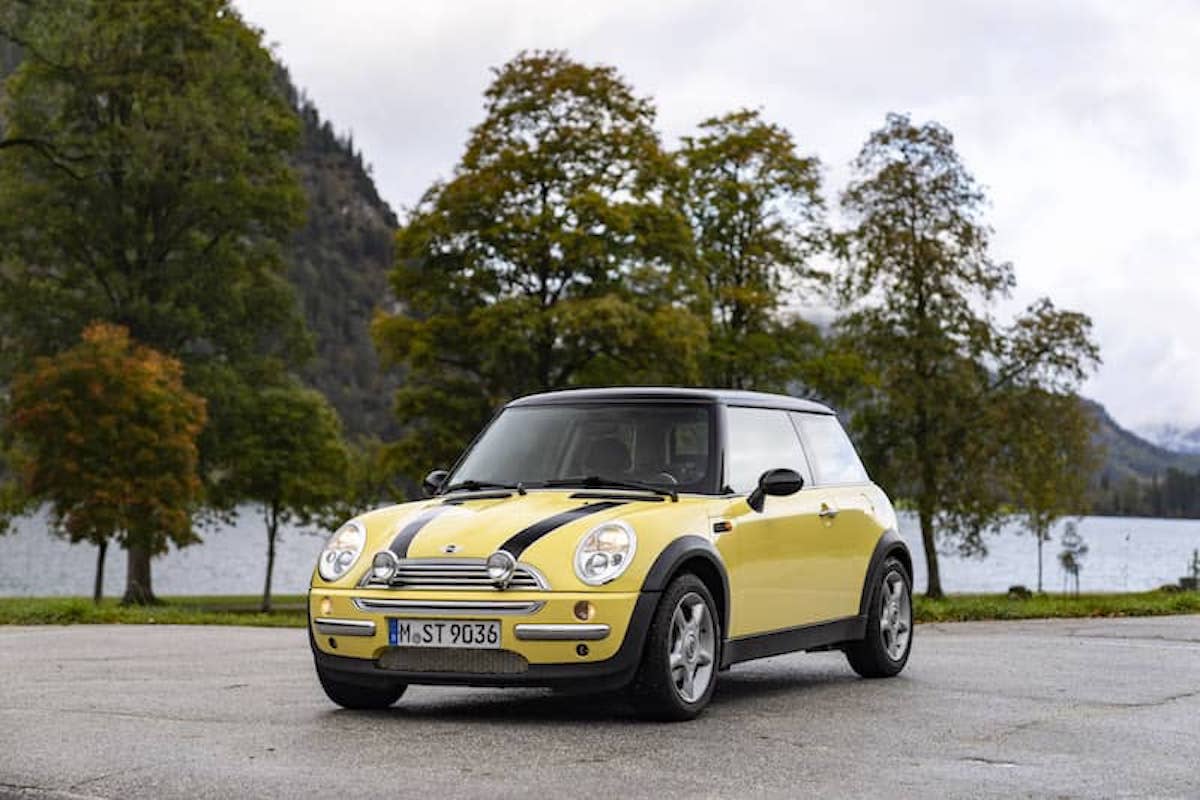 Depending on where you stand on the “new” MINI debate, it’s either thoroughly well-done interpretation of an iconic car or the preserve of the pretentious
© BMW Press Club

Despite launching almost 20 years ago, the “new” MINI still remains a divisive car. Detractors will say it’s a cynical cash grab by parent company BMW. After all, it retains neither the dinky dimensions nor the budget-friendly price tag of the original. Meanwhile, those who love it praise BMW for bringing an iconic car into the 21st century. Wherever you stand on the MINI debate, most car enthusiasts will agree that the first-gen of the new car, the R50, is a hoot to drive thanks to its razor-sharp handling, its appealing design, and its affordability. Prices start at around £900 for one of the most controversial-yet-desirable modern classic cars around today. To underline the first-gen MINI’s popularity, it was found that 92% of them put up for sale are sold.