These 10 Classic Cars Will Rise In Value In 2023… Apparently 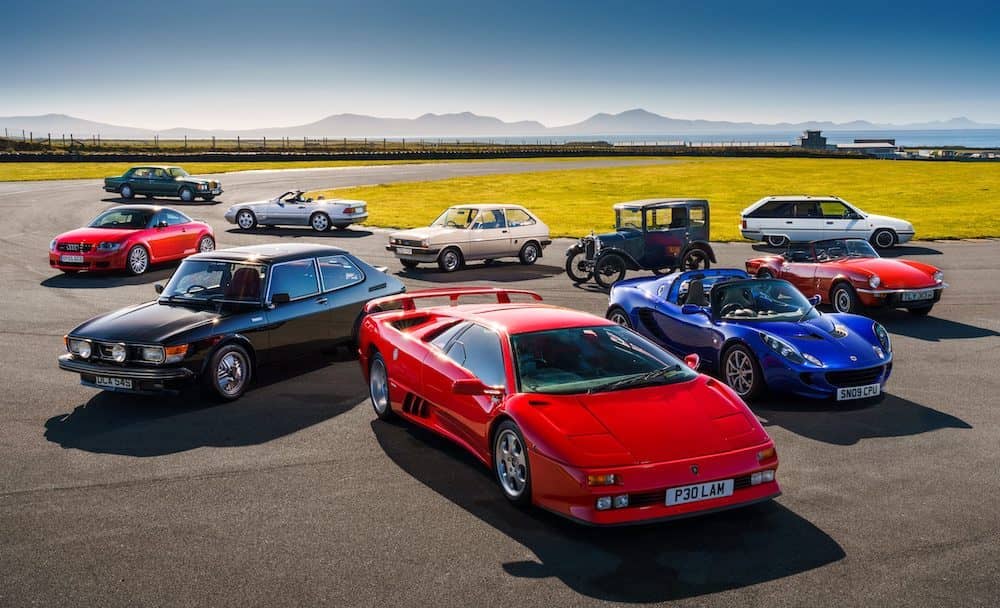 Now an annual publication, the Hagerty Bull Market List reveals a selection of vintage, classic, and modern classic cars that are set to climb in value in the short-to-medium term.

The list is intended as a guide for both existing collectors and enthusiasts who are looking for a classic car that will be enjoyable to drive and is likely to appreciate as an asset in the future.

Compiled using Hagerty's valuation data and the insights of its expert team of car geeks, the Bull Market List is based on models that are gaining popularity amongst younger classic car buyers; the demographic that nowadays tends to dictate market demand and prices.

Without further ado, these 10 cars - including everything from the Lamborghini Diablo to the SAAB 99 Turbo - are set to jump in value in 2023 and beyond! 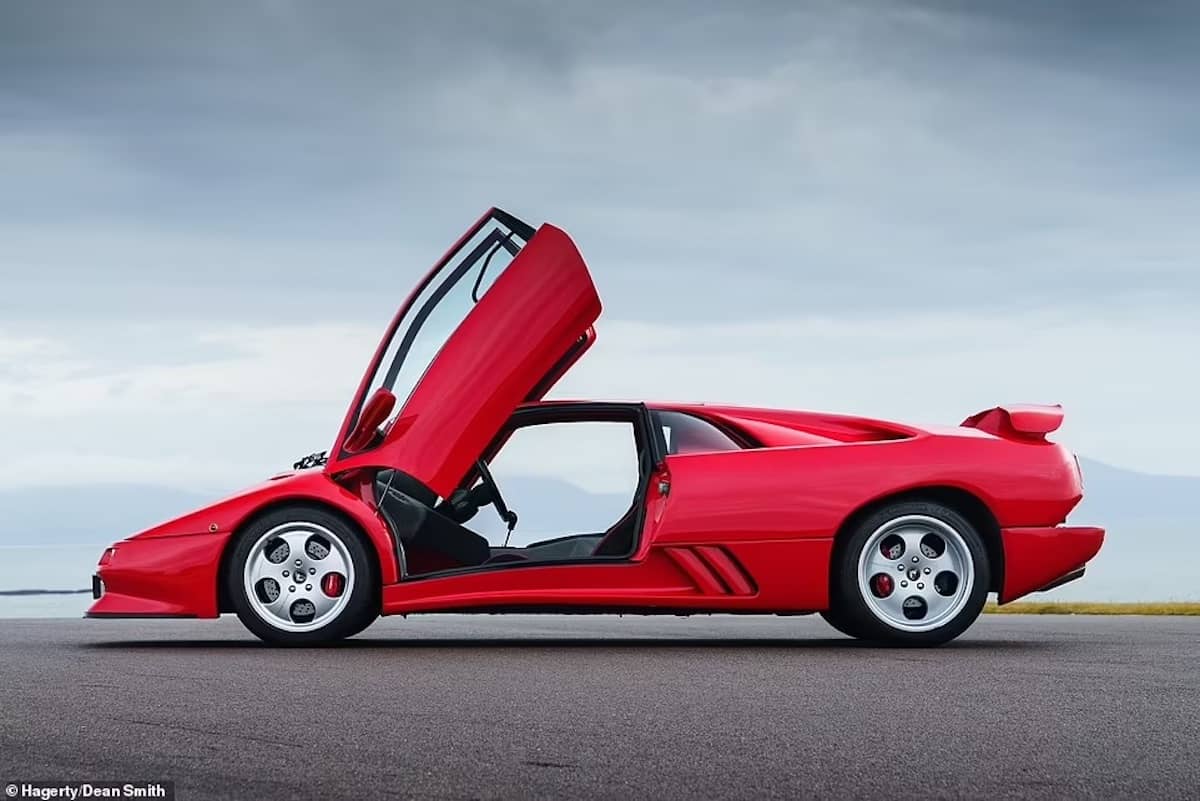 Produced from 1990 to 2001, the Lamborghini Diablo was the brand’s last supercar to be made prior to being taken over by Audi
© Hagerty/Dean Smith

With its angular Marcello Gandini design and howling V12 engine, the Lamborghini Diablo was one of the supercar posterboys of the 1990s. Prices for a Diablo in 2022 were not exactly cheap thanks to an average price of £214,000 with 45% of owners falling into the Generation X category. Prices have since jumped to the £260,000 mark and are expected to increase further due to the car’s easy-to-drive nature and rivalry with the similar Ferrari F50. 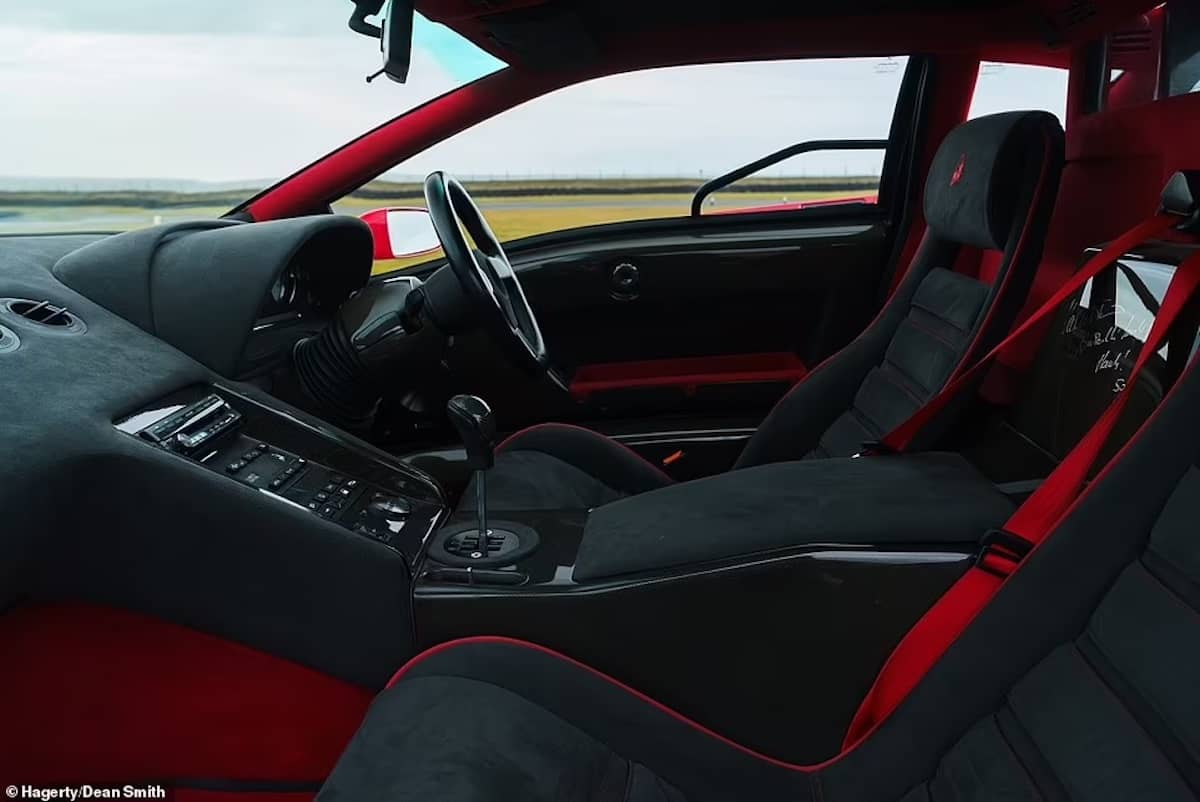 Despite its intimidating appearance, the Lamborghini was praised for being remarkably easy to drive - especially in comparison to its successor, the fearsome Countach
© Hagerty/Dean Smith 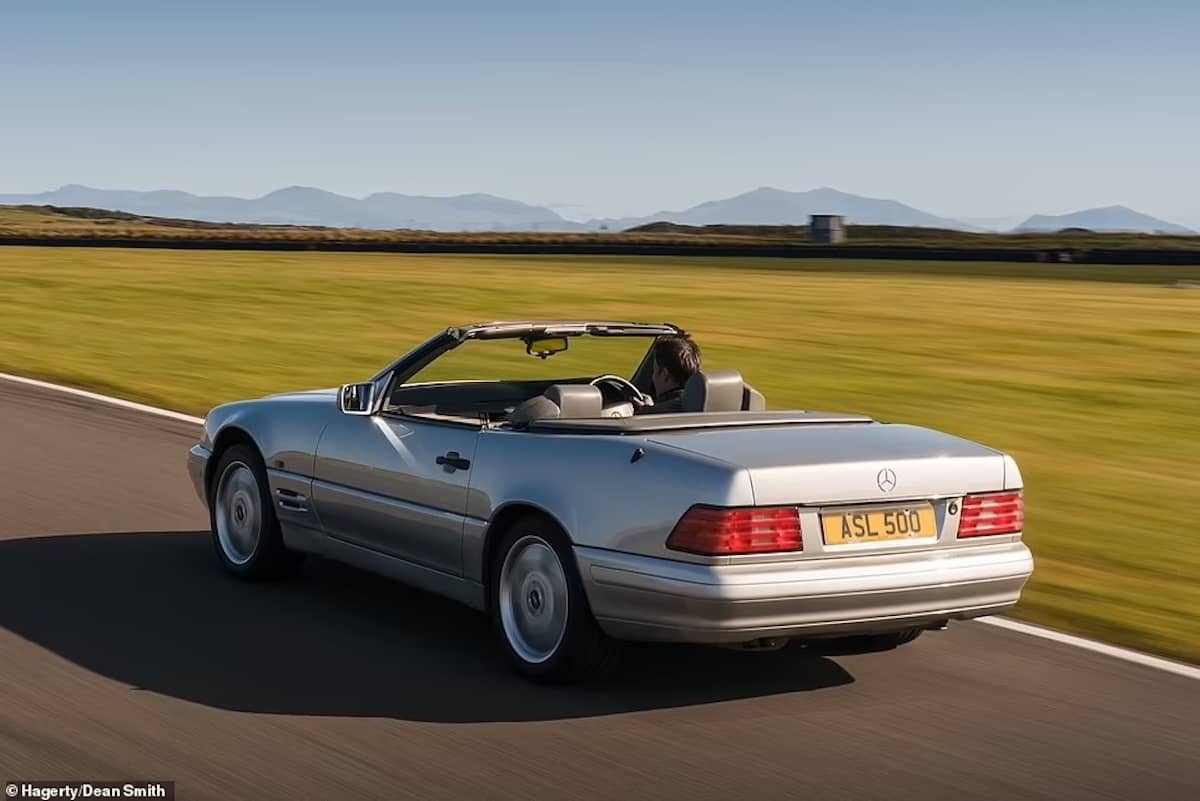 Designed by Bruno Sacco and produced over a period of 11 years, the R129 is the Mercedes-Benz SL at its brilliant best
© Hagerty/Dean Smith

The Mercedes-Benz SL is one of the few cars in the current Mercedes line-up that has retained its same name since the 1950s and it’s this car - the R129 produced from 1989 to 1991 - that’s the choice amongst connoisseurs. With its classic Bruno Sacco design, the R129 is instantly recognisable and hits the sweet spot between reasonably modern ergonomics and old school Benz levels of build quality and comfort. The R129’s engines range from an inline-six, a V6, four V8s ranging from 5.0L to 6.0L, and three V12s that start and end with 6.0L and a 7.3L. With better performance than the six-cylinder cars and (slightly!) lower running costs than the V12s, the V8-powered SL500s are considered the pick of the bunch. Should you want a slice of ‘Peak Mercedes’ roadster goodness, it is advisable to move quickly - prices since 2020 have jumped by 20% from an average of £14,550 to £17,475, and are expected to increase by a further fifth by 2025. 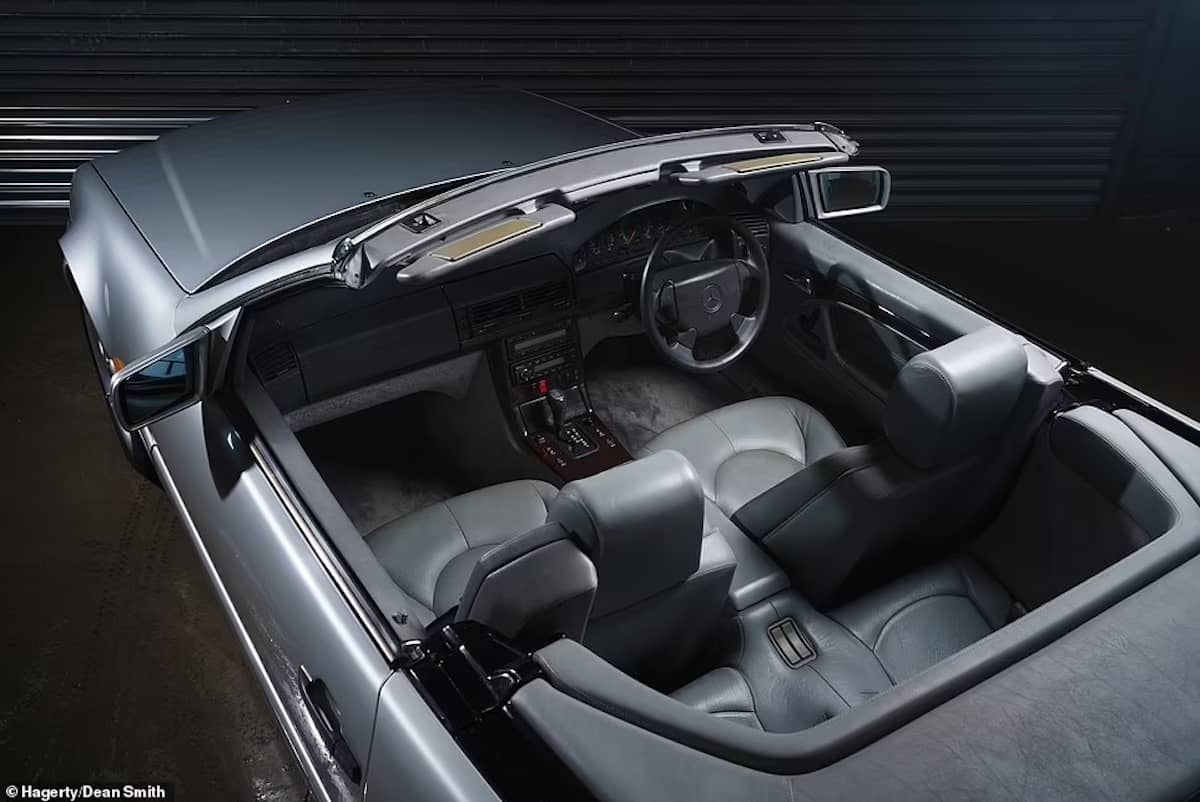 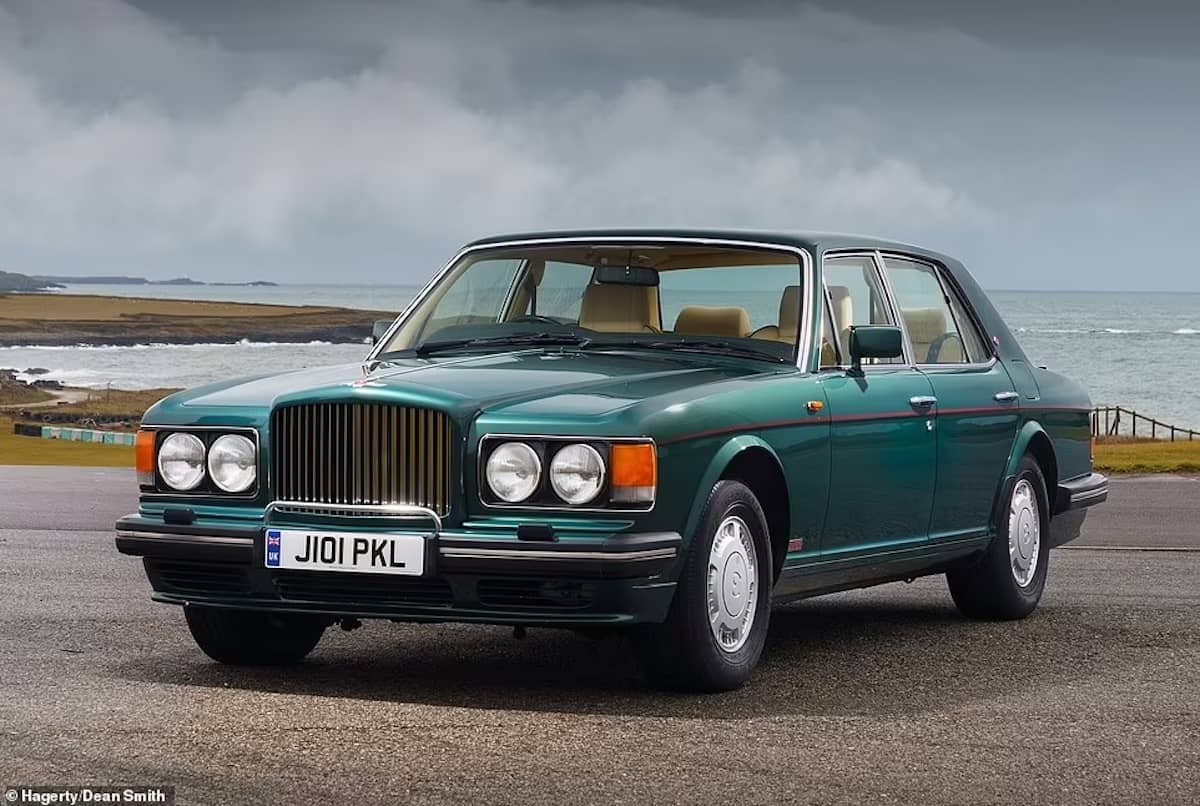 There are few cars that say ‘Gentleman Thug’ more than a turbocharged Bentley, and this is the car that started it all - the Bentley Turbo R. Launched in 1985, the Turbo R came about when Bentley decided to take a different approach to luxury car making after a decades-long battle with arch-rival Rolls-Royce who had long-since-conquered the BBC TV and radio presenter market. The Turbo R came with a turbocharged version of Bentley’s 6.75L V8, which produced around 330 bhp and 400 lb of torque; nothing to shout about these days, but remember we’re talking about a car that’s nearly 40 years old and weighs 2,450 kilograms. In 2022, prices for a Turbo R dropped to an average of £15,400. However, more of them are appearing at auctions, and it is expected that they will once again rise in value to their 2020 median of £16,800. 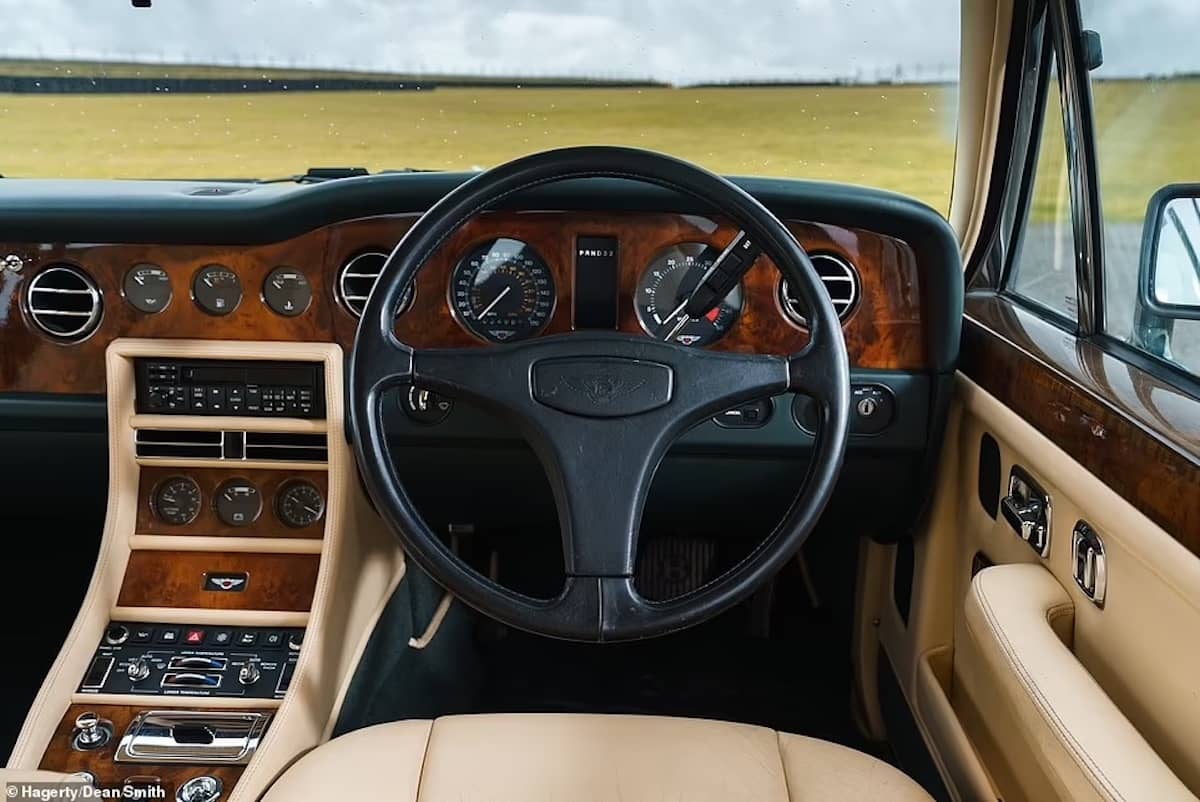 All wood and leather with a top speed of 143 mph, the Bentley Turbo R was one of the fastest and most luxurious mobile offices of the 1980s
© Hagerty/Dean Smith 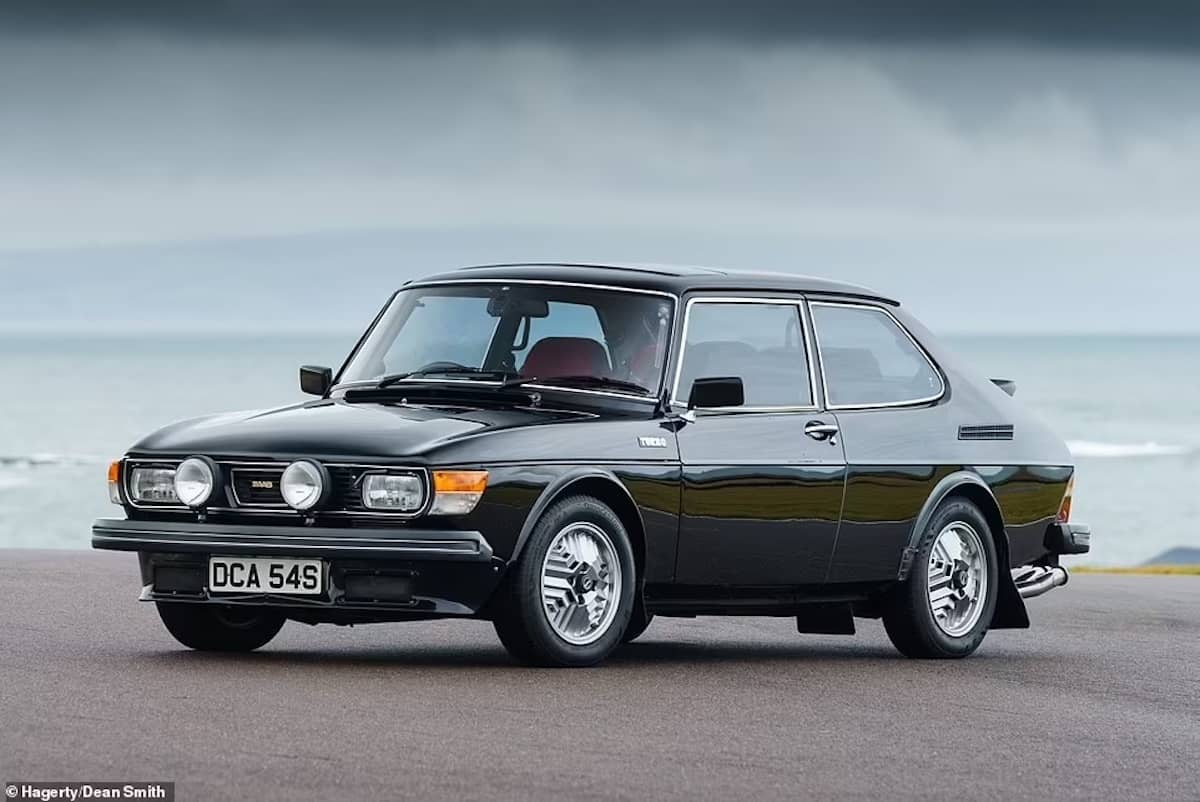 At Dyler.com we’re huge fans of SAAB, and our advice would simply be to go out and buy one. Unfortunately, there are column spaces to fill, so here goes. The SAAB 99 Turbo was the world’s first mass-produced car to bring turbocharging into the mainstream. In short, without this aerodynamically-styled, transverse-engined Swedish oddball, the world of cars would be a much sadder place. In fact, if you want to read about how easily a SAAB gets under your skin, give our review of the 900 Turbo - the 99 Turbo’s son - a read if you click here. At present, there are fewer than 100 99 Turbos on the road in the UK, which makes them rare. Incredibly rare. Over the last two years, prices have jumped by 20% to around £22,000 with an increase to £30,000 expected by the middle of the decade. 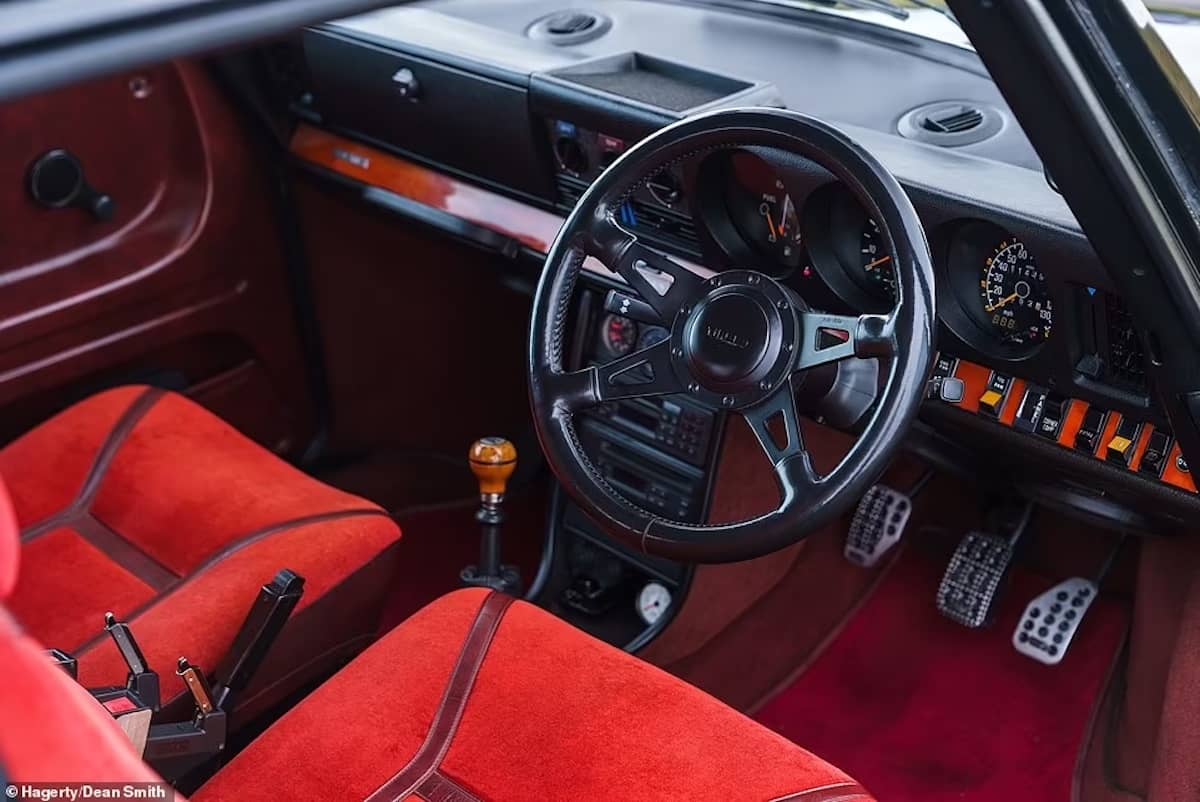 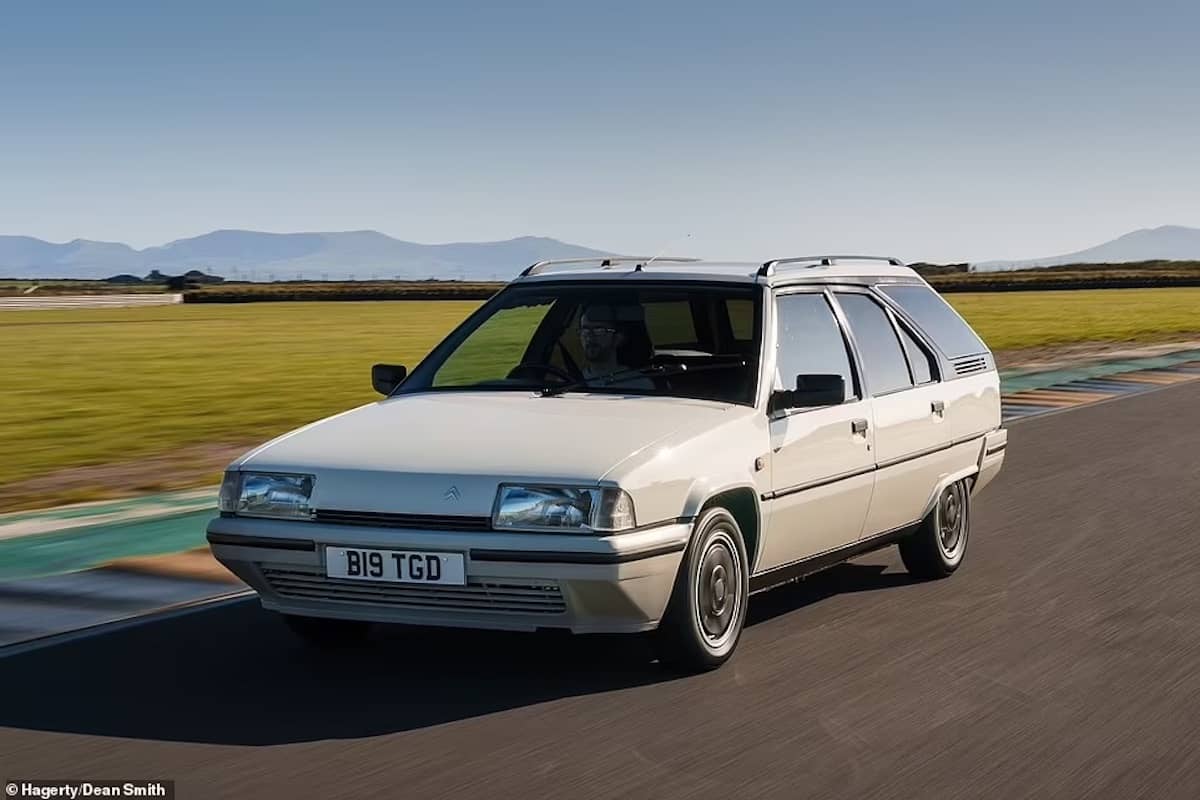 Being a Citroën, the wedgy BX was the complete antithesis of the regular family car of the 1980s
© Hagerty/Dean Smith

The second Gandini-penned car to make this list, the Citroën BX is a prime example of Citroën being Citroën and going against the grain of conventional carmaking. Launched during the 1980s, a time when Ford released the swoopy Sierra and Audi came up with the ultra aerodynamically-efficient Audi 100 C3, Citroën did totally the opposite and released the BX; a car that harked back to the previous decade with its blocky, origami-like appearance. Being a Citroën though, the BX was supremely comfortable thanks to its hydraulic suspension, and extremely charming in that specific Gallic way that midsize-to-large Citroëns always are. There aren’t too many BXs left on the road these days, and that rarity - along with inflation - is gradually driving prices upwards. Nonetheless, they are still affordable with a starting cost of £2,150; a mere £25 more than 12 months ago. 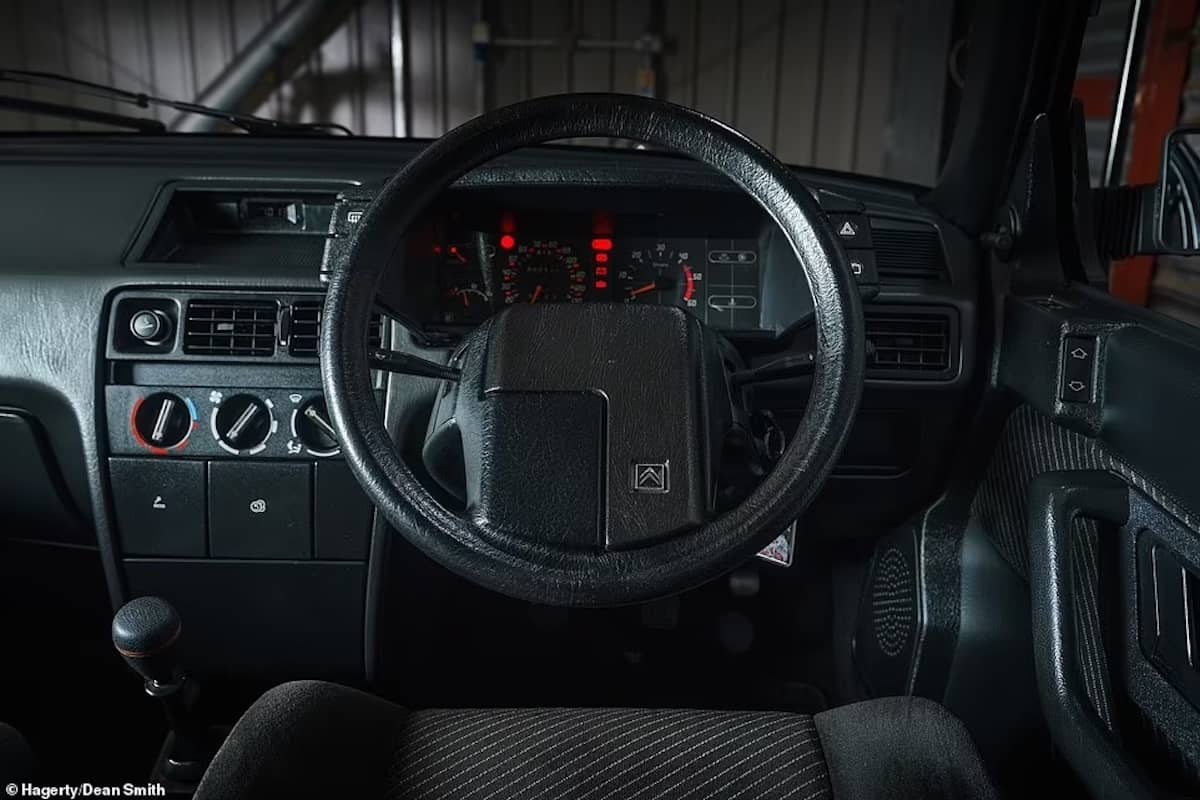 Thanks to its hydraulic suspension that raised the car up and down, it was also supremely comfortable
© Hagerty/Dean Smith 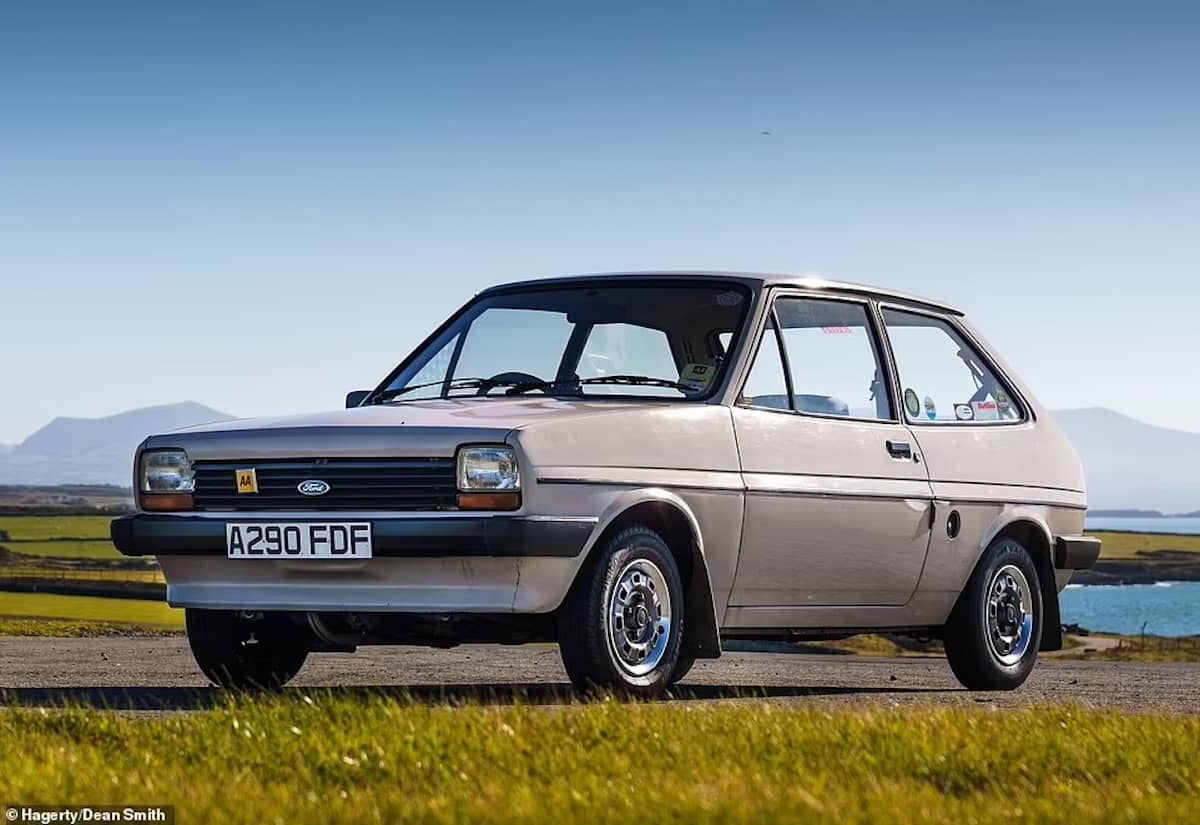 The Ford Fiesta will go out of production in June 2023, and all models are expected to jump in value as a result
© Hagerty/Dean Smith

Much to the sadness of car enthusiasts across the land, Ford announced towards the end of 2022 that after 47 years of production, it would stop production of its Fiesta in Europe as of June 2023. When a car comes to the end of its life, it usually obtains classic status as demand increases and given the continual chirpy, feel-good nature of the Fiesta, this is exactly what has happened with Ford’s much-loved supermini. Long gone are the days when you could buy a Mk1 car for three figures, given that prices for a basic spec car like the basic Poplar Plus model above now hover around the £4,500 mark; a 19% increase from 2020. Hagerty estimates that a further nostalgia-based price hike for all Fiestas is on the horizon during the coming months and years. 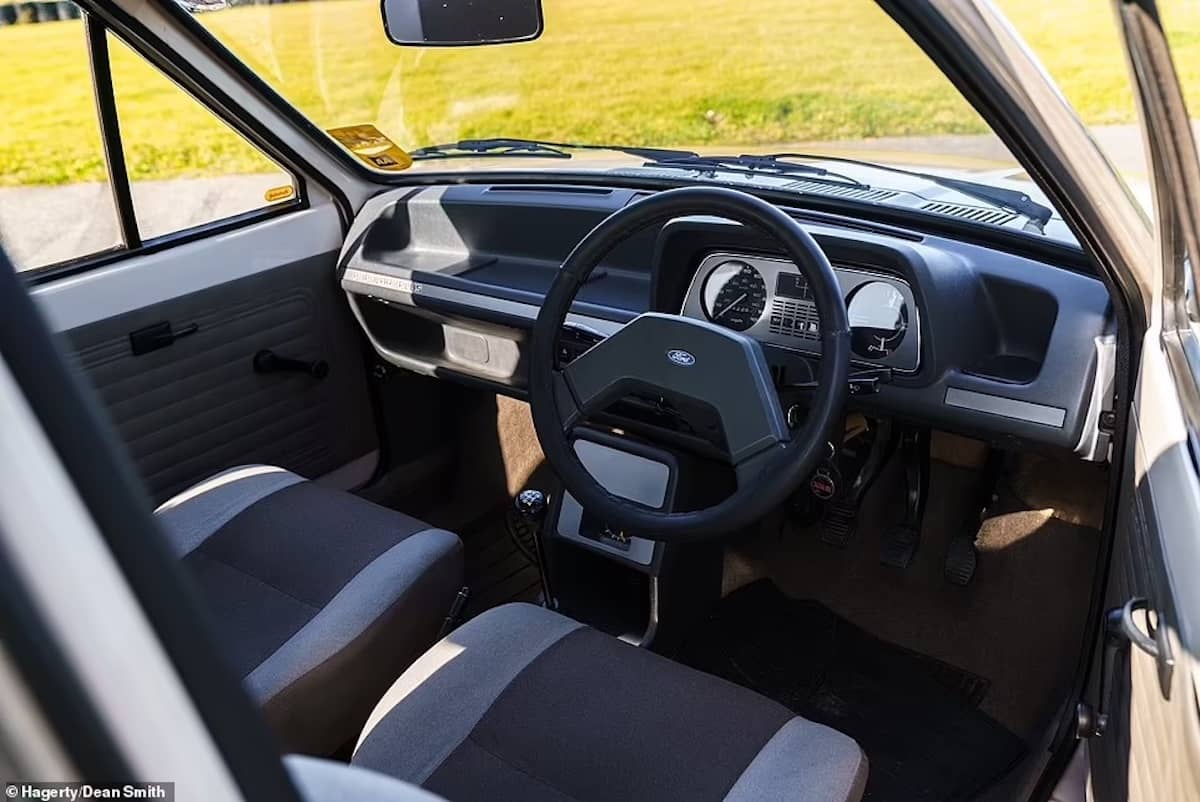 Despite being a lower-rank model, even this Poplar Plus model Mk1 Fiesta will sell for almost £5,000
© Hagerty/Dean Smith 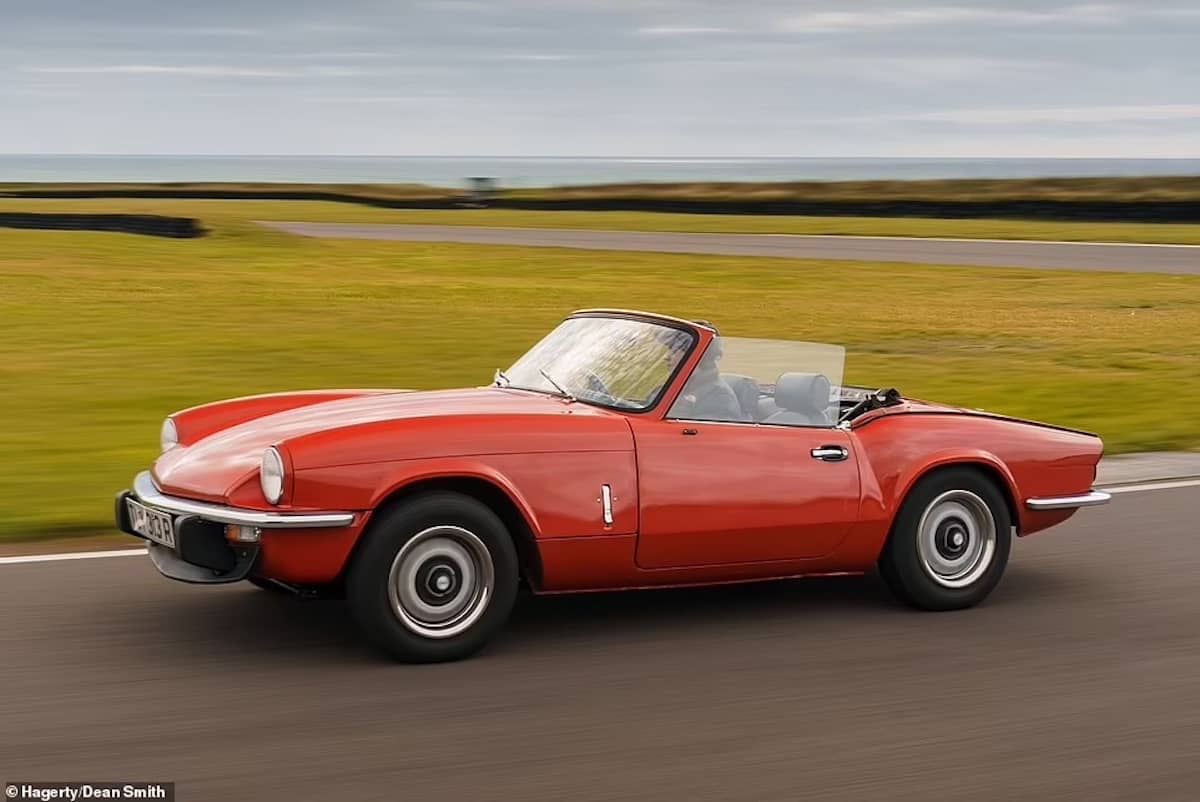 Thanks to a healthy dose of nostalgia and plenty of parts to go around, the Triumph Spitfire is expected to take off in value in 2023
© Hagerty/Dean Smith

Launched in 1962, the Triumph Spitfire is a favourite amongst the post-war generation thanks to its easy-to-maintain nature, and a heavy dose of nostalgia. In fact, Hagerty’s insurance data shows that 47% of ‘baby boomers’ own Spitfires. Thanks to a featherlight kerbweight of just 790kg, the Spitfire is a great driver’s car and there are plenty of parts still floating about as they tend to be well-maintained by their owners. Despite being built by a group of men in a shed just outside of Coventry, an early good condition Spitfire will easily sell for 28k, and Hagerty estimates that this will take further flight from 2023 and beyond. 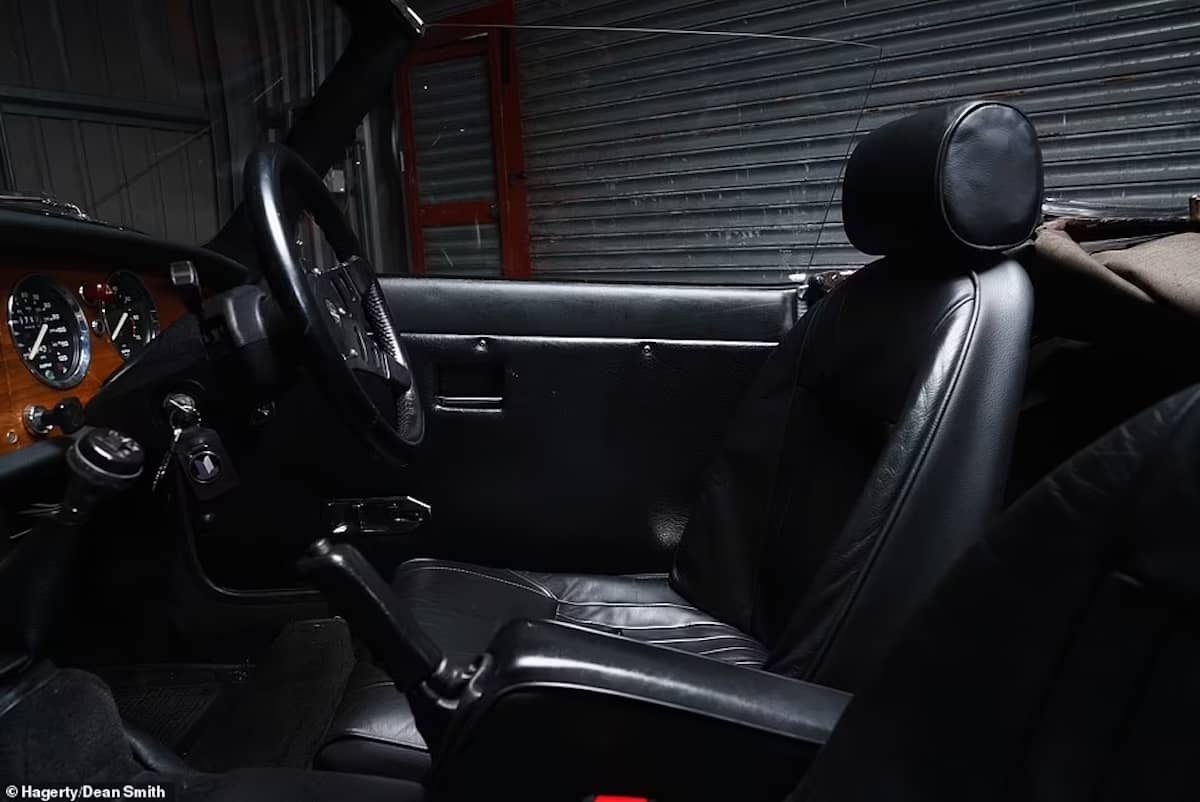 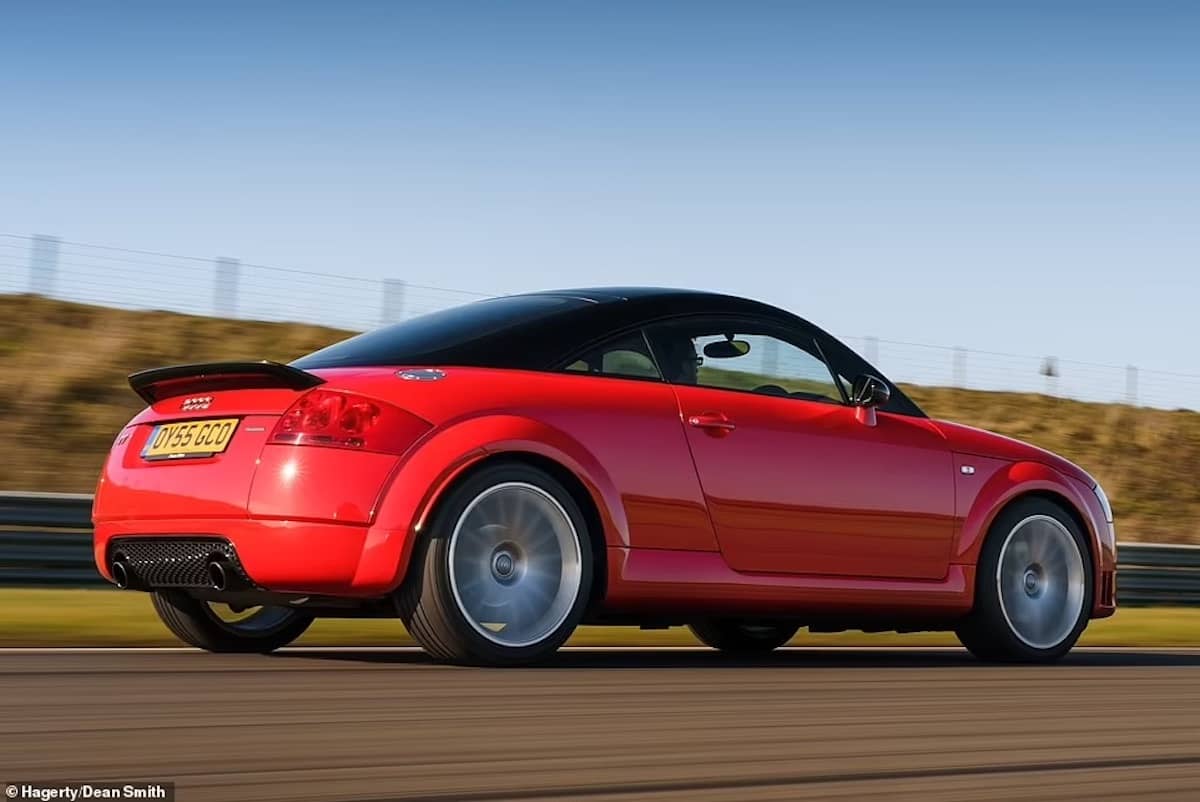 With its futuristic, bauhaus-inspired design, the first-gen Audi TT was always going to be a classic car of the future when it launched in 1998. Yet in spite of its concept car looks, it wasn’t great to drive because it was based on the solid-yet-uninspiring Volkswagen Golf Mk4. Introduced towards the end of the Mk1 TT’s life, the Sport Quattro ensured that the car went out with a bang. It was lighter by 75 kg than the standard car thanks to having the rear seats, parcel shelf, and spare wheel removed. It also boasted a stiffer suspension, a rear strut brace, and the battery was moved to the boot for better weight distribution. All of this made the TT Quattro Sport good for 155mph from its 1.8L turbocharged engine, and most importantly, it now had the handling to match its looks. And speaking of design, the TT Quattro Sport got a special two-tone paint job, alcantara elements on the interior, 18-inch wheels, and an aero package to give it a beefier, more purposeful aesthetic. Only 800 TT Quattro Sports were produced, and despite this exclusive production number, you can buy one for around the £10,000 mark today. However, this is expected to rise given that in other markets across the world, prices have jumped by 17 times over the last five years alone. 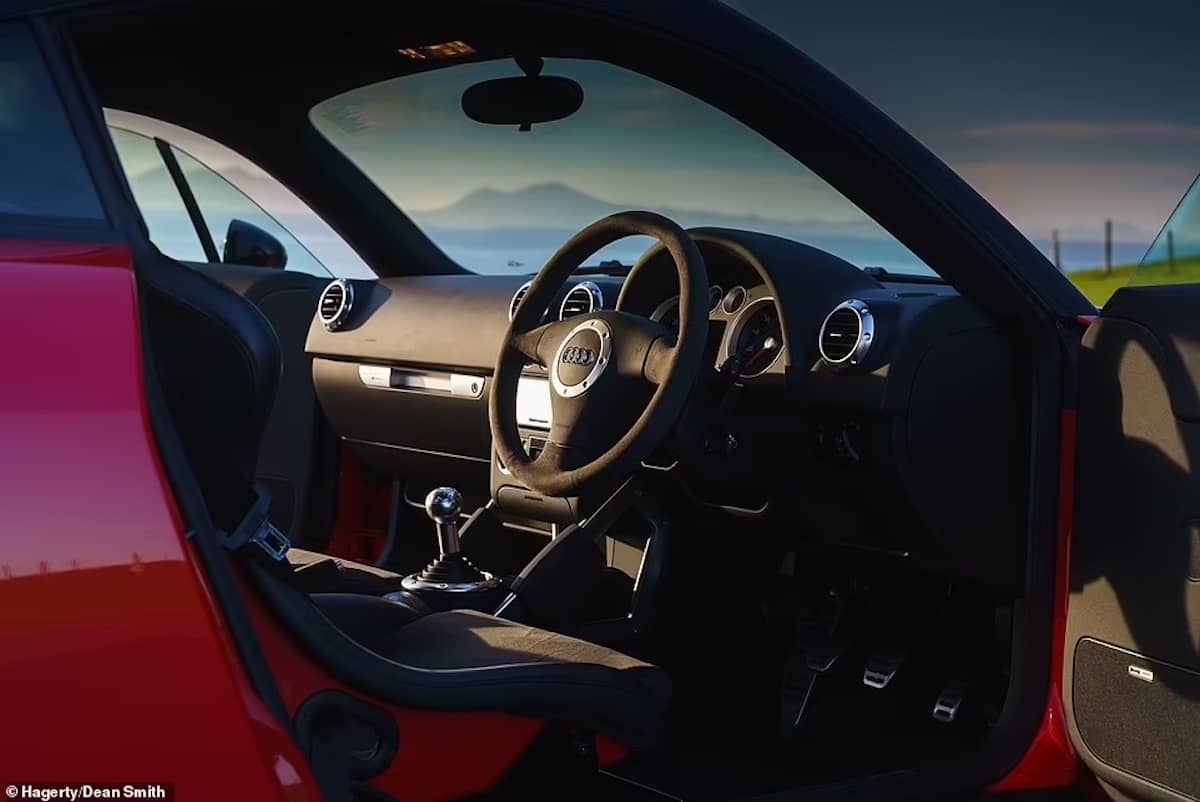 Thanks to a weight reduction and various tweaks to the suspension and underpinnings, the Mk1 TT Sport Quattro finally drove as good as it looked
© Hagerty/Dean Smith 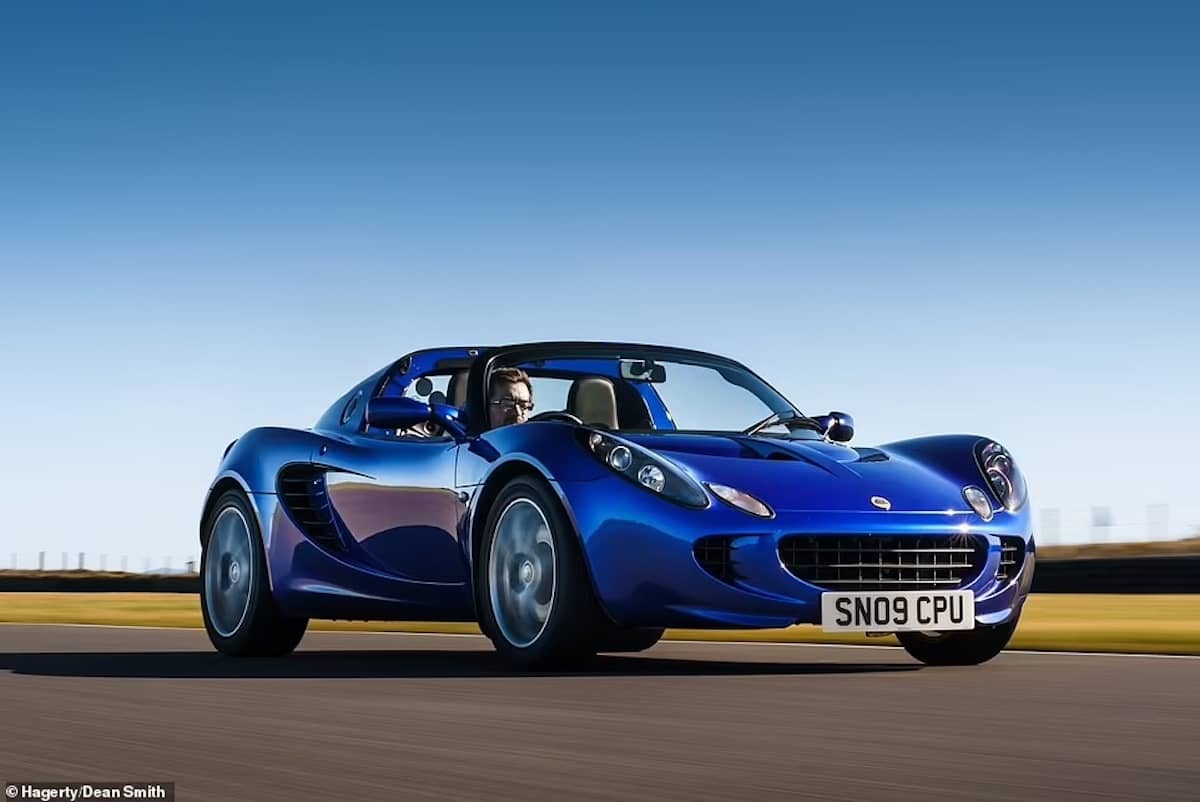 With its fibreglass construction and peppy 1.8L Toyota engine, the Lotus Elise S2 is described by Hagerty as “the Elise to have”
© Hagerty/Dean Smith

The original Lotus Elise of the 1990s was an instant success and until production ceased in 2021, each of its three generations were highly-regarded for their razor sharp handling and spirited drive. Whilst the second-generation car may not yet have the ‘classic’ credentials of the first-gen car, its successor, the S2, was more reliable thanks to its 1.8L Toyota VVT engine, and was also considered to be more forgiving to drive than the S1. In fact, Hagerty describes the S2 as “the Elise to have.” For all of this modern, lightweight British sports car excellence, it’ll set you back around £20,000. However, it is worth noting that Elise S2s are selling for four-times that in the United States, and it is expected that prices will rise globally as Lotus pivots to an all-electric future. In contrast to the Triumph Spitfire - another British sports car to make this list - the Elise S2 is a favourite amongst younger buyers with 40% of owners belonging to the millennial demographic. 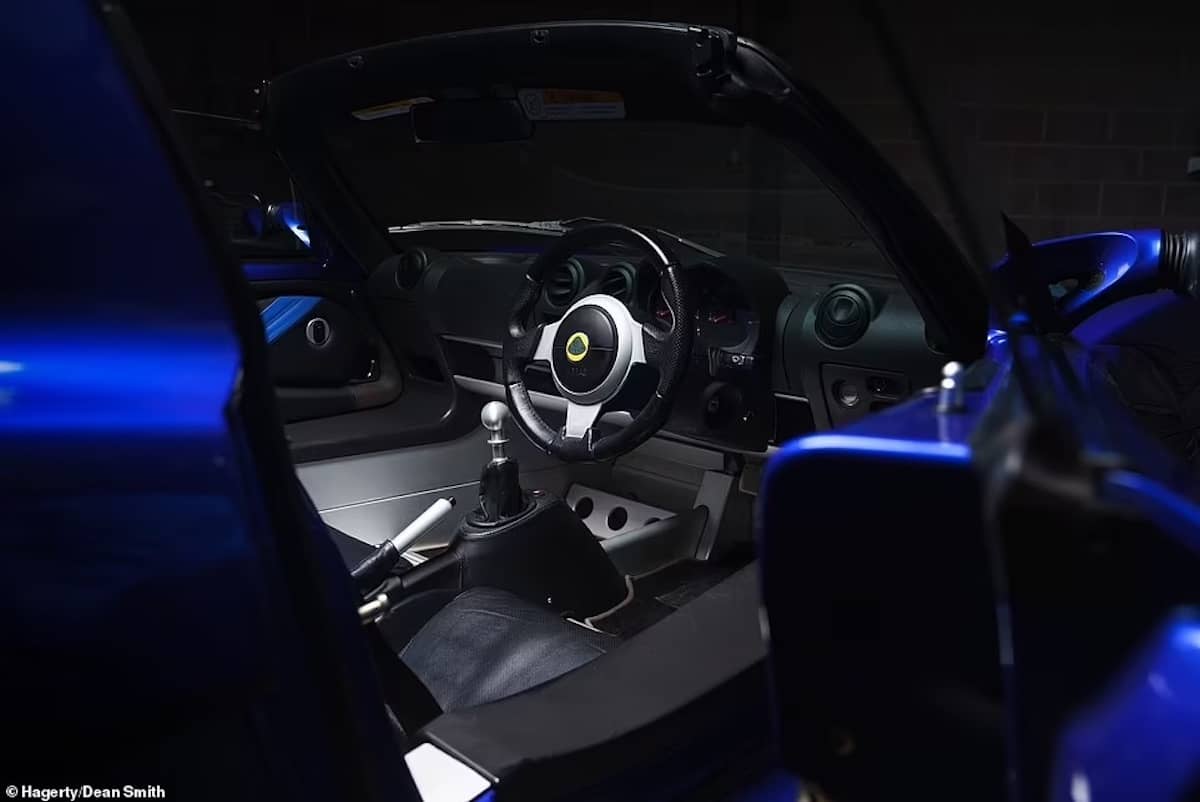 Lightweight and fancy free, the Lotus Elise is the essence of the British sports car
© Hagerty/Dean Smith 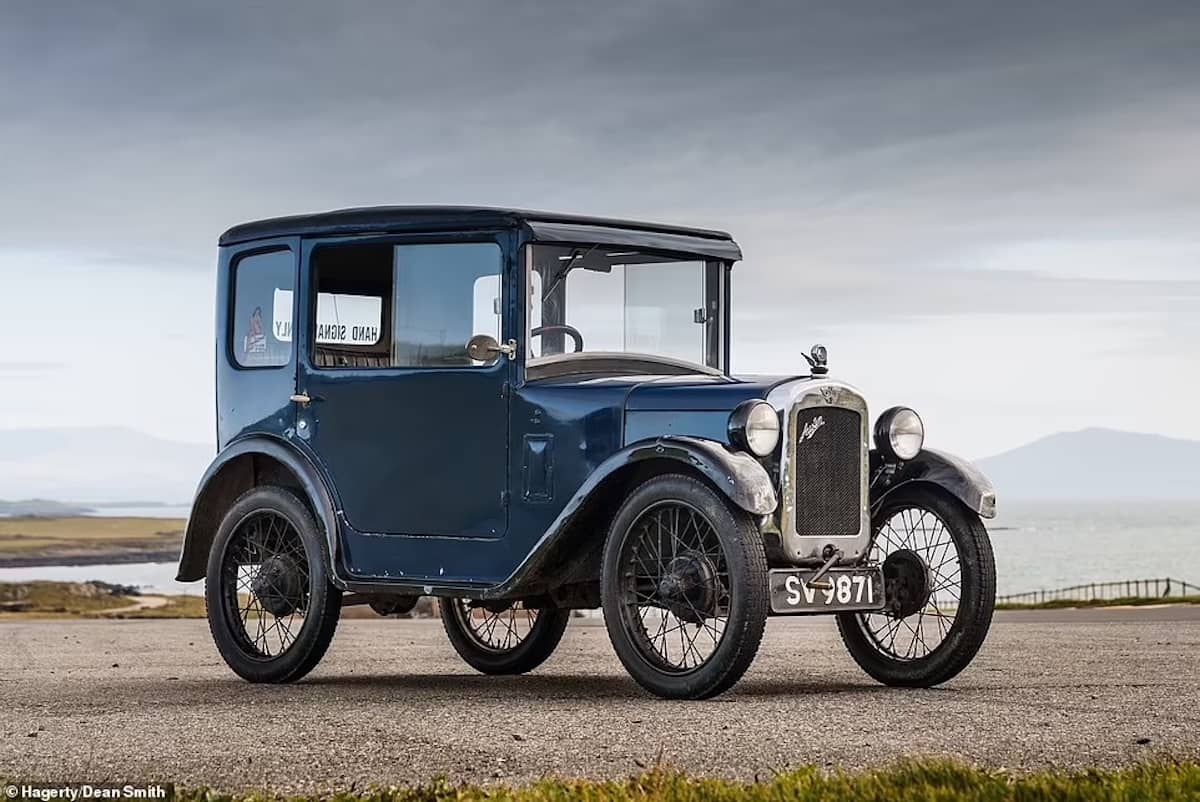 The Austin Seven will celebrate its 100th birthday in 2023, which means it outlived Queen Elizabeth II
© Hagerty/Dean Smith

Last but not least is the Austin Seven, a car that celebrates its 100th birthday in 2023. Introduced to address the issue of vehicle excise duty in the aftermath of World War I, the Seven was small, cheap, and produced 7 bhp; a figure good for 50mph on a flat road. Being a pre-war car, the Seven is hardly blessed with supreme handling and a rapid change in direction is un-advisable. Nonetheless, the “Baby Austin” is blessed with bags of character and with prices starting at around the £14k mark, it serves as a solid entry point to the world of vintage motoring. Hagerty advises that with the car’s centenary this year, the humble Austin Seven is set to soar in value. 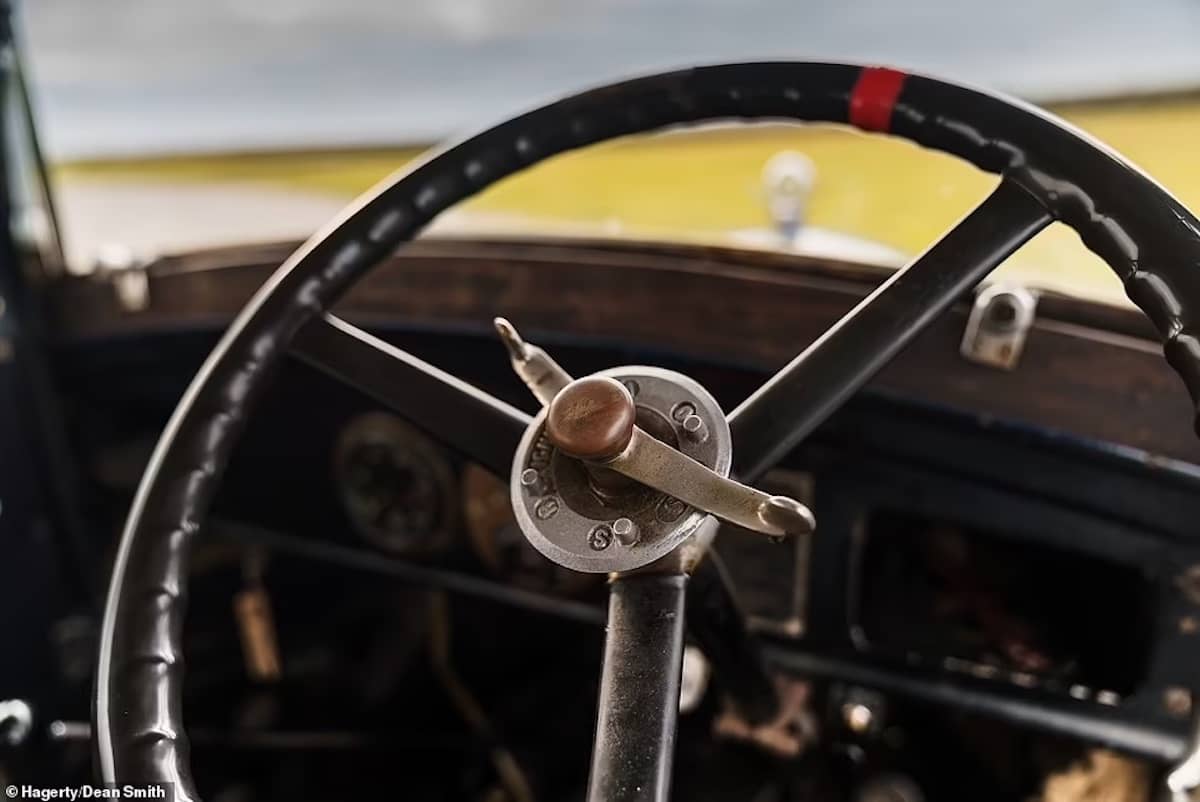 With just 7 bhp and a price of less than £15,000, the Austin Seven is an ideal first pre-war classic car
© Hagerty/Dean Smith

Are you interested in purchasing a classic car as an appreciating asset for 2023 and beyond? If you answered “yes” then click these yellow words to browse the thousands of listings on Dyler.com!