Dakar Rally: An Endurance Race Born by Mistake for the Strongest Off-Roaders

The Dakar Rally is the most renowned off-road race in the world. It is dominated by professional motorsport teams sponsored by manufacturers such as Toyota, Peugeot, KTM, Yamaha, Kamaz, Scania, and many others, and is marked in bold on their calendars for the first two weeks of January. However, the vast majority of participants – some 80 per cent – are amateurs: people with money who want to test themselves in the most difficult race in the world.

Called the Paris-Dakar Rally for the first running, this race began because of a mistake. Competing in the 1977 Abidjan-Nice Rally, Thierry Sabine got lost in the Ténéré, and it occurred to him that the desert would be a good location for a rally instead of just being a small part of the competition.

With this idea, the ambitious Frenchman managed to line up 182 cars and motorcycles at the start of the inaugural rally in Paris in December 1978. Less than half of them – just 74 – survived the 10,000-kilometre trip to the Senegalese capital of Dakar, and Cyril Neveu, who rode a Yamaha motorcycle, is considered to be the event's first winner. During the first runs of the Dakar Rally, the routes were identical for both cars and motorcycles, and they competed against each other. In today's competitions, the routes differ only slightly, but the participants compete according to their vehicle group (car, motorcycle, quad or truck). 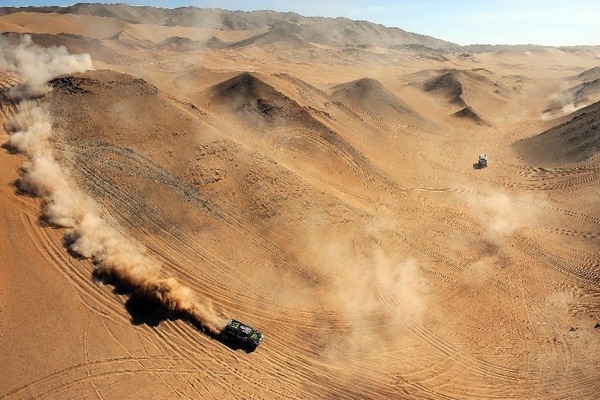 The popularity of the Paris-Dakar Rally grew rapidly. In 1981, a total of 291 vehicles took the start, driven not only by amateurs but also by famous racing drivers such as Jacky Ickx and Henri Pescarolo. In 1982, the number of competitors grew to 382, and a new record was achieved in 1988: 603.

In 1987, an era of factory participation began at the rally – from that year on, most of the races have been won by race drivers backed by major manufacturers. This year also marked the beginning of Peugeot and Citroën dominance: Ari Vatanen and Juha Kankkunen exchanged a few victories, and one of them – achieved by the latter in 1988 – is considered to be one of the greatest mysteries in Dakar history to this day.

Vatanen was defending his title that year and was close to grabbing a second consecutive victory when his Peugeot was stolen from the service area at Bamako. Despite the fact that the car was found fairly quickly, Vatenen was disqualified and the 1988 rally victory went to his teammate, Juha Kankkunen. Since the team was fairly tight-lipped about the mysterious theft and the Peugeot's equally unexpected recovery, there are still plenty of theories that Vatenen's car was not deliberately stolen, but rather – secretly taken from the service for some sort of modifications. 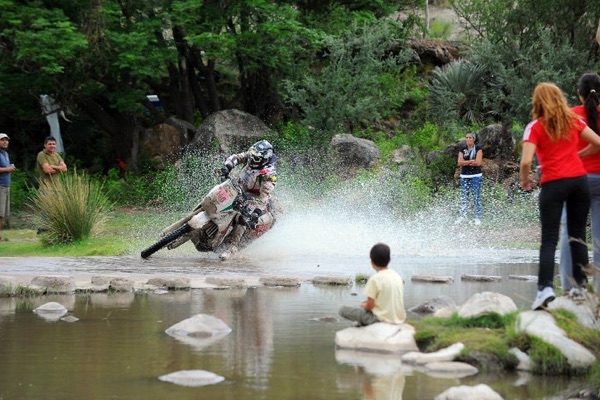 The Dakar Rally can be called a French race. From the very beginning, it has been organized by the French; French automobile manufacturers have come out victorious many times, and the drivers who have the most wins were also born in France. 1991 marks the beginning of the glory days of Dakar's greatest legend. It was that year that Stéphane Peterhansel took his first title in the motorcycle category. Now considered a legend of off-road racing, the Frenchman has already won the motorcycle category six times and the car category seven times. No other person in the world can boast of such an achievement. 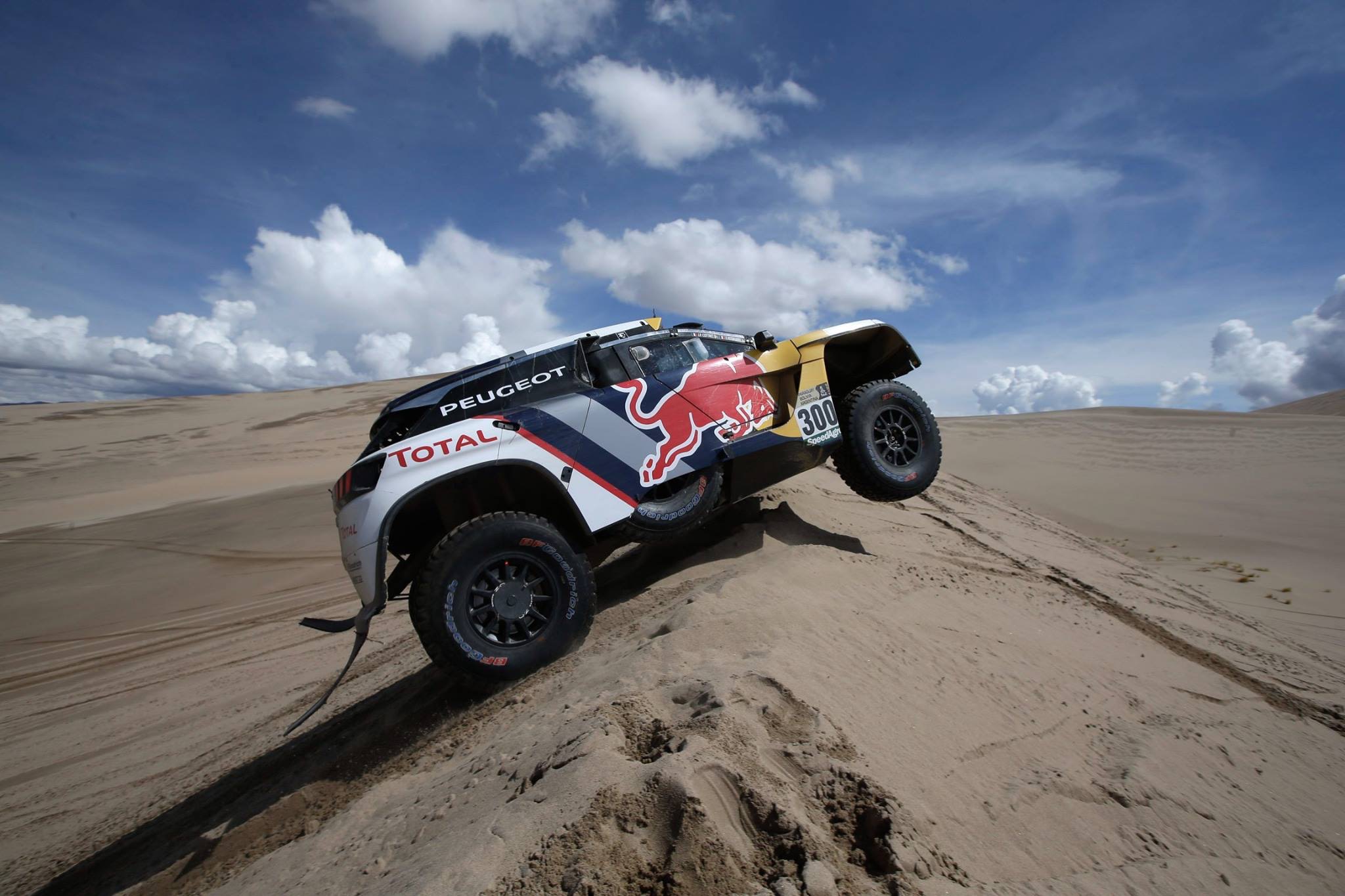 At the beginning of the 1990s, the number of Dakar Rally participants began to decline: the increasingly high level of the race sifted out the amateurs, and professional teams could not produce the entry numbers that amazed the world in the first decade of Dakar's history. In response, the organizers made the 1992 Dakar Rally route the longest in its history – stretching all the way to Cape Town, South Africa. The route covered a total of 12,427 kilometers.

But this did not help: in 1993, the number of Dakar entries dropped to 153. This was half of the preceding year's figure and a quarter of that of 1988. 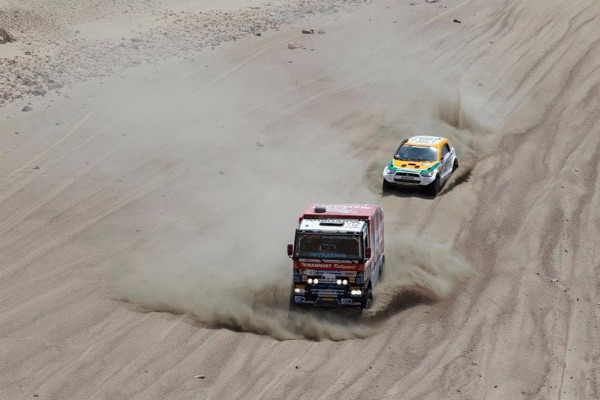 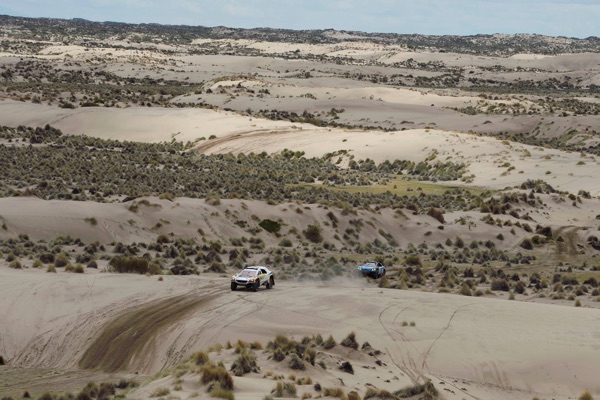 The Sabine family handed over an organization of the Dakar Rally to Amaury Sport Organisation – the company behind events such as the Tour de France and Vuelta a España. That's when the second success story of the Dakar Rally began, where two key moments can be noted: 2005 saw a record 688 competitors, and in 2008 the rally was canceled amid fears of terrorist attacks in Mauritania and has been held in South America since 2009. Here, entrants currently compete in five classes: cars, motorbikes (as of 1978), trucks (as of 1980), quads (as of 2009) and UTVs (or SSVs, as of 2017). 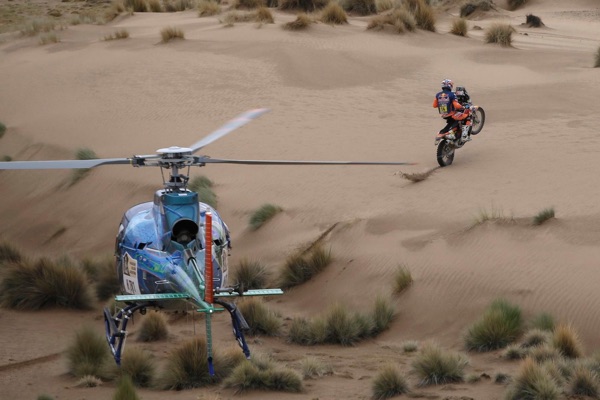 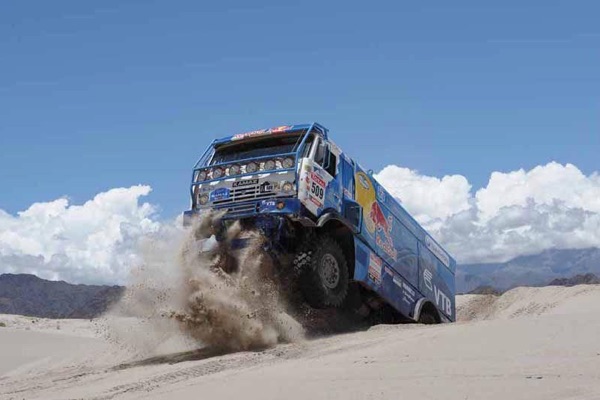 Even trucks can jump
© Organizers archive

Today, the Dakar Rally is different from when it started. While it took place in Africa, a considerable number of thrill seekers from Europe resolved to partake in it, since for them it was just a different way to spend a few weeks of their holiday. Once the rally moved to South America, the adventurous romantics were gone – without substantial technical support, finishing in today's rally is only remotely possible, and the speed of the routes and aggressive conditions make using the vehicles extremely expensive. Thus, more professional sports teams which often have some type of factory support are taking on the challenge, while private drivers who participate at their own expense are becoming fewer and fewer.