Mitsubishi Pajero Evolution: An Ode to the Dakar Winner

A 12-time Dakar winner for the road


From 1997 to 1999, Mitsubishi - then one of Japan's biggest car manufacturers - produced the Mitsubishi Pajero Evolution, an SUV created for true off-road enthusiasts. In short, it was a street-legal vehicle designed for the Dakar Rally.

In 1985, Mitsubishi first entered the Paris Dakar Rally - an event often considered to be the toughest rally raid in the world - with three of its Pajero SUVs. At the time, many motorsport experts believed Mitsubishi's Dakar debut would end in failure. However, the Pajero's rugged nature shone through, and Mitsubishi scored a one-two in their first time out on the event. 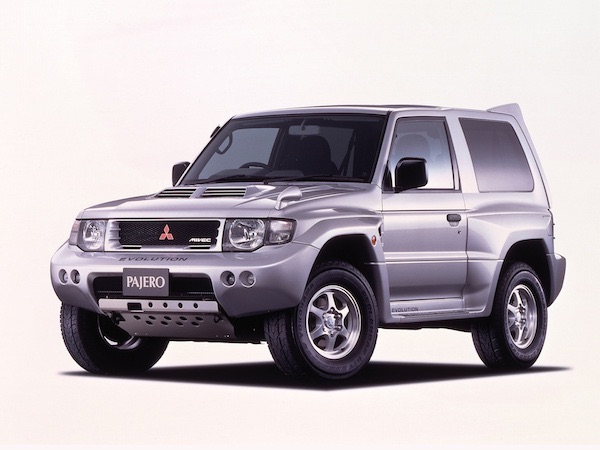 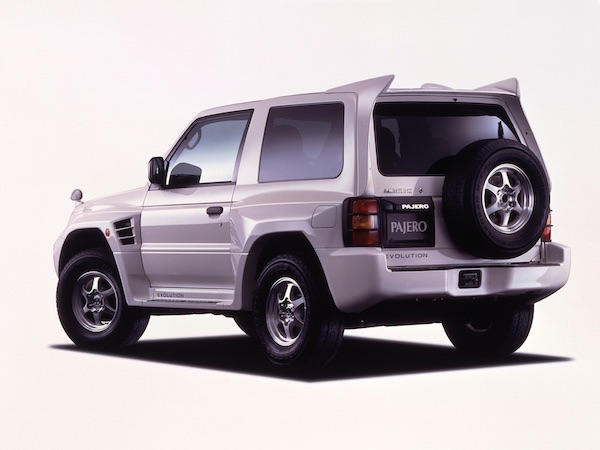 Between 1985 and 2007, Mitsubishi won the Dakar 12 times, with seven of its victories coming in succession. Subsequently, Mitsubishi is the most successful manufacturer in terms of Dakar Rally wins, just as Lancia is the marque with most victories in the FIA World Rally Championship. 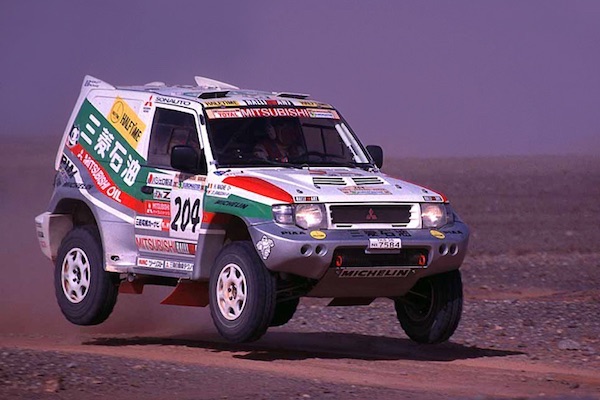 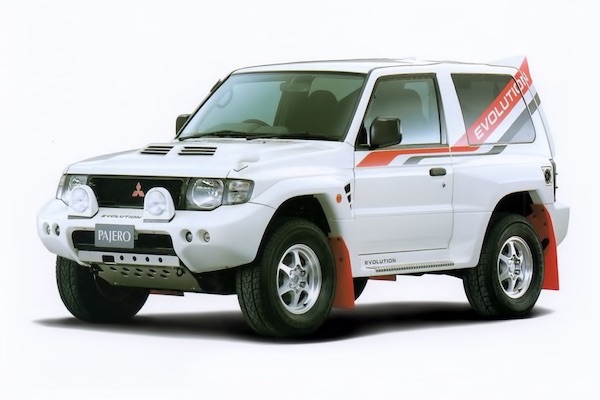 
During the concept phase of the limited-edition Pajero Evolution, Mitsubishi selected the three-door version of its Pajero SUV thanks to its lower weight, more space for modifications, and shorter wheelbase for better manoeuvrability across the dunes of Africa.

Upon first glance, the road-going version of the Pajero Evolution is immediately different from the standard car thanks to its flared wheel arches, and more aggressive-looking body tweaks.

What's more, the more aggressive body of the Pajero Evolution was not just for aesthetic reasons - under the wider fenders there was a completely new chassis. 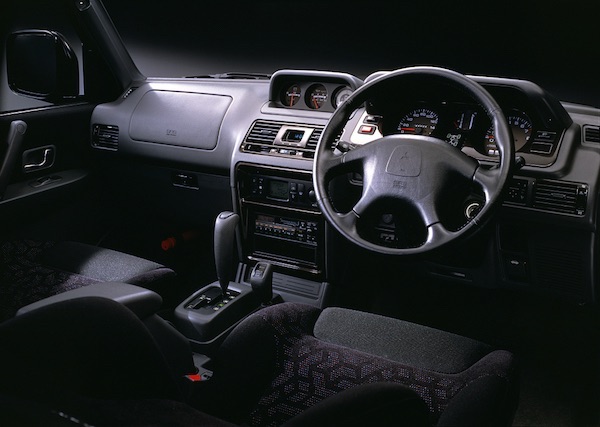 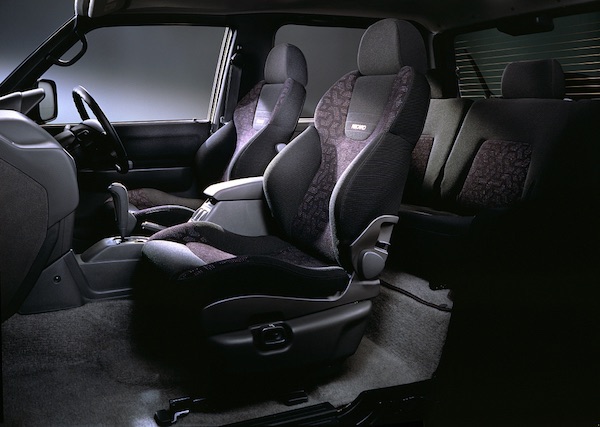 Unlike the standard Pajero, the Pajero Evolution featured a double-wishbone front suspension and a multi-link setup on the rear. The Evolution also had a much wider track, wider types, and significantly stiffer shock absorbers which cost twice as much those fitted to the regular car.

It wasn't just the new body or the sporty running gear and chassis that set the Pajero Evolution apart from the standard Pajero SUV - Mitsubishi's engineers developed a 280bhp, 3.5-litre V6 engine which featured specially forged pistons and a bespoke air intake system. 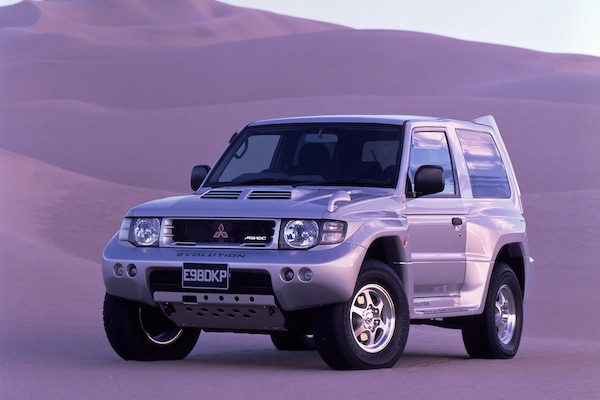 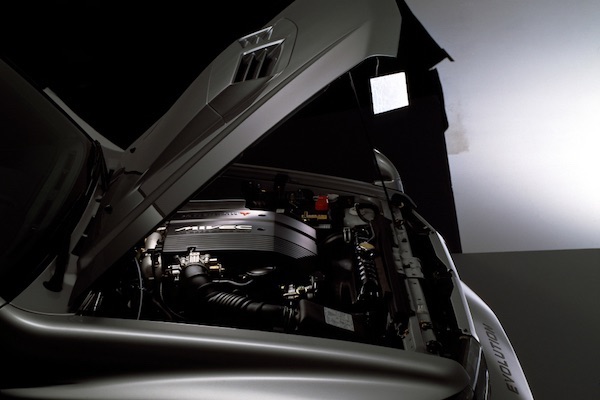 With only 2,500 cars built, the Pajero Evolution is a homologation special


Like the standard car, the Pajero Evolution was an all-wheel-drive SUV. Depending on the surface, the driver could select whether they wanted the car to be driven by the front or the rear wheels. In AWD mode, the car had a perfect 50/50 power distribution. 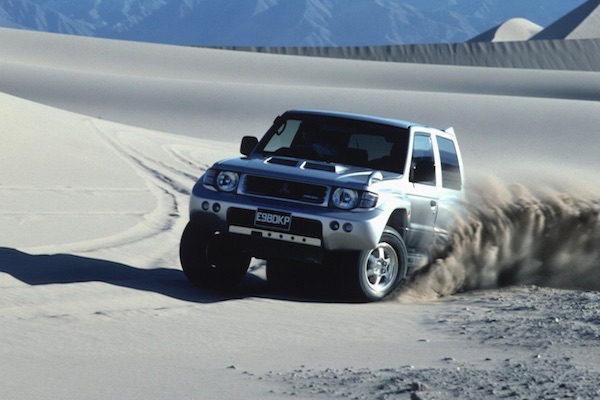 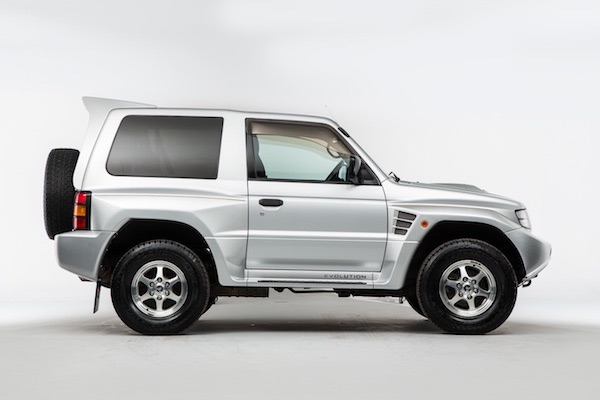 As the Pajero Evolution was created as a homologation car for the Dakar, Mitsubishi built only 2,500 of these cars. In addition to its exclusivity, the Mitsubishi Pajero Evolution's desirability is boosted by its relatively low cost - this desert-storming Youngtimer can be yours for as little as EUR 18,000.

Take a look through at the range of classic Mitsubishi cars on sale with Dyler.com by following this link!