How did Whitewall Tyres Disappear?

These days, you can see whitewall tyres in old movies or at classic car events and museums, but they were once an integral attribute of any car, and at a certain time were even something of a status symbol for cars owners.

Whitewalls are tyres with a stripe or entire sidewall that is white. Their origins date back to 1914 when a small tyre company in Chicago named Vogue Tyre and Rubber Co. began making tyres like this for the vehicles of that time.

Early automobile tyres were made of pure natural rubber mixed with various chemicals to make them wear better. One such chemical was zinc oxide, a pure white substance that increased traction and also gave the tyre a white colour. However, the white tyre did not have sufficient endurance, so they began using carbon black in production, which greatly increase the service life of the tyres. Thus, they began using carbon black for production of the tread, while the inner and outer sidewalls were still made of white rubber. Over time, only black tyres were left in production, and the white stripes were just drawn on the tyres, usually for the sake of fashion.

The status of blackwall and whitewall tyres changed according to the era. Initially, black tyres were more valued – their production required a larger amount of carbon black, and maintenance of the car's "footwear" was easier, so they were considered the premium tyre and were commonly fitted to luxury cars through the 1930s. Meanwhile, around the late-1920s, whitewall tyres were considered a stylish and distinctive feature, but one that required a lot of maintenance. Their popularity increased in the mid-1930s when Ford began to offer whitewall tyres as an $11.25 option on all its new models in 1934.

However, their real golden age was still to come. With the supply shortages of raw materials, production of whitewall tyres was limited during World War II, but they saw a real revival in the early-1950s when they reached their zenith in popularity. In some cases, they were a must-have in order for a car to have the right look. Before being sent to buyers, new whitewall tyres were wrapped in paper both to keep the white sidewall clean, and to keep the black tyres from getting smudged. 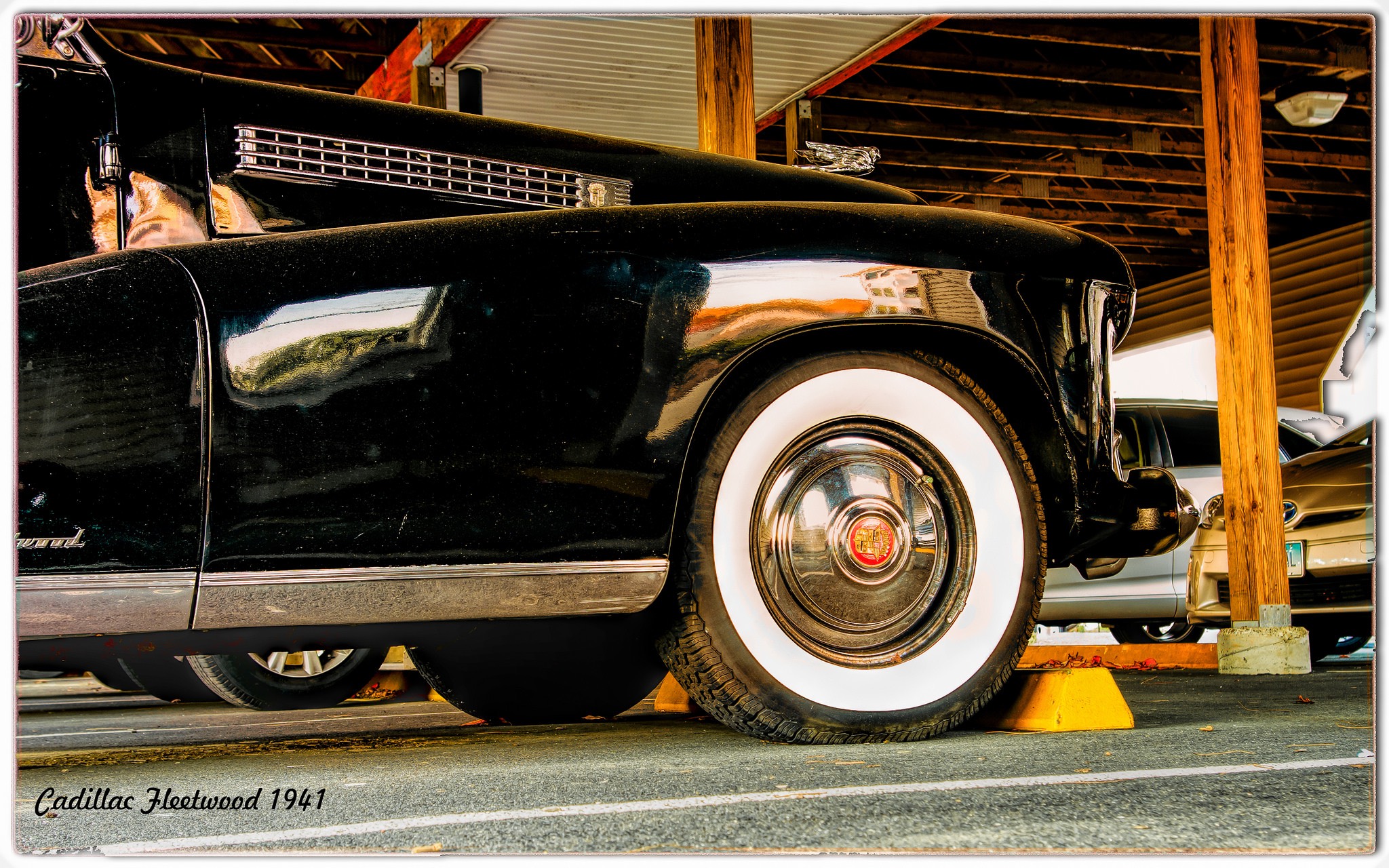 An interesting take was introduced in 1957, when the production version of the Cadillac Eldorado Brougham was fitted with whitewalls that were reduced to a 1" wide stripe floating on the tyre sidewall with a black area between this stripe and the wheel rim. Nevertheless, the width of the white stripe began to diminish as designers attempted to reduce the perceived height of the wheel or tyre. That's because at that time, for about a decade, extremely low-riding cars were all the rage. 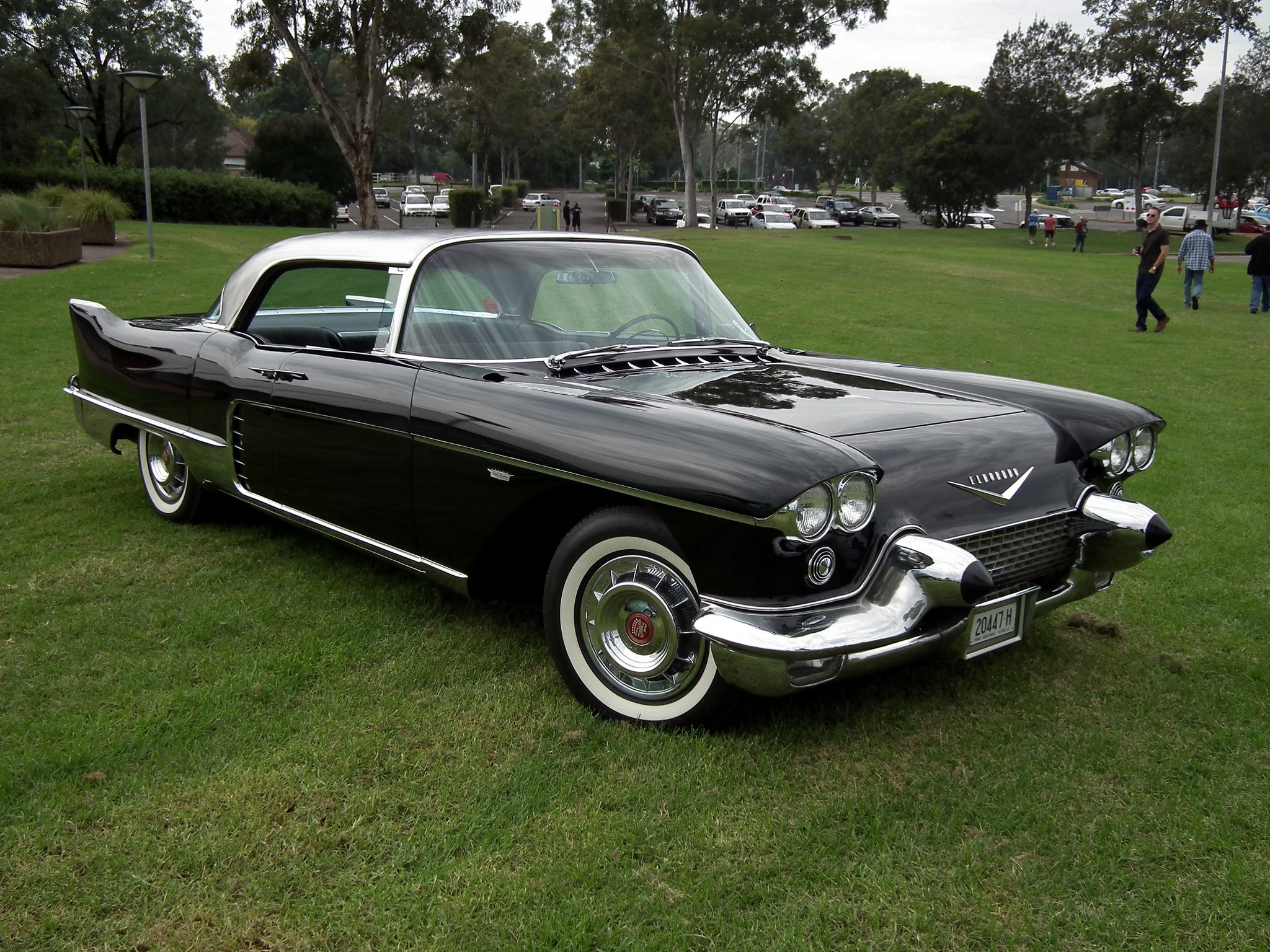 Whitewalls finally lost their popularity in the U.S. market in 1962. They continued as an option on the Lincoln Continental for some time thereafter. In 1968, Chevrolet Corvette buyers were no longer given the option. In the mid-1960s, a few interesting variations on the striped whitewall came out: a red/white stripe combination was offered on Thunderbirds and other high-end Fords, and triple white stripe variations were offered on Cadillacs, Lincolns and Imperials.

The Lincoln Town Car continued to be offered with a factory whitewall option – a narrow white stripe – until its discontinuation in 2010. Although modern car makers don't offer whitewall tyres as an option, they are still manufactured by companies such as Coker Tire and Vogue Tyre, so classic car owners and restorers who want to convey the authentic vintage car spirit definitely have something to choose from.