The French never lacked imagination in developing cars. Many of their production models stand out for their appearance and win awards for their design, not to speak of their concept cars, which look like spaceships from another planet.

This time we're going to talk about three French concepts – each of them is different and none of them became production cars, but they all captivated the world when they came out and are considered exemplary, even today.

The Citroën Karin that looks like a stealth fighter

The first concept is the Citroën Karin. With the 1980 Paris Motor Show – the key event for all French manufacturers – coming up, Citroën didn't have a new model to unveil. But you have to keep your public happy, after all.

So Citroën set out to do what the French do best – create a concept car. Trevor Fiore, who was head of the company's design department at the time, gave the green light for production of an innovative concept starting from a blank sheet of paper. The result was stunning, even if it was given a not-so-impressive name: Karin.

It was a sports car with three seats. The driver sat in the middle, slightly in front of the other passengers. The steering column was incredibly long, and the driver was able to control almost everything without letting go of the steering wheel. The Karin had a unique inboard computer that displayed information about the car and the road. Small computers that controlled various functions were also placed in the door panels near the handles so that both the driver and passengers could reach them. 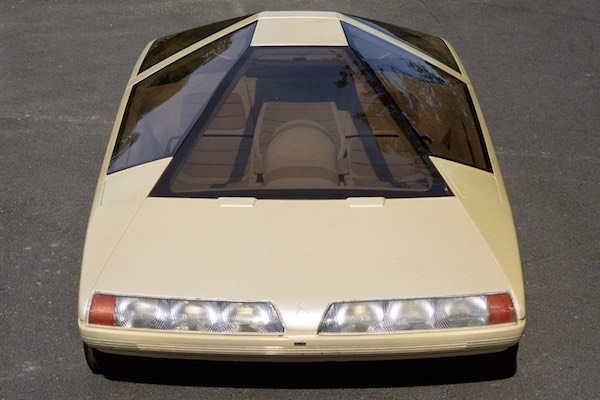 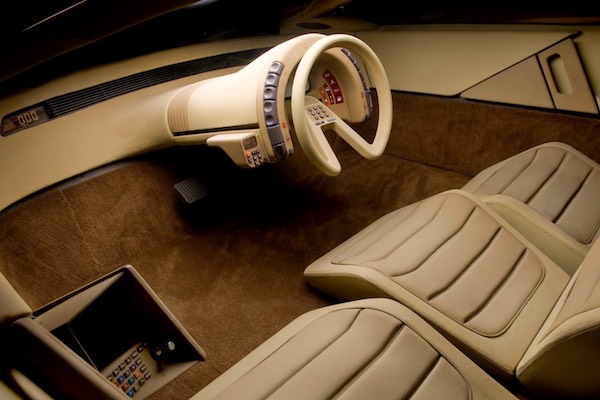 A large part of the Karin was covered with glass, and the rear wheels – with side trim. The colour that they chose was also unconventional: brown. From the side, the Karin resembled a geometric figure, like pyramids stacked up against one another. Its roof was impressively small – barely the size of an A3 sheet of paper – so you wouldn't be mistaken to say it looked a hell of a lot of like a stealth fighter.

The long, horizontal headlamps with triple projectors that were installed in the front of the car were reminiscent of the Citroën SM and Alpine A310 models – Fiore spent many a day working on design of the latter. The rear part resembled the early Lotus Esprit, but with all the details combined, you would never confuse the car with anything else – it was the Karin. 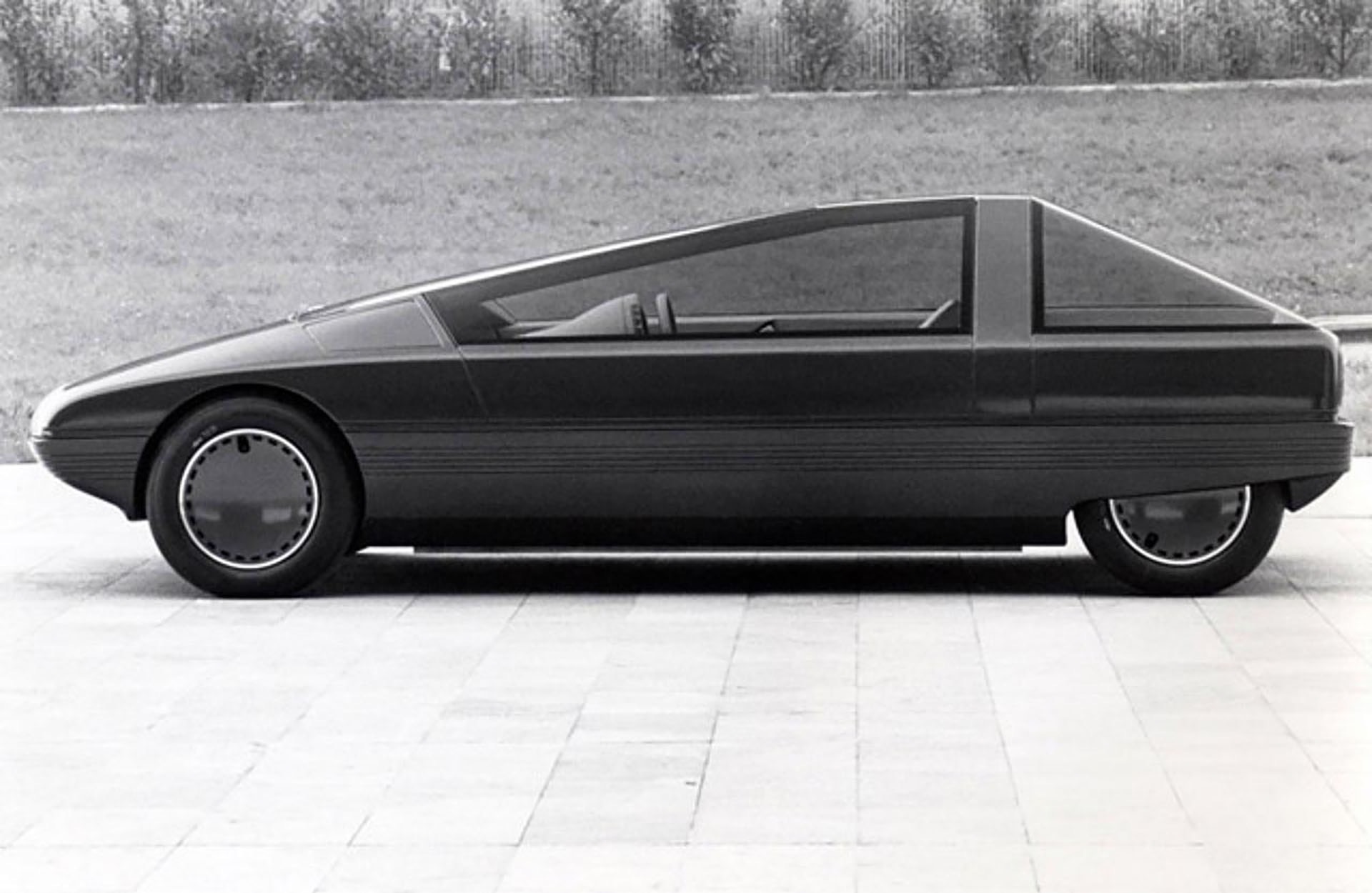 Another concept was the Citroën Xenia. In the 1980s, Citroën already belonged to Peugeot and had survived many ups and downs, but was currently enjoying a period of financial stability. And it planned on making a successful return to the US market, which it developed the Xenia concept for.

As is fitting for Americans, the vehicle was large. And as you can expect from Citroën, the Xenia was unique – the strong body lines went perfectly with the huge windows that provided excellent visibility as well as a potential greenhouse effect for passengers. But after all, this is a concept vehicle and a French one as well, so who cares? 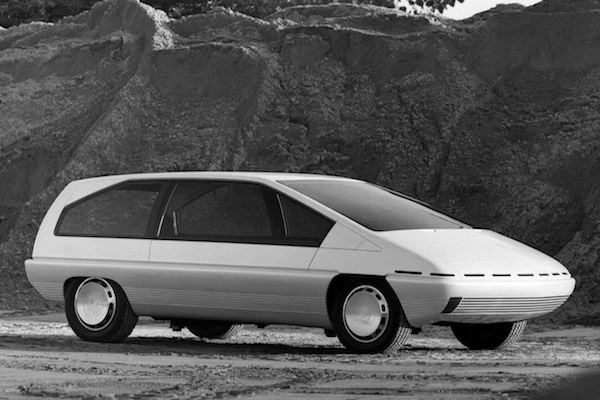 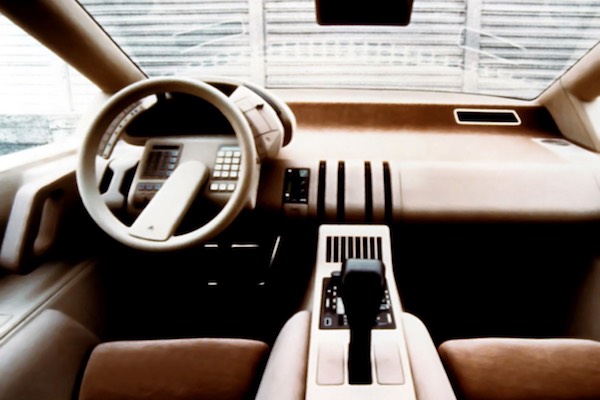 The Xenia had some of the latest technology – for example, there were solar battery cells mounted in the windscreen which produced energy for the entertainment system and to maintain passenger comfort when the car wasn't running.

Though it looked like a large minivan from the outside, the Xenia could only fit four people. All four seats were separate, and the control instruments were only visible to the driver, leaving the passengers to converse with one another. However, the passenger seated in front was at least able to adjust the radio and the air conditioner – the buttons and knobs for these were mounted on the central console between the driver and the passenger. The driver could control many of those functions with the buttons that were on or next to the steering wheel – these keyboards looked like two push-button telephones positioned next to each other.

The passengers in the back wouldn't be bored either – they had a video game system and a telephone to keep them occupied. Even though the Xenia concept seemed exceptional and gained a lot of attention, it didn't become a production vehicle – it took years before the French dared to develop a Citroën minivan for mass production.

Since the 1970s, Citroën and Peugeot have been one company, and they somehow manage to share designers. Each year, one or the other manufacturer presents a concept that the entire automotive world then talks about for the next six months. Citroën's style is reflected by sharp lines, plenty of glass, and a minimalist interior. Peugeot has a somewhat different style, and they demonstrated this in 1988 when they unveiled the Oxia concept model.

As befits a French manufacturer, the Oxia concept was presented at the 1988 Paris Motor Show. At first sight, it was difficult to figure out where was it from – another planet or a race track. Or maybe from a race track on another planet?

The front of the car was slightly reminiscent of the other cars that Peugeot was producing at the time, but the Oxia concept was maximally aerodynamic and low to the ground – the windscreen almost looked like a continuation of the bonnet, and you probably couldn't find a single detail in the exterior that didn't have rounded corners. 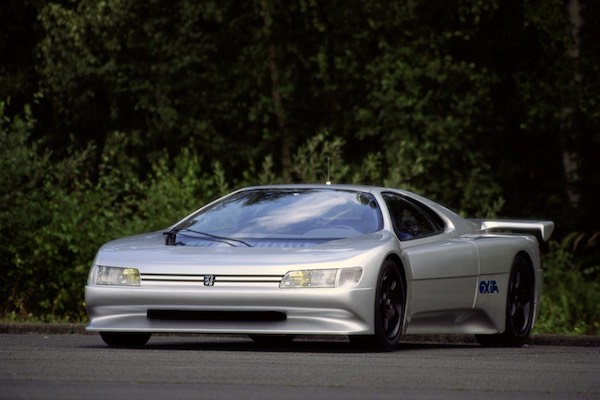 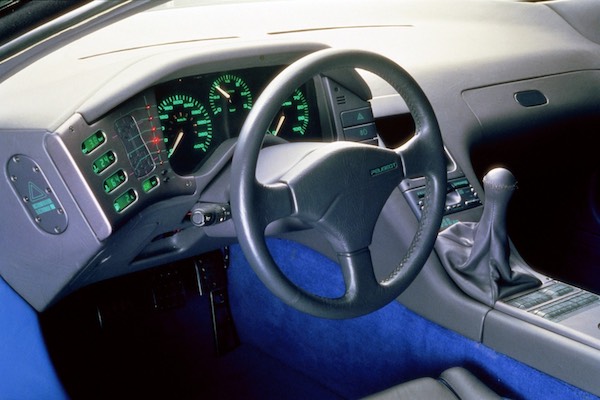 But looks aren't everything. This concept car was drivable – it had a 2.9-litre V6 engine with two turbines that could generate 670 HP and 726 Nm. Borrowed from a Le Mans race car and put into a body that weighed less than 1.4 tonnes, that engine was able to guarantee the car some very stunning characteristics.

The speedometer alone set an optimistic tone, displaying a maximum speed of 400 km/h. Granted, according to Peugeot, the Oxia couldn't go that fast – its top speed was "just" 347 km/h. Nonetheless, Peugeot claimed that it was not a sports car, but rather – a Gran Turismo suitable for daily driving.

Looking at the interior of the car, this would be hard to doubt – it really did look like a lot of sporty cars meant for everyday use. However, certain details could give away the fact that it wasn't just a regular car. The aforementioned speedometer, the telephone, the automatic climate control and the computer-controlled navigation system, just for starters.

This is how Peugeot envisioned the future in 1988, and part of it was revived a dozen years later in the 908 prototype that was developed for the 24 Hours of Le Mans.