Summer is the time for various classic car meets, races and rallies. The smell of burnt gasoline with a strong historical flavour, roaring 6-cylinder, V8 or V12 engines, and impressive four-wheel beauties.

Most organisers publish their statistics, which clearly show that interest in classic cars is growing consistently. This year’s Le Mans Classic was no exception. The mega-sized retrospective of the history of the iconic 24-Hours race that takes place every two years on the legendary 13-kilometre circuit set a new attendance record of 135,000 spectators this year, which is 10% more than in 2016. And the other numbers are also impressive: more than 700 historic racing cars, 200 car clubs, and over 1,000 drivers from 30 countries, including 10 former winners of the 24 Hours of Le Mans. 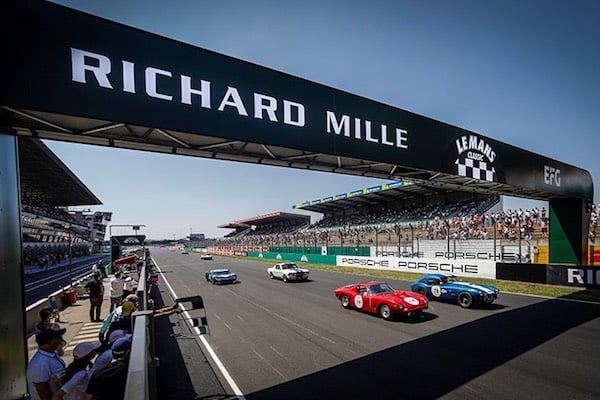 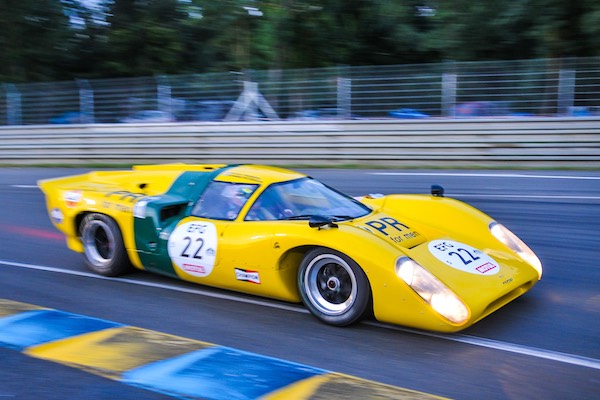 The other ingredients of this gigantic show included 8,500 cars representing 60 different marques, and the commemorations of Porsche’s 70th anniversary and the 40th anniversary of Alpine’s victory at the 24 Hours of Le Mans. There was also the Artcurial Motorcars auction and the Concours Le Mans Heritage Club, which brought together 24 models that formed the history of the legendary circuit. 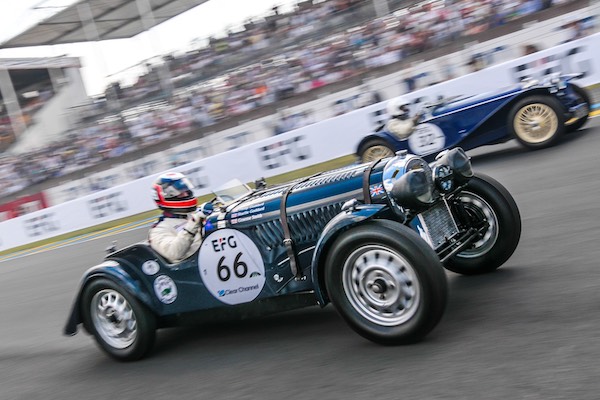 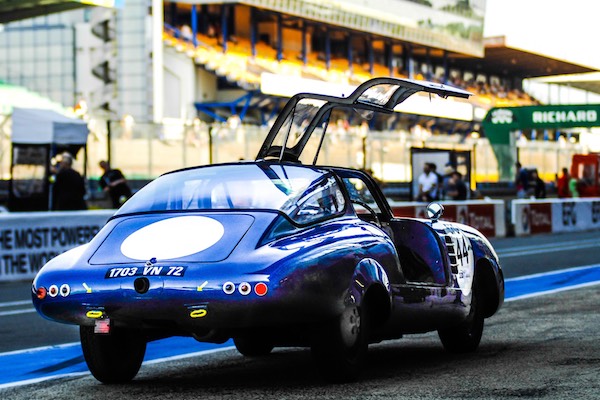 The prestigious Concours Le Mans Heritage Club, which brought together 24 specially hand-picked cars that had all taken part in the Le Mans 24 Hours between 1923 and the present. The jury comprising several specialists from the world of the motor car awarded the following prizes: 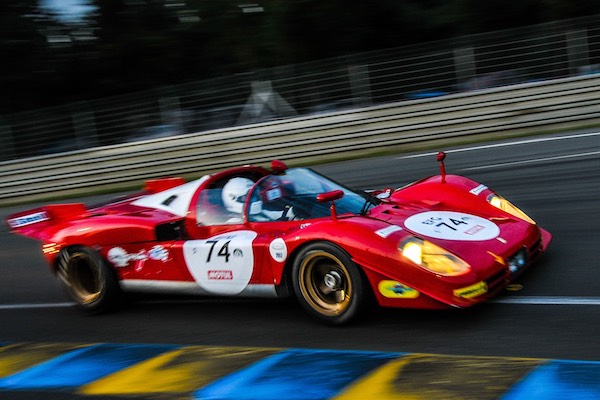 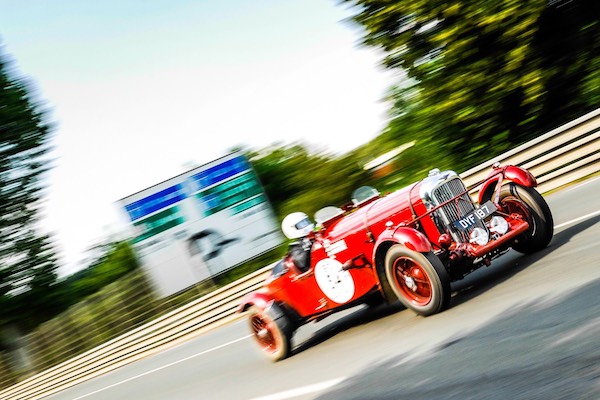 It’s no coincidence that the name of the official partner – Richard Mille – was highly visible in this colourful tumult. This Swiss watch brand is unique for its ability to combine classic horology with cutting-edge technology. Richard Mille is a passionate enthusiast and collector of classic cars himself, and some of his cars are worth millions. For example, legendary racer Bruce McLaren's first Formula One car, the M2B from 1966. Mille admits that he constantly receives offers to sell it, but he never will, since it is his dream come true. The other residents of his garage, which is set up in an 18th century castle, are no less impressive. For one, there is the Ferrari 312B that won the 1970 Italian Grand Prix and was also driven by Mario Andretti. Experts have valued this car at more than USD 3 million. Other rarities include a 1970 Porsche 917 and a 16-cylinder Formula One racer; meanwhile, he personally loves to drive his Lancia Stratos, a legend of European rally races. 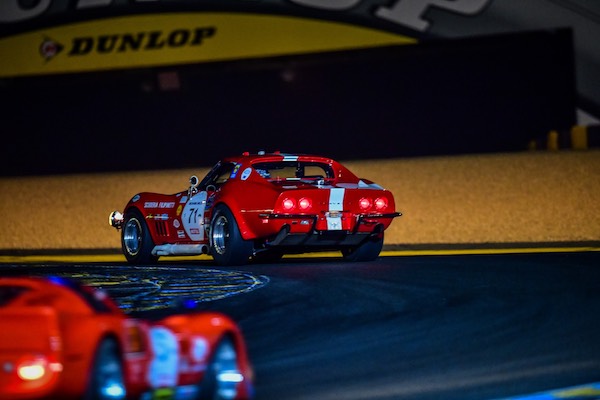 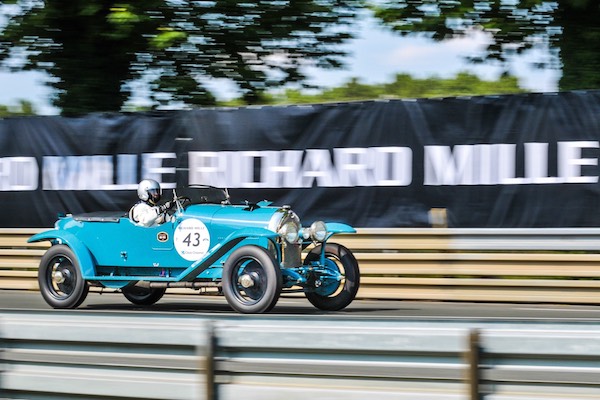 Understandably, Richard Mille prepared a wonderful dessert for this select and knowledgeable audience – the very sporty RM 11-03 Le Mans Classic. This is a limited edition of 150 pieces in white ceramic, equipped with the RMAC3 automatic calibre that has a flyback chronograph that can literally flatten the on-track lap timers. 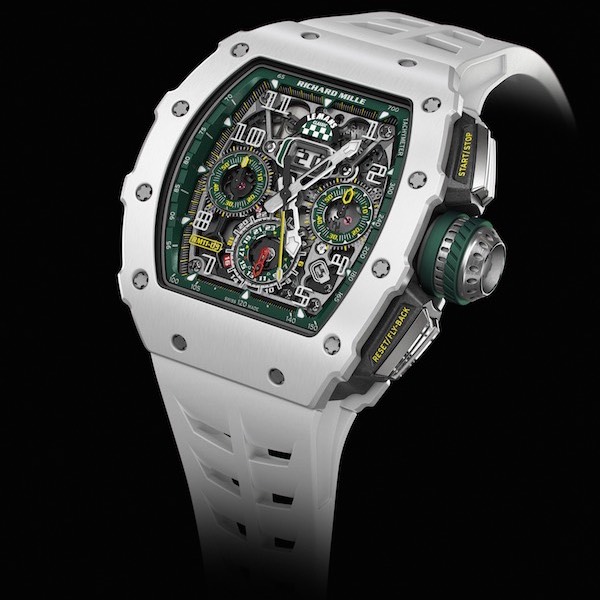 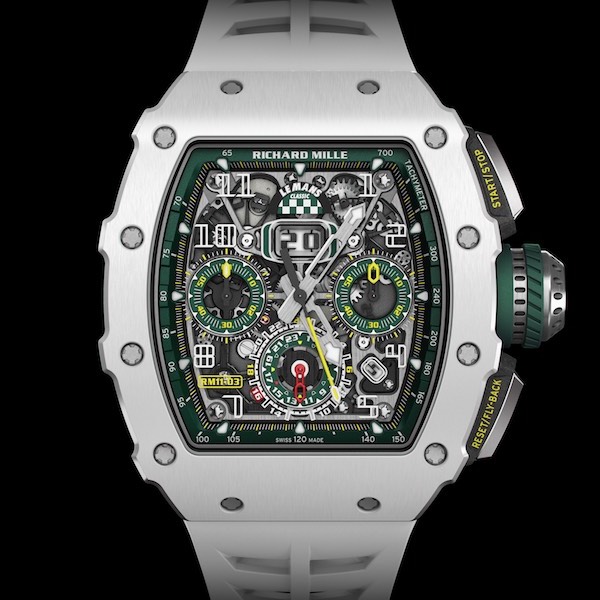 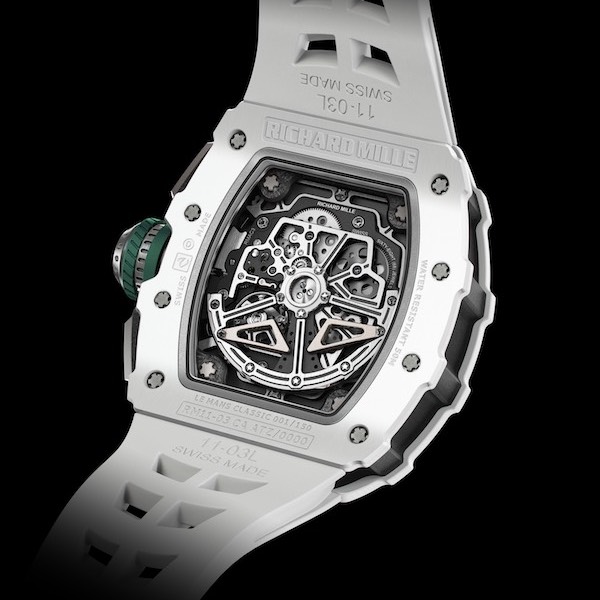 The first RM 11-03 in white ceramic, this new model is characterised by accents in the typical British racing green. Details evoke the world of racing cars: the groove of the pushers recalling the surface of vintage pedals, the precision-machined crown, the Le Mans Classic logo appearing on the dial at 12 o’clock and the number "16" highlighted in red on the 24-hour counter at 6 o’clock, an allusion to the start time of the endurance race. The oversize date display of the annual calendar - with automatic adjustment for months of 30 and 31 days - is placed in a green outlined horizontal aperture under 12 o’clock while a small month display is placed between 4 and 5 o’clock.

On the back, a satin-brushed PVD-treated lower bridge highlights the double barrel mechanism ensuring a power reserve of around 55 hours and the modern lines of the variable-geometry rotor in grade 5 titanium. The 4 Hz (28,800 vph) free sprung balance is highly resistant to shocks and can be tuned more precisely than a traditional balance wheel.