Car Audio Evolution Through the Years

Since the 1920s, radio broadcasts had already become widespread in most countries, and that was a major innovation. Let’s not forget that this was a time when there was still no television, and definitely no Internet.

So the radio served as a source of both information and entertainment. More and more radio sets were finding their ways into people’s homes, so it’s not surprising that someone came up with the idea of combining this innovation with another innovation, i.e. integrating a radio into a car. The first attempts were very simple – you could just take a battery-operated home radio with you into the car, but that wasn’t convenient. They needed something more suitable for a car, and the solution emerged in the United States, which back then was the leader in almost all areas of mass production.

It is currently considered that the first commercial car radio was the Motorola 5T71 introduced by the Galvin Manufacturing Corporation in 1930. Incidentally, it was thanks to this radio that the Motorola name came about. In search of the right name, the Galvin brothers simply linked the words “motor” and “Victrola” (the most popular record player back then). At the time, the Motorola 5T71 cost big money – about 130 dollars, which was a fifth of the price of a Ford Model A, but that didn’t hold back demand. The product was so successful that the company itself later changed its name to Motorola (yes, the same Motorola that we all know so well). 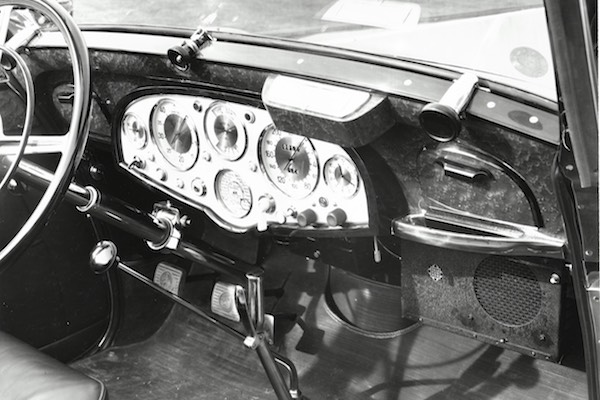 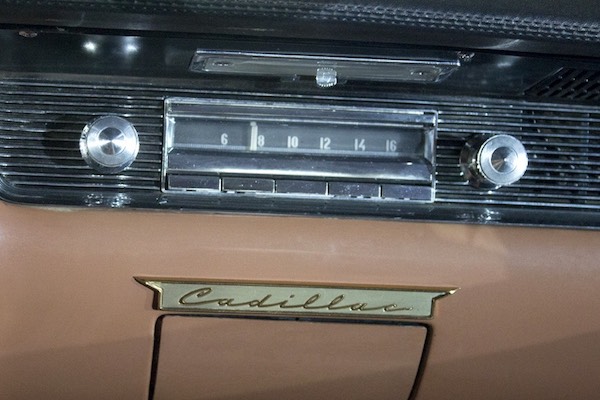 This Motorola could be installed into any car, and when car makers saw the demand for it, they began adding it to their list of optional equipment. Ten years later, there was a push button AM radio in practically every new car in America. Cars eventually got FM too, but music lovers were no longer satisfied with what the radio was offering. At home, almost everyone had a record player that let them listen to whatever they wanted, so they wanted the same thing in the car as well. So before there was a more convenient audio format available, the record player was put on four wheels too. It’s hard to imagine how a record could play in a running car, but in the 1950s it was actually a pretty popular option. Philips released a full line of compact record players that used smaller (7-inch) records and, oddly enough, worked surprisingly well in cars.

However, the real revolution in car music occurred in 1964, when Philips introduced the compact cassette. The cassette was ideal for this purpose – it was small and could fit a good amount of decent quality stereo recordings. Plus it was a lot more convenient to use than a record. However, it did have competition in the US for a while. This was a joint project by Ford, Motorola and GM – the so-called 8-track tape system (also known as “Stereo 8”) that was introduced in 1965. But the cassette tape was superior in all respects (and also a lot smaller), so no matter how hard American automakers tried to popularize the 8-track, the cassette completely usurped the vehicle audio system market by 1980. 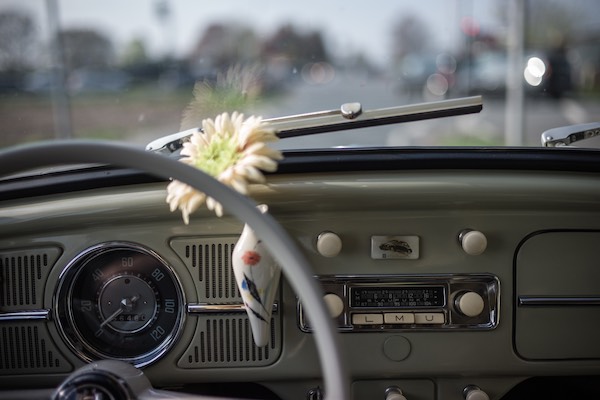 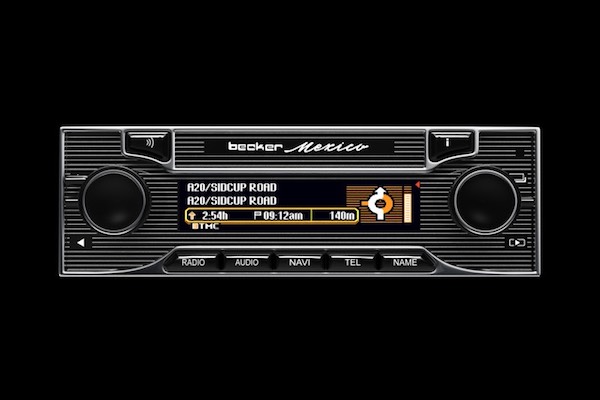 We can easily call the 1980s and 1990s the golden age of aftermarket audio systems. Obviously, car makers were offering their own audio systems, and some of them weren’t bad at all. But at the time, automakers were only focused on production of the car itself and didn’t consider audio to be their territory. And this allowed aftermarket suppliers to create a lot of different systems, each one better than the other. Philips, Blaupunkt, Grundig, Pioneer, Kenwood, Alpine, Becker – every car lover in the 1980s and the 1990s knew these names.

In the mid-1980s, there was another qualitative leap in the restoration of audio quality. That was in 1984, when Pioneer introduced the first automotive compact disc player, the Pioneer CDX-1. The CD not only significantly improved audio quality – it also made it possible to instantaneously select the song you wanted, which was a huge advantage over the cassette. The late 1980s also saw more and more multi-speaker stereo systems being installed, where the total number of speakers was at least six and even the most hard-core audiophiles began to admit that the best car audio systems were already comparable to hi-end home equipment. 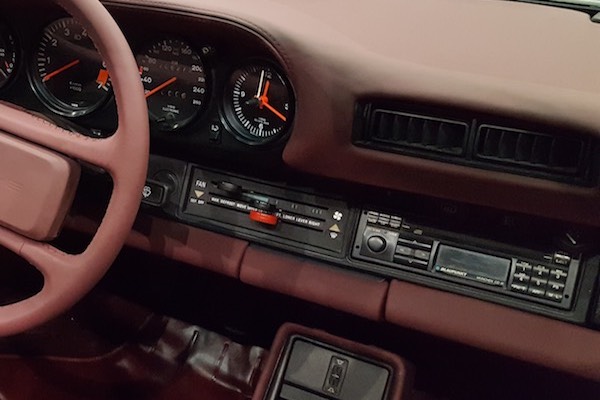 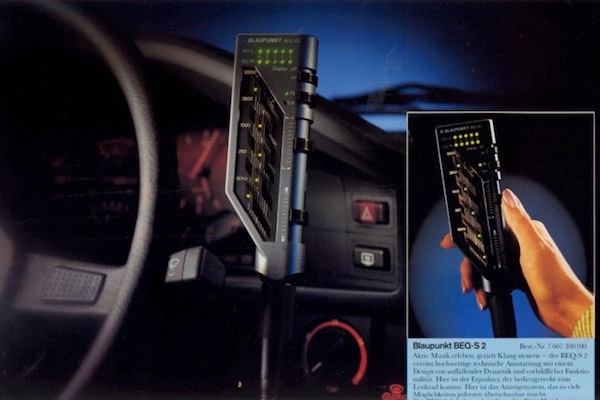 Albeit, it took almost 20 years for the CD to push the cassette out of the picture. Cassette players and cassettes themselves were cheap, so they remained a popular option in cars right up until the end of the 1990s. And the 1990s saw the rise of the CD changer, which could accommodate from 6 to 18 CDs at a time and was practically compulsory in a better car. Changers were usually mounted in the boot, under the seat, or in the glove box. And those who wanted to dive even deeper into the vehicle audio world had all of the conditions to do so, since a huge range of additional equipment became available: amplifiers, equalizers, subwoofers, remote controls, etc.

In 1992, Sony tried to throw down the gauntlet on the CD format by releasing its own Minidisc. It was smaller, but the CD had already become so popular that the Sony Minidisc was no competition and was eventually scrapped. The 1990s were also when manufacturers began to install various security devices into stereos, since they often became an easy target for thieves. Stereos were coded, many of them had removable front panels, and Blaupunkt introduced the Keycard system, where the audio system only came to life when a special card was inserted into the device. 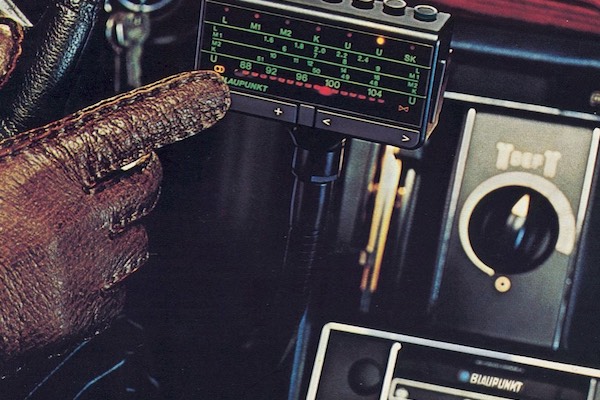 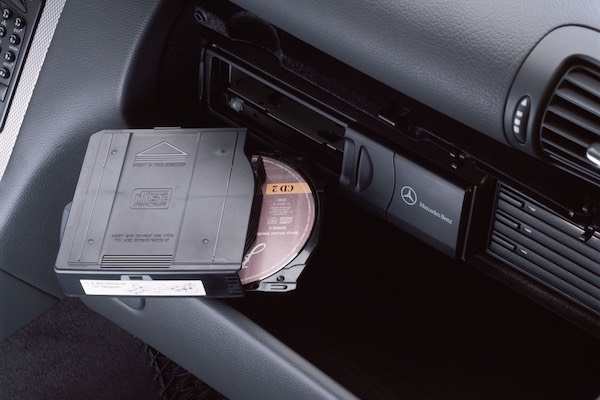 Meanwhile, the new century brought new digital technologies. The magical abbreviation that is mp3 quickly made its way from PCs to the world of vehicle audio systems as well. And the display screens for the stereos themselves grew annually and soon no longer fit in the regular DIN size, which had been the standard for nearly 50 years. Cars have more and more become multimedia centres on wheels, with the audio system becoming an integral part. The well-known aftermarket audio system manufacturers have already just become equipment suppliers for car manufacturers, while some have simply changed their profile or gone bankrupt. 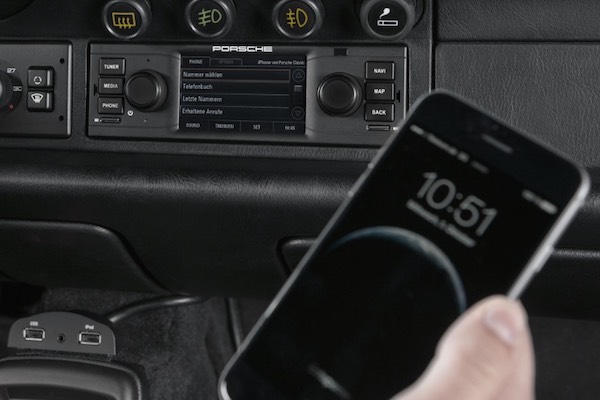 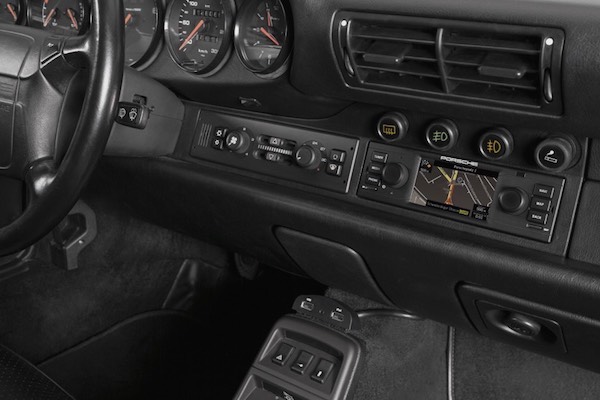 Yes, the sound quality in modern cars is much better, and the audio system is a lot easier to use than it was a few decades ago. But for those who love the classics, a Becker Mexico will always be more impressive that a faceless modern system. And besides, there are options on the market that manage to combine a stylish vintage look with full modern technology. For example, the Porsche Classic Radio Navigation System that is sold through the Porsche dealership network, or the modern Becker Mexico 7948/7942 that replicated the design of the legendary Becker Mexico.