First, a short excursion to our childhood. When we would burst with a desire to do something and our vigilant parents would not see us, we would take a screwdriver, dismantle something and reassemble, but several “unnecessary” parts would remain. Nevertheless, our skills would improve; thus, as we were growing up, we were able to repair a minor malfunction of our car or any household appliance by ourselves.

However, 3–4 decades ago the technologies were different. Today, having opened a motor engine bonnet, mostly we see only a decorative motor plate and, as for electronic appliances, we have no idea of what is inside them, where and how they are manufactured. On the other hand, the majority of manufacturers do not provide their customers with such possibilities and authorisations to look inside the appliance and repair something by themselves.

Nevertheless, as the technologies improved, our inherent curiosity has not disappeared, it is still inherent in our minds, thus, classic locomotives are restored in different countries and released to sightseeing tours on a continuous basis, manufacturers of the top-class audio apparatus offer lamp amplifiers with transparent blocks; we are fascinated by the examples of kinetic art and skeleton watches in the world of watches. These watches are the so-called watches without a dial. But only mechanical watches are so interesting, since a quartz watch without a dial is as much interesting as dismantled remote control.

In the market there are different skeletons, i.e. cheap and expensive, beautiful and abhorrent, simple or very complex, but if we remove a dial from an average mechanical watch, it will not become skeleton. Similarly, not every motor engine is a masterpiece of technology and aesthetics and invoke emotions. However, there are such engines the buzz of which sounds like the most beautiful music and even the view in a “sleep” mode invoke pleasant tingles. Probably no driving enthusiast would not pass Ferrari engine under a transparent bonnet without peeping at it. This is the case where the view per se is an integral part of the product philosophy.

And this is why Hublot had an idea to transfer such emotions to the watch. There are supercars. Why there cannot be a superwatch? I can recall how in 2013 we were astonished by an incredible superwatch MP-05 LaFerrari, created as a tribute to the eponymous supercar, showcased its unique and ultra-complex architecture in Baselworld exhibition. Various versions of MP-05 LaFerrari is the result of cooperation of Hublot and Ferrari engineers and watch producers and Ferrari design director Flavio Manzoni was personally involved in this creation process. The unique movement itself was fully designed, developed and produced by the Hublot Manufacture engineers and watchmakers. The idea of this solution is to show the beauty of precision mechanics and the very mechanism. 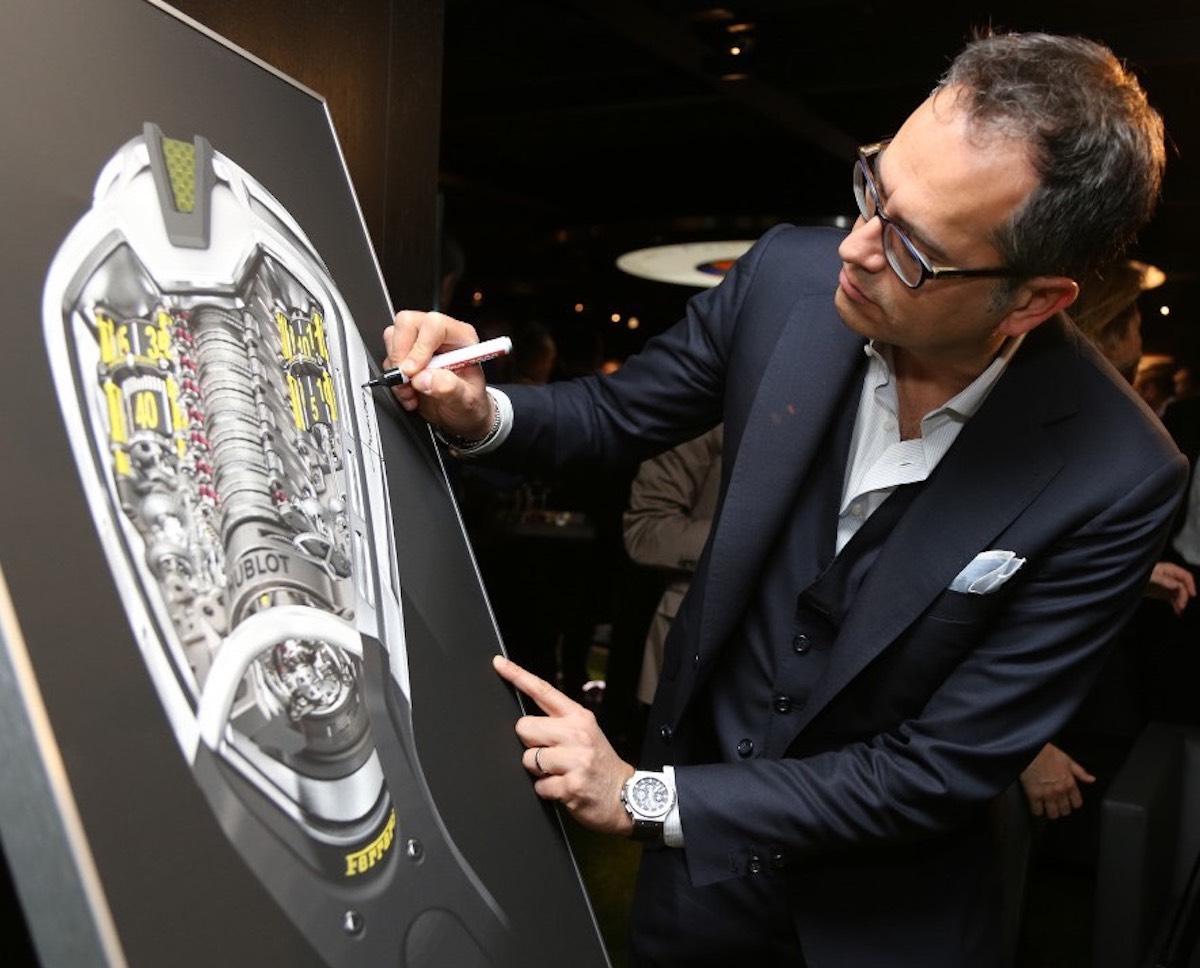 MP-05 LaFerrari Sapphire is the most recent version of this watch. An ambitious project! With this model Hublot has opened a new page of his history and technologies. The three-dimensional construction of the case middle, in sapphire, provides an exceptional setting for the movement. Today the mechanism which reminds of the famous motor engine may be admired from all sides and corners. HUB9005.H1.PN.1 movement consists even of 637 components and a suspended vertical tourbillon. A record-breaking technical feat. Its tourbillon boasts an impressive 50-day power reserve – thanks to its 11 series-coupled barrels set in a spine formation down the centre of the watch. 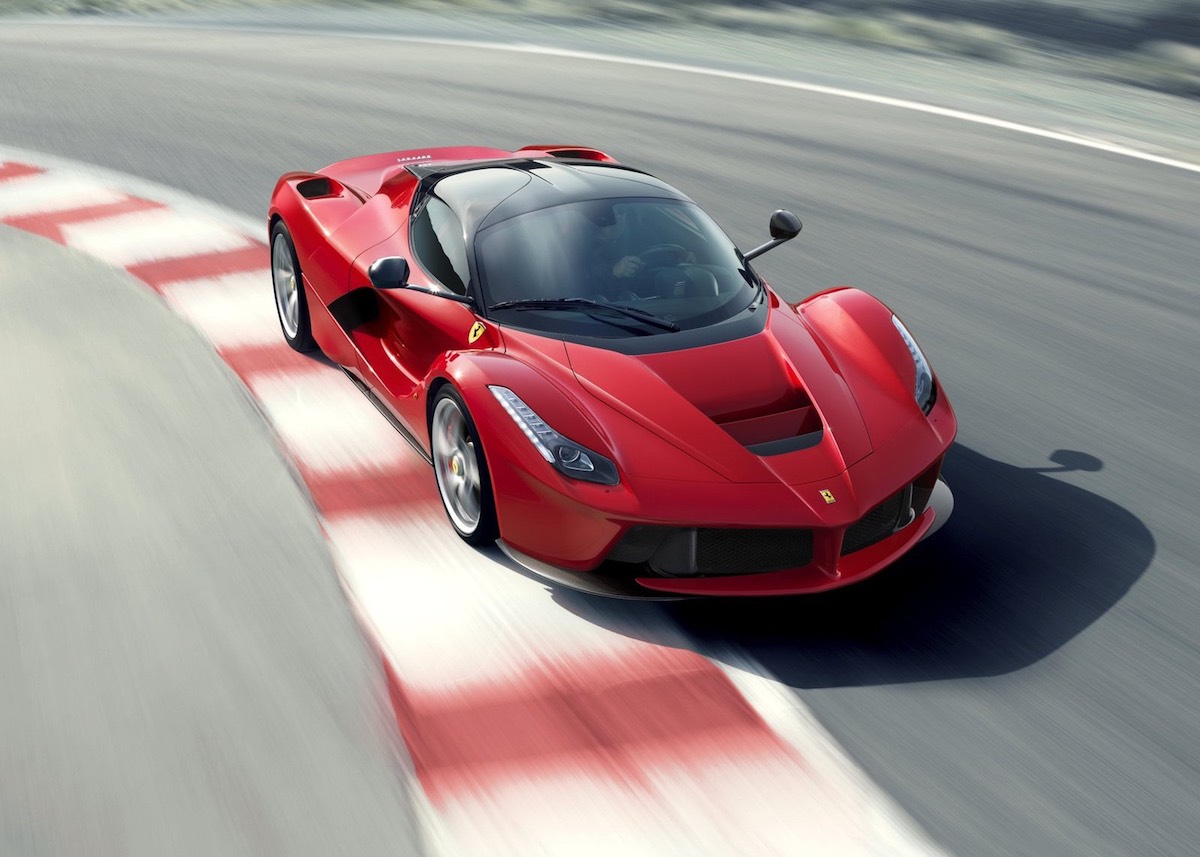 The sapphire case middle is composed of 7 components machined from 7 blocks of sapphire and involved over 600 hours work. Carving the case's ultra-complex architecture out of sapphire using 3D machining presented a further challenge. The result of 18 months' development weighs, a 53.5 grams case on the wrist. 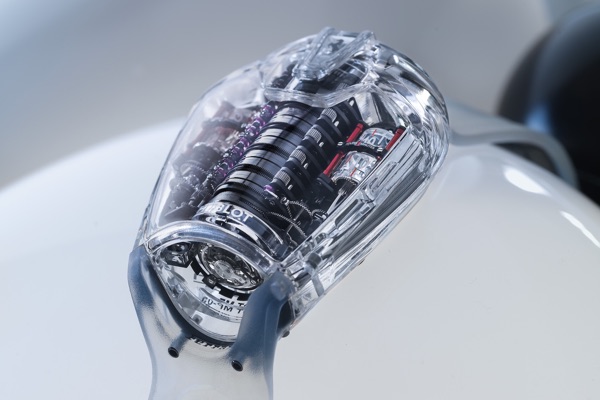 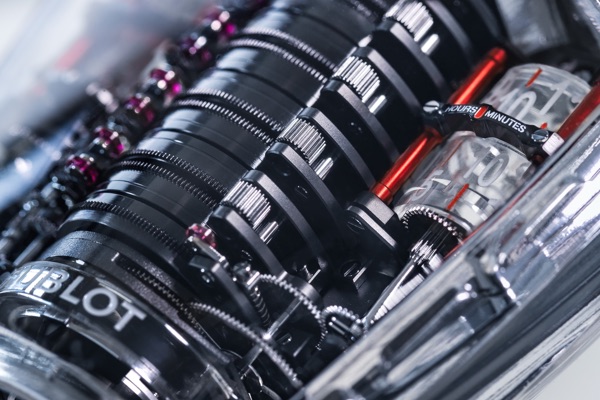 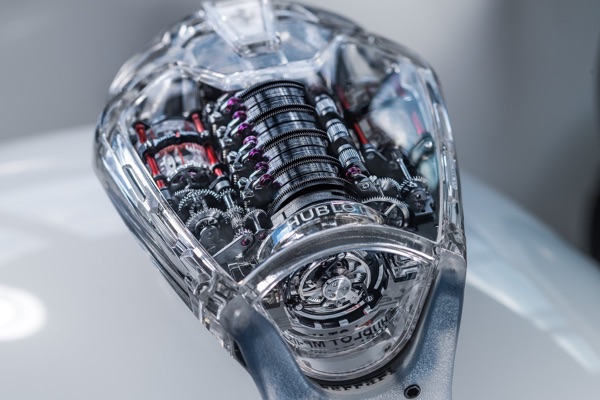 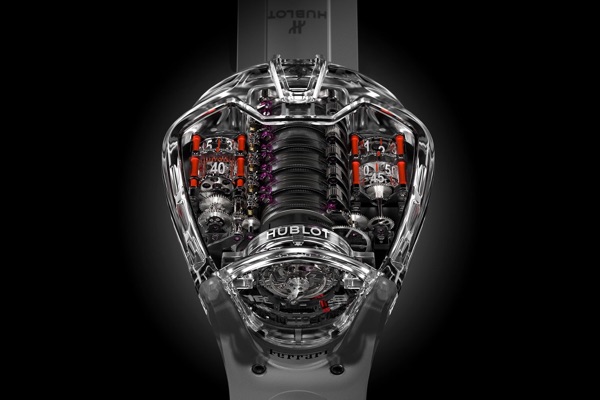 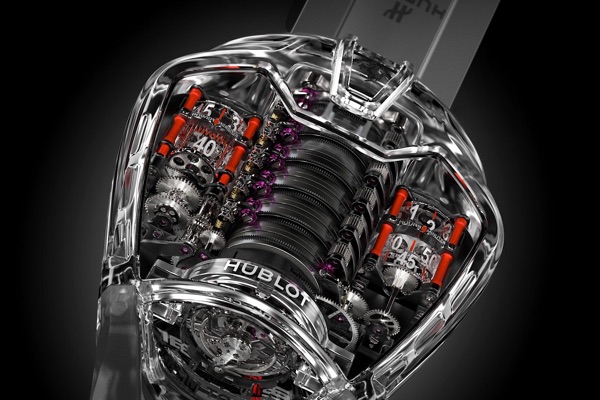 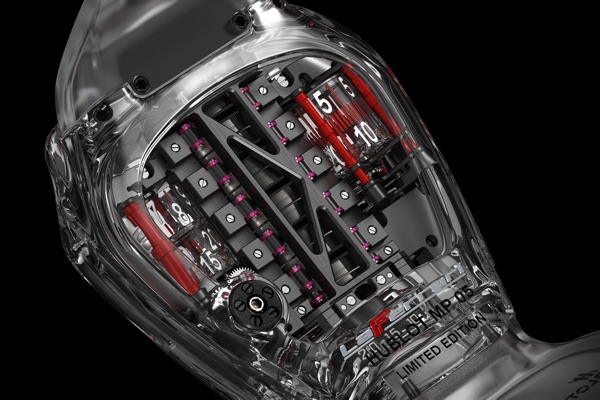 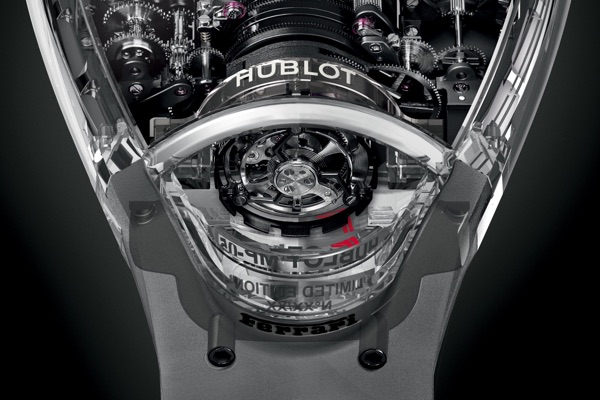 The joint result is an eye-catching, surprising, thought-provoking, a highly visible and desirable object. It is also interesting that this watch of exclusive design is produced with a transparent silicon strap with a clasp which also features components carved from sapphire. In keeping with the ultra-futuristic look of this timepiece, the watch is wound by a mechanism using a miniature power drill, modelled on the tyre-changing tool used in Formula 1.

This is a particularly rare watch, the target of real horology enthusiasts and collectors, limited to 20 pieces. Bearing in mind its exclusive character and complexity and compared with the prices of other racing machines on the wrist, it is value-priced, i.e. it costs around EUR 500,000.