Group B cars were an excellent demonstration of when sports car regulations are created not by members of a safe community, but by engineers. Engineers who have completely gone out of their senses and use all possible resources to win a championship.

Engineering freedom gave a lot to the world of car lovers, but it also had its consequences – driver and spectator deaths were like a knife being held to the neck of the Group B regulation. While Group B stormed the rally, the circuits were occupied by two disciplines: Race cars that met Formula One or Group 5 regulations. While Formula One grew, got better, and attracted millions of viewers to their television screens, Group 5 representatives were quickly forgotten.

Group 5 was a motor racing classification created by Fédération Internationale de l'Automobile (FIA) that was widely used from 1966 until 1982. Over this relatively long period, the Group 5 regulation changed several times: in 1970, 1972 and 1976.

Group 5 was introduced fresh from the oven in 1966. At the time, FIA was trying to get out of a rut and attract more manufacturers who were interested in competing in a competitive league.

We’d like to remind you that in 1966, motor sport was nothing like it is now. For example, F-1 was on the verge of very serious, grandiose changes at that time which prompted the famous championship to evolve into one of the most spectacular motor sport disciplines in the world. Meanwhile, the WRC didn’t even exist yet.

Group 5 was to become the new leader in motor sport that manufacturers and spectators would admire. But first, one question had to be answered: how can that be accomplished? The answer is amazingly simple – only define certain frames. Everything else is up to the manufacturers and the instructors. In the true sense of the word. The car manufacturers were given practically unlimited freedom in developing and modifying cars for racing.

The newly created league was met with a lot of interest, because suddenly there were races in the international arena where unbelievably fast cars were in contention with one another. 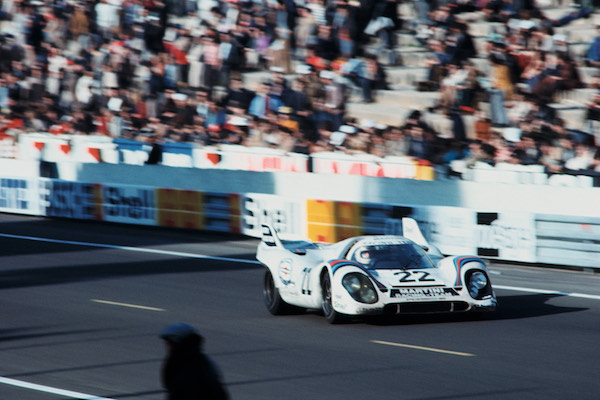 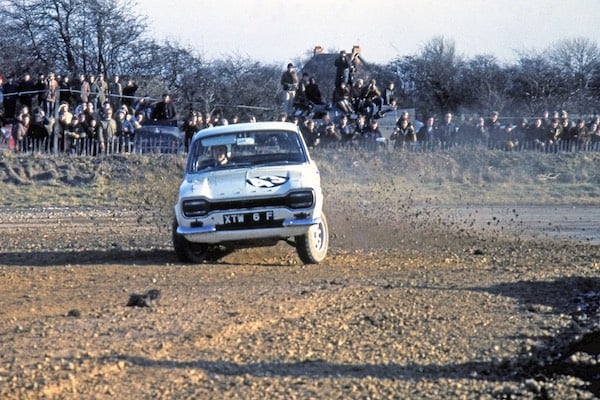 Cars that were too out of control were the biggest and most enjoyable problem of the Group B championship. Although the Group 5 car developers were also given full freedom, the number of accidents and deaths in this championship was minimal. There were usually just minor incidents where nobody got hurt.

However, in order to maintain a high level of progress, the FIA published an updated Group 5 regulation in 1969 which introduced new rules. According to these rules, every team that wanted to participate in the 1970 season could only go out on the track if the car had an engine capacity of less than five litres and a minimal production figure of 25. The changes were nothing radical, but commendable. In addition, Group 6 prototypes were allowed into the same playground. More action, more excitement.

As the 1970 season gained speed, the FIA decided to do away with the Group 5 regulation and replace it with a completely new one. Even though the Group 5 regulation would have expired after the 1971 season anyway, the major players took this decision as a huge slap in the face. Porsche and Ferrari immediately started working on new cars, and sold the Porsche 917 or Ferrari 512 that they had used thus far to private teams. 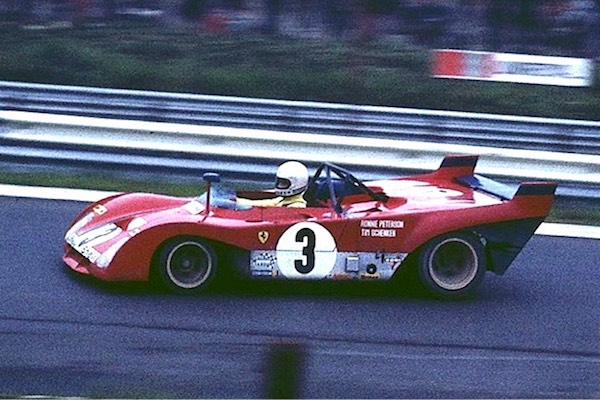 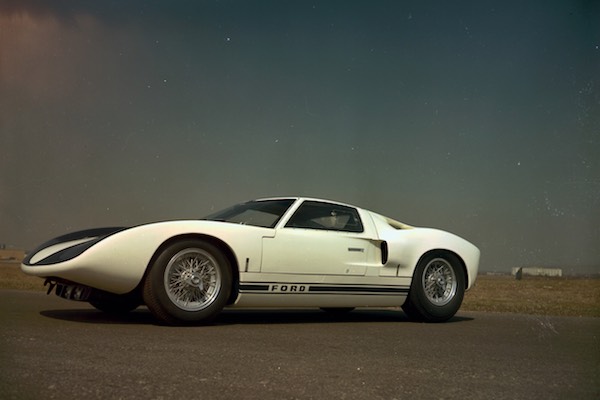 The drastic changes to the regulation received a variety of feedback. Some people didn’t like that Group 5 was stepping away from cars that you might be able to see on the streets and moving toward prototypes.

The regulation that was in place from 1972 to 1975 encouraged car manufacturers to compete with prototypes – the fruit of engineers’ fantasies with four wheels. Even though the new rules were supposed to encouraged further technological progress, the frequent changes to the regulation and the skyrocketed costs turned against the FIA.

After a dark period that lasted three years, the FIA decided to return to the origins of Group 5. In 1975, the FIA introduced a completely new regulation called ‘Special Production Car’. The new regulation said that only production based vehicles can participate in races.

The requirements also had another strict rule: the bonnet, roof and doors had to be left unmodified. The width of the car was also restricted, but everything else depended on the specific engineer. In short, car makers got their hands untied and were given total freedom. Do whatever you want with the aerodynamics, use ultra-lightweight materials, put in huge turbochargers – go ahead!

An excellent example of this is the Zakspeed Ford Capri, or whatever was left of it. The early versions of the car were equipped with a 1.4-litre petrol engine that was kept company by a huge KKK turbocharger and two intercoolers. The tiny engine was able to squeeze out as much as 380 horsepower at the time, but this was no match for the motor that came out later. This was a 1.7-litre twin-turbo engine that could put out 600 horsepower. For a car weighing less than 800 kg, the 600-horsepower engine really could give it wings. 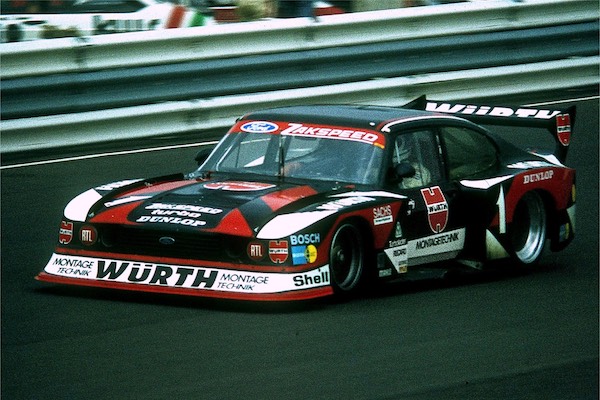 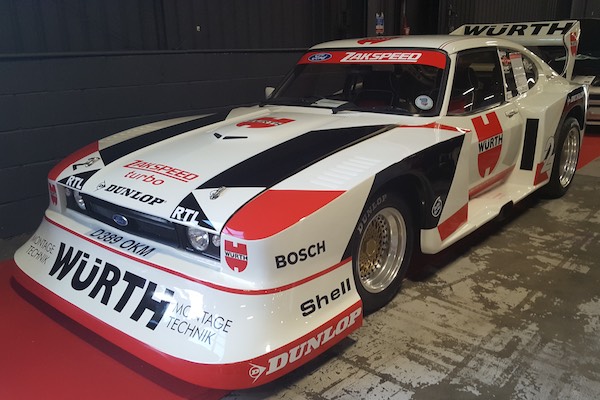 The Special Production Car category was popular not only in Europe, but also in other corners of the globe. From 1976 to 1982, the world saw a huge crew of impressive cars: the BMW 320 Turbo, the Porsche 935, the Lancia Beta Montecarlo, the Toyota Celica Turbo, the Nissan Bluebird SSS Turbo, the Lotus Europa, the Ferrari 512, and so on. 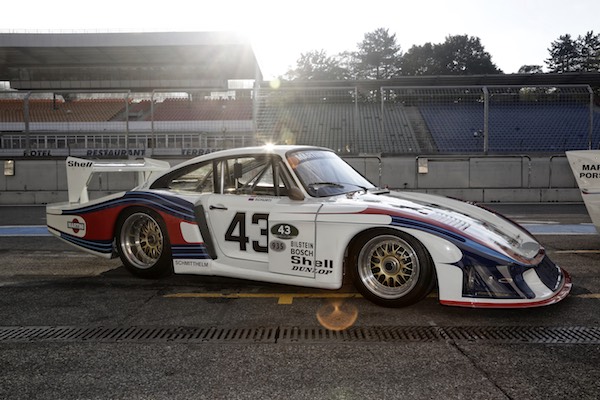 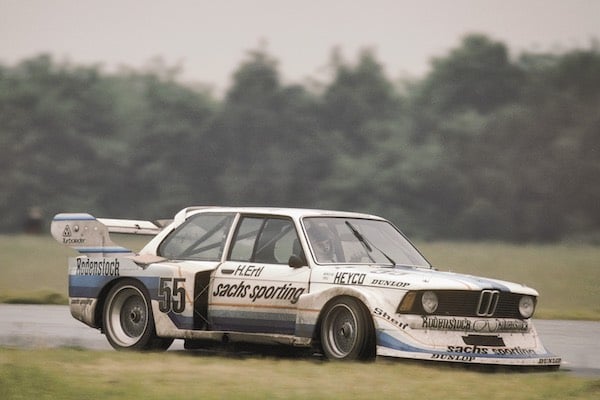 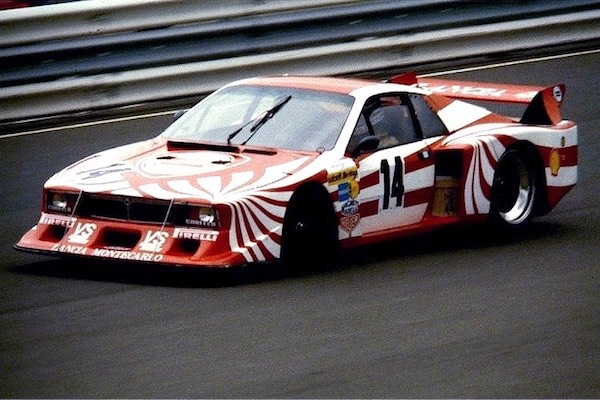 Never lacking popularity worldwide, this motor racing classification was banished in 1982 when the Group B regulation was introduced. At the time, the FIA wanted to apply the Group B requirements to cars designed for circuit racing. In theory, this decision should have paid off and then some, but the increasingly popular World Rally Championship overshadowed any attempt to further promote circuit racing.