Lost Technology: The Pedestrian Catcher from the 1920s

Car manufacturers in Europe carry out thorough safety tests on every new model. They are initially done at the manufacturer’s test facilities, and then continued at the Euro NCAP laboratory.

If a new model wants to get the maximum, five-star rating, it must ensure utmost safety for the passengers inside, and even for those who they could potentially hit. A directive has been adopted in the European Union according to which car manufacturers are obligated to develop car fronts that are “softer” on pedestrians. Some manufacturers, such as Volvo, have even come up with a pedestrian airbag.

An unusual event was recorded in 1896 – a person was hit and killed by a car for the first time. After this incident, car makers and engineers began looking for ways to prevent accidents. Airbags, safety belts and rounded bumpers appeared much later. Back then, cars were angular and were designed without the least though about the chance that they might collide with a pedestrian who unexpectedly runs into the street. 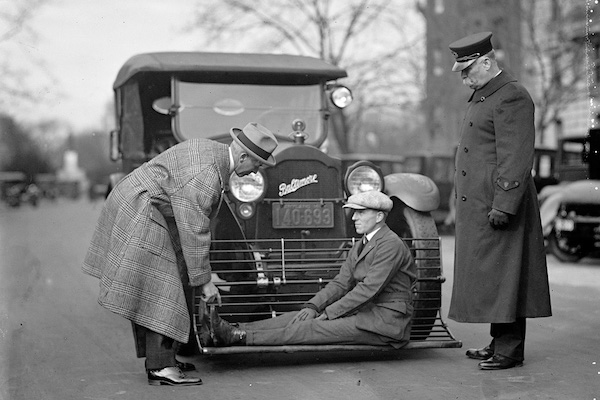 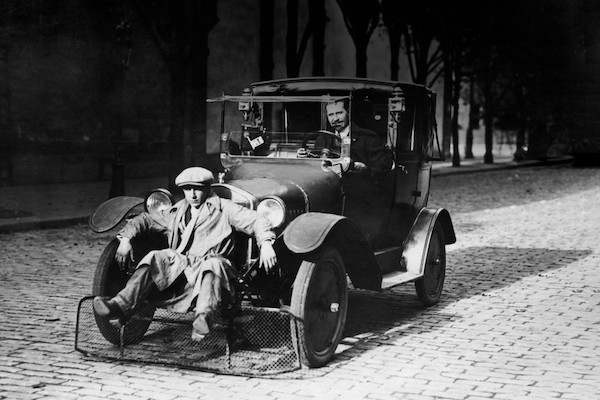 A small revolution took place in 1927 when the “Pedestrian Safety Device” was introduced. This device was first introduced to the public in Berlin, Germany. It was actually less of a safety device and more of a huge hammock attached to the front of the car that could “catch” a jaywalker at any time.


The new device had one very serious shortcoming. The huge structure of the hammock reduced the driver’s field of vision. In addition, the catcher in front limited the car’s manoeuvrability in tight spaces.

A couple of years after the first catcher was introduced, two guys from Great Britain decided to present their own interpretation. Unlike the early catcher that was always expanded, the British invention made it possible to only deploy the catcher in an emergency situation. All the driver had to do was flick a lever next to the steering wheel and the pedestrian would be saved.