It used to be a common saying that if you want to see what technology cars of tomorrow will have just look at the current S-Class. The saying is not as common anymore because most new vehicles already come saturated with a lot more tech than deemed necessary. This has gone overboard when the number of gadgets became the scale for luxury.

However, this Mercedes is from the times when luxury meant nice materials, solid build quality and ride smoothness. Although the W126 series began its life in 1979, with this particular car those times are not that far away since it is one of the last W126's ever built from 1991. This also means that it has enough gadgets to make it feel younger than it is.

When I started driving it in modern traffic, my initial thoughts were that the driving experience would be nice but with quite a bit of those classic car inconveniences that usually come along when owning an elderly vehicle. Wrong I was. 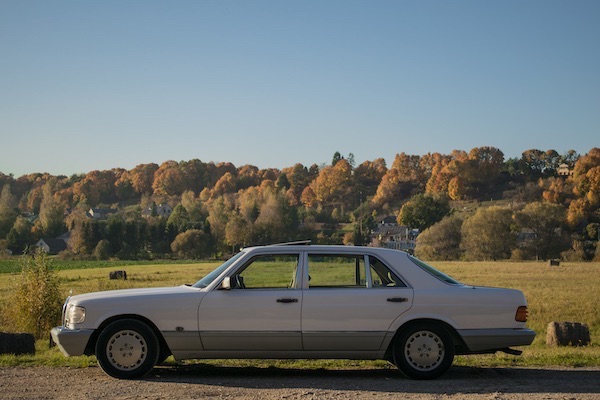 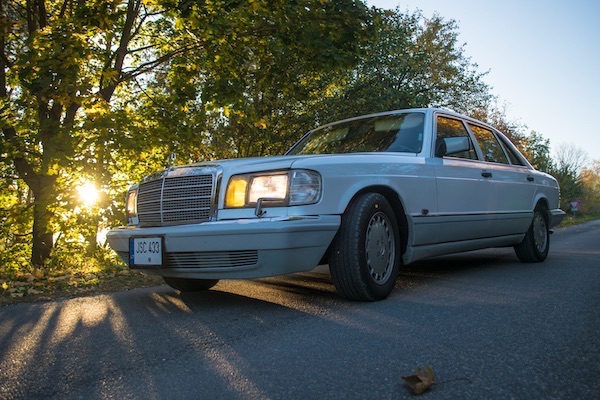 When everything is sorted the 3.5-liter six cylinder turbo diesel fires right up even at low temperatures. Interior gets warm (or cold) in a very fast manner. After falling into the ergonomic power adjusted seats, no time needs to be wasted thinking which gear, sport mode or suspension setting one desires, just put it in drive and forget about the rest. Having said that - the rather agricultural diesel engine and old school gearbox do need to have their slightly noisy warm up time, but after a few miles everything smoothens out. So much that you forget that there still is about 4 meters of car behind you. Hence the long wheel base model. Although the engine develops only 100kw, its torque is rather fun to pull off the stoplights. 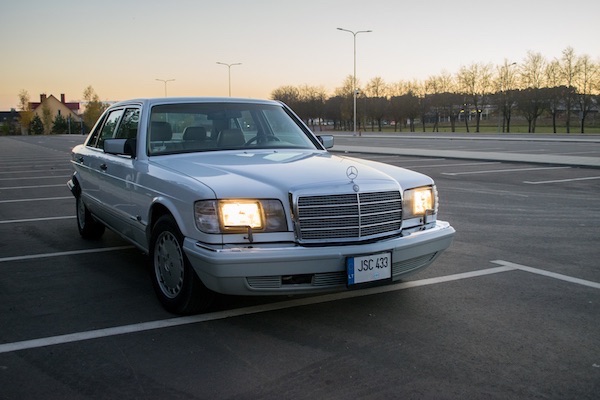 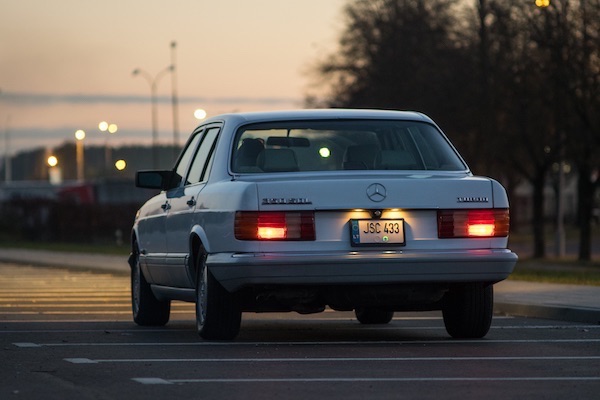 It's easy just to take all this of this amazing comfort and drivability for granted thinking that it comes pretty much from the three-pointed star mounted up front. But to really understand what are all the details that make this car so unique and to appreciate all the engineering that went into it, a good idea is to maintain it yourself. Even if it means the small items like an oil change. This will show some unique beautifully machined parts and unveil the quality of the nuts and bolts used. 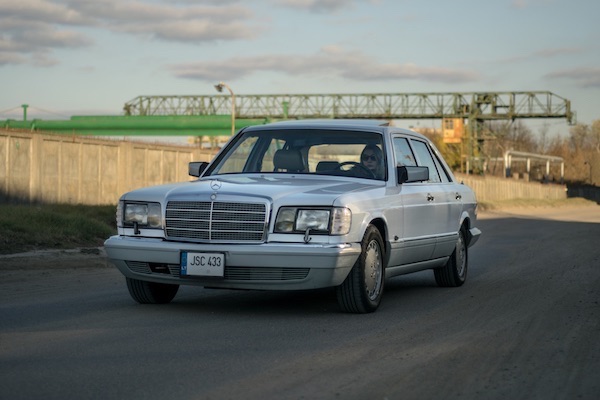 On the industrial road
©Marius, AutoAgitator 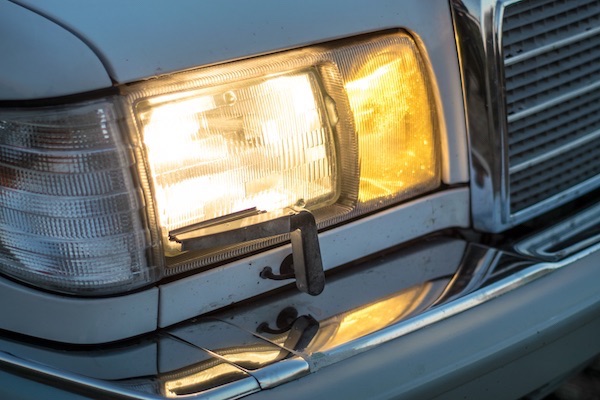 Headlight wipers is something of a must on a classic
©Marius, AutoAgitator

Take the interior ventilation and windscreen washer system heating as examples. The interior climate is very nicely balanced by the vacuum controlled automatic climate control. It does its job while sending air silently sending air through the thick isolated tubes underneath the dash not only to the regular dash vents but also through the front door leather. The windscreen washer heating system on this car could be the definition of over-engineering. Heating begins by a metal antifreeze coil running through the washer reservoir. Then the heated fluid goes through hoses that are also heated only to reach the, yes, heated nozzles. 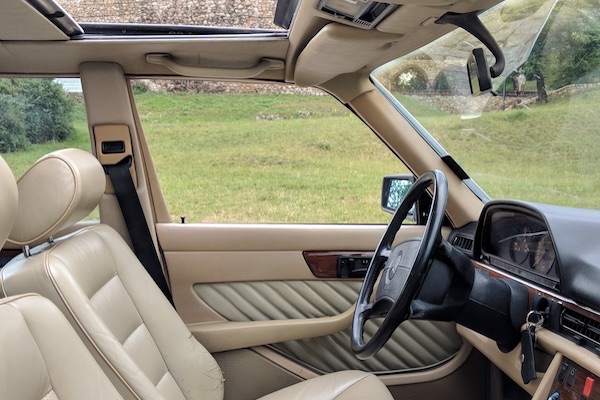 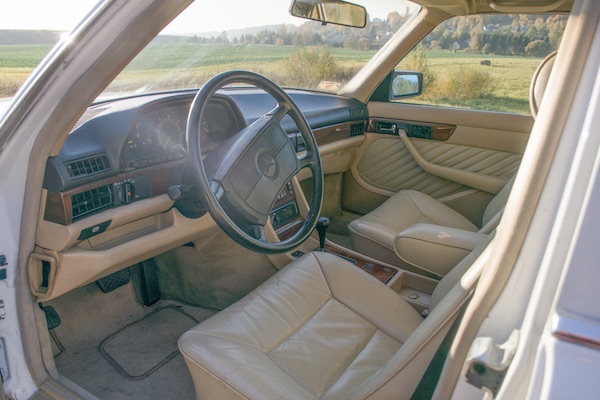 A unique feel when you get in
©Marius, AutoAgitator 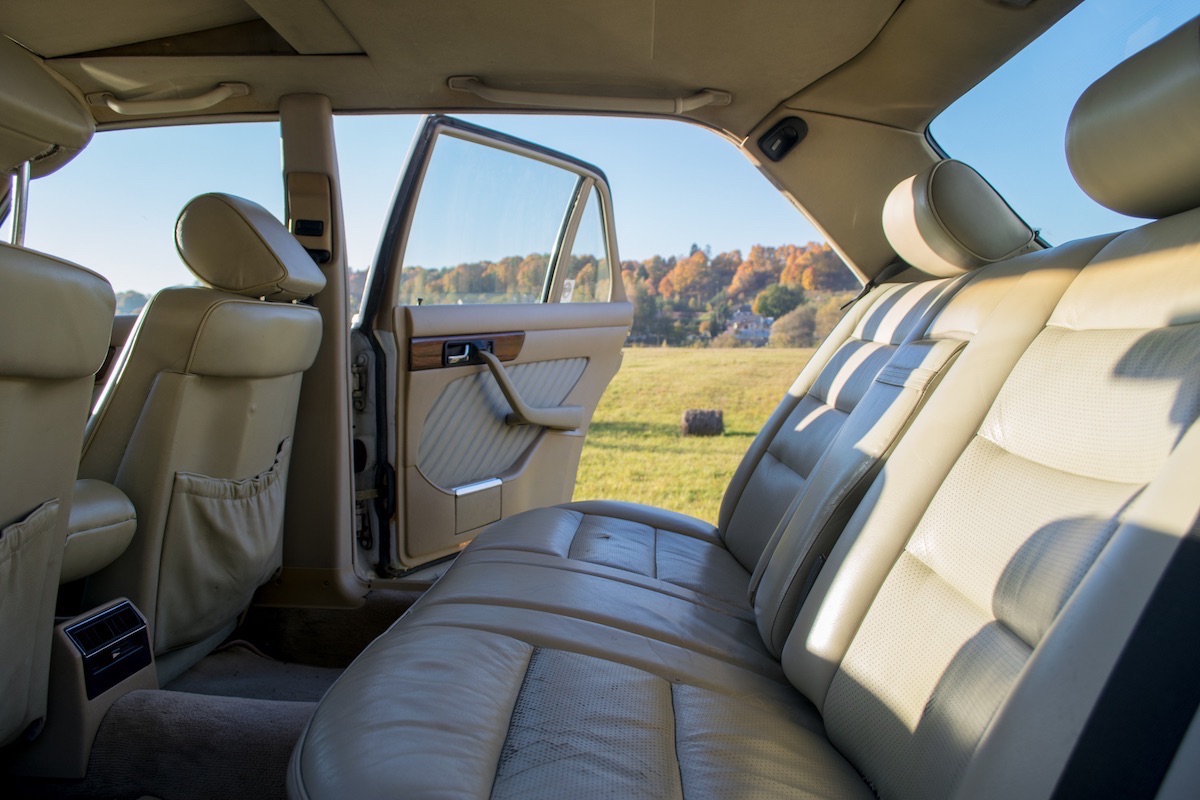 Different time zone is needed in the back since it is so far away from the driver
©Marius, AutoAgitator

Despite things as complicated as the described system some things are done in a simpler manner. The suspension for instance - just a beautifully designed mechanical symphony that makes the car super comfortable and handle pretty good for what it is. 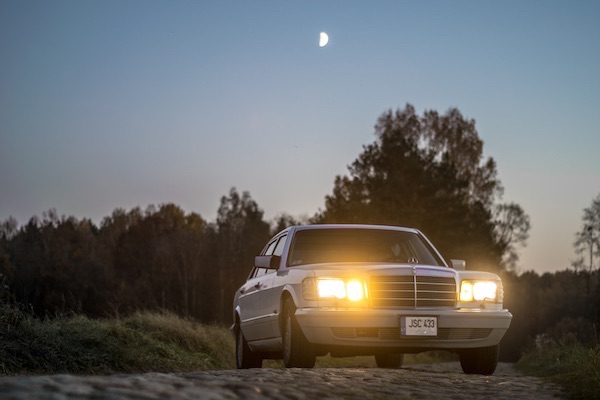 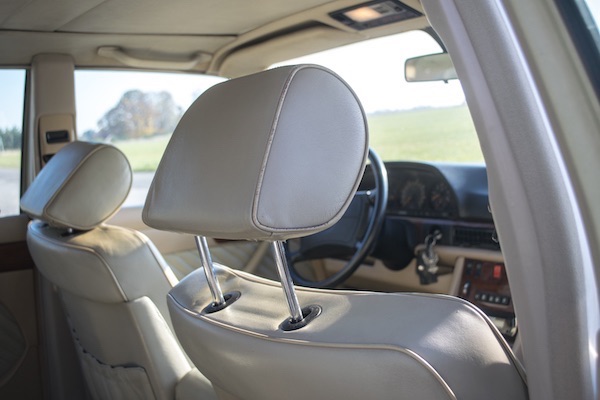 Elephant in the room

This S-Class has the (in)famous OM603.97 turbo diesel engine which was offered only in Canada and US. Some of the engines had a problem of bending rods very early in their life at about 50000 miles (allegedly cases have been reported as early as ~20 000 miles). Dealers replaced those units with ones that had beefed-up internals, so those who managed to survive to this day are very likely to continue doing so. 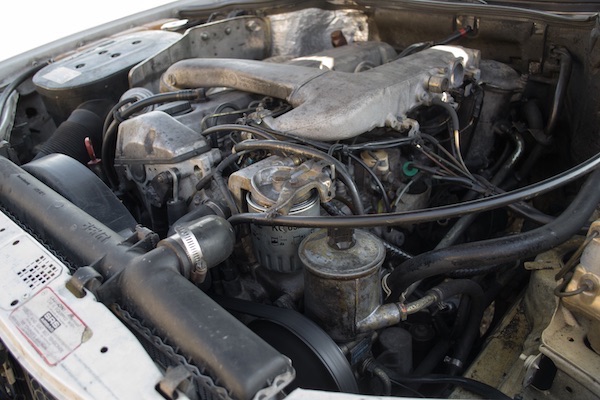 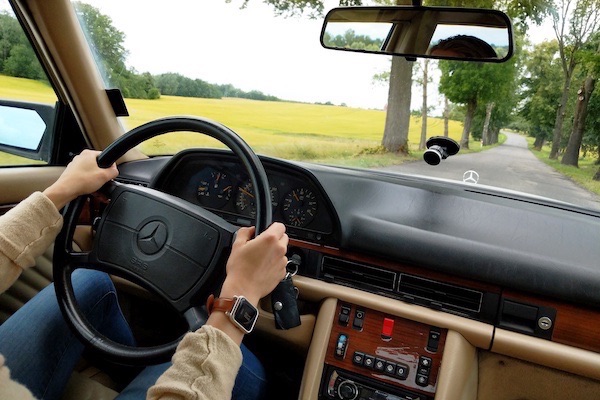 On one hand, this is a somewhat rare car with only about 3000 long wheel base models being sold. On the other - there are plenty W140 S-Classes out there, which are being pulled by the same engine, so parts are available. It's all in the hands of the beholder how he/she maintains it. Some good preventative tips would be replacing all of the old school copper circuit breakers, lubricating things like the electric sunroof rails and not letting the water drains get to dirty.