Bruno Sacco – Designer to Shape the Golden Age of Mercedes-Benz

Close your eyes and try to imagine a Mercedes-Benz. Which model did you envision? Was it the all-time taxi driver favourite W124? Or perhaps the majestic C126 500 SEC tourer? Whichever car that is, chances are it is unmistakably a Merc – boxy, solid and timeless. This iconic Mercedes aesthetic was created by Bruno Sacco, an Italian-born designer who led the brand between 1975 and 1999. He is responsible for many of the focal cars from the times when Mercedes was in the class of its own when it came to quality and status.

Interestingly, it was not a Mercedes-Benz that sparked the interest in automotive design in Sacco’s mind. He committed to follow the designer path when he first saw the Studebaker Commander penned by the great Raymond Loewy in 1951 Turin Auto Show. At the time, Sacco lived in Turin which was home to some of the greatest Italian design powerhouses. That helped him to pursue the career tremendously. During his time there he did some work for Ghia and Pininfarina. At the same time, he looked beyond Turin, admiring and studying some of the best designs of the era like Mercedes-Benz 300 SL Gullwing, as well as Le Mans and Carrera Panamericana racers. Pretty soon the gifted and keen designer landed a job at Daimler-Benz when he was just 24 years old. Initially, he worked under the leadership of Friedrich Geiger and Paul Bracq, another of the industry greats.

This was a formative period for Sacco’s approach to car design. As Sacco himself put it, “ good design is characterized by the lack of knickknacks”. It had to be bold yet simple, really rather far from the aforementioned Studebaker Commander, with its chrome-clad space-age design.

Capable Bruno Sacco eventually worked his way up to spearhead the brand. The first project he was fully in charge of was the W126 Mercedes-Benz S-Class. The brief was straightforward yet challenging – Sacco had to modernize the flagship model while retaining the brand’s DNA. He set out to work and designed the new design language of Mercedes that would be used for the decades to come. Crucially, new models couldn’t make their predecessors look outdated, and each car had to carry the traits of Mercedes-Benz. Sacco referred to this approach as “Mercedes-Benz design philosophy”. 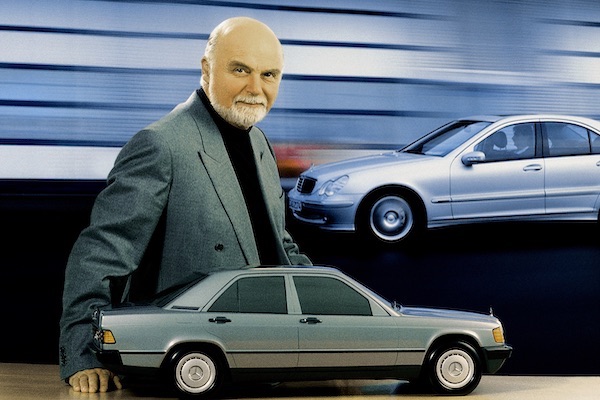 Sacco regards 190 as one of best designs
© Daimler Media 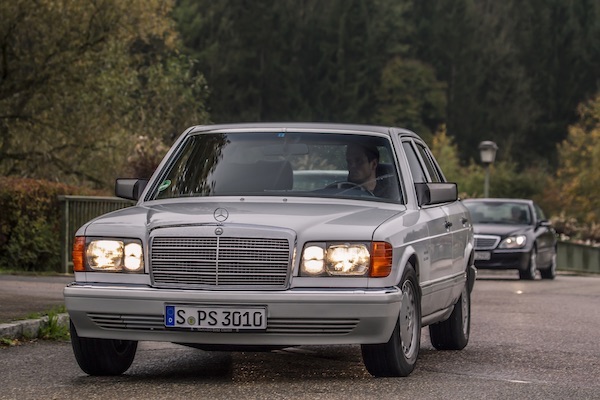 According to Sacco, new models should not make their predecessors look outdated as Mercedes are supposed to last for decades
© Daimler Media

Mercedes-Benz 190 (W201) was perhaps the best embodiment of this new design philosophy. When designing the baby Benz, Sacco shrunk down the proportions and toned down on luxury, while retaining the solid styling and top-notch image. The car was meant to be an entry-level Merc, for people buying a car with a trident star for the first time. Sacco himself reflected that “[…] the 190, was meant to capture a new market. Its design required a certain aggressiveness: a general wedge shape, a clean-cut tail, the seaming of the rear window.” It was a great success, and to this day the designer recognizes it as one of his greatest achievements. 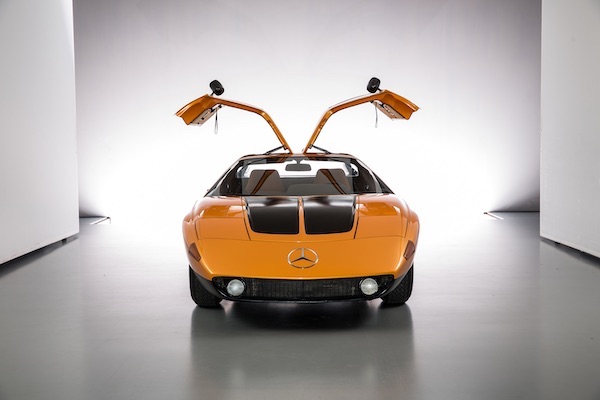 The groundbreaking C111 was also penned by Sacco
© Daimler Media 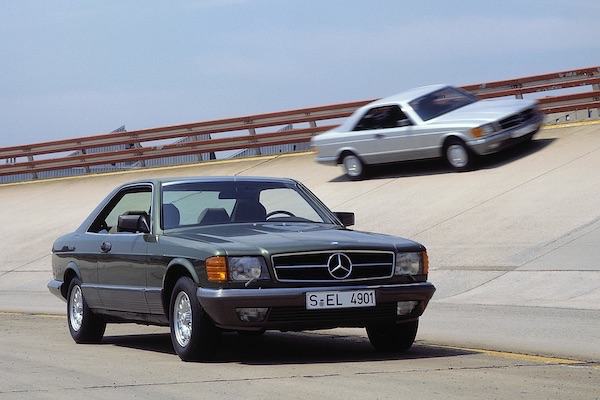 But don’t think for a moment that Bruno Sacco is only capable of penning serious yet mildly dull executive saloons. In fact, Sacco conceived one of the marques most exciting concepts, the C111 Mercedes as well. While it was undoubtedly groundbreaking as an experimental platform, breaking a number of speed and fuel efficiency records, this gull-winged coupe also went down in history as one of the most spectacular designs from Mercedes-Benz. 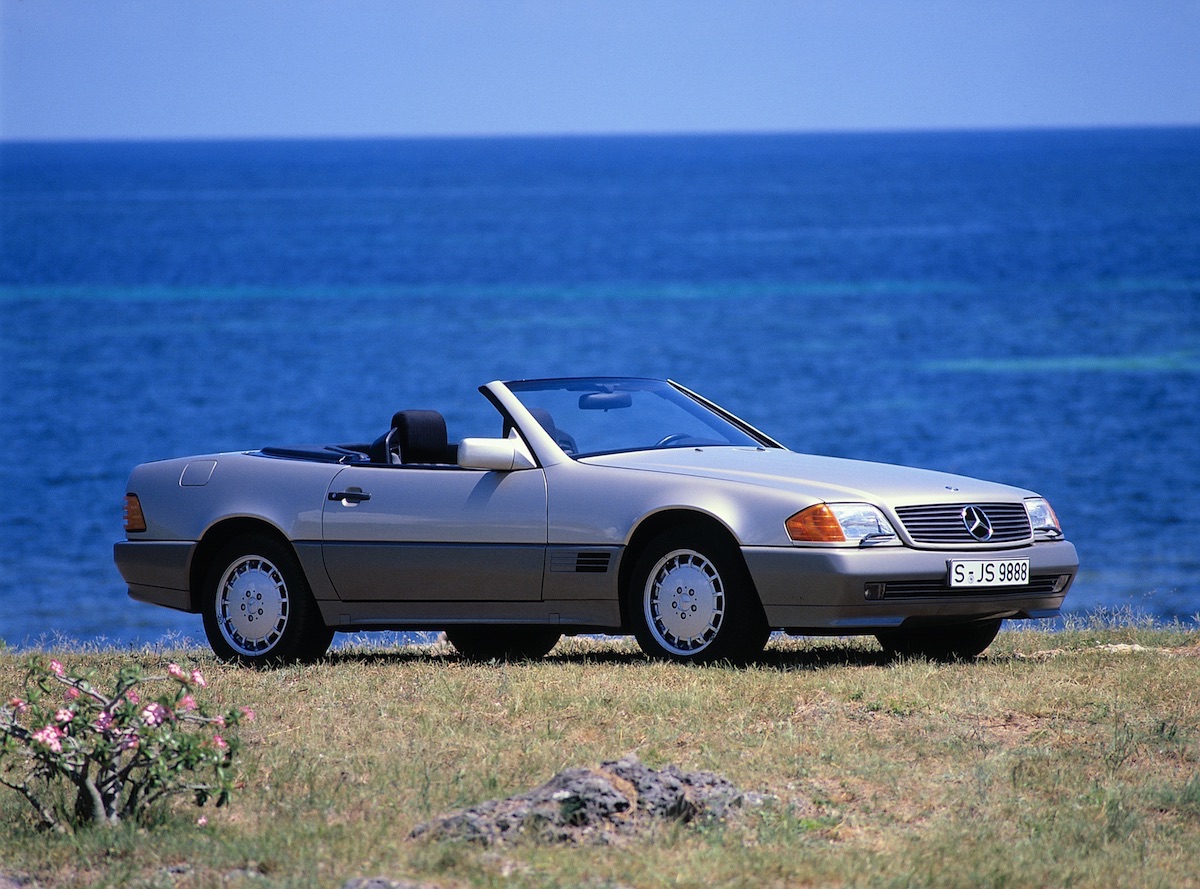 After influencing the design of every model presented by Mercedes for several decades, Bruno Sacco resigned from the company in 1999. Still, his influences echo in contemporary models. He once said that “A Mercedes must always be recognizable as a Mercedes”, which still holds true. He’s also regarded as one of the most influential automotive designers of the late 20th century, with multiple awards to his name, including inductions into the Automotive Hall of Fame and European Automotive Hall of Fame.